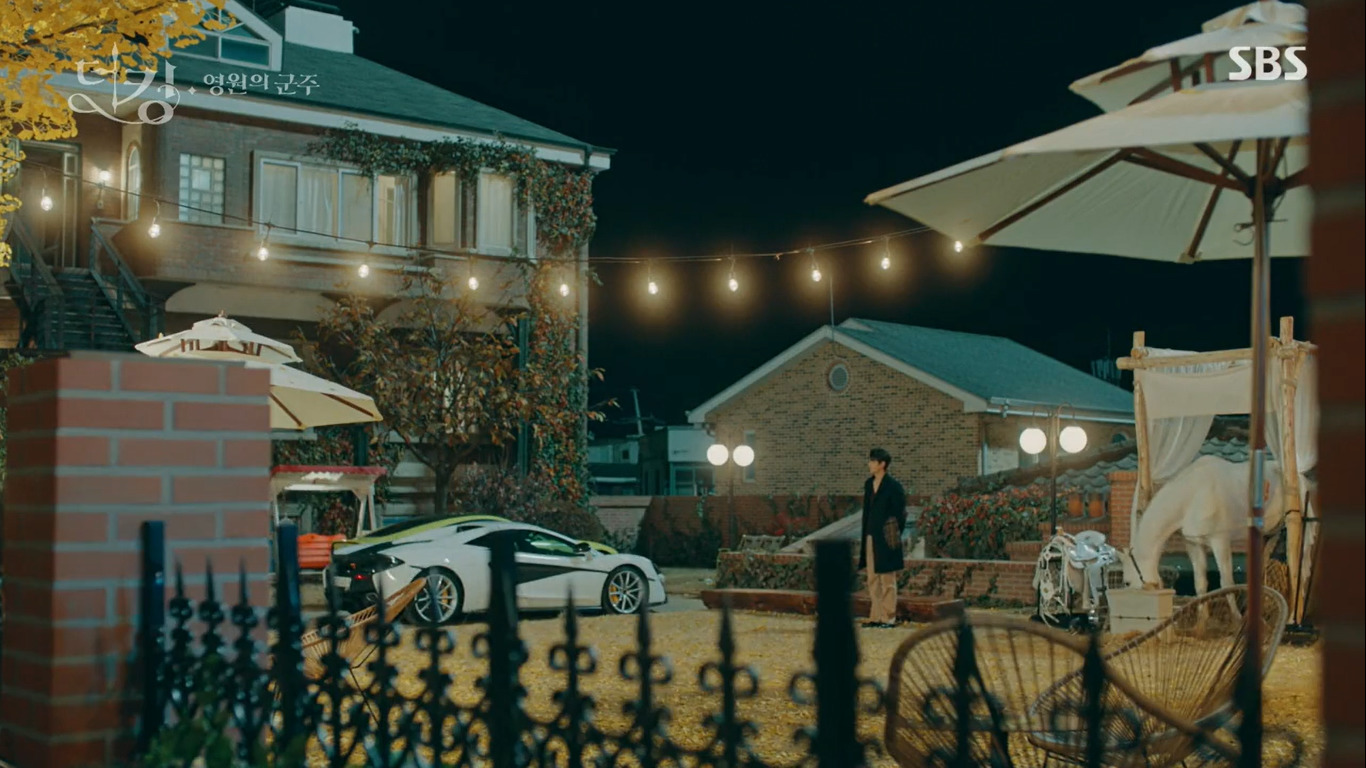 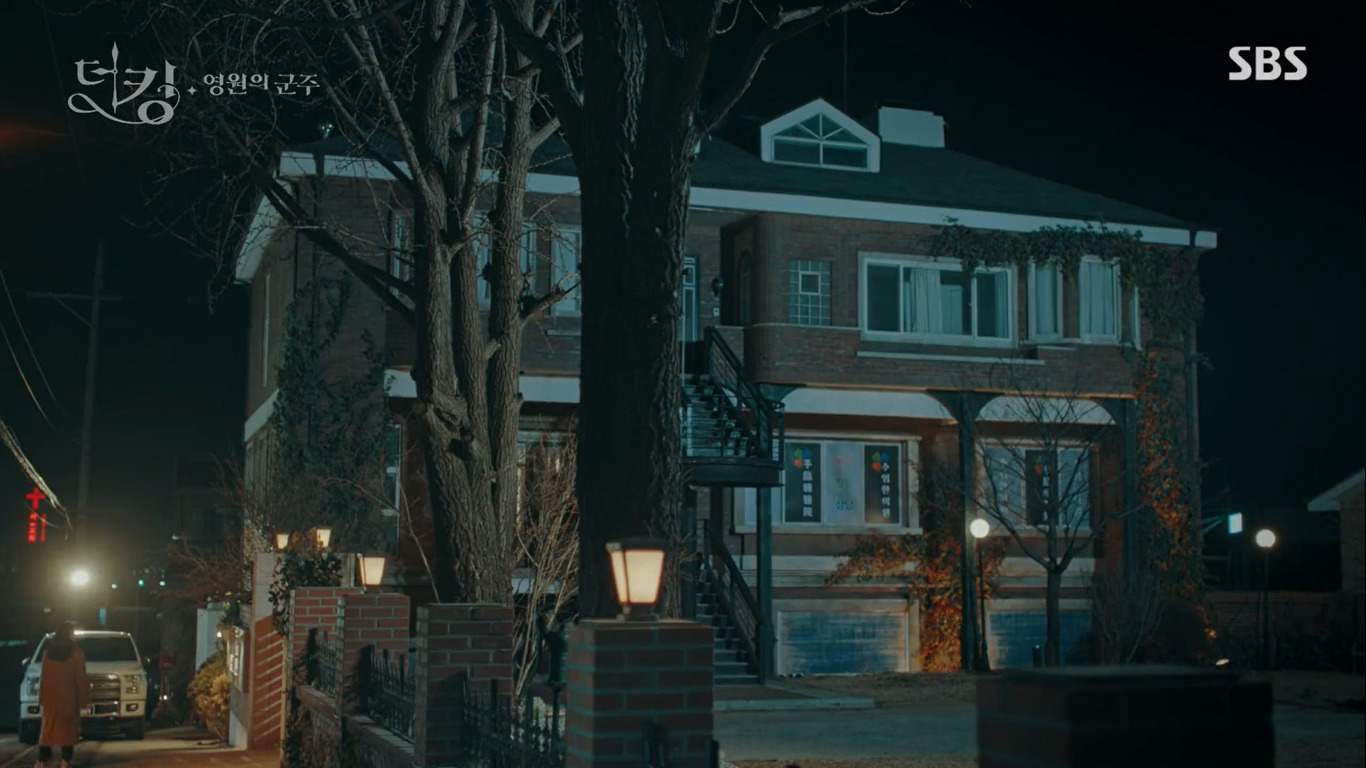 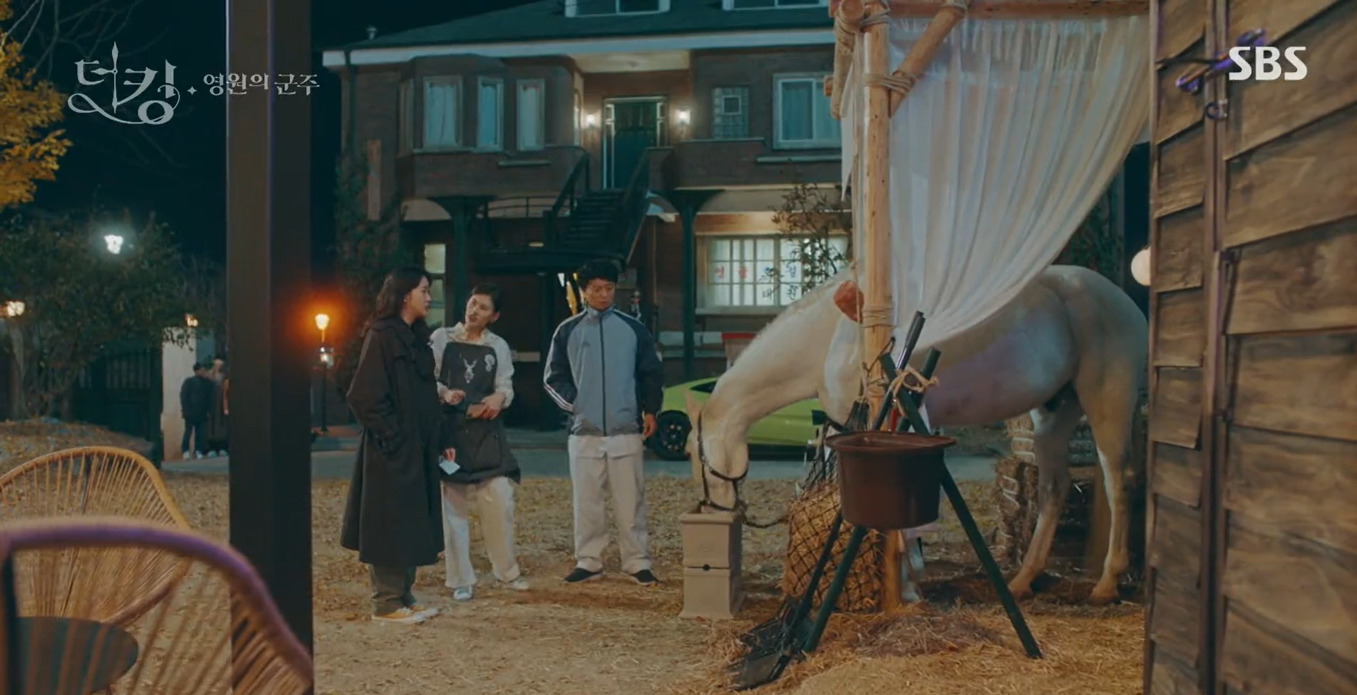 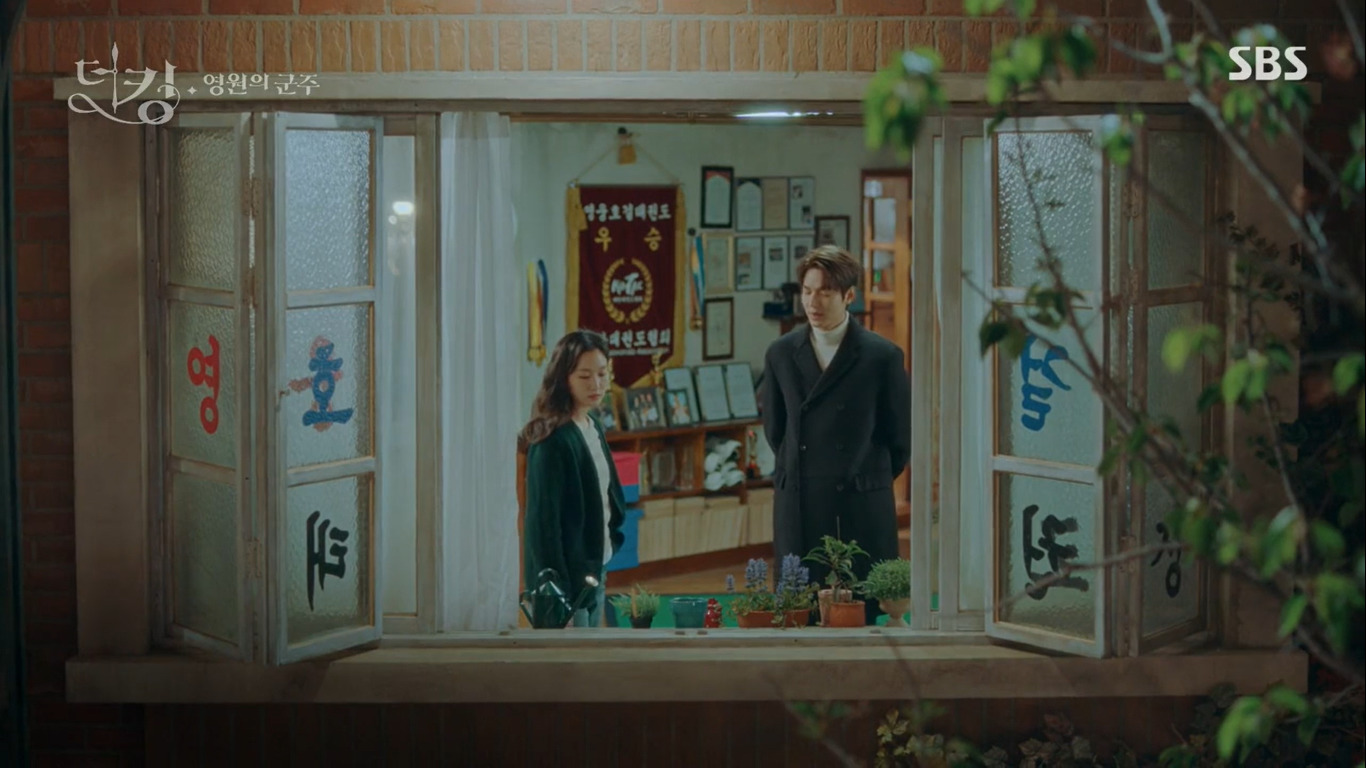 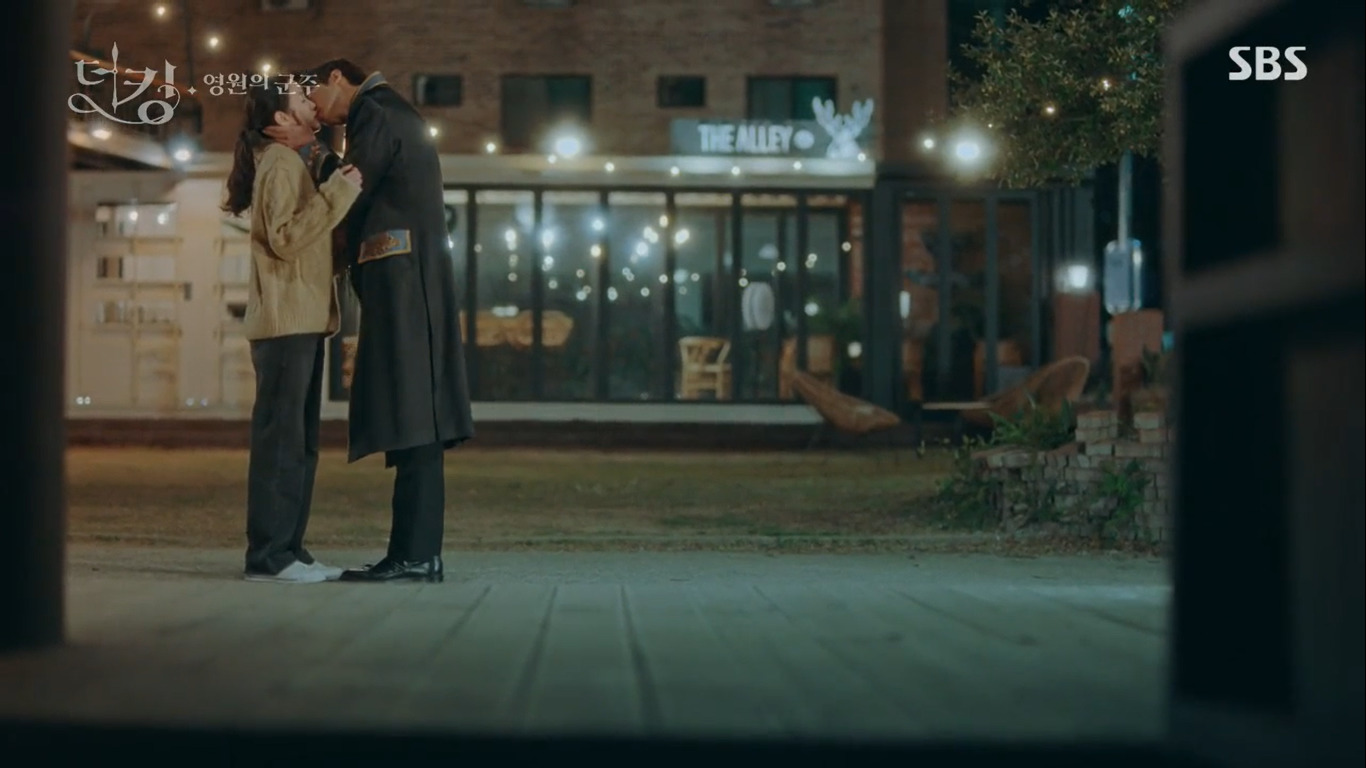 It is here at this large house that Jeong Tae-eul (Kim Go-eun) has lived with her father for many years, where he also runs Hero Taekwondo School (영웅호걸 태권도장) in The King: Eternal Monarch (더킹:영원의 군주) (SBS, 2020) — first seen in episode 2 (and seen in most episodes onwards). The building is owned by friend Myung Na-ri (Kim Young-ji) who runs The Alley Café, situated on the far side of the property. The wide front yard has ample space for car parking and for King Lee Gon (Lee Minho) to stable his horse, when he visits the Republic of Korea.

Dan B Coffee Shop [단B커피숍/단비커피숍], that opened in mid-2020 right after The King: Eternal Monarch finished filming, is a café located in Chungju’s neighborhood of Munhwa [Munhwa-dong/문화동]. Before the filming, the building housed a Taekwondo school and according to maps, either  a pharmacy ‘이훤단비약국’ or a tech company. Photos from inside the café can be seen on this blog.