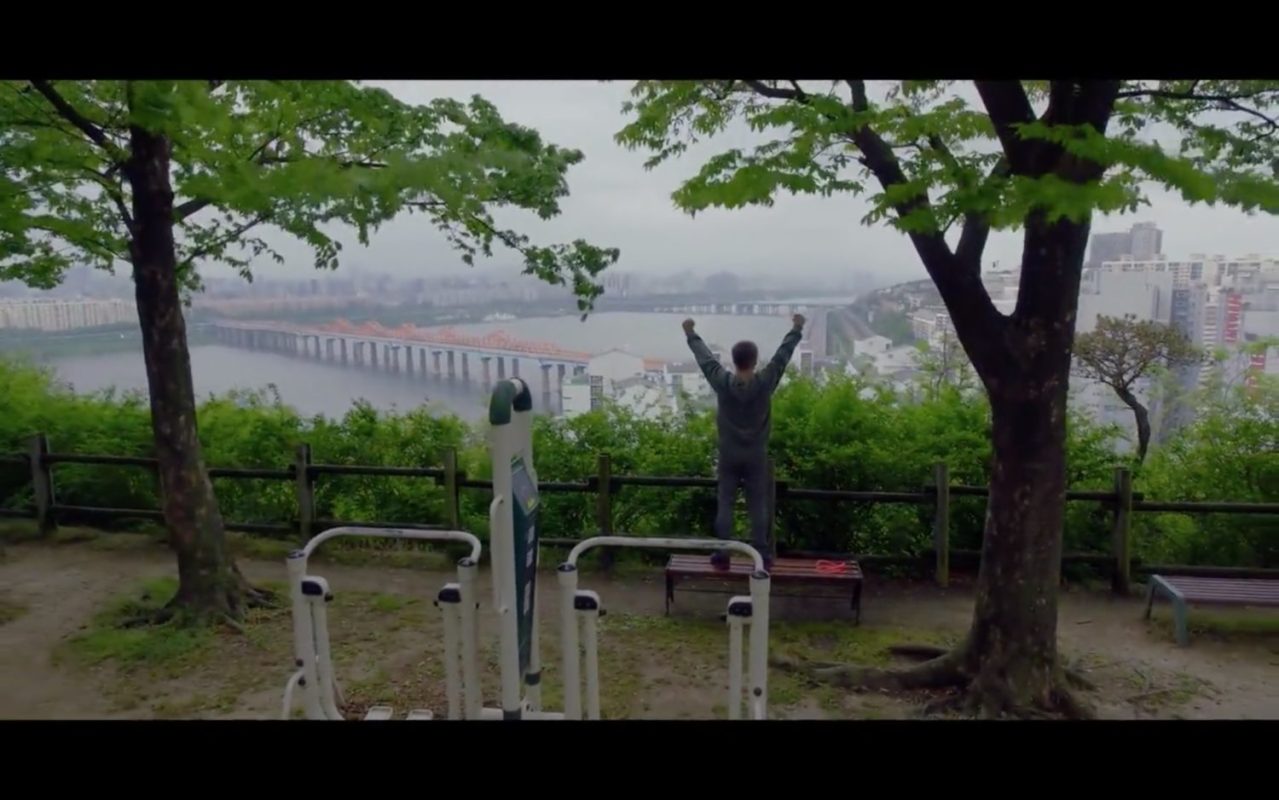 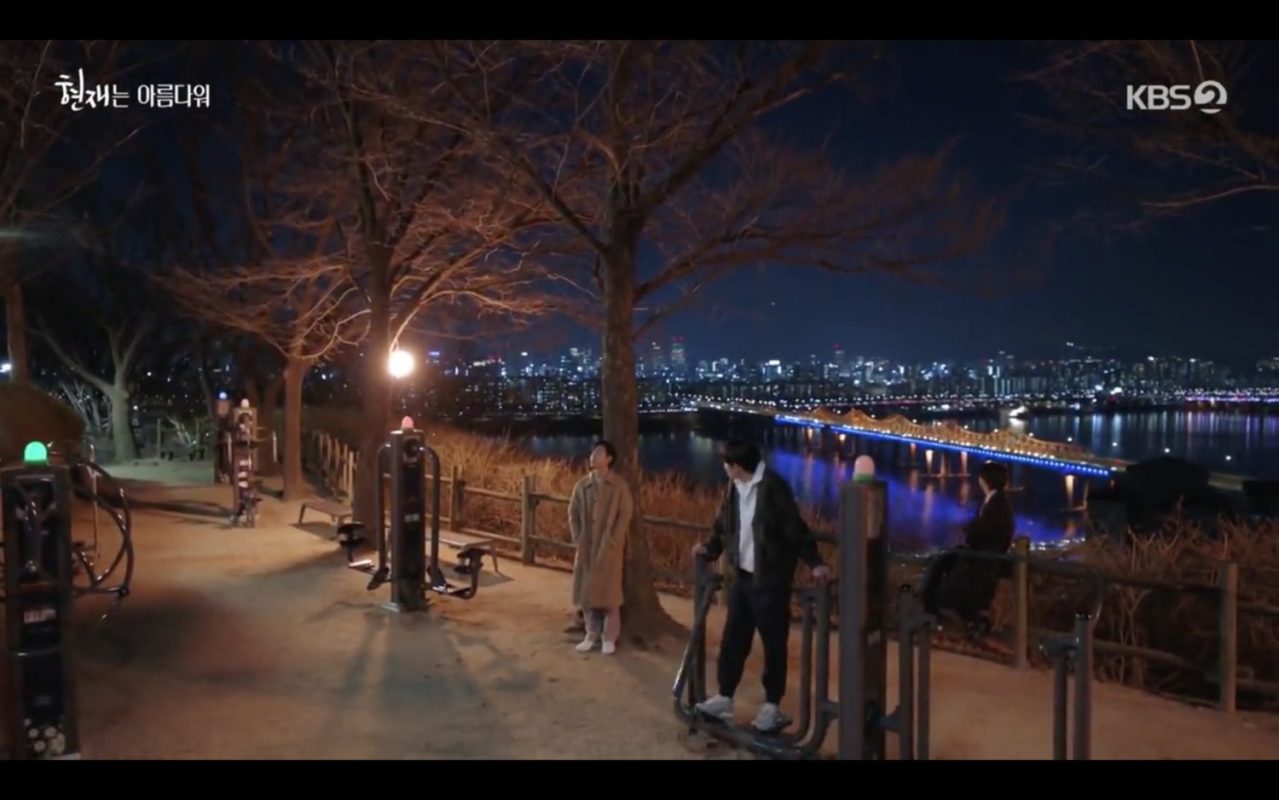 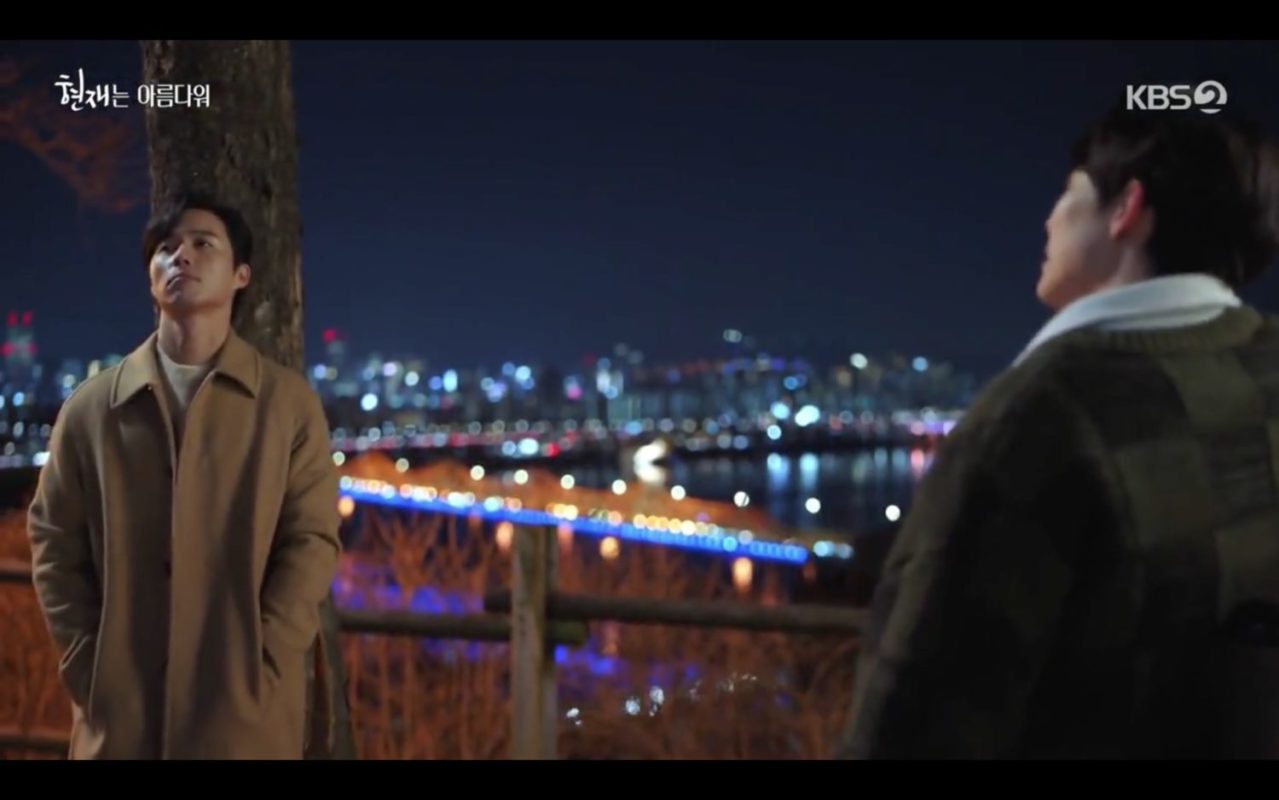 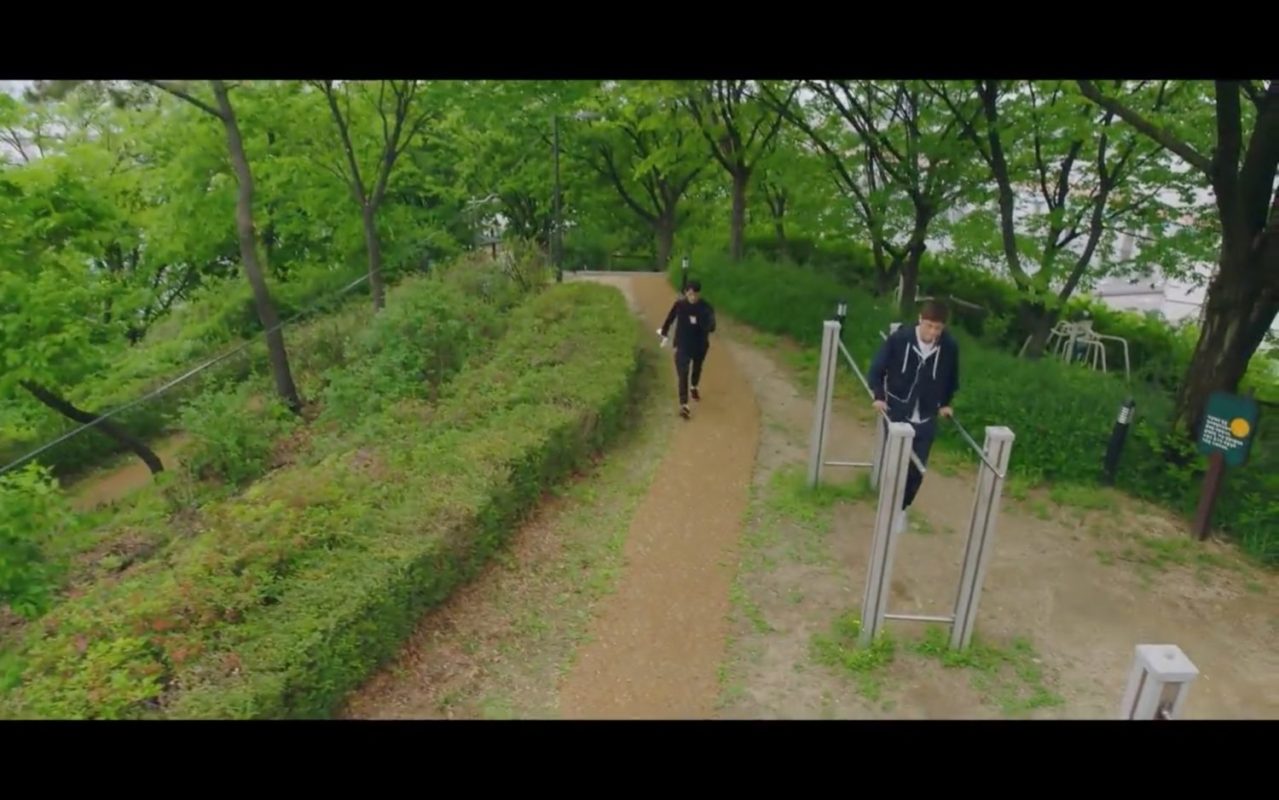 The three brothers Lee Hyun-jae (Yoon Shi-yoon), Lee Yun-jae (Oh Min-suk) and Lee Soo-jae (Seo Bum-june) come to this park at night in episode 3 of It’s Beautiful Now/Now Is Beautiful/It’s Beautiful Right Now (현재는 아름다워) (KBS2, 2022) to discuss their participation for the “race to marriage” (with an apartment as a prize) proposed by their parents.

Sa Hye-jun (Park Bo-gum) and his grandfather train at this park in Record of Youth/The Moment/Youth Record (청춘기록) (tvN, 2020), as seen, for instance, in episode 6.

The park was named Dalmaji (달맞이), which translates to ‘Moon Watching Place’, because residents climbed it to welcomed the full moon of the New Year during Jeongwol Daeboreum (정월 대보름), or the Great Full Moon Festival (celebrated annually on the 15th day of the first month of the lunar calendar). This practice is considered an ‘ancient ritual‘ during which people in Korea “go out to the highest point for dalmaji, which means to welcome the full moon.” On this occasion, brushwood (daljip) would be burned as an act of prayer. The tradition of burning daljip in Songsan Village was designated as Intangible Cultural Property No. 24 of Jeollanam-do Province.