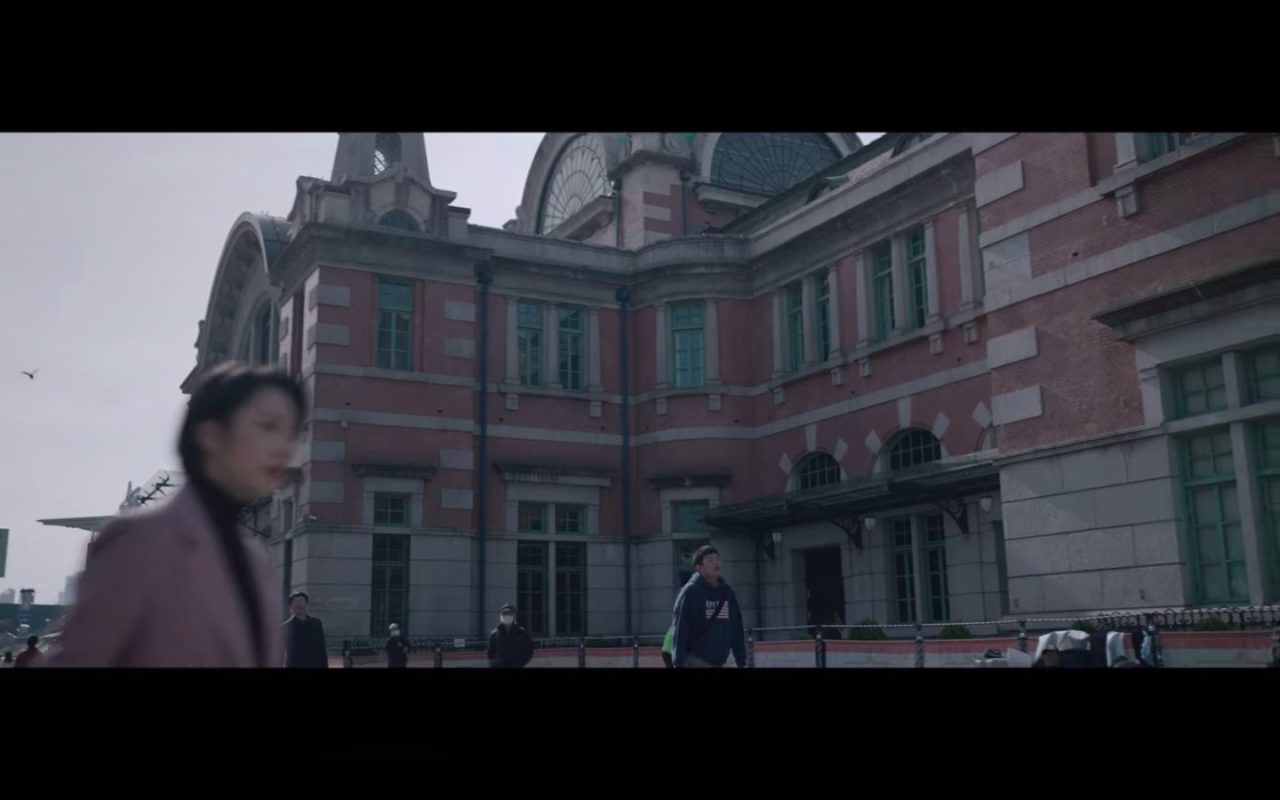 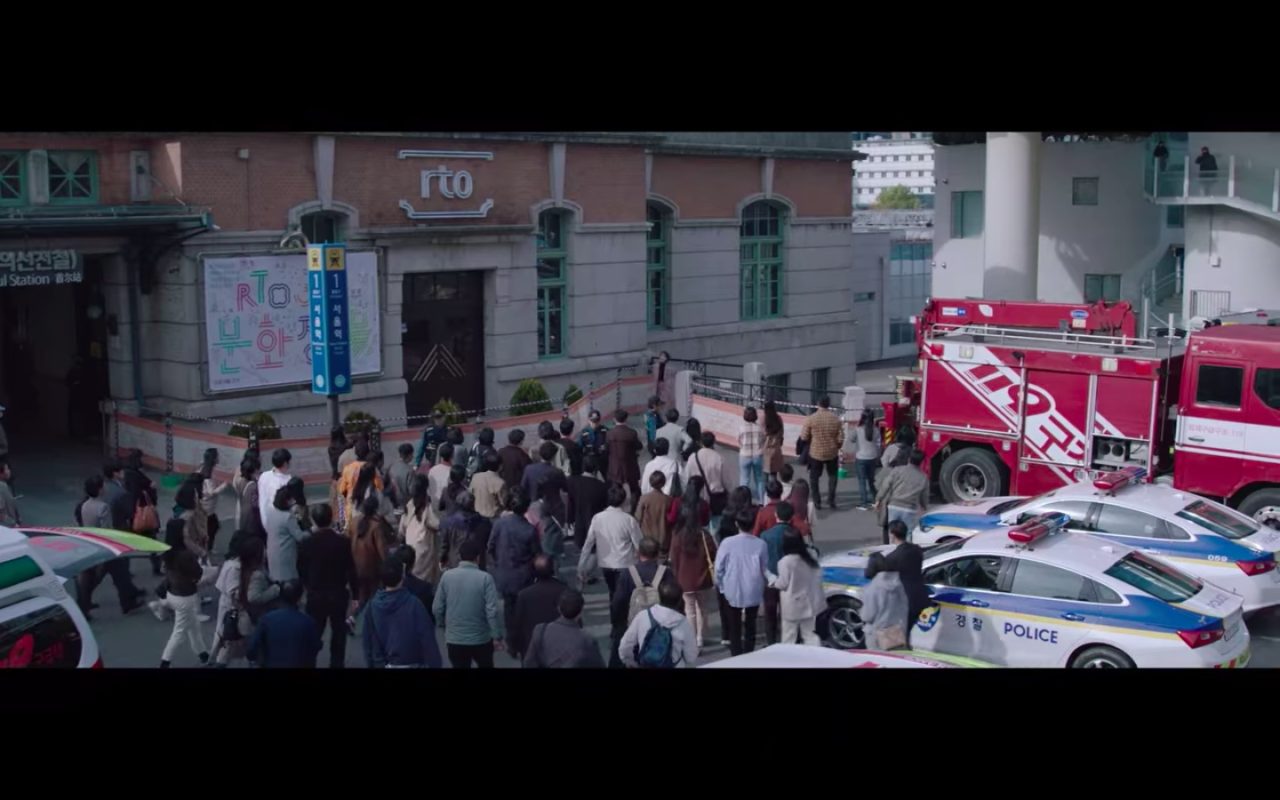 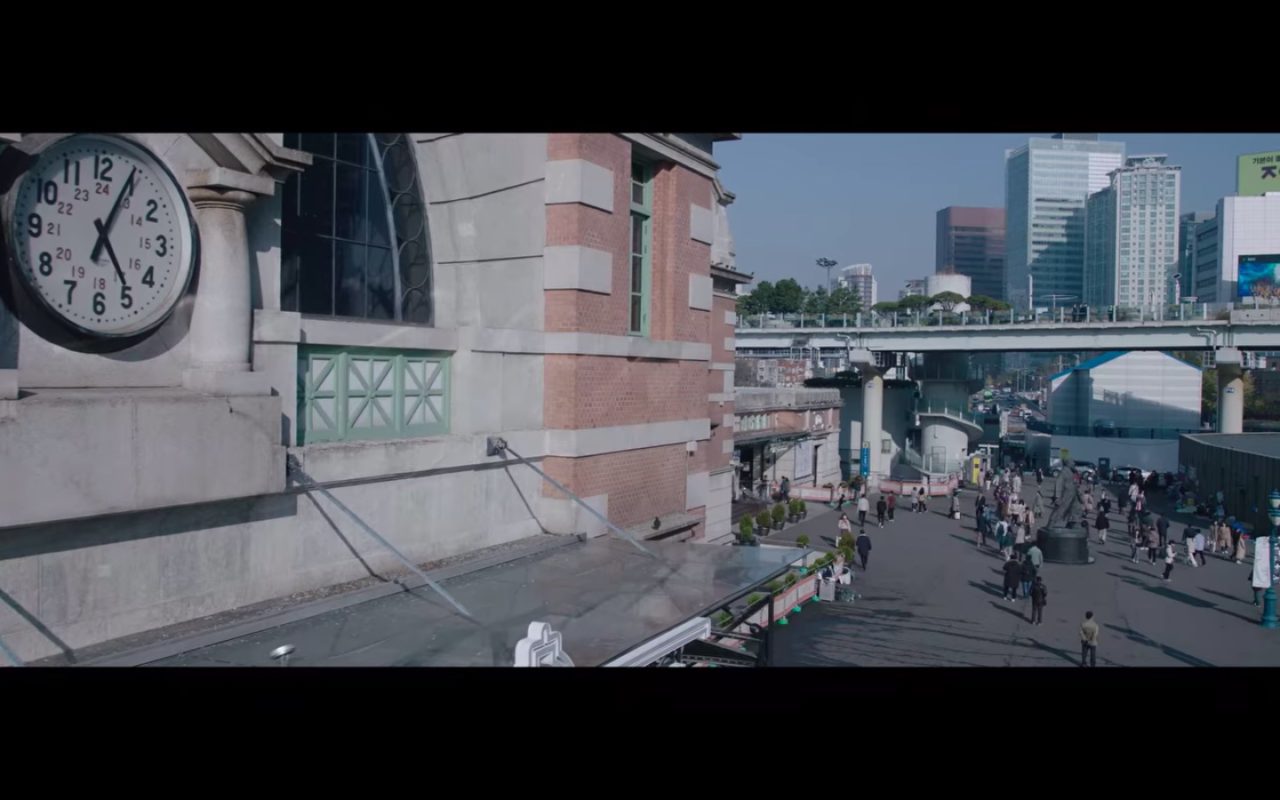 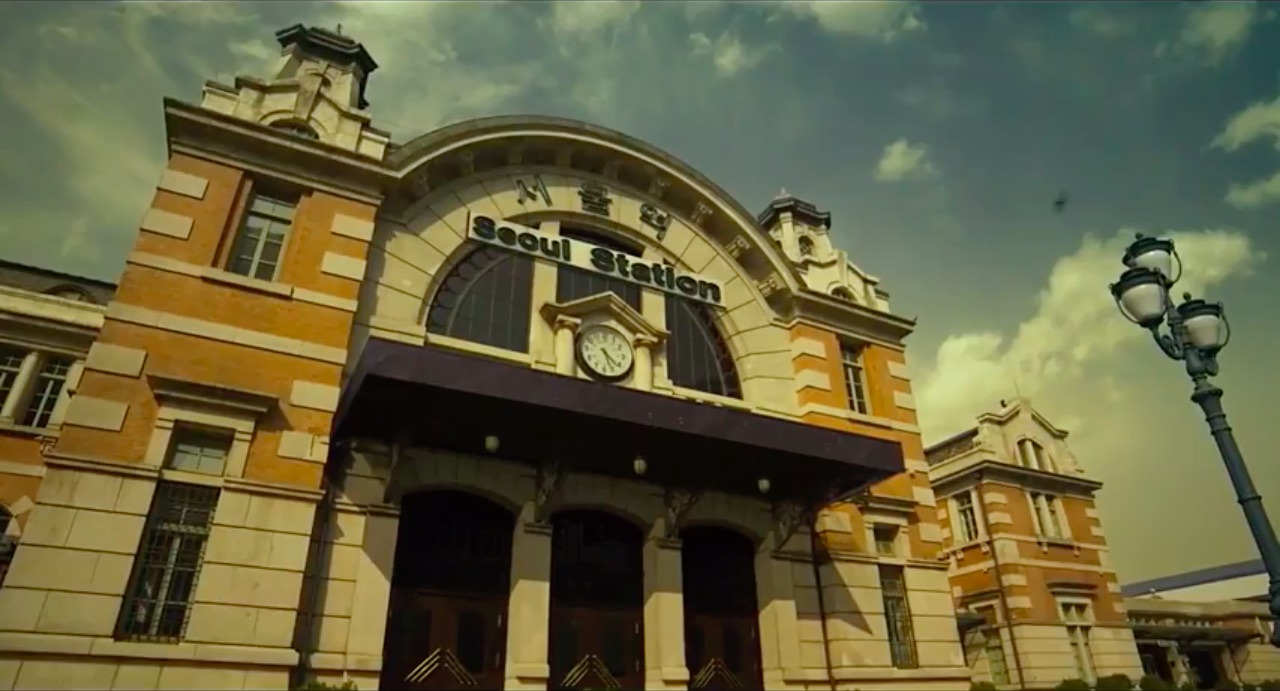 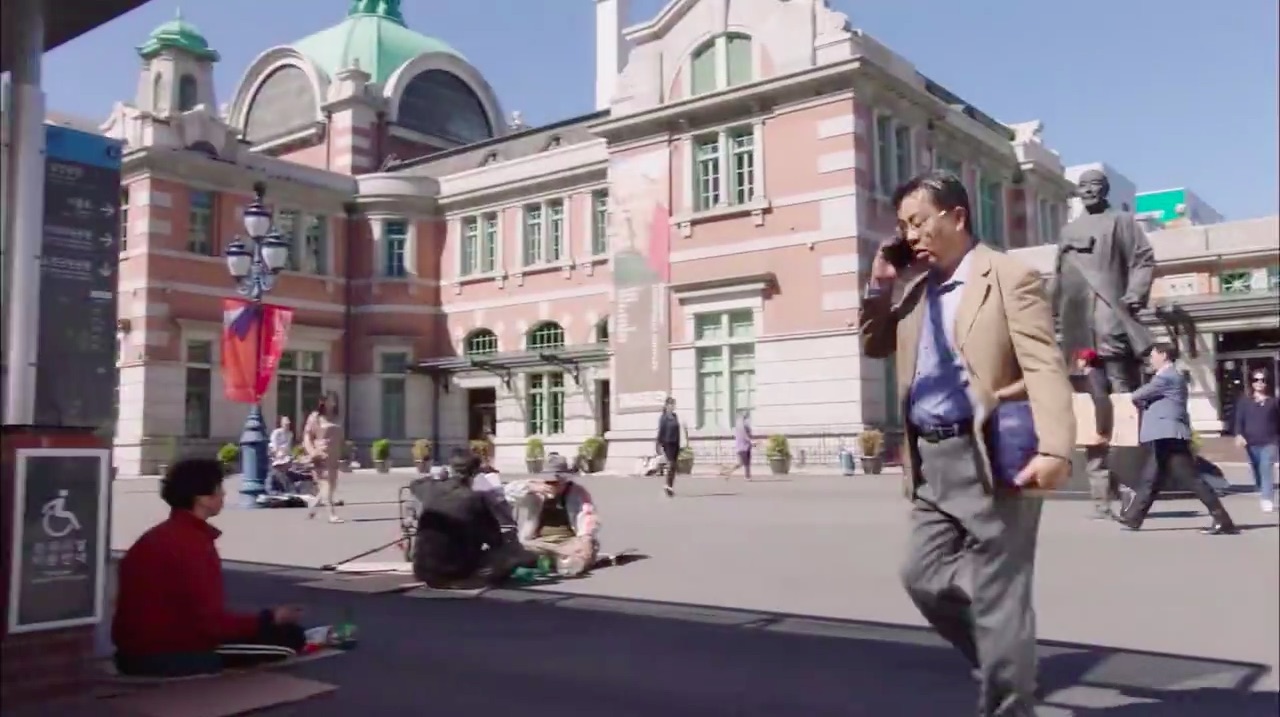 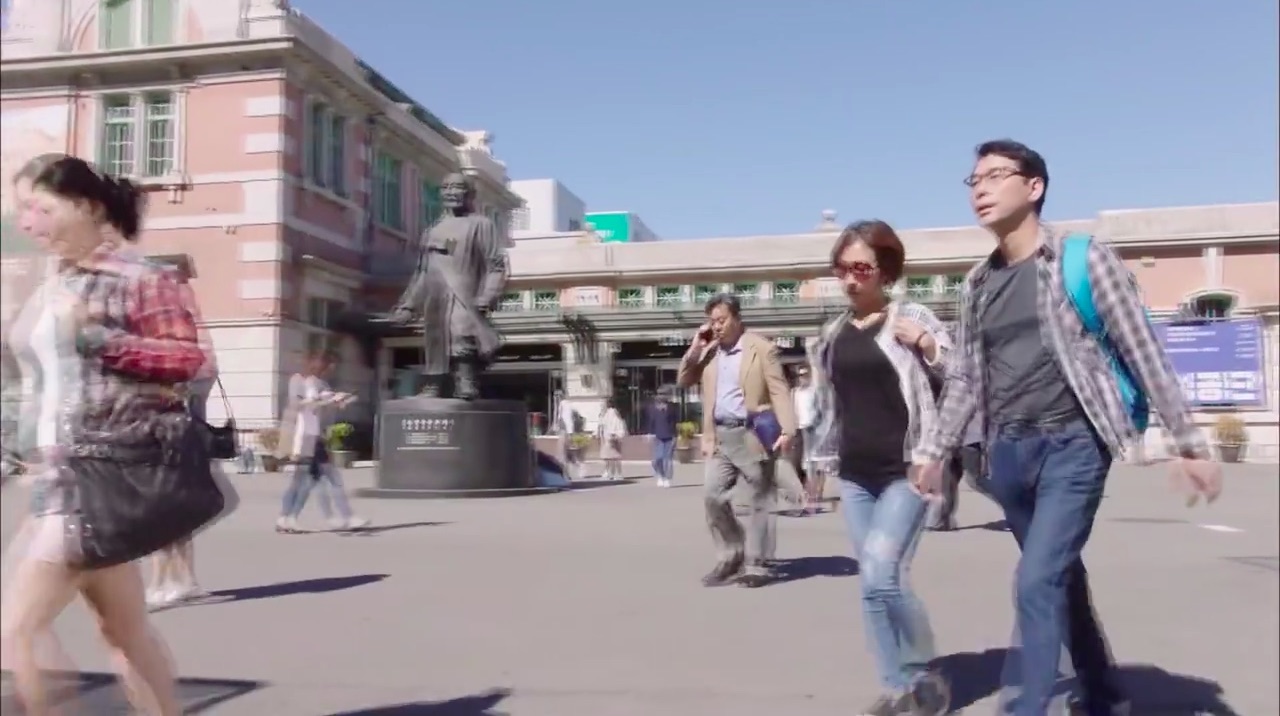 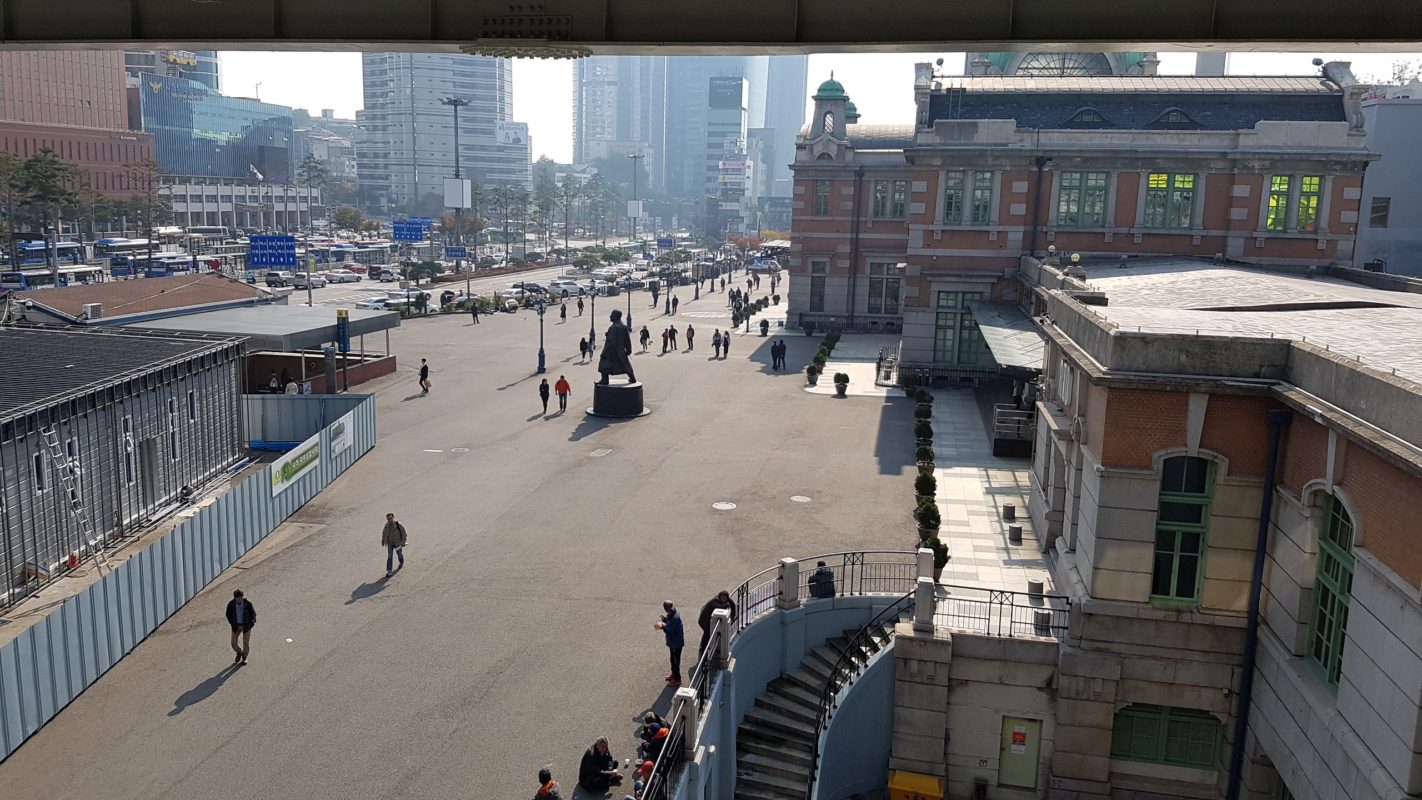 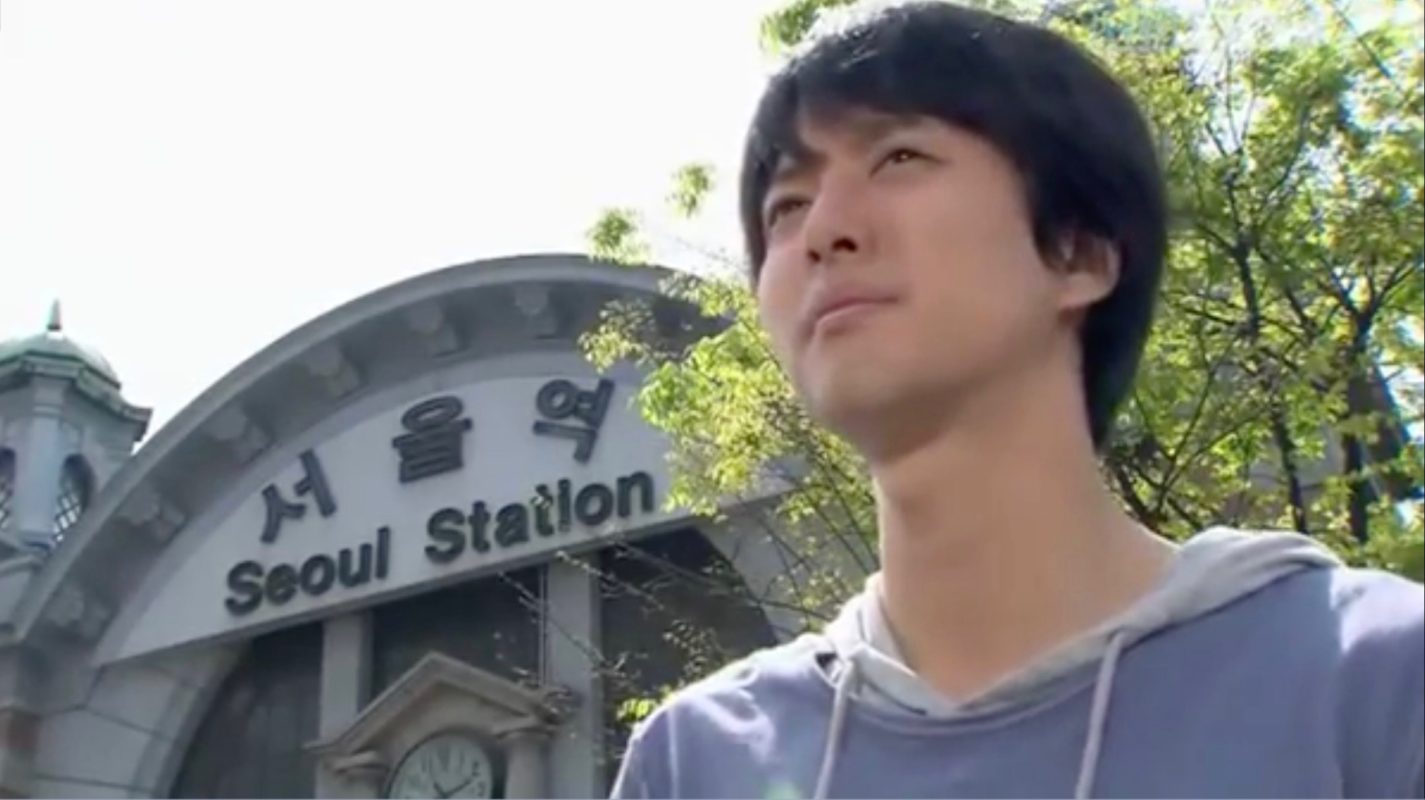 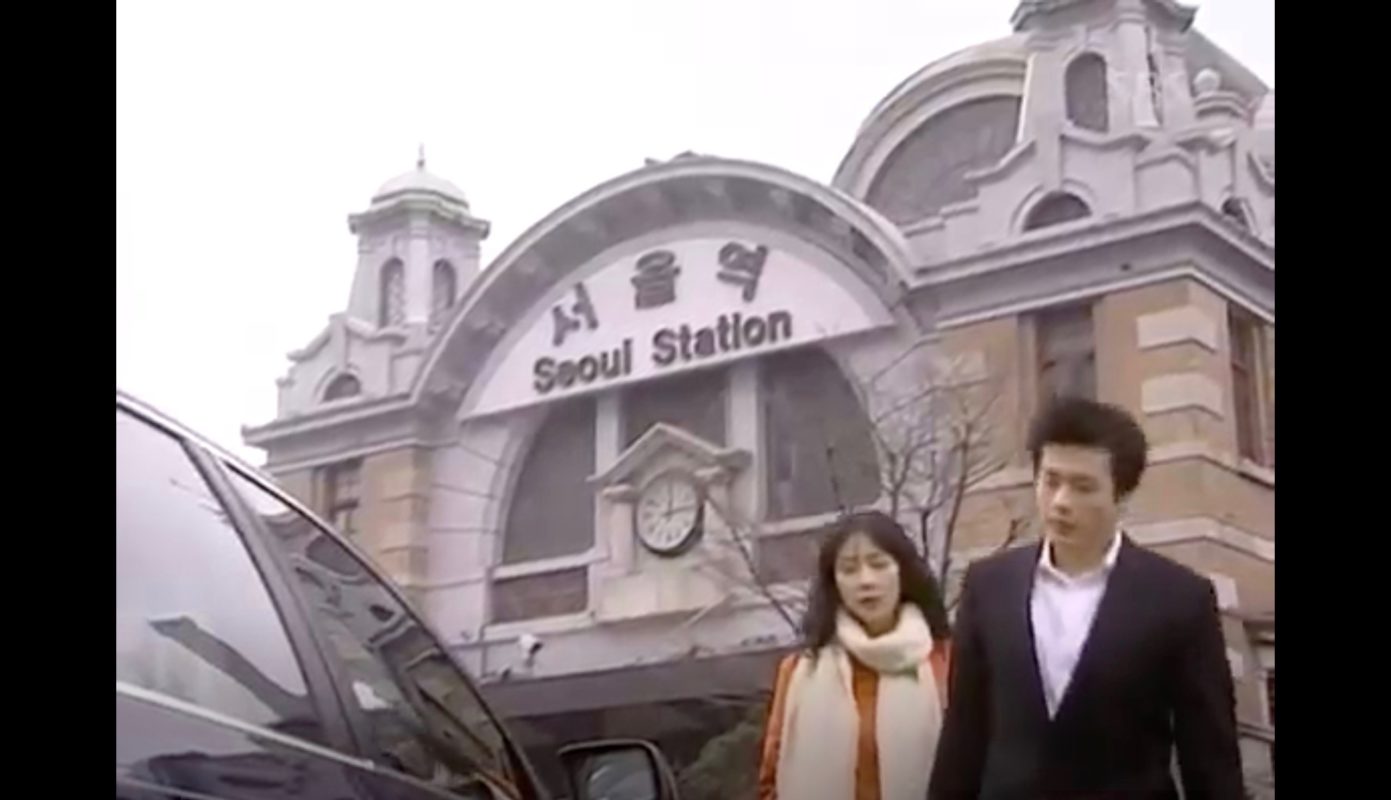 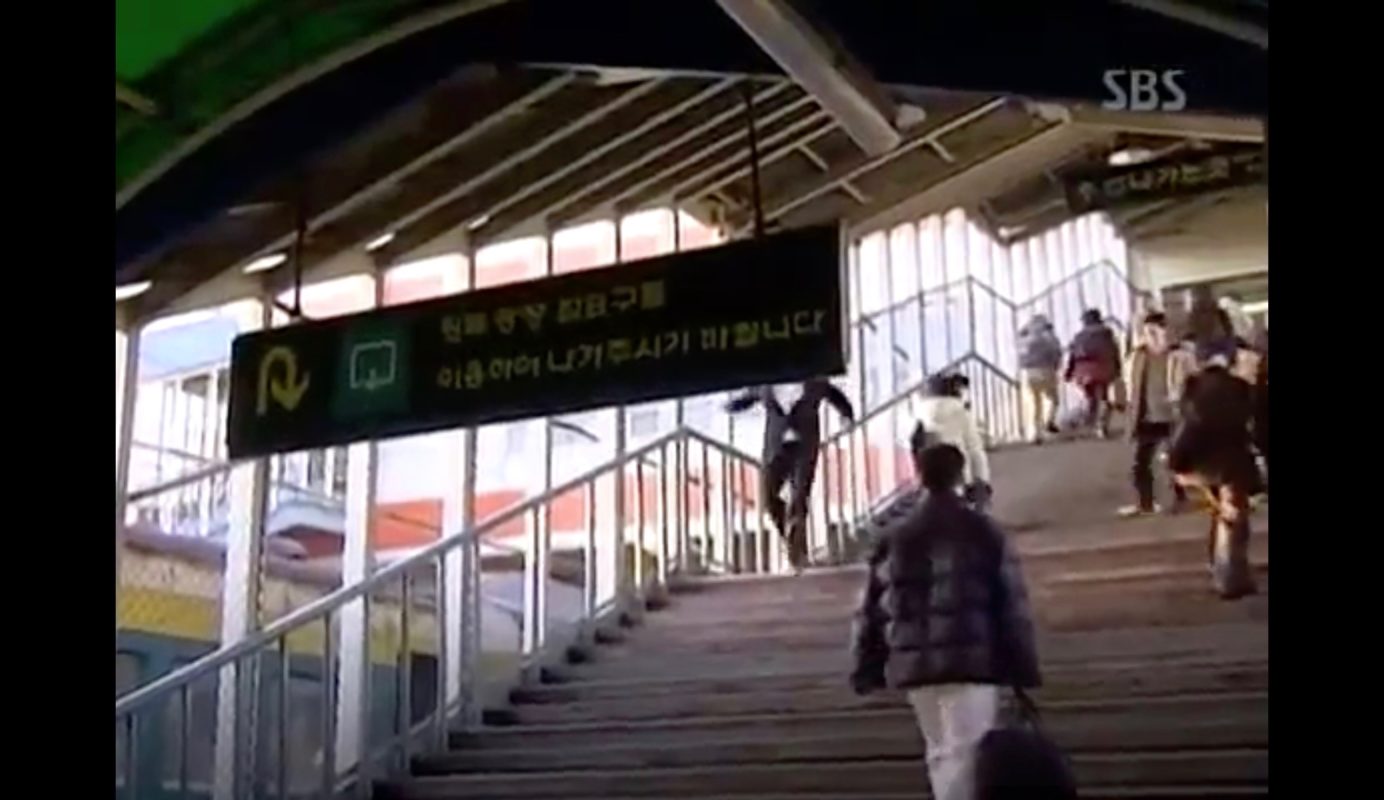 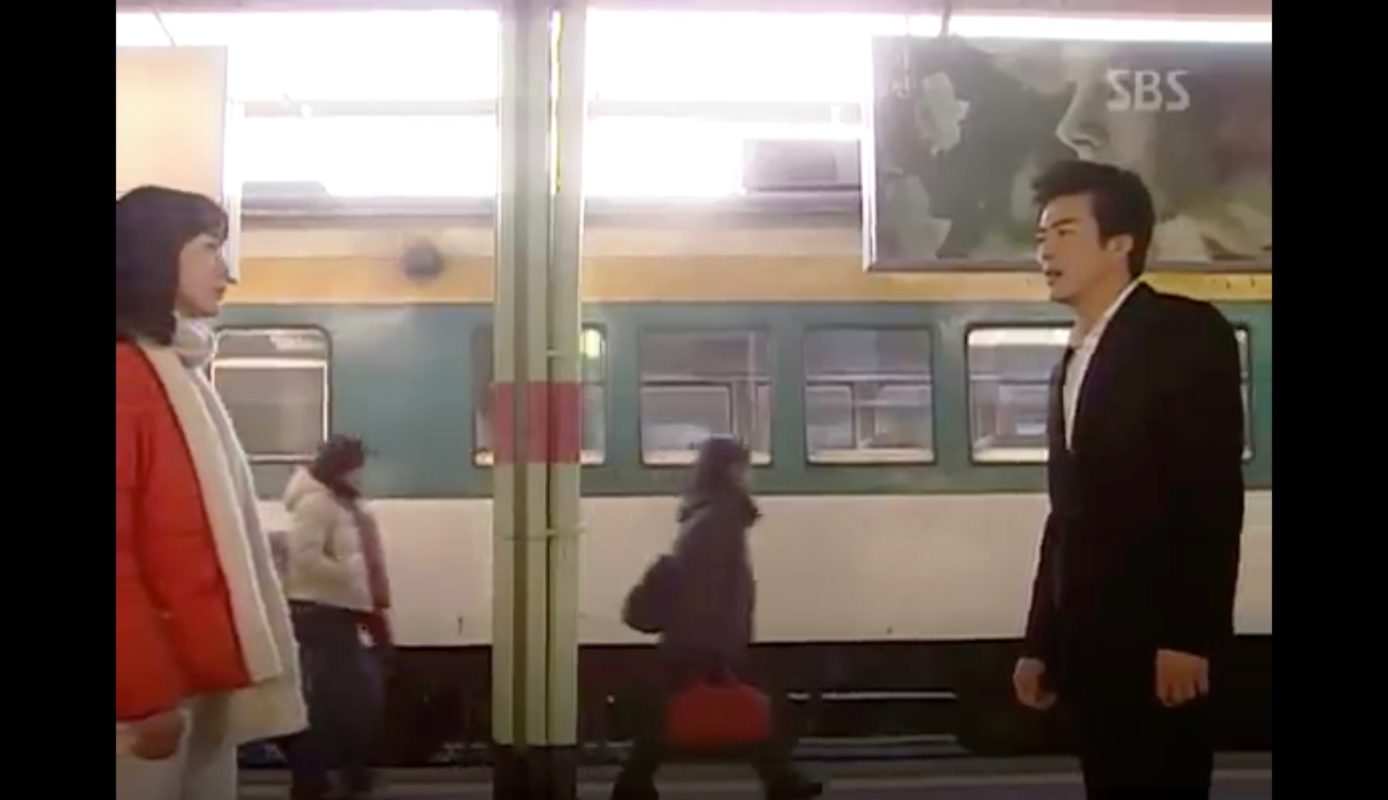 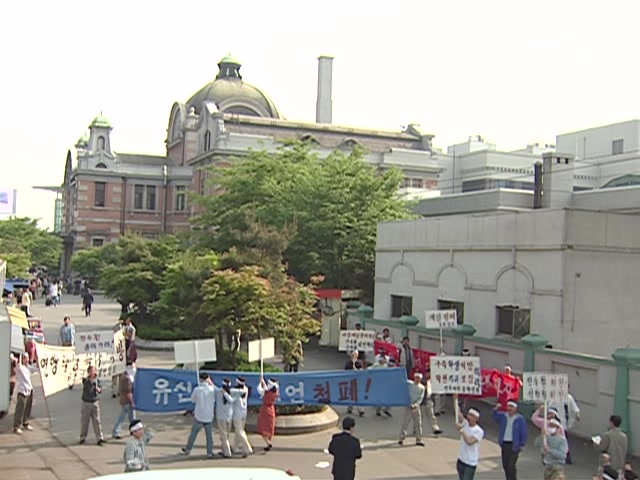 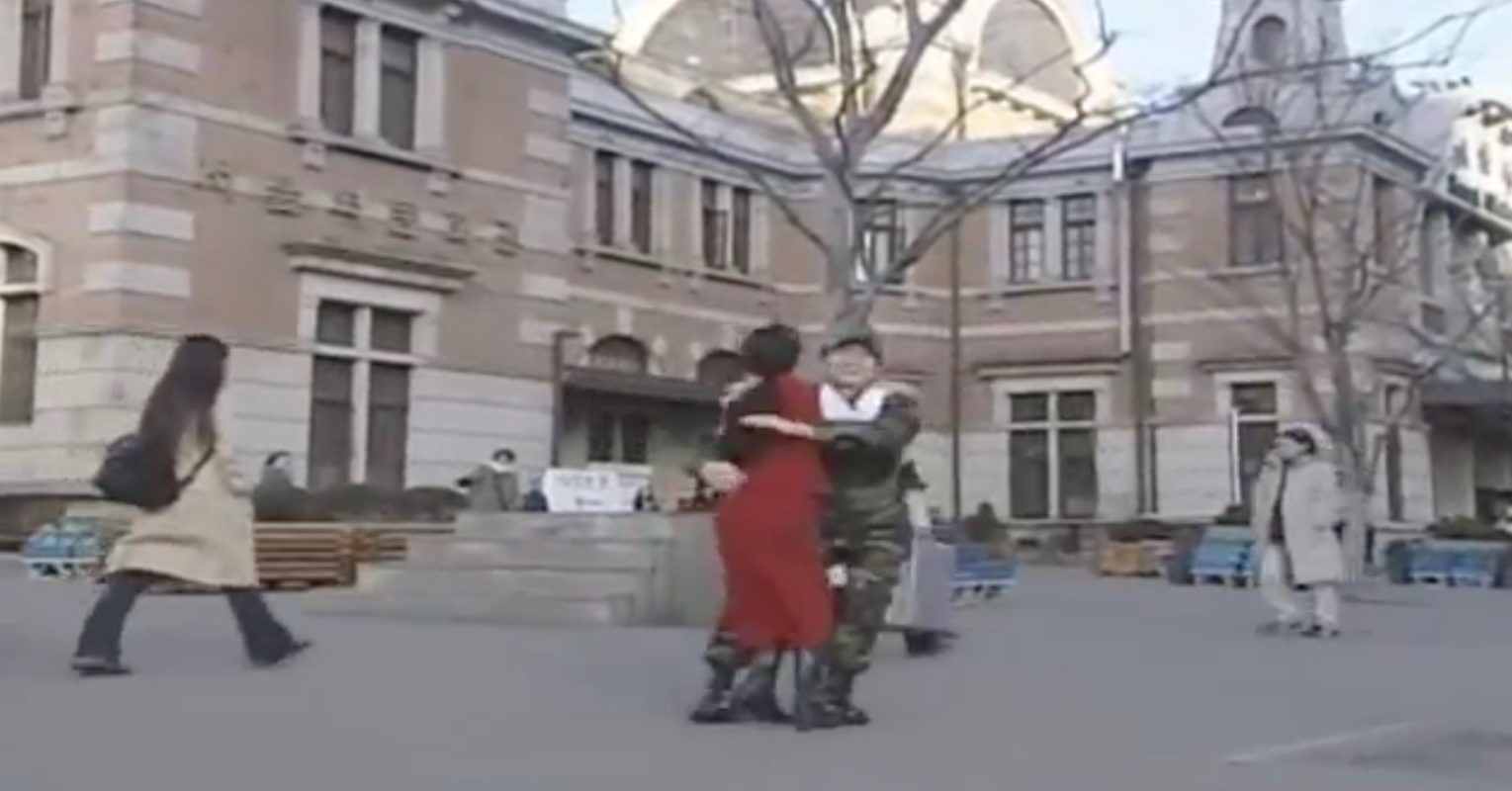 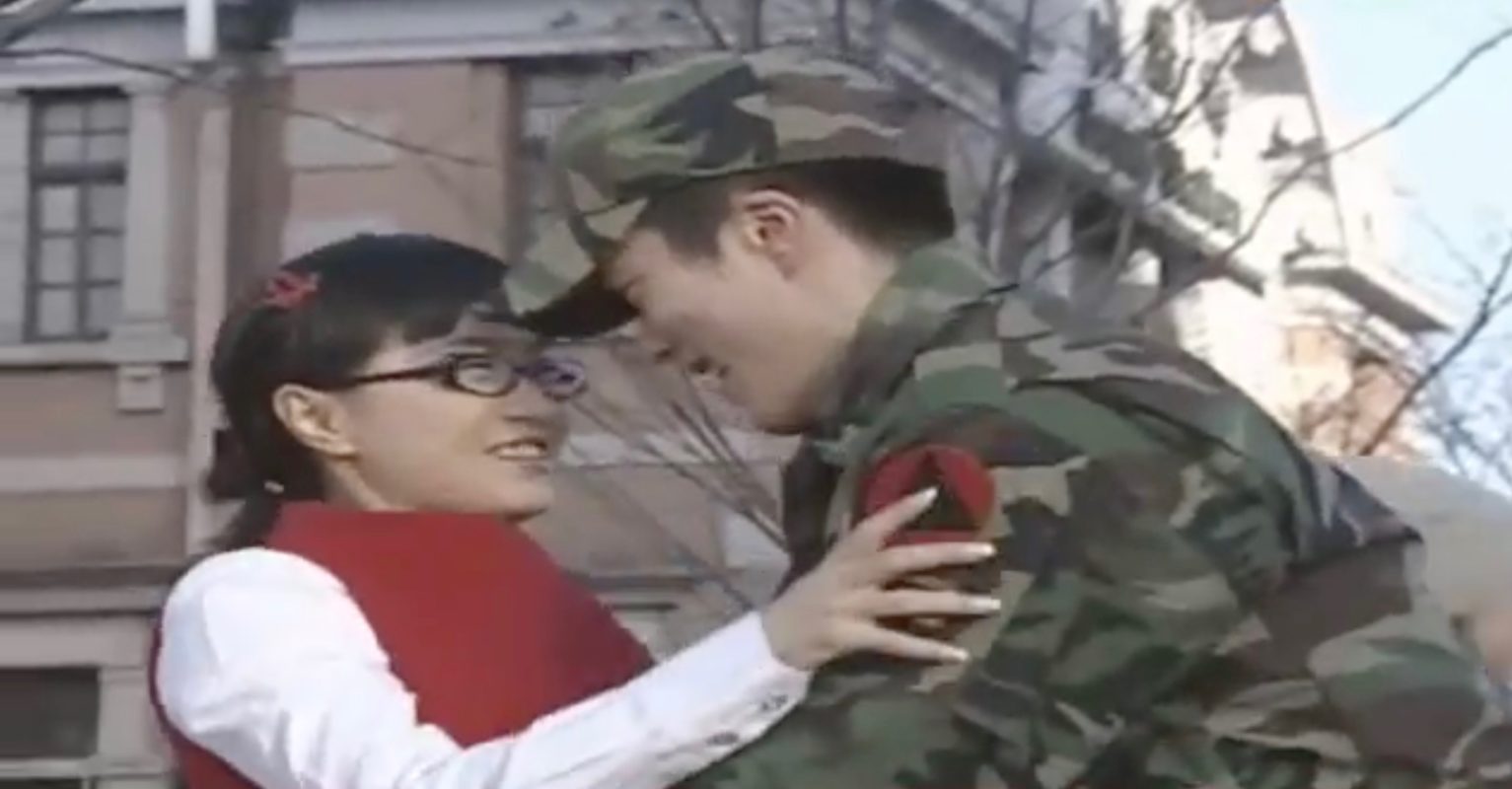 [SPOILER] In Inspector Koo/Koo Kyung-yi (Gu Gyeong-i/구경이) (JTBC/Netflix, 2021), this is where K/Song Yi-kyung (Kim Hye-jun) takes Yong Sook (Kim Hae-sook) hostage, but younger girl eventually discovers that Koo Kyung-yi (Lee Young-ae) spoilt her plans once again. The exterior building is seen in final episode 12 when Kyung-yi escapes from the auditorium and heads up to the street level. Later, Na Je-hui (Kwak Sun-young) and Oh Gyeong-su (Cho Hyun-su) rush over after hearing that a bomb had gone off in the venue.

This building is seen in the background in episode 2 of Abyss (어비스) (tvN, 2019) when Ko Se-yeon (Park Bo-Young) and Cha Min (Ahn Hyo-seop of One O One) walk into Exit 7 of the Seoul Subway Station [서울역], Line 1.

This building is seen in a montage about how fairies may live in the realm of humans, and how they may not even know of their own identities themselves, in episode 3 of Mama Fairy and the Woodcutter/Gyeryong Fairy Tale/Tale of Fairy (계룡선녀전) (tvN, 2018).

The protest in episode 14 of The Fifth Republic/5th Republic (제5공화국) (MBC, 2005) takes place in front of this station.

Han Tae-hwa (Shin Hyeon-jun) and Han Jung-seo (Choi Ji-woo) arrive at this station in episodes 13-14 of Stairway to Heaven (천국의 계단) (SBS, 2003-04). Cha Song-joo (Kwon Sang-woo) already waits for her on the train tracks and confesses his love to her.

Kang Su-ji (Lee Ui-jeong) fetches Yoon Ho-jae (Kwon Sang-woo) from this station when he comes home for vacation from his army service in episode 9 of We Are Dating Now (지금은 연애중) (SBS, 2002).

This was the setting for the old Seoul station in Will You Be There? (당신, 거기 있어줄래요?) (2016), and where the young Yeon-ah (Chae Seo-jin) sent off the young Soo-hyun (Byun Yo-han of One O One) on his train bound for Busan in the 80s.

Culture Station Seoul 284 [문화역서울 284] is a refurbished multicultural space with performance and exhibition halls, which opened in 2011. It is located in Seoul’s neighborhood Bongnae-dong 2(i)-ga [봉래동2가] —overseen by the administrative neighborhood Hoehyeon [Hoehyeon-dong/회현동]— in the Jung District [Jung-gu/중구]; in walking distance to Seoul Station [서울역] and Seoullo 7017 Skygarden [서울로7017].

This site was where the former Seoul Station [구 서울역] was located, up until its decommissioning in 2007. Originally named Gyeongseong (Keijo) Station, it started operating as Seoul’s central train station in 1925, and had its name changed to Seoul Station in 1947.

The name of the refurbished space is thus a combination of its new function (‘Culture’), its previous function (‘Station, Seoul’), and its Historic Site number ‘284’, which was designated to it in 1981. South Korean Samoo Architects & Engineers were in charge for the refurbishing —together with Atelier 17 and G.S Architects Assosiates— and won the 2012 Superior Award of the Korean Architecture Award for it.