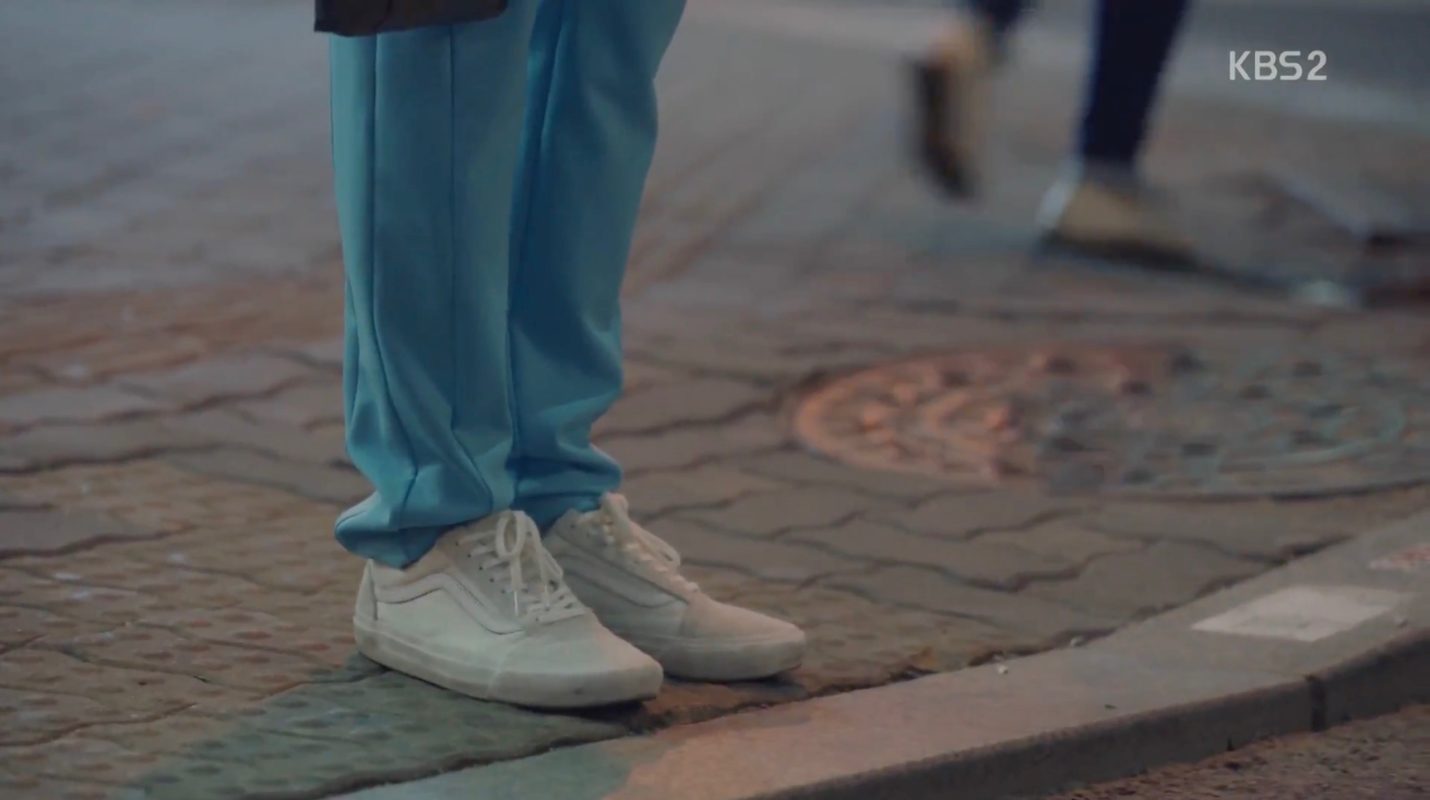 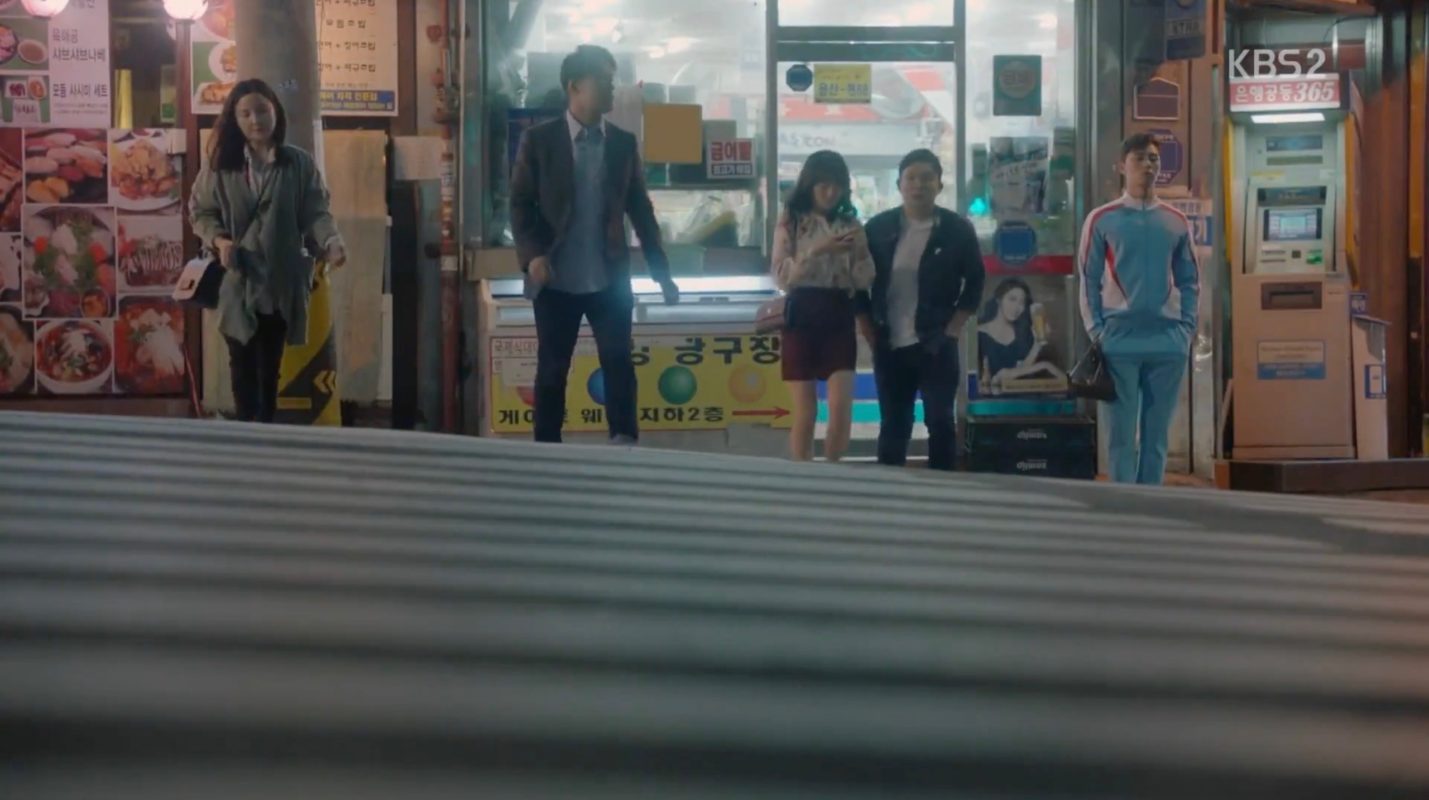 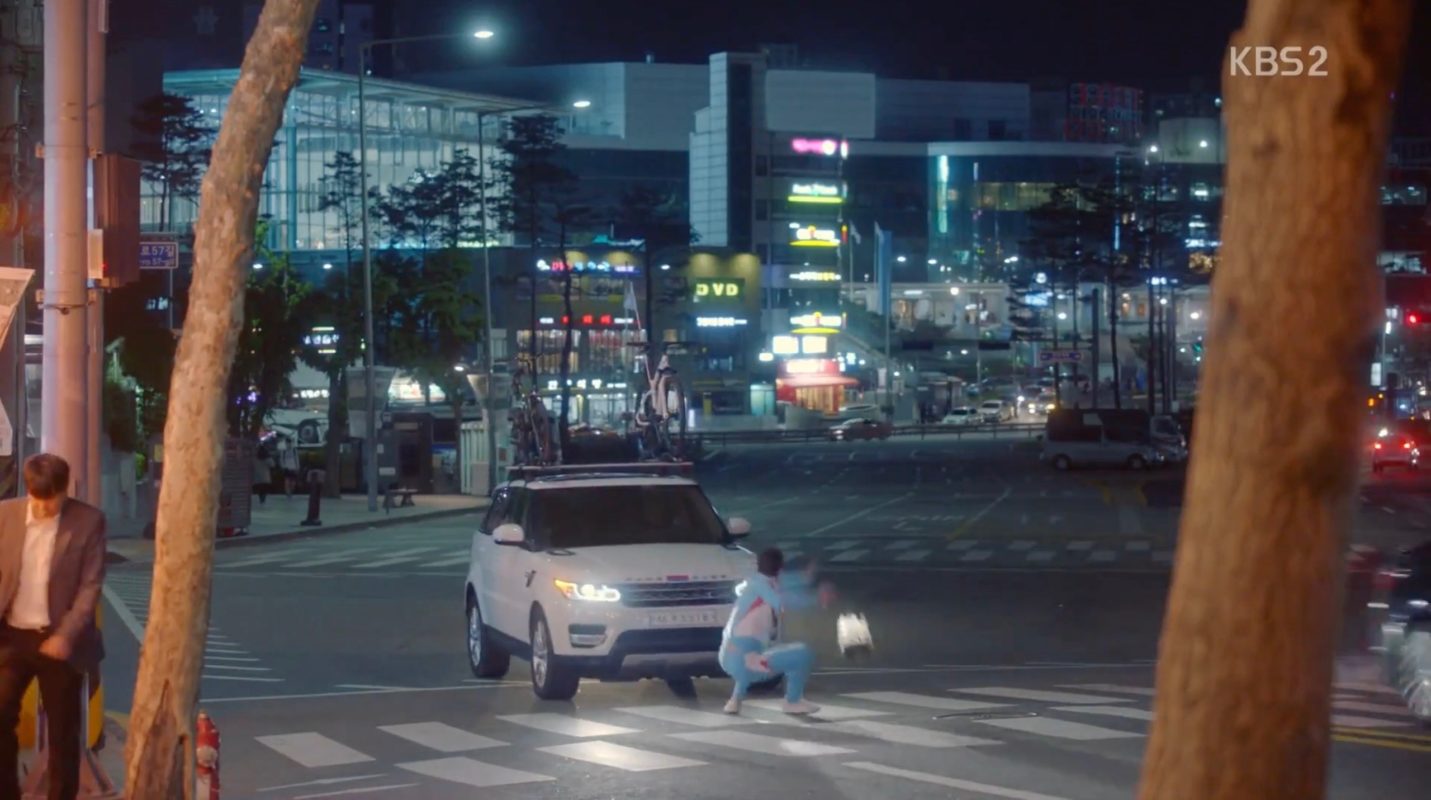 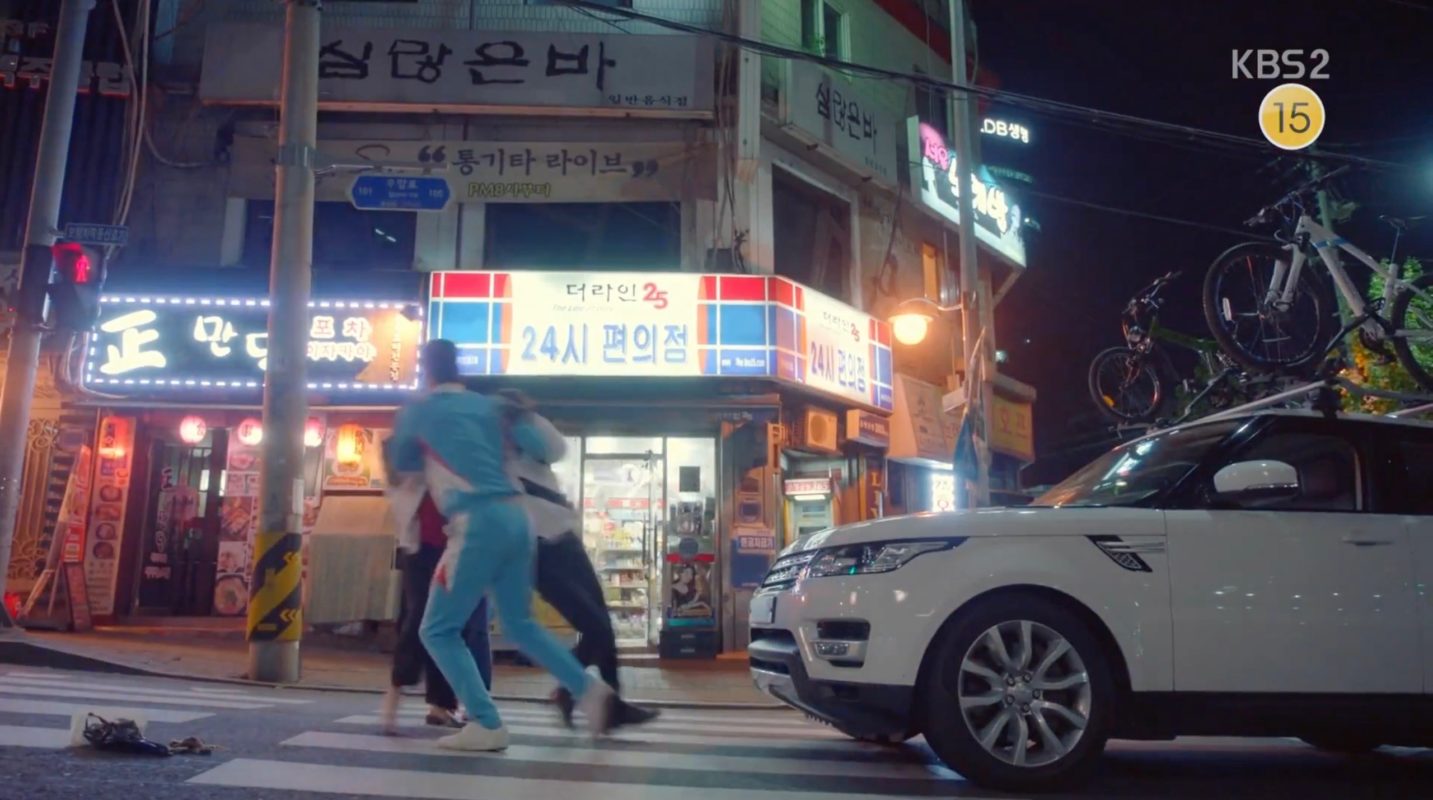 Huam-ro [후암로] is a street that runs through Seoul’s neighborhood Hoehyeon [Hoehyeon-dong/회현동] in the Yongsan District [Yongsan-gu/용산구]. The crosswalk seen in Fight For My Way is situated near Seoul Station and Lotte Outlets. Both buildings can be seen in the background of the scene.