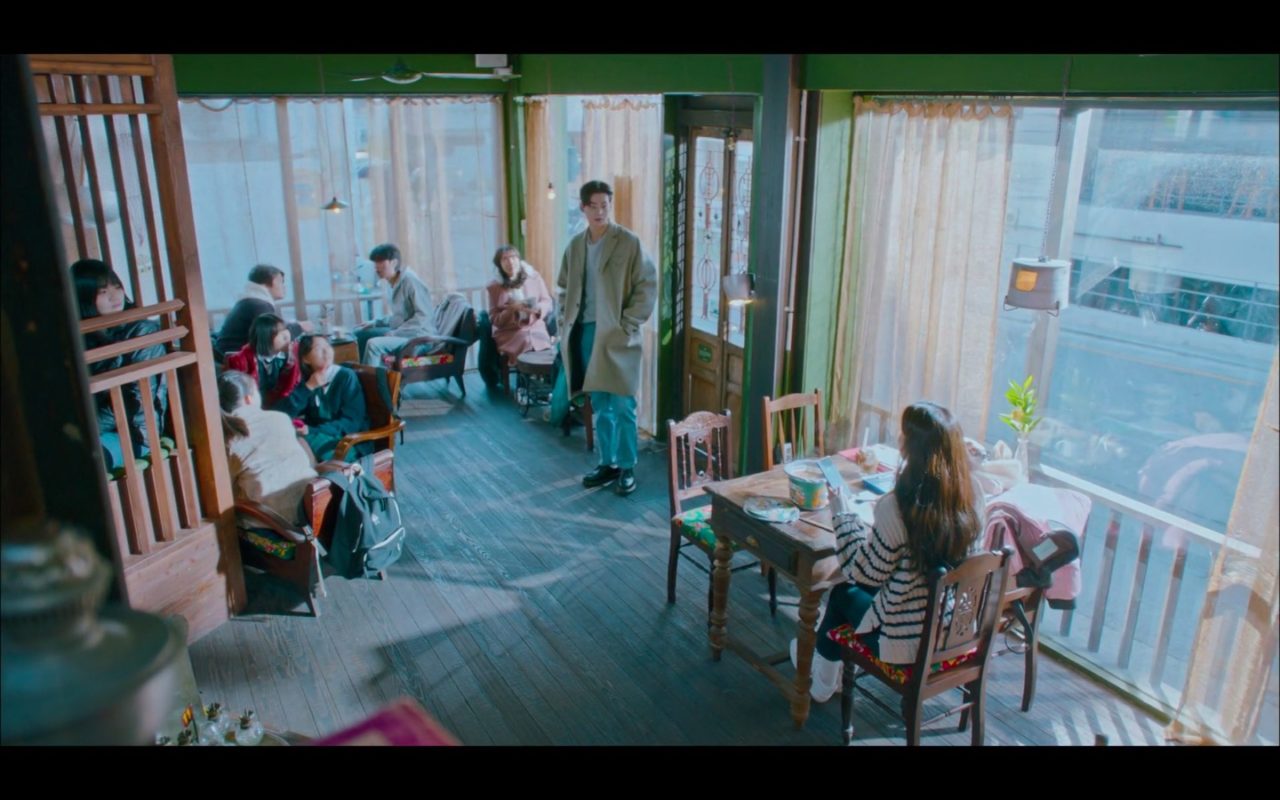 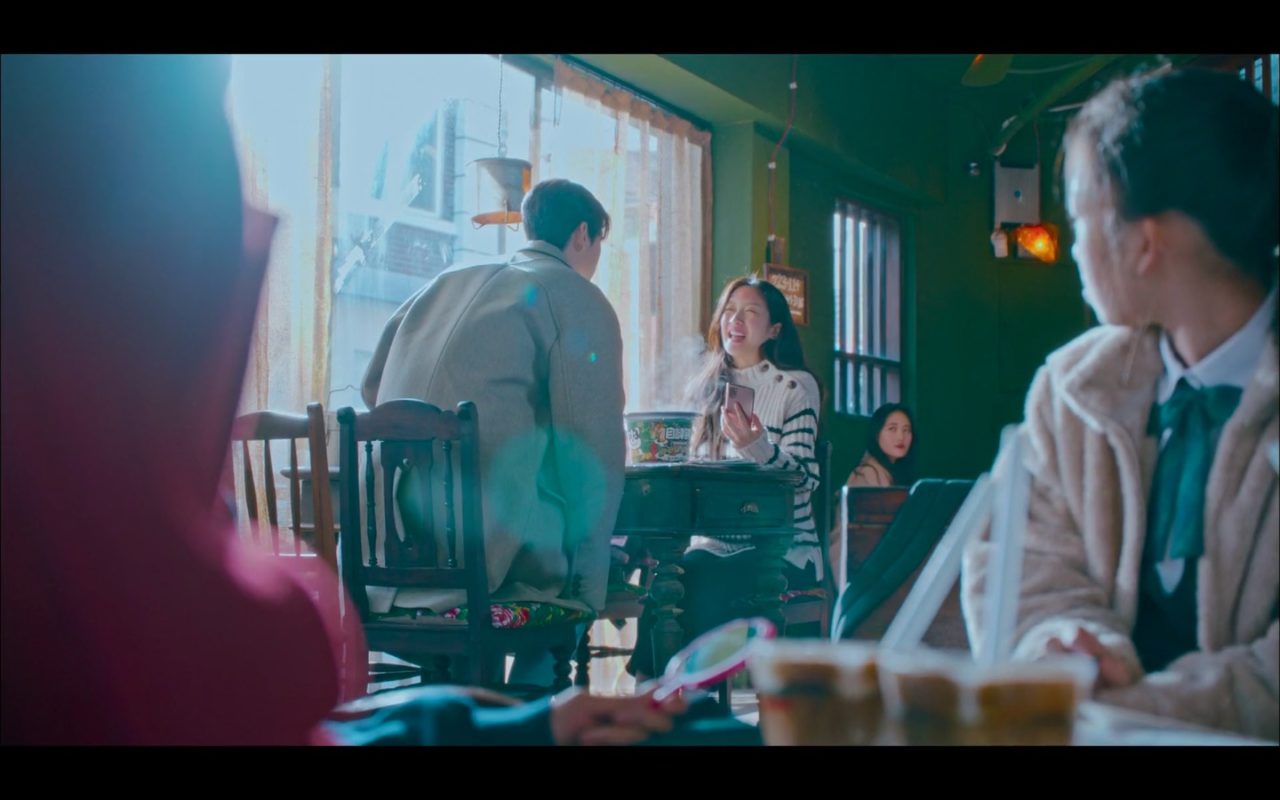 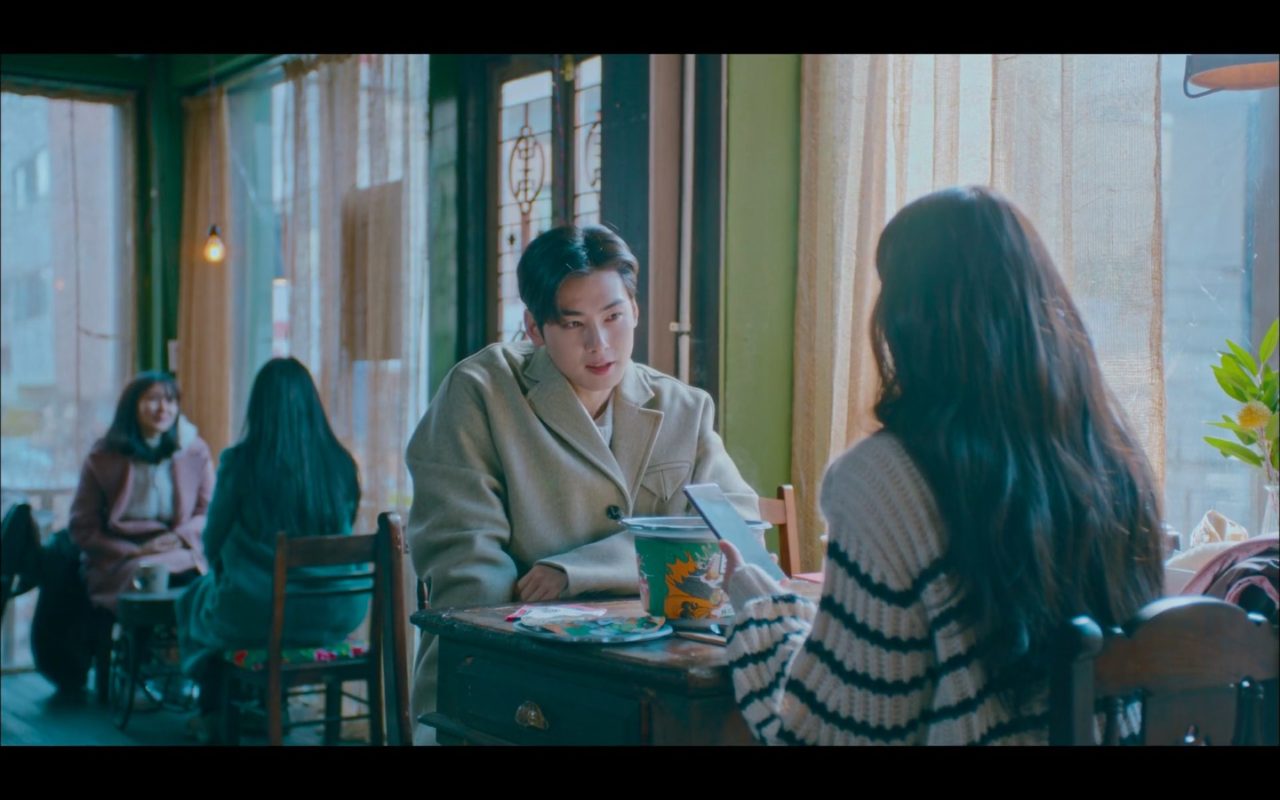 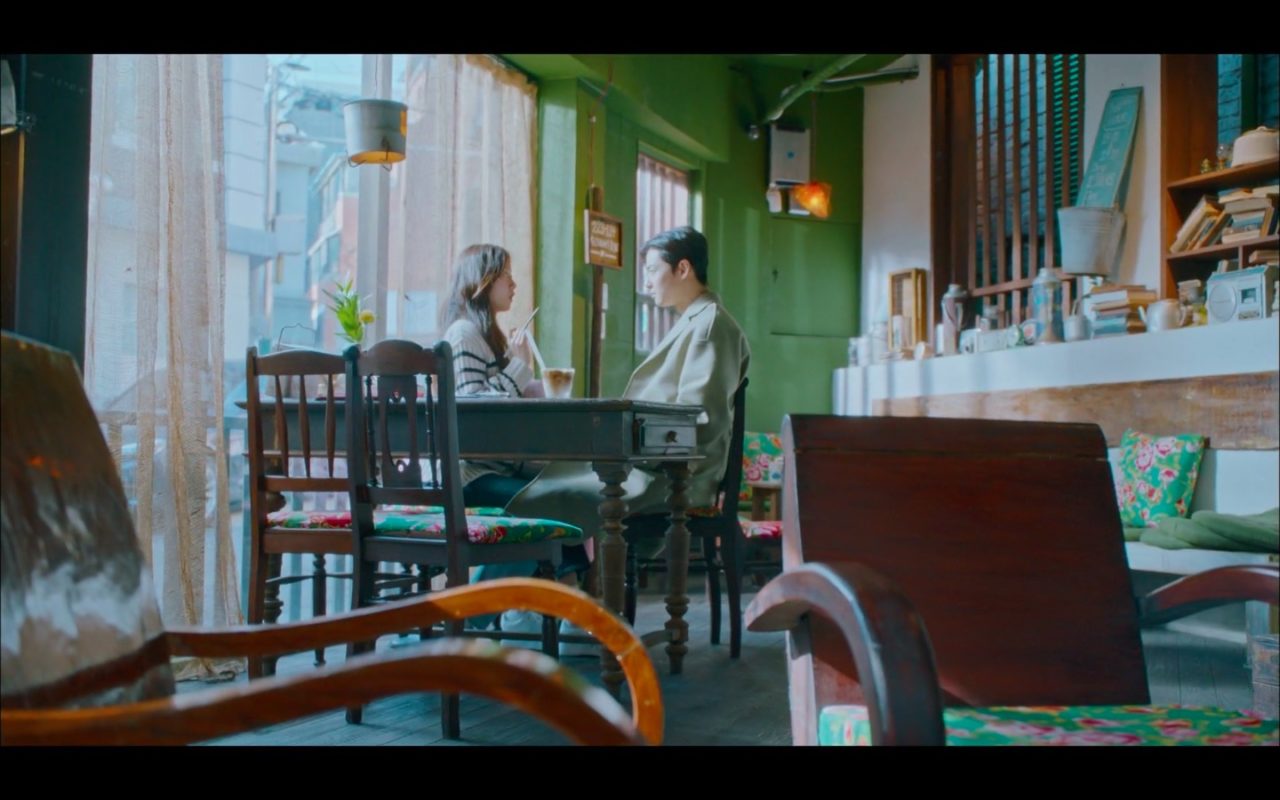 Im Ju-kyeong (Moon Ga-young) meets Lee Su-ho (Cha Eun-woo of ASTRO) at this cafe in final episode 16 of True Beauty/Yeoshingangrim (여신강림) (tvN, 2020-21), much to the envy of some schoolgirls sitting nearby. She acts over the top in front of Su-ho, who teases her in return. Later, she gets him to be her make-up model as practice.

Cộng Càphê — Yeonnam Branch [콩카페 연남점], opened in early August 2018, is the first overseas branch of Vietnamese cafe franchise Cộng Cà Phê (also stylized as Cong Caphe), established in 2007. Describing itself as a “Vietnamese hipster lounge & cafe”, this chain specializes in Vietnamese coffee and features coffee drinks that are unique to the country, such as Coconut Smoothie Coffee and Coconut Condensed Milk Coffee. Its interior is decorated in the chain’s retro and green concept with furniture imported from Vietnam.