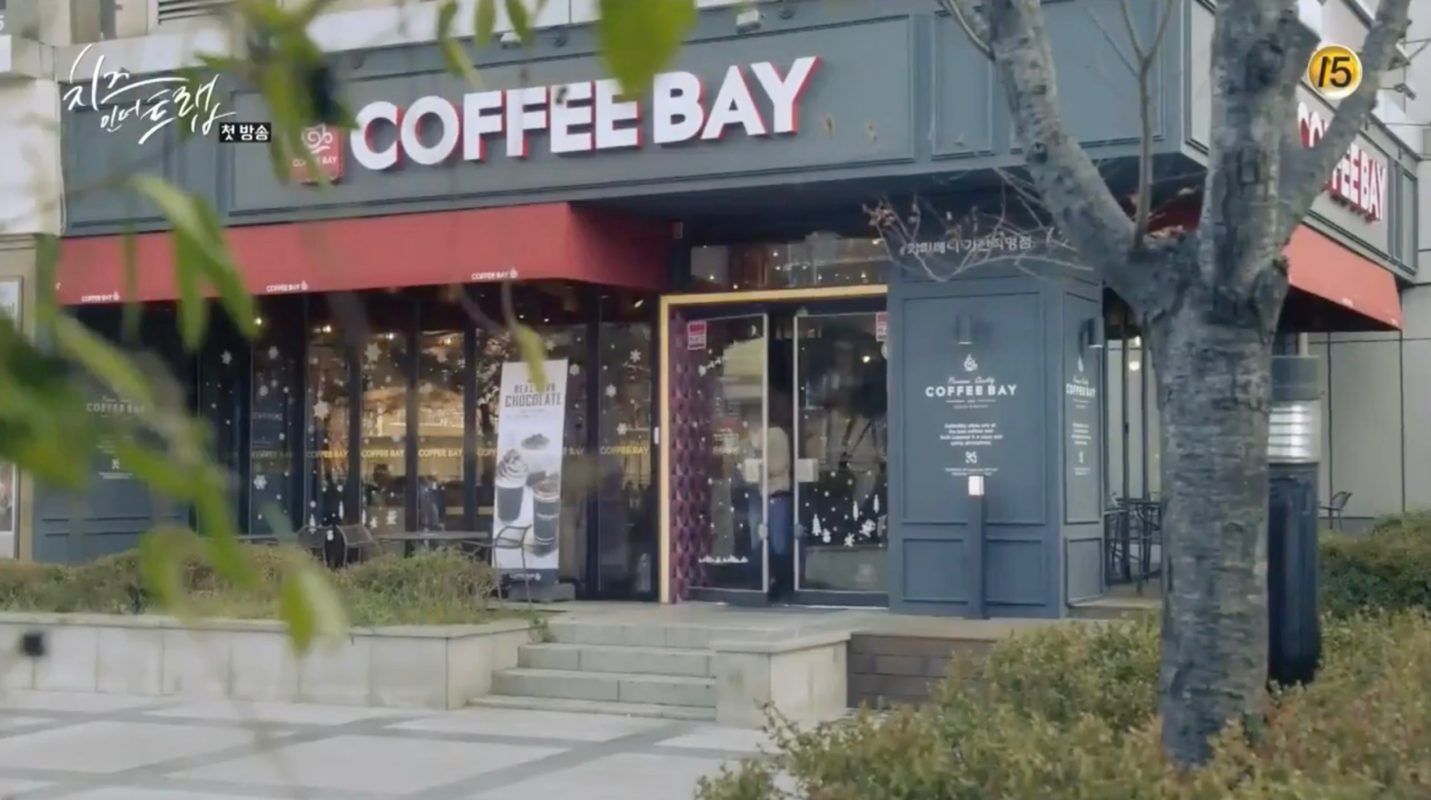 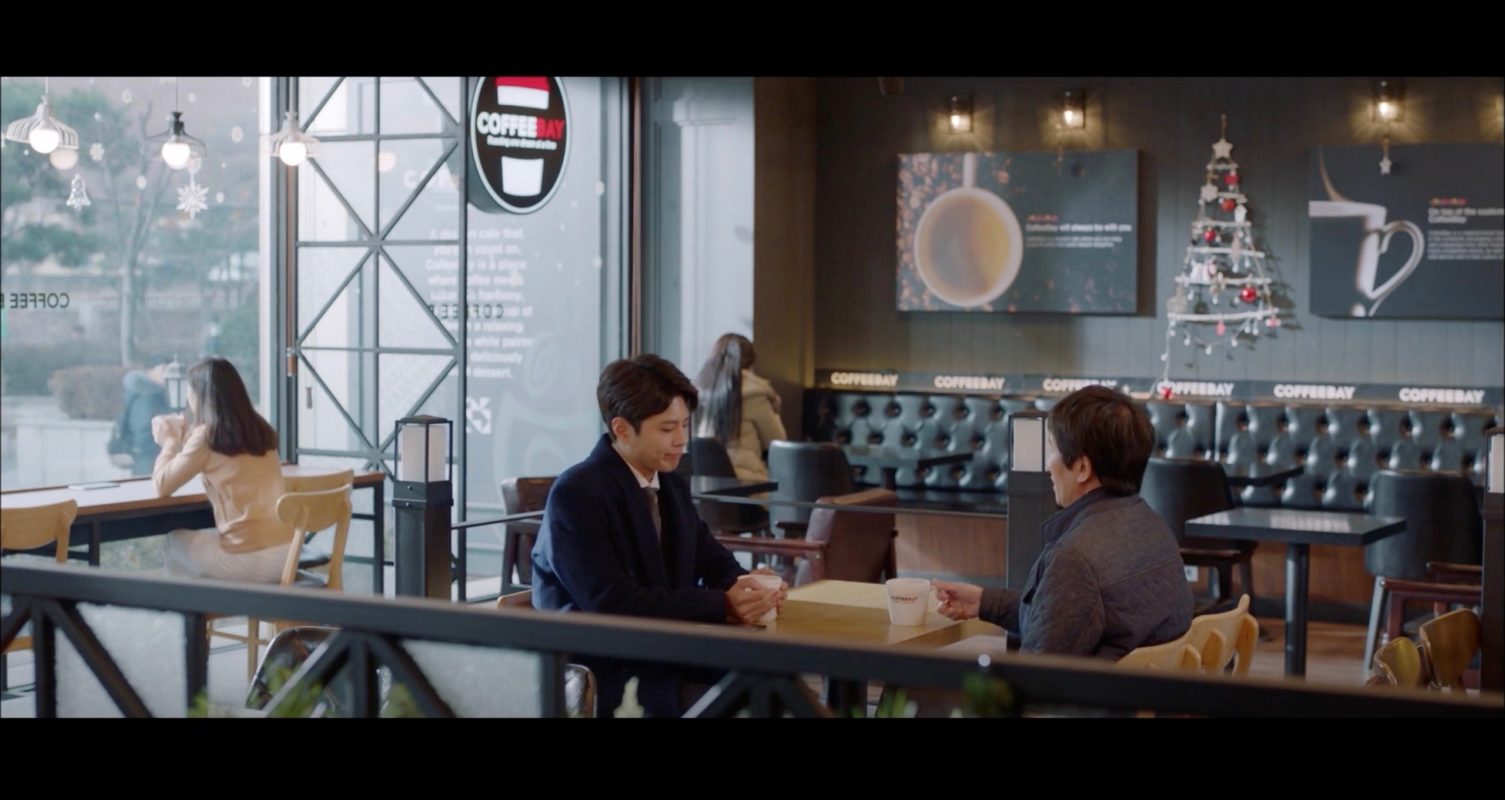 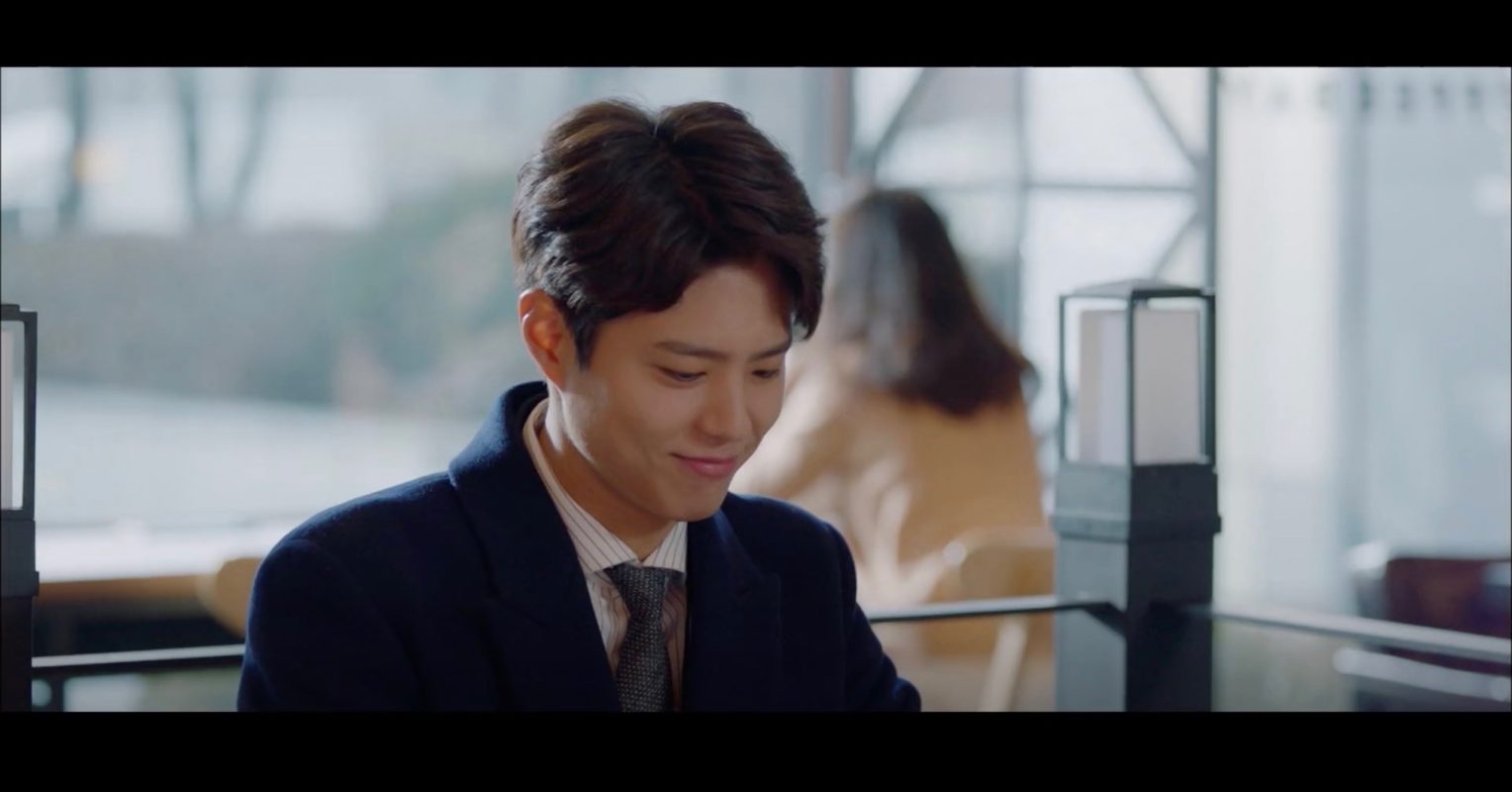 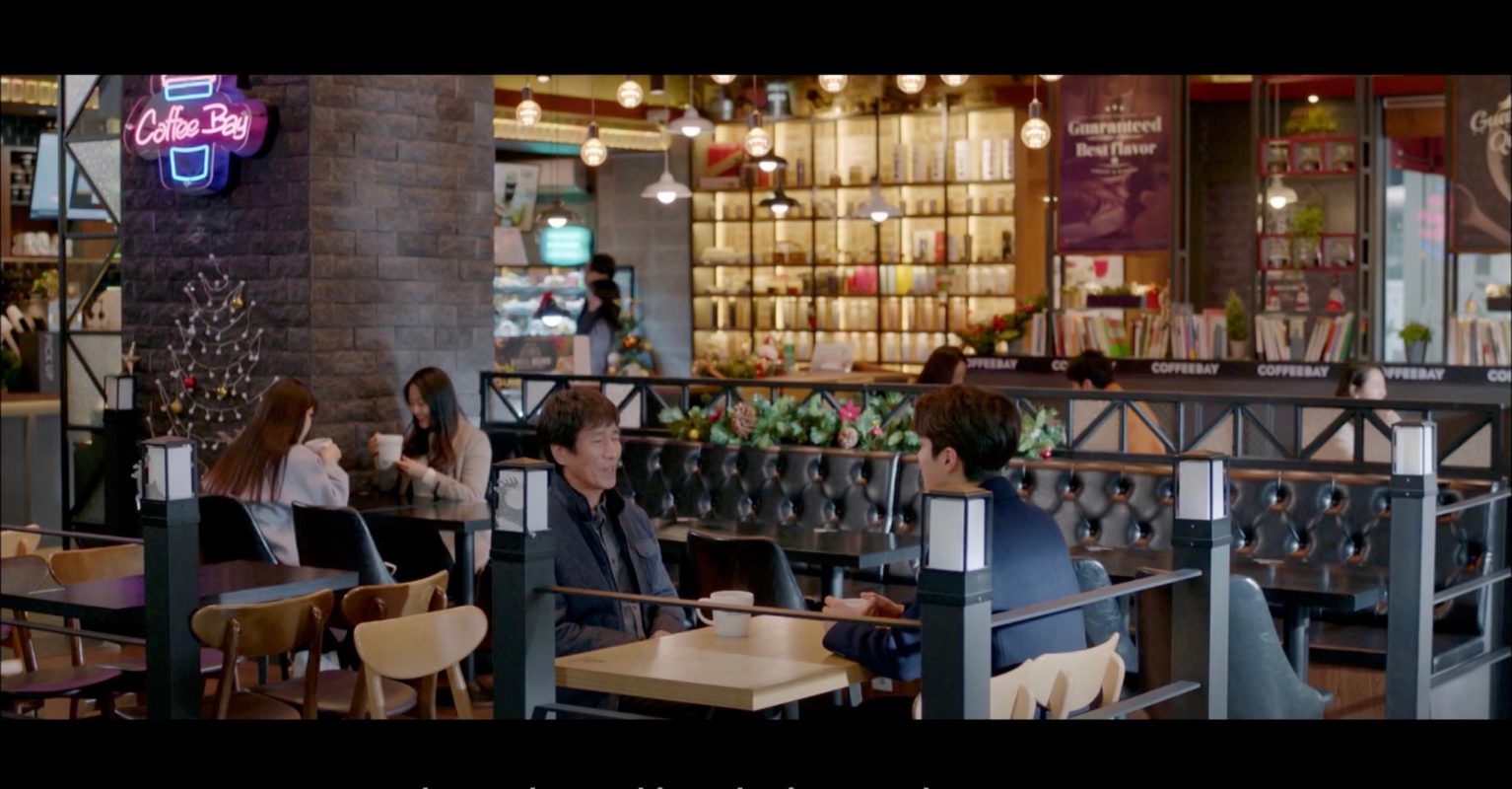 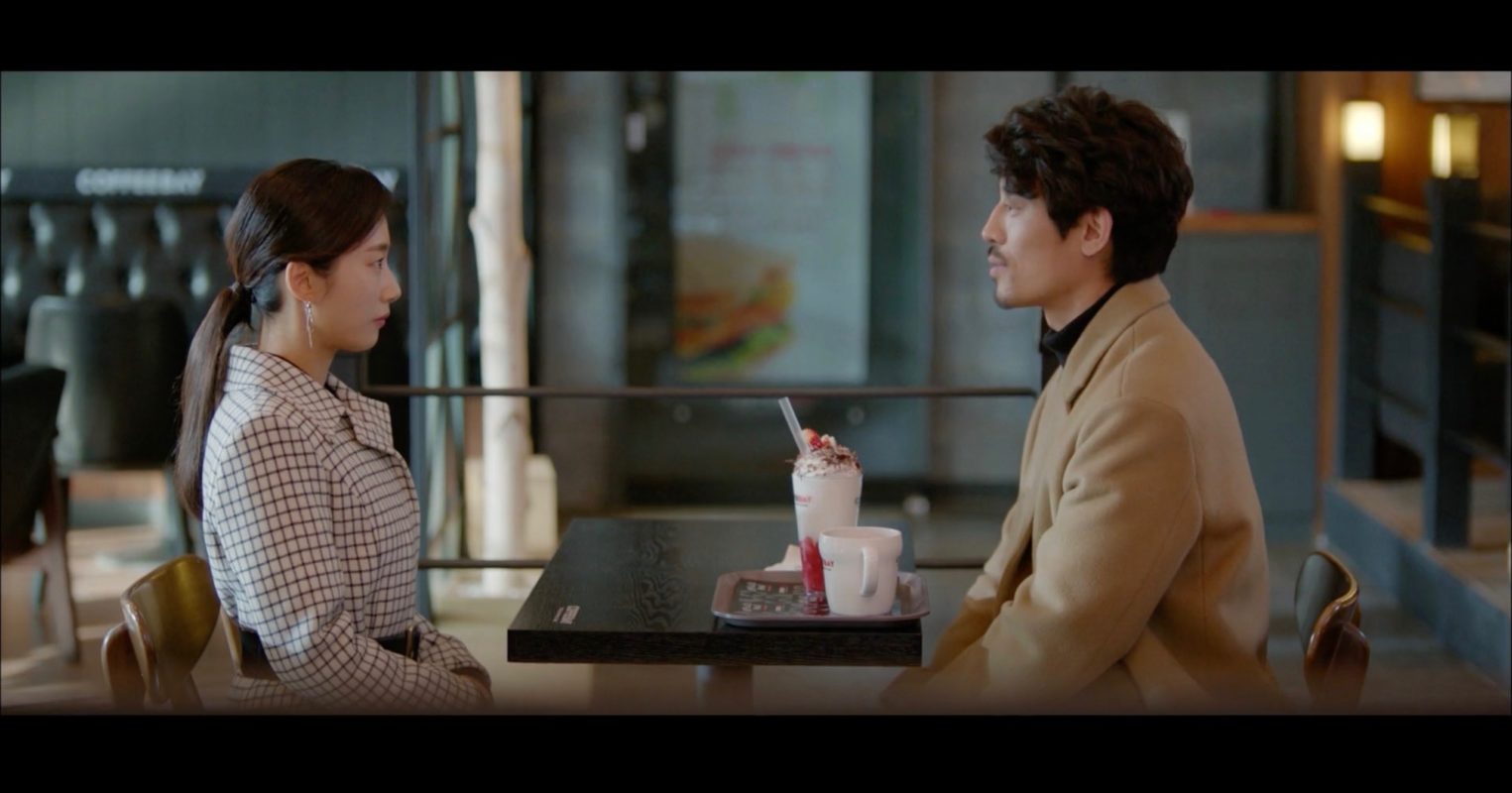 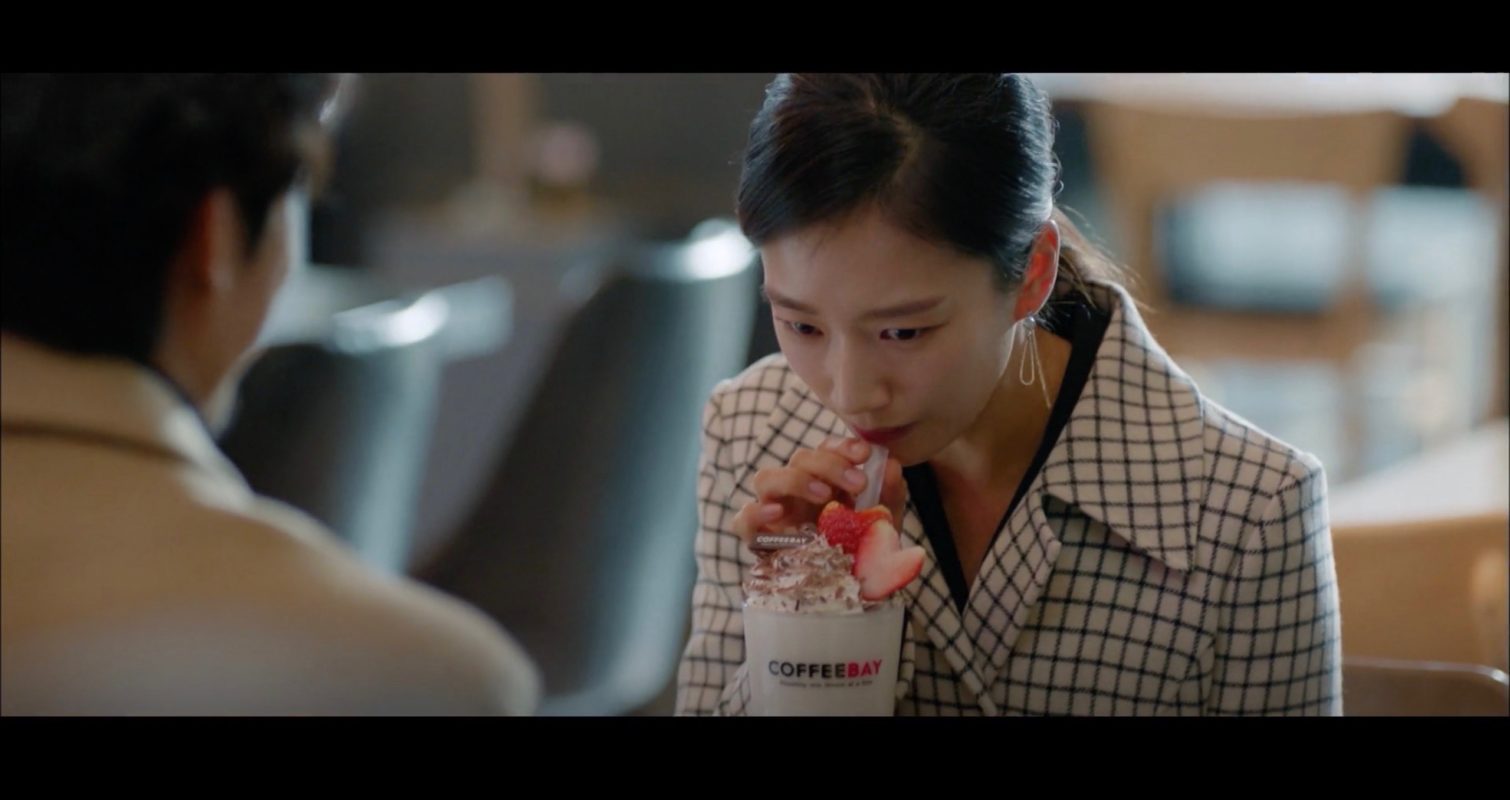 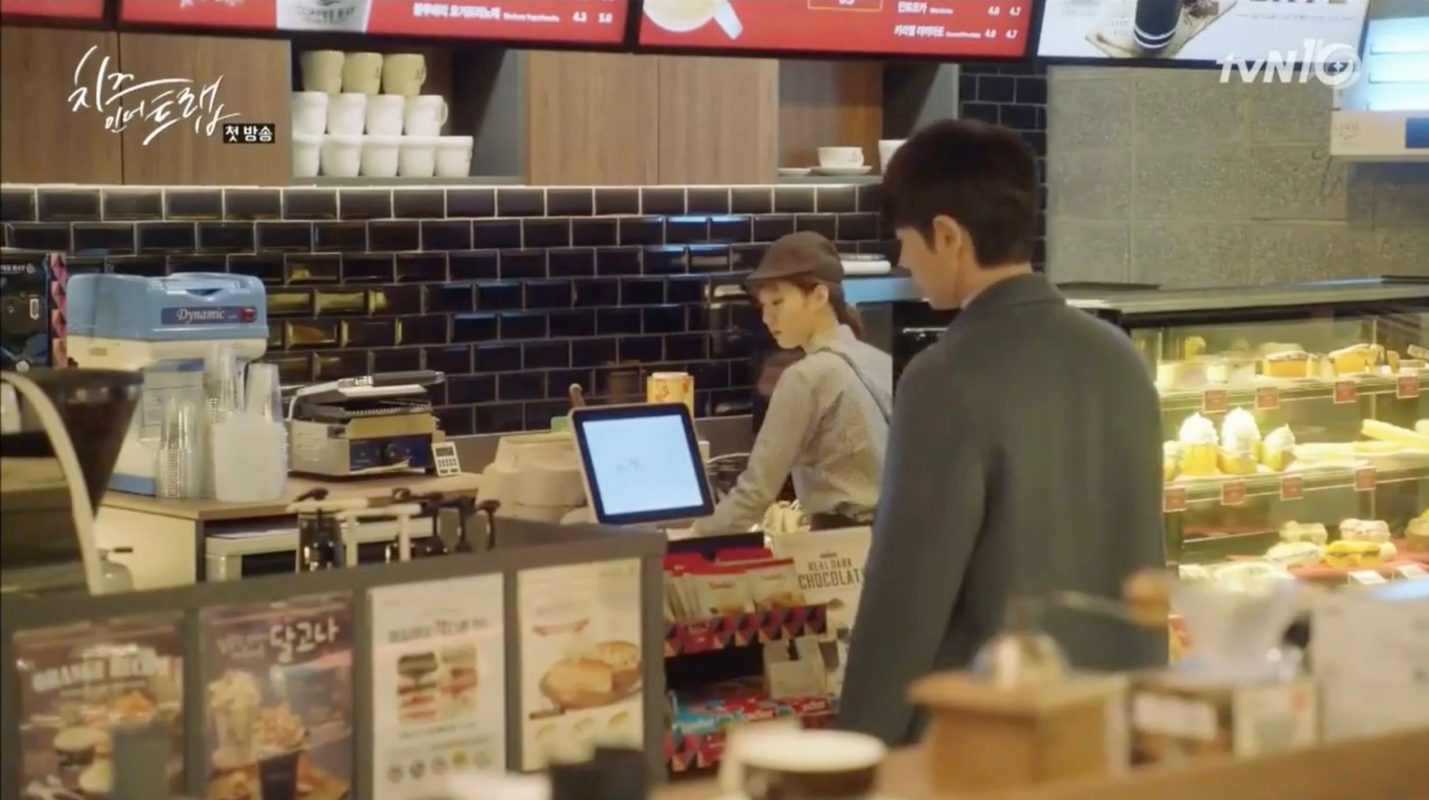 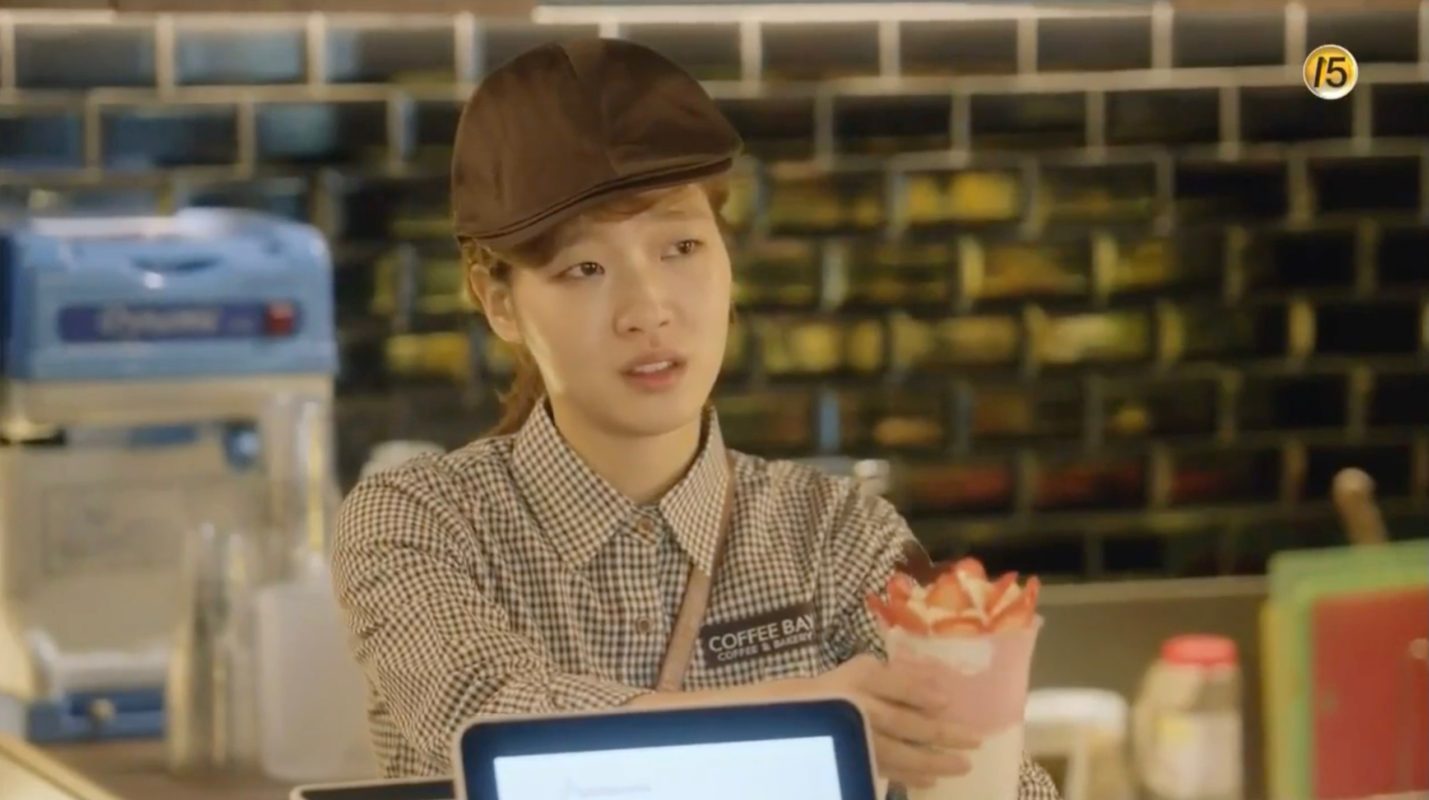 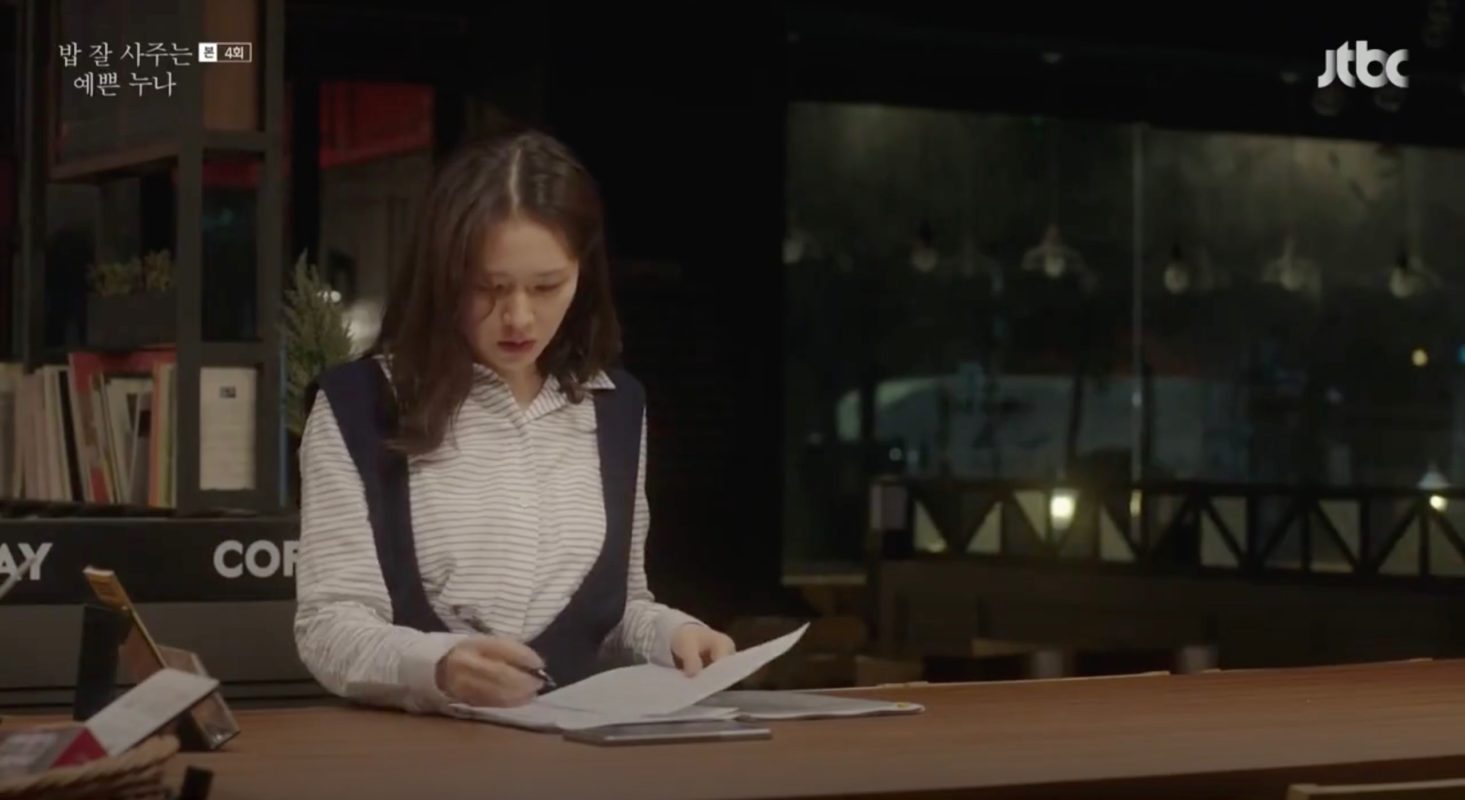 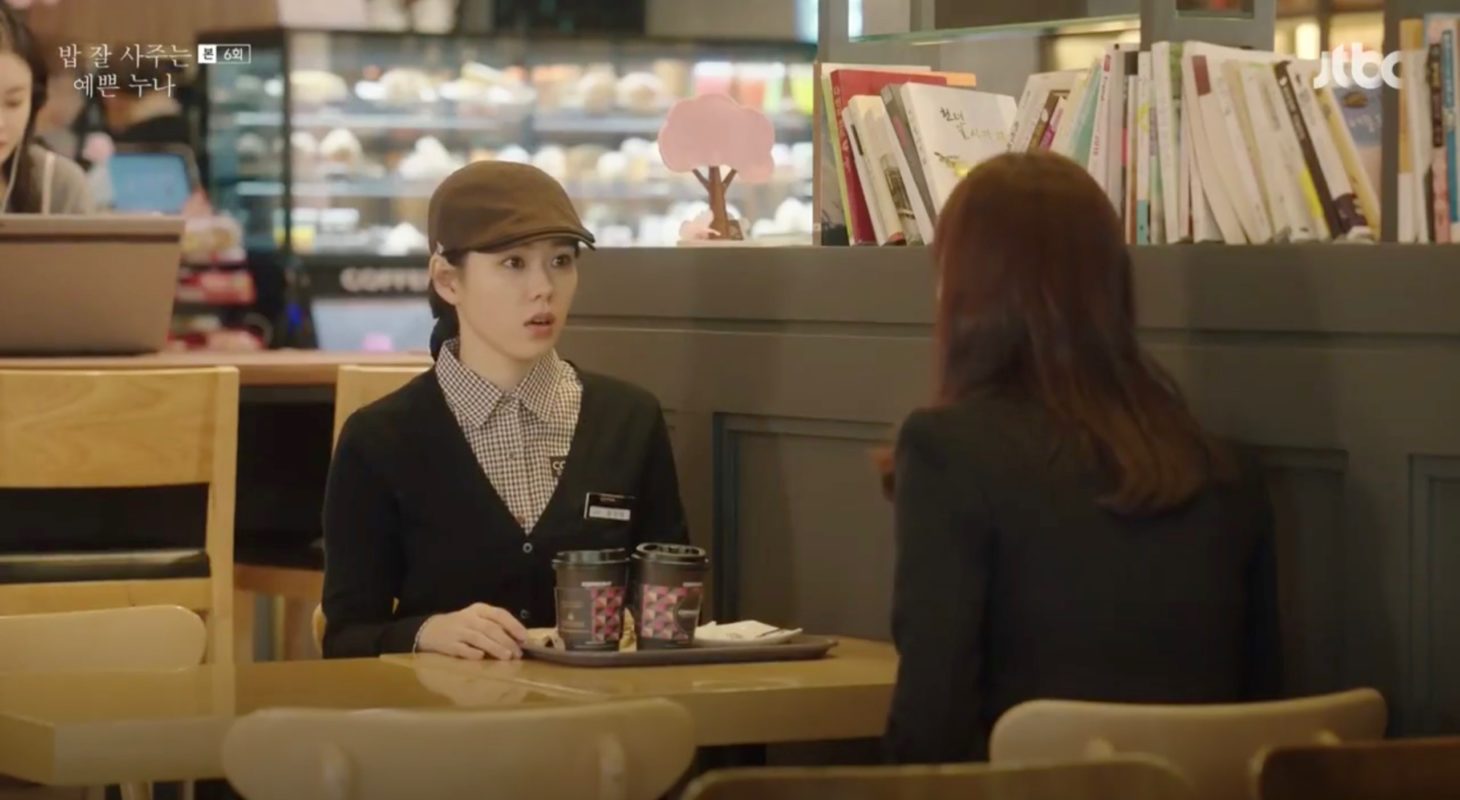 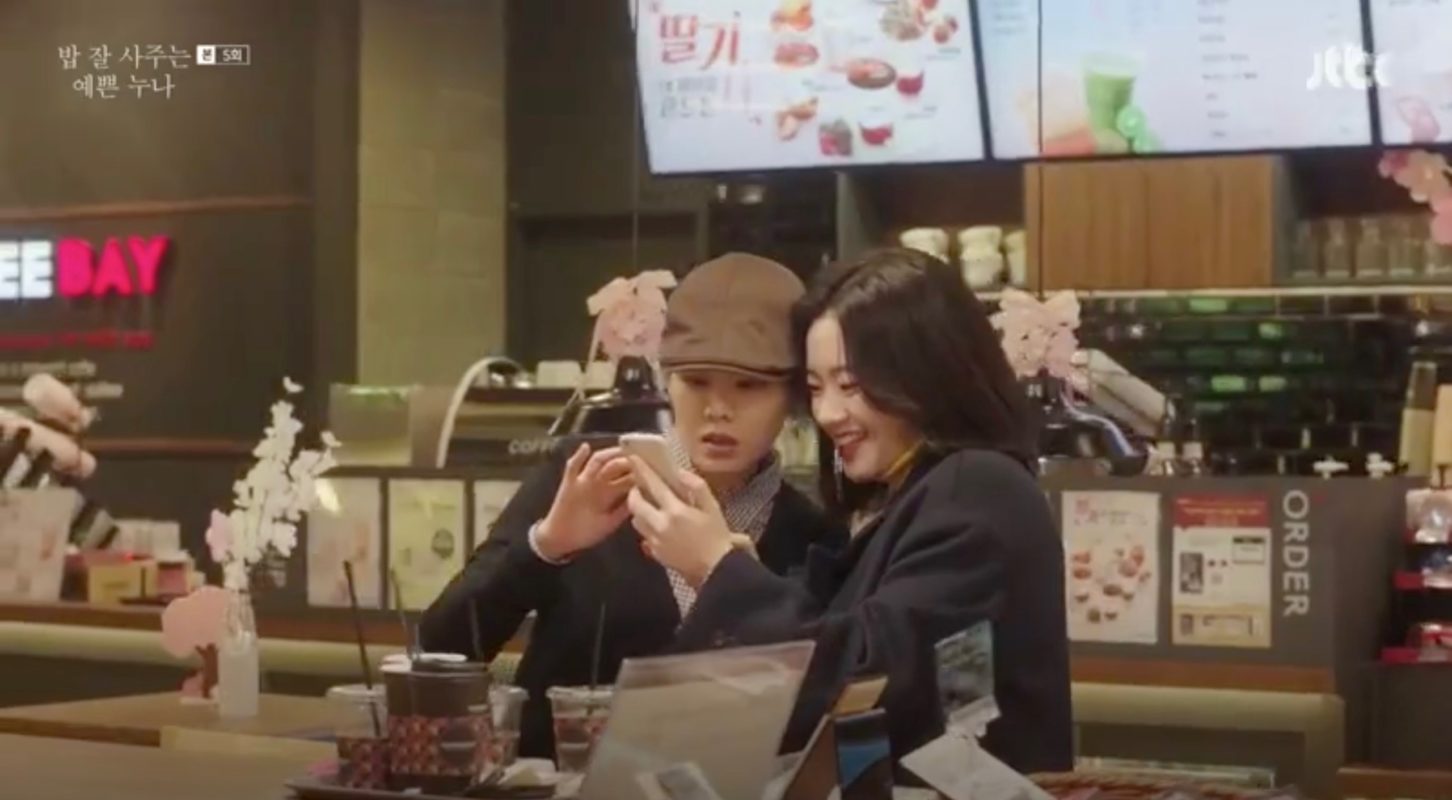 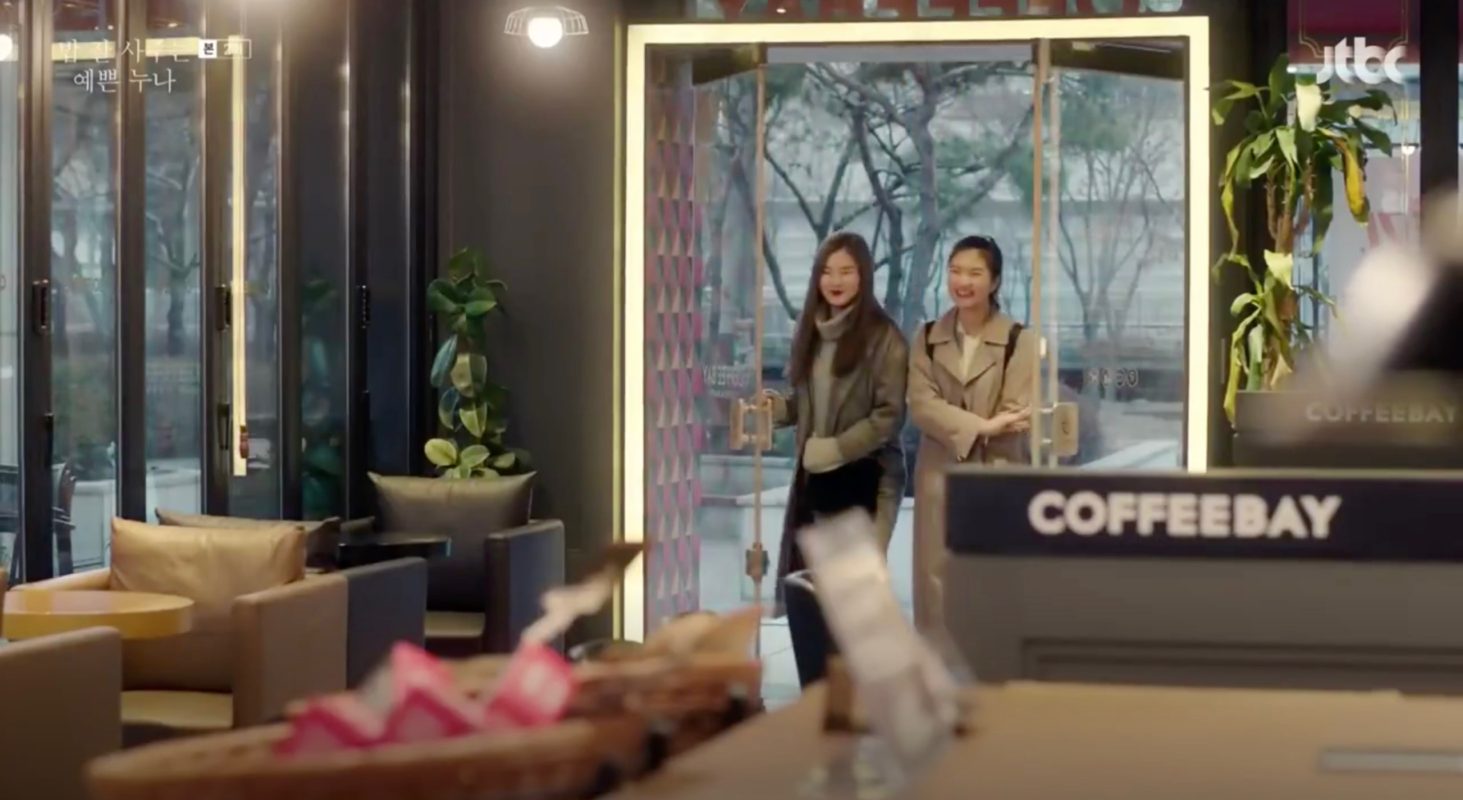 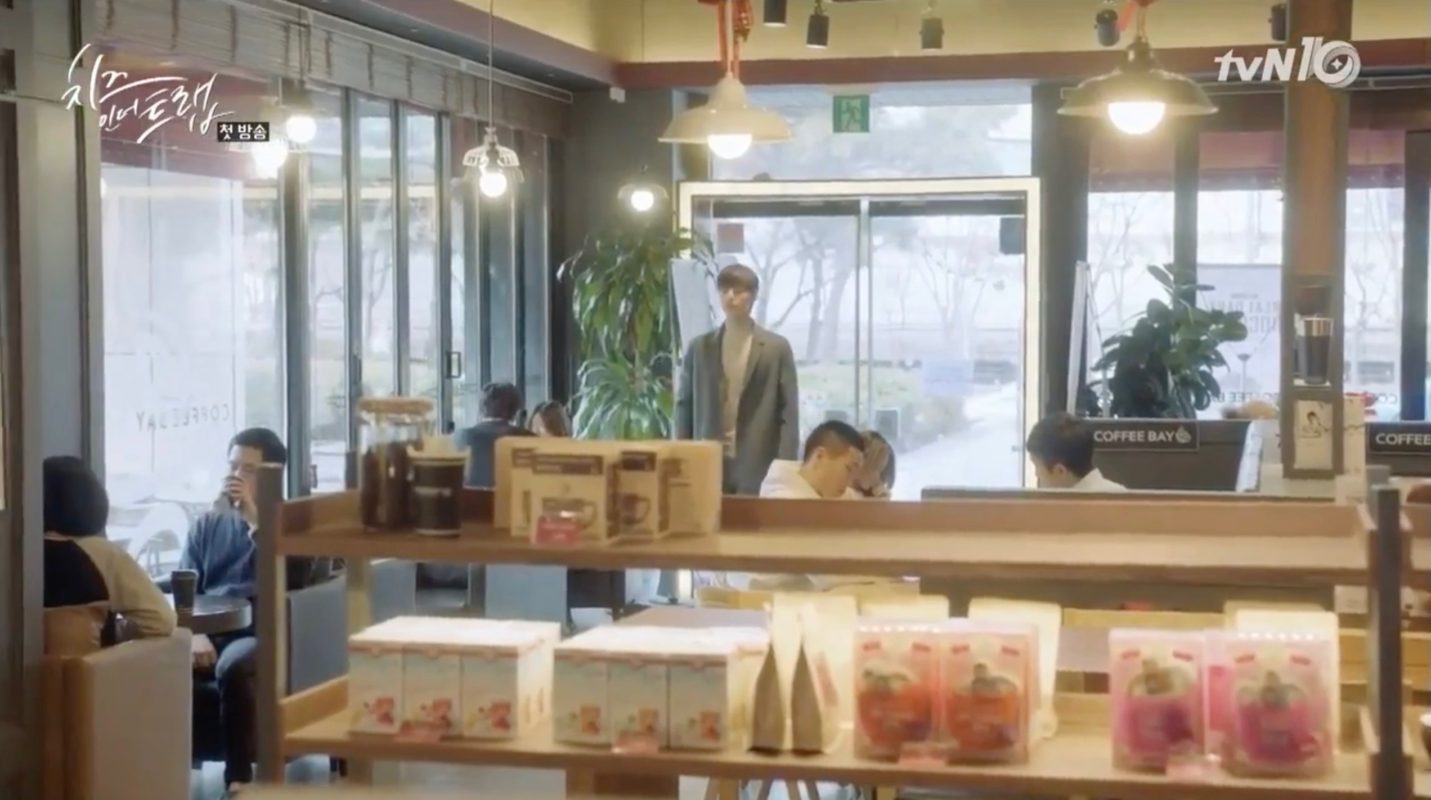 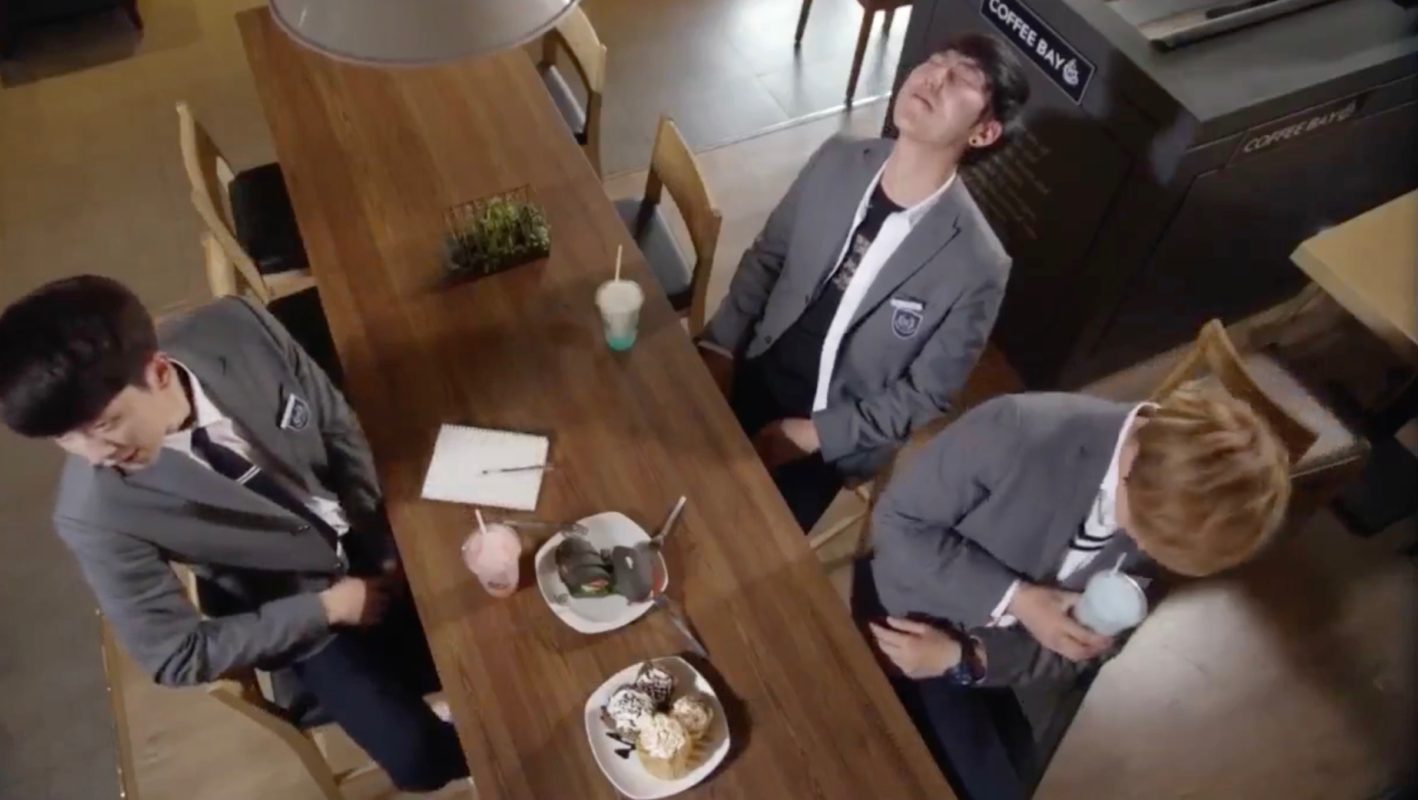 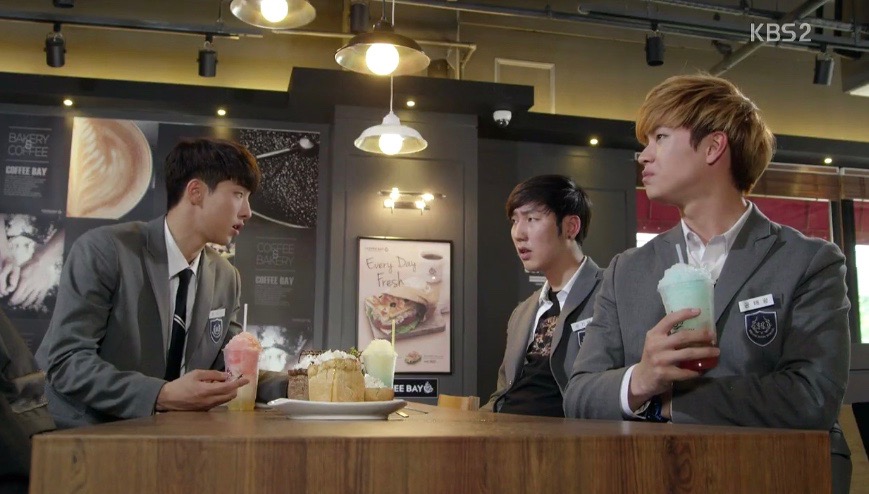 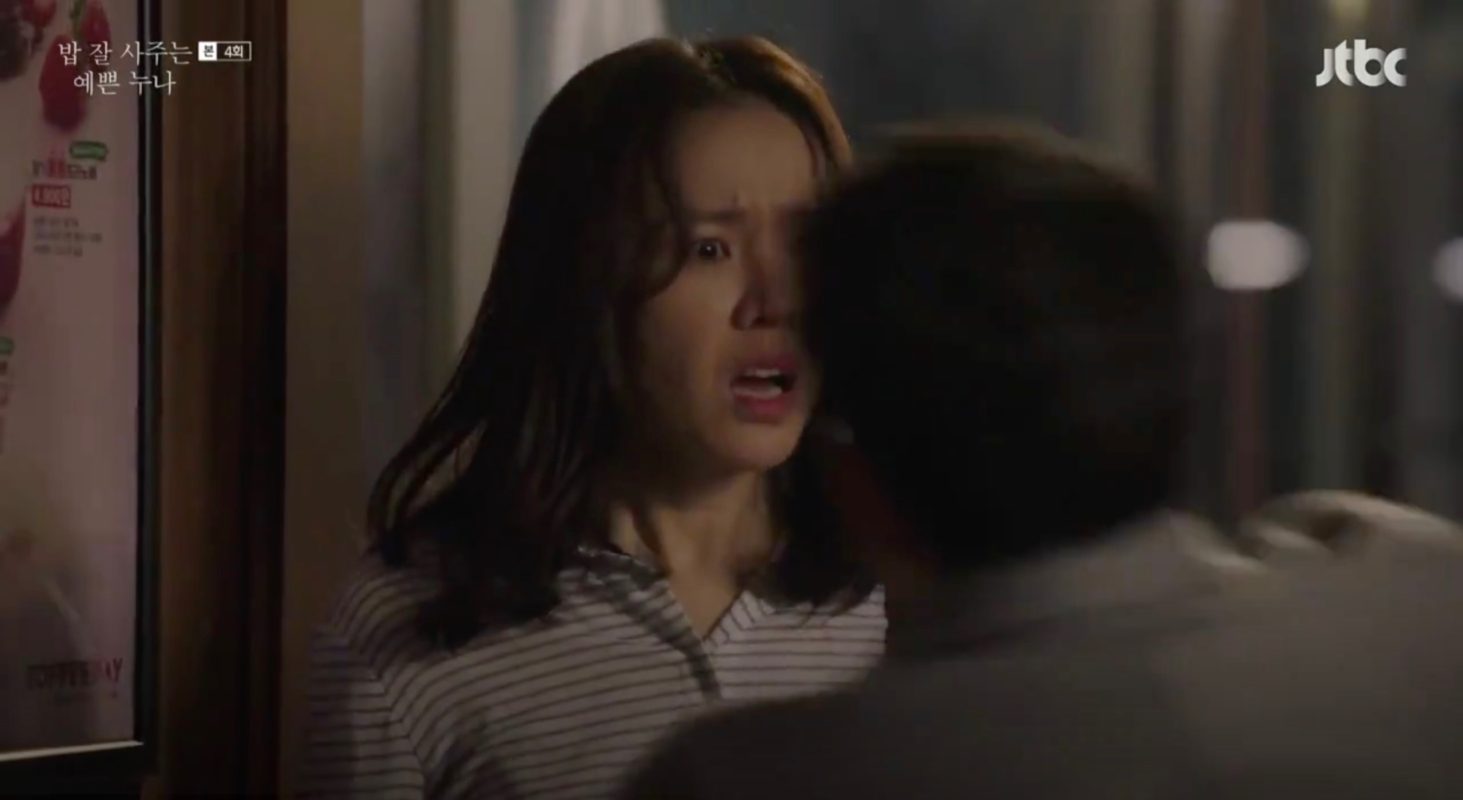 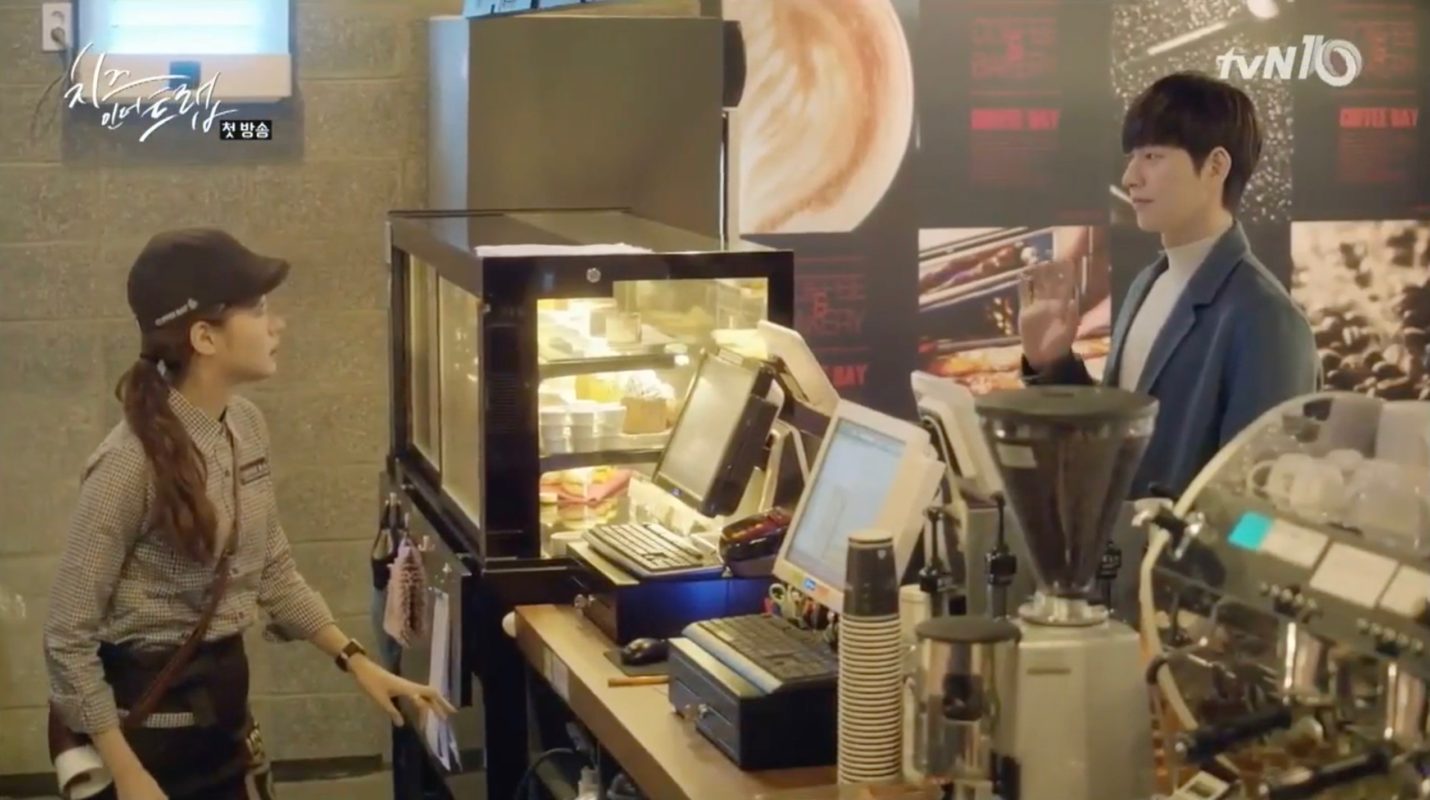 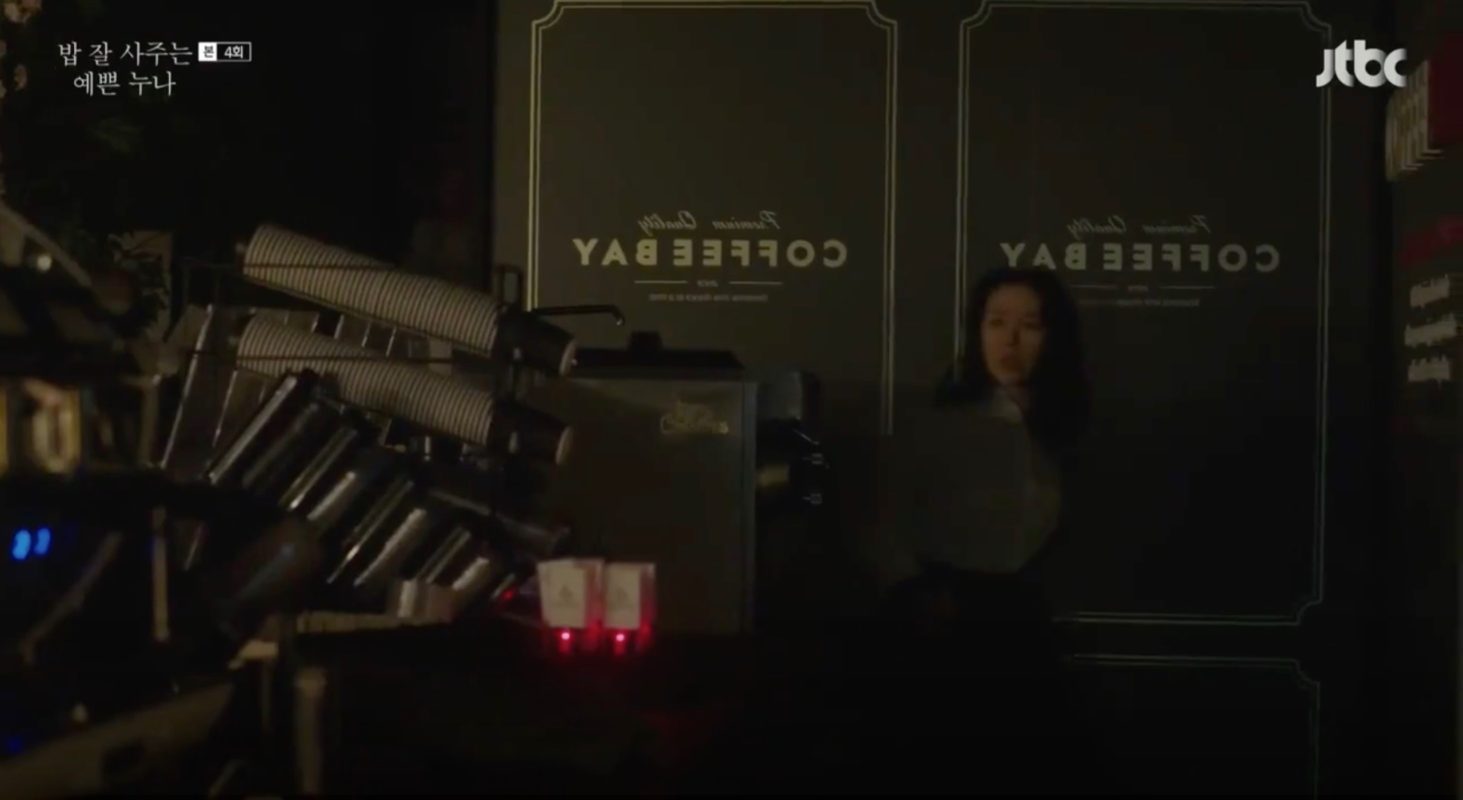 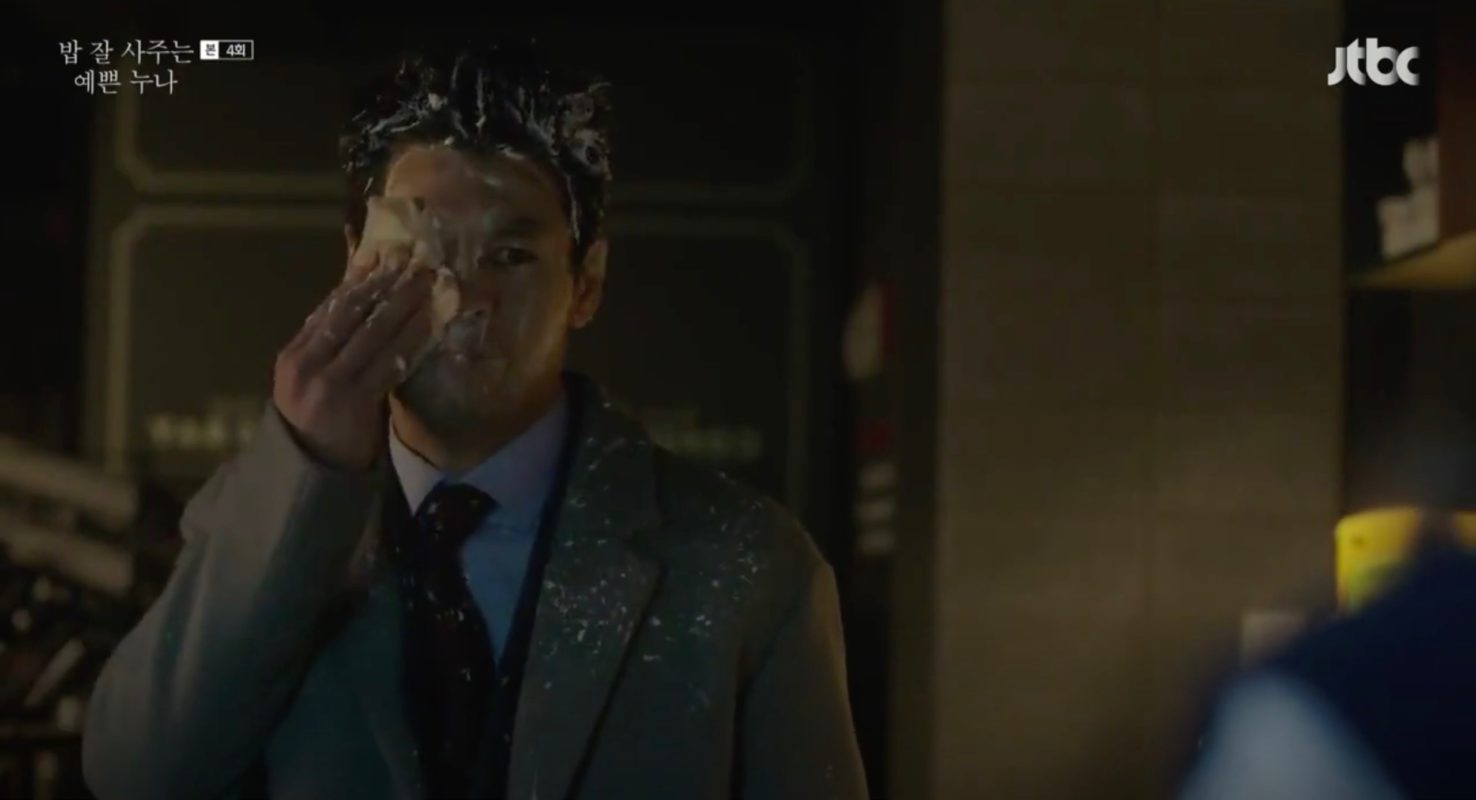 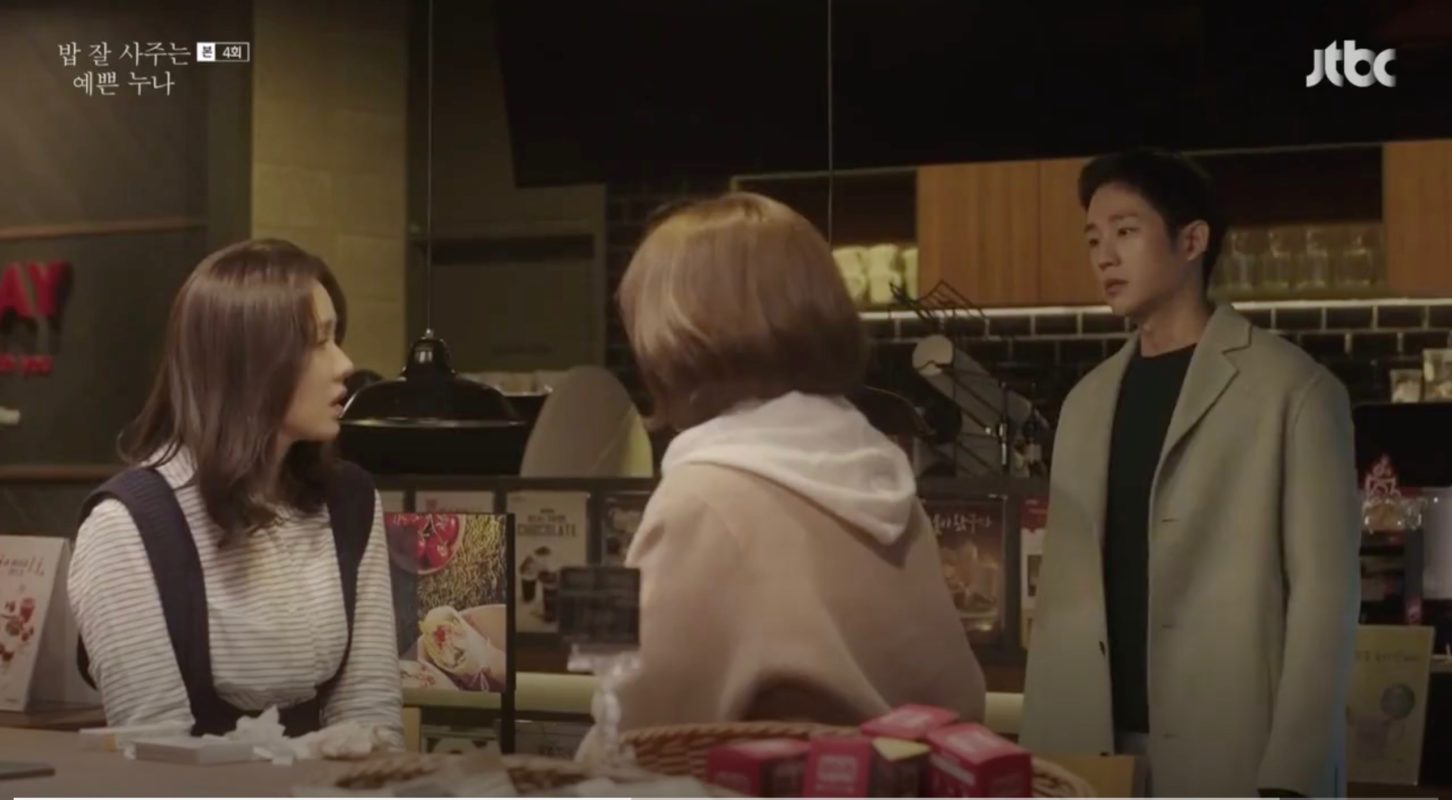 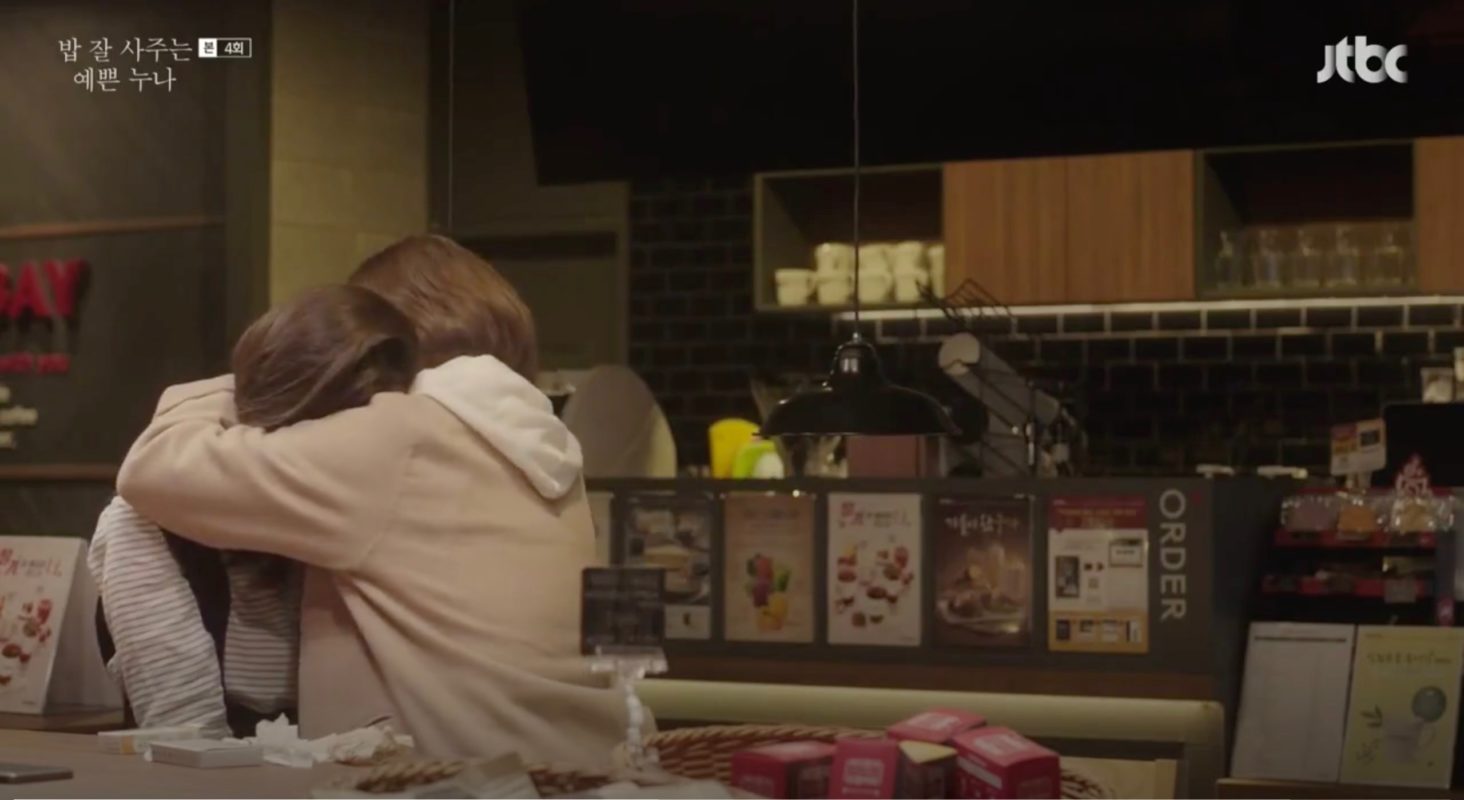 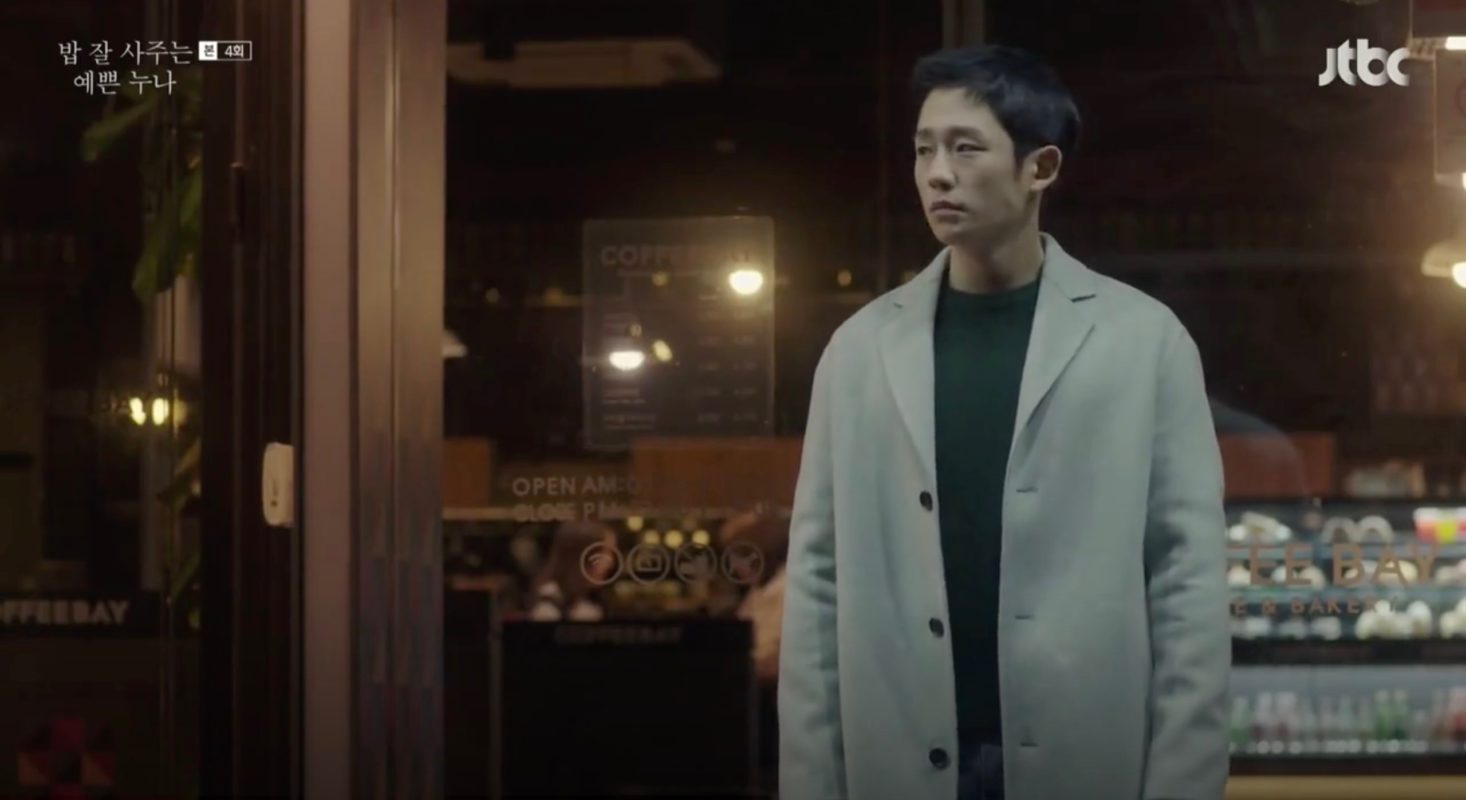 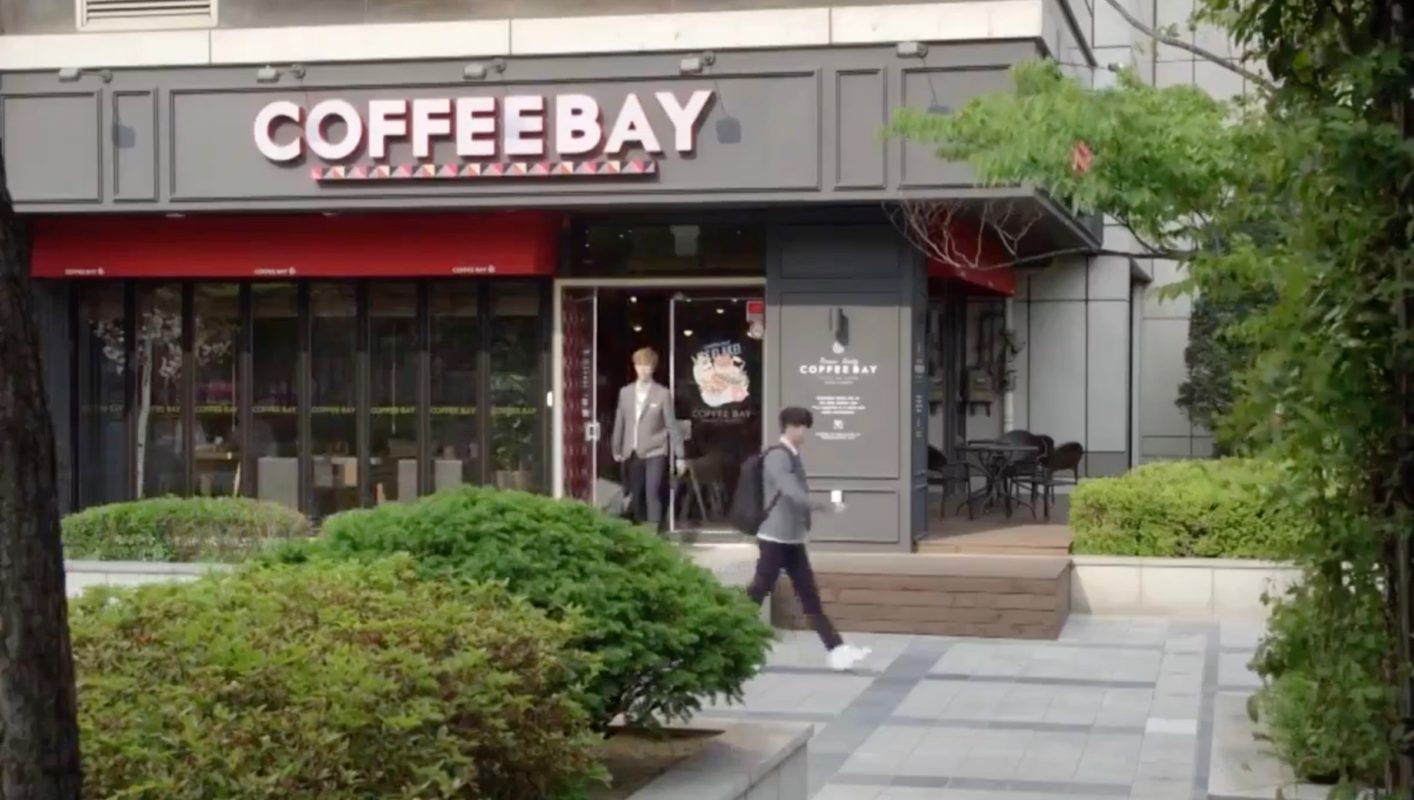 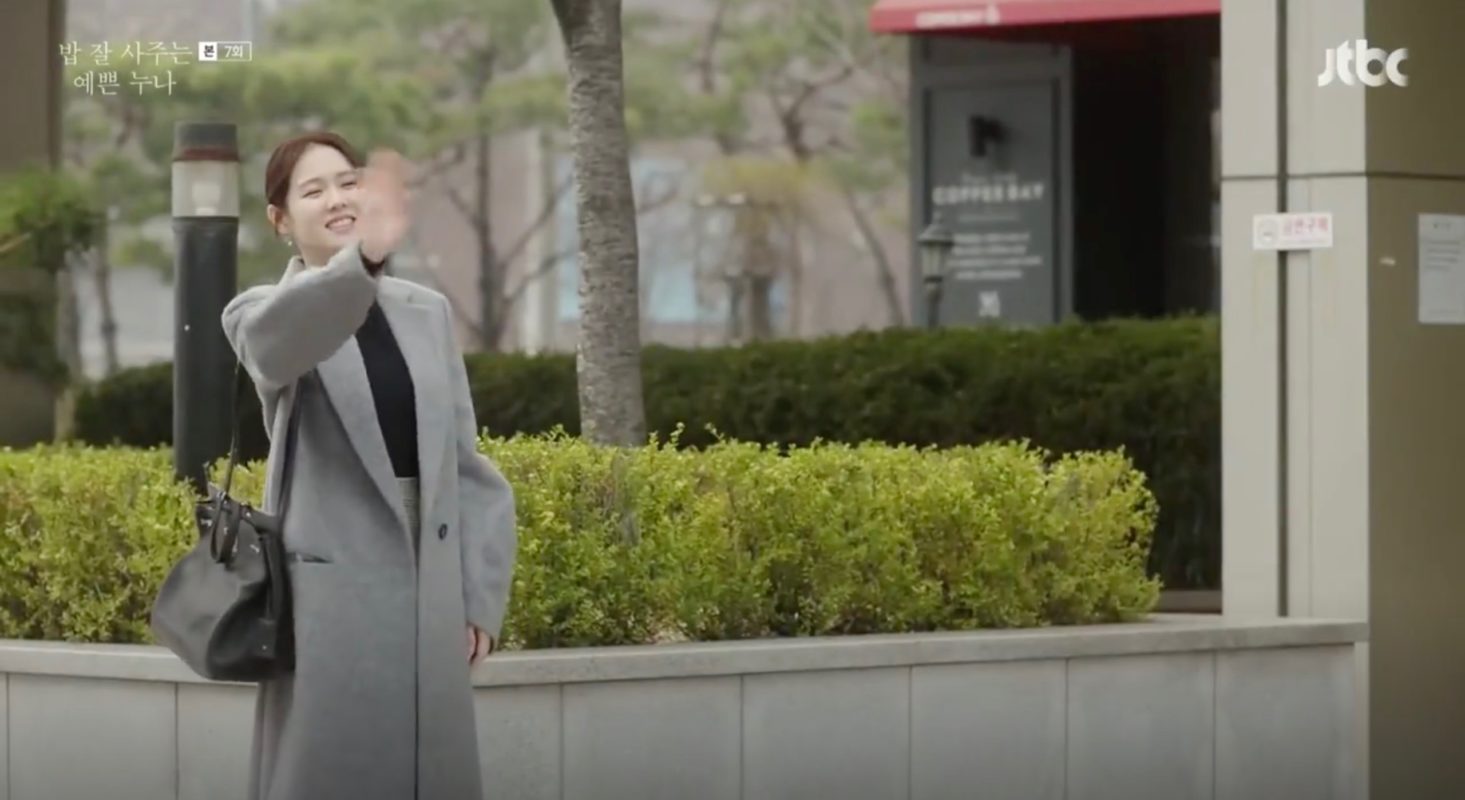 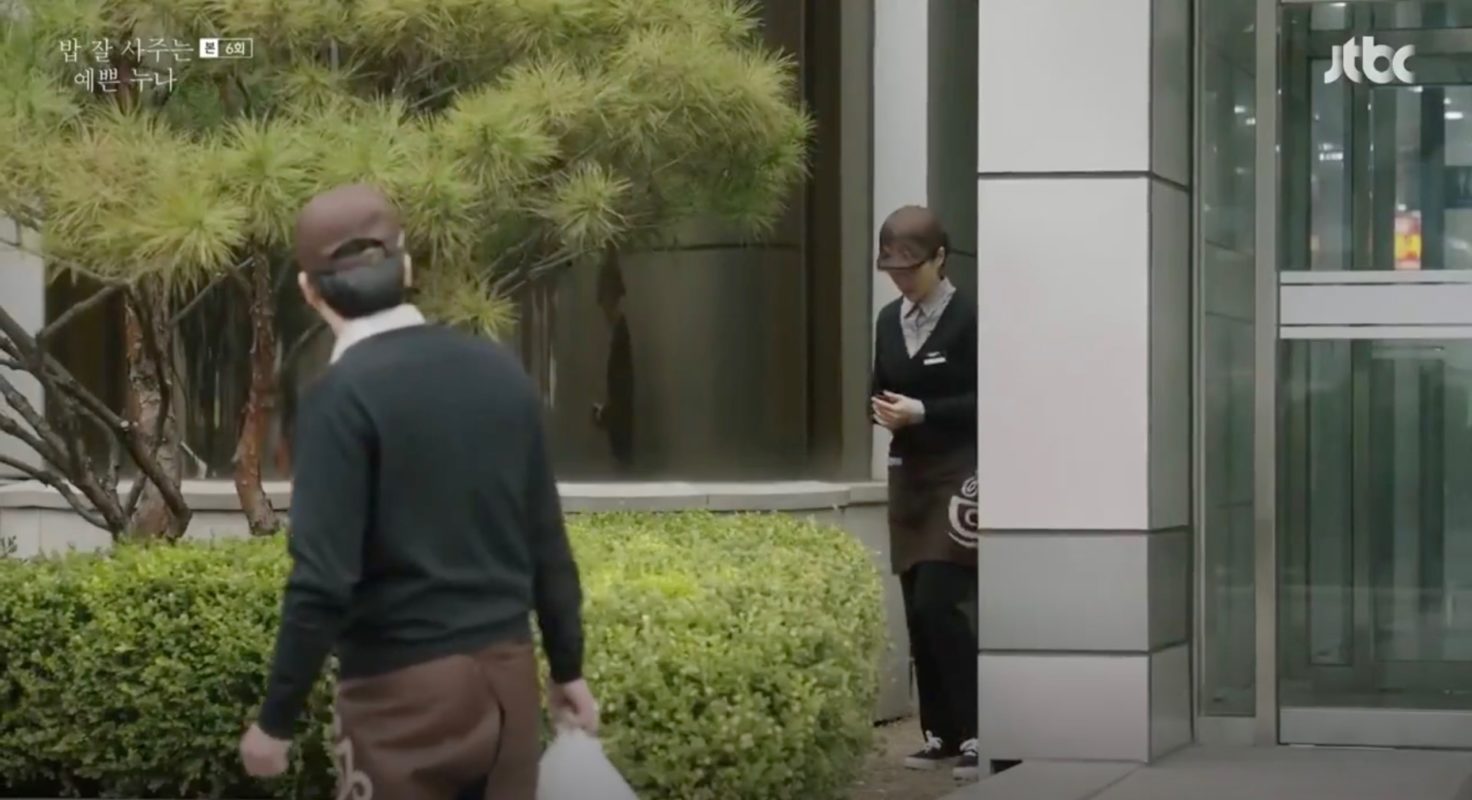 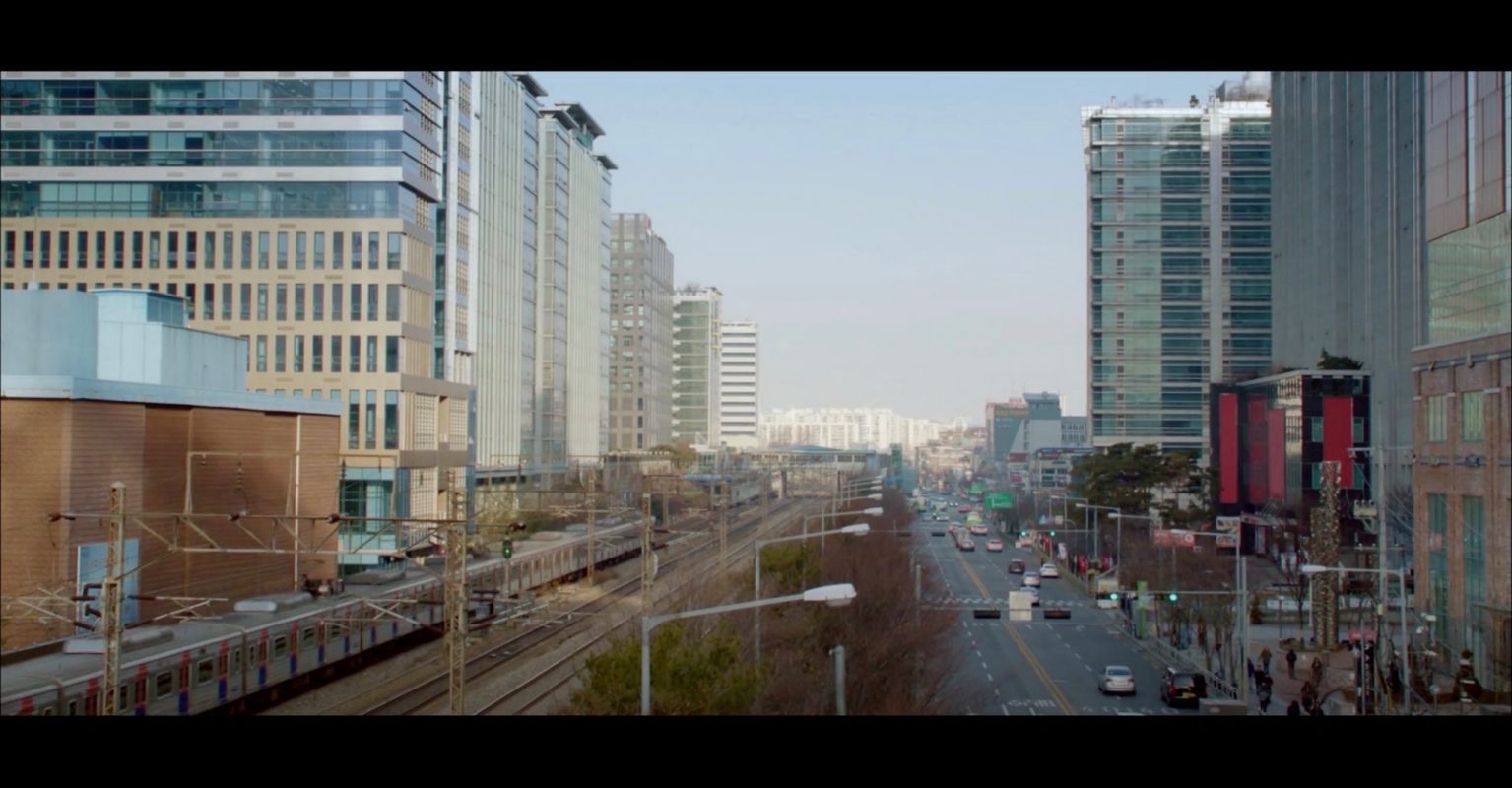 Kim Jin-hyeok (Park Bo-gum) meets up here with his father Kim Jang-soo (Shin Jung-keun) who is concerned about his relationship with Cha Soo-hyun (Song Hye-kyo) in episode 11 of Encounter/Boyfriend (남자친구) (tvN, 2018-19). In episode 13, Lee Dae-chan (Kim Joo-hun) comes to visit Jang Mi-jin (Kwak Sun-young) at her “workplace” (which she insists is a hotel) and they both come to this café for a little chat and he tells her that he misses her while she sips on a drink decorated with heart-shaped strawberries.

Yoon Jin-Ah (Son Ye-Jin) is send to this outlet from the main office to help out the branch manager so that he doesn’t have to close down shop from episode 2 onward in Something in the Rain/Pretty Noona Who Buys Me Food/Pretty Sister Who Treats Me to Meals (밥 잘 사주는 예쁜 누나) (JTBC, 2018). It is also at this branch where Jin-A got sexually assaulted by her ex-boyfriend in episode 4.

This is where Hong Seol (Kim Go-Eun) works part-time in Cheese in the Trap (치즈 인 더 트랩) (tvN, 2016). In episode 1, for instance, Yoo Jung (Park Hae-Jin) comes and orders an Americano and a Strawberry-Shake; leaving the latter behind for perplexed Hong Seol.

Getting here
Gasan Digital Complex [가산디지털단지역], Gyeongbu Line / Seoul Subway Line 1 and 7, Exit 4
Keep on walking until it appears on your left hand side; just before the motorway bridge.