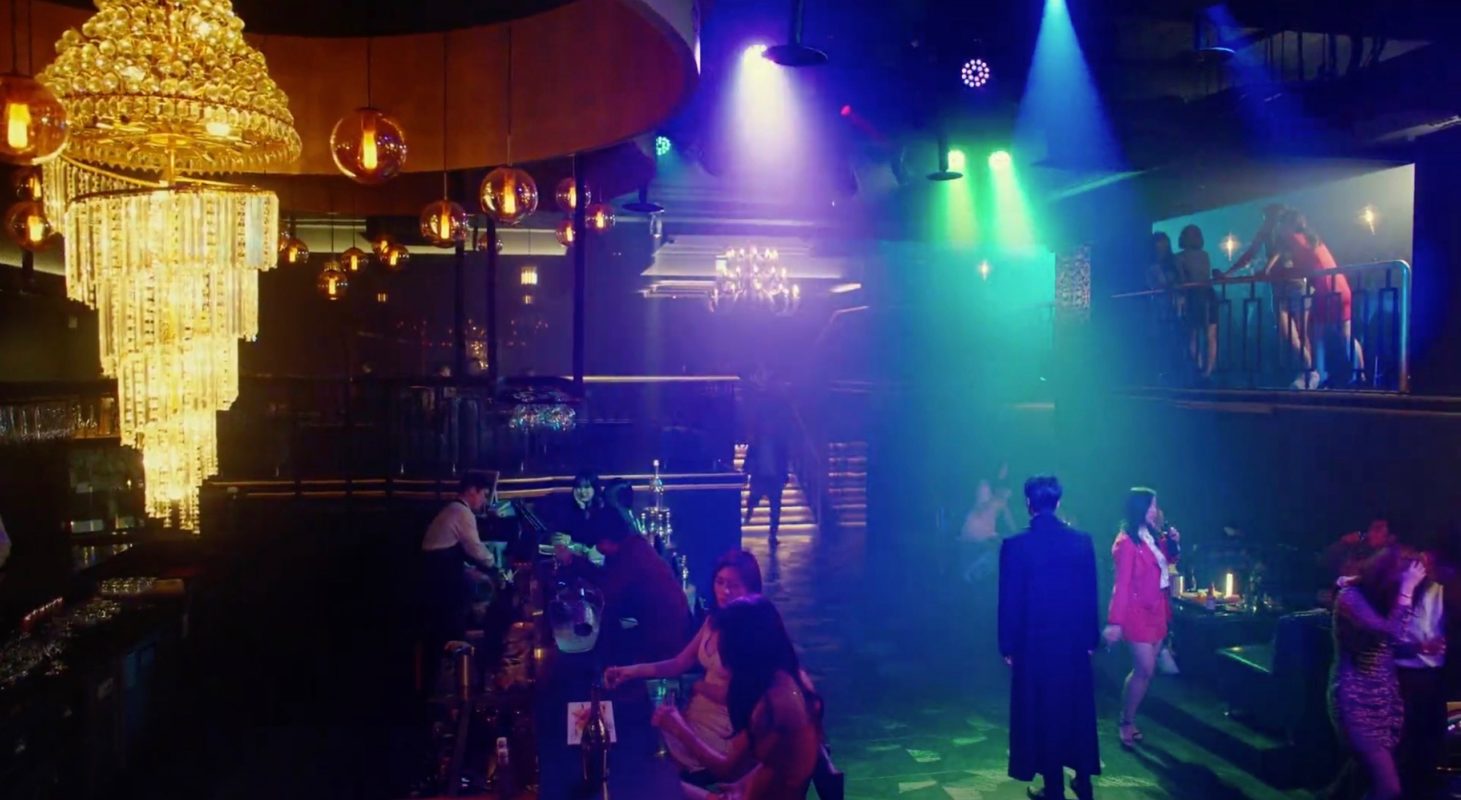 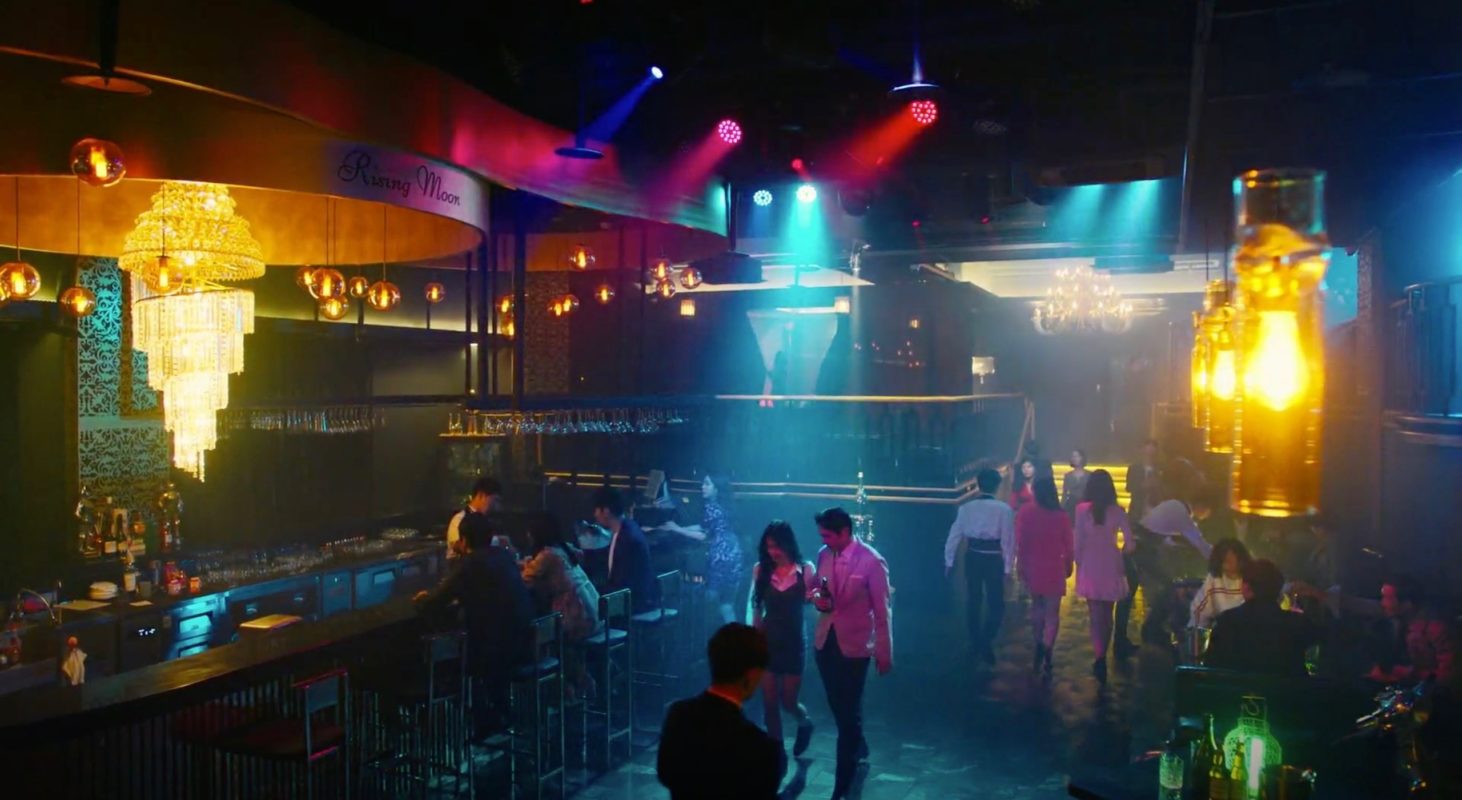 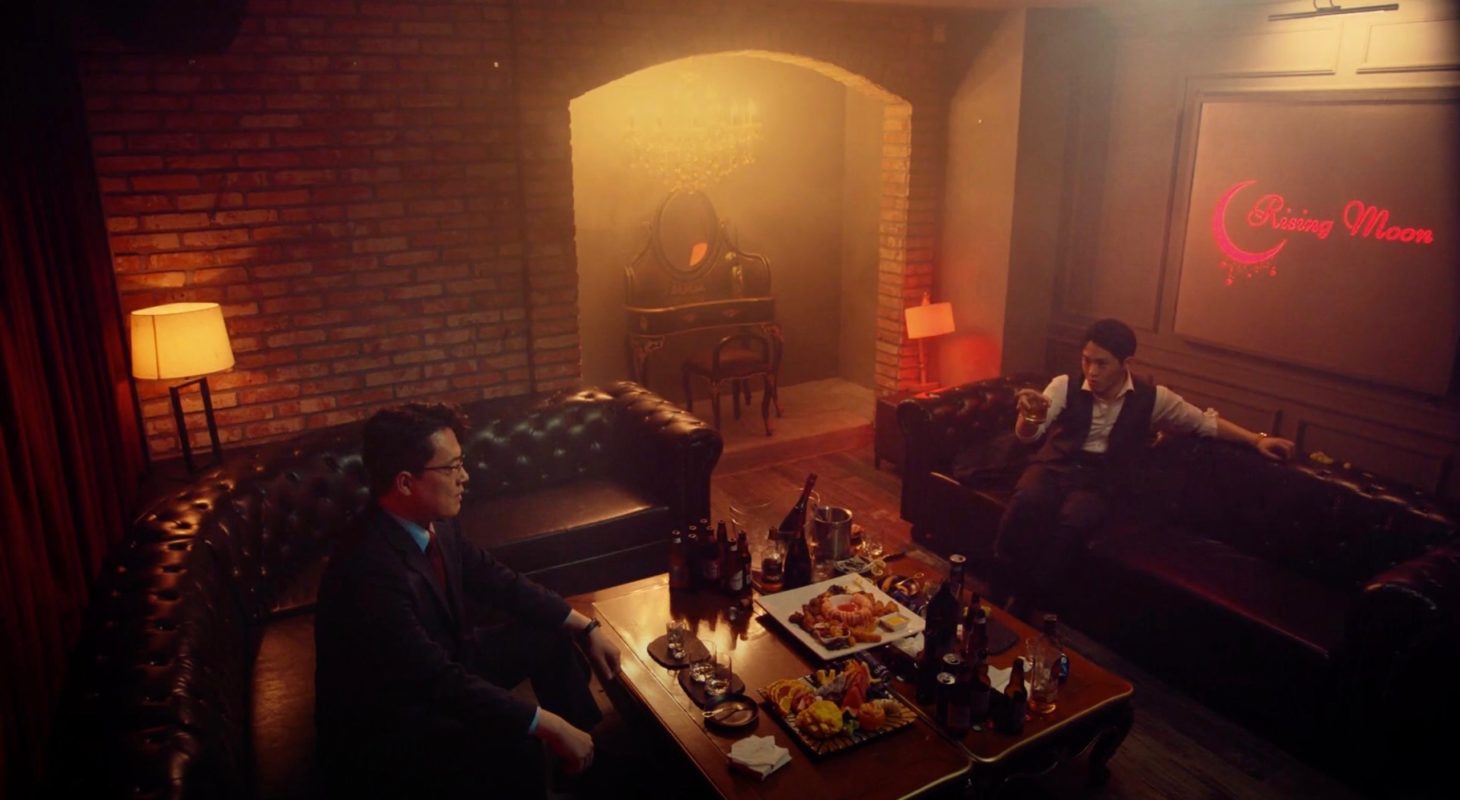 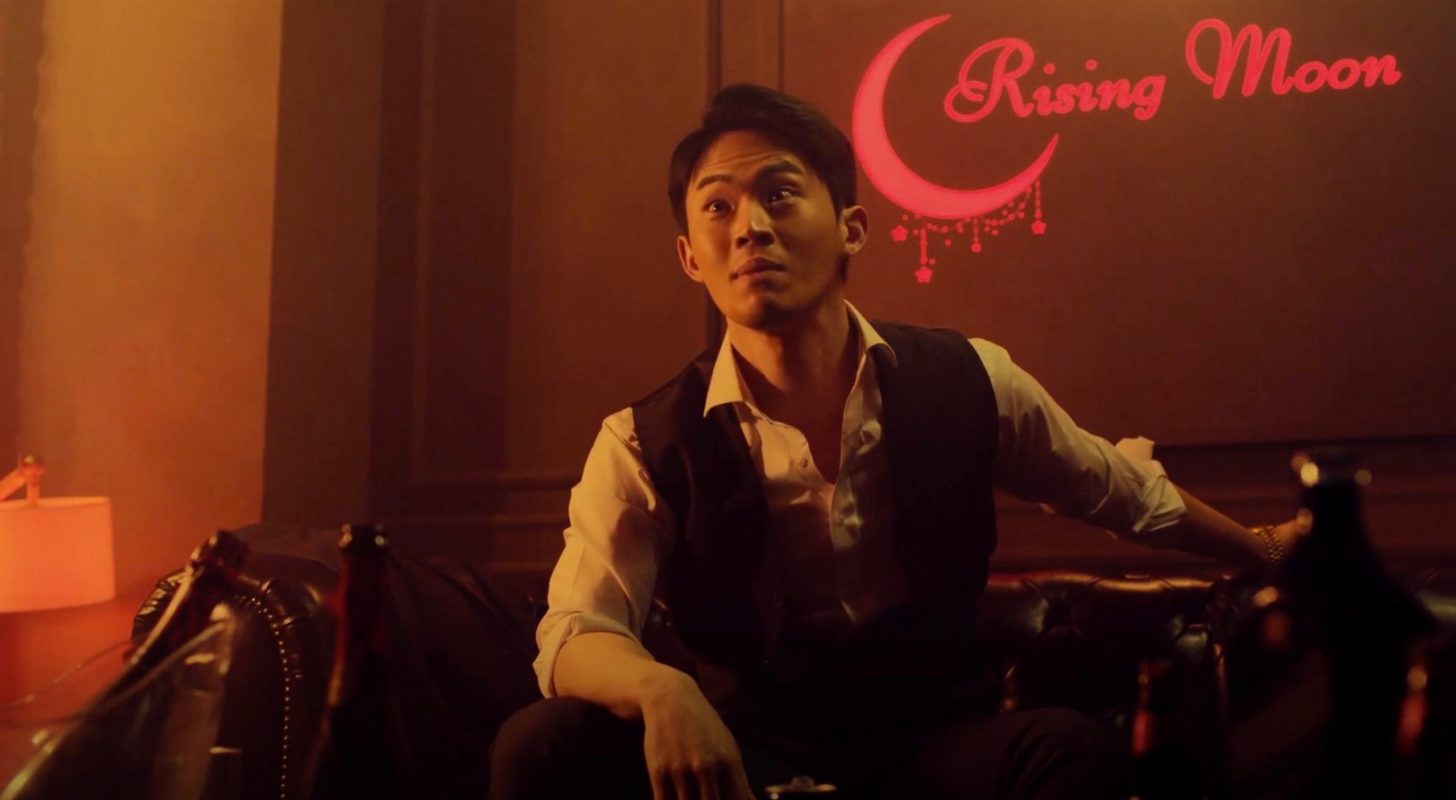 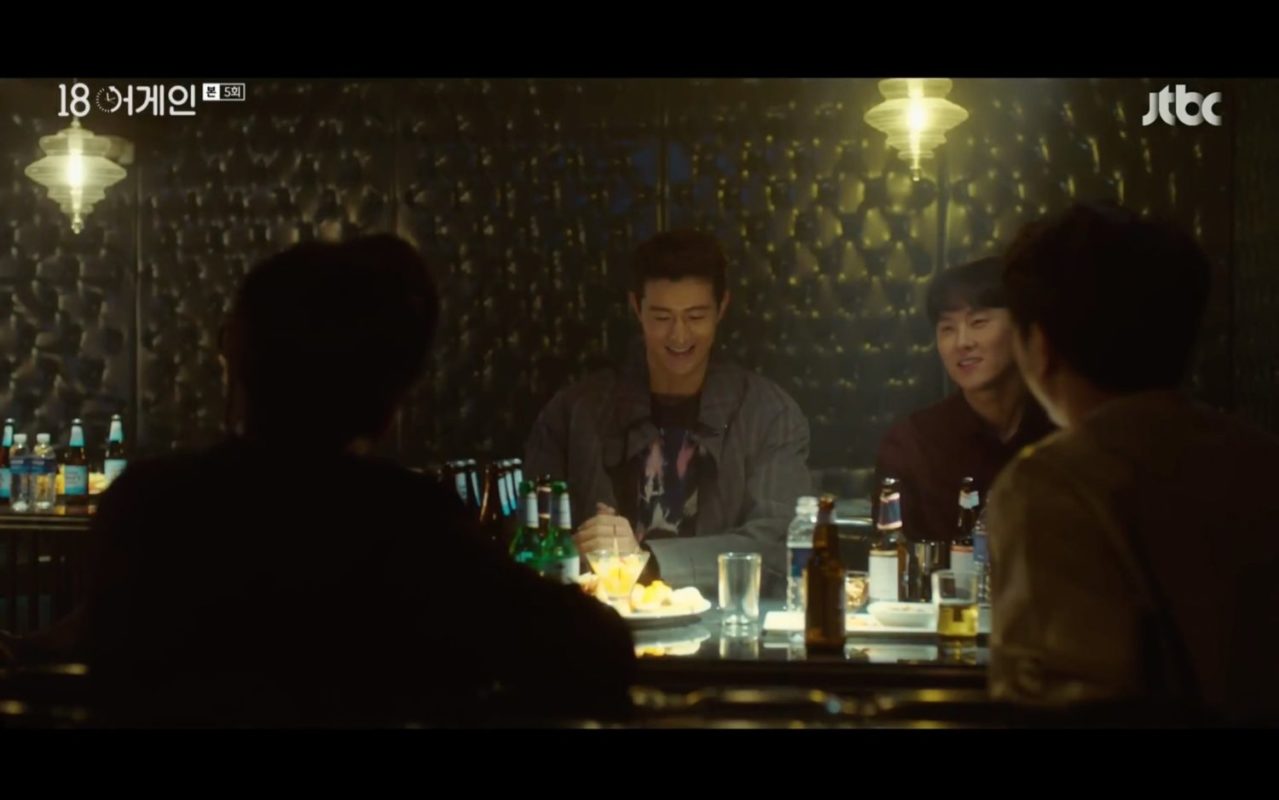 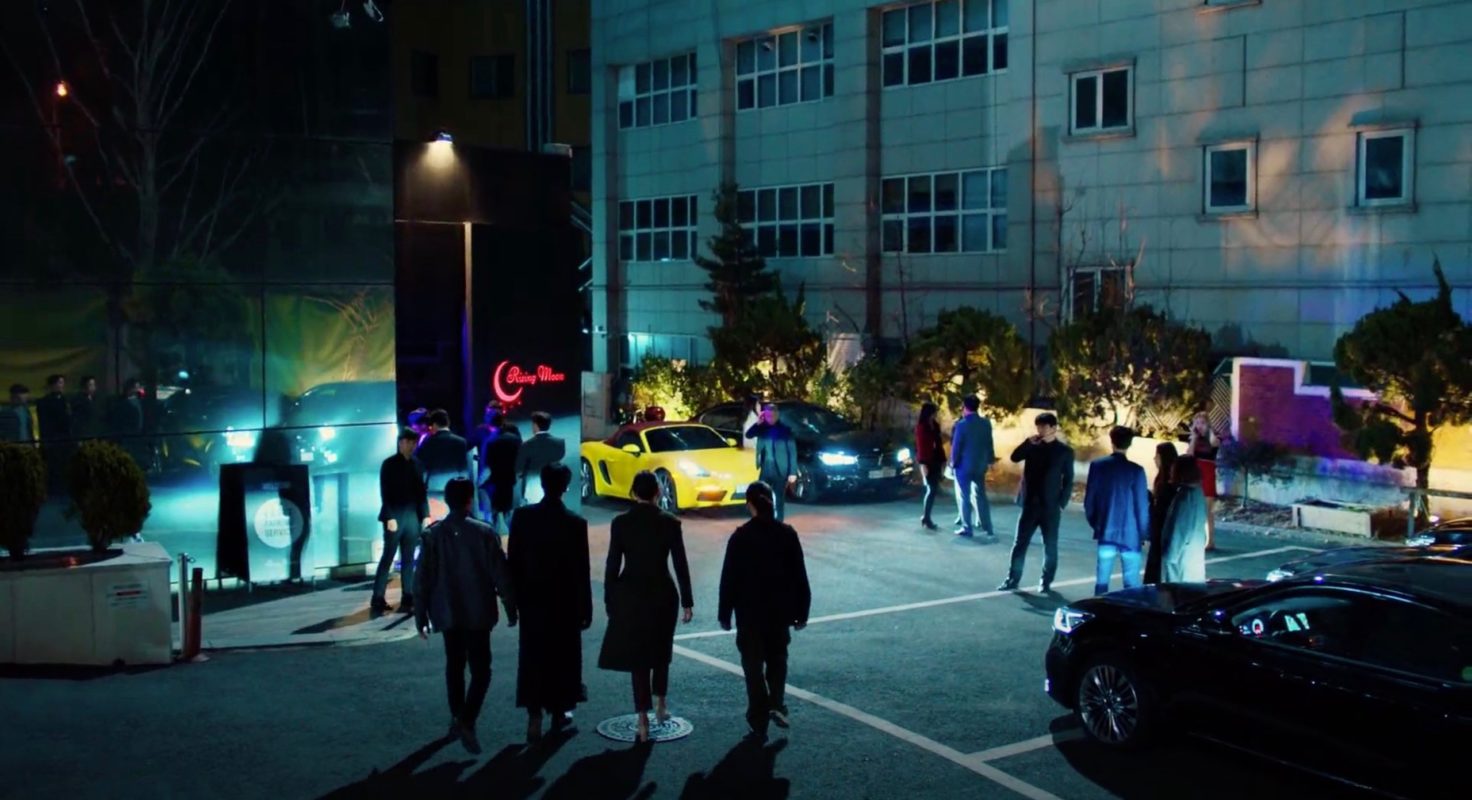 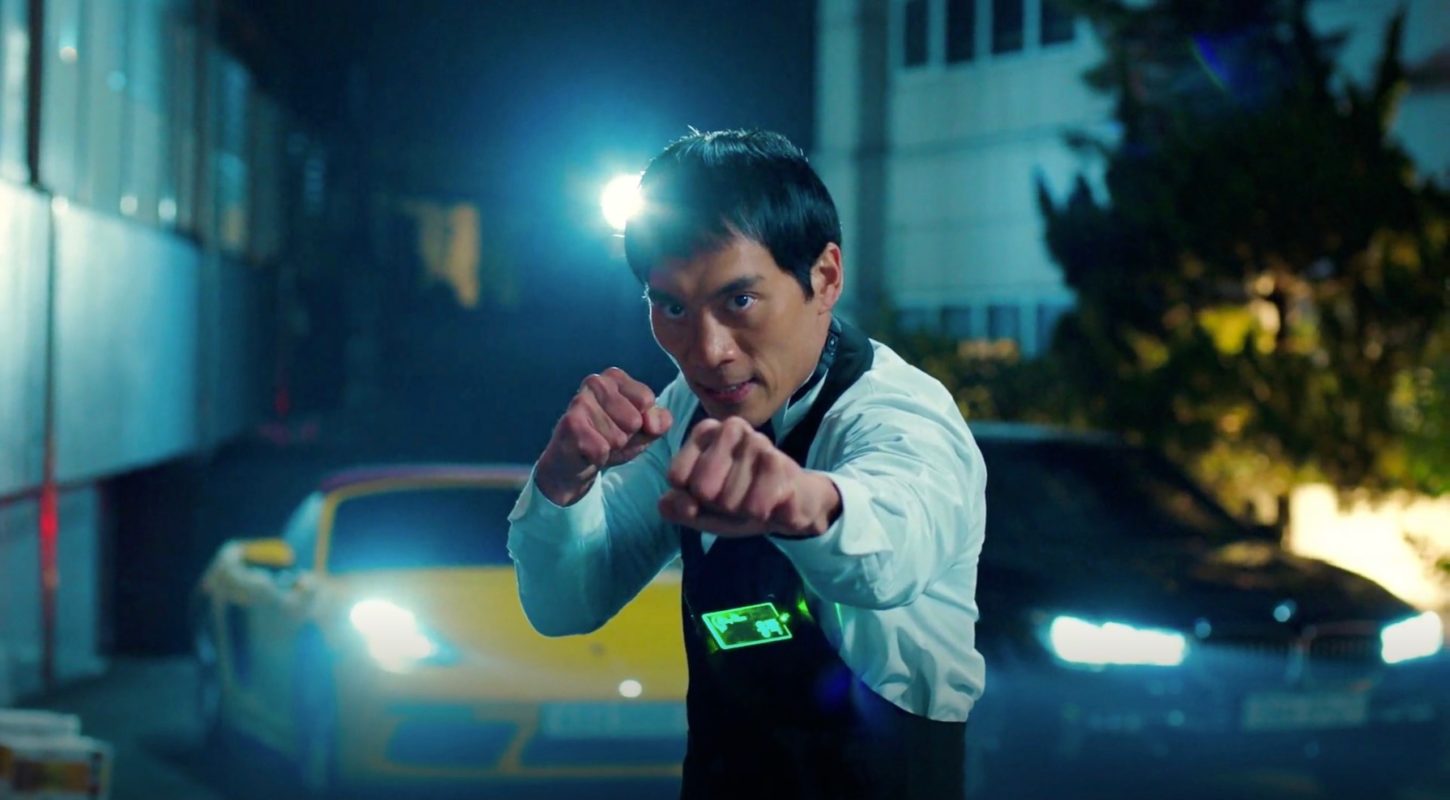 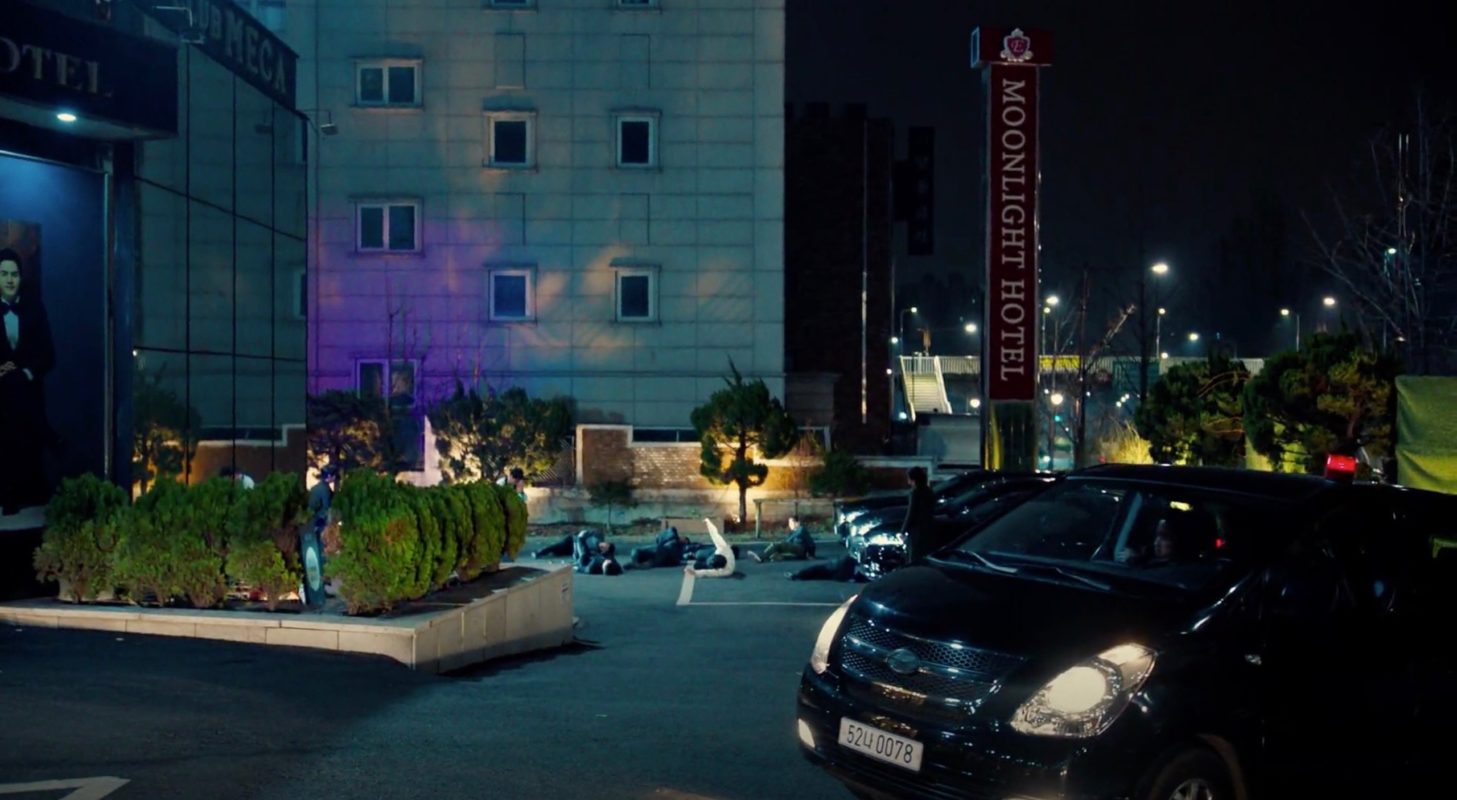 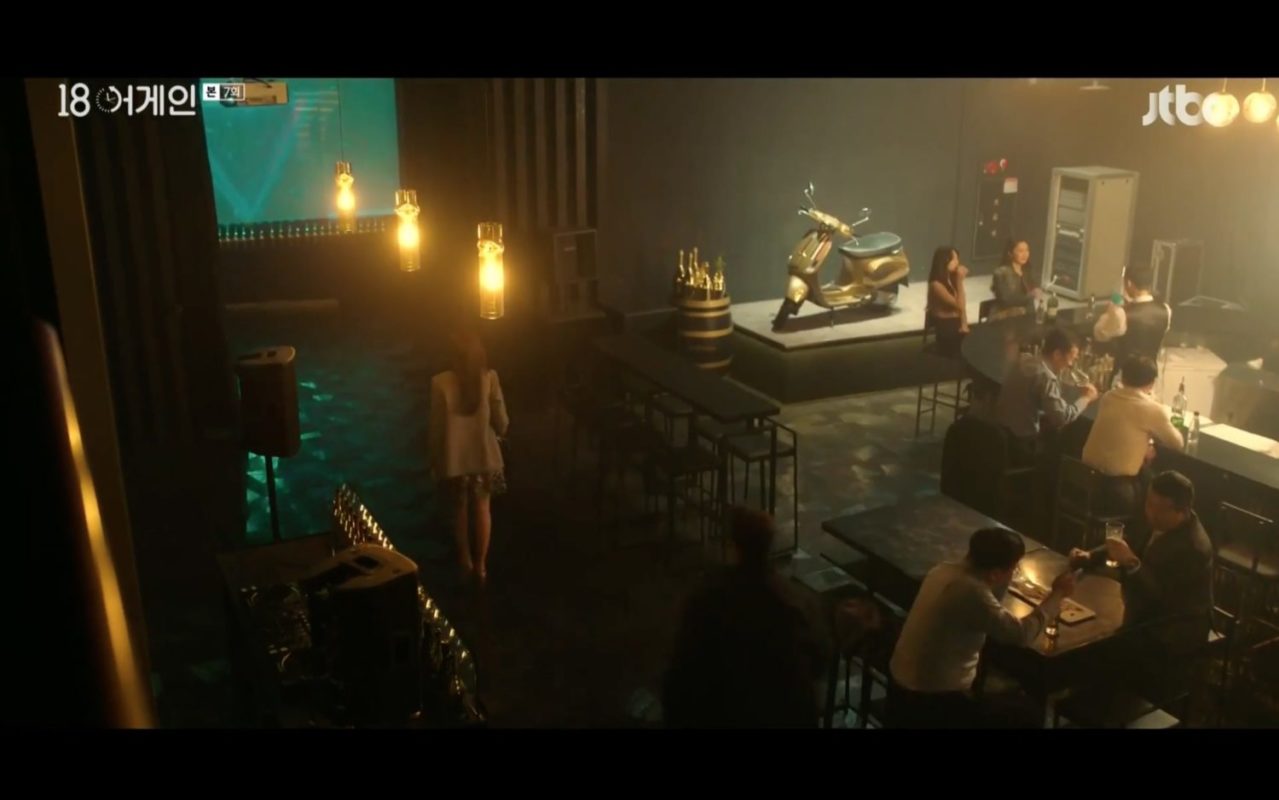 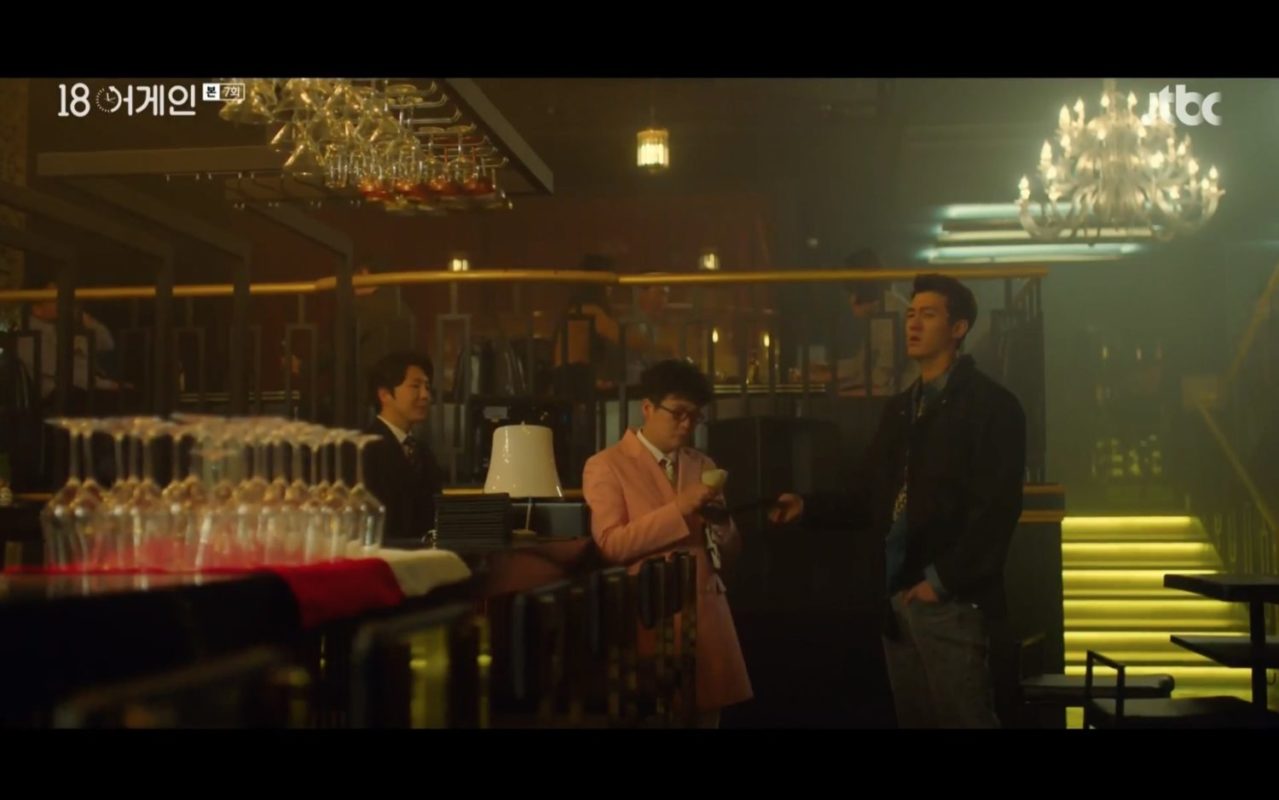 Choi Il-kwon (Lee Ki-woo) hangs out regularly with his friends at this night club in 18 Again (18 어게인) (JTBC, 2020) — as seen, for instance, in episode 5 when it is revealed that Il-kwon accepted a bet that he will seduce Jung Da-jung (Kim Ha-neul). In episode 7, Il-kwon holds his parent-teacher meetings at this club and tries to extort money from Jung Da-jung (Kim Ha-neul) and Ko Deok-jin (Kim Gang-hyun) so that their son can enter the right basketball teams.

This night club appears as the nightclub ‘Rising Moon’ in episodes 25-27 of The Fiery Priest/Hot Blooded Priest (열혈사제) (SBS, 2019). It is central to fictive district’s ‘Gudam-gu’ power pyramid of corruption and exploitation of citizens and the misfit team around priest Kim Hae-il (Kim Nam-gil) come here on a mission during which Ssongsak Tekaratanapeuraseoteu’s (Ahn Chang-hwan) Muay Thai skills get los revealed.

Club Meca [클럽메카] is a night club that is located in the basement in Hotel Crown Itaewon [크라운호텔] in Seoul’s neighborhood Itaewon [Itaewon-dong/이태원동] in the Yongsan District [Yongsan-gu/용산구].