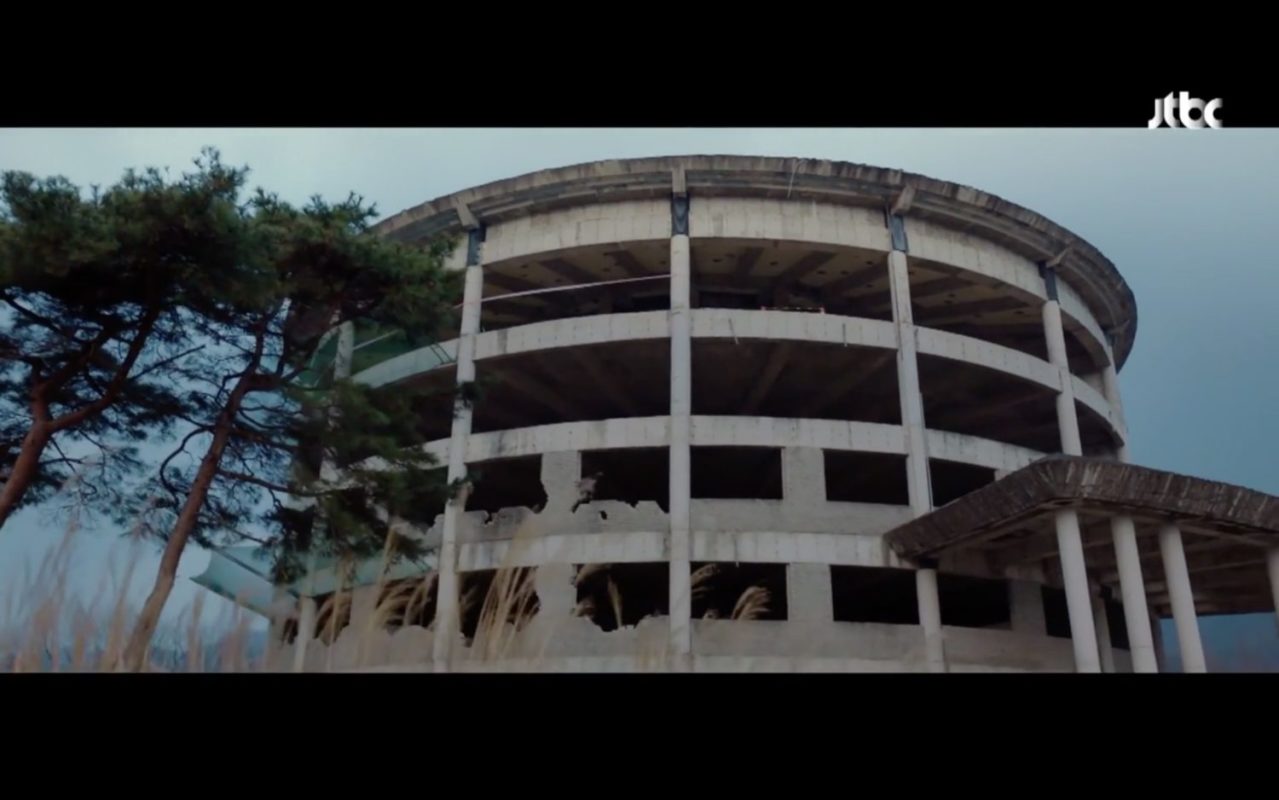 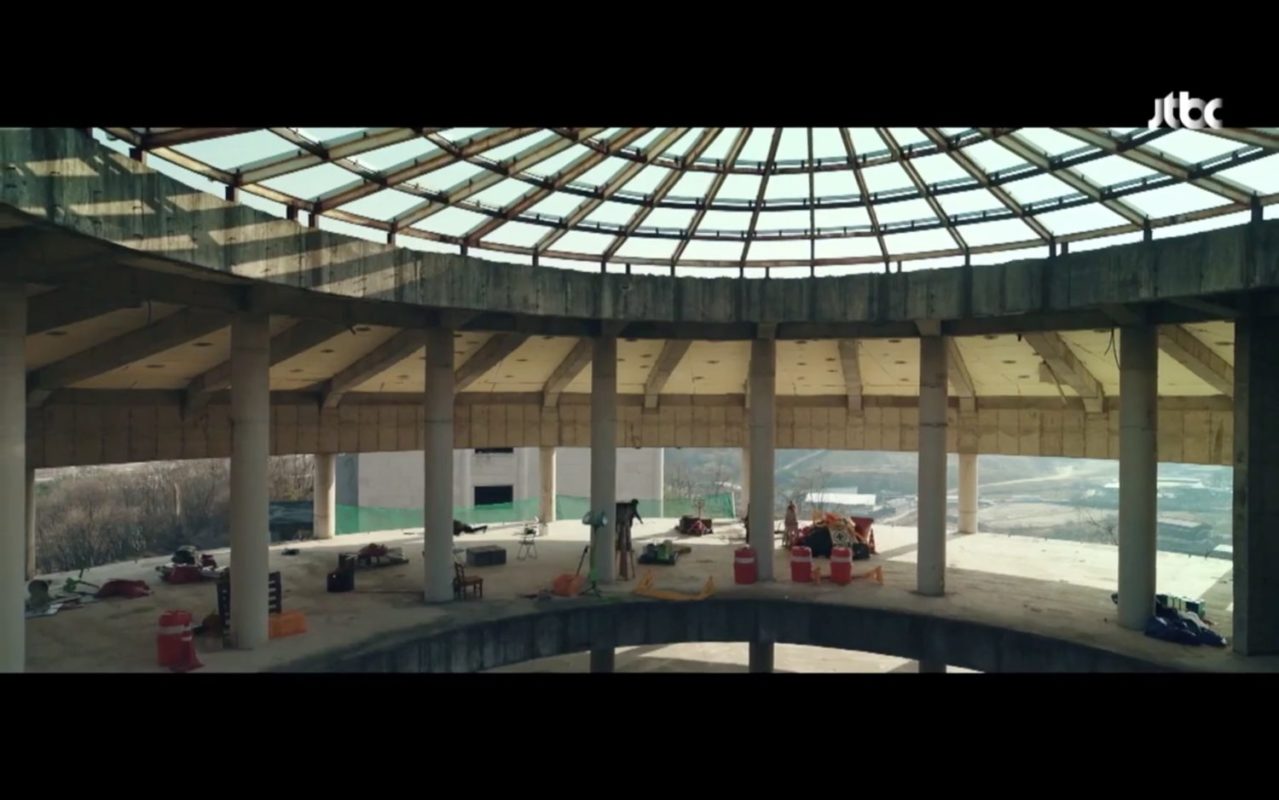 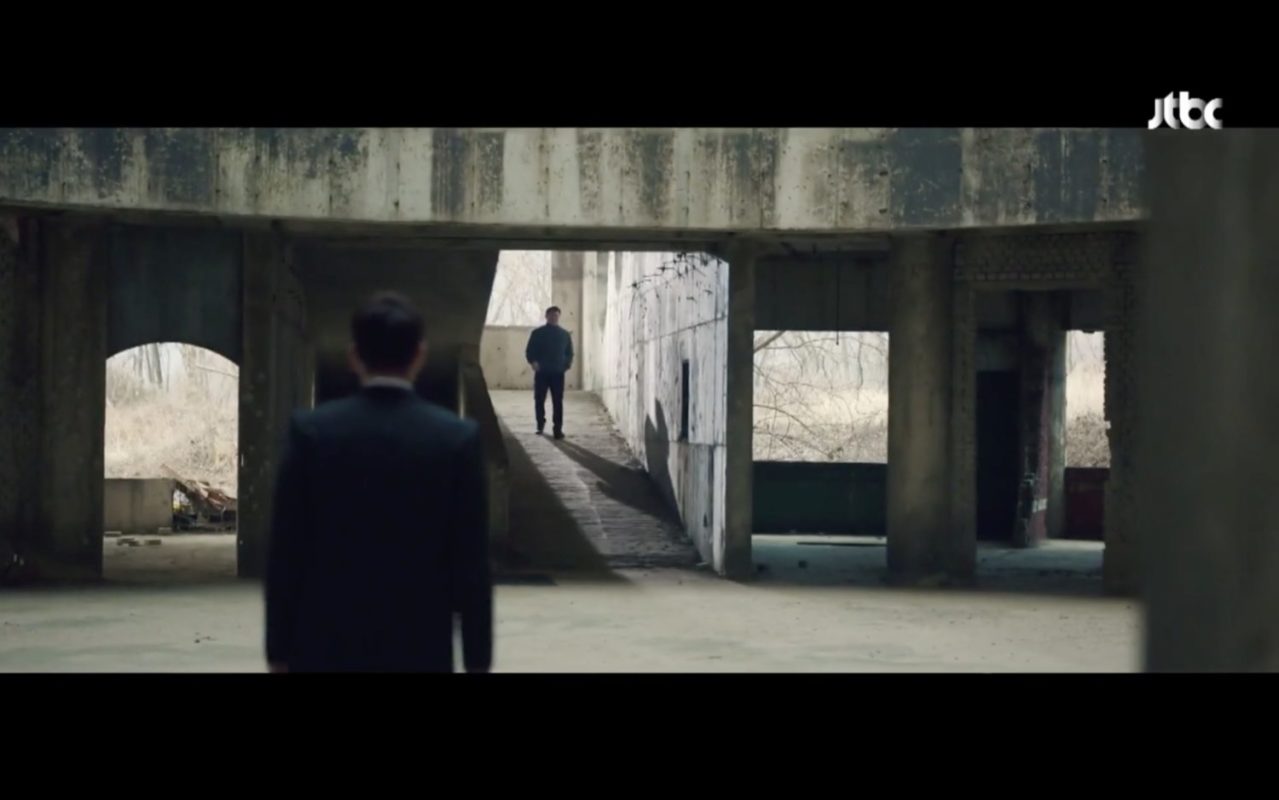 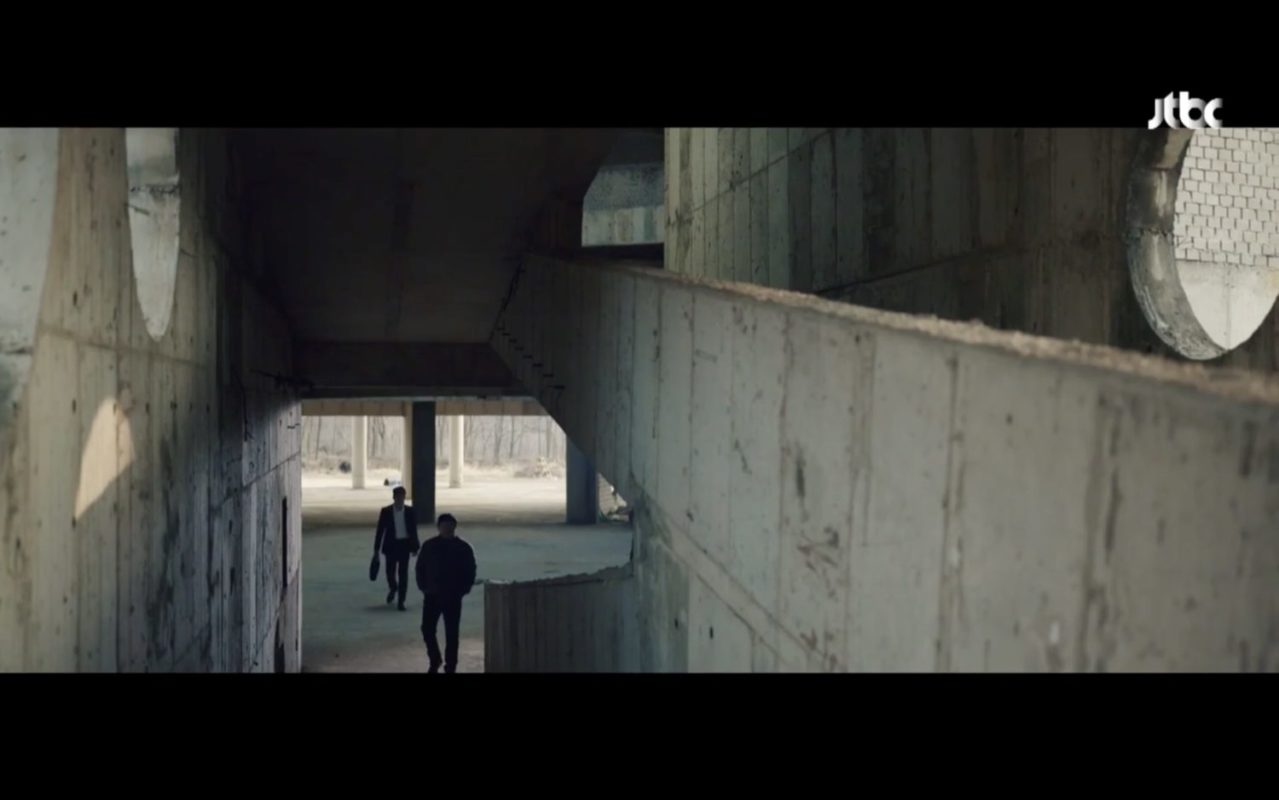 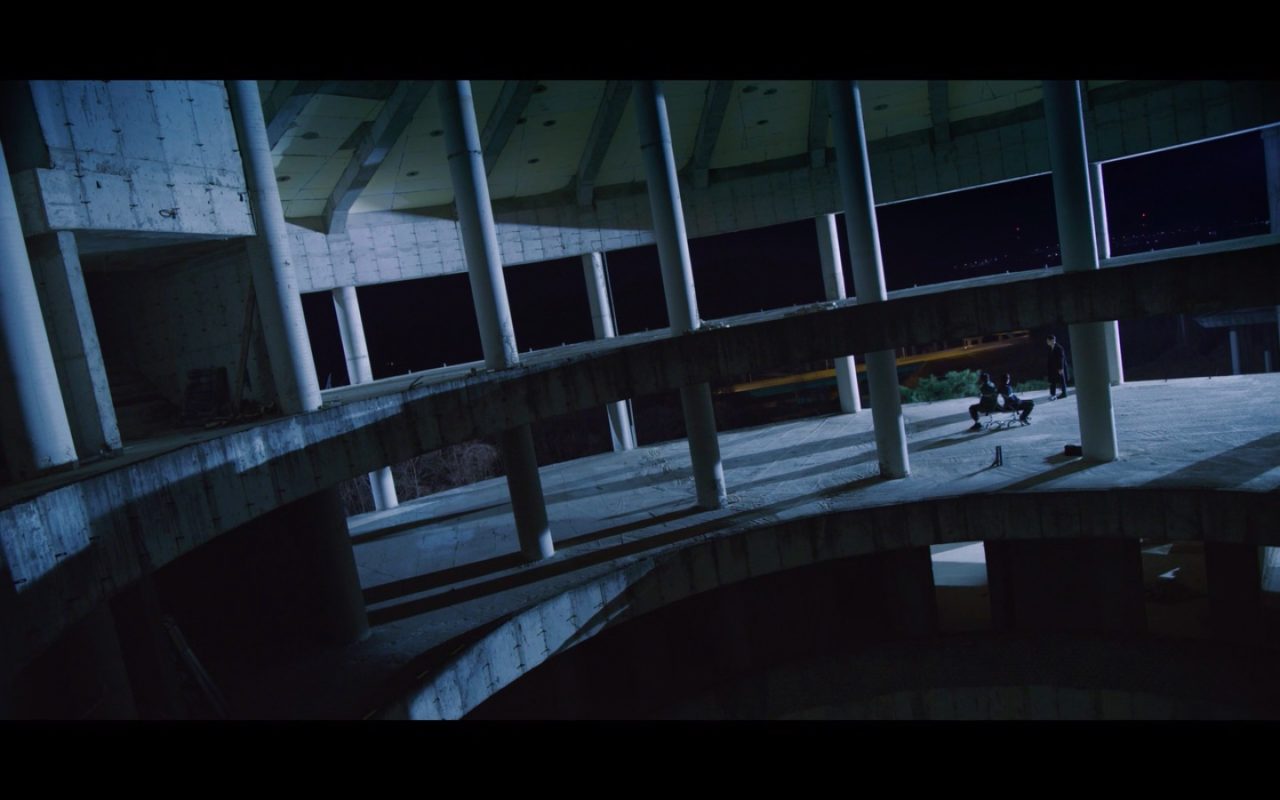 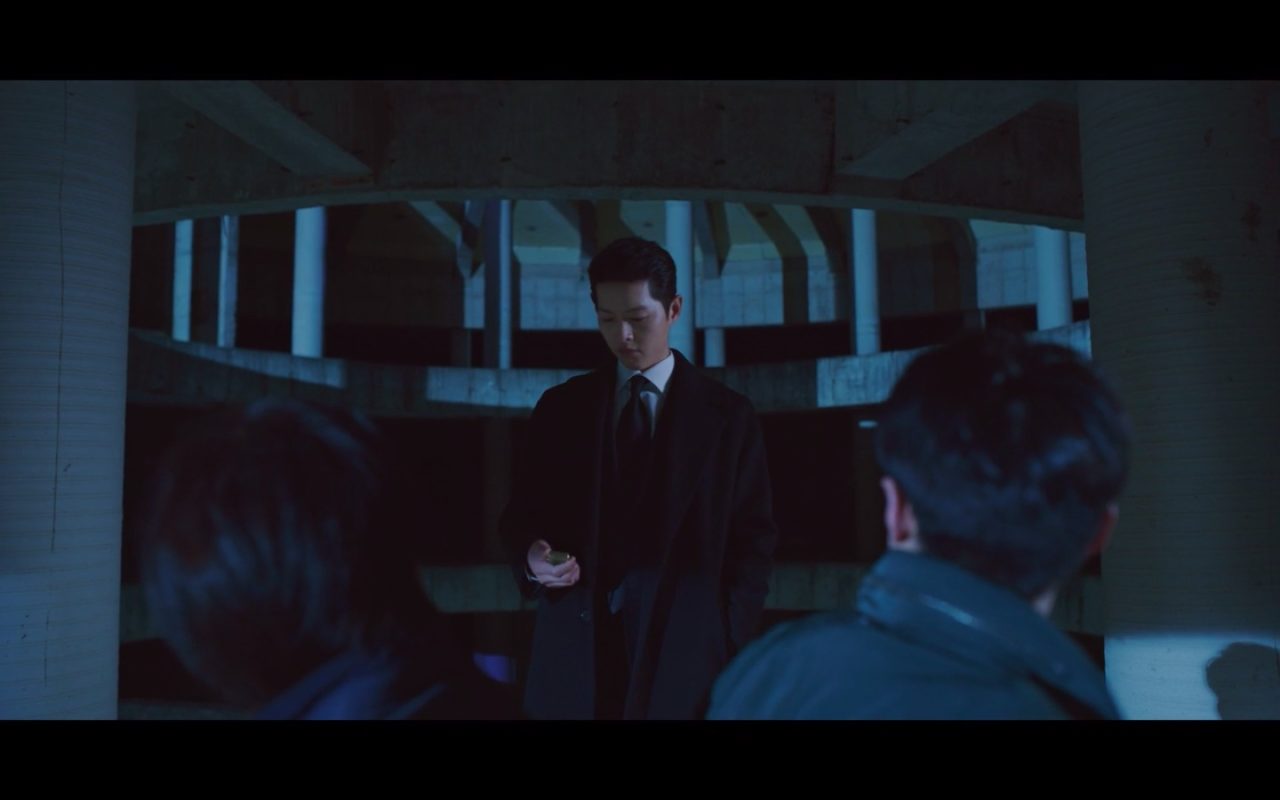 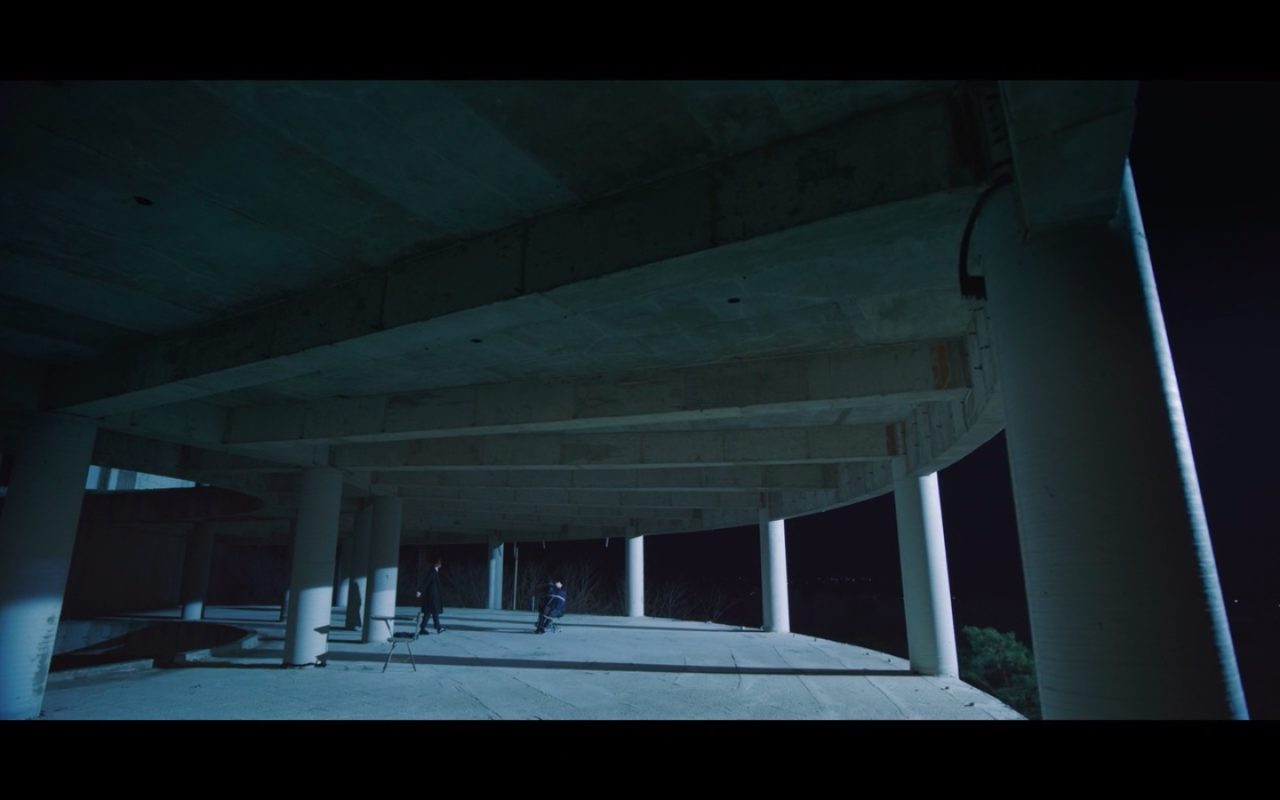 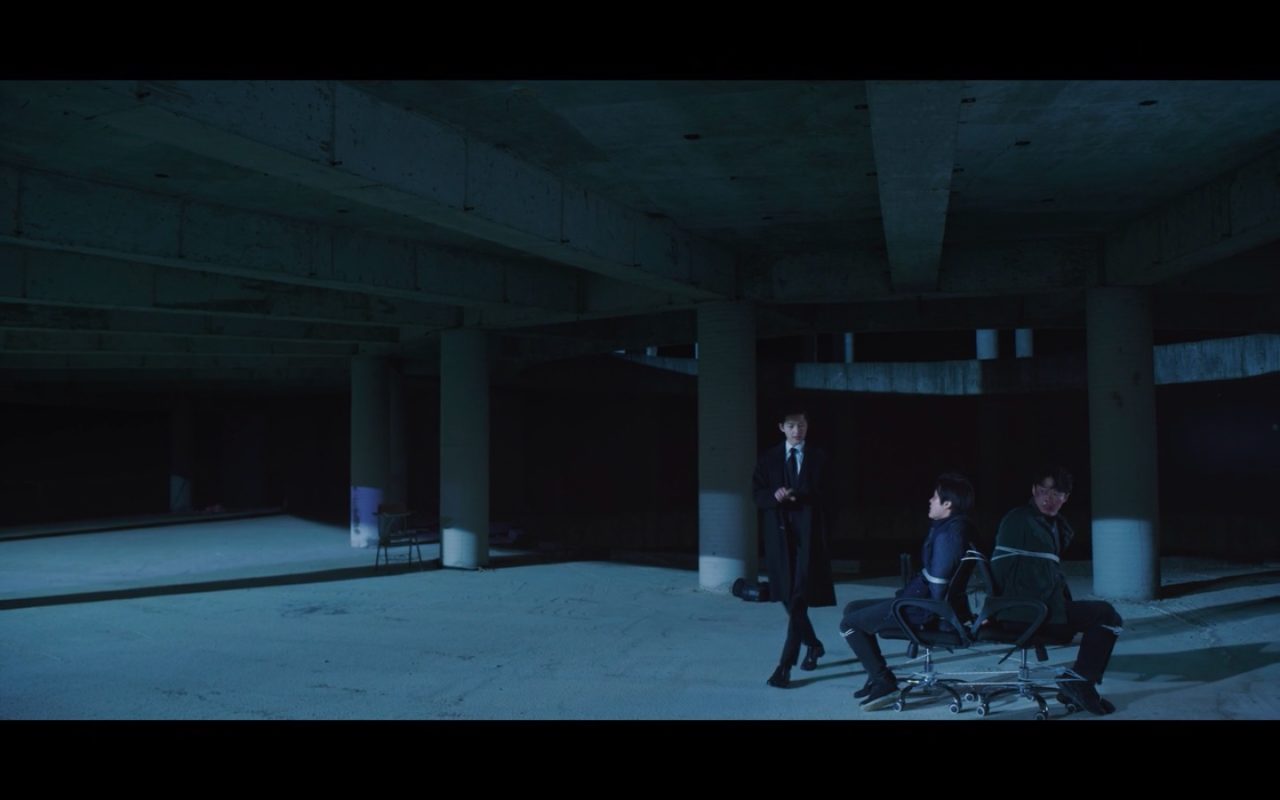 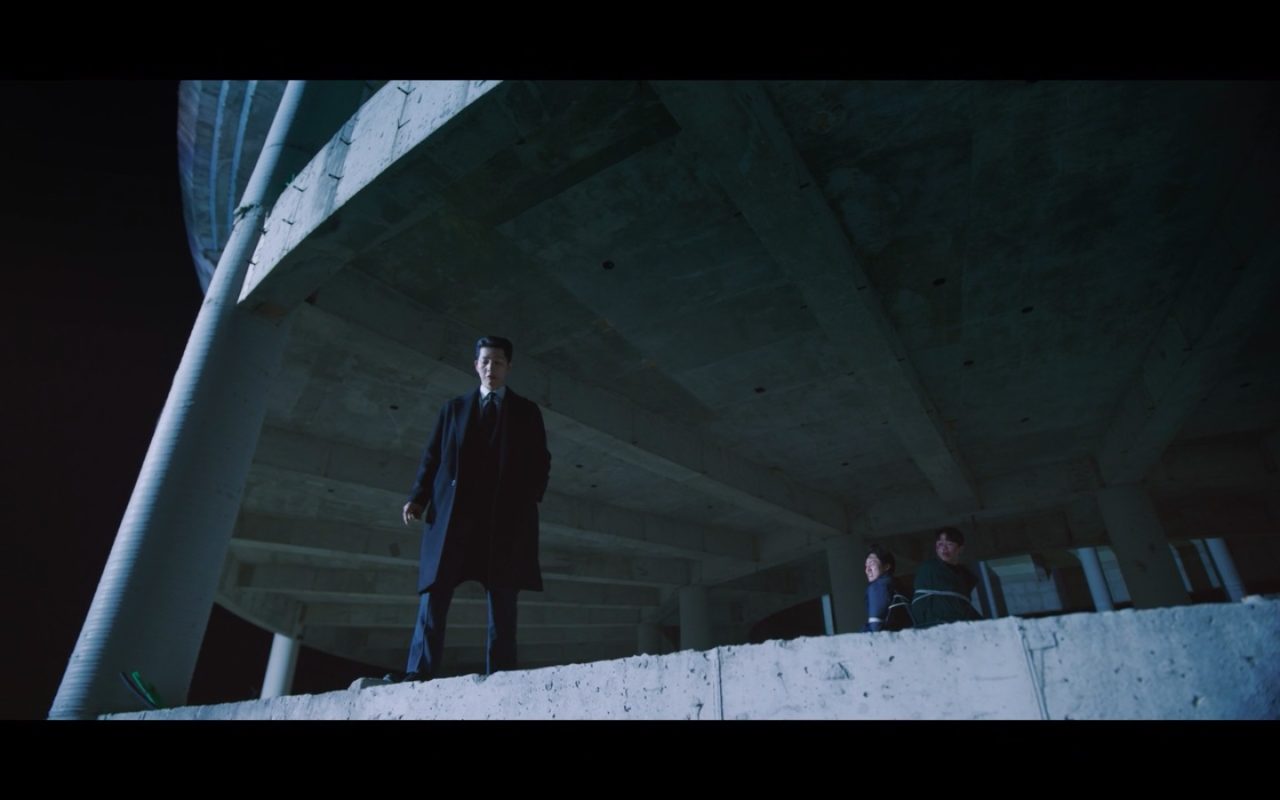 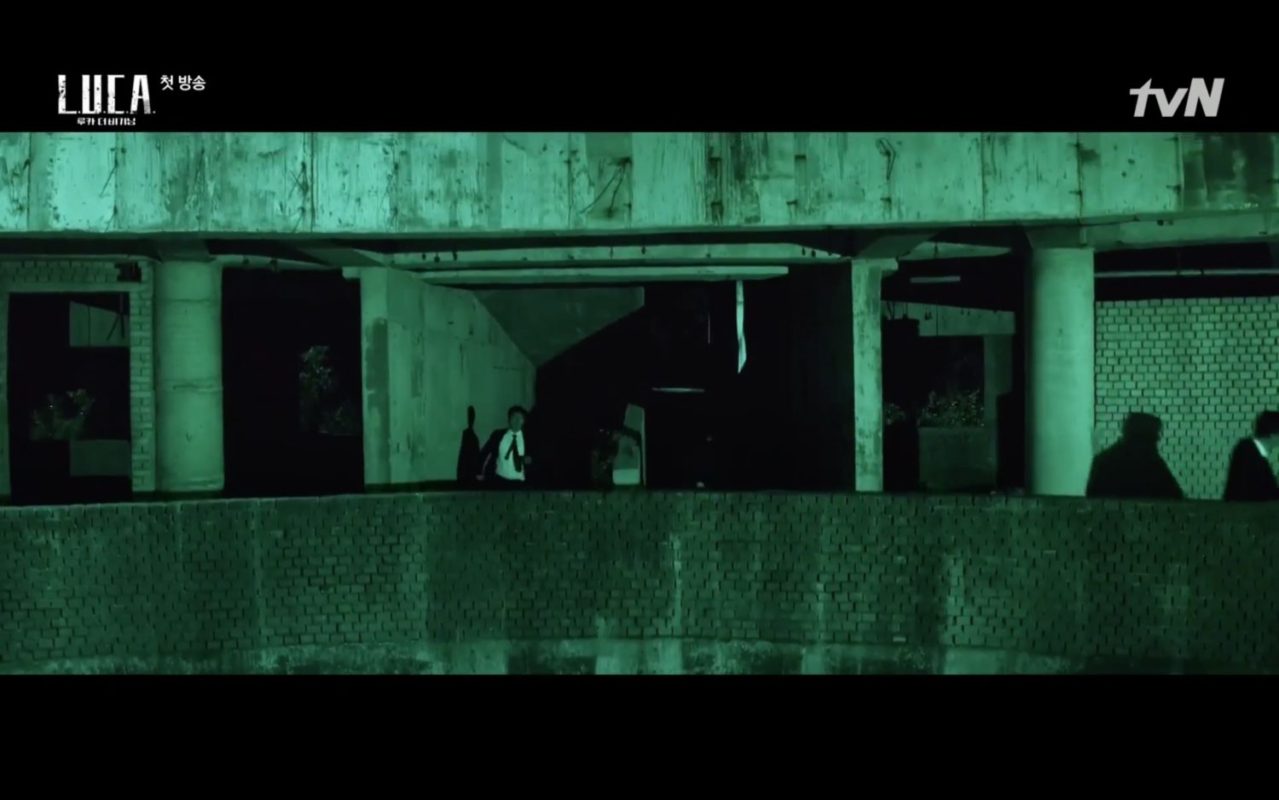 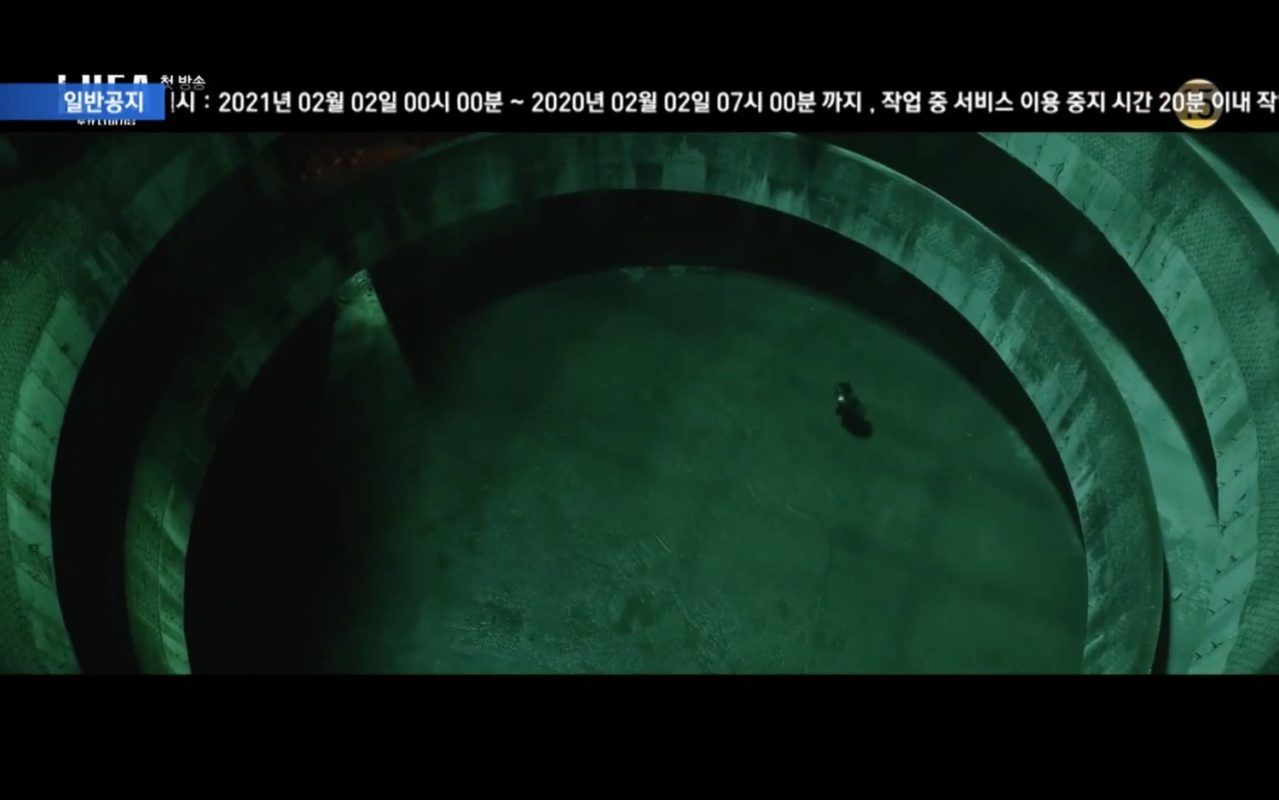 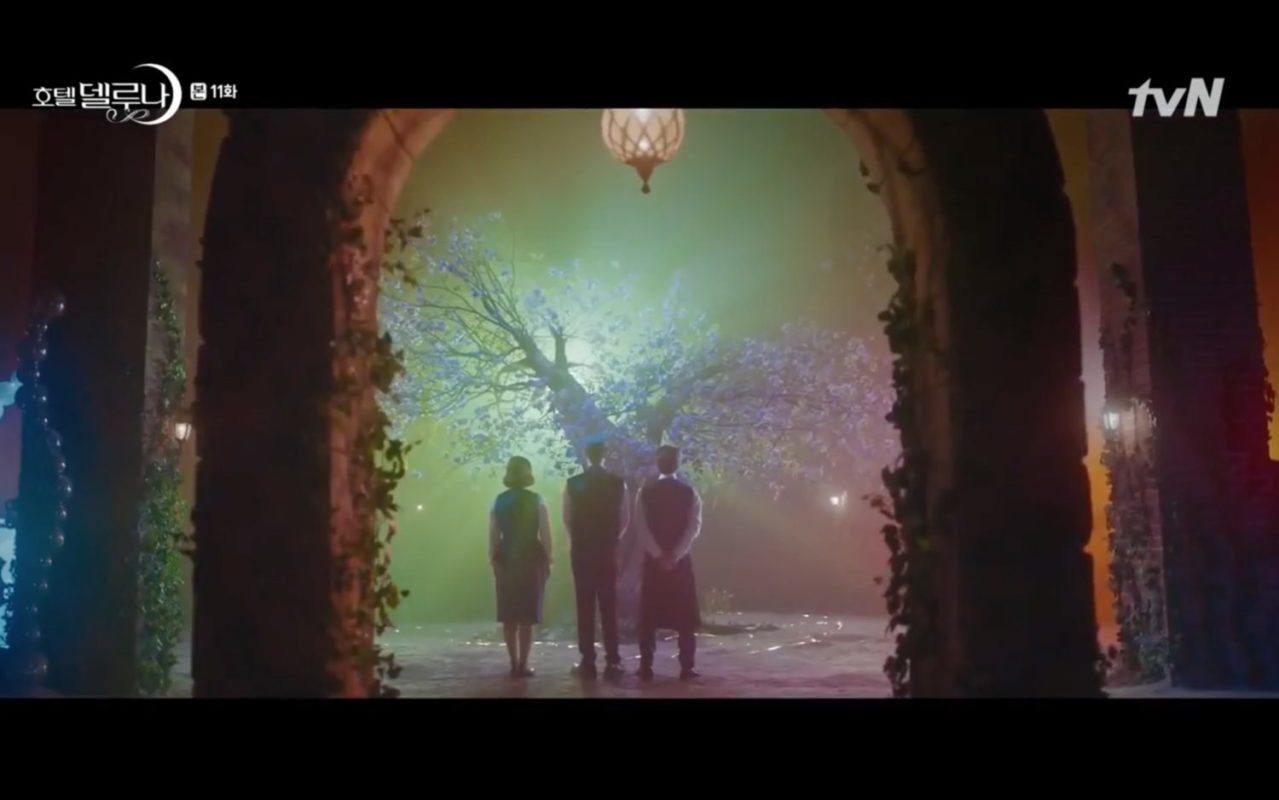 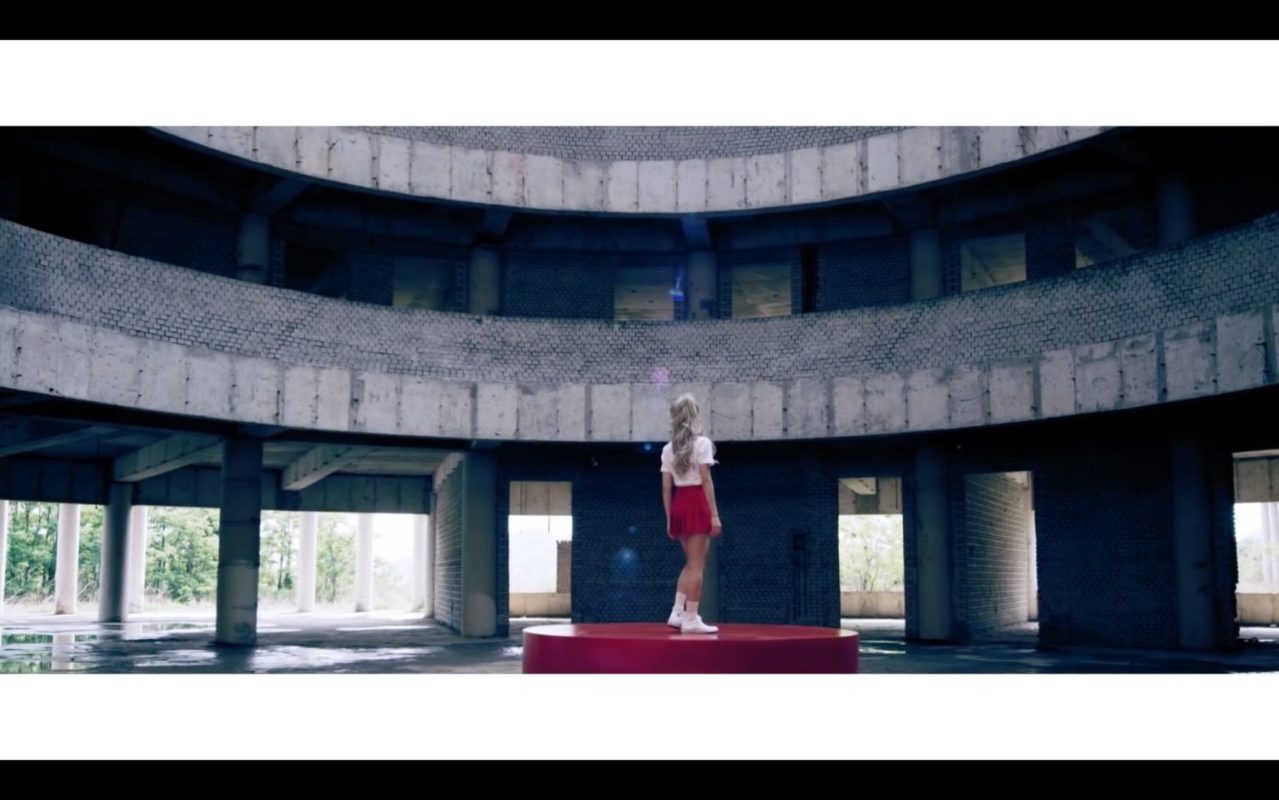 Vincenzo Cassano/Park Joo-hyung (Song Joong-ki) holds the corrupt police detectives hostage at this abandoned building in episode 10 of Vincenzo (빈센조) (tvN/Netflix, 2021), with him threatening to push them off the edge if they do not comply with his demands.

Right at the beginning of episode 1 of L.U.C.A.: The Beginning / LUCA (루카: 더 비기닝) (tvN, 2021), a man with a baby in his arms is chased through this abandoned building while a voice tells the child not to forget that it is not a monster.

In June 1996, Korea Health University [한국보건대학교] started a four year construction period to build her Gimcheon Campus on a site of 70,000 square meters in the village of Okyul [Okyul-ri/옥율리] in Gimcheon’s Eomo Township [Eomo-myeon/어모면]. The construction was then stopped abruptly in June 1999 when the IMF crisis hit, apparently because of a legal battle tied to the contractor’s bankruptcy. At this time, 70% of the construction of its three buildings (except their interior) had already been completed. The entrance was closed off in 2009 and a warning notice against unauthorized trespassing was put into place. Today, the abandoned buildings mainly serve as filming sites for dramas, MVs, and movies.

— submitted by Marion KDL, updated by Mich KDL
— MV and movie references from this blog
— Bad and Crazy added by sarahms