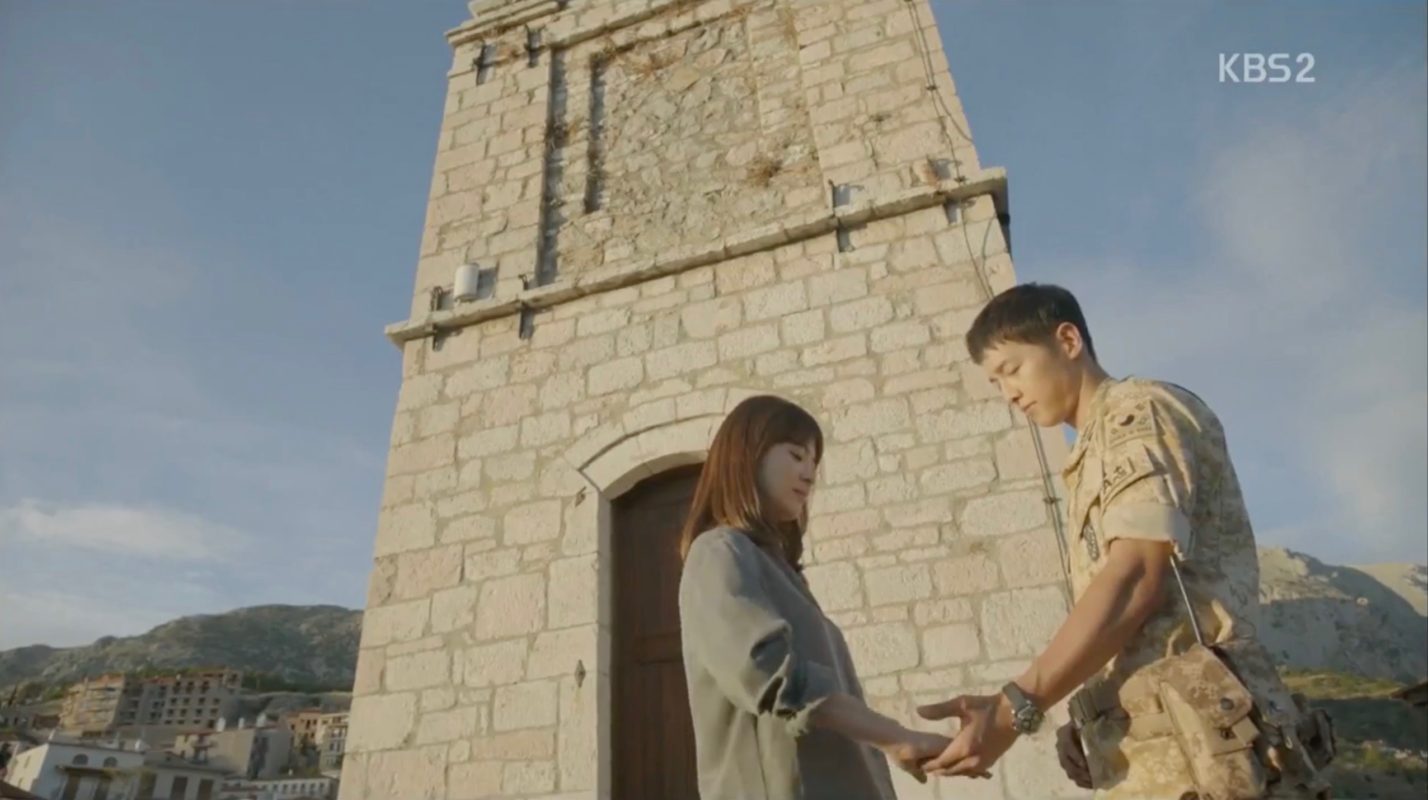 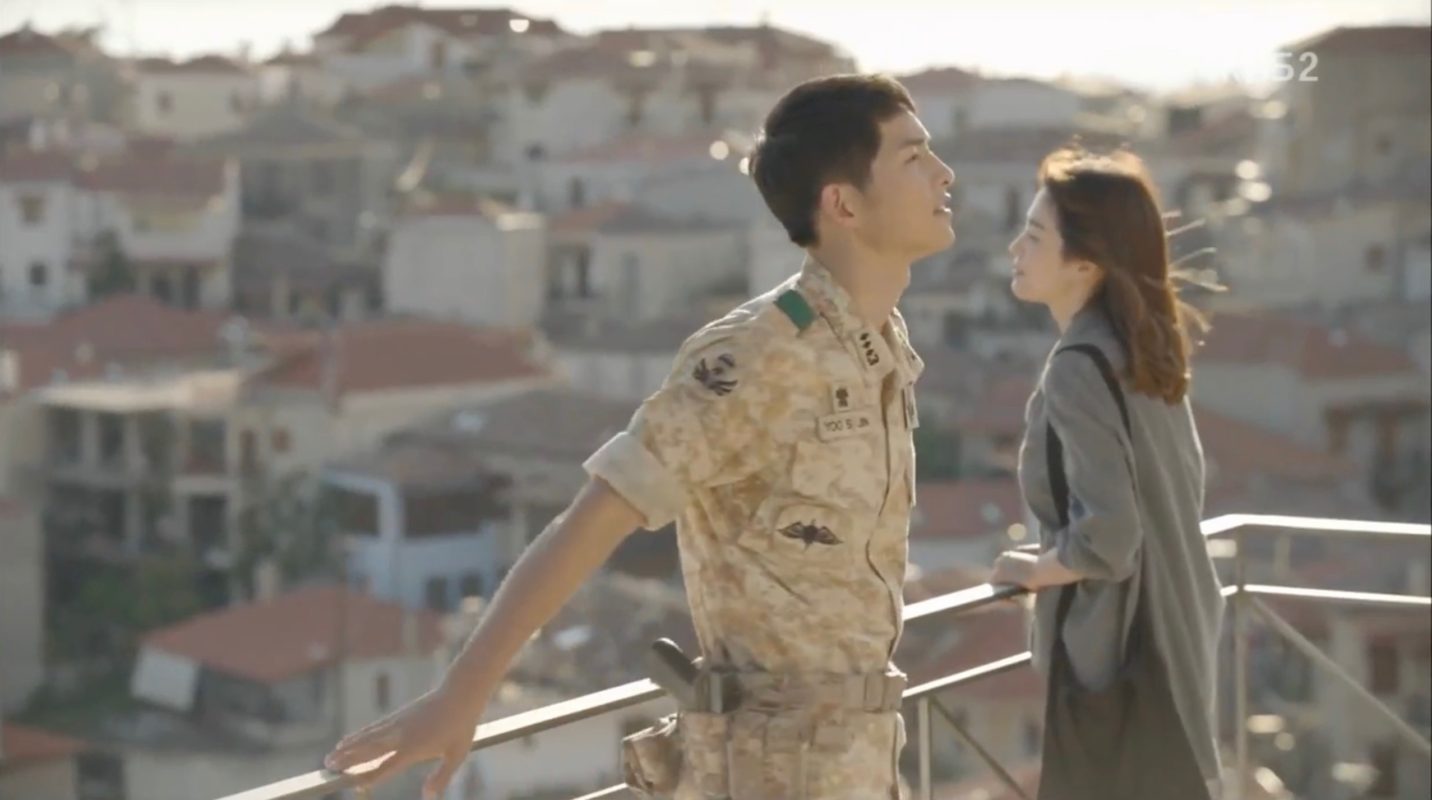 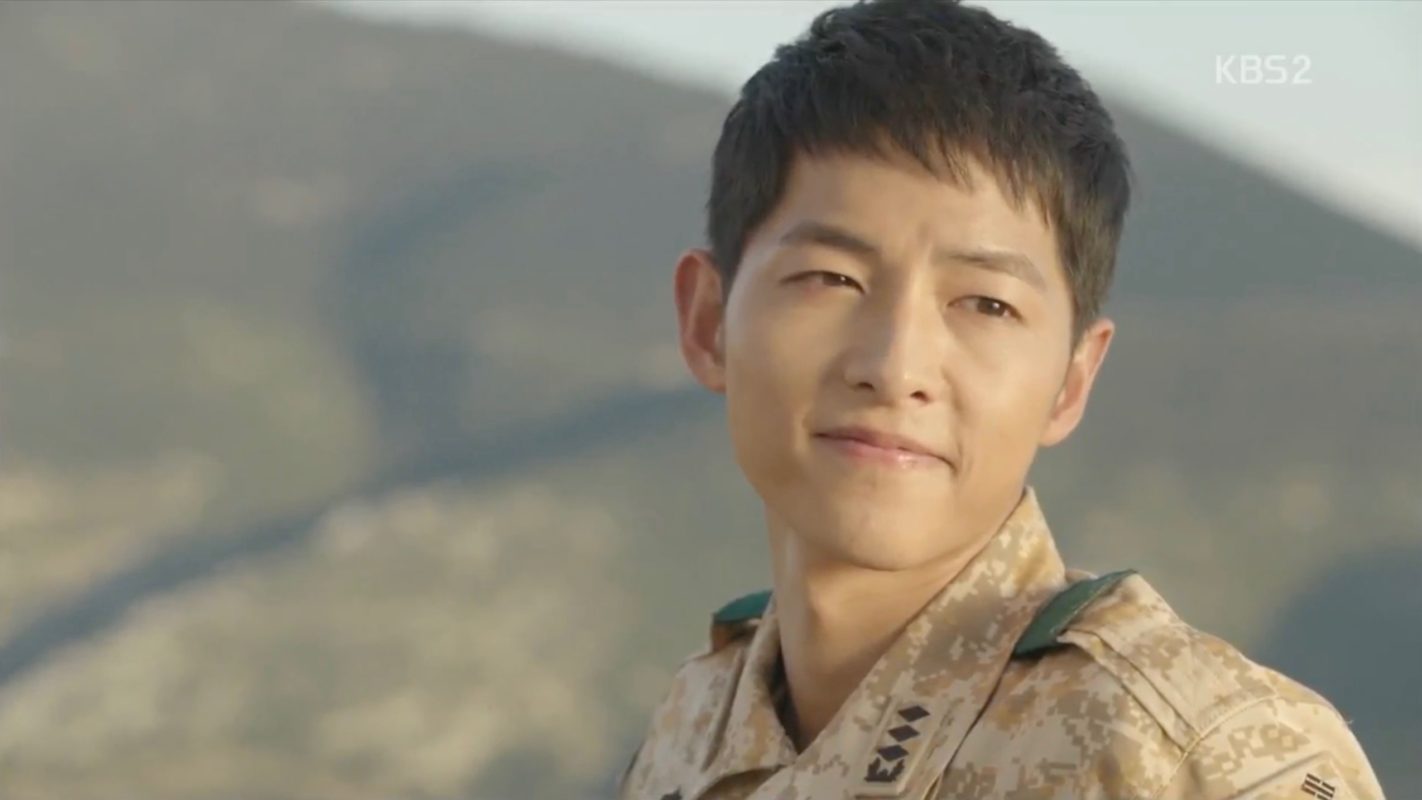 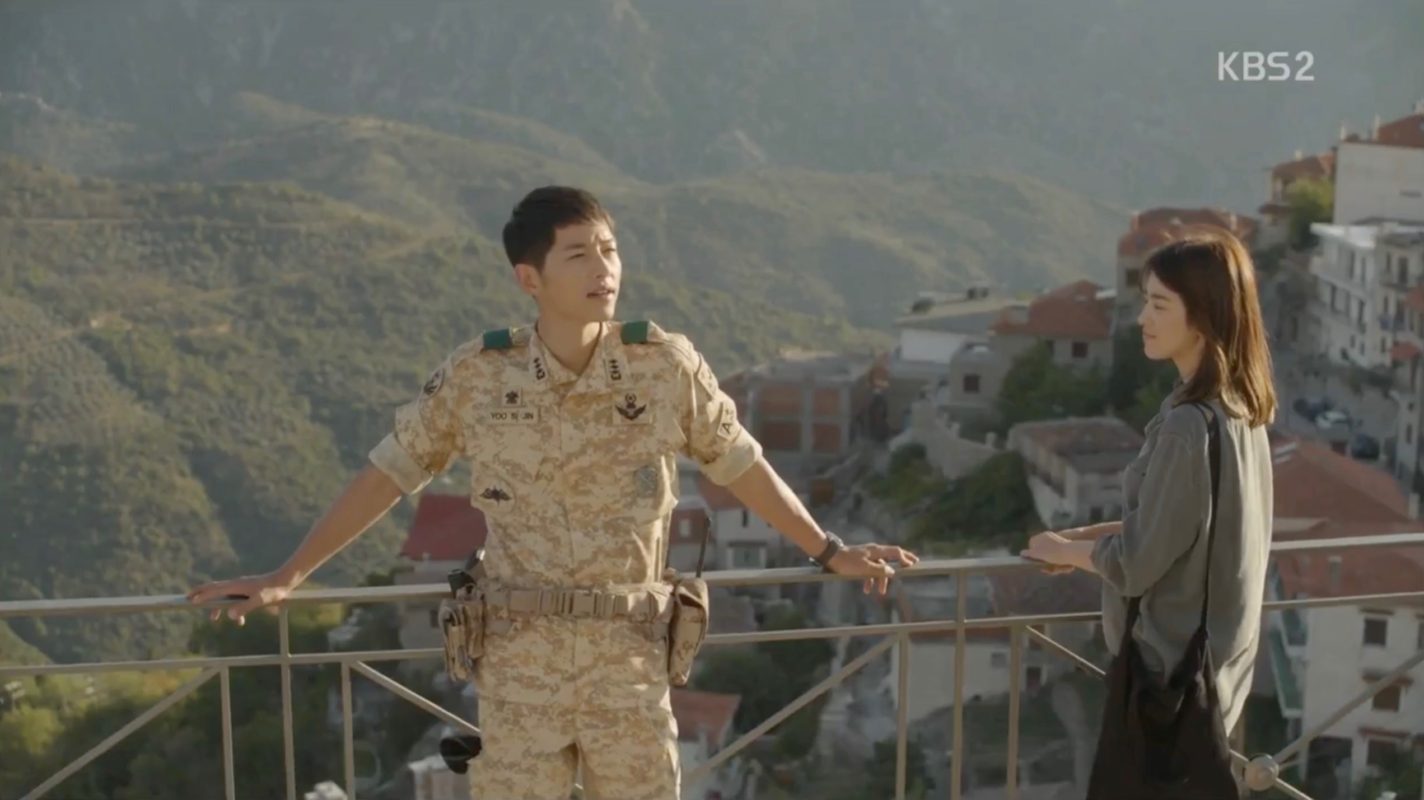 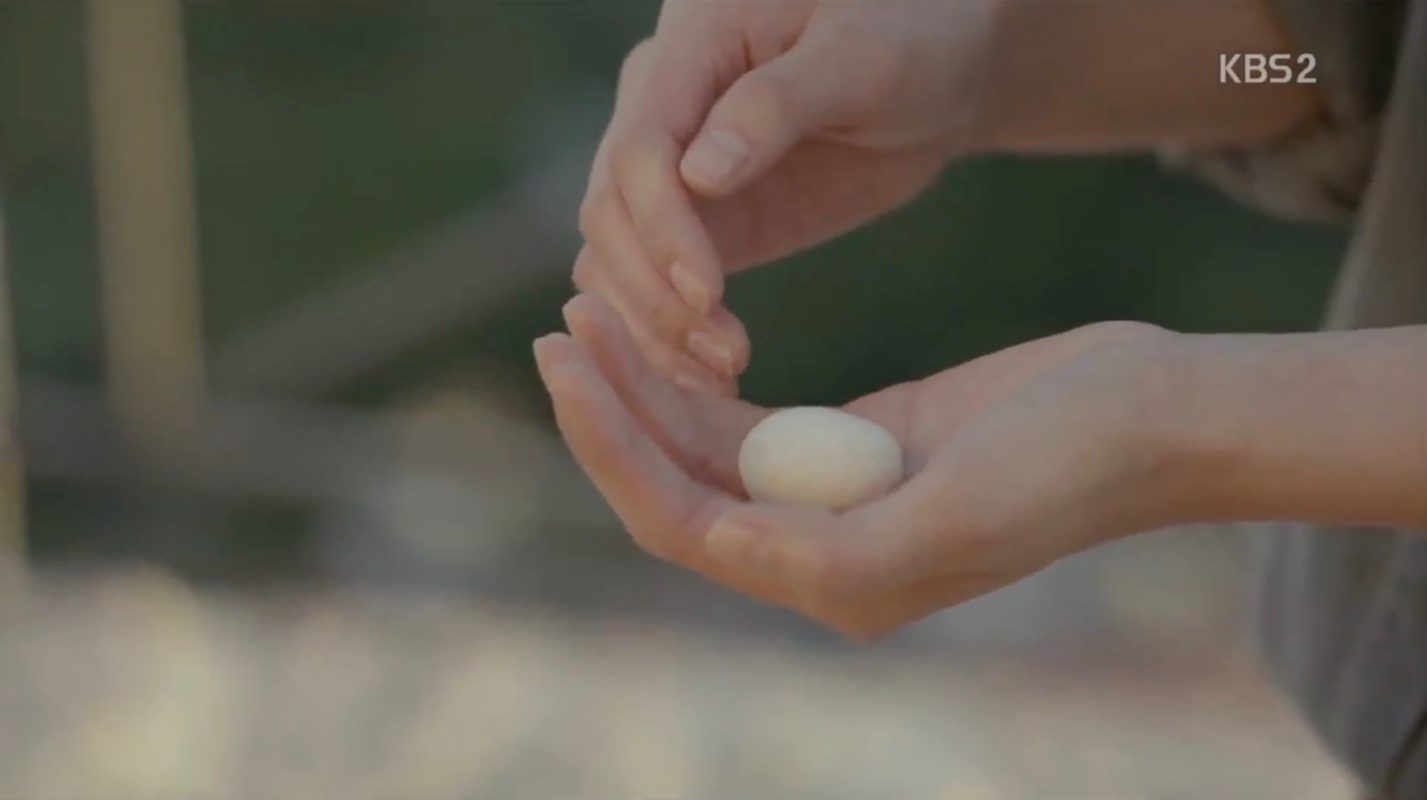 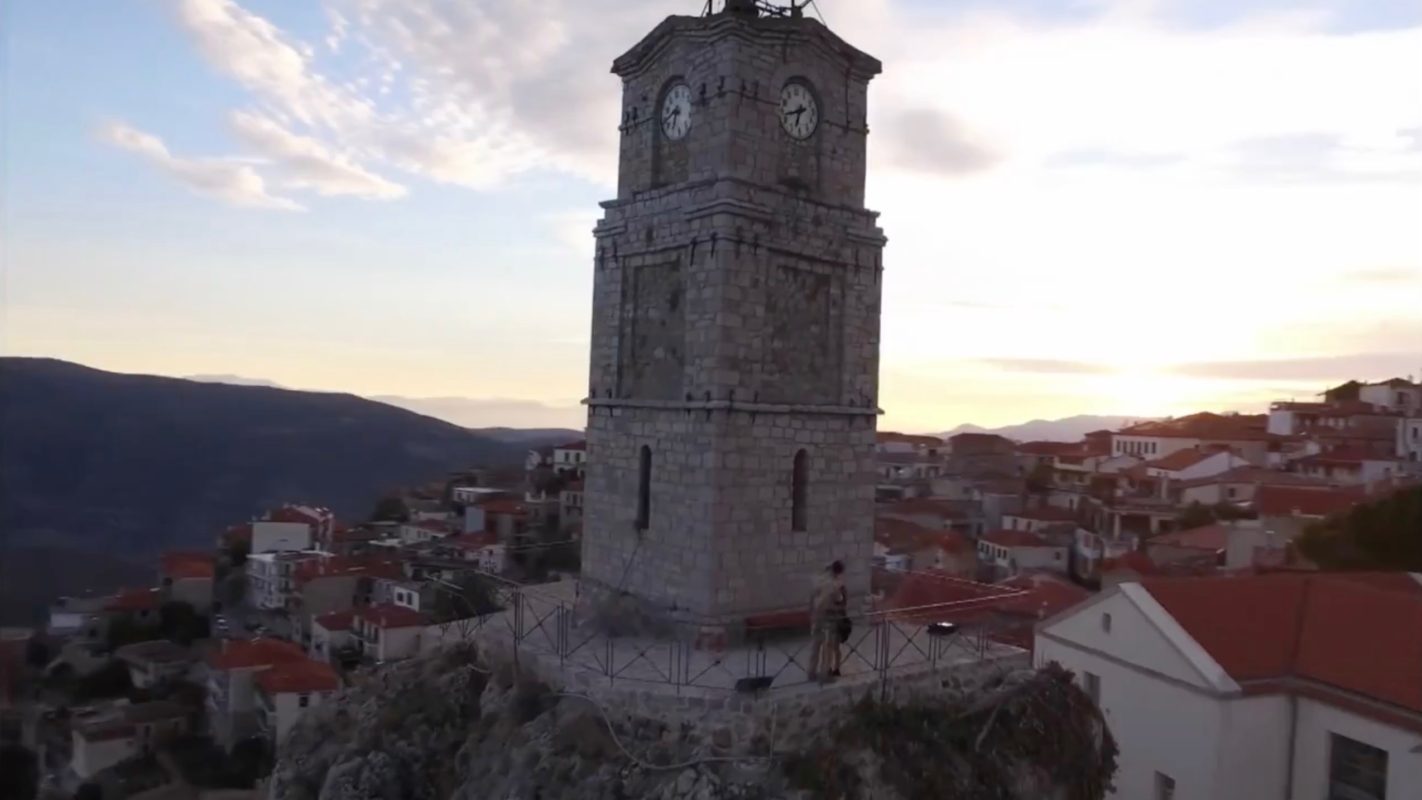 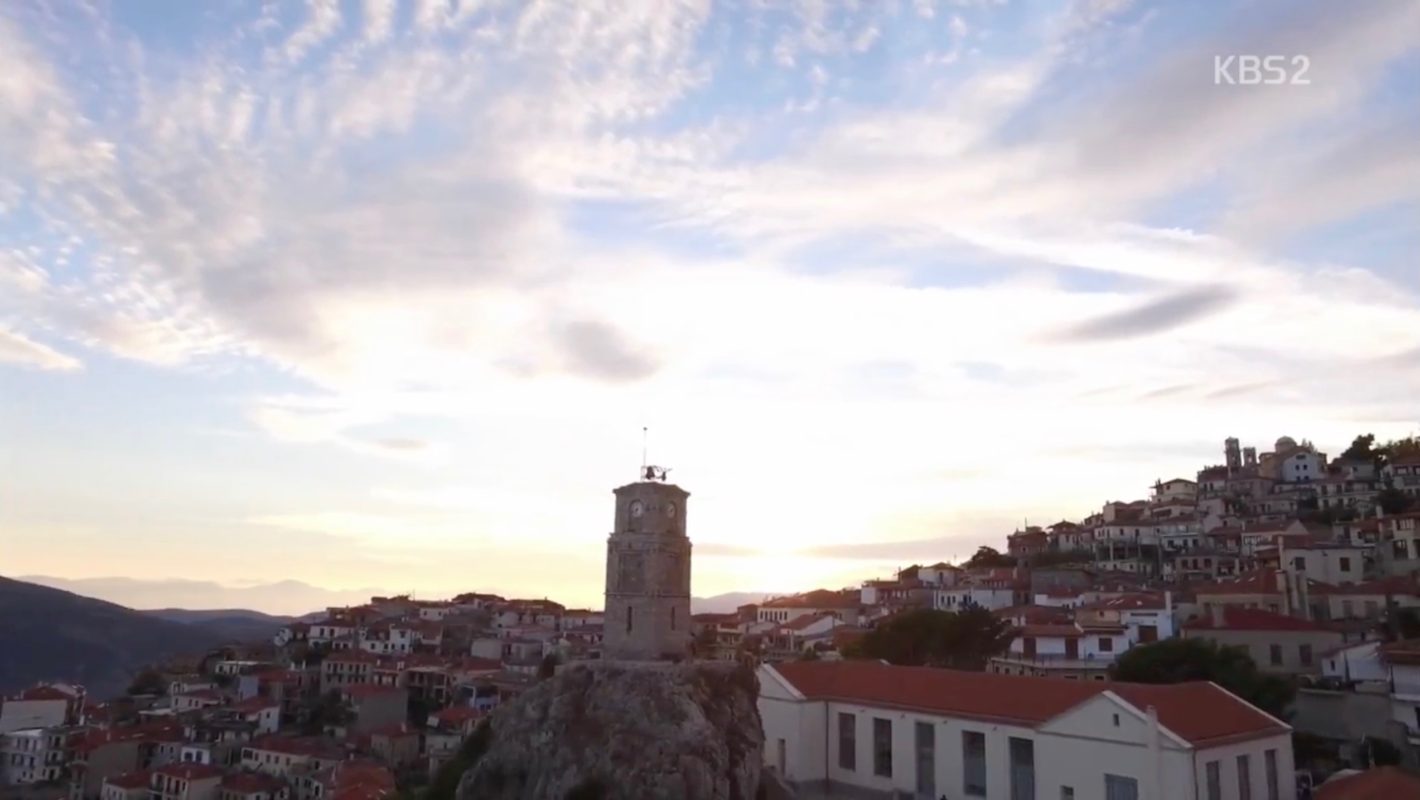 Yoo Shi-Jin (Song Joong-Ki) and Kang Mo-Yeon (Song Hye-Kyo) say goodbye the evening before Mo-Yeon leaves to Seoul here in episode 12 of Descendants of the Sun/Descended From the Sun (태양의 후예) (KBS2, 2016) and Shin-Jin gives her the stone he picked up at the beach and they end their date with a kiss while the sun sets.

Clock Tower of Arachova [Ρολόι Αράχωβας] is located in Greek town Arachova (Greek: Αράχωβα, also Αράχοβα) in the South of Greece. It sits right behind the Folklore Museum Arachova [Λαογραφικό Μουσείο Αράχωβας]. Called ‘Time’ by its locals, it was built at the beginning of the 18th century as the bell tower of a church. After is was destroyed two times afterwards (in an earthquake and by the Germans), it was rebuild in 1966.