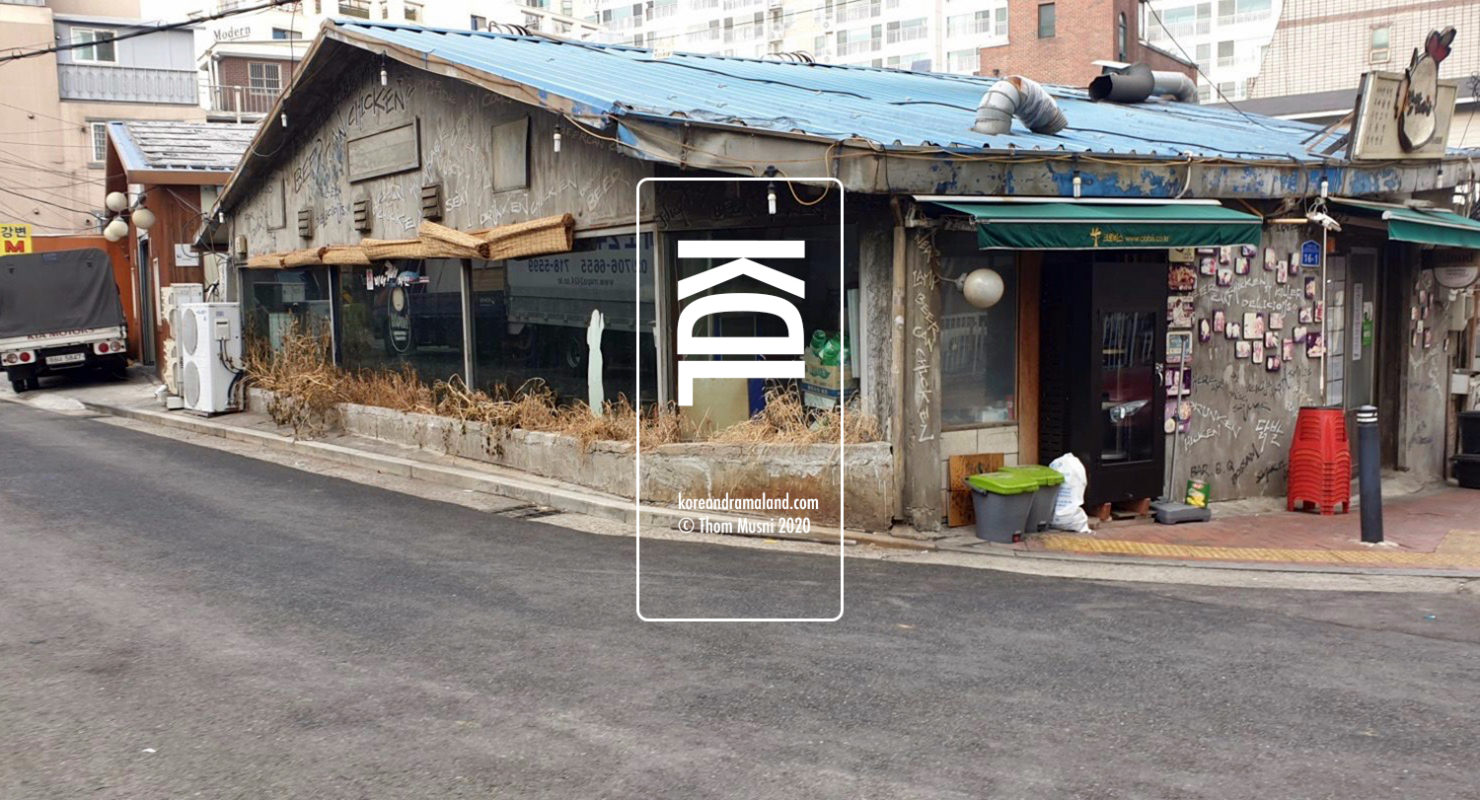 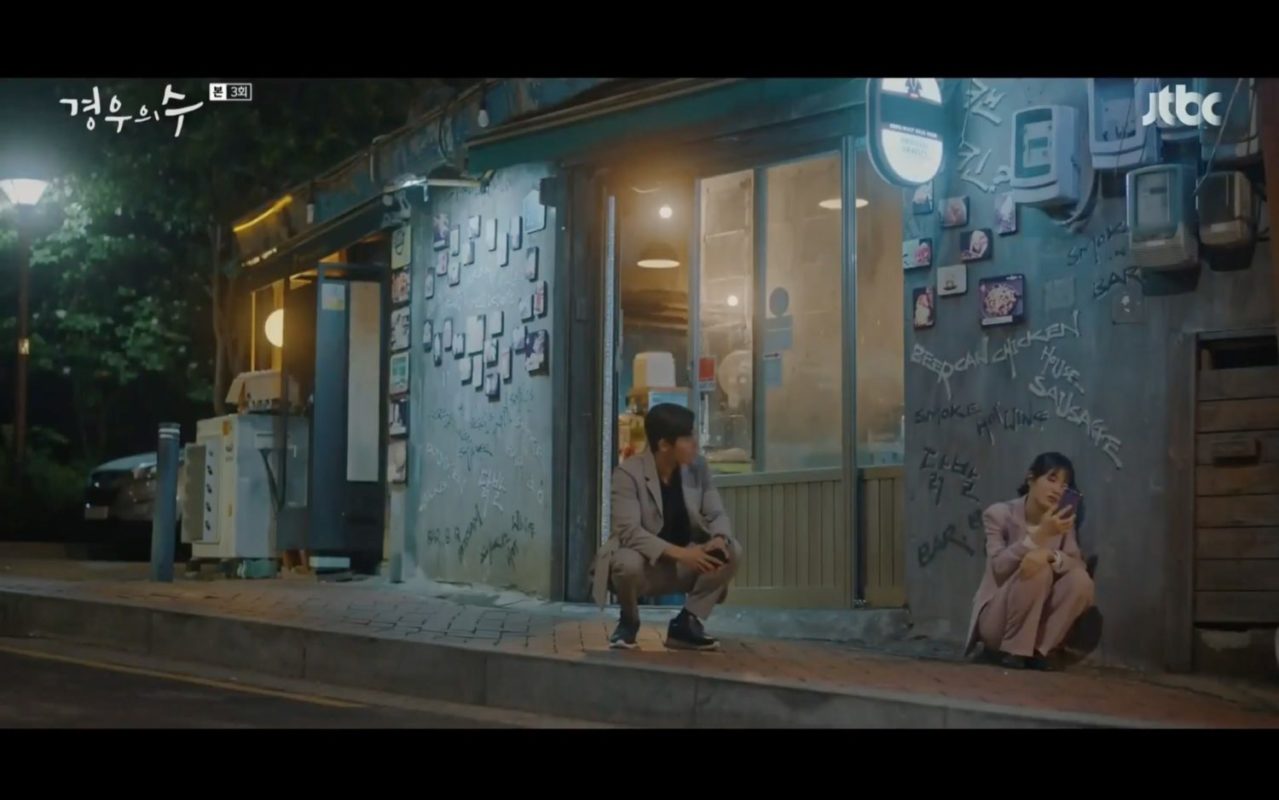 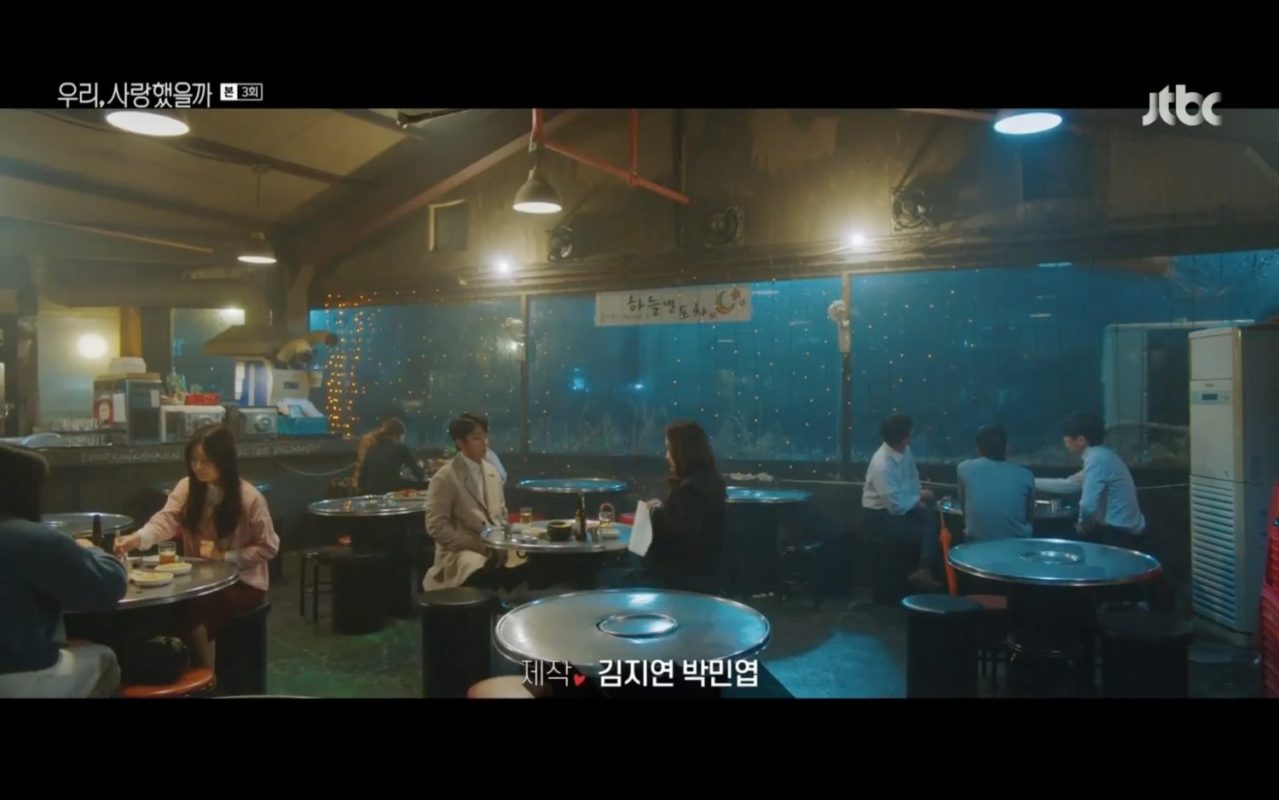 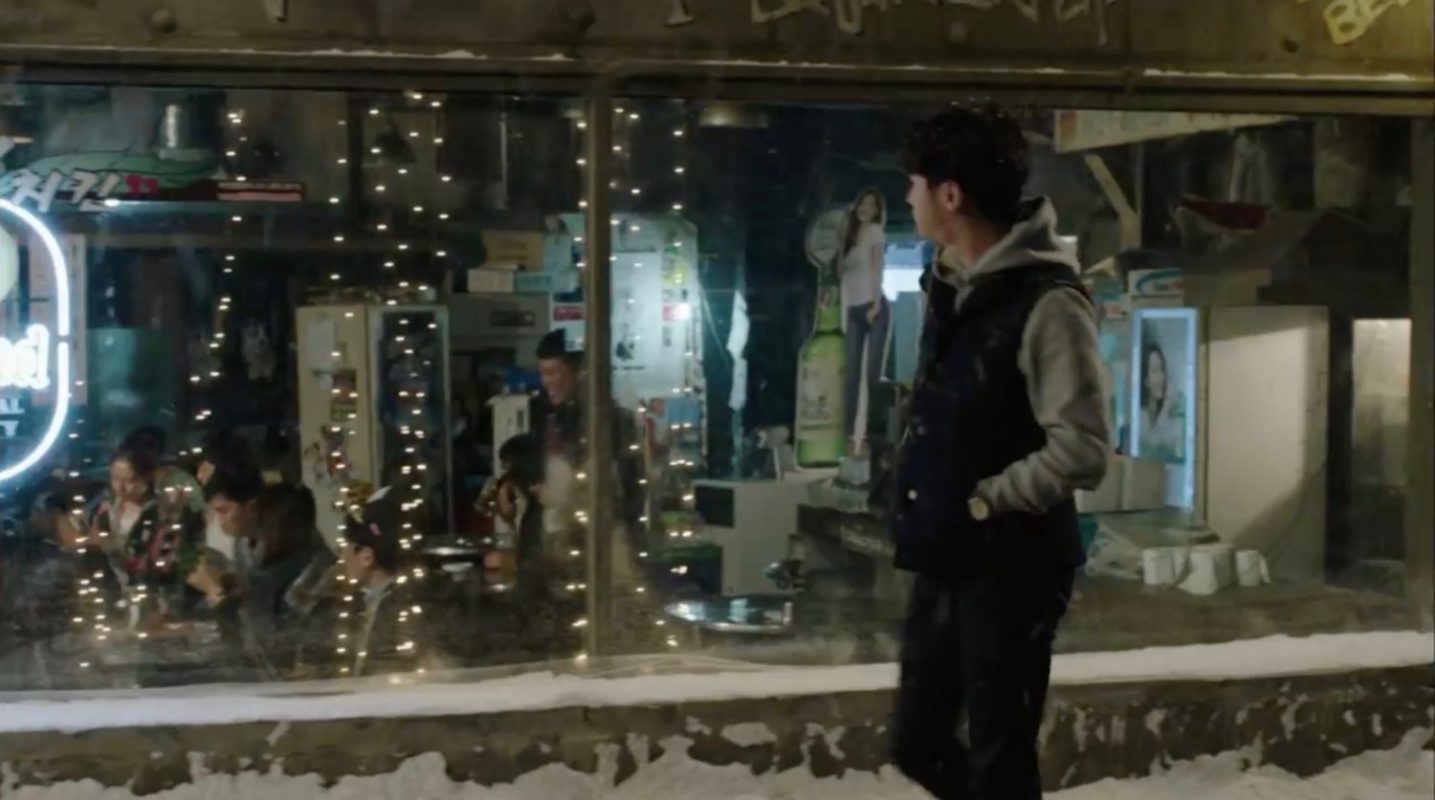 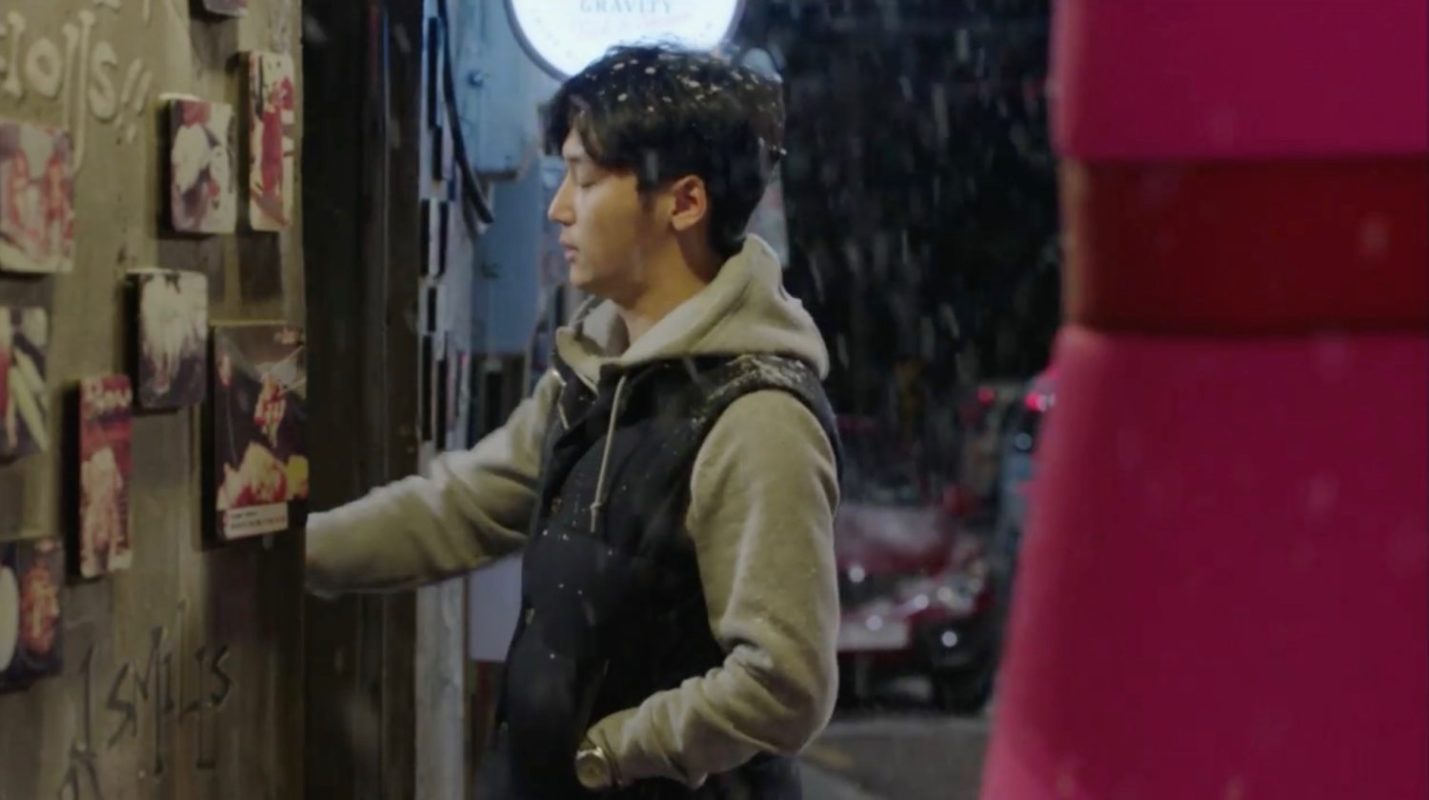 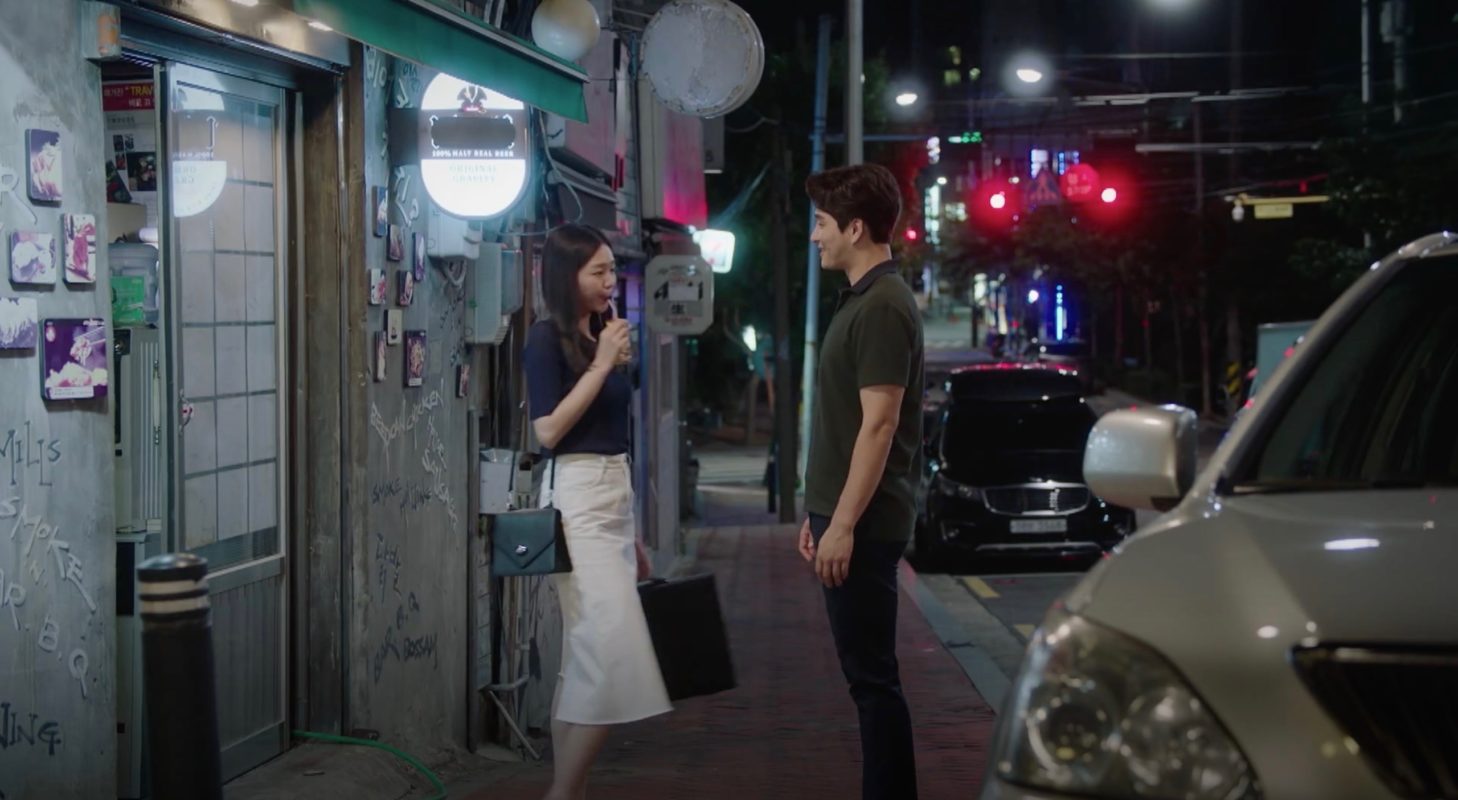 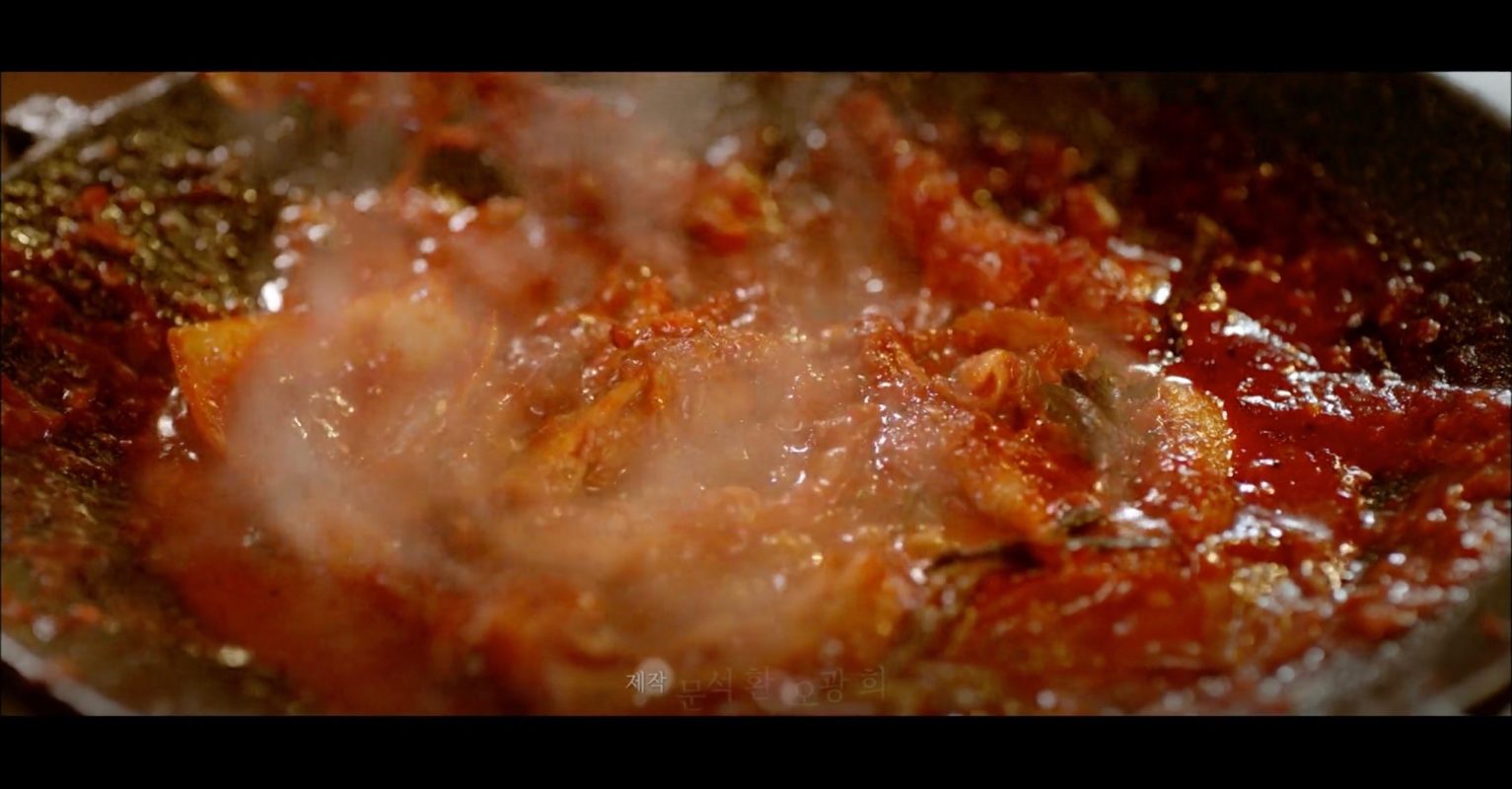 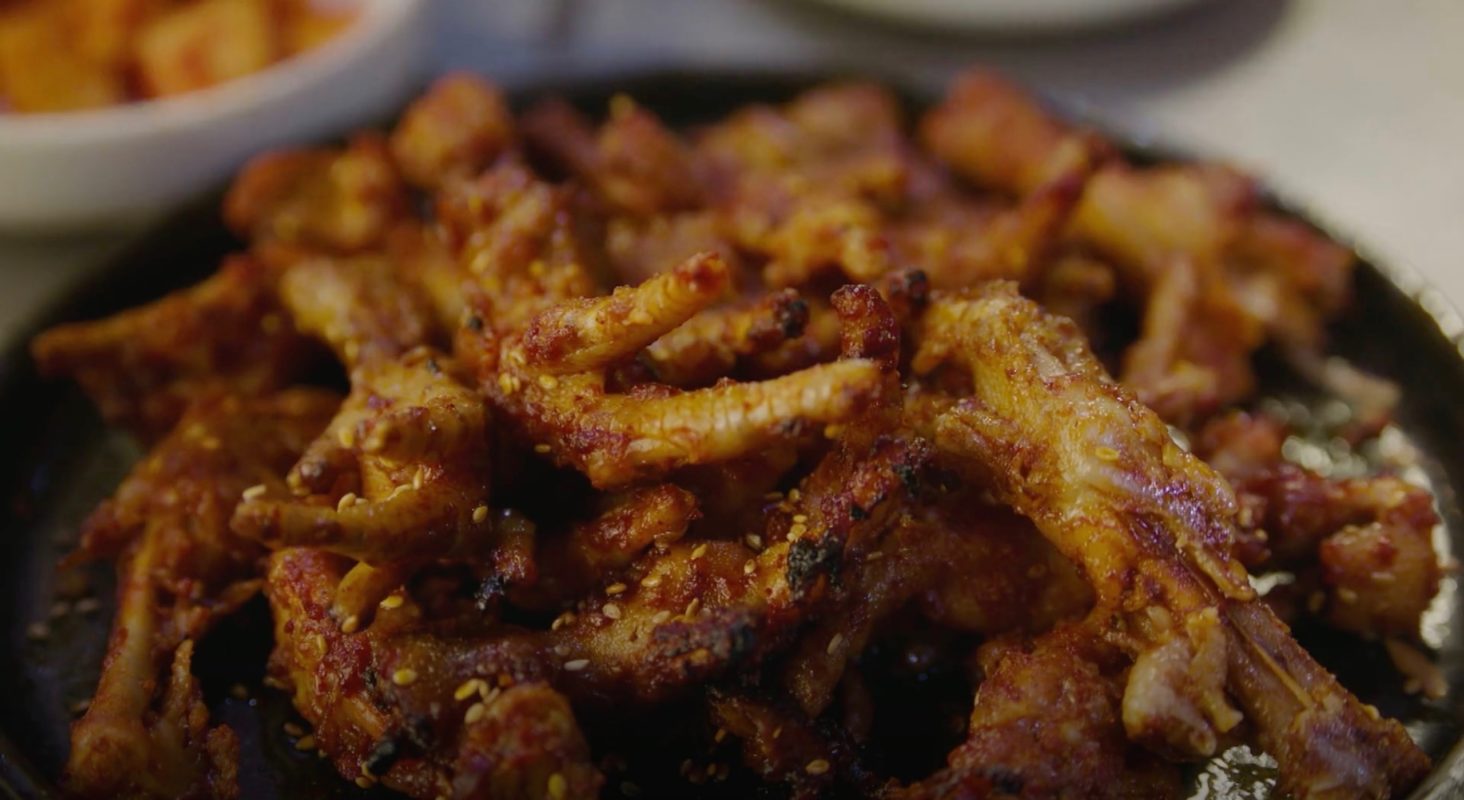 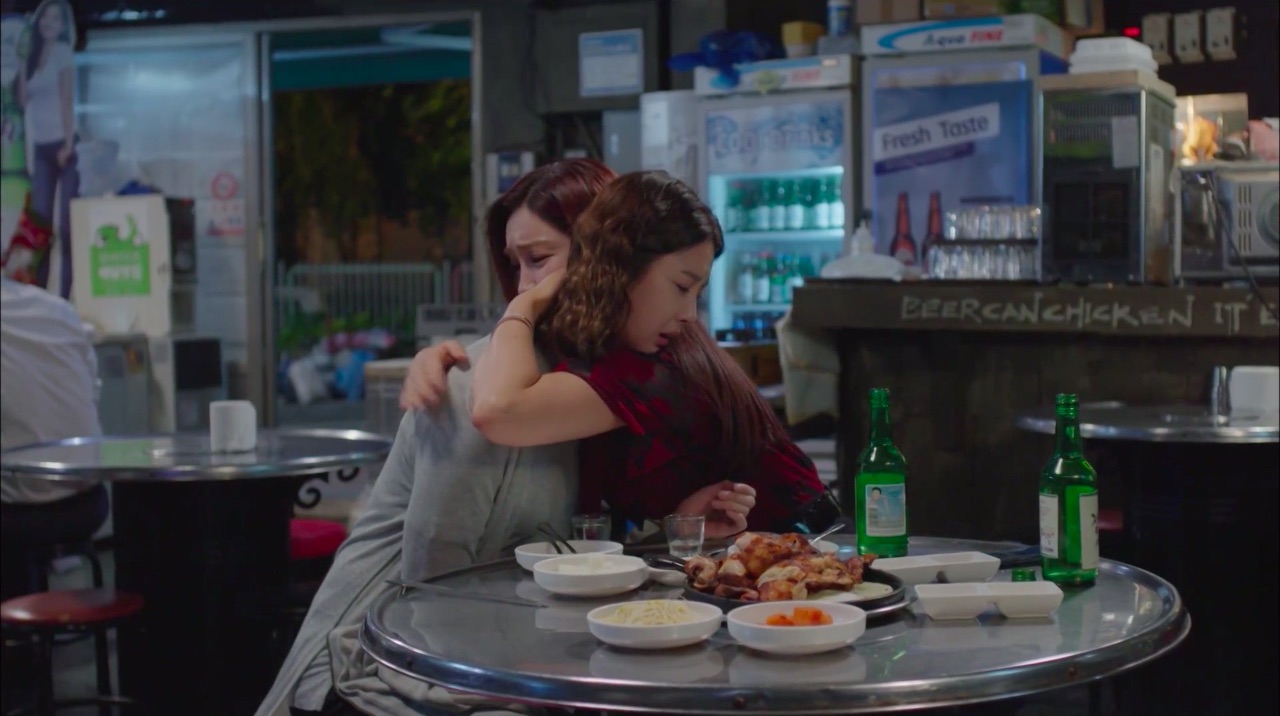 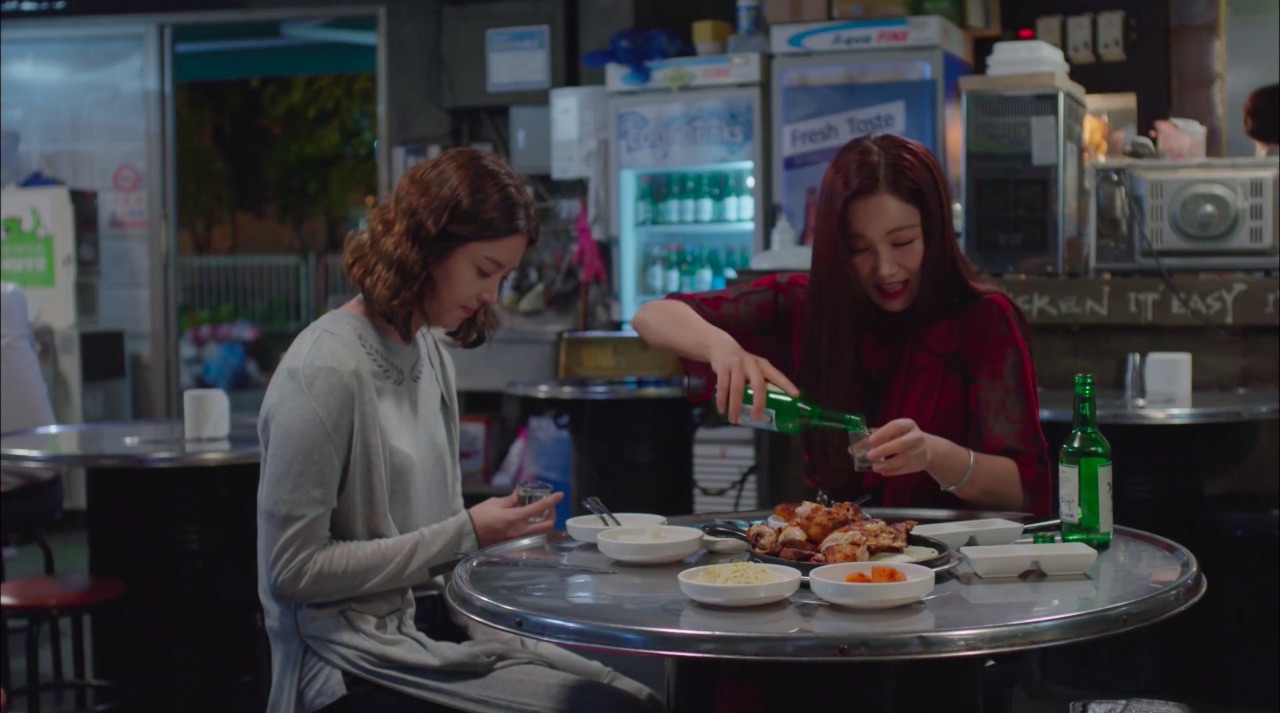 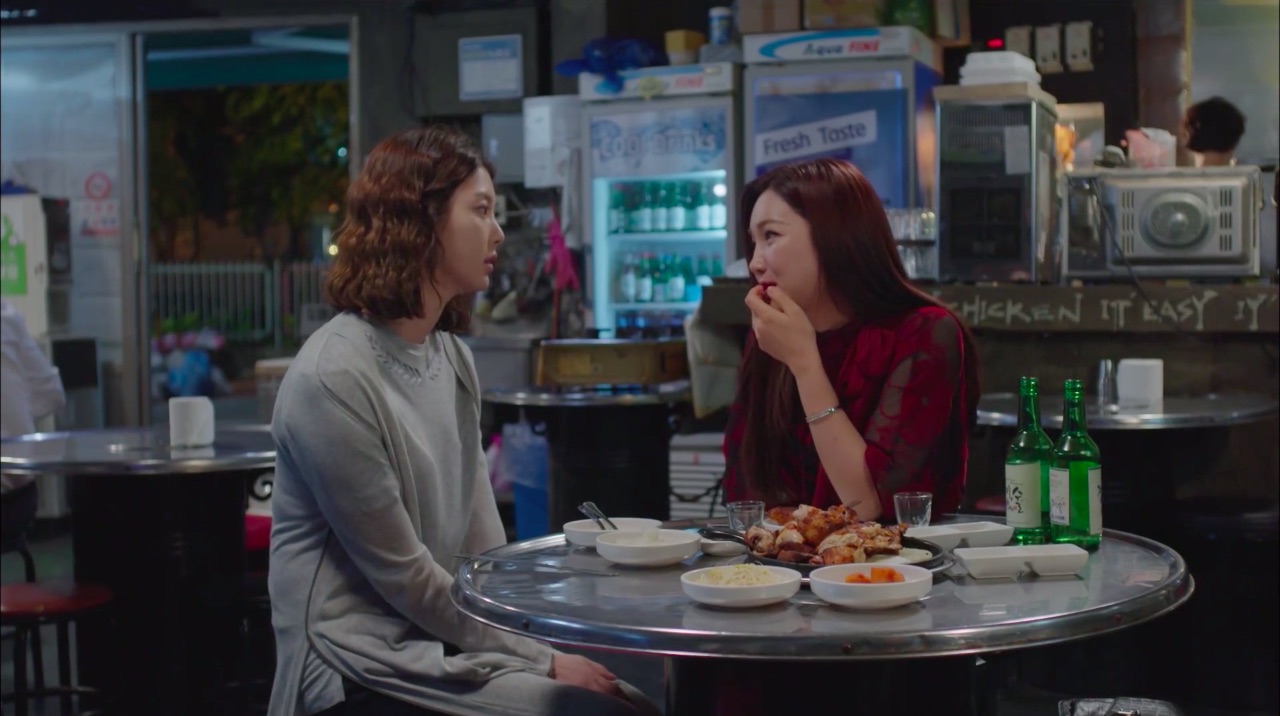 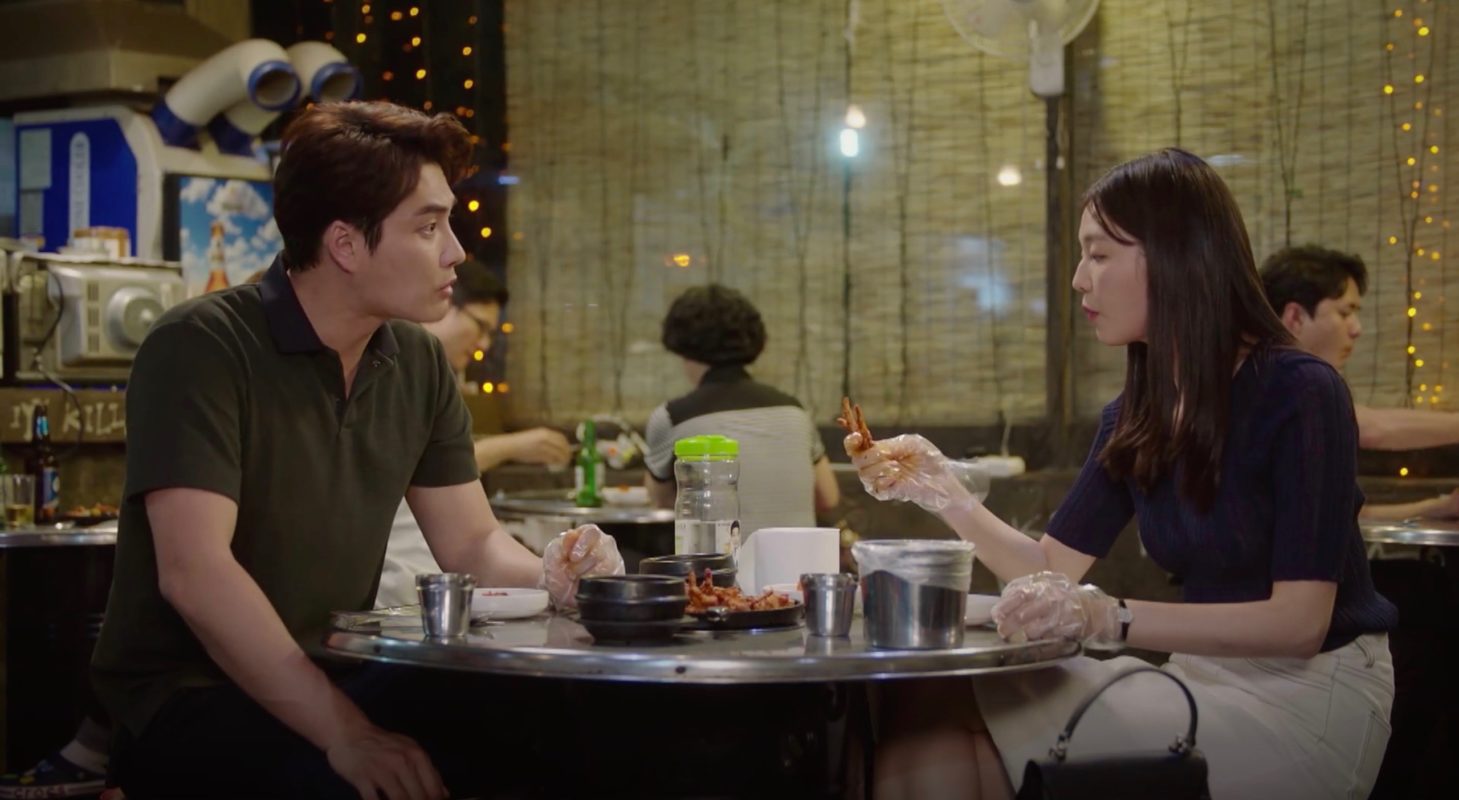 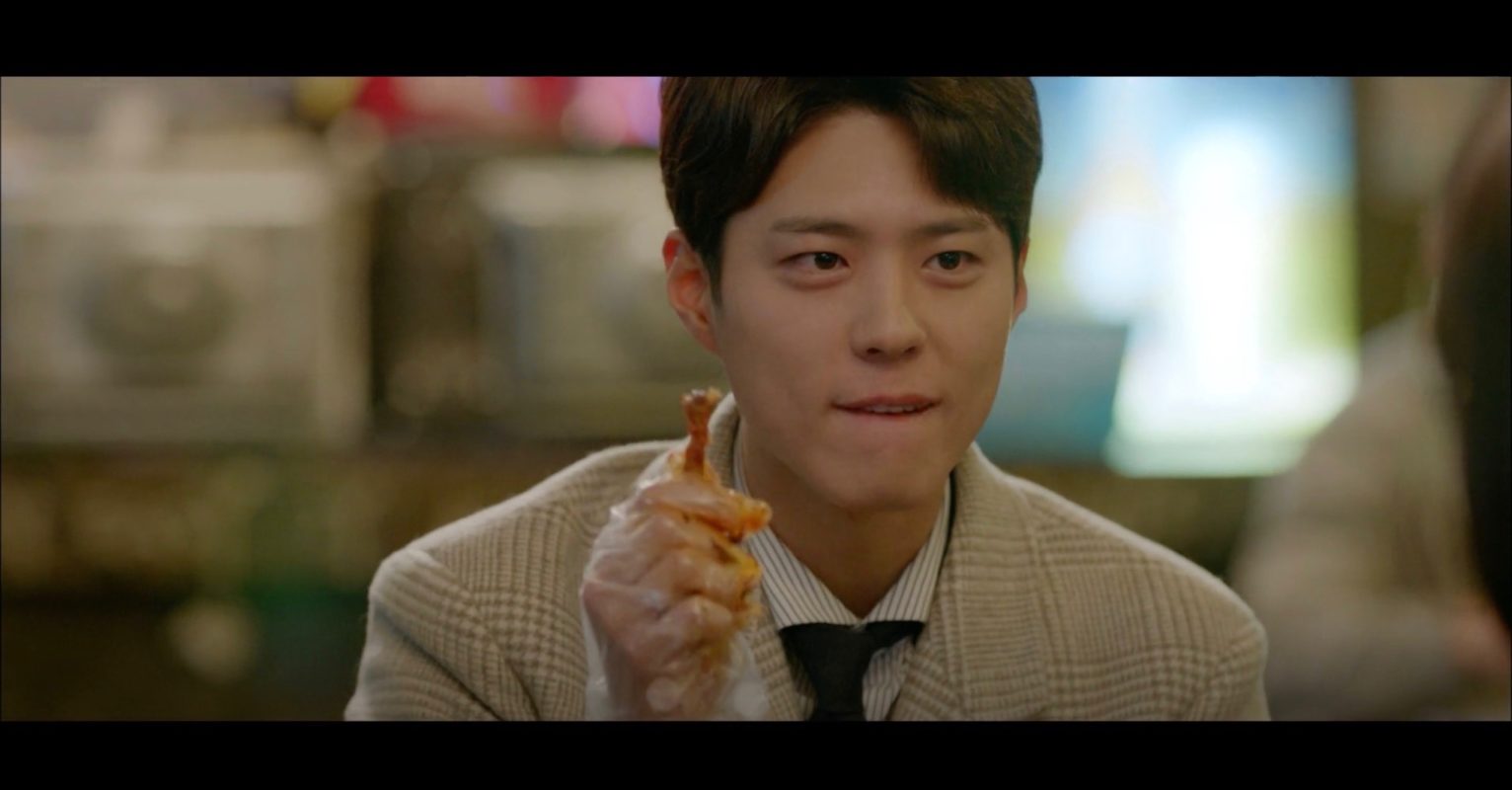 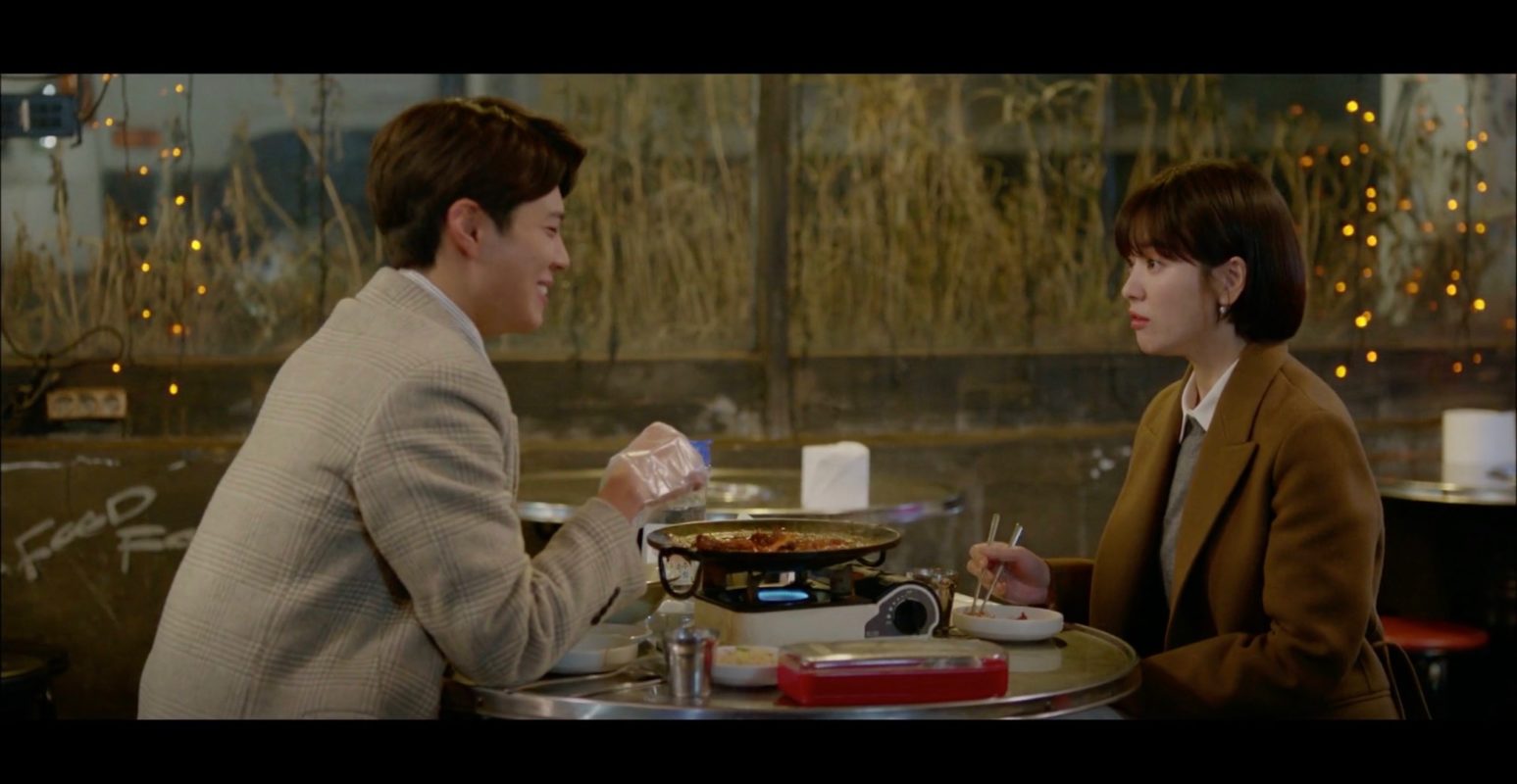 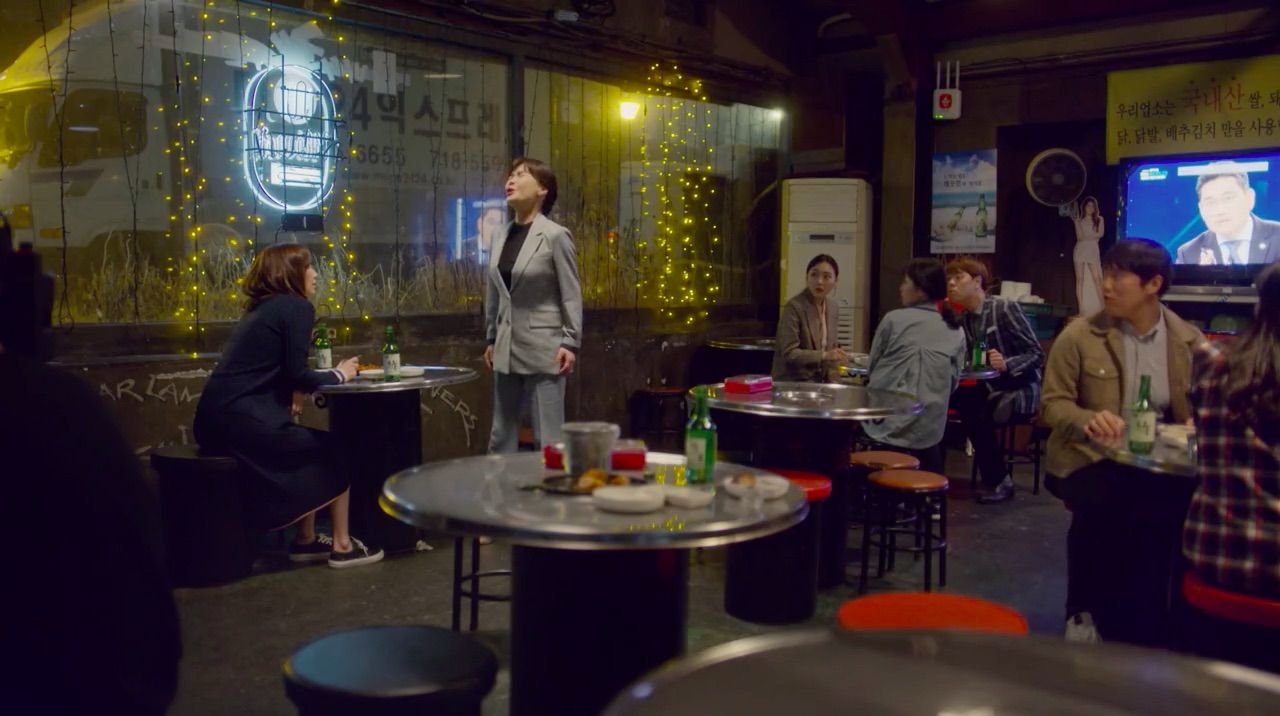 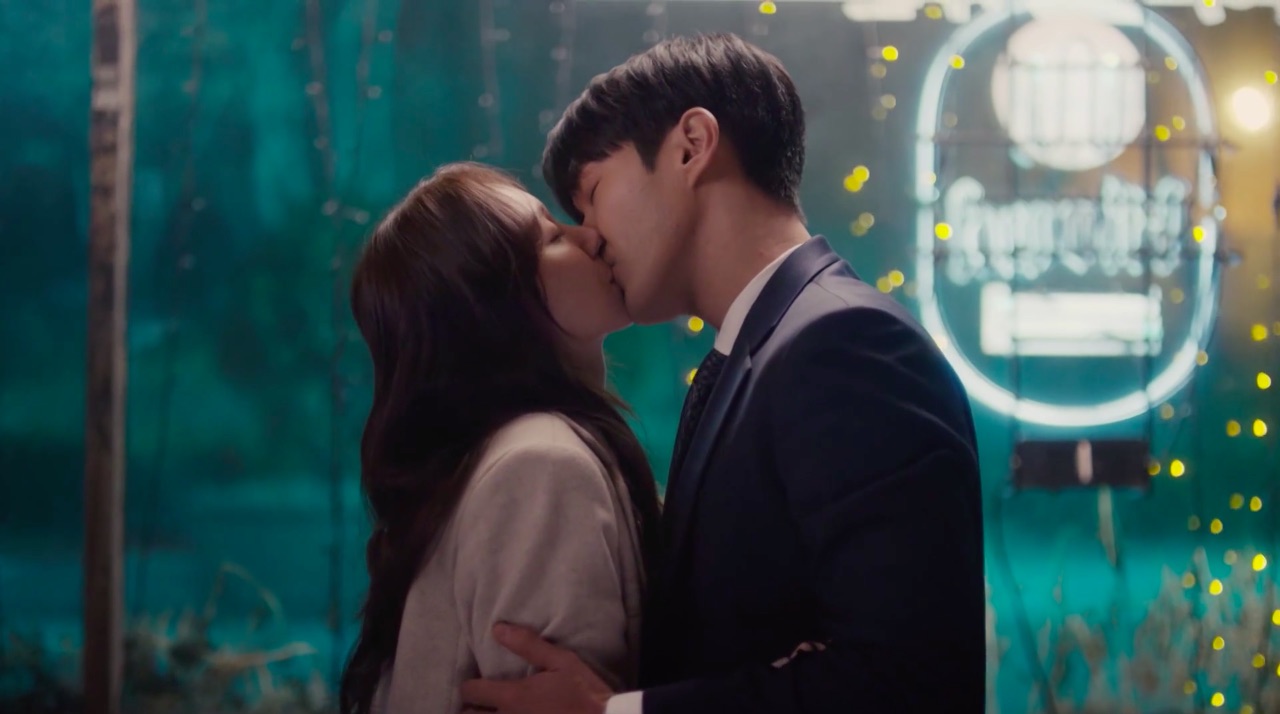 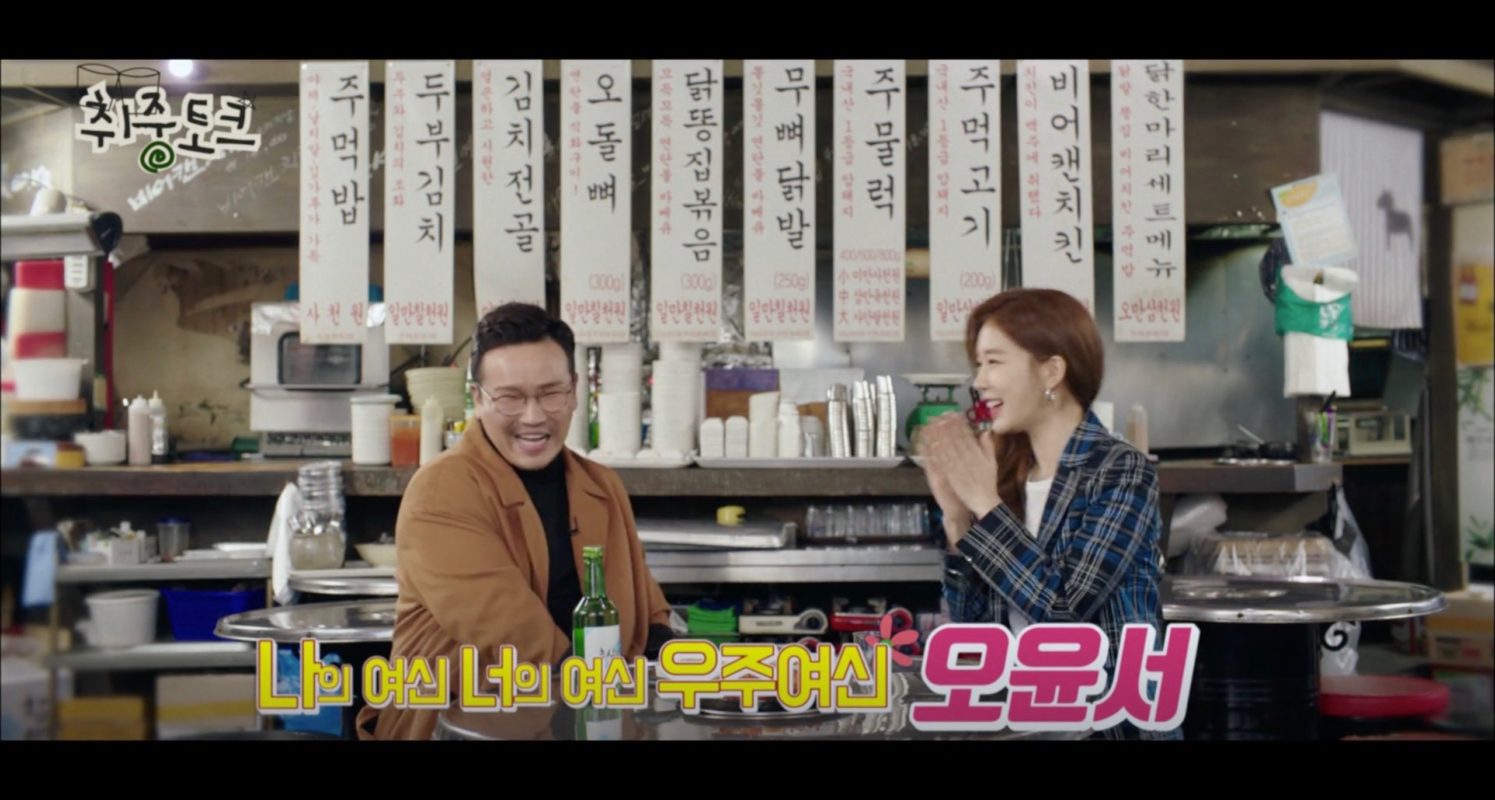 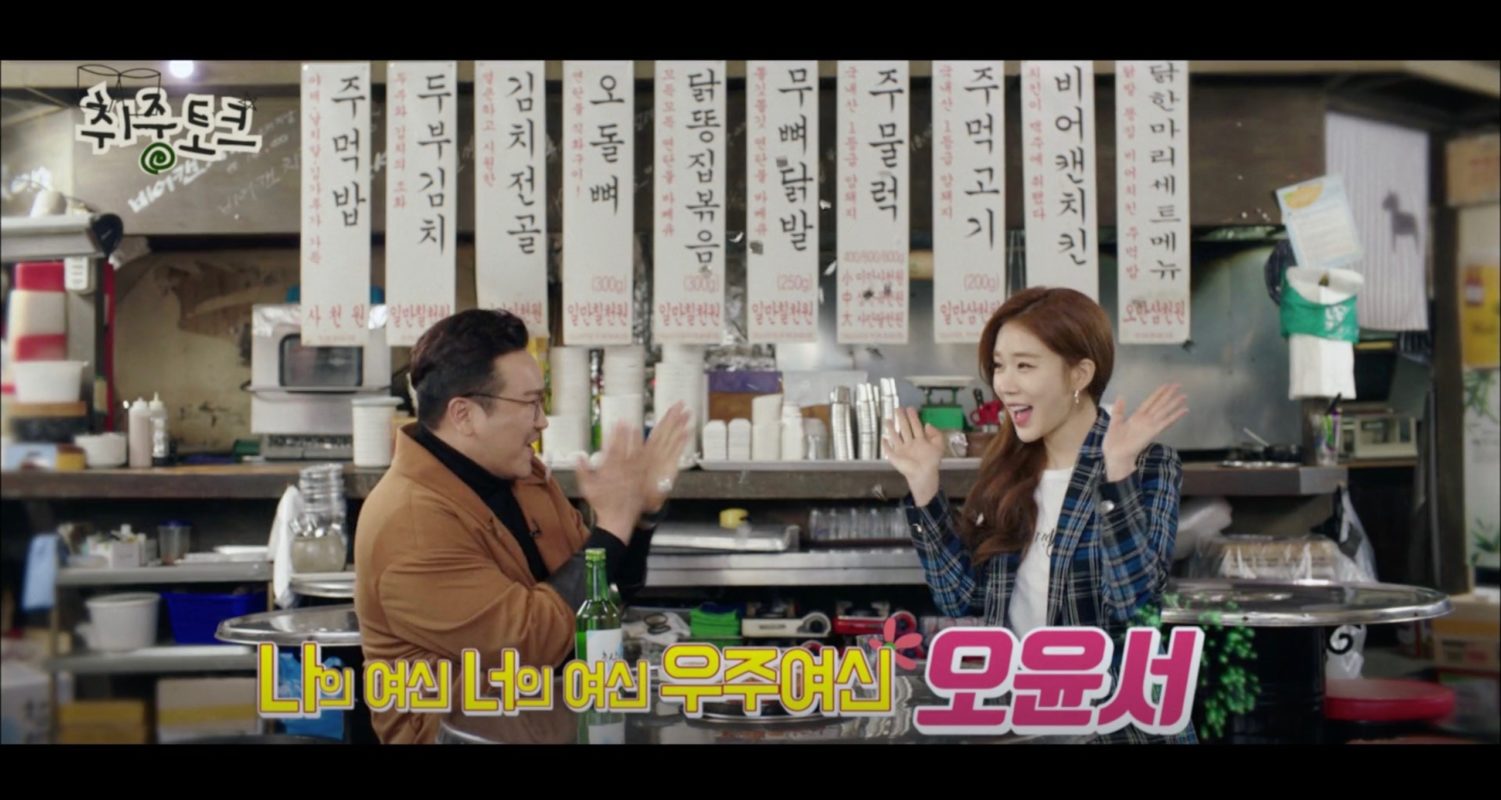 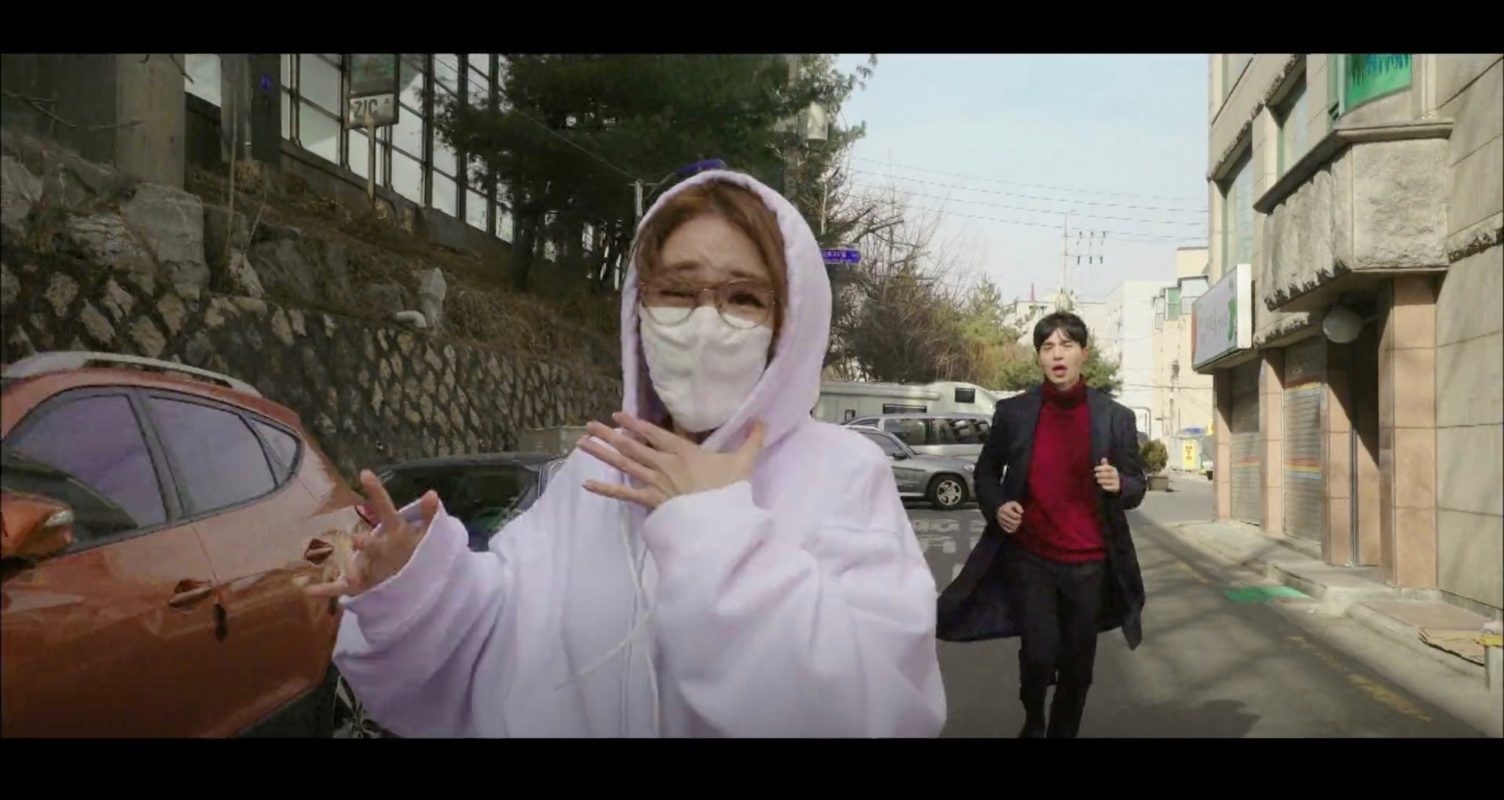 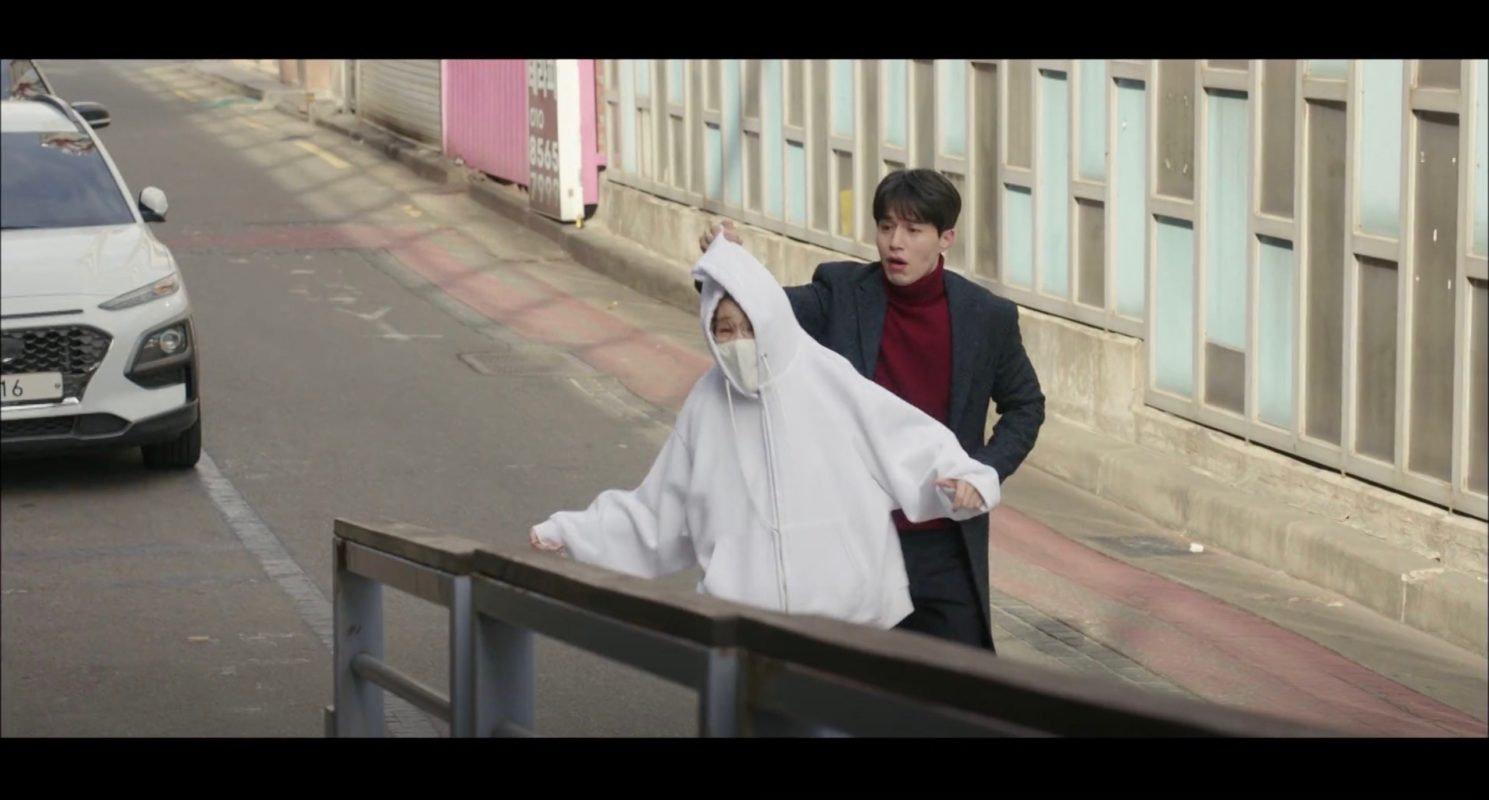 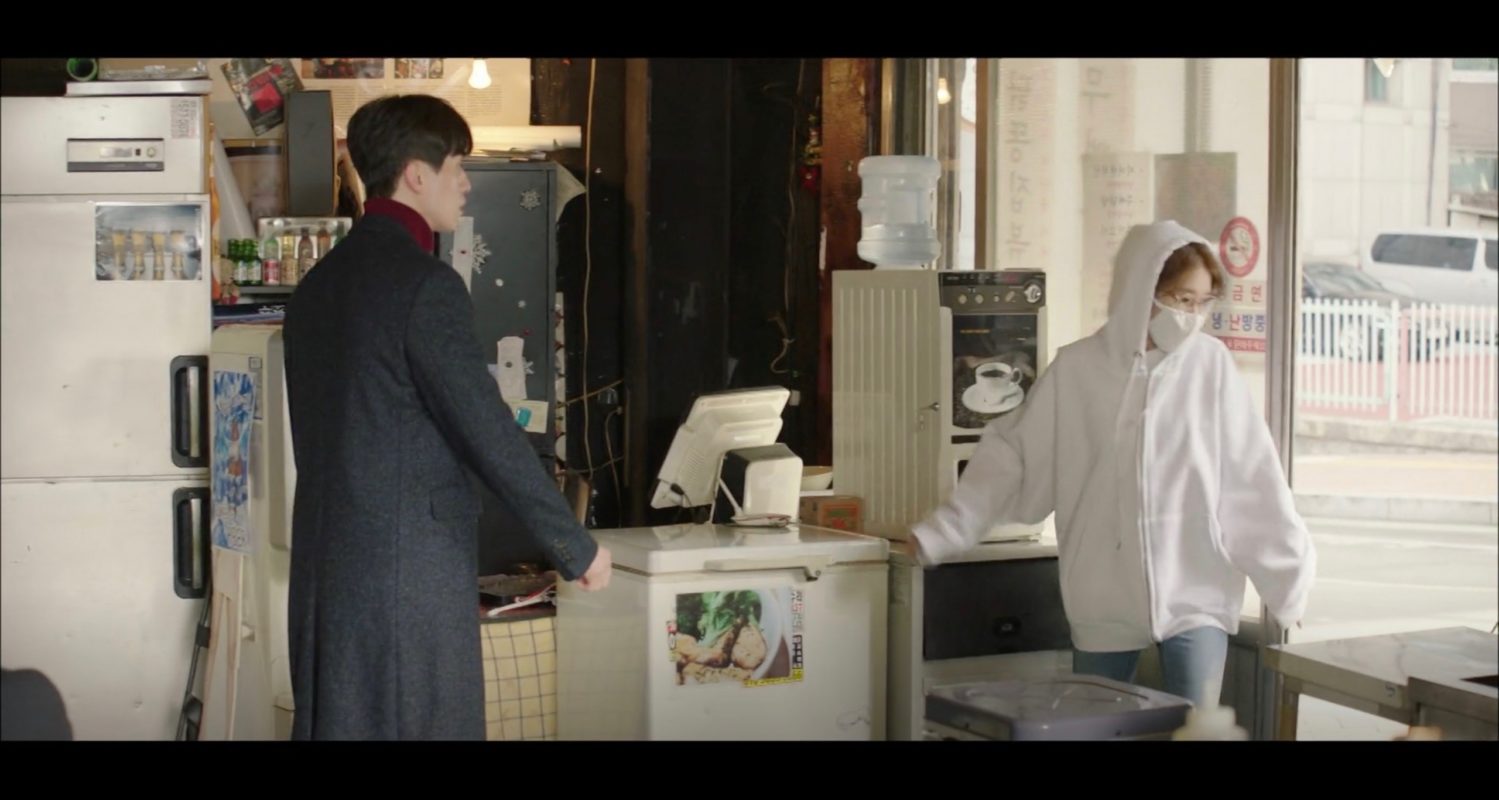 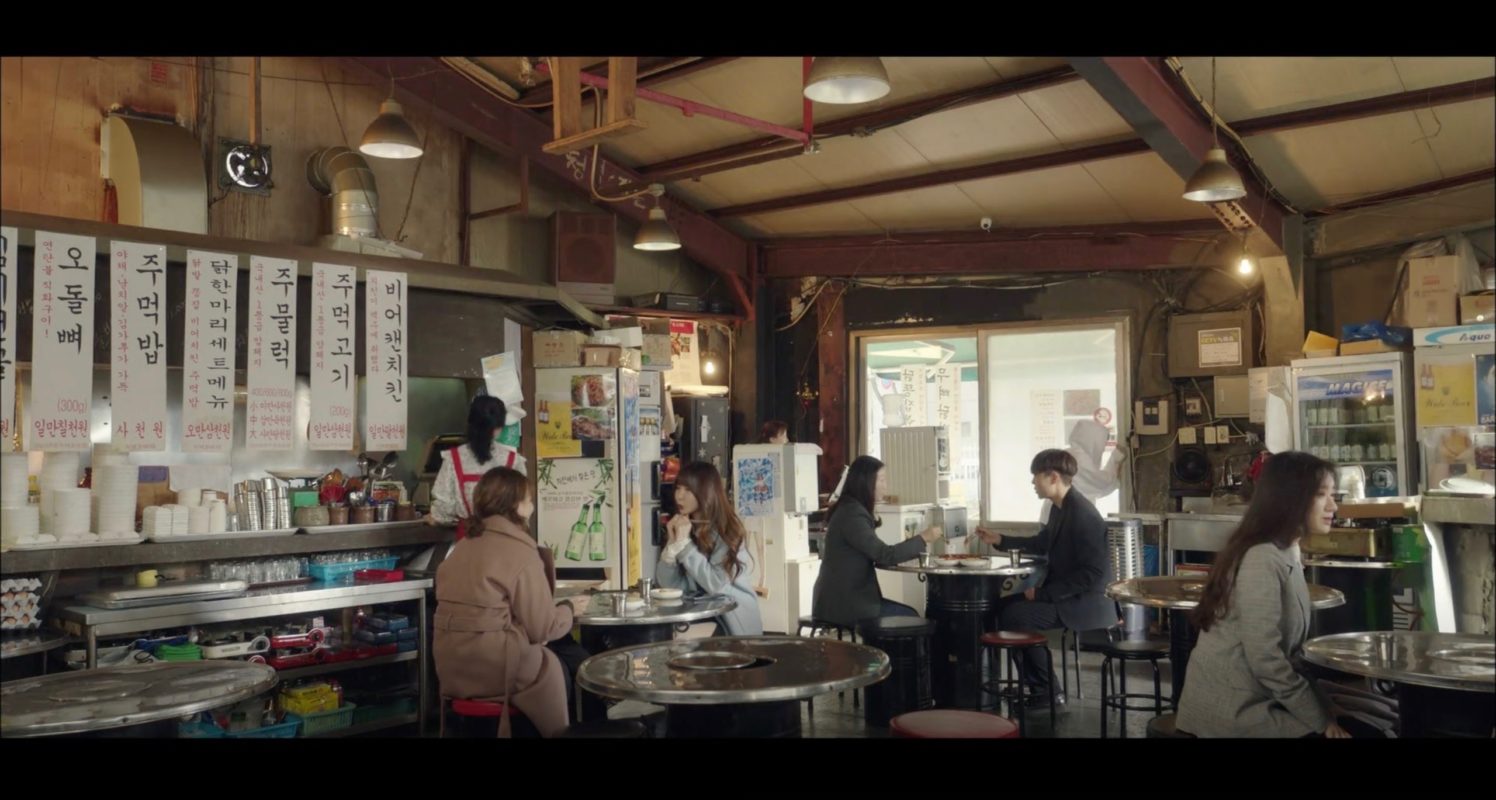 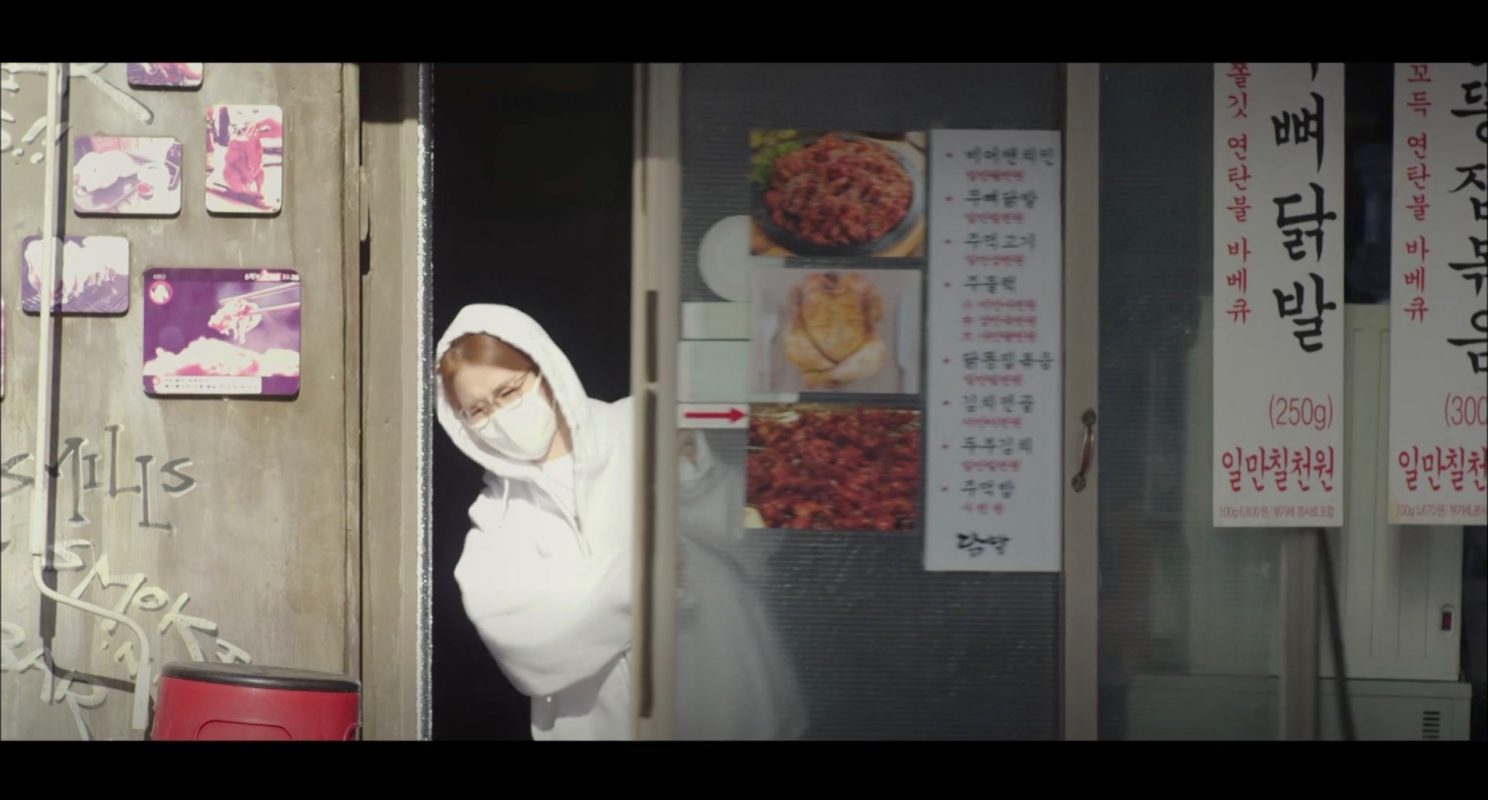 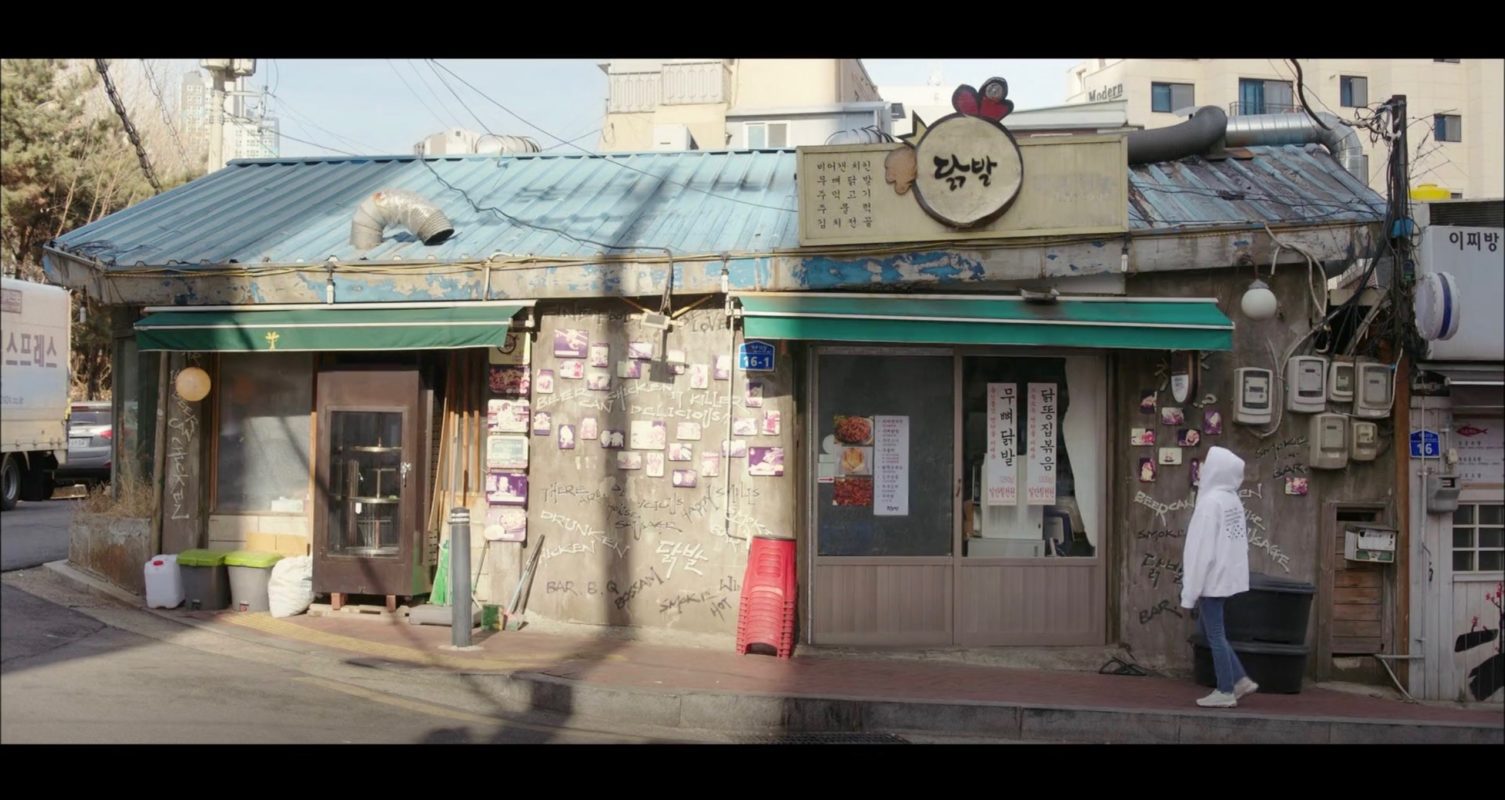 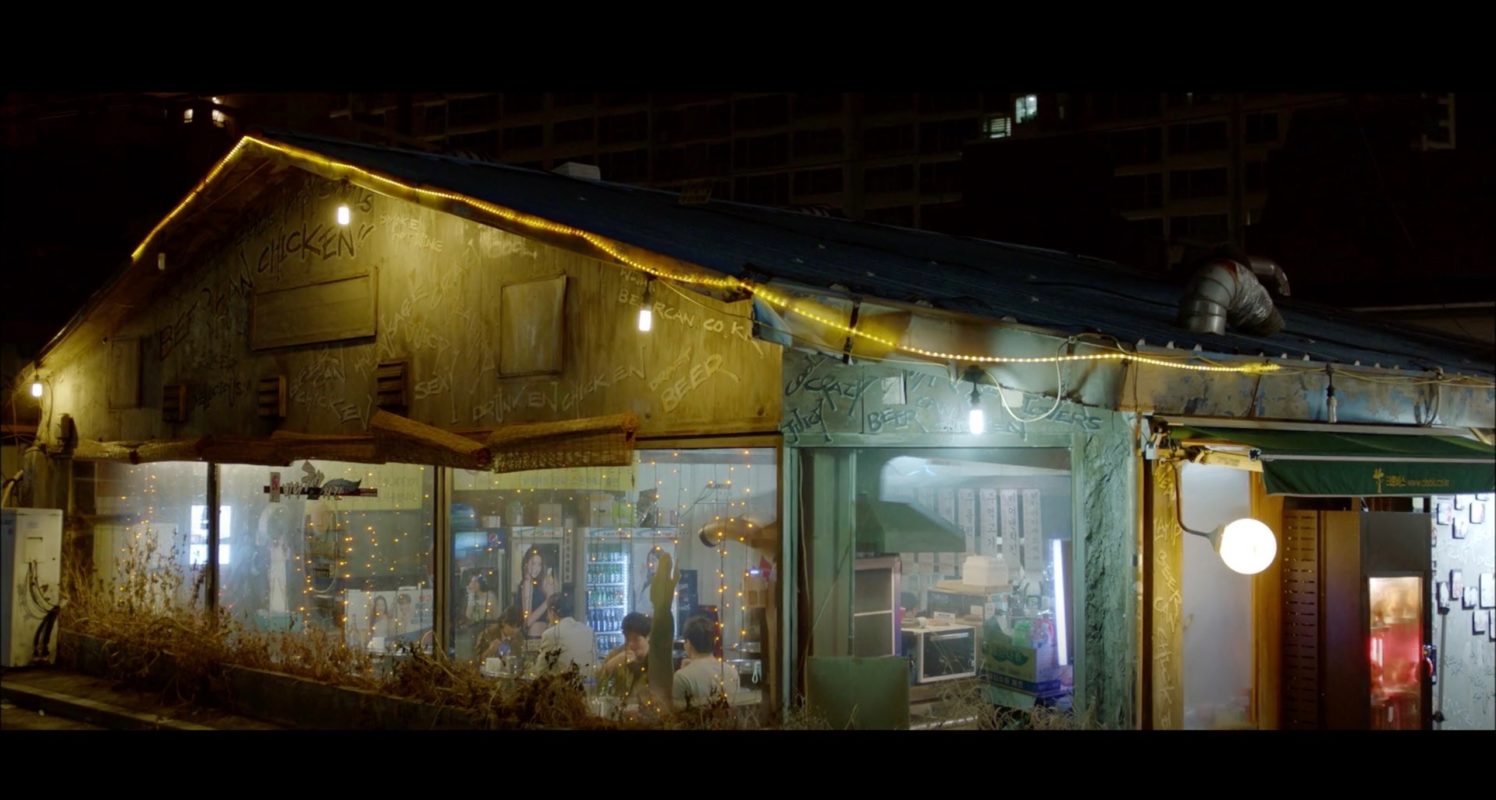 Kyung Woo-yeon (Shin Ye-eun) joins Eunyu Publishing Company’s team dinner at this restaurant (appearing as ‘Pocha Kingdom’) in episode 3 of More Than Friends/Number Of Cases (Kyeongueui Su/경우의 수) (JTBC, 2020). When CEO On Joon-Soo (Kim Dong-joon of ZE:A) steps out to make a phone call, he sees Woo-yeon drunk-calling her crush — [SPOILER] and he realizes that she used his number to do so over all these years.

Noh Ae-jung (Song Ji-hyo) and Oh Dae-oh (Son Ho-joon) come to this restaurant for a drink in episode 3 of Was It Love/Did We Love?/We, Were in Love (우리, 사랑했을까) (JTBC, 2020) and she tries to convince him that she can turn his first book in a movie. He insists only on getting one question answered: Where have you been during these 14 years?

Yang Jung-guk (Choi Si-won) and Kim Mi-young (Lee Yoo-young) come here after leaving the club in episode 2 (full episode 1) of My Fellow Citizens!/Fellow Citizens (국민 여러분!) (KBS2, 2019). In Mi-young’s drunken state, she suggests that they try dating each other to get over their exes, and that she’d give Jung-guk till daylight to decide. They stay there till morning, and he tells her that he’ll date her. The couple come back here for regular meals, and this is also where Jung-guk eventually proposes to Mi-young, which she accepts.

While surfing the internet in episode 7 of Touch Your Heart/Reach of Sincerity (진심이 닿다) (tvN, 2019), Kwon Jung-rok (Lee Dong-wook) finds out that this is Oh Yoon-seo’s (Yoo In-na) favorite restaurant. She explains in a TV show that was broadcasted when she was on top of her career and that is filmed here, that she comes to this restaurant often to get something to-go, especially when she feels down. A little later, Yoon-seo orders something at this restaurant and is taken by surprise when Jung-rok suddenly stands next to her – without waiting for her order, she runs out of this restaurant until Jung-rok catches up to her.

Kim Jin-hyuk (Park Bo-gum) and Cha Soo-hyun (Song Hye-kyo) meet up for dinner at this restaurant in episode 12 of Encounter/Boyfriend (남자친구) (tvN, 2018-19) and he shows her a “new world”, i.e. chicken feet and how to eat them. But in reality he wants to assure himself that Soo-hyun and their relationship won’t be troubled by her ex-husband’s feelings.

Min Chae-rin (Lee Yu-ri) invites Ha Yeon-joo (Uhm Hyun-kyung) for a drink here in episode 10 of Hide and Seek (숨바꼭질) (MBC, 2018), telling her that she didn’t have anyone else to turn to as a friend. Yeon-joo eventually confides in Chae-rin about the possibility of her husband-to-be cheating on her.

When at a retreat, Bang Myeong-soo (Byun Yo-han) recalls a moment when he drove two hours to this restaurant only to watch Kim Soo-jin (Song Ji-hyo) from outside the place and sees how she is happily attending a dinner with her work colleagues in episode 5 of Ex-Girlfriends’ Club/Ex-Girlfriend Club (구여친클럽) (tvN, 2015).

Chicken Feet Yechan [닭발예찬] was a chicken feet restaurant that was in business for at least a decade (2009 is the earliest it was mentioned online) until mid-2020. It was located in Seoul’s neighborhood Tojeong [Tojeong-dong/토정동] in the Mapo District [Mapo-gu/마포구].

The restaurant’s building has since been destroyed; as of July 2021, the site appears to still be under construction.