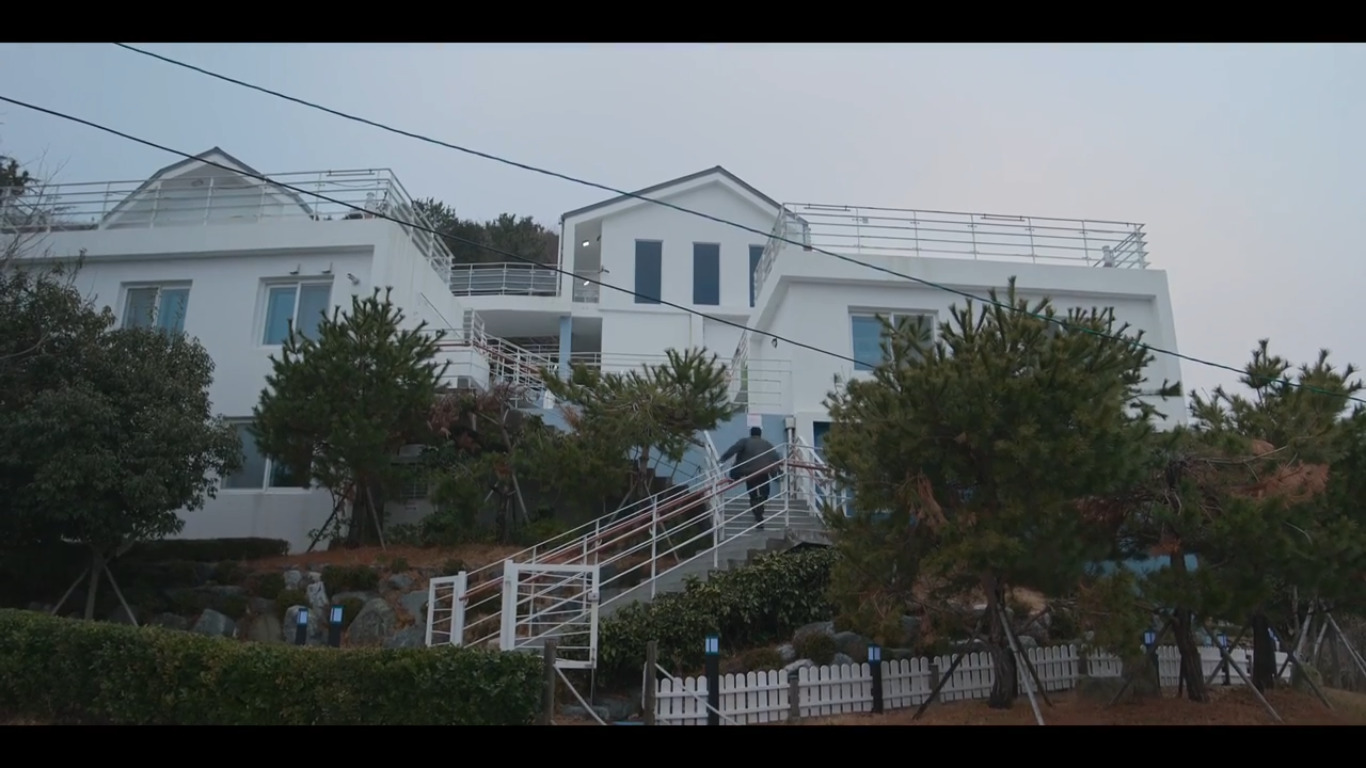 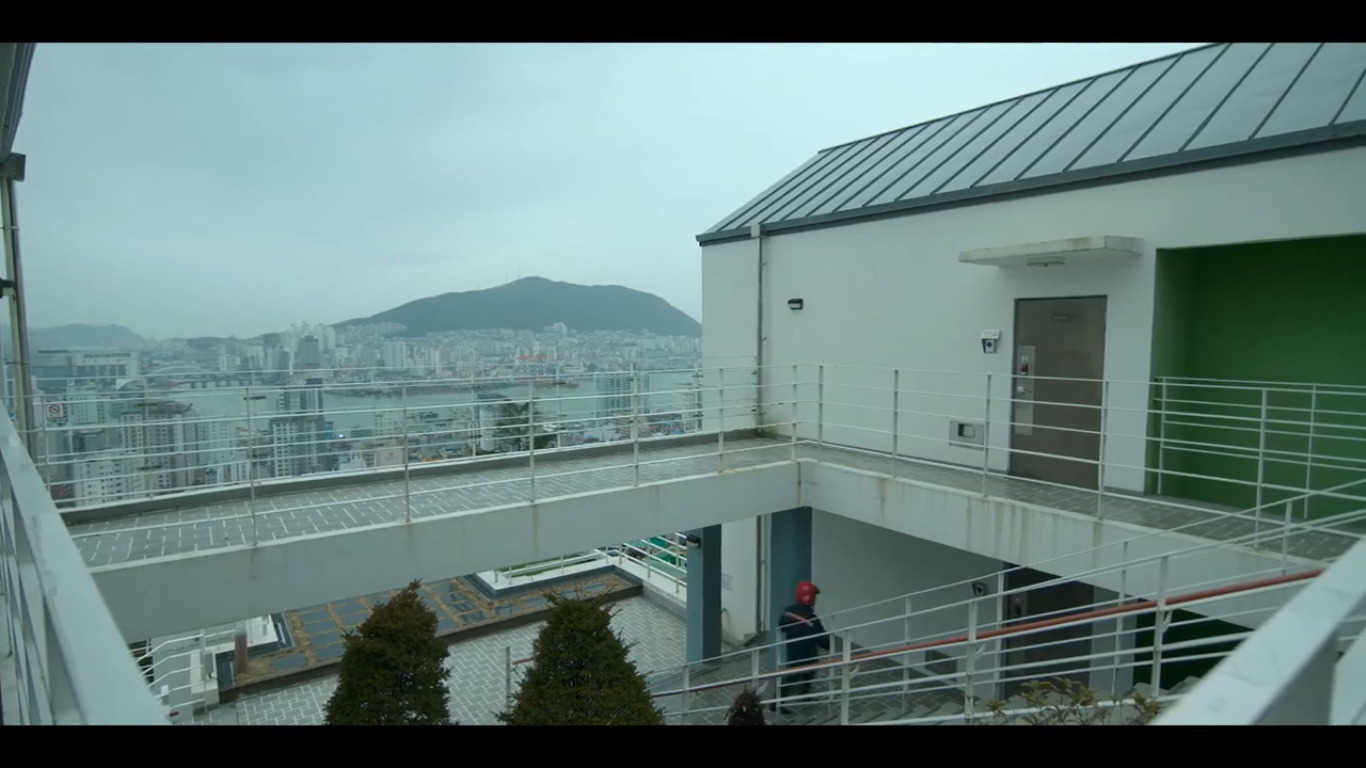 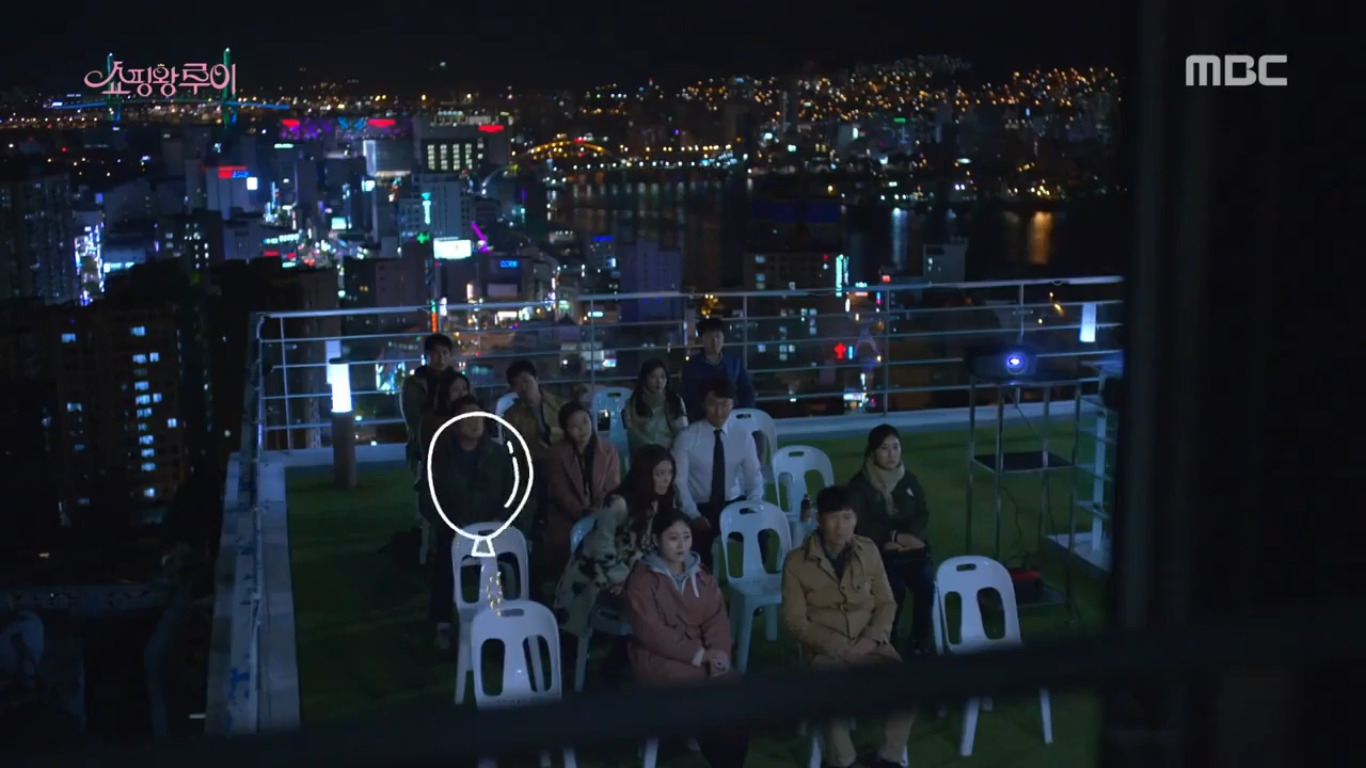 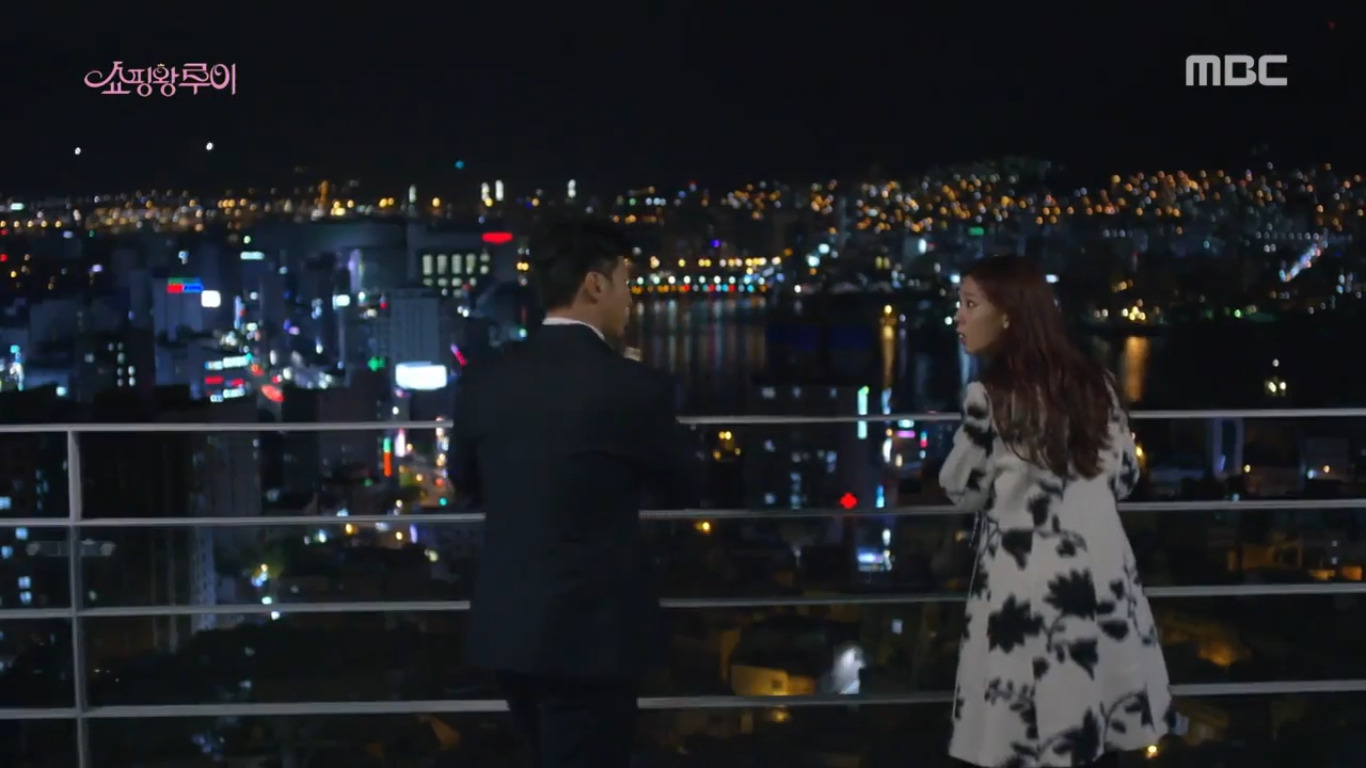 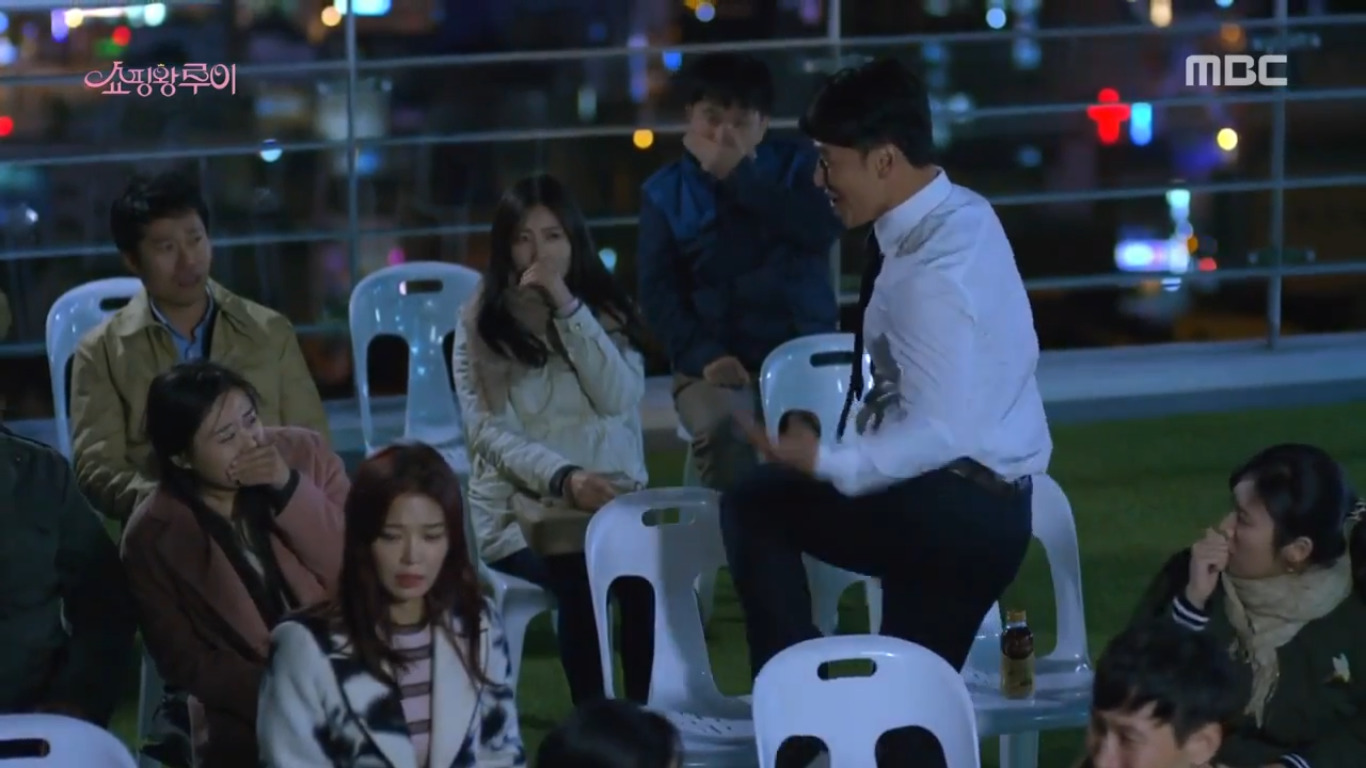 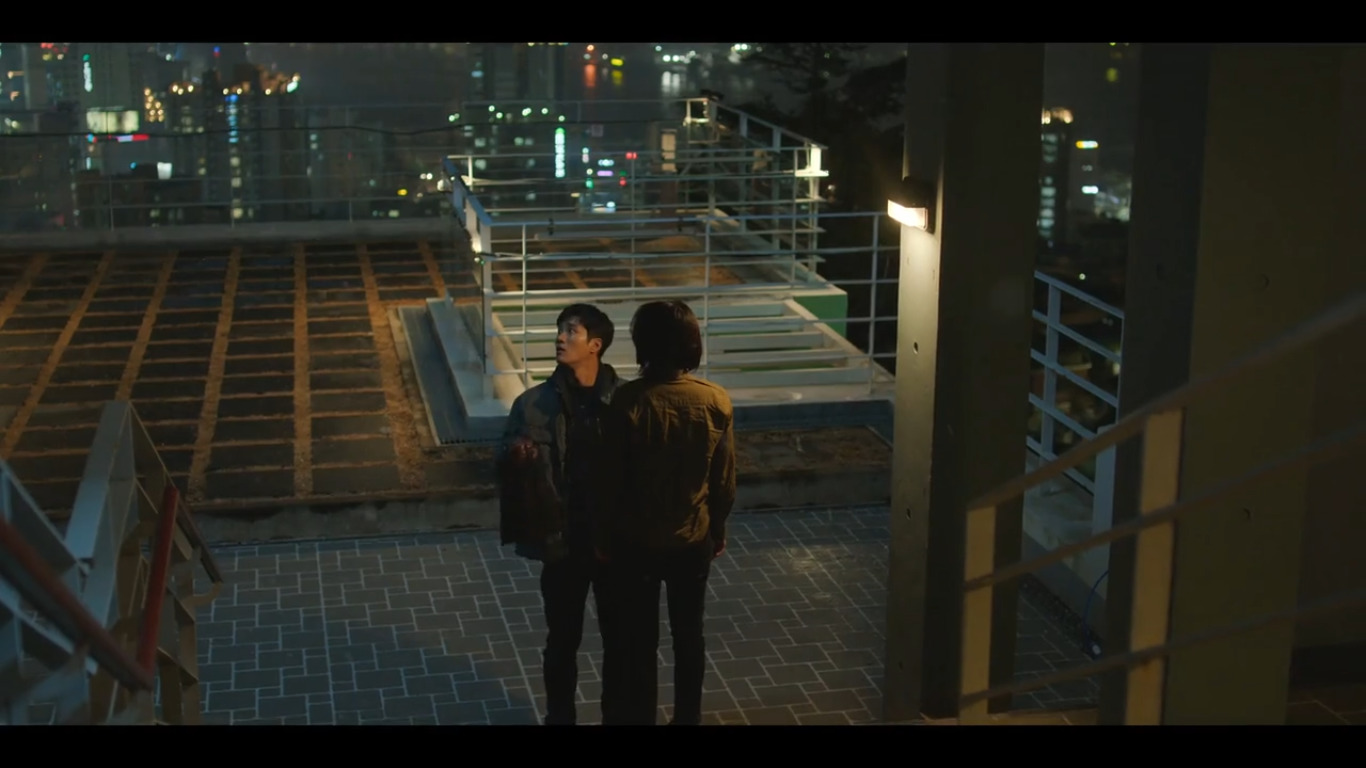 This building appears as the apartment block in which Police Officer Oh Hye-jin (Han So-hee) lives in a sparsely furnished apartment, as first seen in episode 4 of My Name/Maineim (마이 네임) (Netflix, 2021).

In episode 12 of Shopping King Louis/Shopping King Louie (쇼핑왕 루이) (MBC, 2016), Jo In-sung (Oh Dae-hwan) invites Baek Ma-ri (Lim Se-mi) to the terrace to watch a movie, after finding her upset near the beach. She agrees to go with him, but won’t sit near him because of a previous pooping incident in her car. An infatuated In-sung, however, is happy to just sit and smile at her. Unfortunately, during the movie, Ma-ri has an upset stomach, and just as she gets up to leave, she lets out a loud, stinky fart. In-sung graciously announces that he was the culprit!

Cheonmasan Eco House [천마산에코하우스], opened in 2015, is a three-storey eco-friendly award-winning guesthouse and pension located on the Cheonmasan Mountain Road/Sanbokdoro in Busan’s neighborhood Chojang [Chojang-dong/초장동] in the Seo District [Seo-gu/서구]. The terrace of this guesthouse allows for impressive views across Busan Harbour, Namhang Port and Yeongdo Island. Especially at night, “the rainbow lights of Busan Harbor Bridge shine and the reflection across the sea next to the orange streetlights creates picture-perfect scenes”.

The guesthouse is part of a larger project by Busan City, which is to “create an eco-friendly sustainable city” and which unfolded in the neighborhoods Chojang-dong, Chungmu-dong, and Nambumin-dong under the project name Sanbokdoro Urban Regeneration Project ‘산복도로 르네상스’ in 2013 and 2016. It is fully powered by solar panels to provide electricity and solar hot water. All rooms also have double-glazed windows with wall and roof insulation for noise reduction and temperature control. Rainwater stored in large storage tanks is used for all outside cleaning and gardening. In 2016, the guesthouse won the Best Award in the Completed Building Category at the 32nd Busan International Architecture Competition [제32회부산국제건축대전].

There are four types of rooms, which can sleep 6-16 people, and rates range from 100,000 won to 240,000 won per room per night. Another special feature of this guesthouse is its ‘Moonlight Cinema’, where movies are screened for free from Tuesday to Sunday as an initiative of Busan City (also part of the city’s urban regeneration program) —including short films curated by the Busan Short Film Festival— on the guesthouse’s terrace since 2017. The management of Cheonmasan Eco House is happy for visitors to come and explore the property, stay for the movies and admire the view.