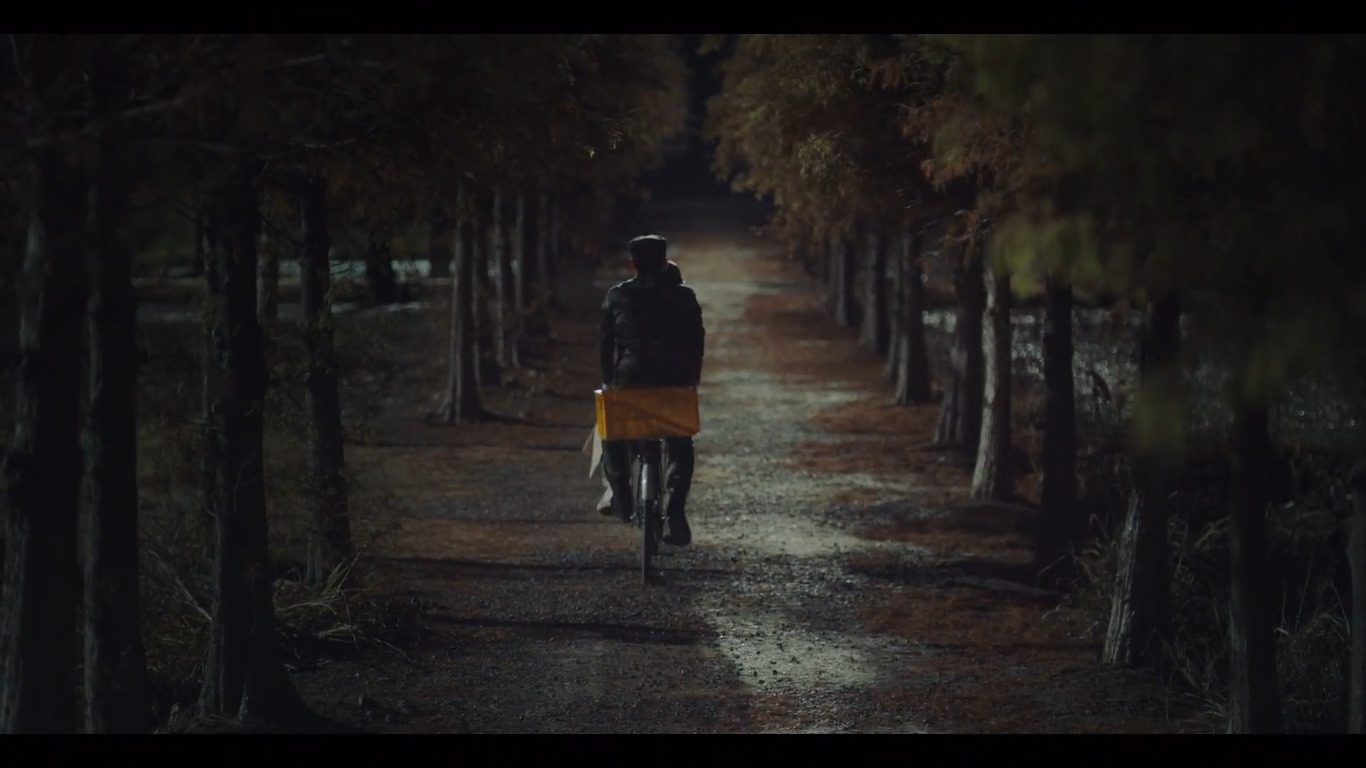 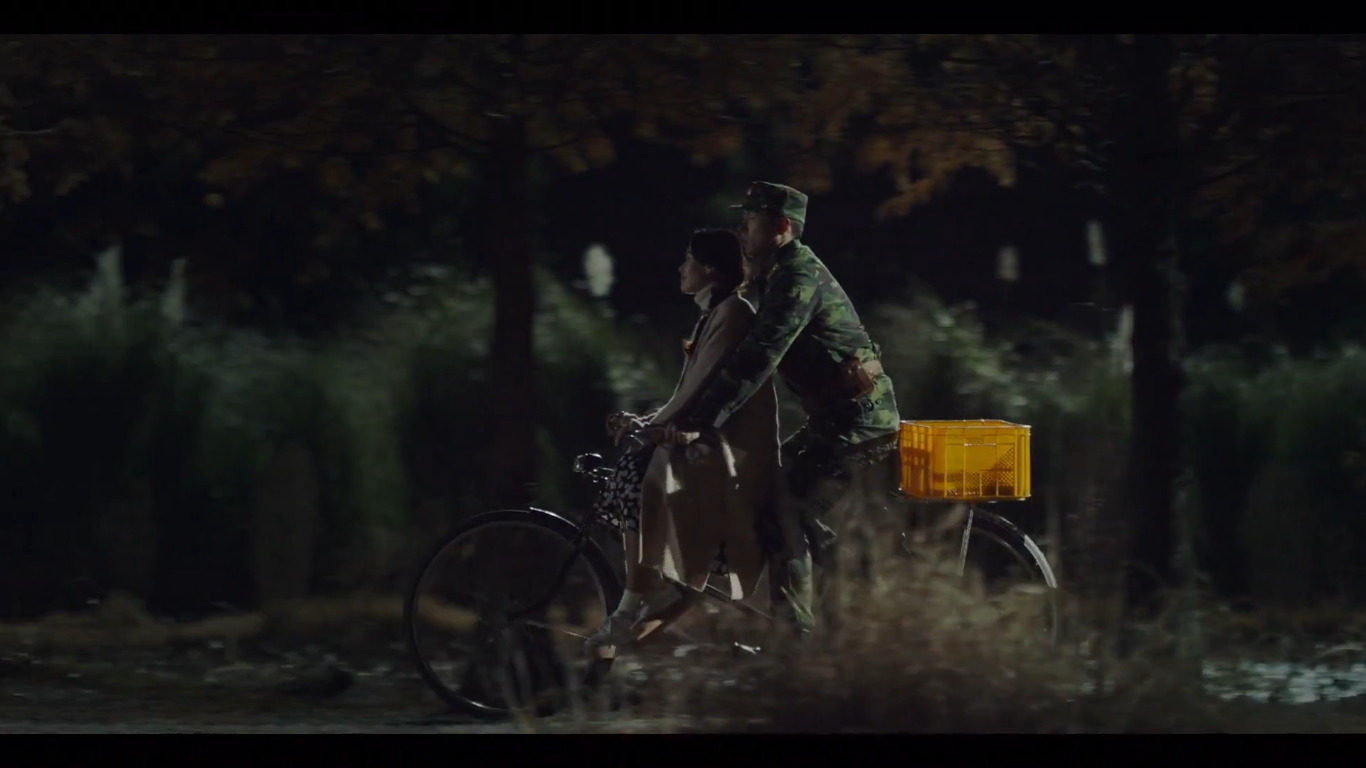 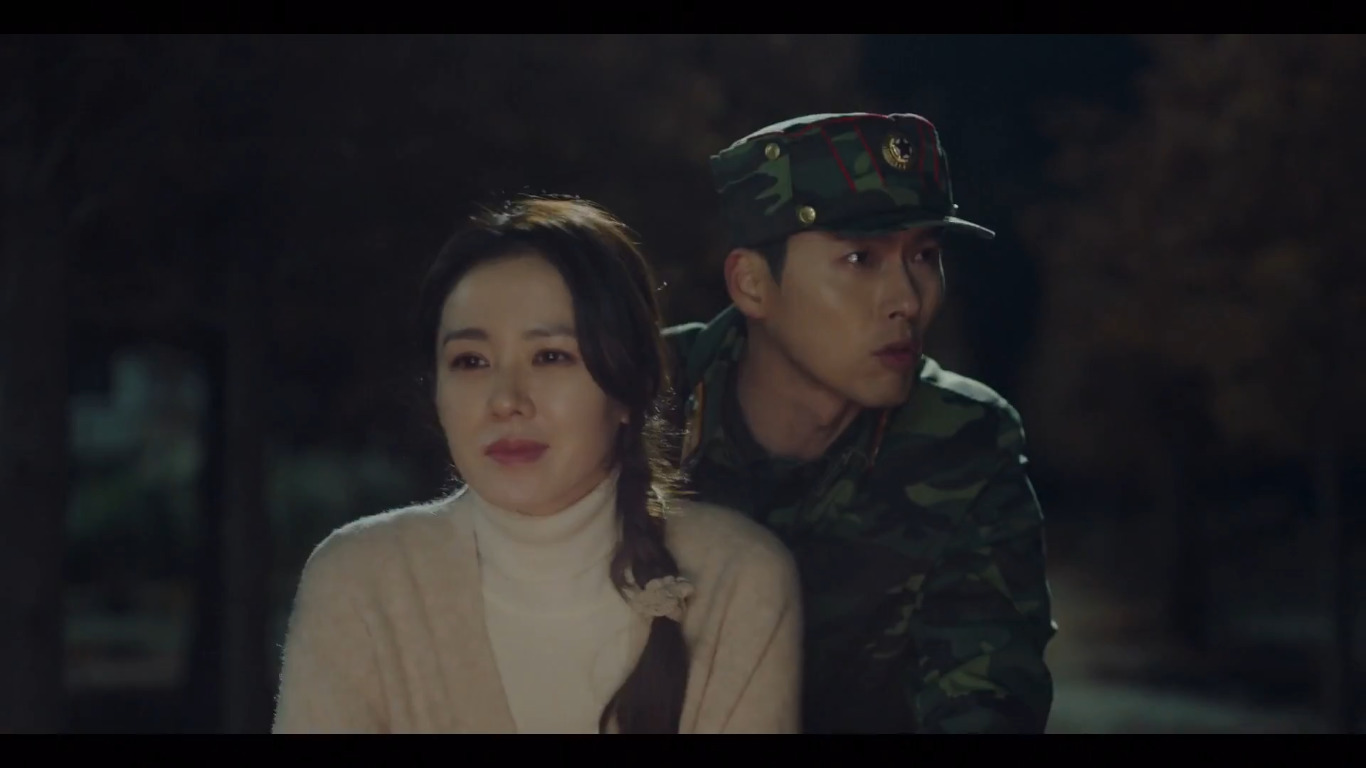 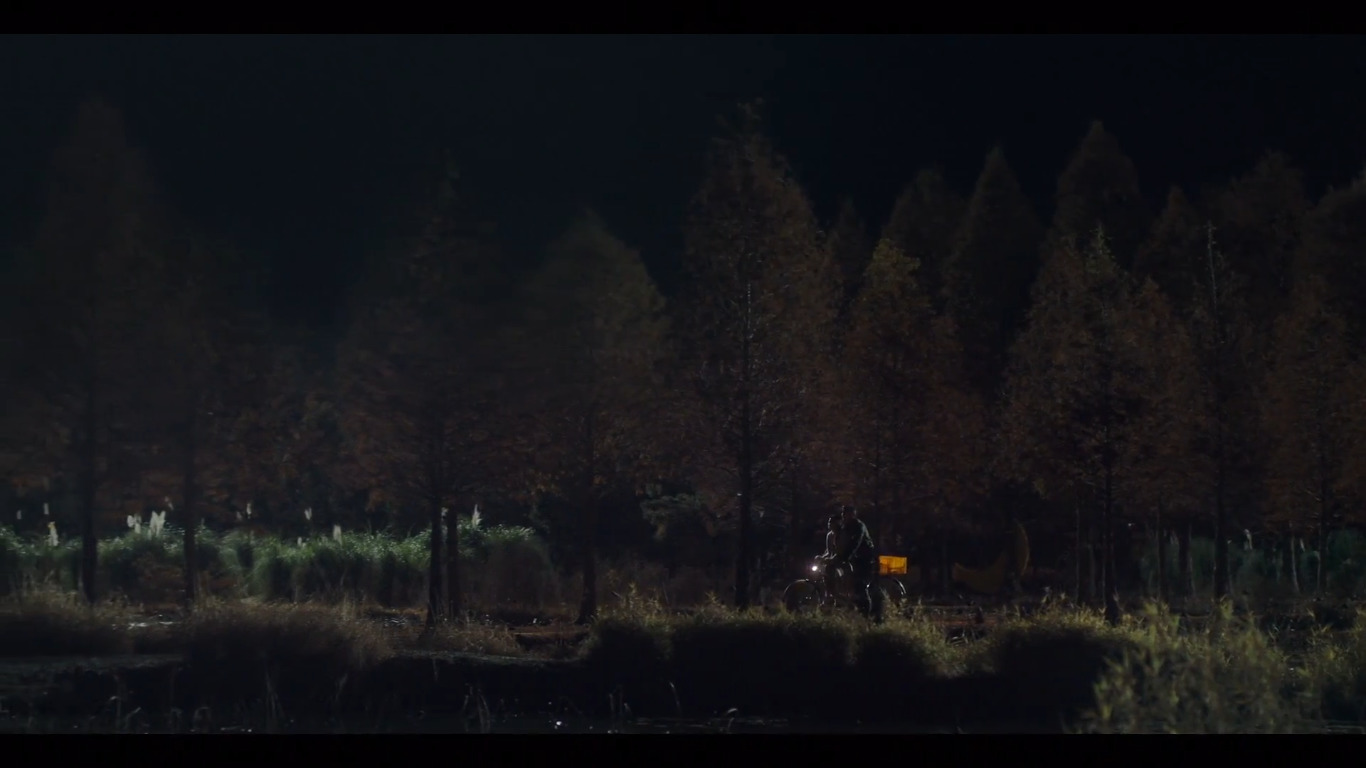 Yoon Se-ri (Son Ye-jin) leaves the birthday party of the Senior Colonel’s wife in episode 4 of Crash Landing on You (사랑의 불시착) (tvN, 2019-20), just as Ri Jeong-hyeok (Hyun Bin) rides past on his bike (for the second or third time), worrying about how Se-ri will get home safely in the dark. She notices a “unique” aspect of the bike, patting on the crossbar, and asks if this is her seat. They ride home together along this track bordered by cedars, and bicker cutely about Jeong-hyeok’s concerns.

This arboretum features over 200 varieties of trees and plants, along with theme gardens based on French artists, walking trails, and South Korea’s largest collection of water plants (lotus and water lilies) — all covering 24 acres. A few of the arboretum’s trails are bordered by Golden Cedars, but the filming location for Crash Landing On You, called ‘Metasequoia-gil’ or ‘Golden Cedar Road’, is the first pathway from the gate highlighted in the recommended tour route.

The garden also attracts visitors by holding various flower festivals throughout the year. For example: Iris World in mid-May to mid-June, the Taean Lotus Festival in mid-July (to late August) and a festival for pink mulhy grass, pampas grass and golden rice paddies in late August (to November). These festival times can be very popular, and visitor numbers are capped at 2,000 people per day.

Getting here
From Central City Terminal in Seoul [센트럴시티터미널] by bus
➜ Take an intercity bus to Taean Bus Terminal [태안터미널] (2 hrs 10 mins)
➜ Then, take an intercity bus bound for Nam-myeon [남면] or Anmyeon-do [안면도] and get off at ‘Sinjang Samgeori Bus Stop [신장삼거리]’.
Double check that the is bus is going via the Cheongsan Arboretum route.
➜ 10-minute walk from the bus stop.