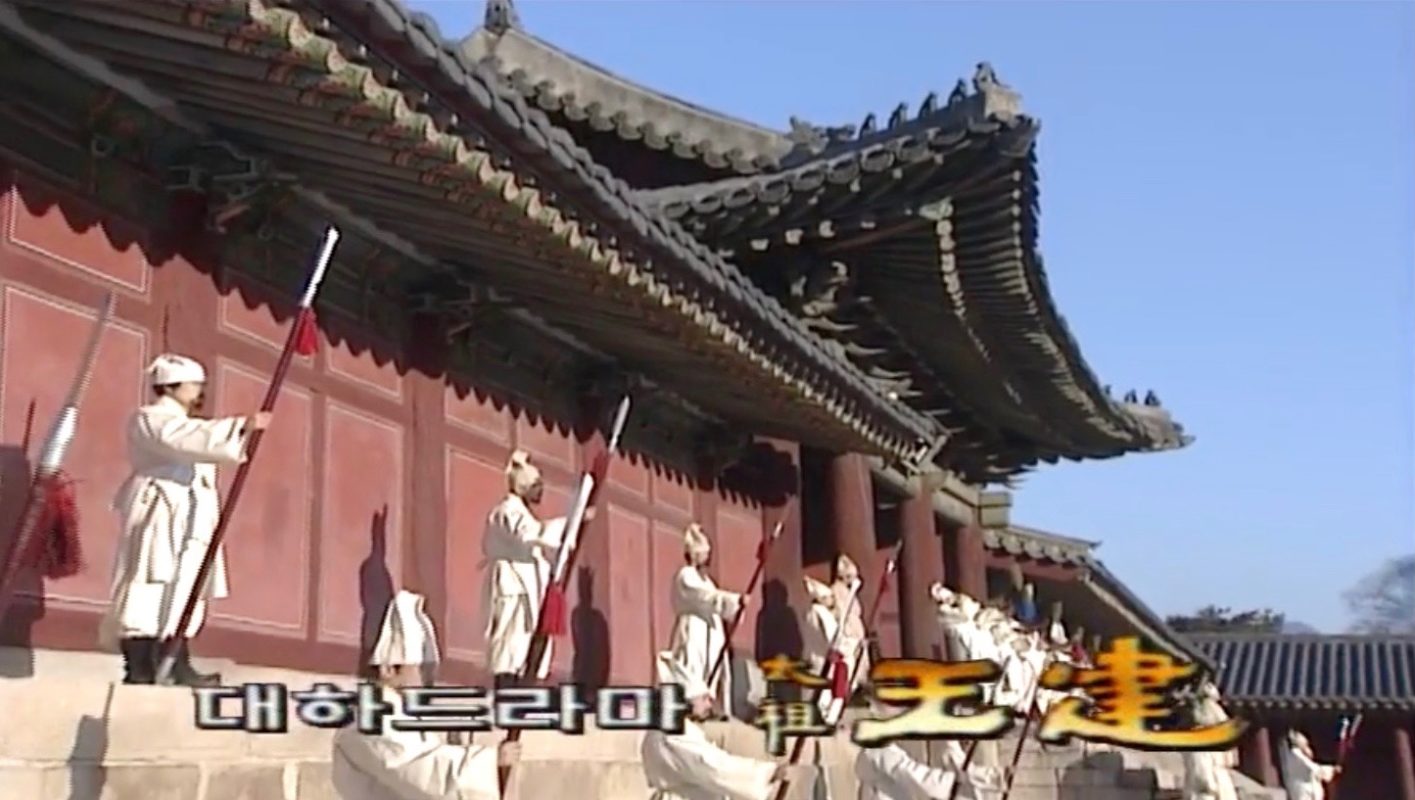 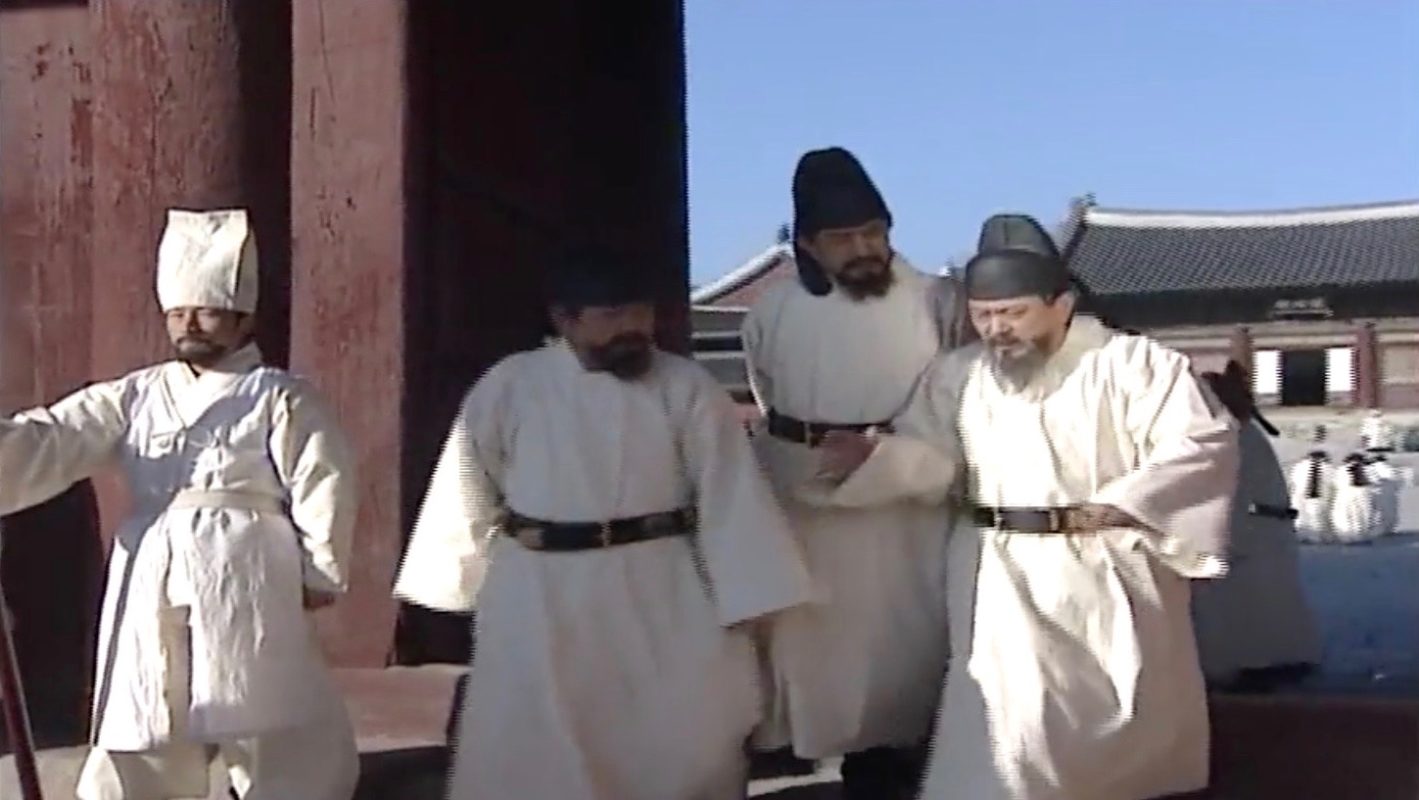 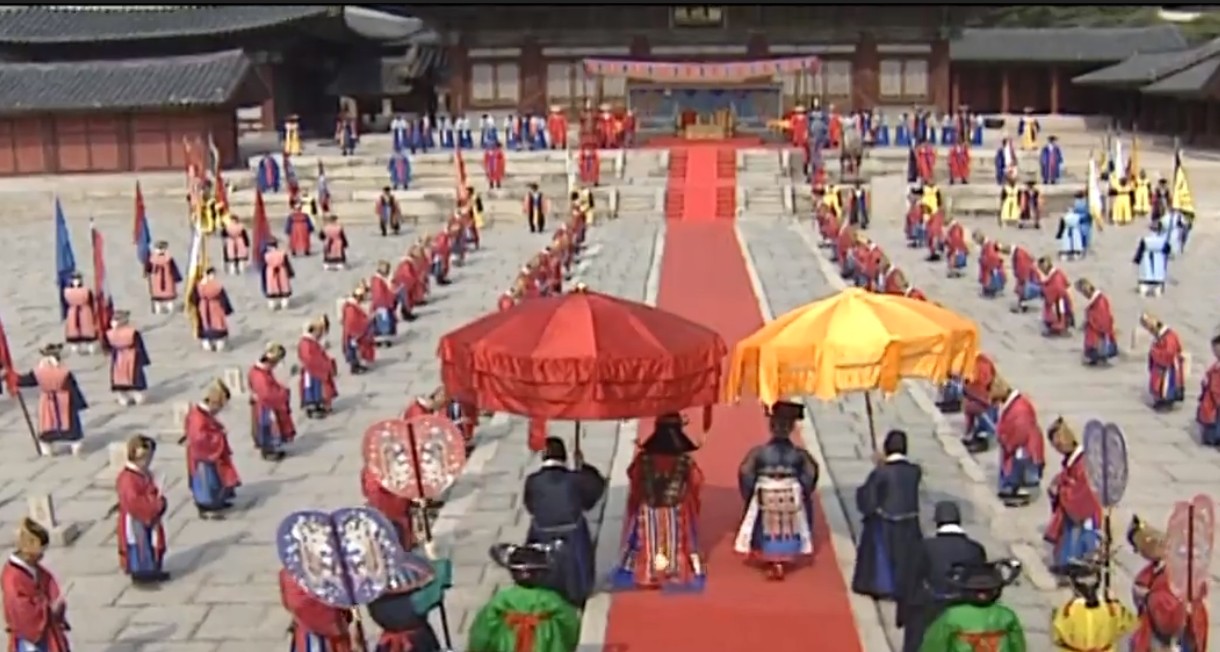 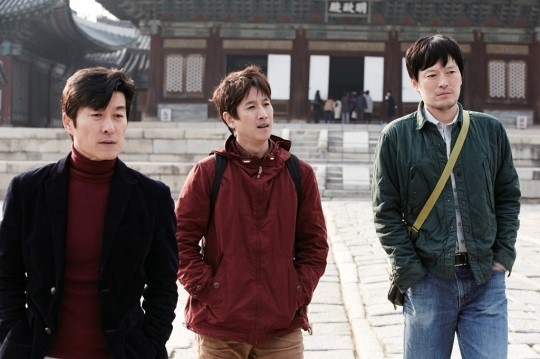 The external shots of this palace, along with neighboring Changdeokgung Palace (both referred to as the “East Palaces” (동궐)), represented the royal palace of Silla in Taejo Wang Geon/Emperor Wang Geon (태조 왕건) (KBS1, 2000-02) — as seen, for instance, in episode 8.

Changgyeonggung Palace [창경궁] is one of Seoul’s ‘five grand palaces’ with an ‘outstanding universal value’ according to the UNESCO. Built in 1418, it is a direct neighbor to Changdeokgung Palace [창덕궁] with which it shared the royal garden area, usually referred to as Huwon [후원/後苑/Rear Garden] or Biwon [비원/秘院/Secret Garden].

It was King Sejong the Great (세종대왕) who ordered this palace to be erected for his father, Taejong of Joseon (태종). Renovated and enlarged in 1483 by King Seongjong of Joseon (성종), it was afterwards destroyed twice during Japanese invasions of Korea. It was first burnt down in the 1590s and then reconstructed in 1616 to serve since then as the main seat of the Joseon dynasty for 250 years. It was again destroyed under the Japanese colonial rule (1910-1945) during which it was turned into a zoo and botanical garden, which was moved to Seoul Grand Park [서울대공원] in 1983.

Some of the palace’s noteworthy features, according to Lonely Planet, are its Myeongjeongjeon throne hall, “the oldest surviving hall of all Seoul’s palaces”; and its Okcheongyo stone bridge as its “oldest surviving structure”. Another feature is the Great Greenhouse, “a splendid Victorian-esque glass structure built by the Japanese in 1909”. Finally, it is the only Joseon-period palace that faces the east (as based on Confucian ideology, buildings in high esteem or importance should face a north-south orientation).