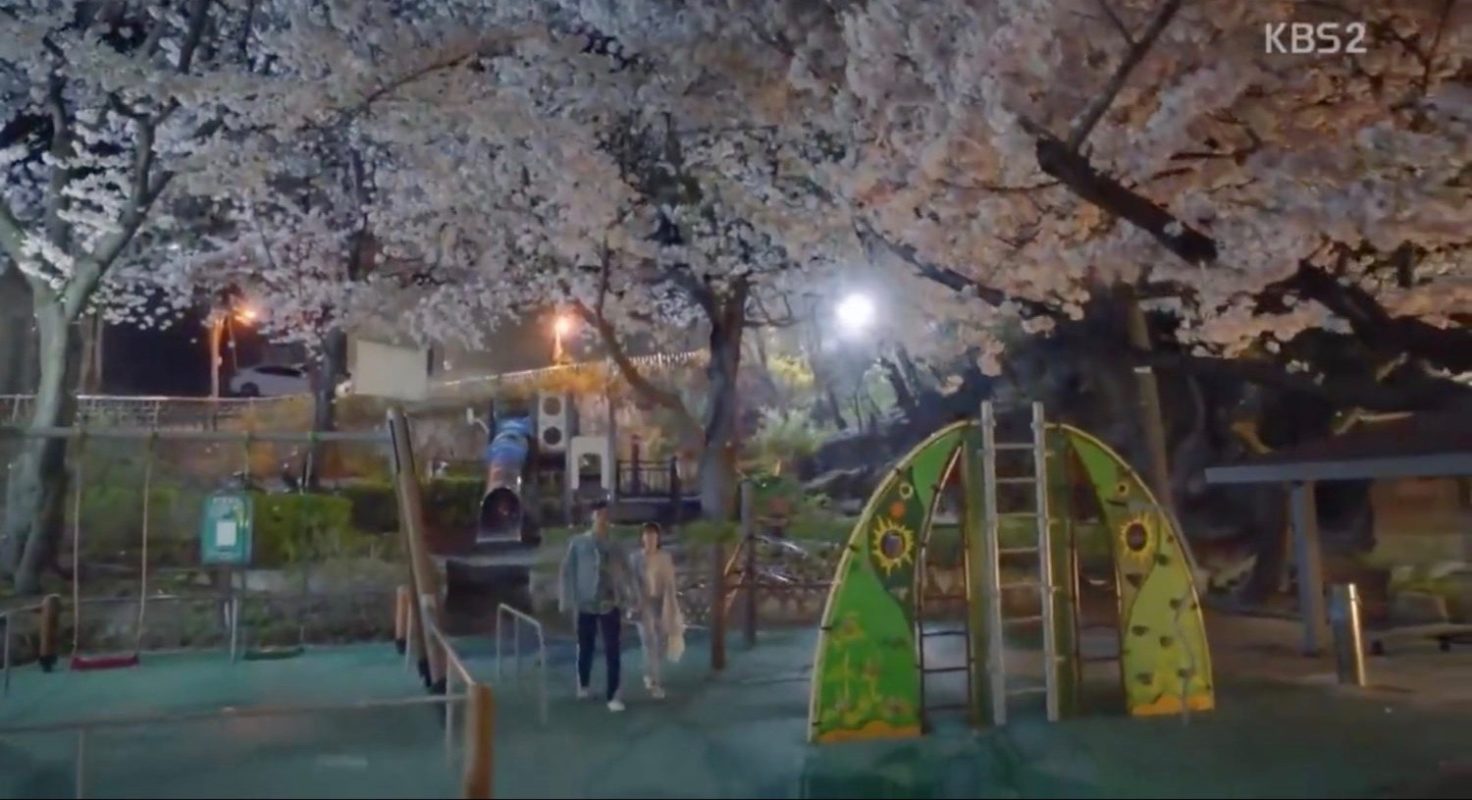 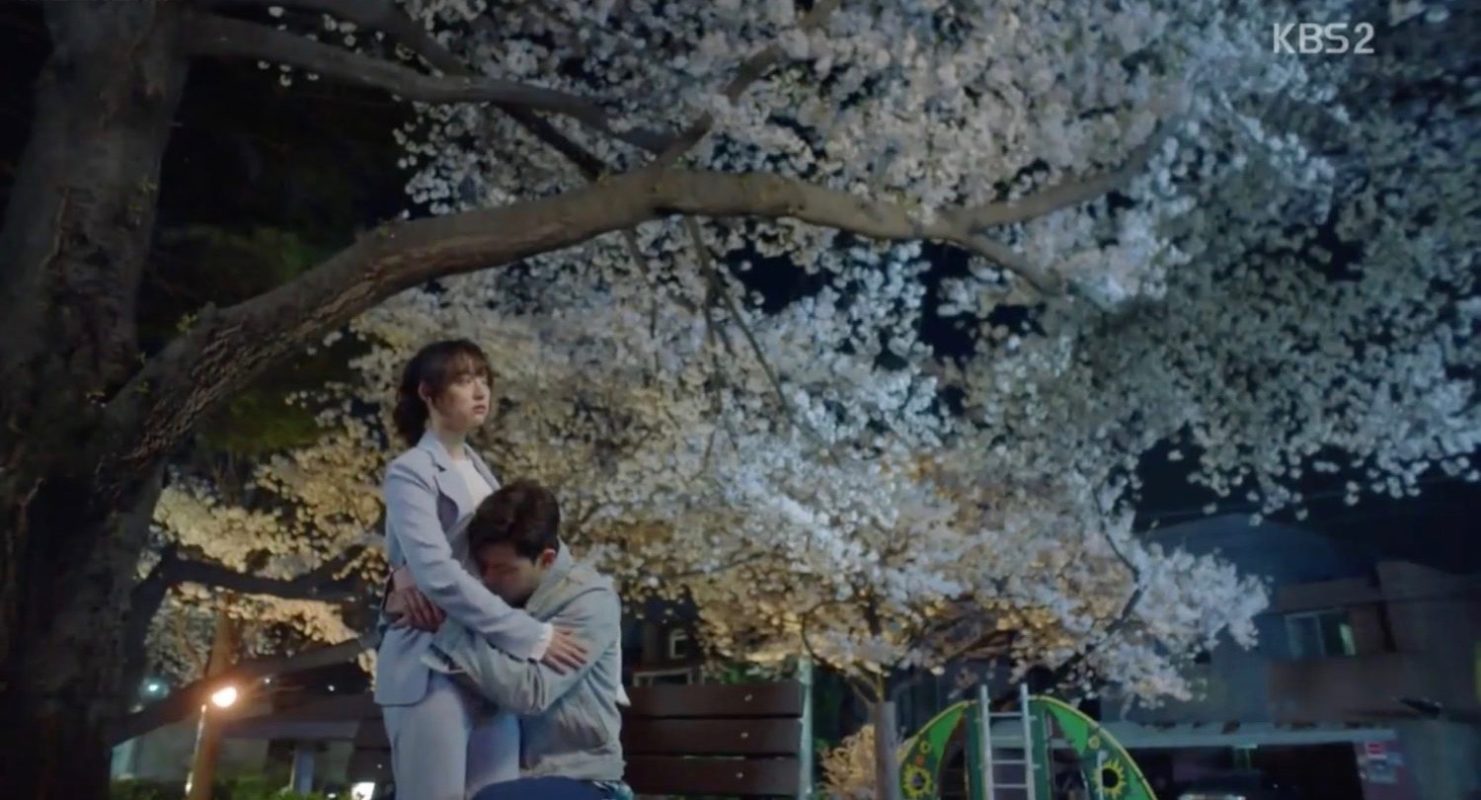 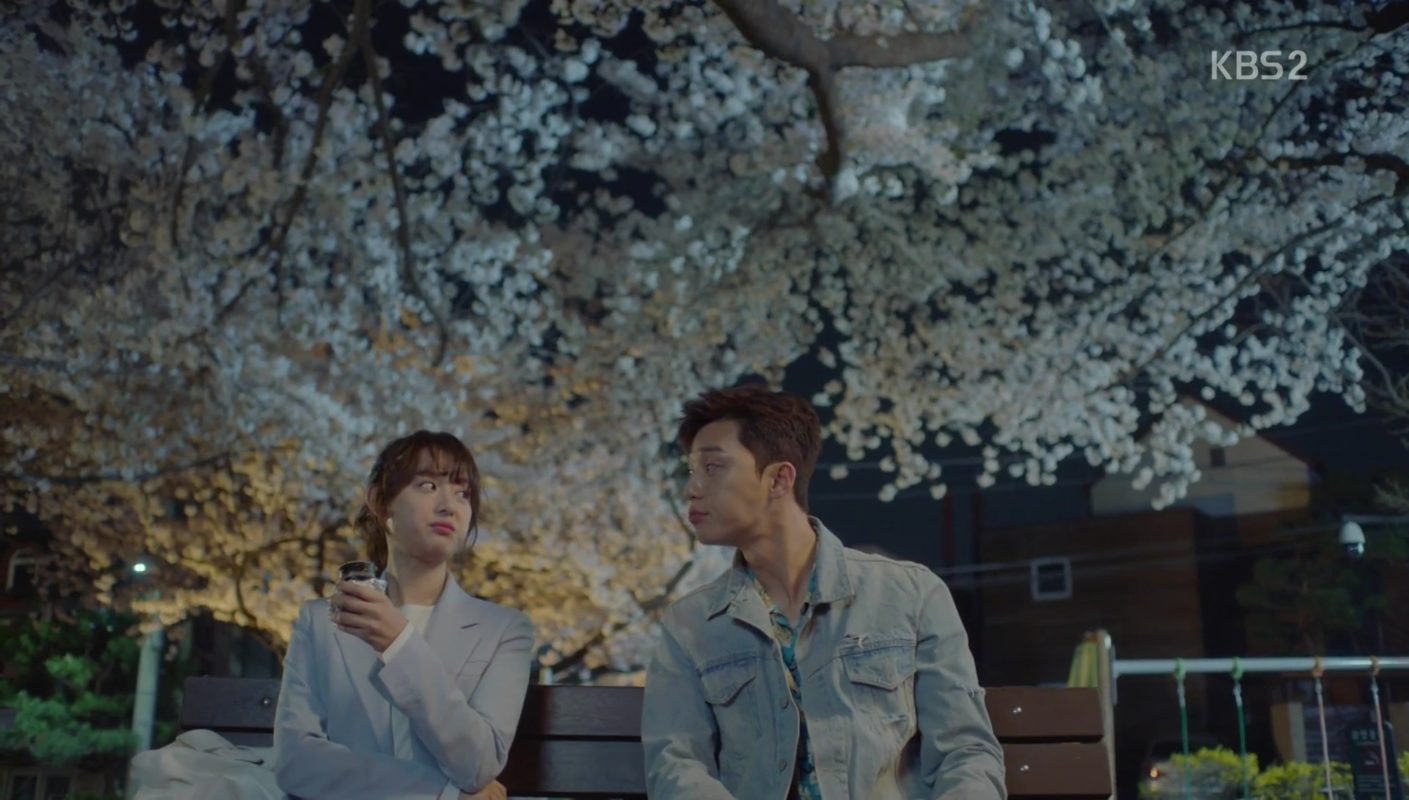 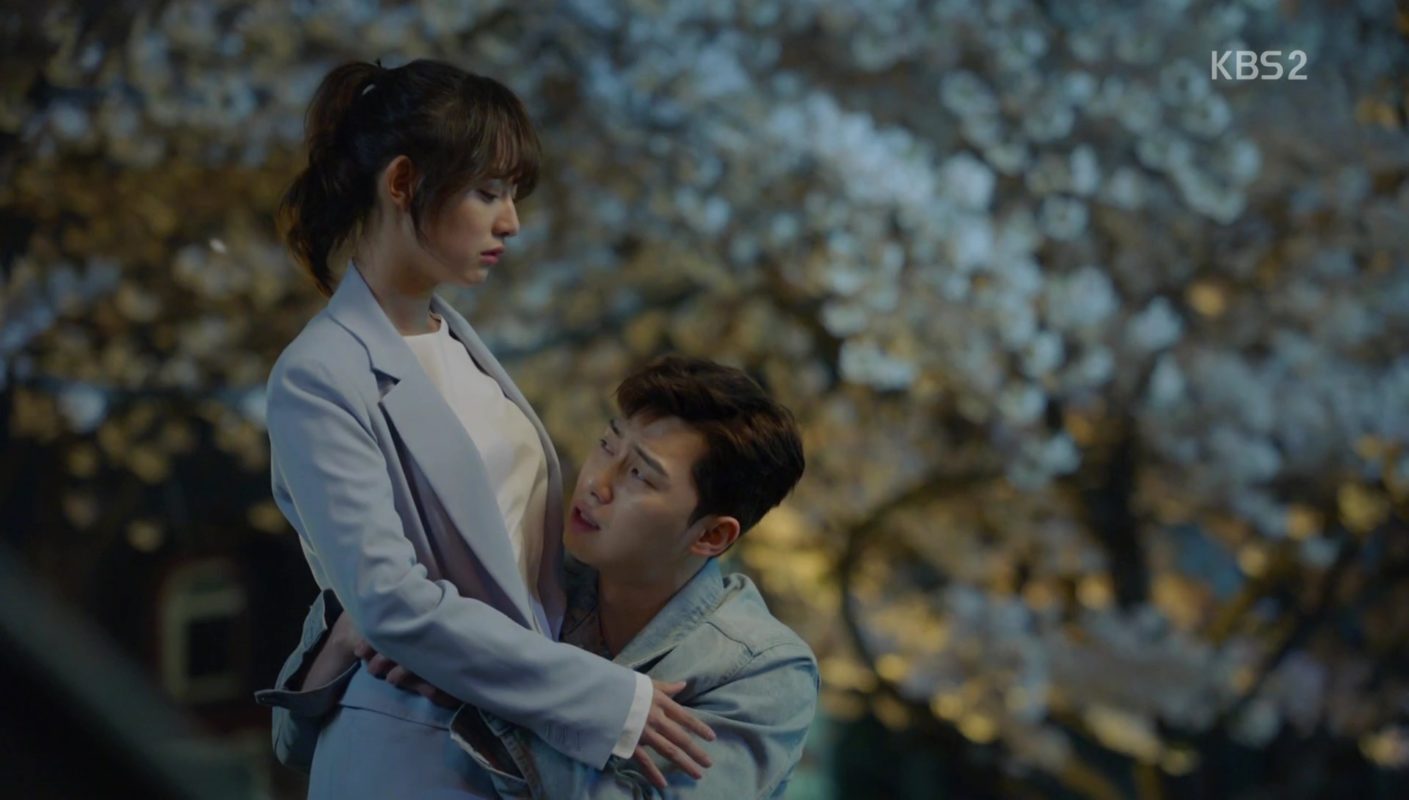 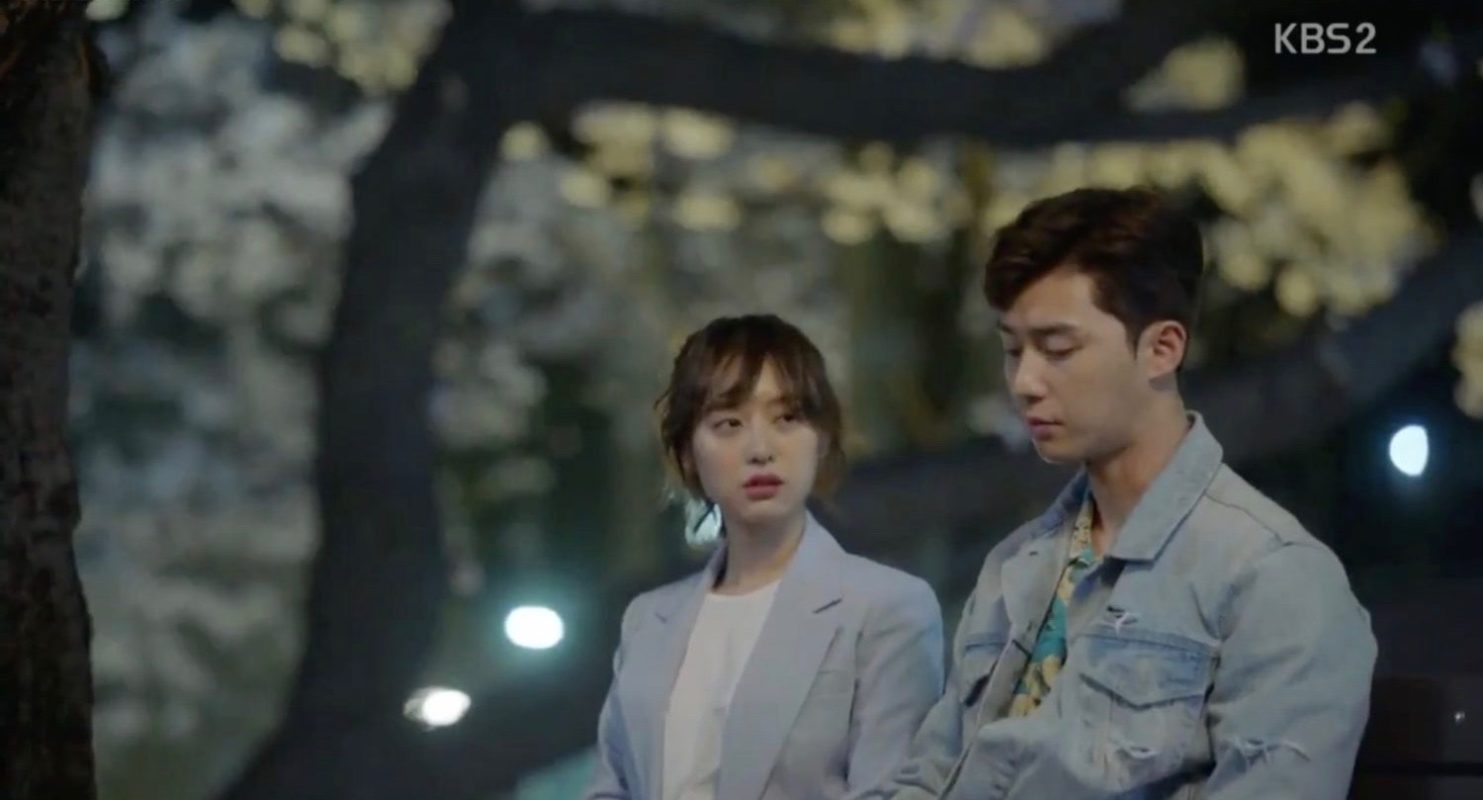 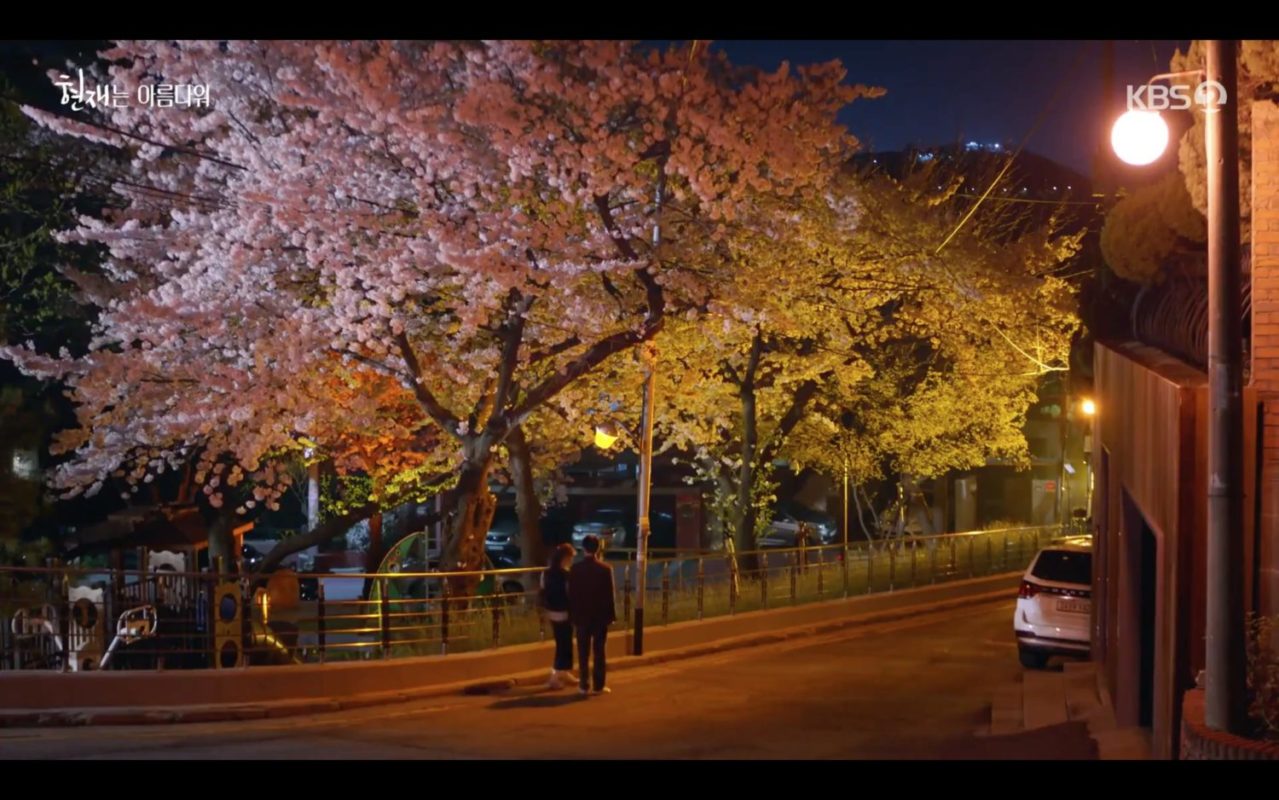 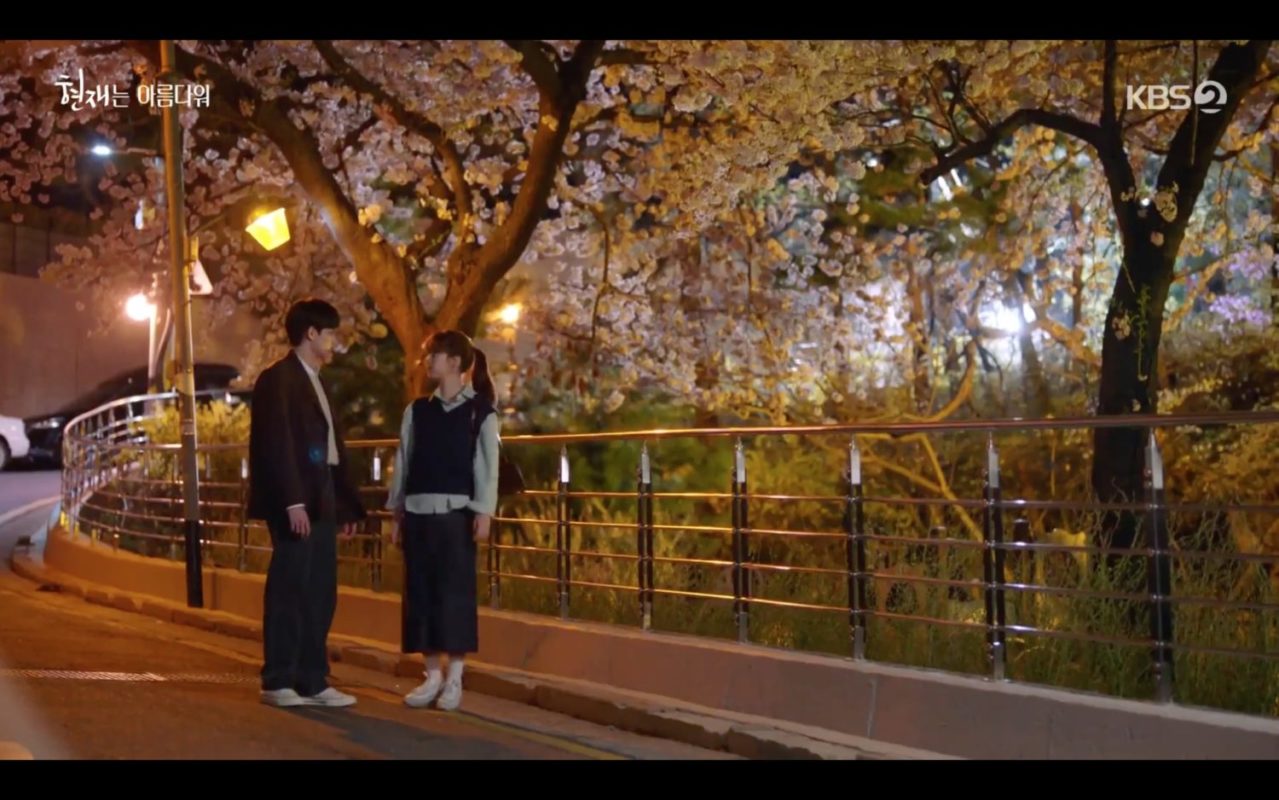 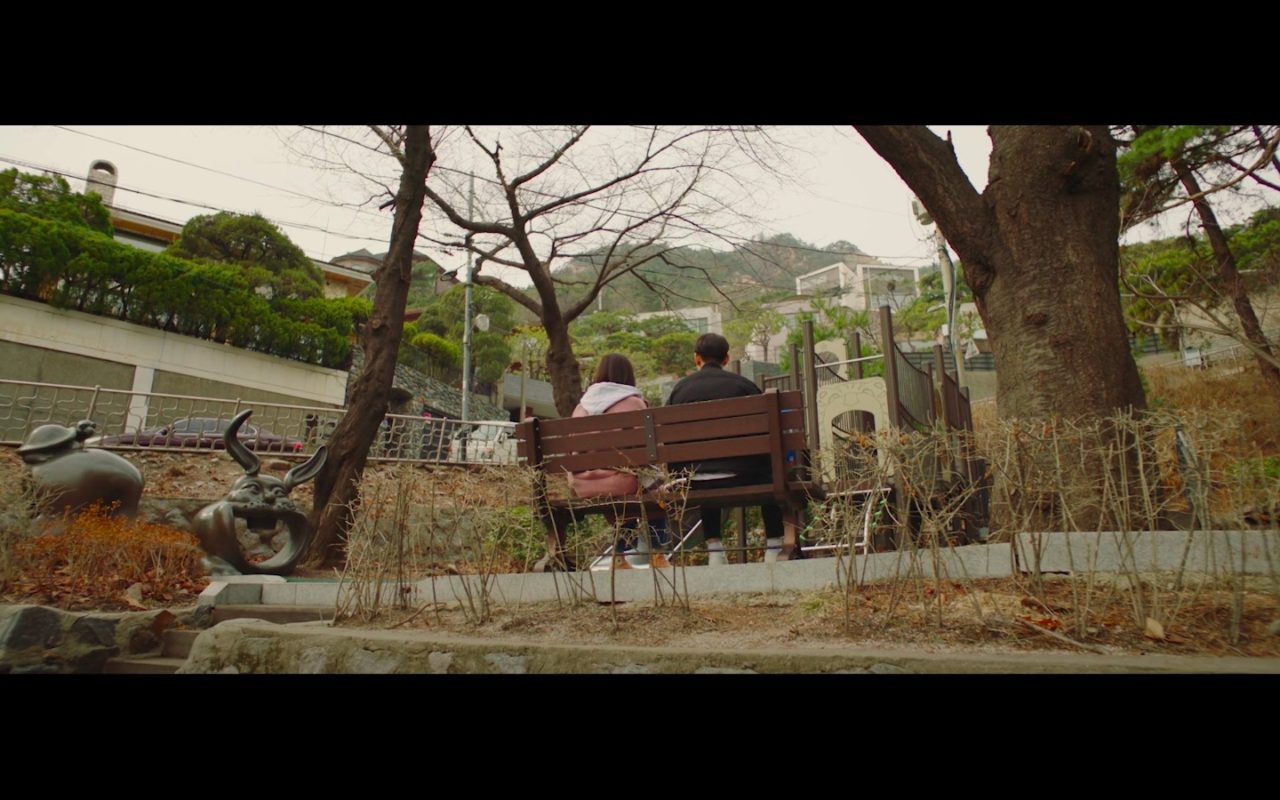 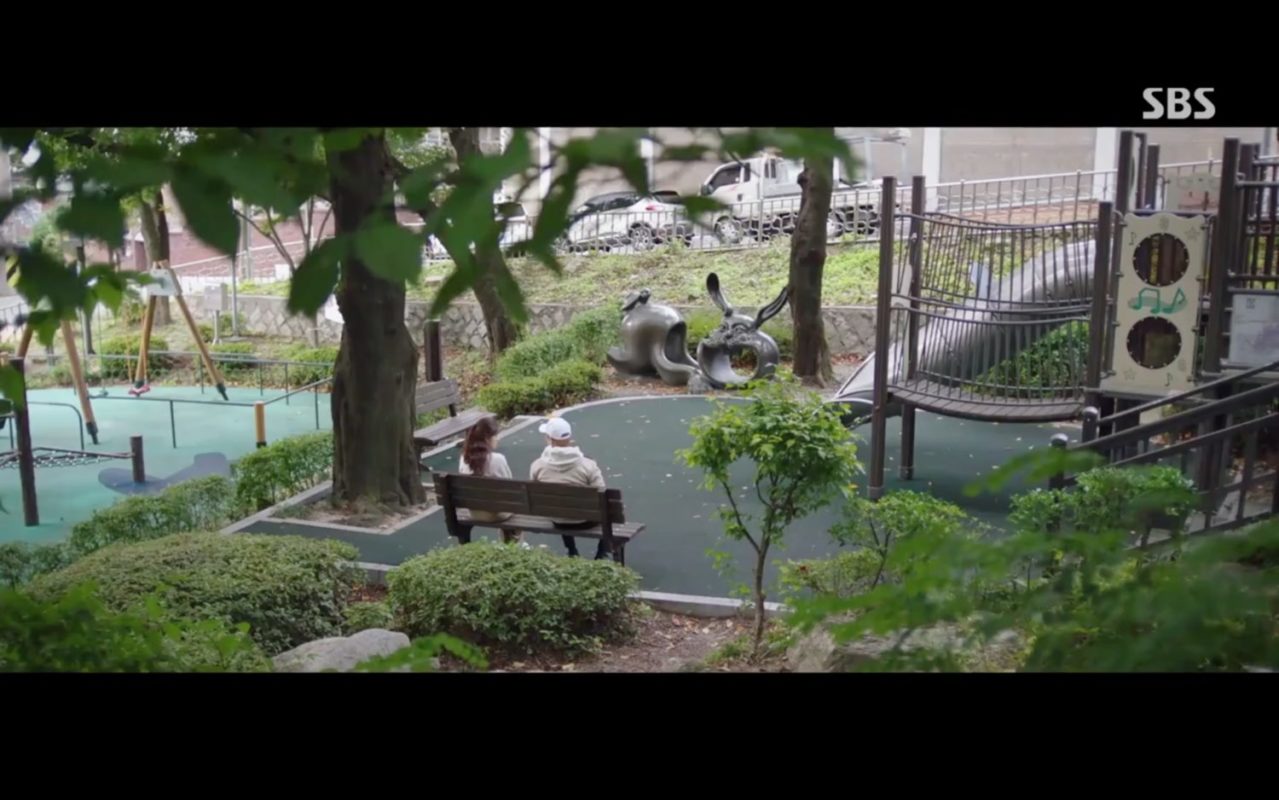 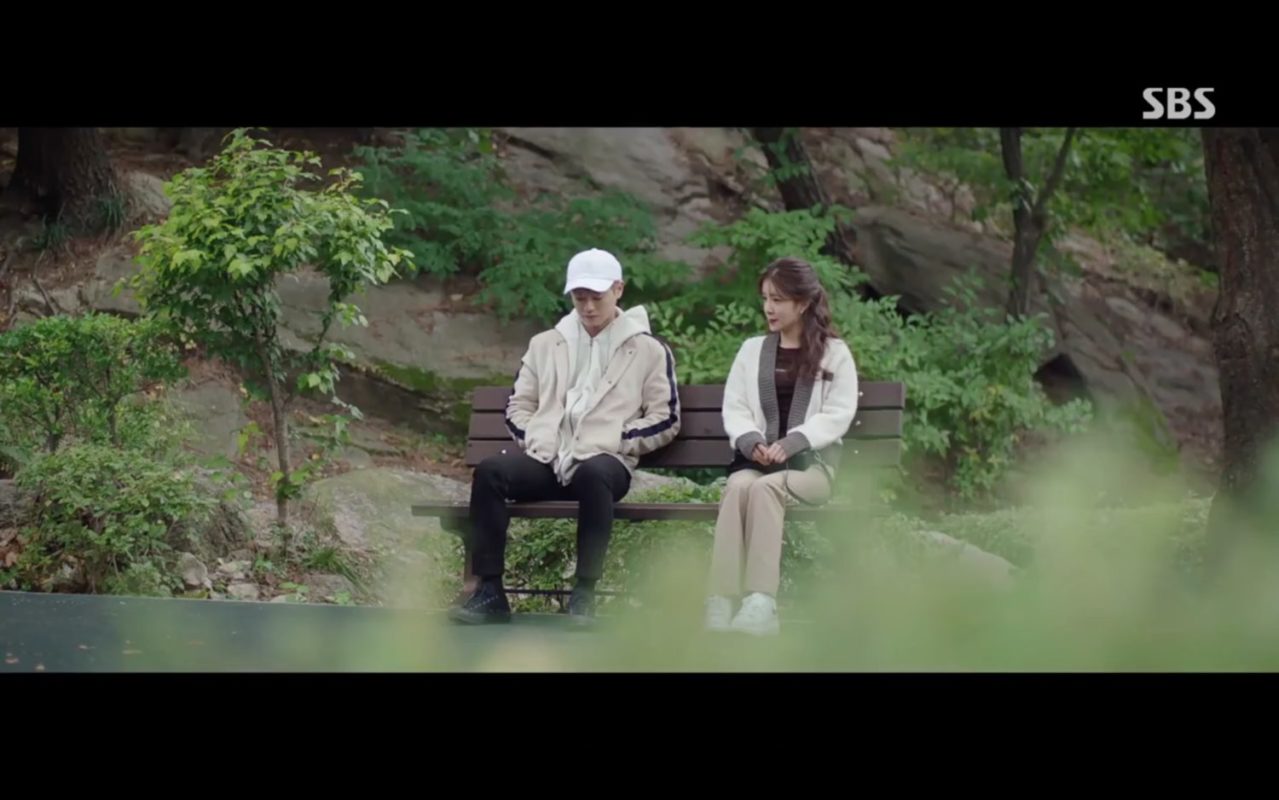 After Seo Woo-yeon (Jang Dong-joo) has helped In Yoon-joo (Jung In-sun) to hide from loansharks, they come to this playground in episode 10 of Let Me Be Your Knight/I’ll Be Your Night (너의 밤이 되어줄게) (SBS, 2021-22) and he tells her that he knows about her secret and that Yoon Tae-in (Lee Jun-young/Jun of U-KISS) will certainly be understanding too.

Choi Ae-Ra (Kim Ji-Won) and Ko Dong-Man (Park Seo-Joon) come to this park to eat kimbap in episode 2 of Fight For My Way/Third-Rate My Way (쌈 마이웨이) (KBS2, 2017), after getting into a fight (he wanted to save her but made things worse) and having been at the police station. He is touched and hugs Ae-ra around her waist to cry when she tells him that he will make it big one day for sure, and in turn asks her to spend her time with him rather than with people who don’t value her.

Cha Ra-ri (Kim So-hye) talks to Joon-young, the brother of her boyfriend Gun-hyeong (Cha Gun), at this park in episode 1 of Her Bucket List (그녀의 버킷리스트) (KakaoTV, 2021) to find out what had happened to Gun-hyeong.

➜ There is a bus stop just directly opposite this park: no. 01723 [참샘골공원/Chamsaemgol Park], which the bus 8003 stops at.
➜ We recommend checking your preferred transport/map app for detailed directions!