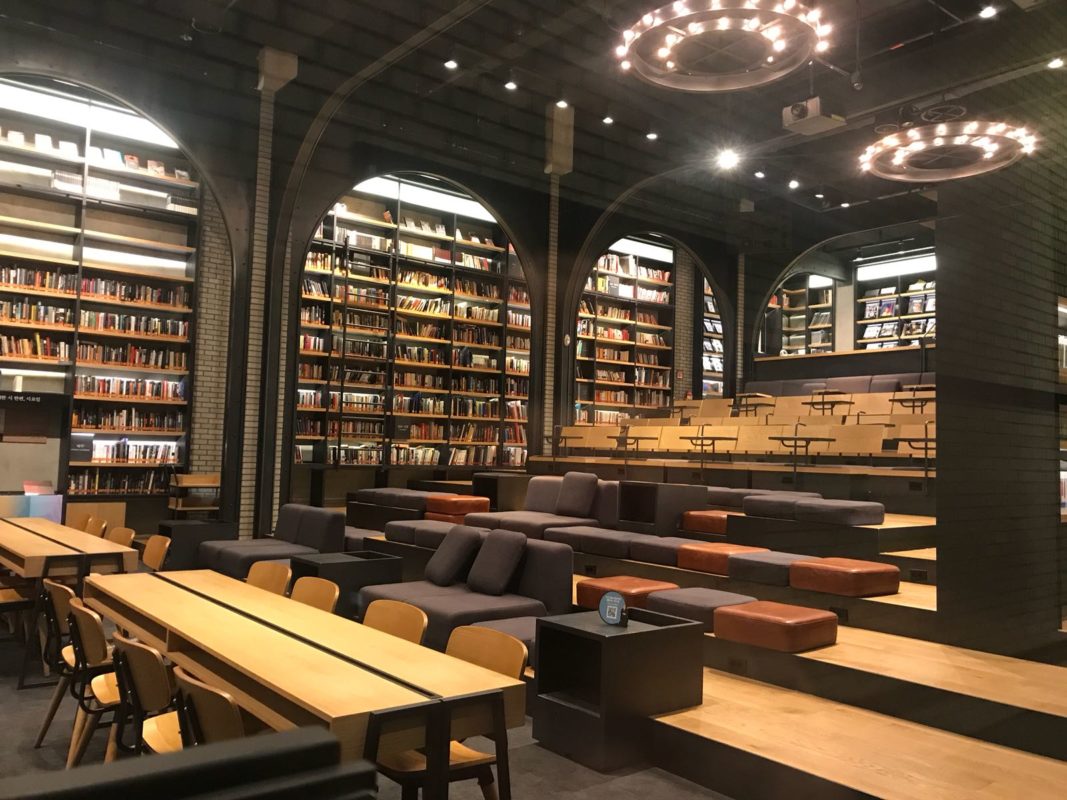 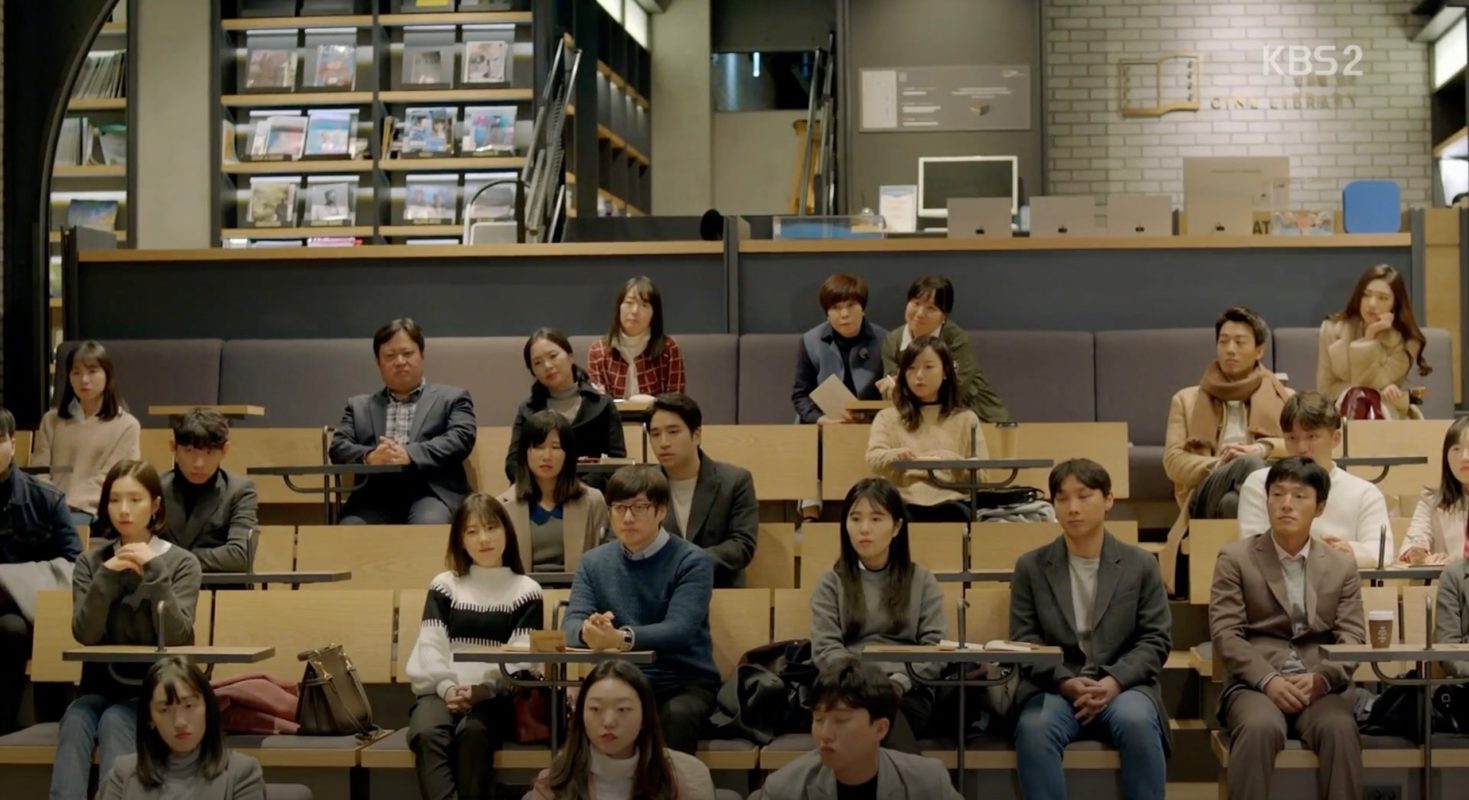 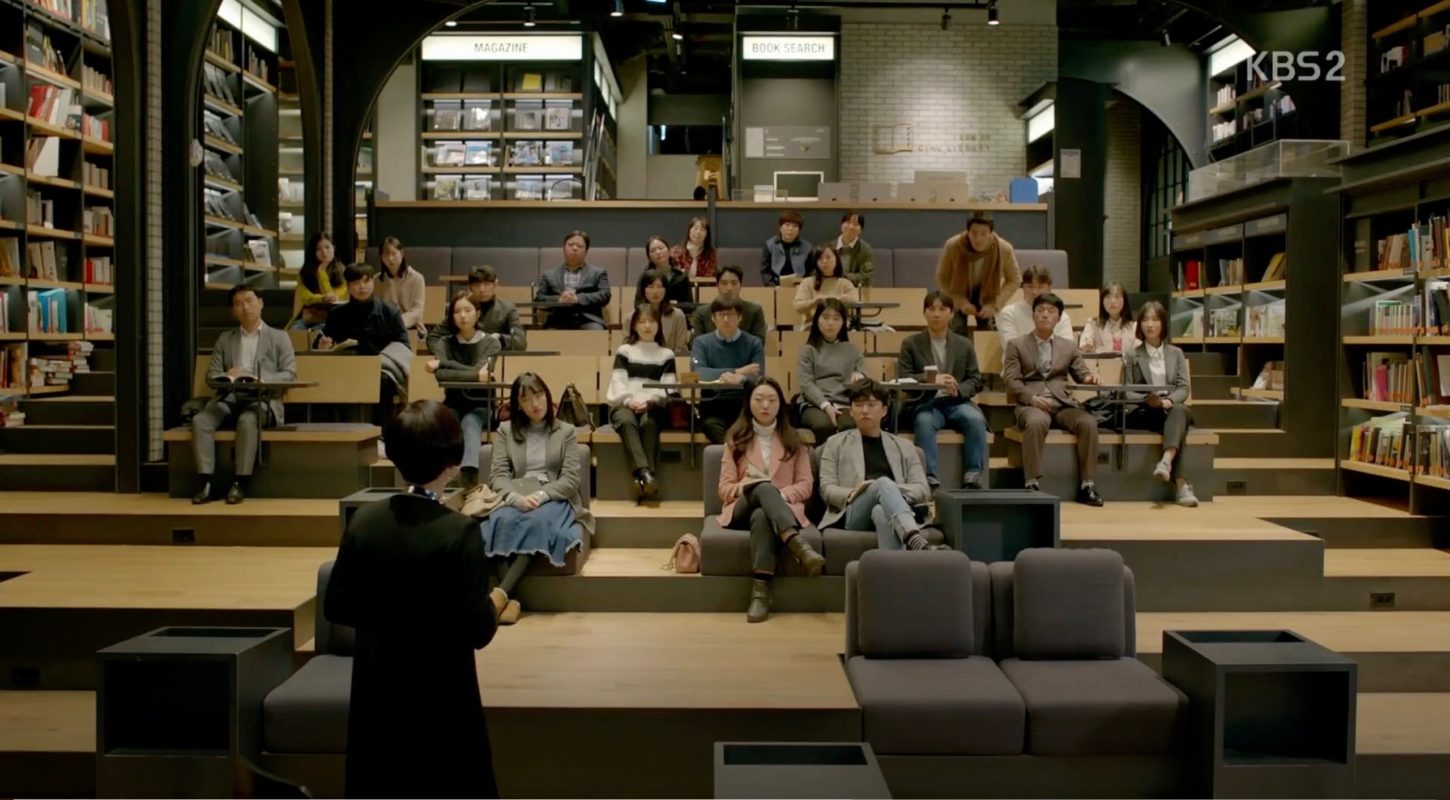 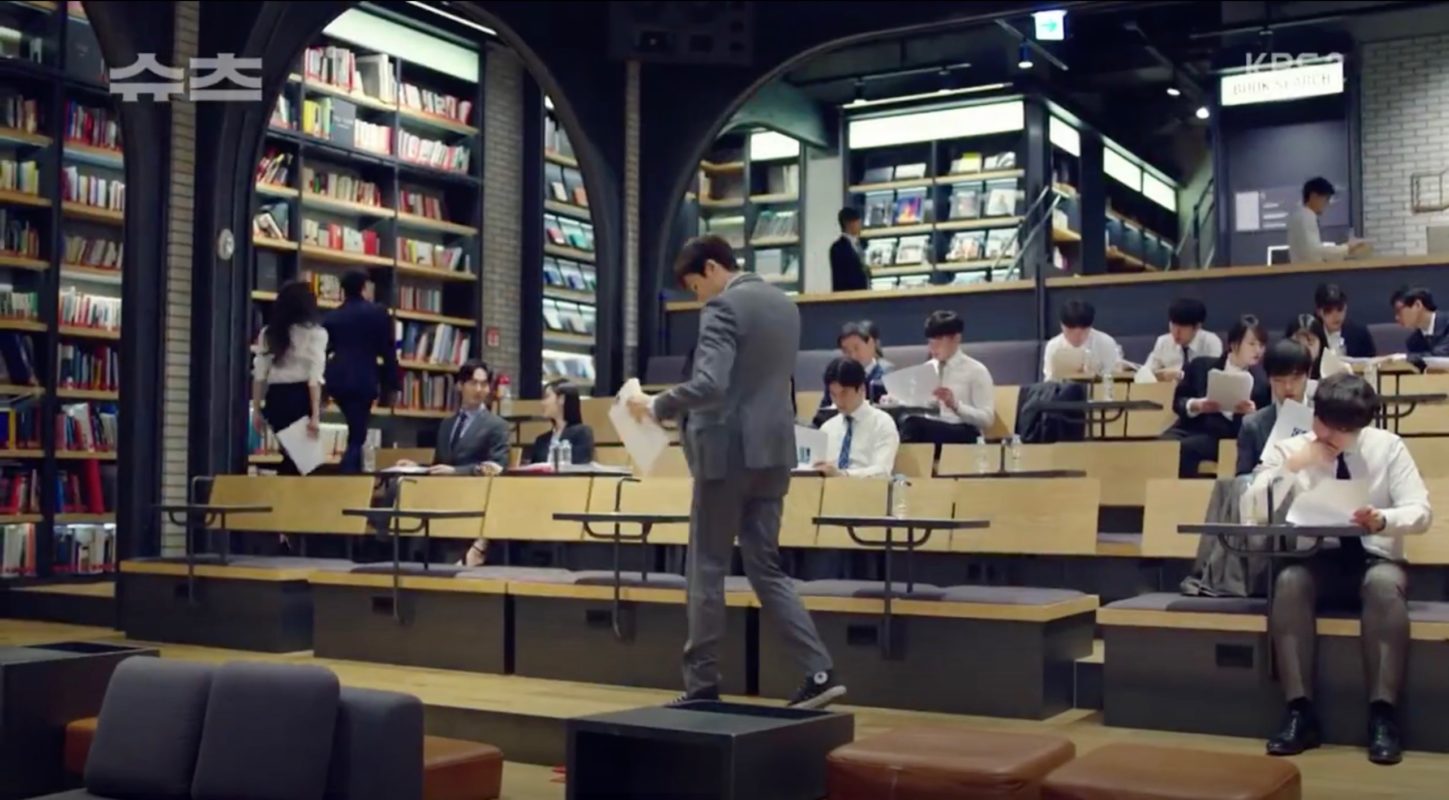 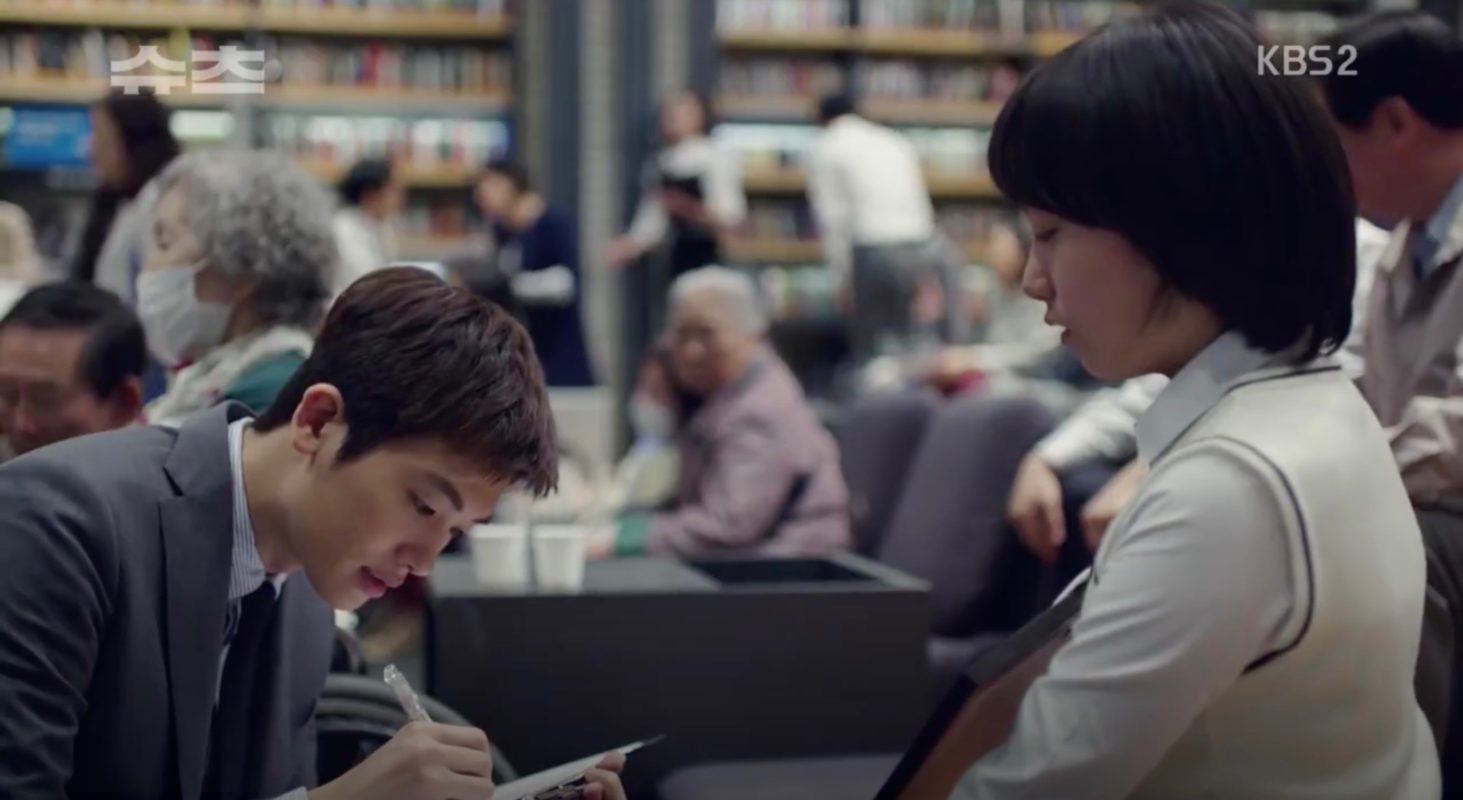 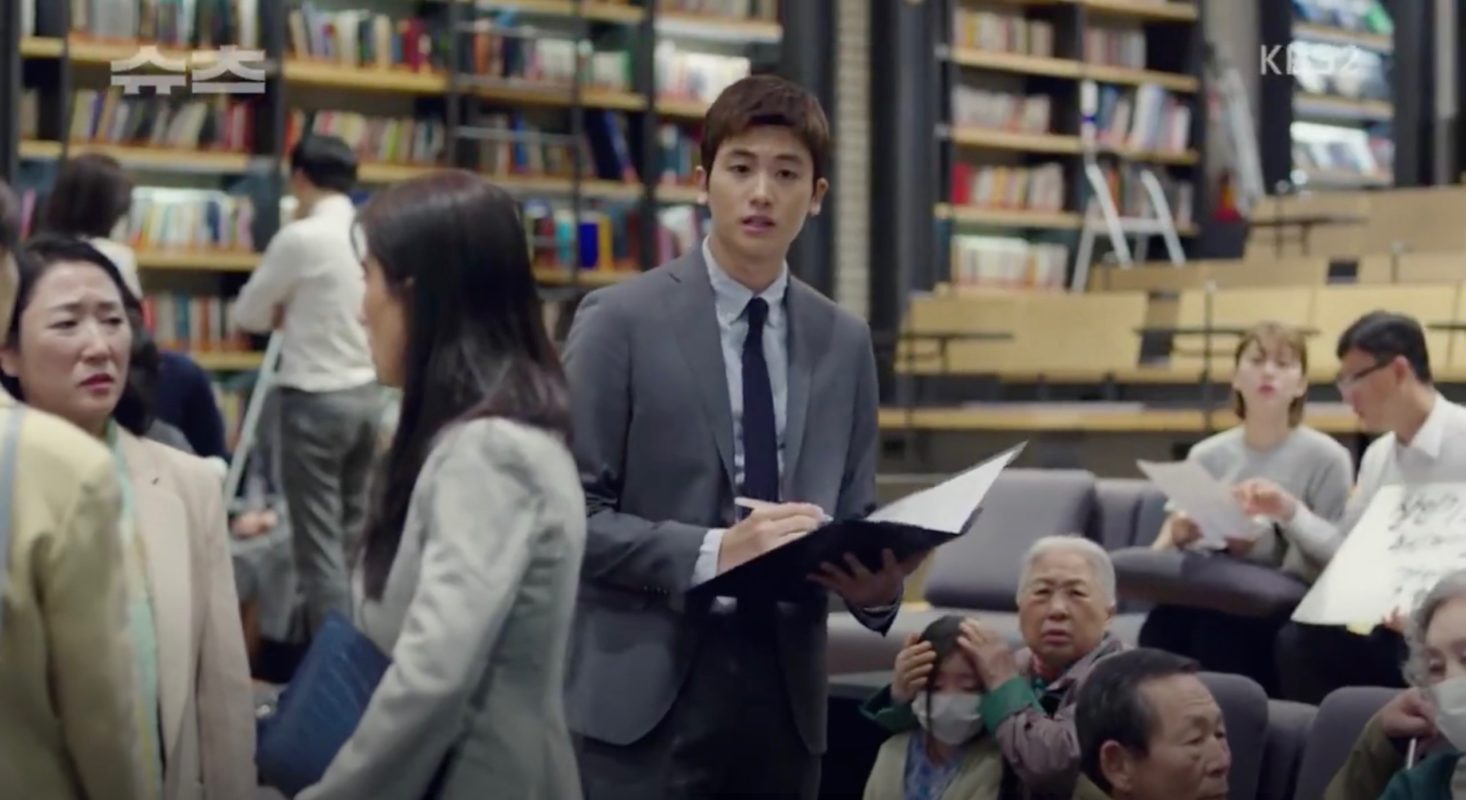 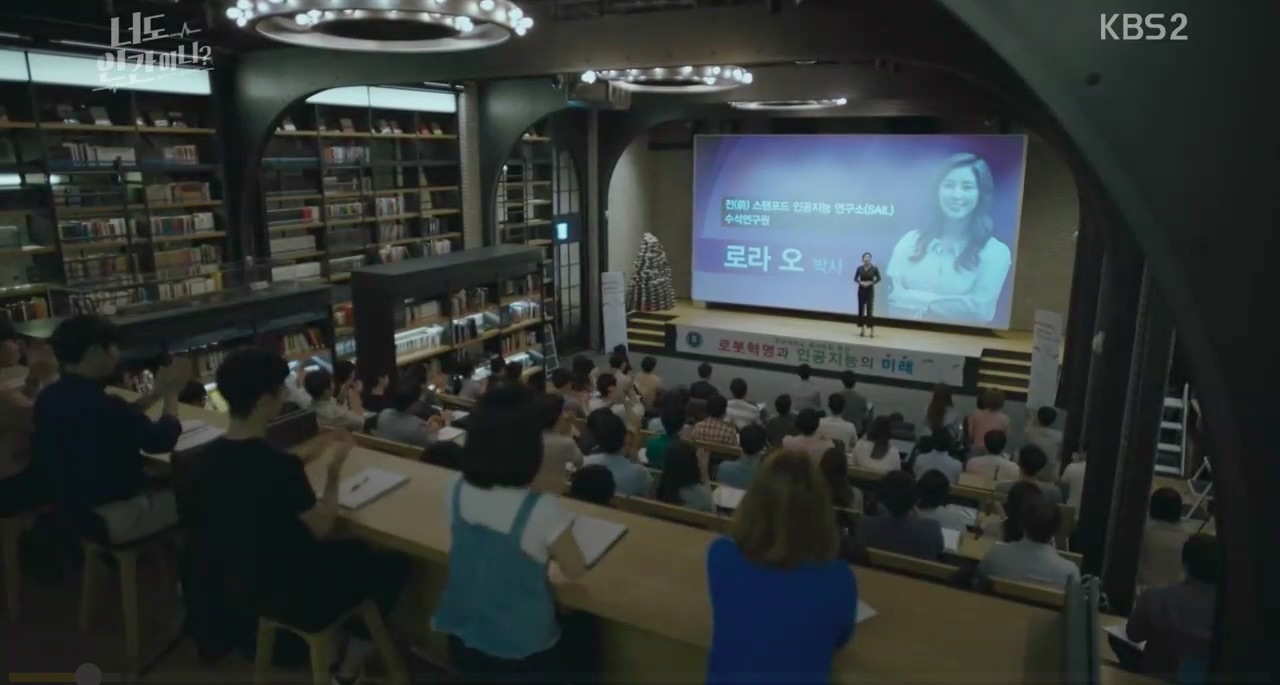 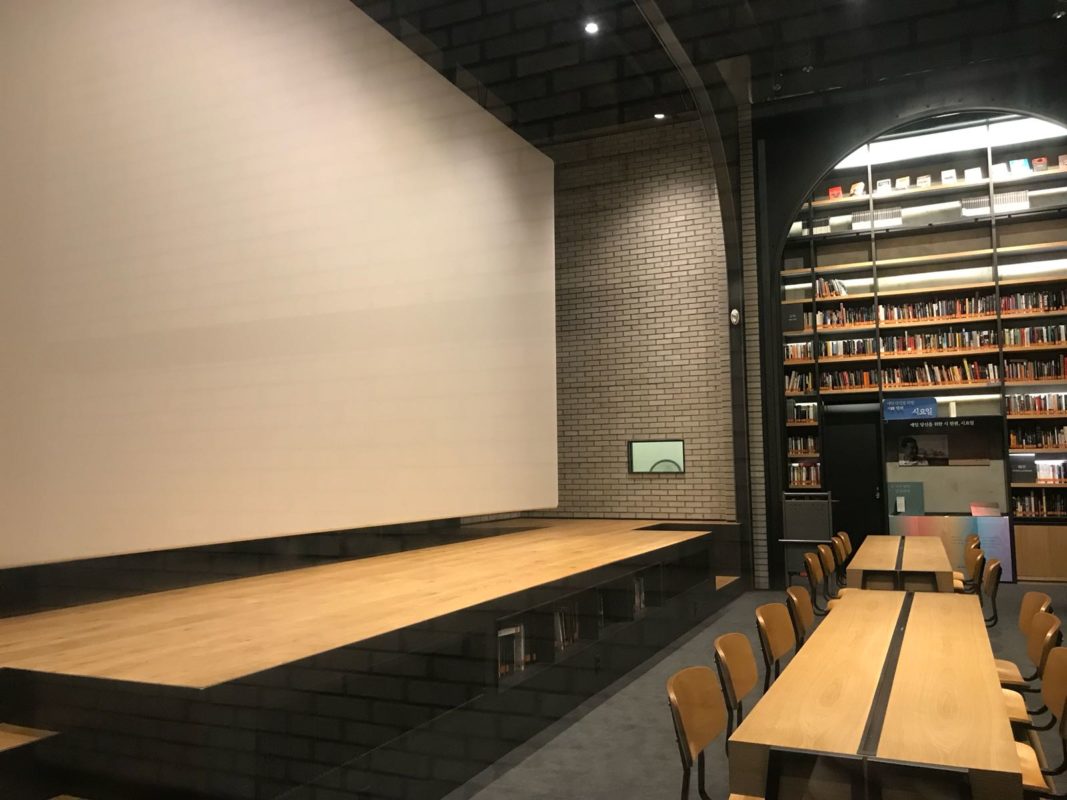 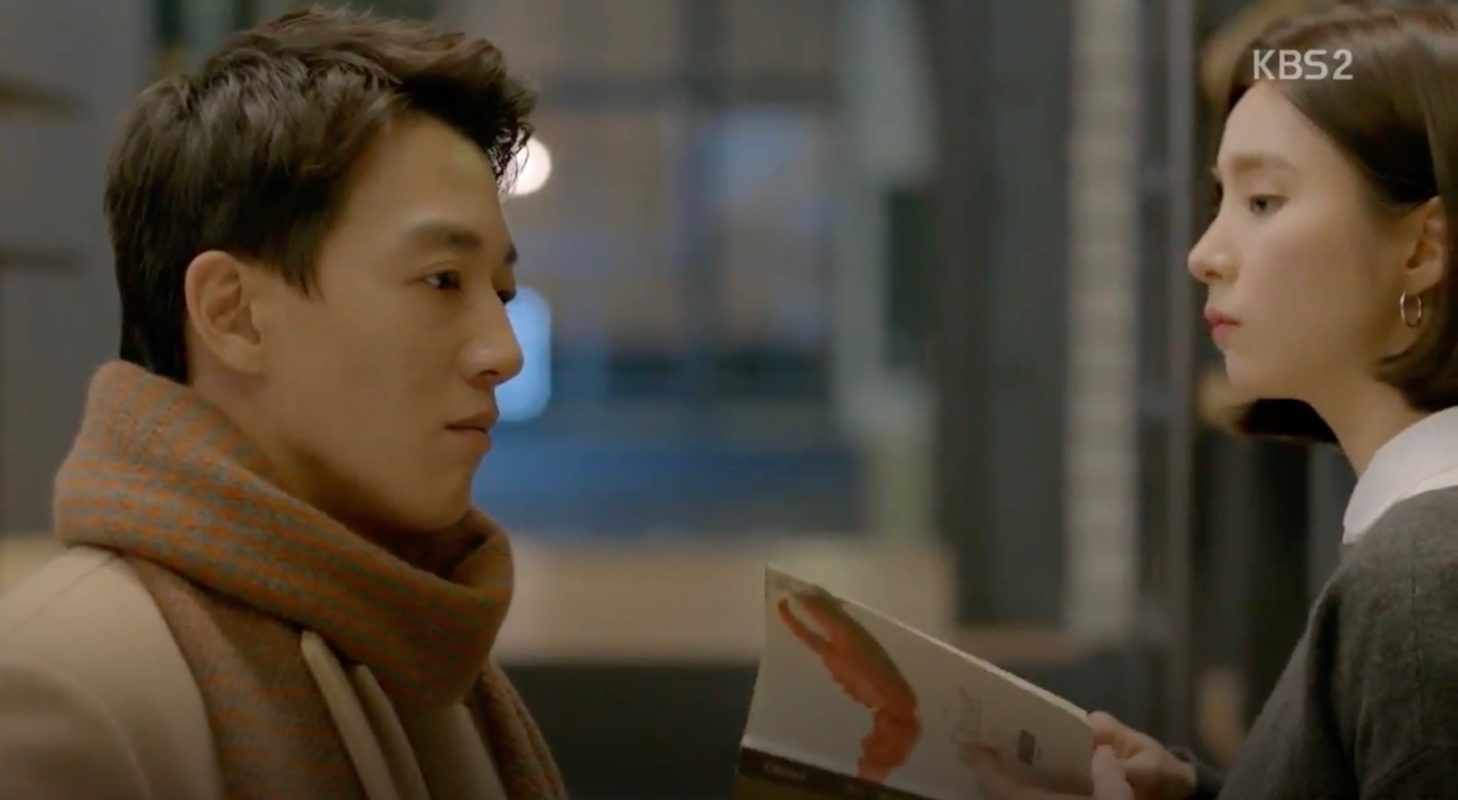 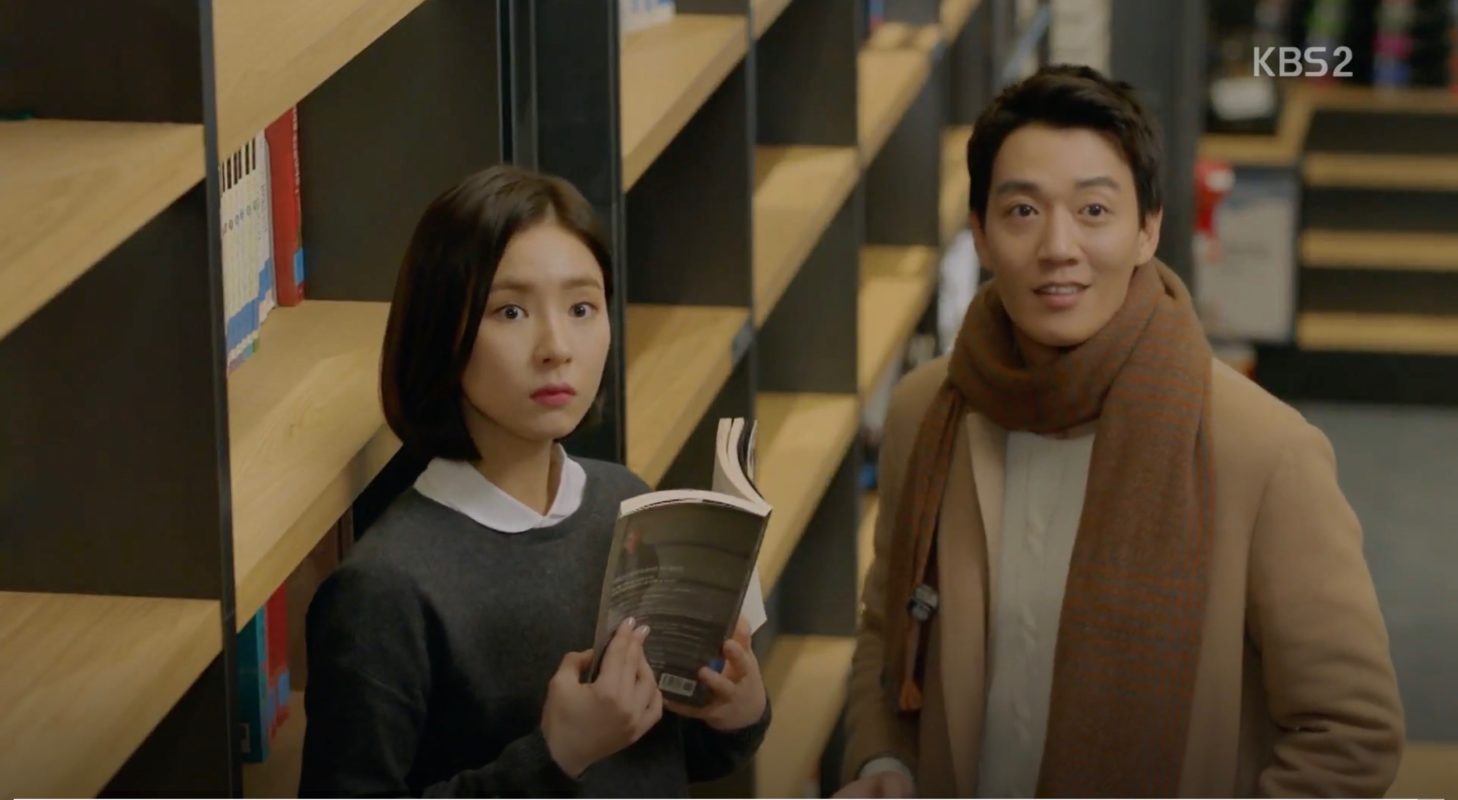 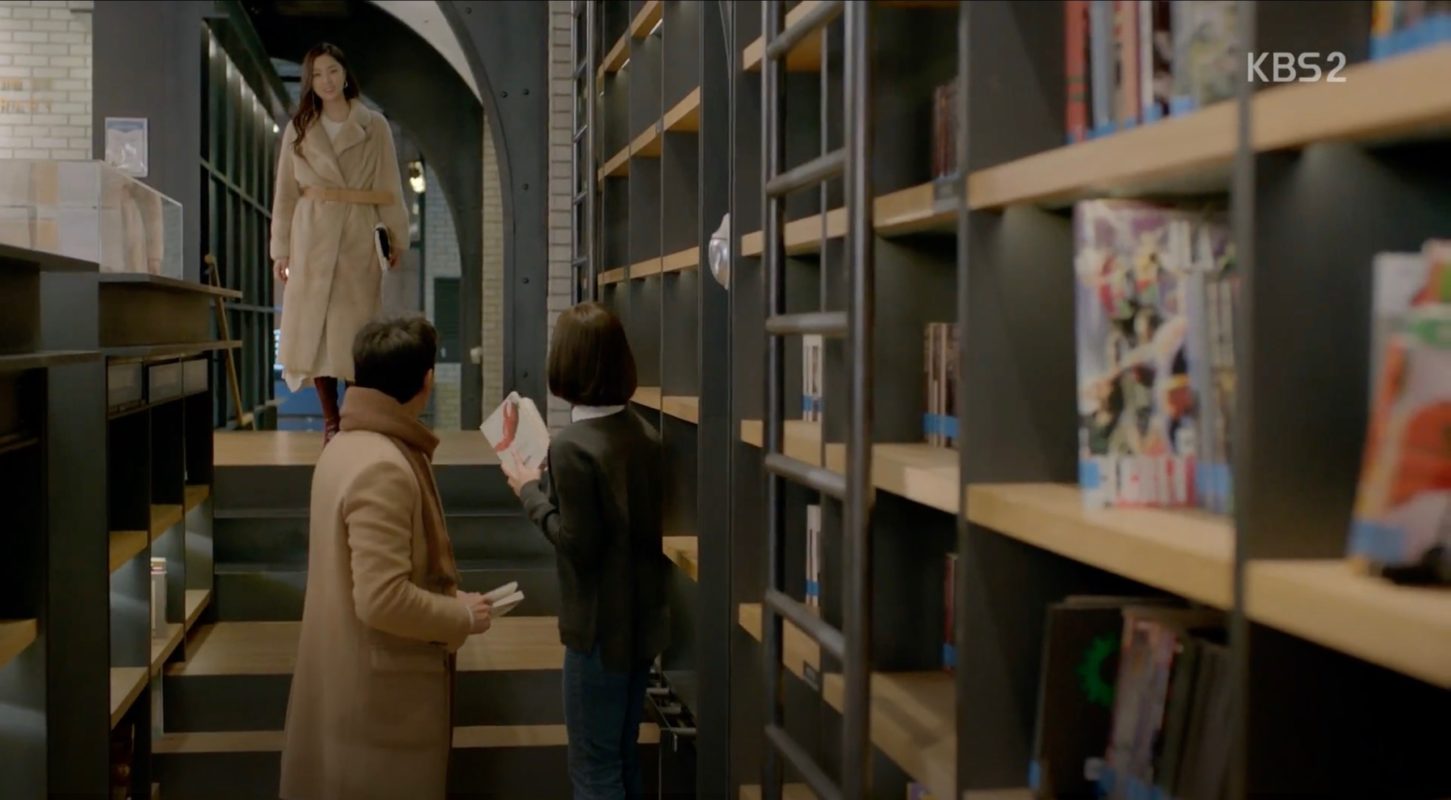 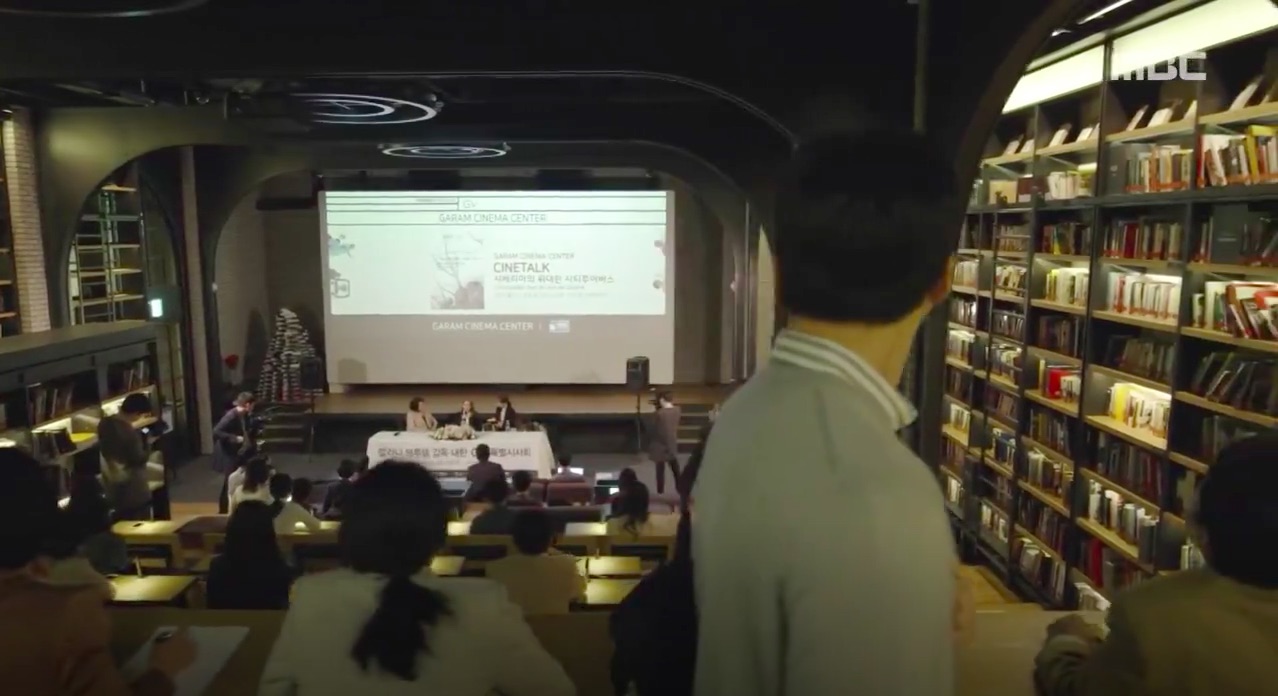 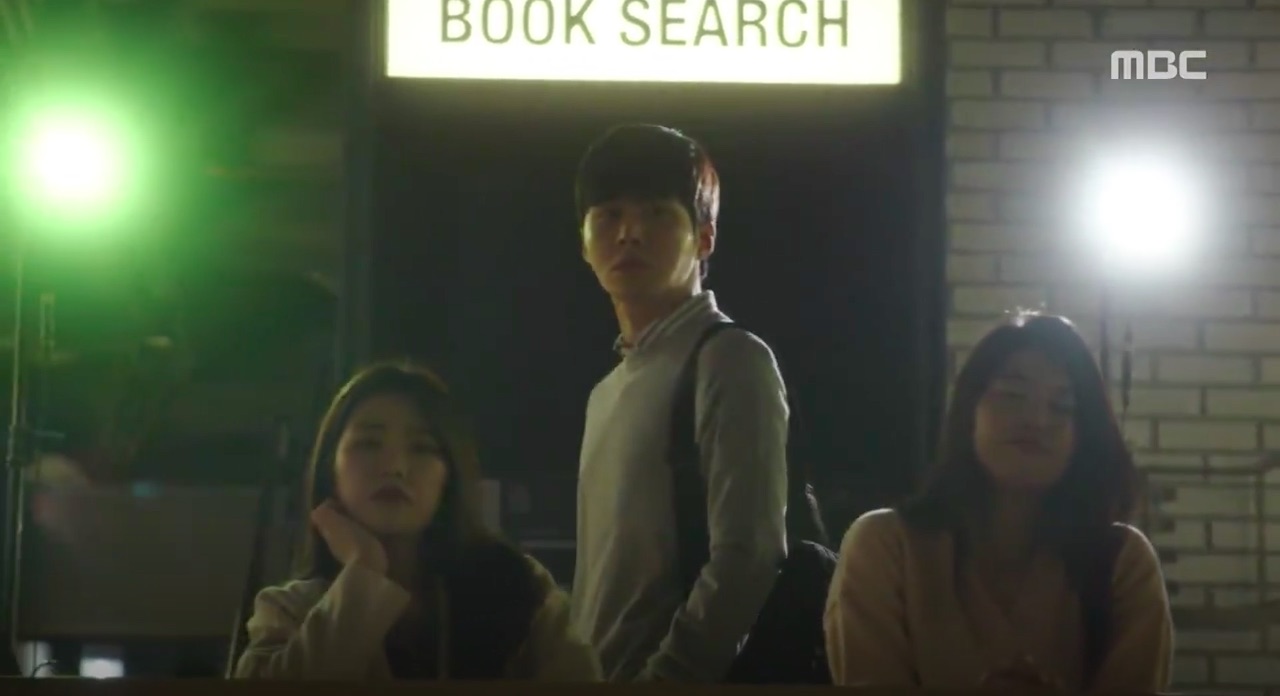 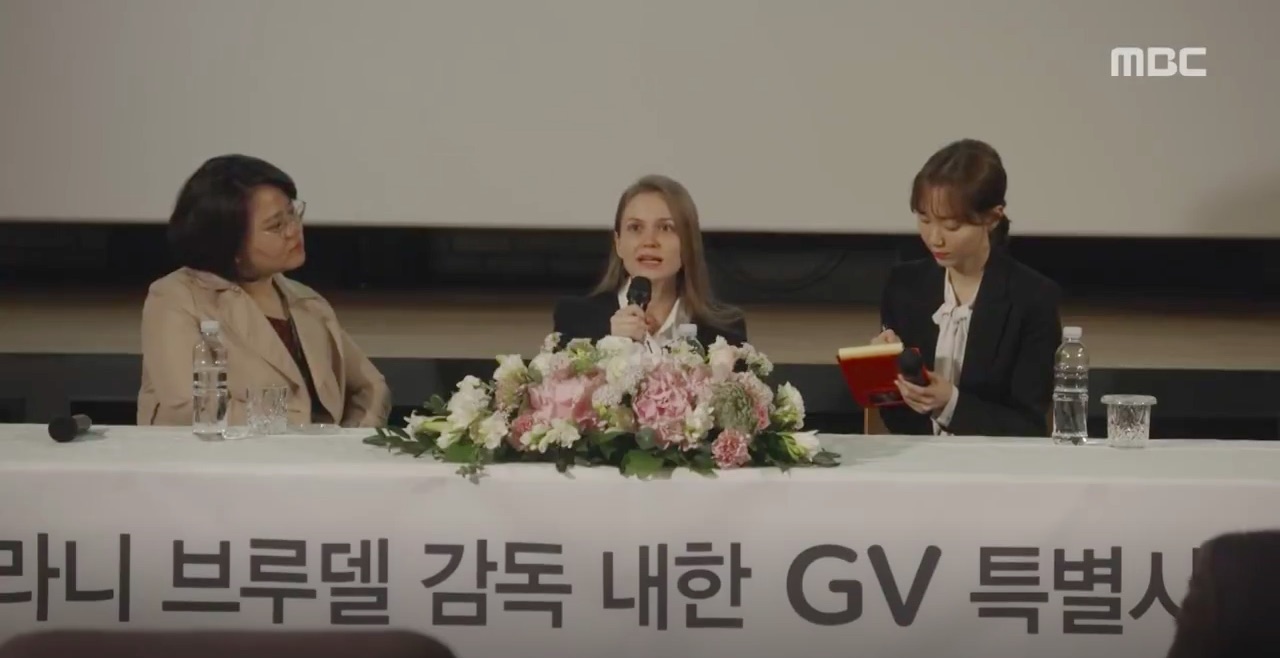 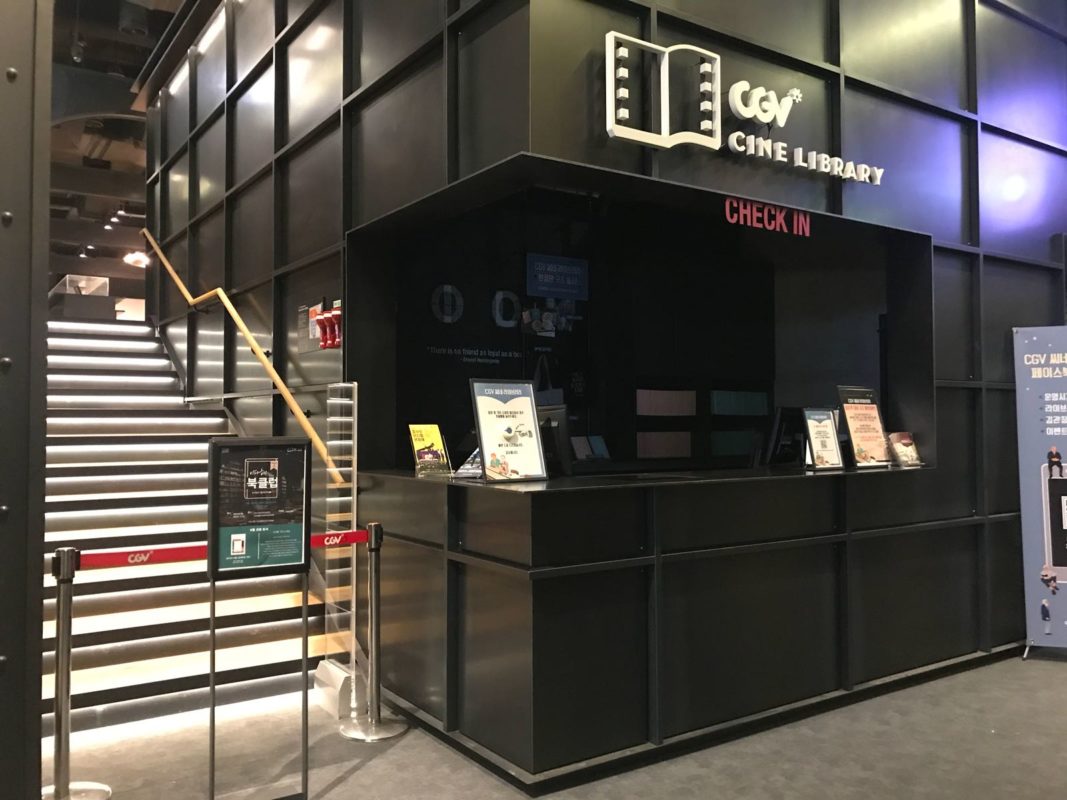 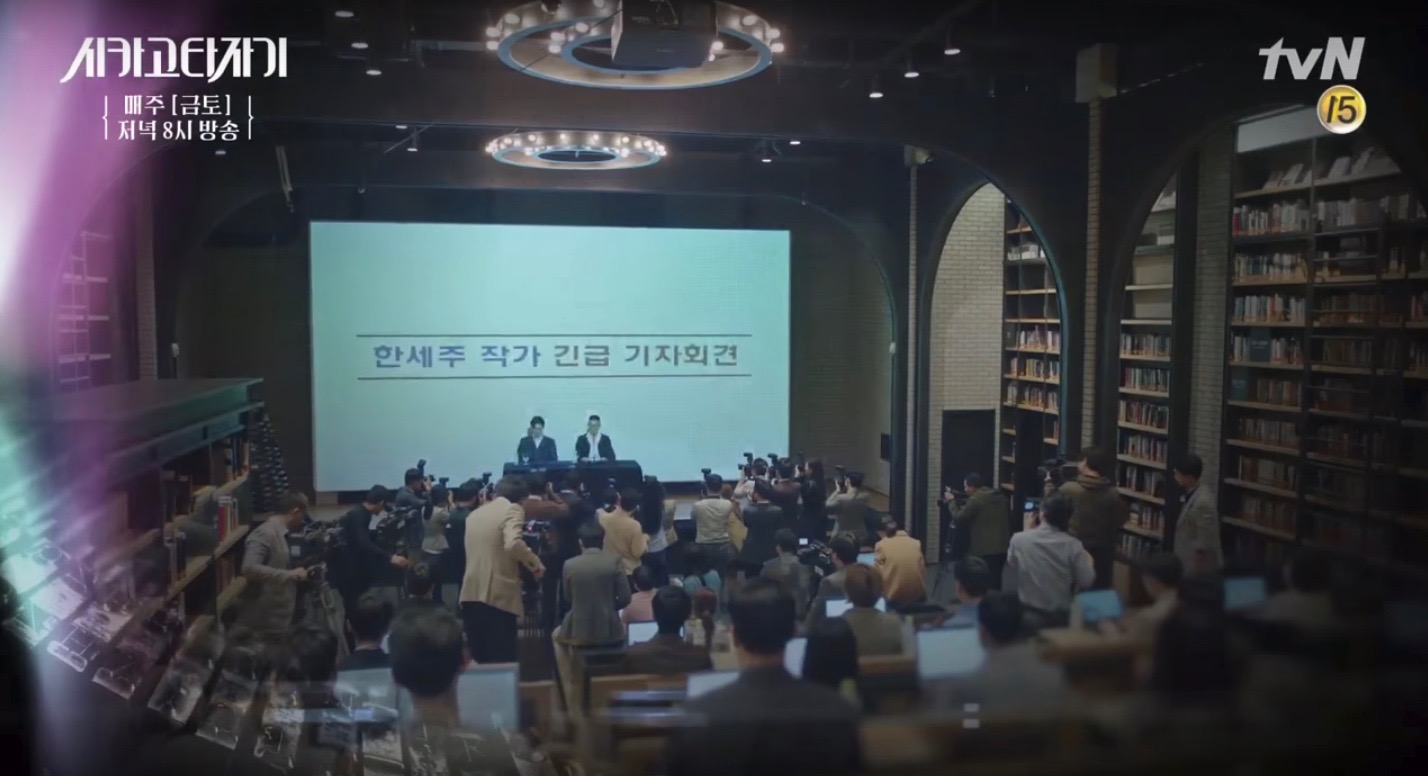 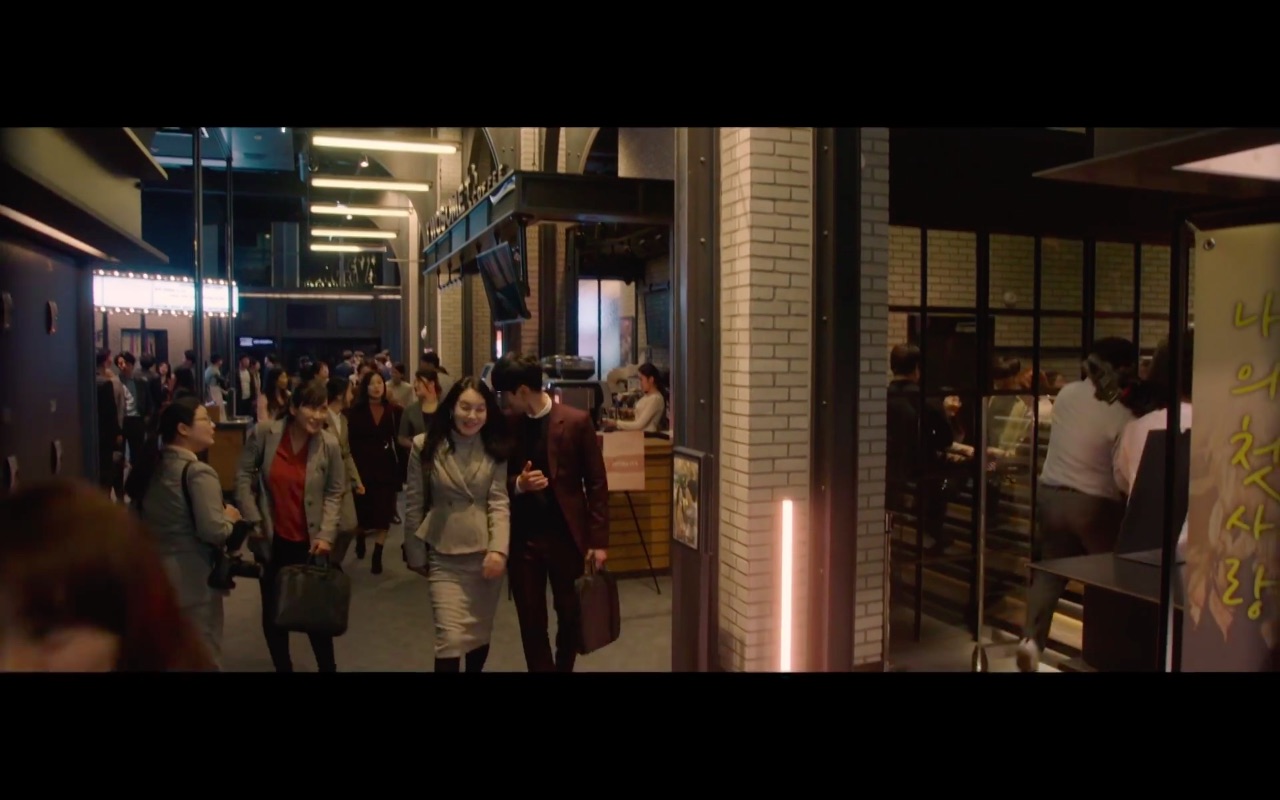 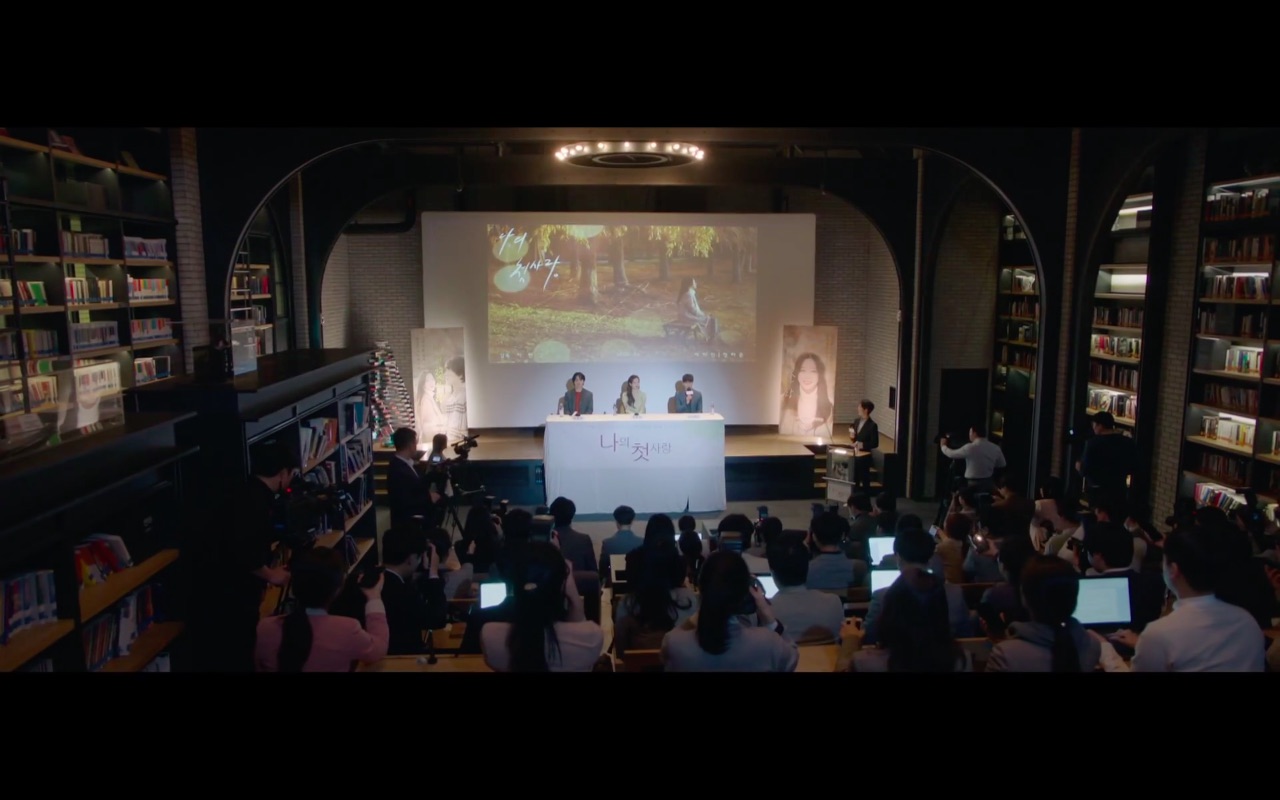 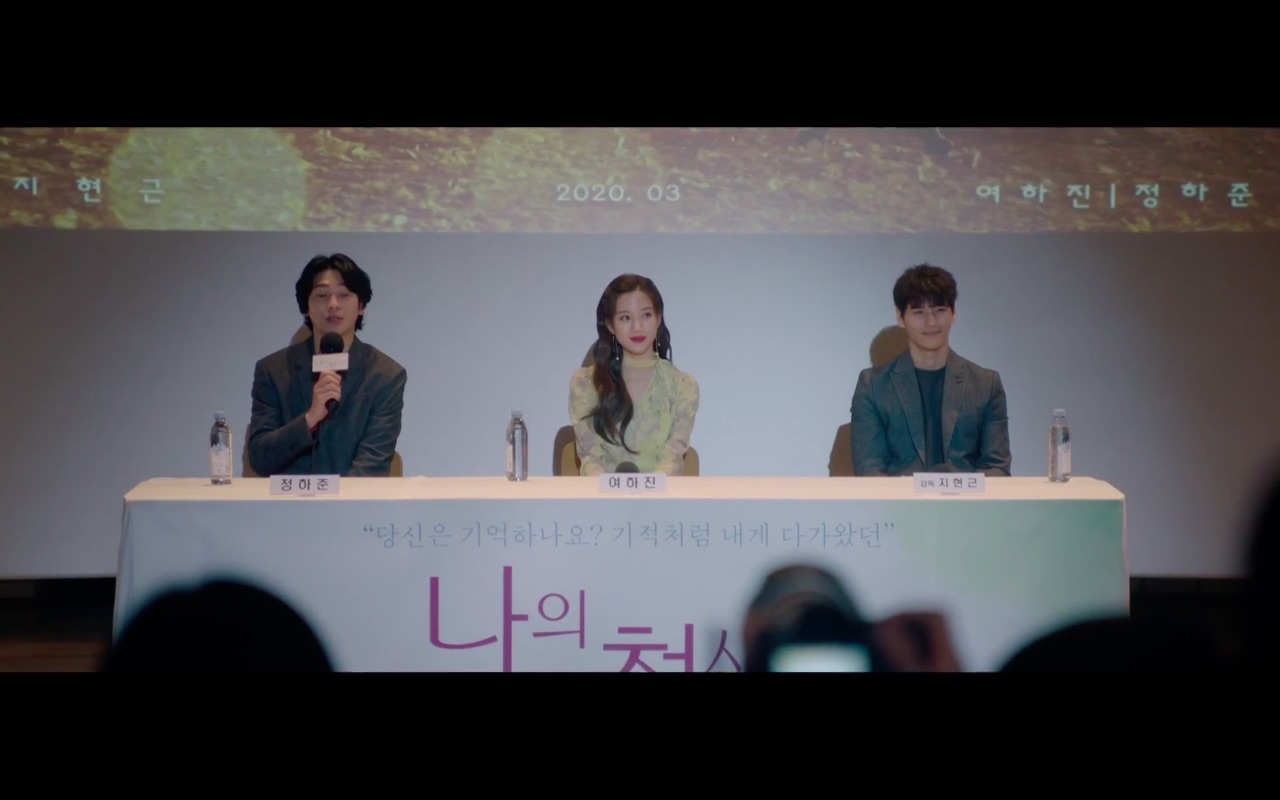 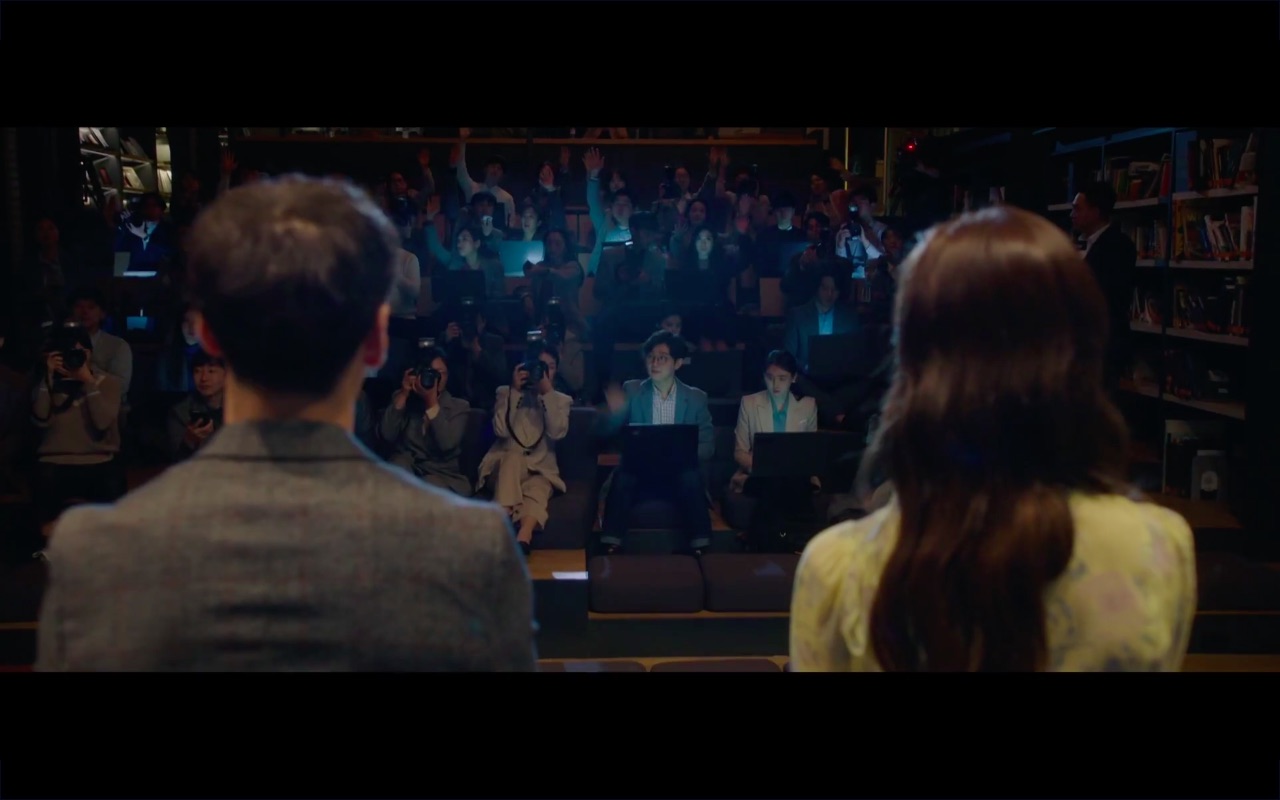 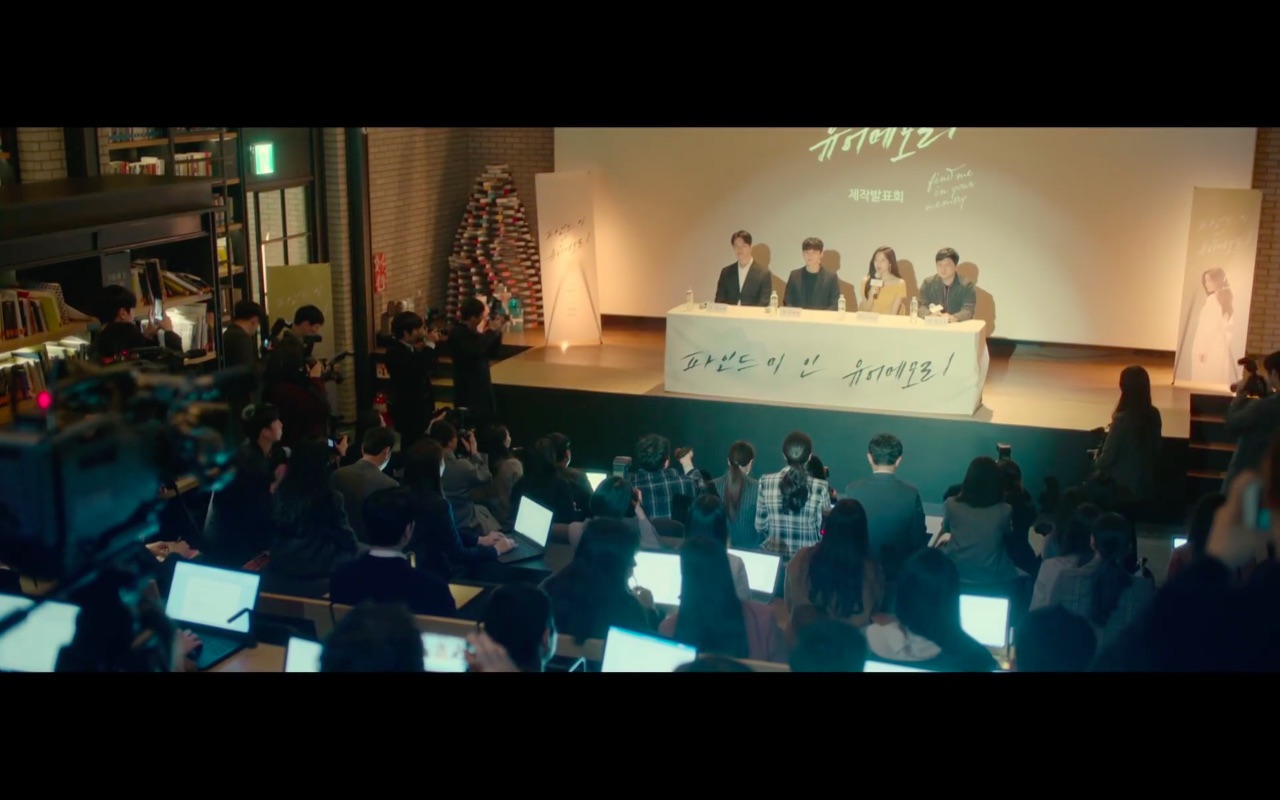 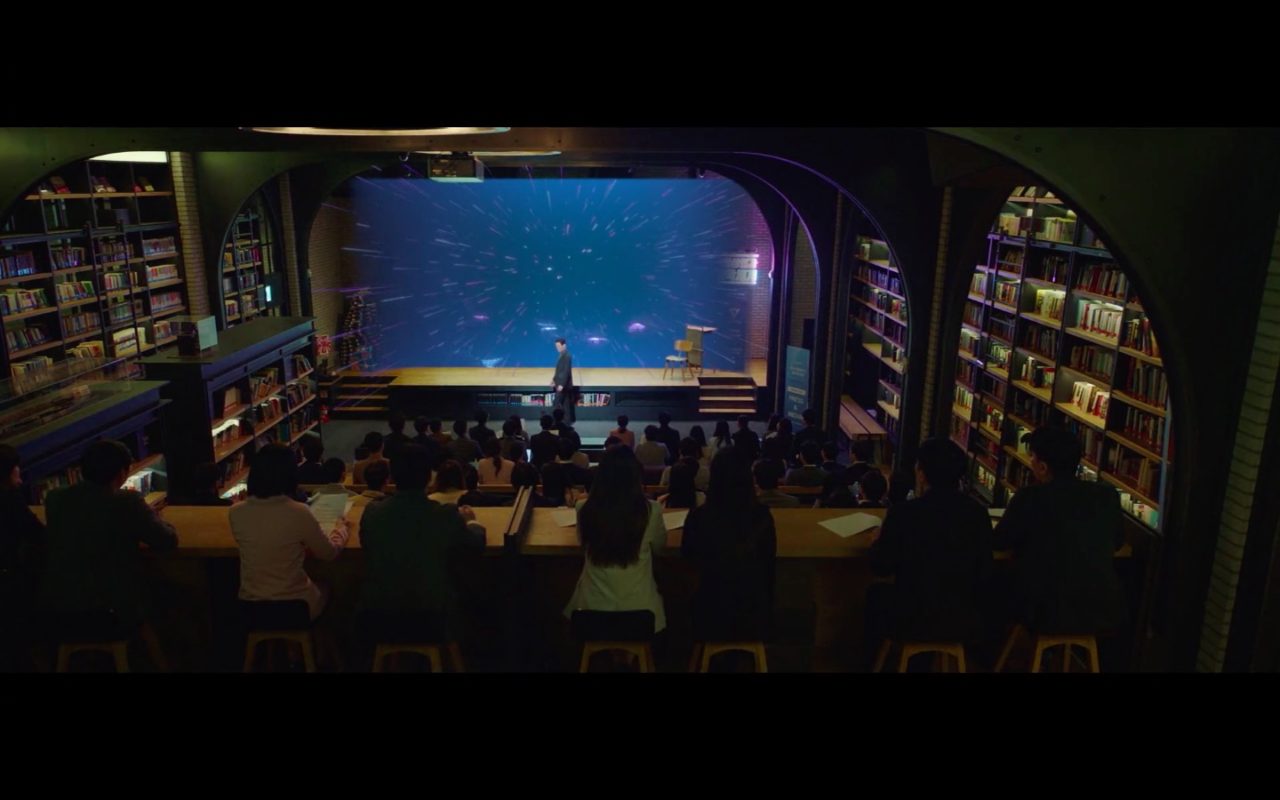 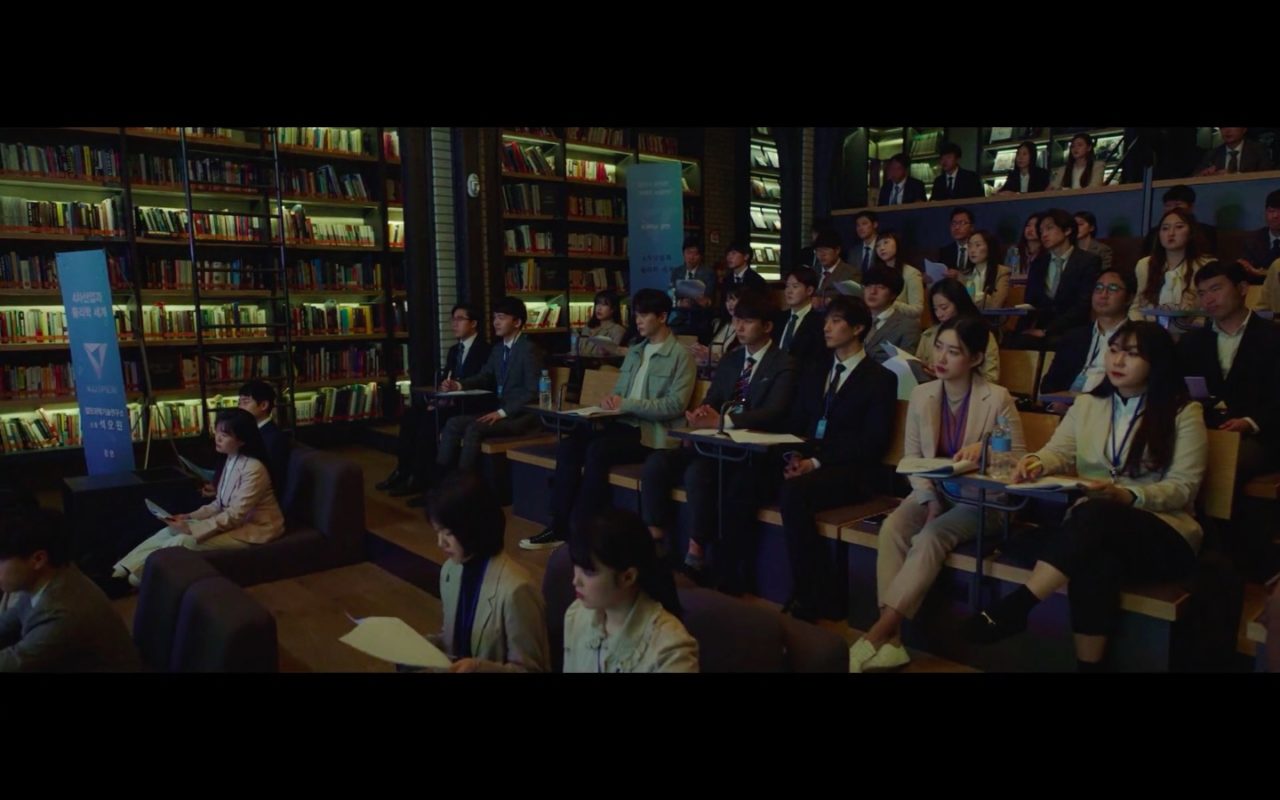 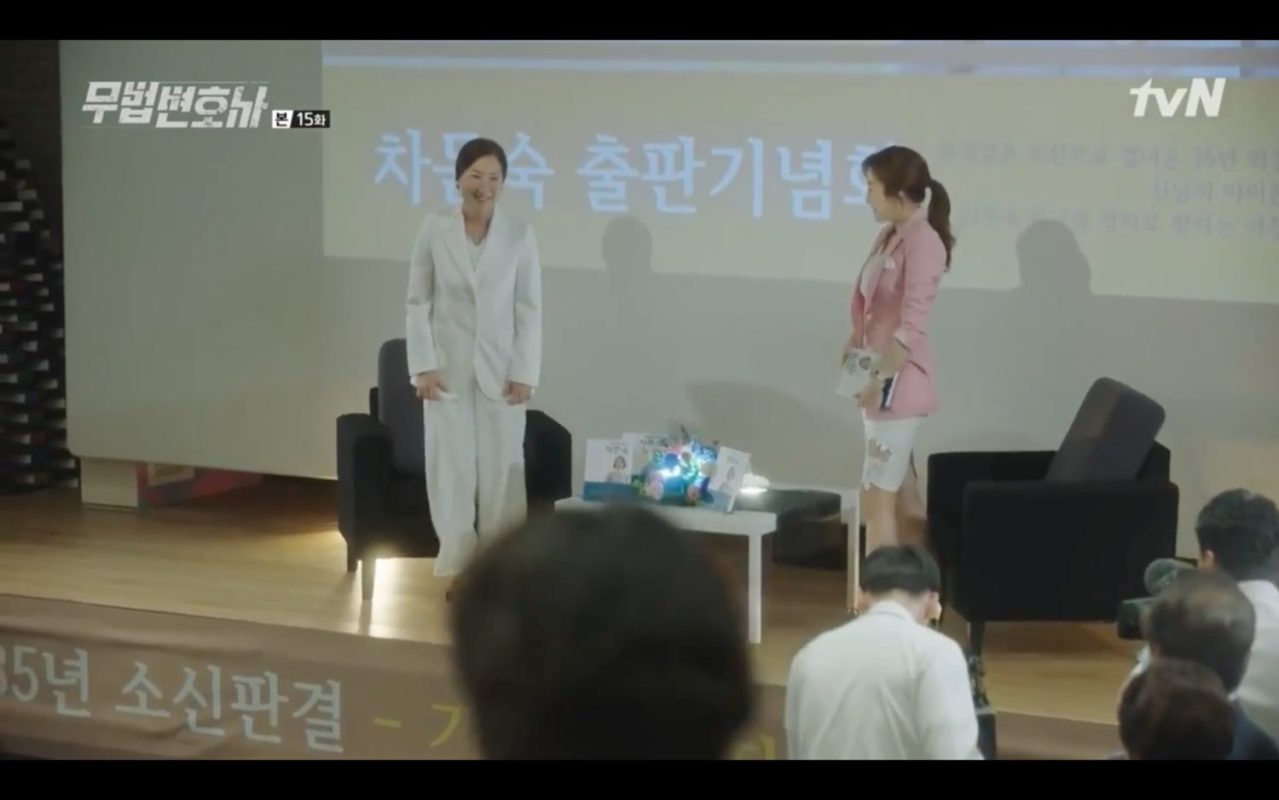 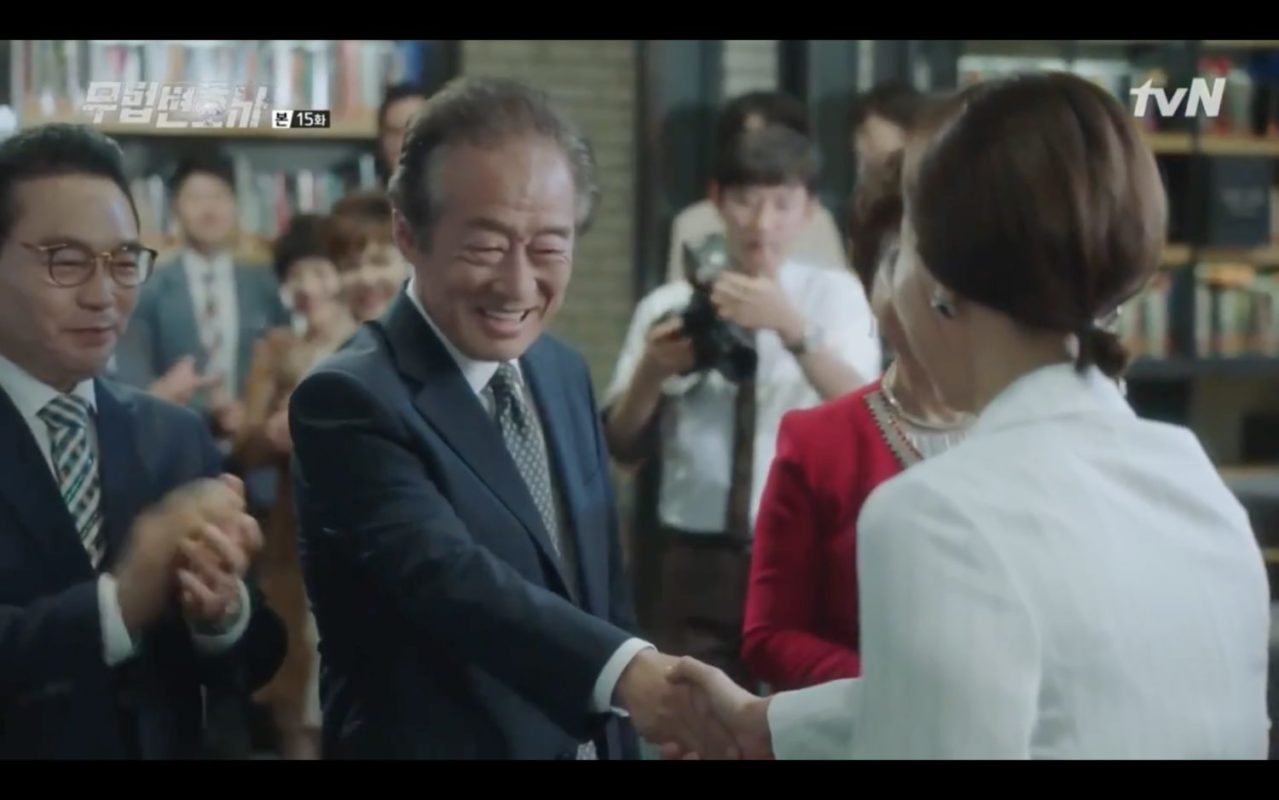 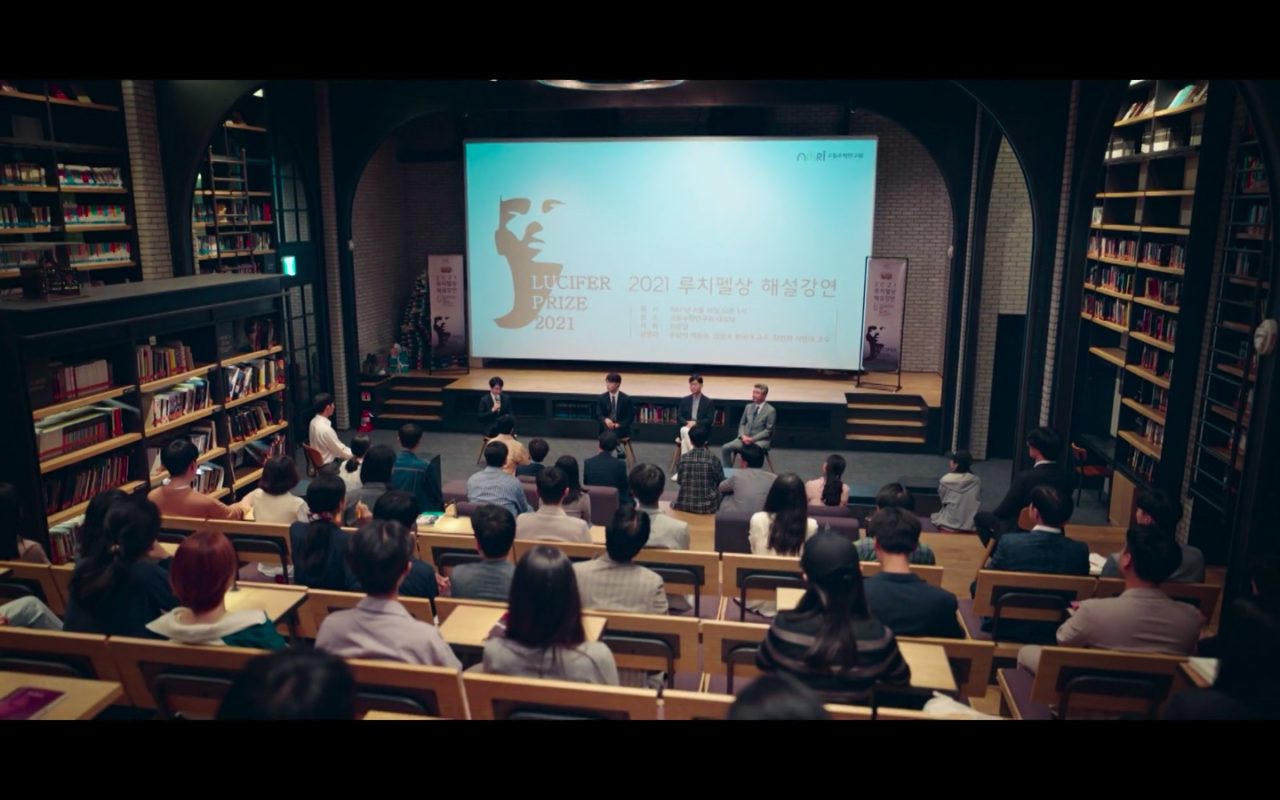 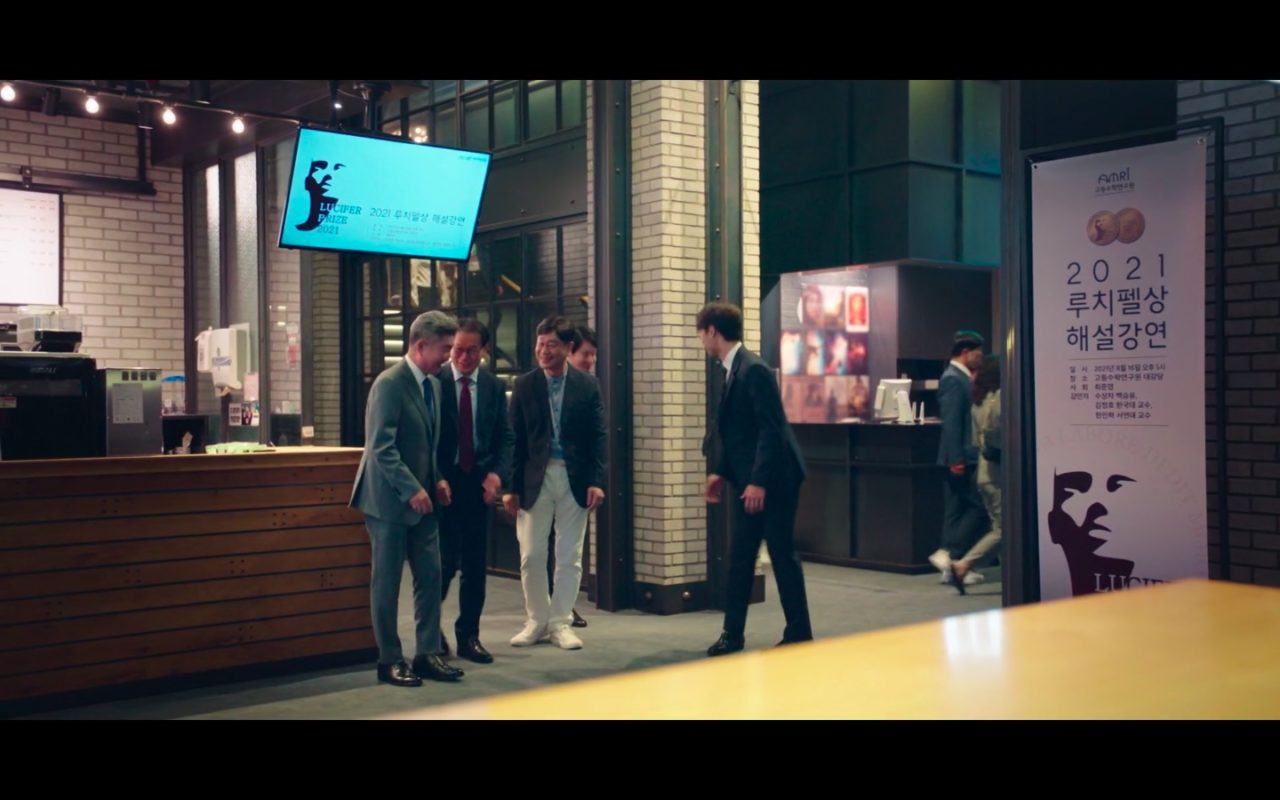 While at a press conference at this location, Gong Tae-sung (Kim Young-dae) is taken aback to see Eun Si-woo (Choi Ji-woo) coming down the stairs, in episode 11/12 of Sh**ting Stars/Shooting Stars (Byeolttongbyeol/별똥별) (tvN, 2022).

Baek Seung-yoo (Lee Do-hyun) attends a talk related his 2021 Lucifer Prize win in episode 7 of Melancholia (멜랑꼴리아) (tvN, 2021). During the Q&A session, he receives a question from someone with the nickname ‘Calculus’, and he mistakes her for Ji Yoon-su (Im Soo-jung).

At the Kuiper Institute of Advanced Science building, Seok O-won (Choi Won-young) gives a talk about the ‘Butterfly Effect” in this venue, with Park Jin-gyeom (Joo Won) in attendance, in episode 4 of Alice (Aelliseu/앨리스) (SBS, 2020).

The press conference that Yeo Ha-jin (Moon Ga-young) holds with her co-star and director for the movie ‘My First Love’ takes place at this venue in episode 6 (full episode 3) of Find Me in Your Memory (그 남자의 기억법) (MBC, 2020). In final episode 32 (full episode 16), Ha-jin returns here for the press conference of the movie ‘Find Me In Your Memory’, with Lee Jung-hoon (Kim Dong-wook) in the audience.

In episode 1 of Are You Human?/Are You Human Too (너도 인간이니?) (KBS2, 2018), scientist Oh Ro-ra (Kim Sung-ryoung) gives a talk at this venue about the future of Artificial Intelligence. Partway through, she’s interrupted by her 7-year-old son, Nam Shin (Oh Han-kyul).

Kim Rae-wan (Kim Seon-ho) comes to watch Han Eun-seong (Lee Yoo-young) translate for a French director at this venue in episode 4 of You Drive Me Crazy! (미치겠다, 너땜에!) (MBC, 2018). He sketches her as he watches her. Later, he tries to approach her but he overhears her on the phone with Hee-nam (Sung-joo from UNIQ).

This appears as a venue that is part of law firm Kang & Ham in Suits (슈츠) (KBS2, 2018). It is where Go Yeon-woo (Park Hyung-sik) has his mock trials in episodes 5 and 6, where Ham Ki-taek (Kim Young-ho) announces that he has reintegrated the company in episodes 11-12 and where the wok trial against Choi Kang-seok (Jang Dong-gun) takes place in episode 14.

This is the place where Han Se-joo’s (Yoo Ah-in) press conference was held in episode 5 of Chicago Typewriter (시카고 타자기) (tvN, 2017).

CGV Myeongdong Station Cine Library [CGV 명동역 씨네라이브러리], opened in 2015, is a renovated theater that serves as a library that is specialized in films. It is located in the Hi Harriet Building [하이해리엇] in Seoul’s neighborhood Myeong [Myeong-dong/명동] in the Jung District [Jung-gu/중구].

Getting here
Myeongdong Station [명동역], Seoul Subway Line 4, Exit 4
▶ Head into the CGV building opposite this exit, go up the lift – and you’re right there!
▶ Note: This venue may not always be open to the public.