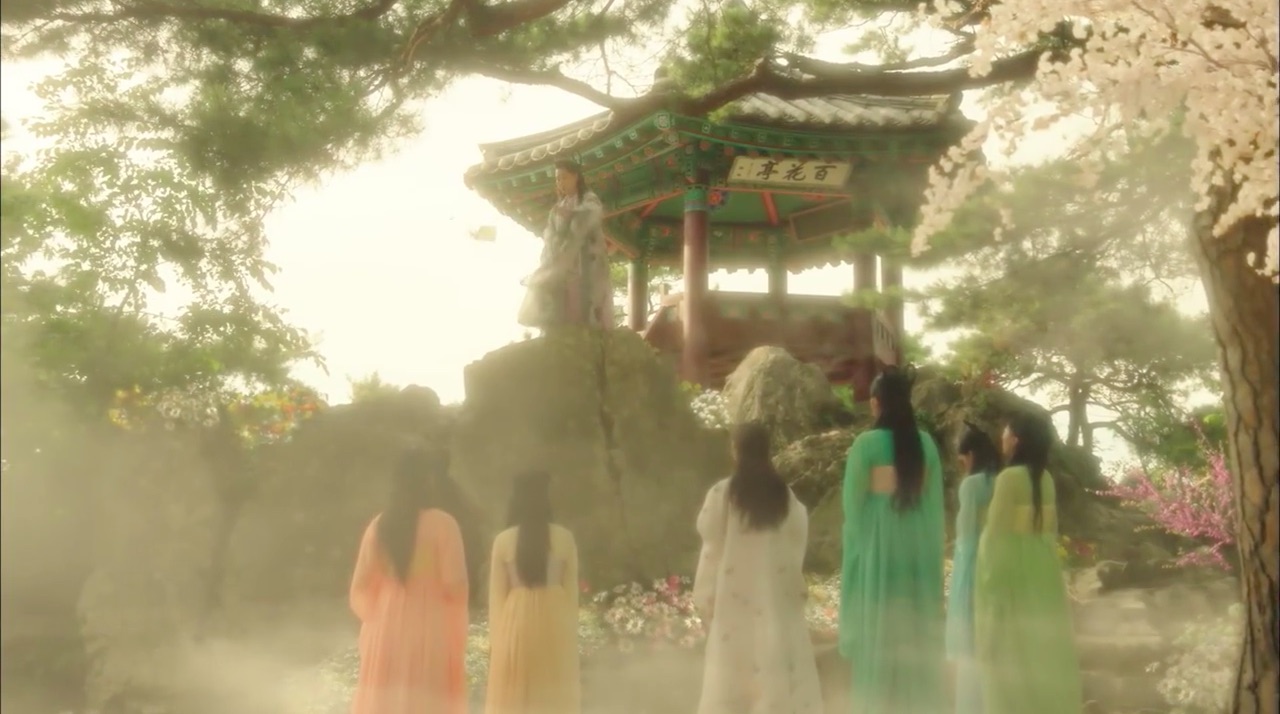 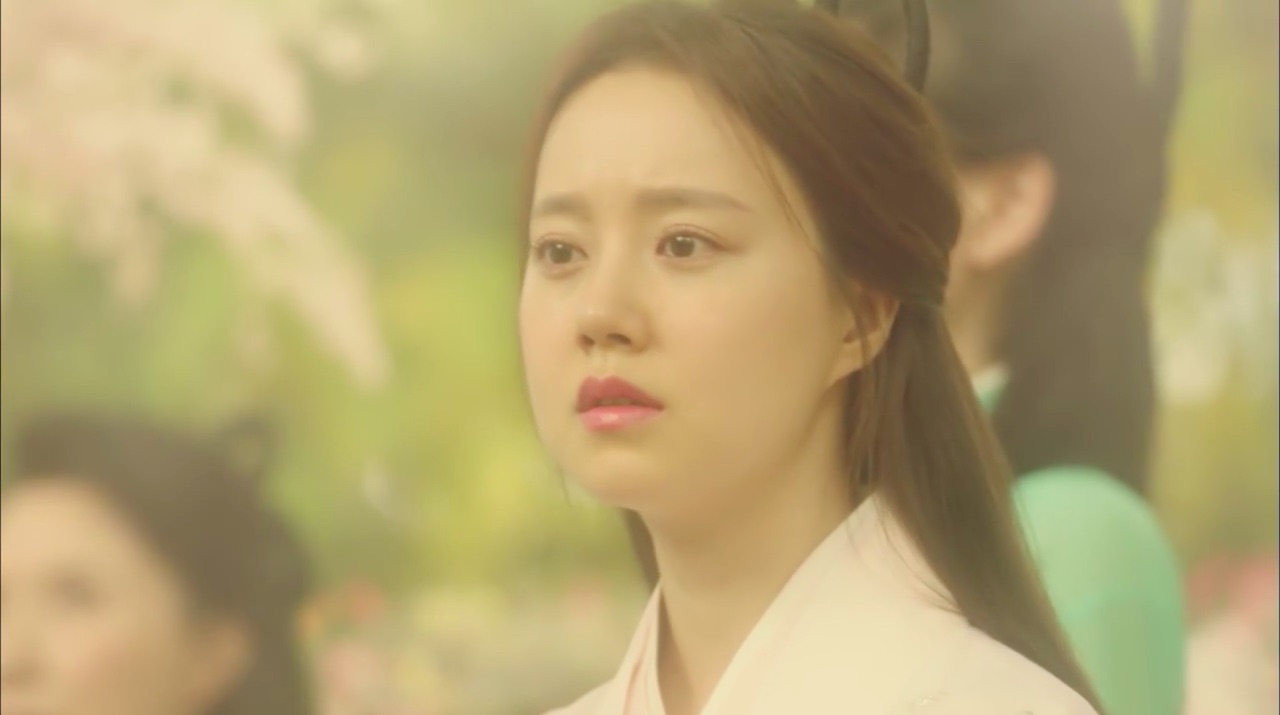 This pavilion appears in episode 4 of Mama Fairy and the Woodcutter/Gyeryong Fairy Tale/Tale of Fairy (계룡선녀전) (tvN, 2018), when the head fairy announces the passing of one of the fairies.

Busosanseong Fortress/Busosanseong [부소산성] was established and constructed during the Baekje Period in Buyeo around the 6th century – when Buyeo was Korea’s capital. It sits on top of the mountain Buso (Busosan) and served as a defense fortress and also as a garden for the royal palace, which was located at the foot of the mountain.

Baekhwajeong Pavilion [백화정] — which was built in 1929 and is part of the fortress — sits atop Nakhwaam Rock (낙화암). Legend has it that after the fall of the Baekje Kingdom, women threw themselves off this rock cliffs to protect themselves from being violated by men from other kingdoms. A group of poets built the temple to pay homage to these women and also engraved the poem “Nakhwaam” by Song Si-yeol (1607-1689) there.

The fortress has been a UNESCO World Heritage site since 2015, and was designated as Historic Site no. 5 in 1963 — this means it is considered the 5th most important culturally significant place in South Korea. In 2019, the Ministry of Culture, Sports and Tourism —announced through the Korea Tourism Organization (KTO)— selected this site as one of the ‘100 Must-Visit Spots in Korea’ for 2019-2020. In 2021, it was again selected to figure among the Top 100 Must-Visit locations for the years 2021-22.

The fortress is located in the Buyeo Township [Buyeo-eup/부여읍] in Buyeo County [Buyeo-gun/부여군], Chungcheongnam-do. It is around 20 minutes by public transport away from the Gungnamji Pond [궁남지]. Also, Chilji Park [칠지공원] can likely be seen from the Baekhwajeong Pavilion, as it lies just vis-à-vis on the other side of Baekma River.