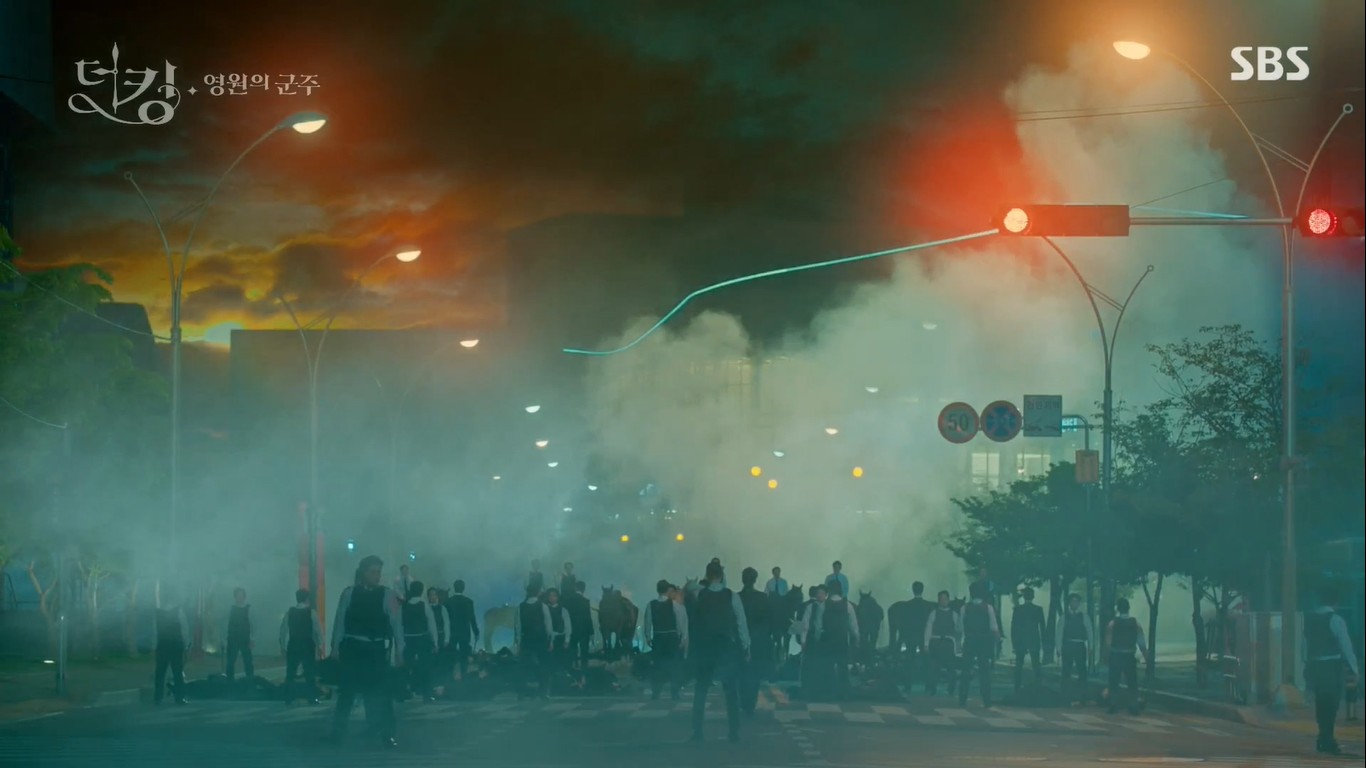 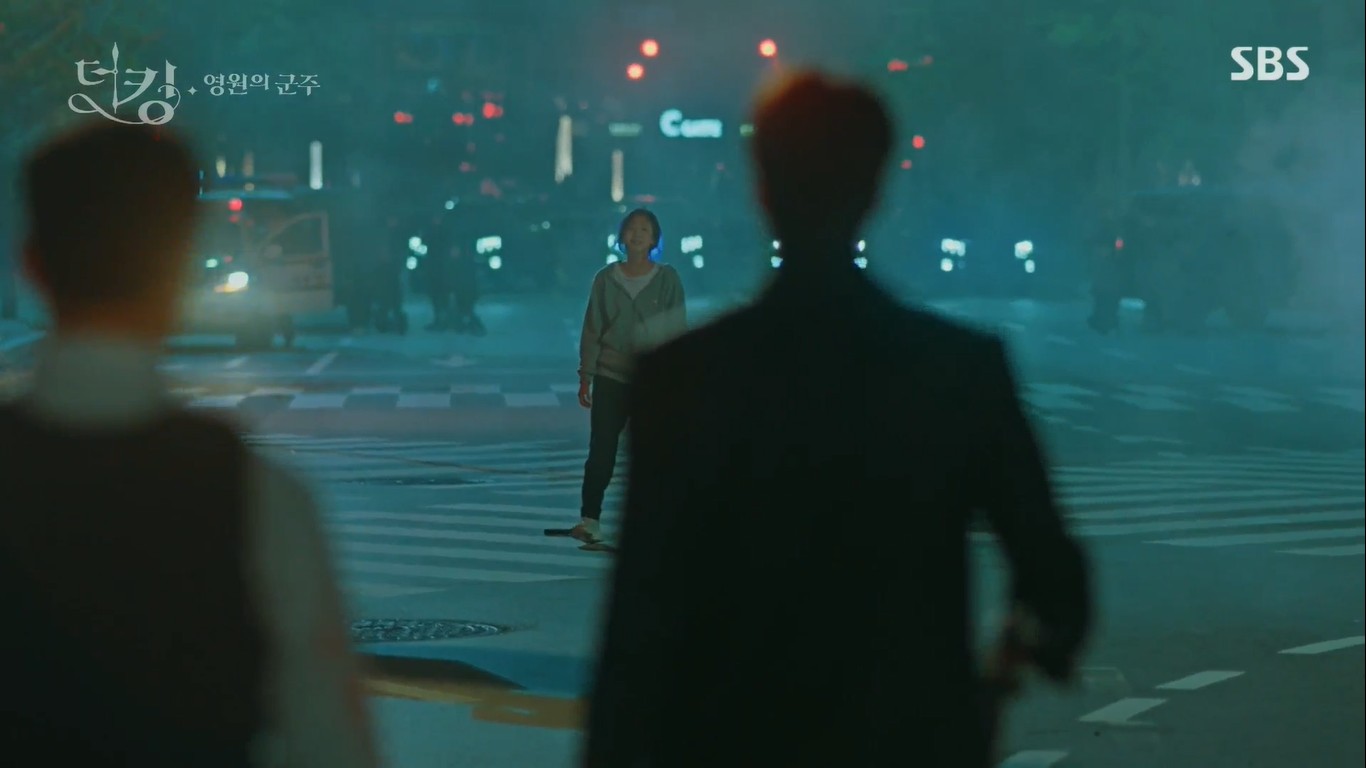 King Lee Gon (Lee Min-ho) of the Kingdom of Corea, together with his mounted personal guards and SWAT team, fight the henchmen of the traitor Lee Lim in the street outside the Cinema Centre, to save Jeong Tae-eul (Kim Go-eun) in episodes 11-12 of The King: Eternal Monarch (더킹:영원의 군주) (SBS, 2020). Tae-eul had been kidnapped by Lee Lim’s men, but escaped and was located here by the police using CCTV. Tae-eul is reunited with the King in the intersection between the Cinema complex and the Shinsegae Department Store.
[NOTE] The fight is rather over the top, with the King’s men fighting with swords and the bad guys armed with lengths of wood!

The Busan Cinema Center [영화의전당] — also known as ‘Dureraum’ — serves among other purposes as the venue of the Busan International Film Festival (BIFF) (부산국제영화제), where its opening and closing ceremonies take place.

The complex, which was opened on September 29 2011, consists of three buildings (Cine Mountain, Biff Hill, and Double Cone) as well as an outdoor theater and houses –next to theaters and cinemas– also a conference center, offices, production studios, and restaurants. It was designed by Austria-based architectural studio Coop Himmelb(l)au. The building earned a Guinness World Records mention for having the longest cantilever roof — quite fitting for a project that had “the theme of the roof as an architectural element”, according to its architectural firm.

The complex is located in Centum City in Busan’s neighborhood U [U-dong/우동] in the Haeundae District [Haeundae-gu/해운대구]. It sits in walking distance to/from Im Kwon Taek Film Museum of Dongseo University [임권택영화박물관].