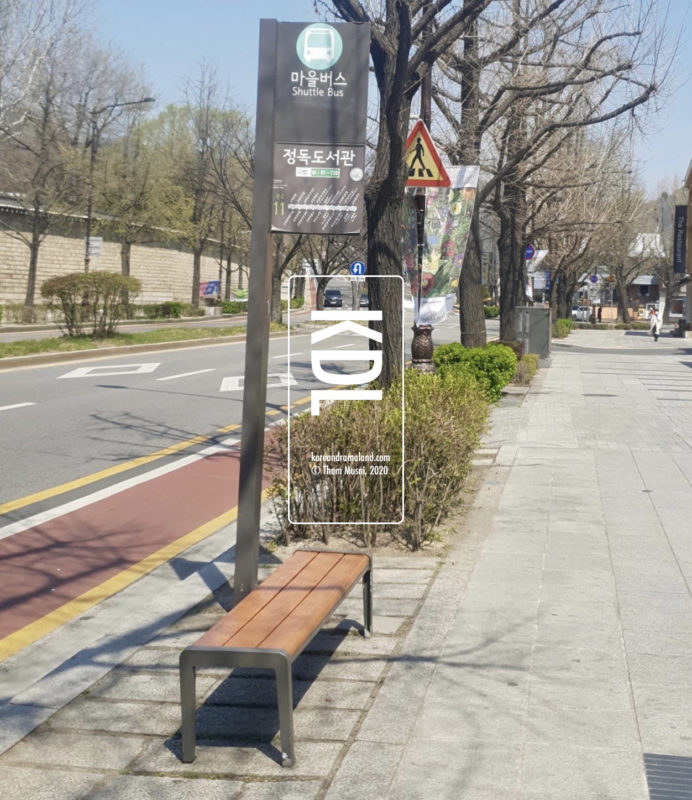 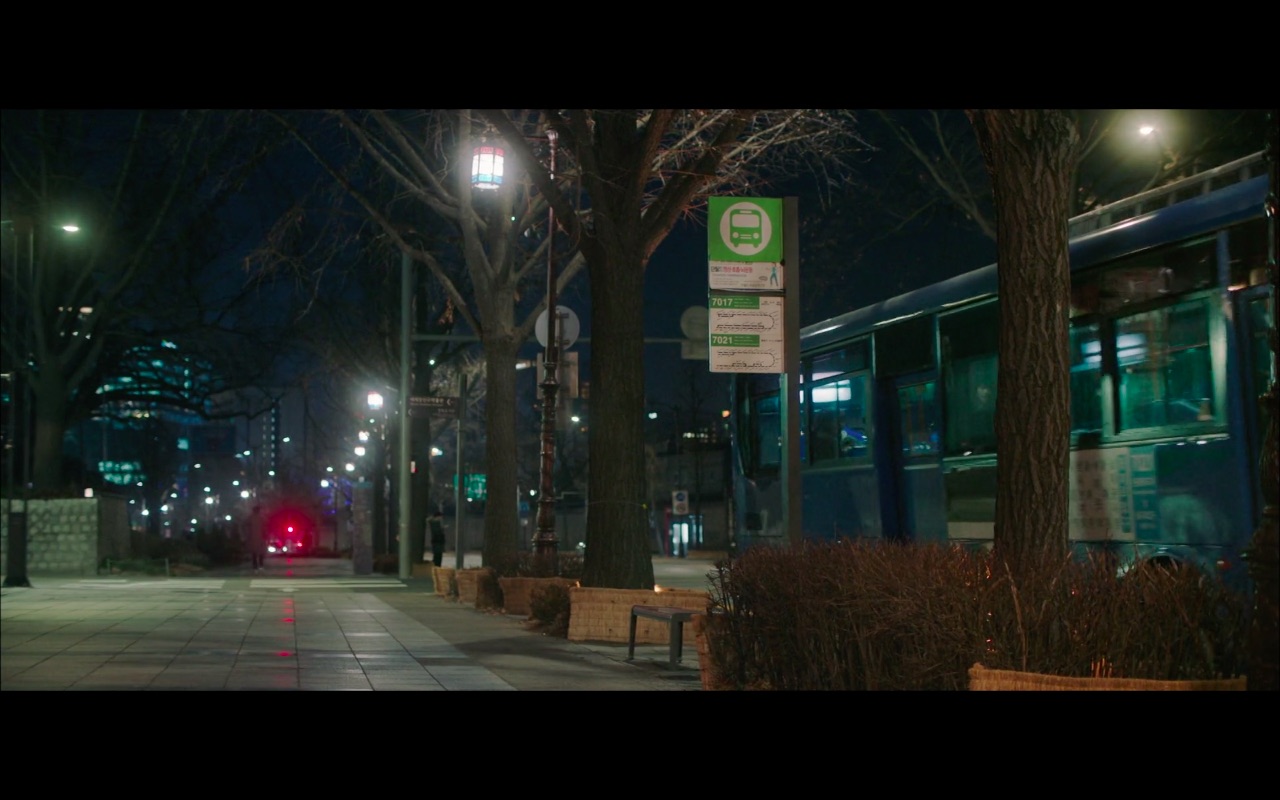 Han Seo-woo (Chae Soo-bin) heads to this bus stop after speaking to Moon Ha-won (Jung Hae-in) in episode 4 of A Piece of Your Mind/Half of a Half (반의 반) (tvN, 2020). As she’s about to get on the bus, Ha-won offers to accompany her and send her home.