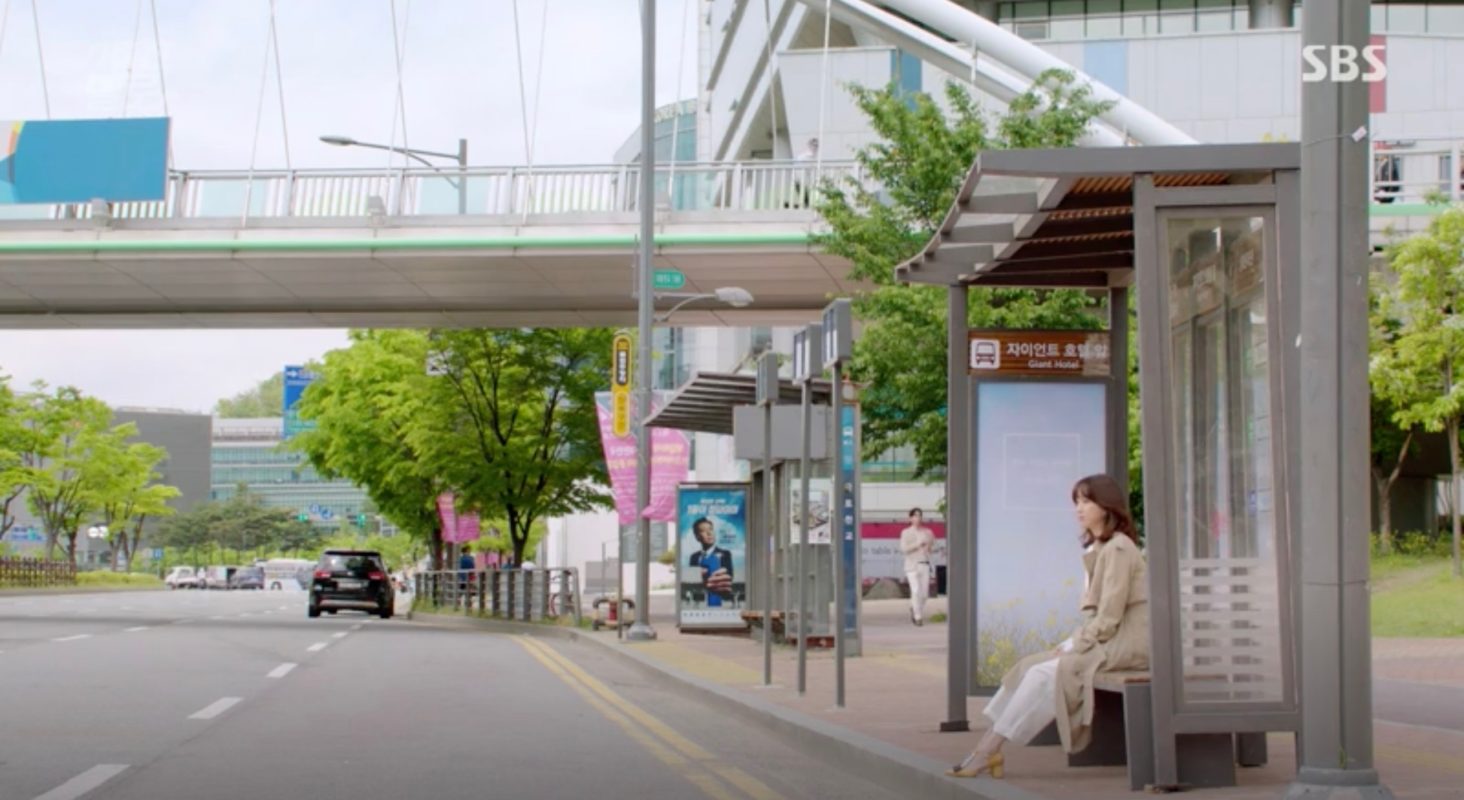 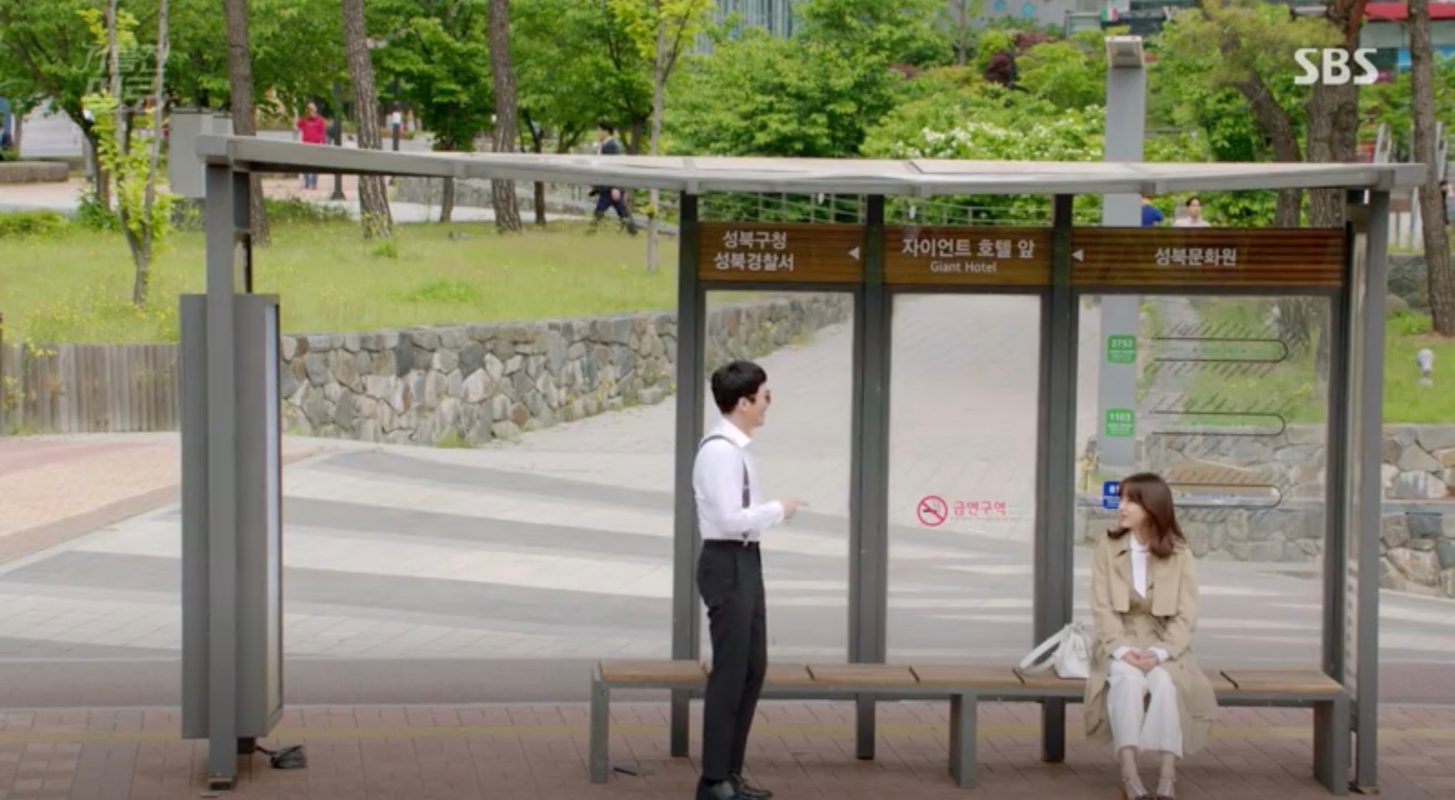 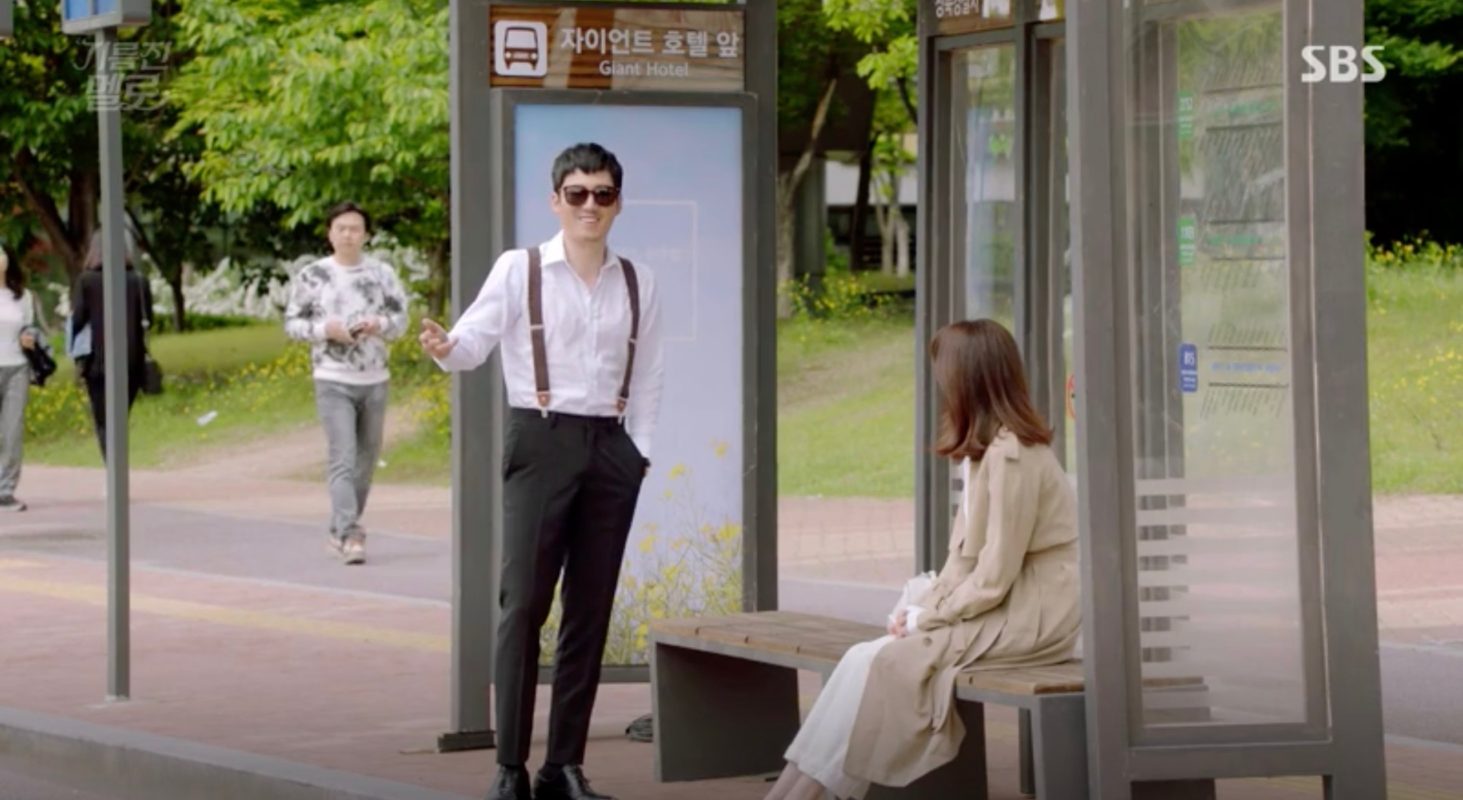 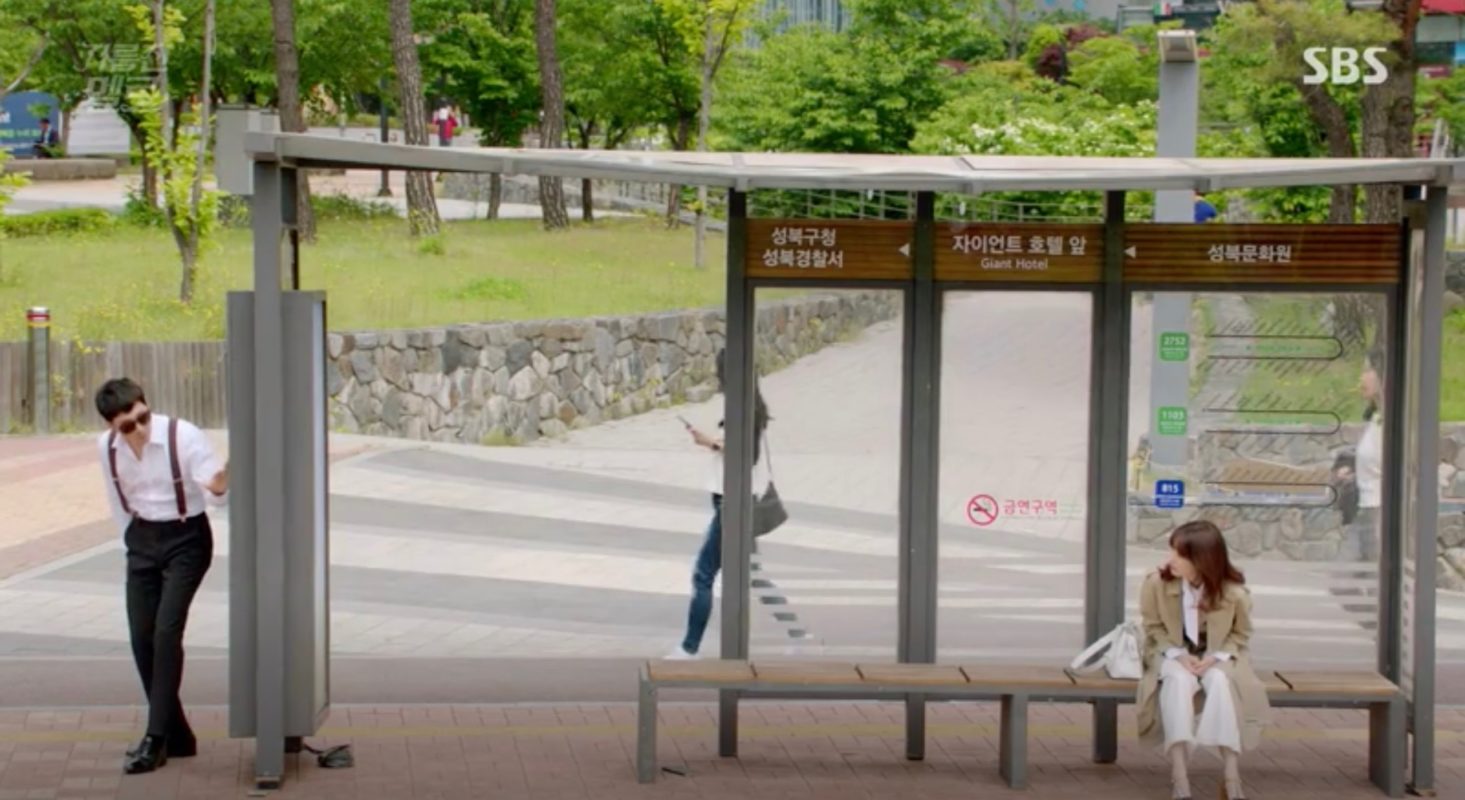 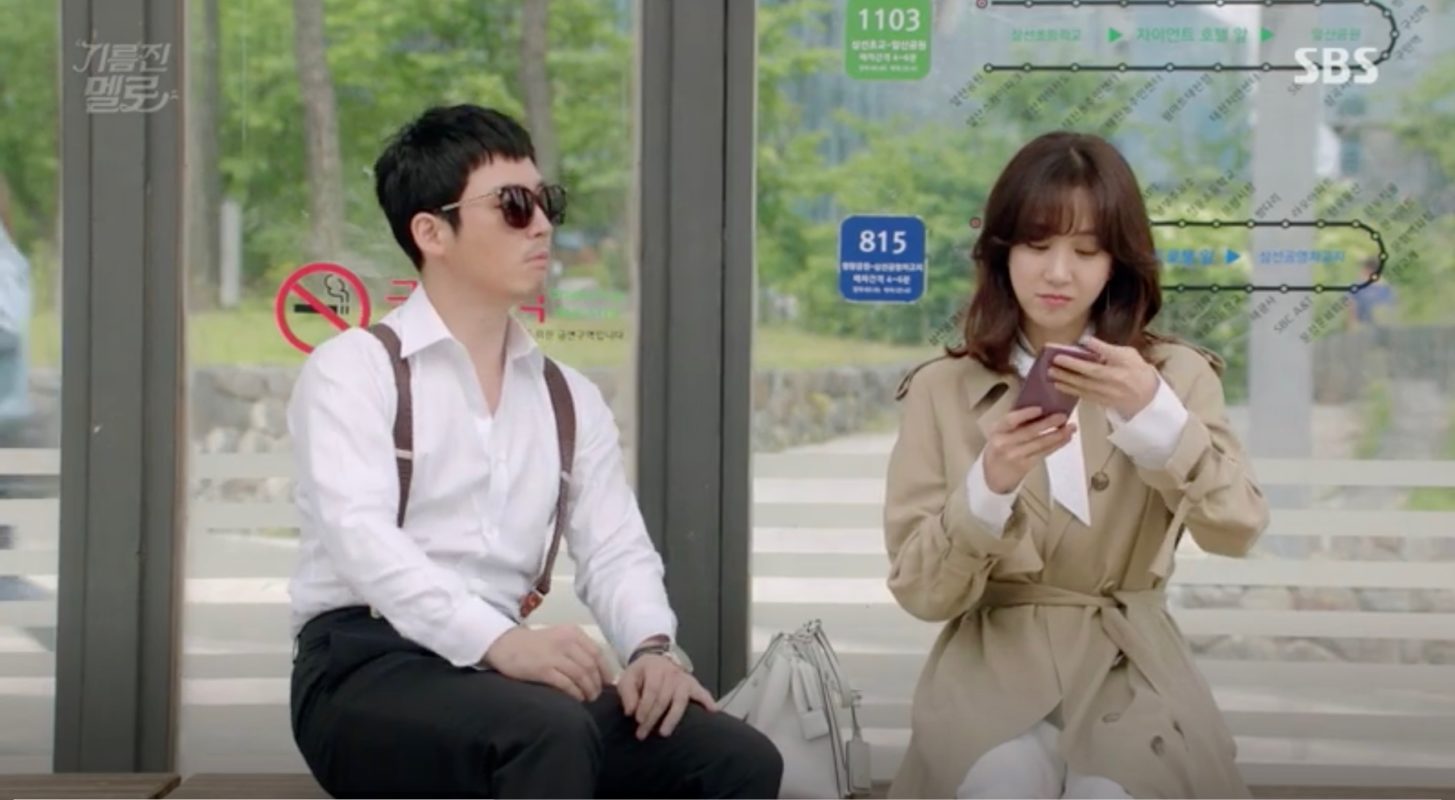 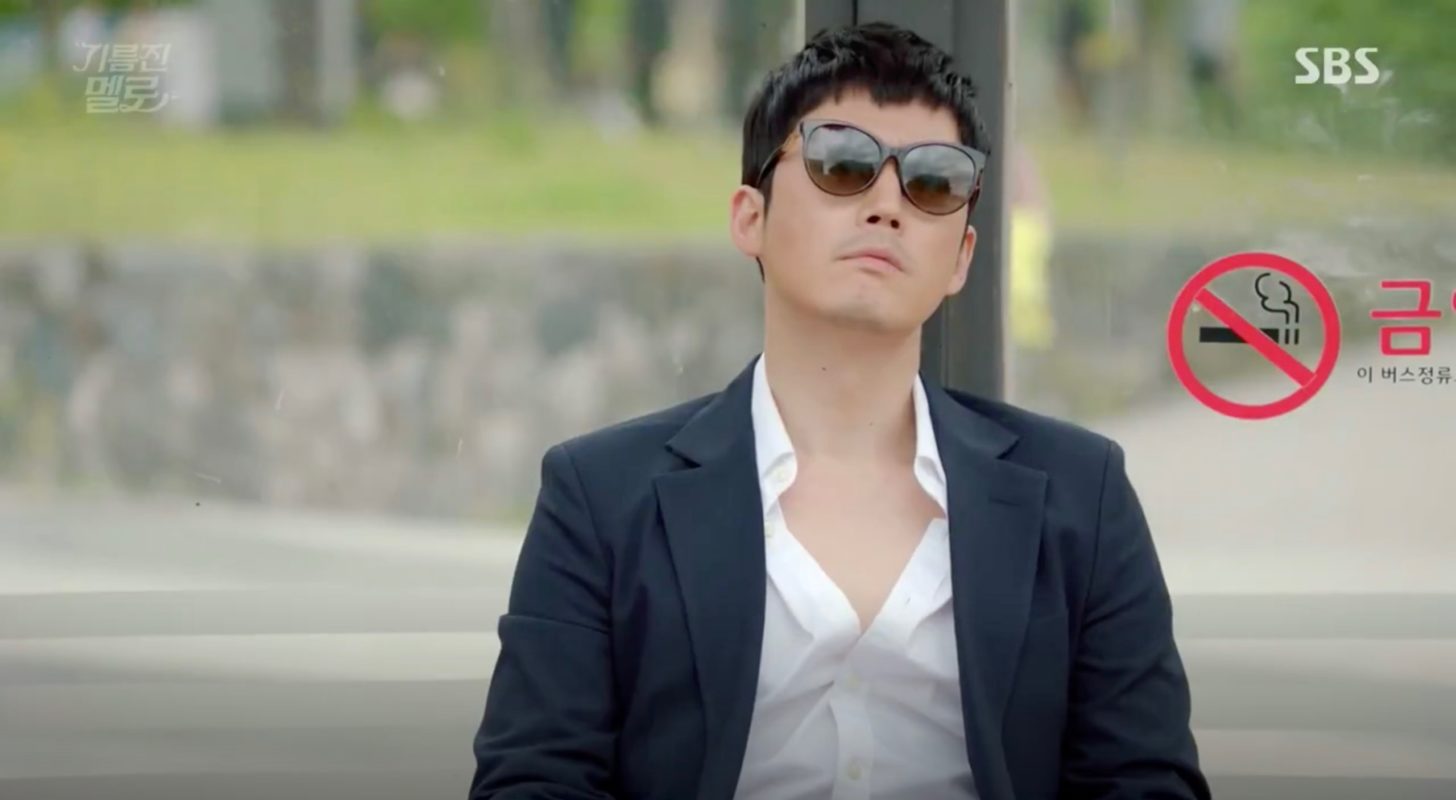 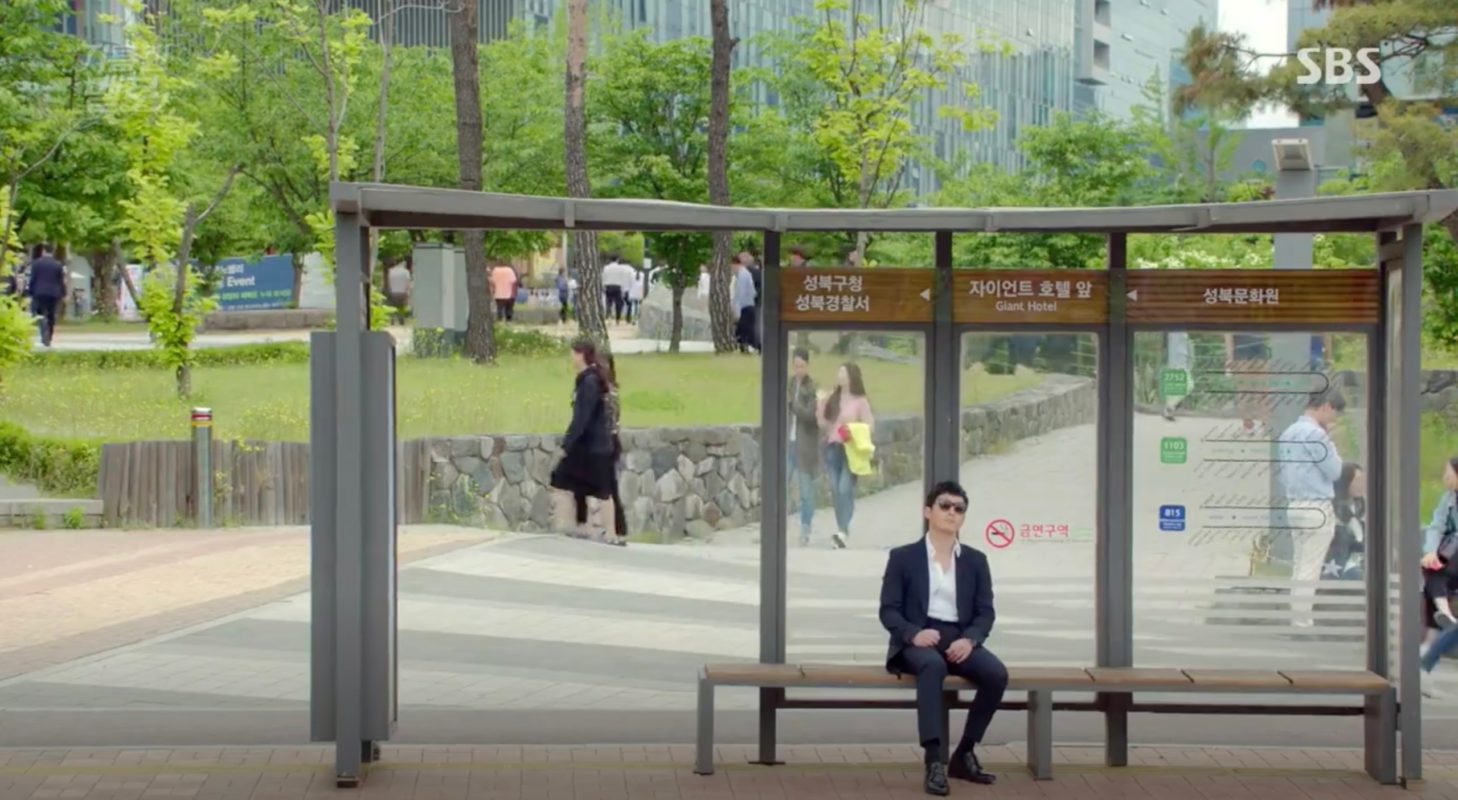 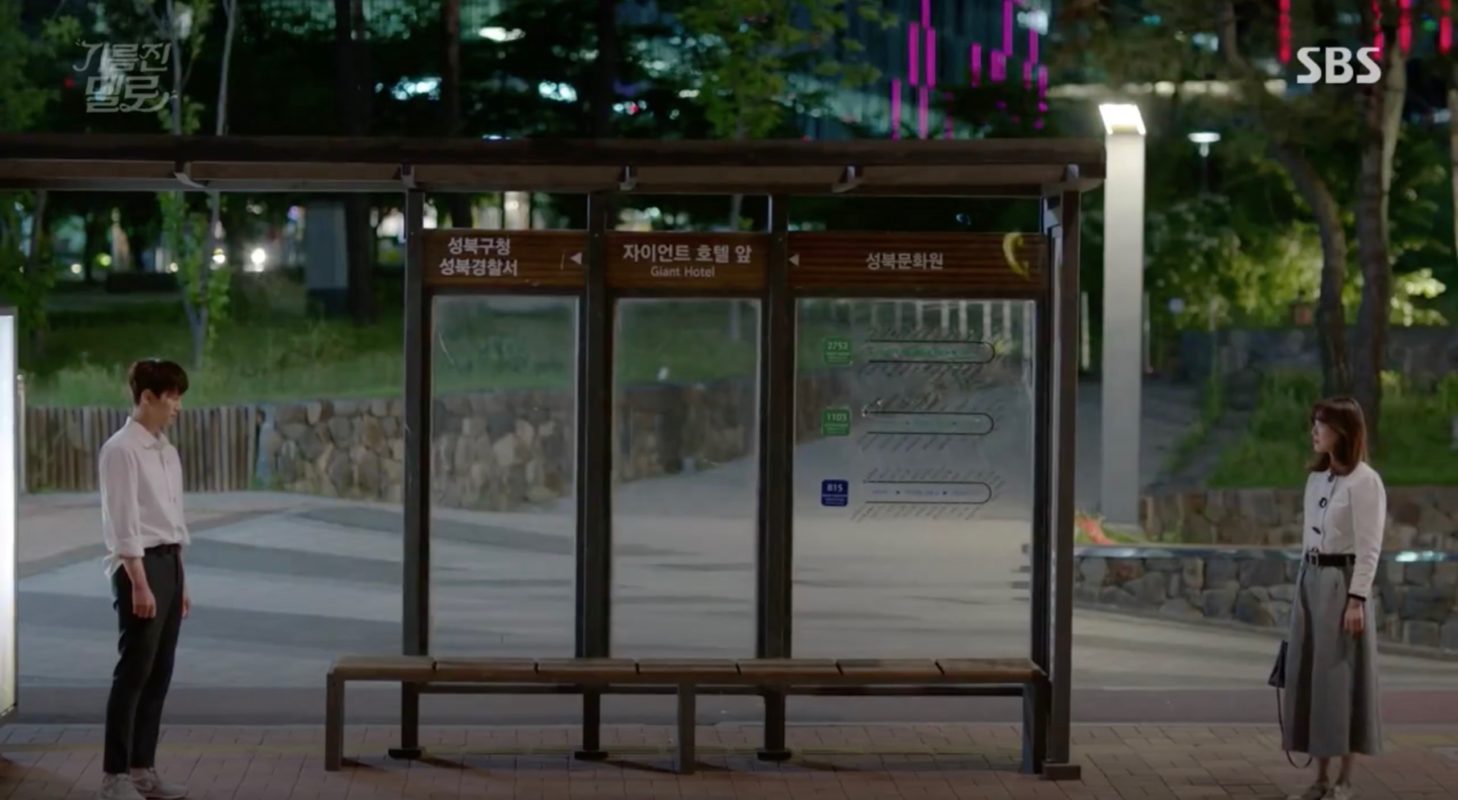 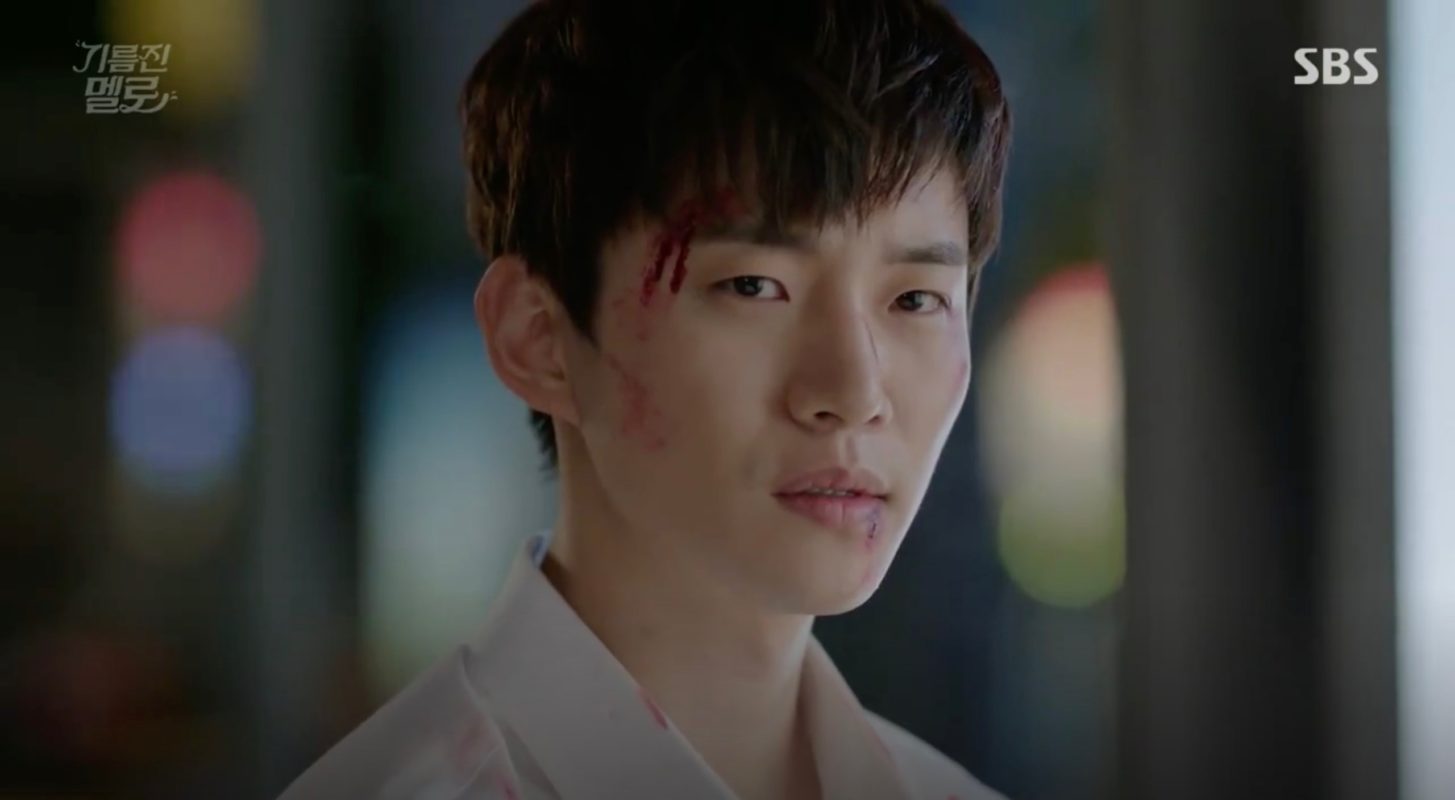 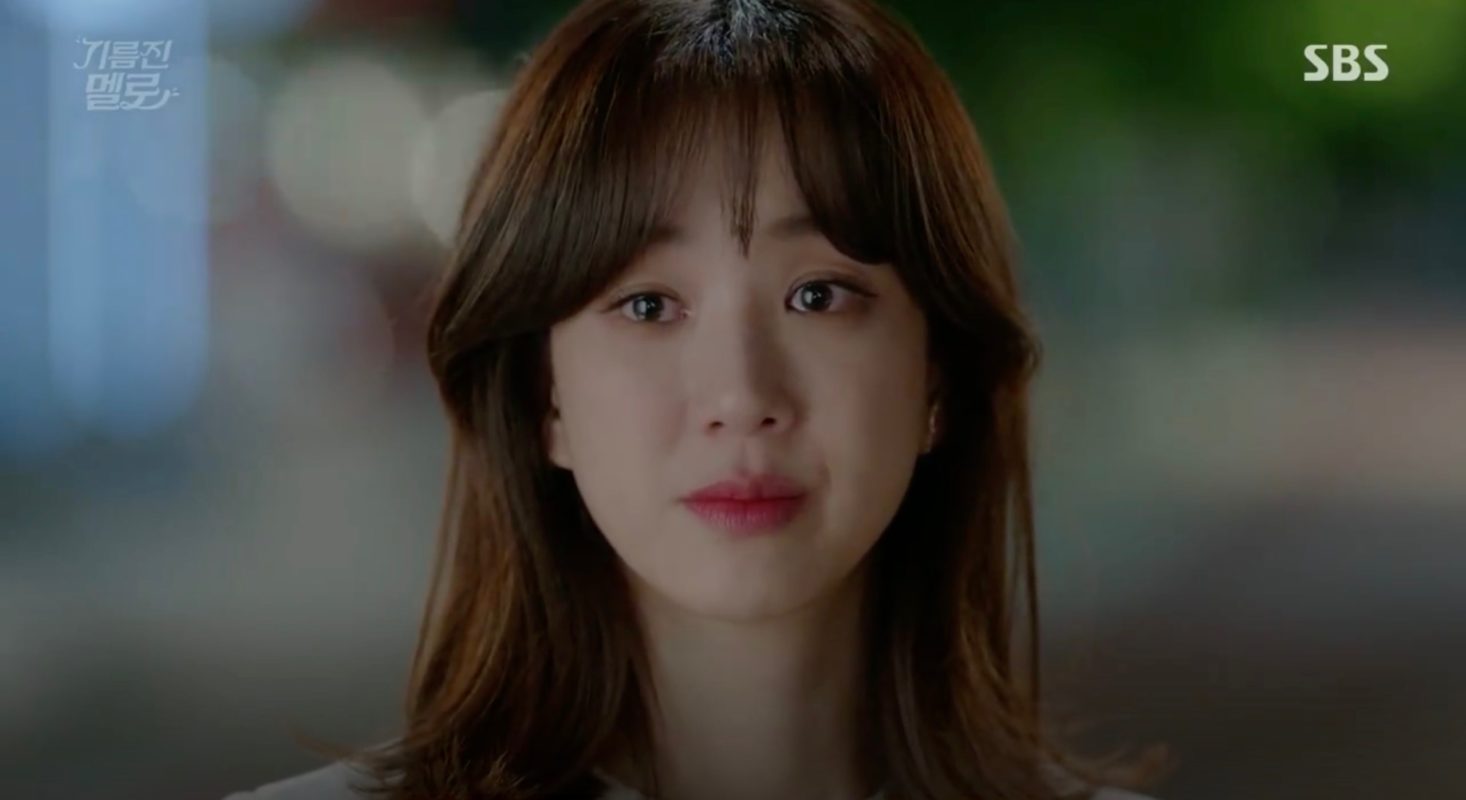 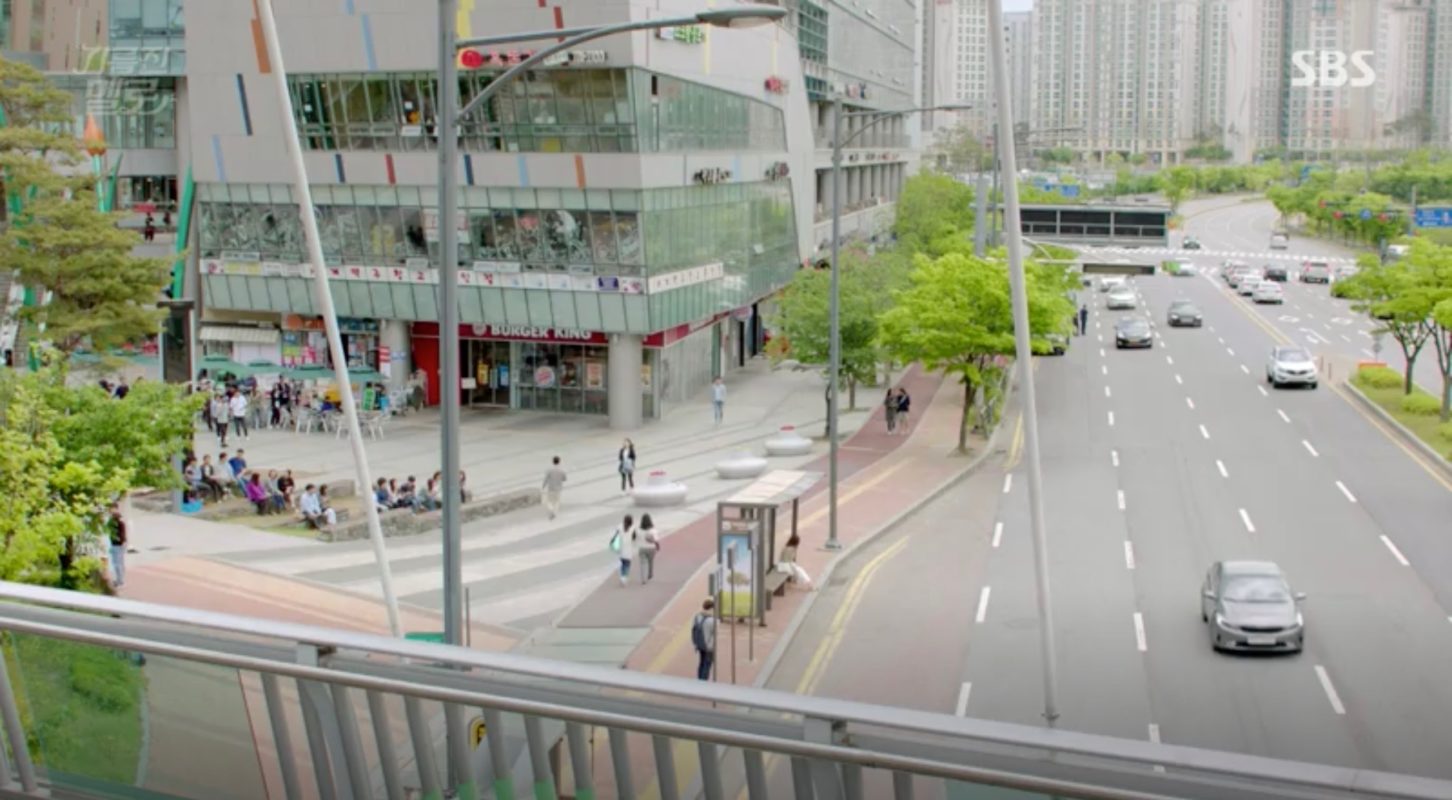 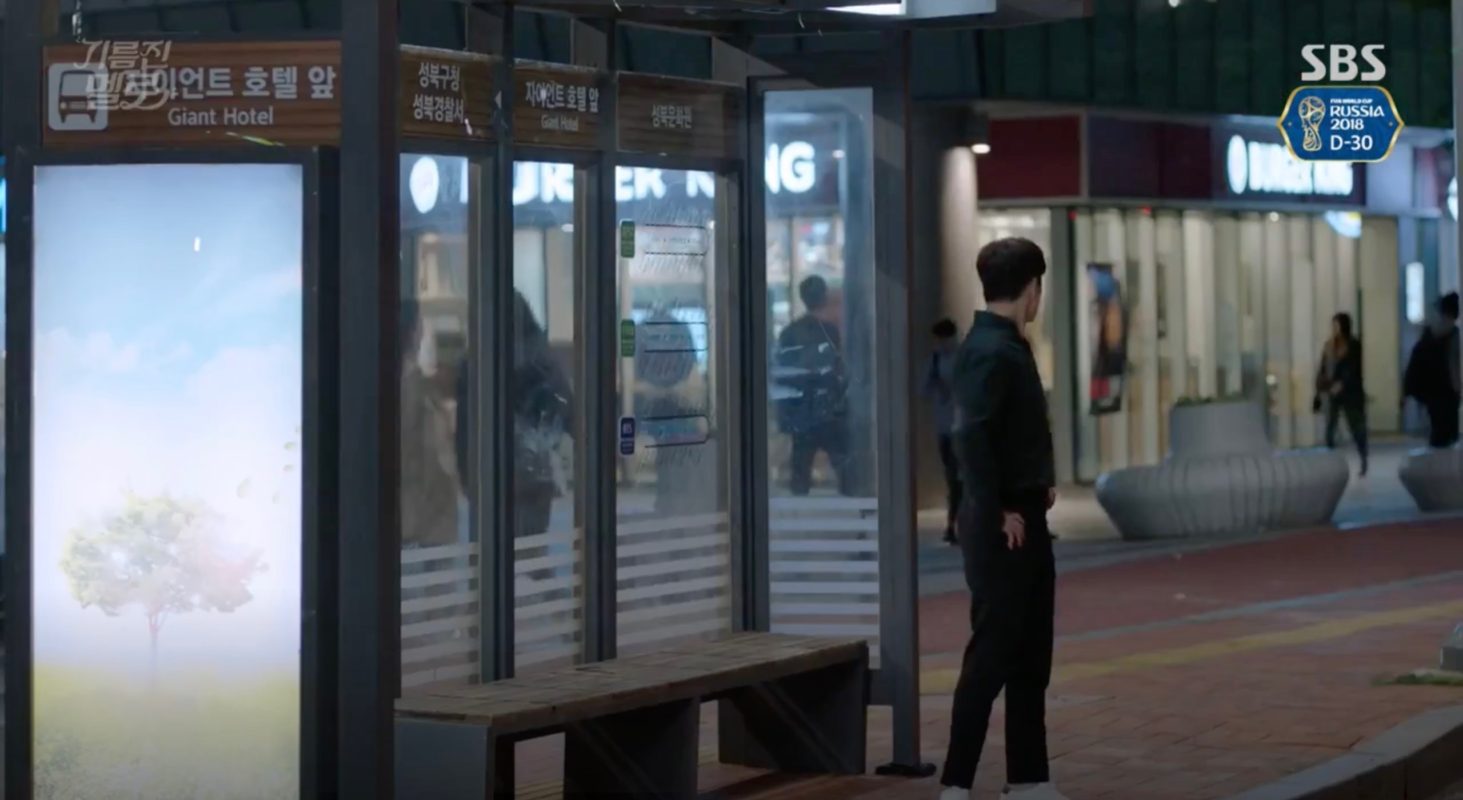 This bus stop appears as ‘Giant Hotel’ bus stop in Wok of Love/Greasy Melo (기름진 멜로) (SBS, 2018) and is supposed to serve Giant Hotel. It is from here that Sae-woo (Jung Ryeo-won) usually rides a bus going home. In episodes 7, Dan Sae-Woo (Jung Ryeo-Won), for instance, takes the bus from here and Doo Chil-Seong (Jang Hyuk) follows her here and gets permission to have a crush on her even if she is married. In episode 8, Seo Poong (Lee Joon-Ho) comes here to look for Sae-woo. Heartbroken and lovesick Chil-seong is back here in episode 10. And Seo Poong and Sae-woo come here after they have kissed and both confess to each other in front of this bus stop that they are still in love with their wife/husband. In episode 36, Sae-woo breaks up with Seo Poong here.