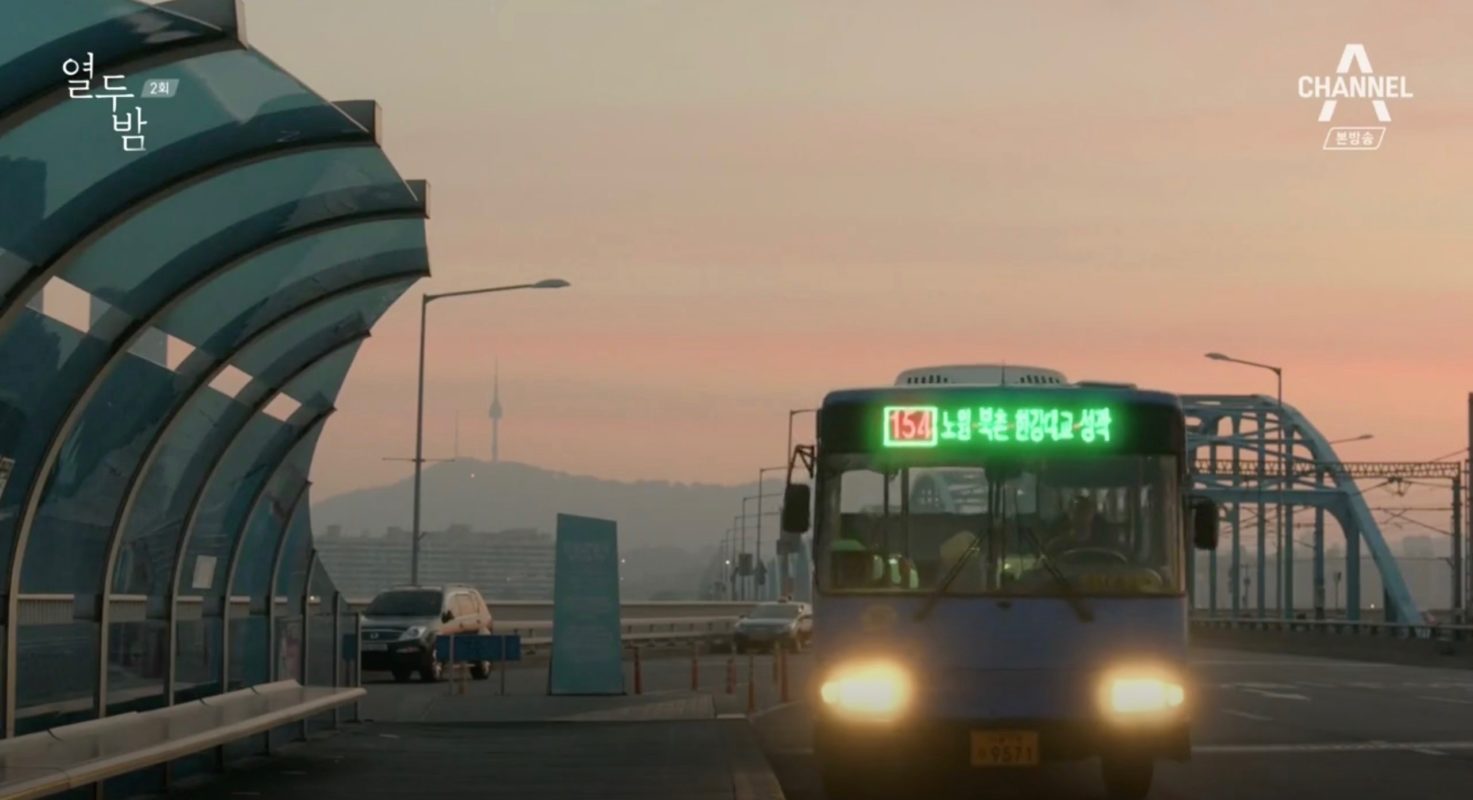 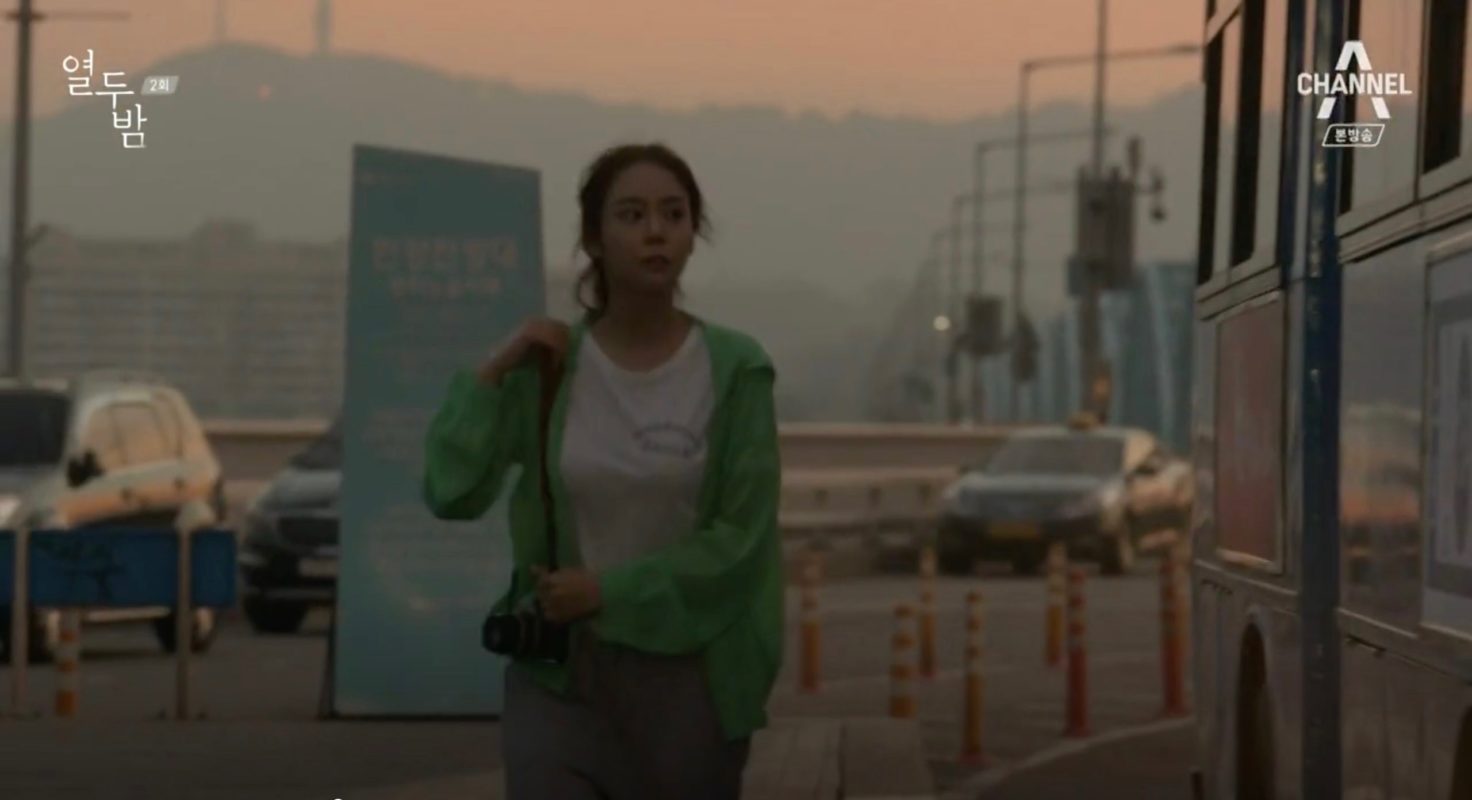 Han Yoo-kyung (Han Seung-yeon, formerly of Kara) gets off at this bus stop in episode 2 of Twelve Nights (열두밤) (Channel A, 2018) to take a photo of the sunrise from Dongjak Bridge on the morning of the third day of her short 4-days stay in Seoul in 2010.