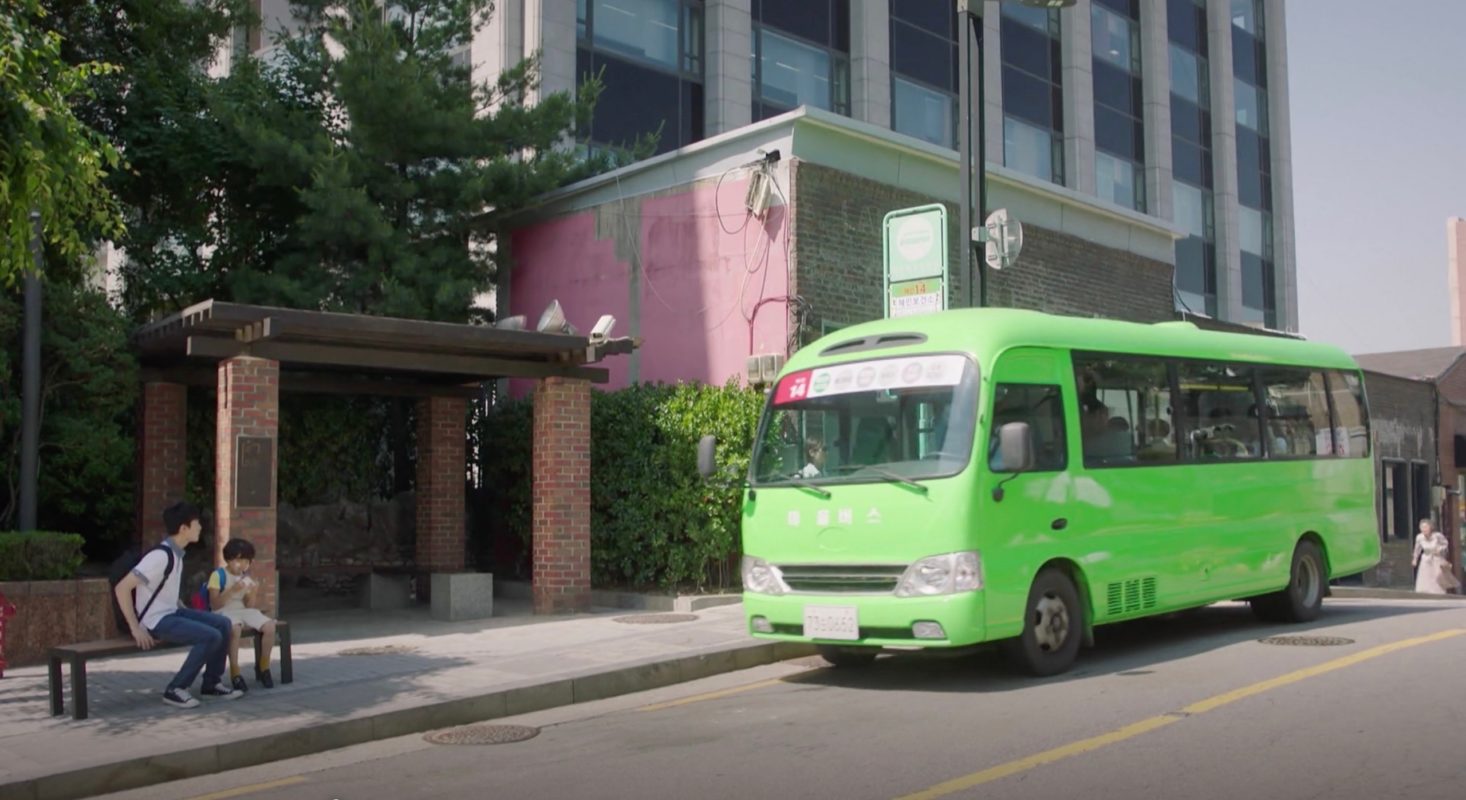 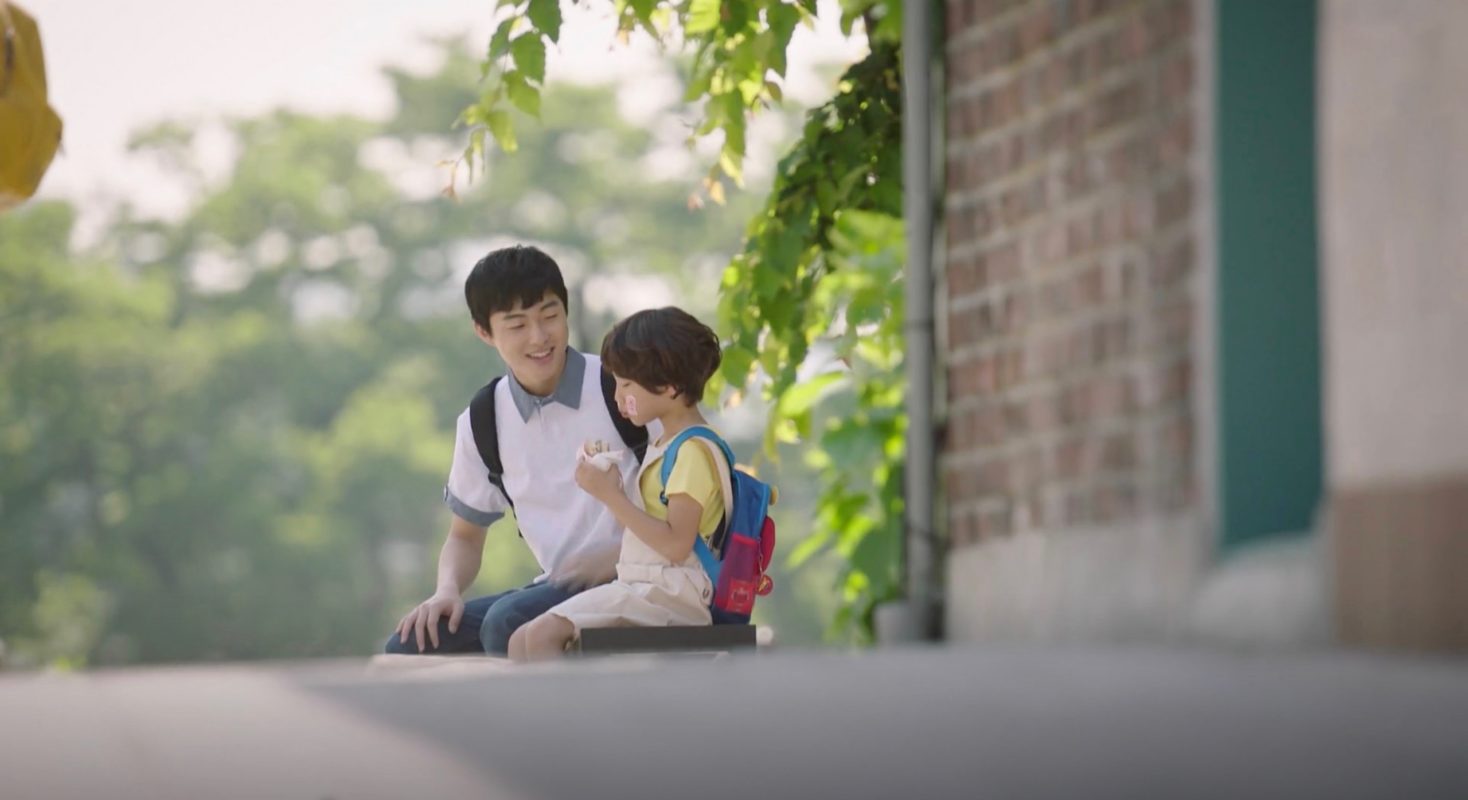 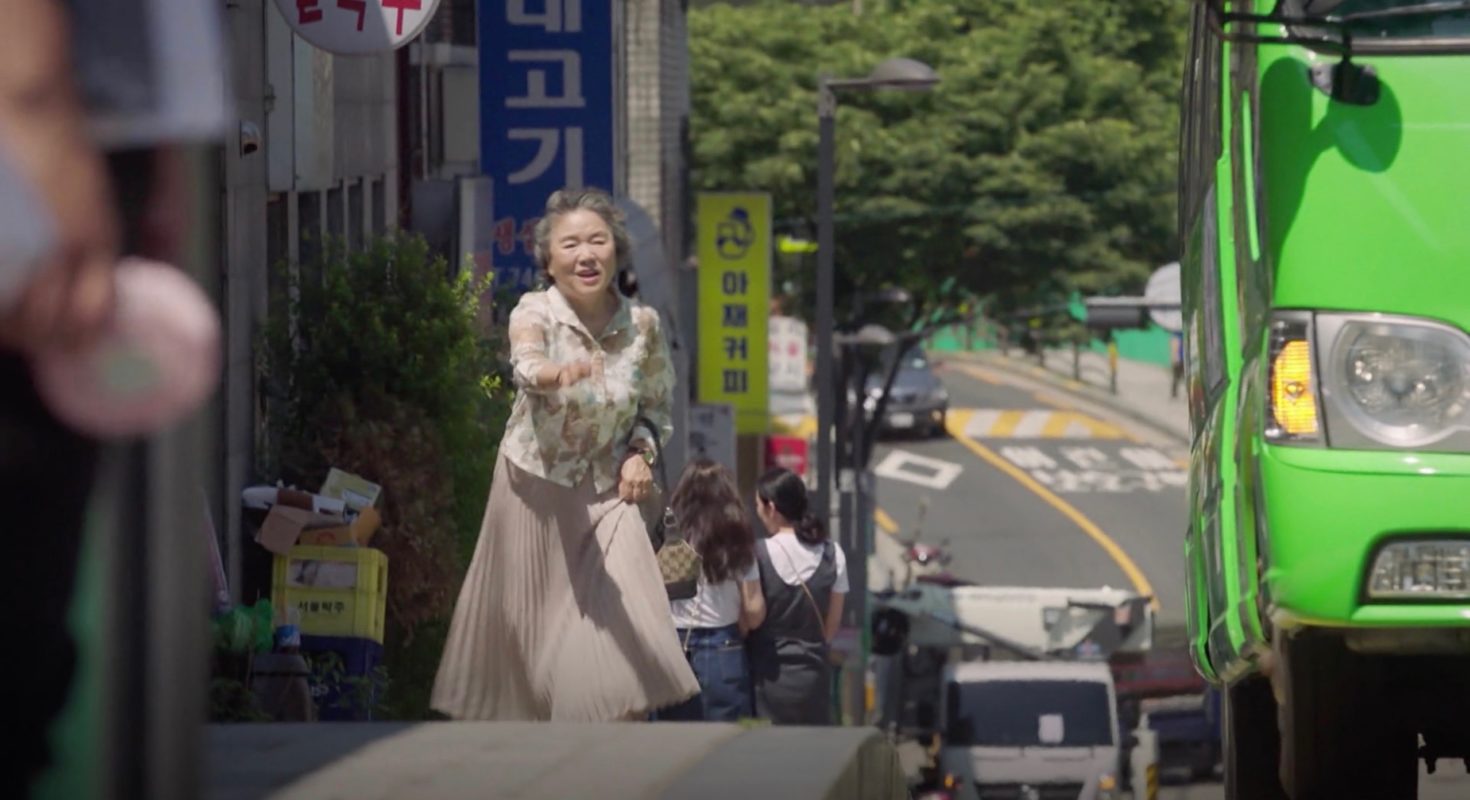 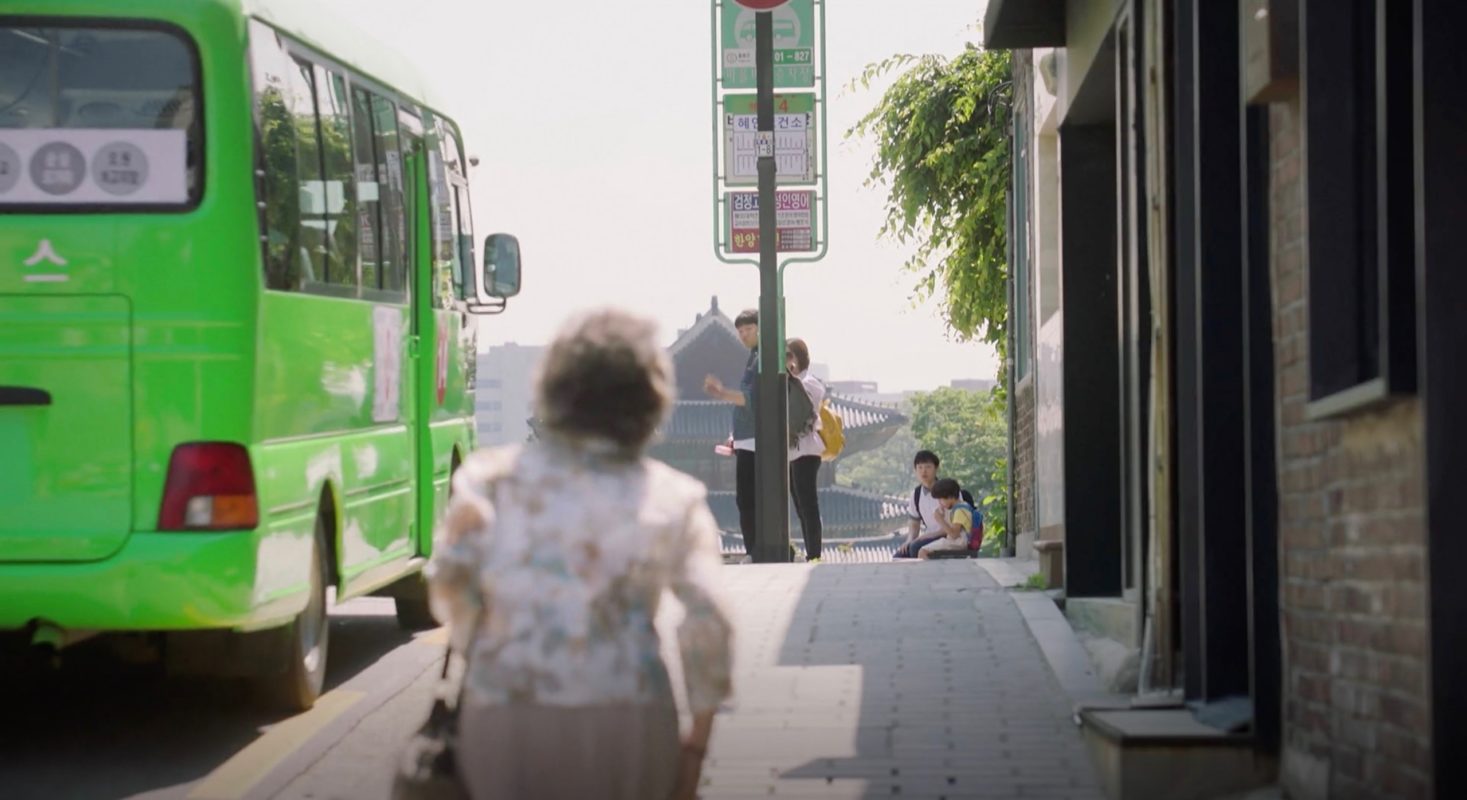 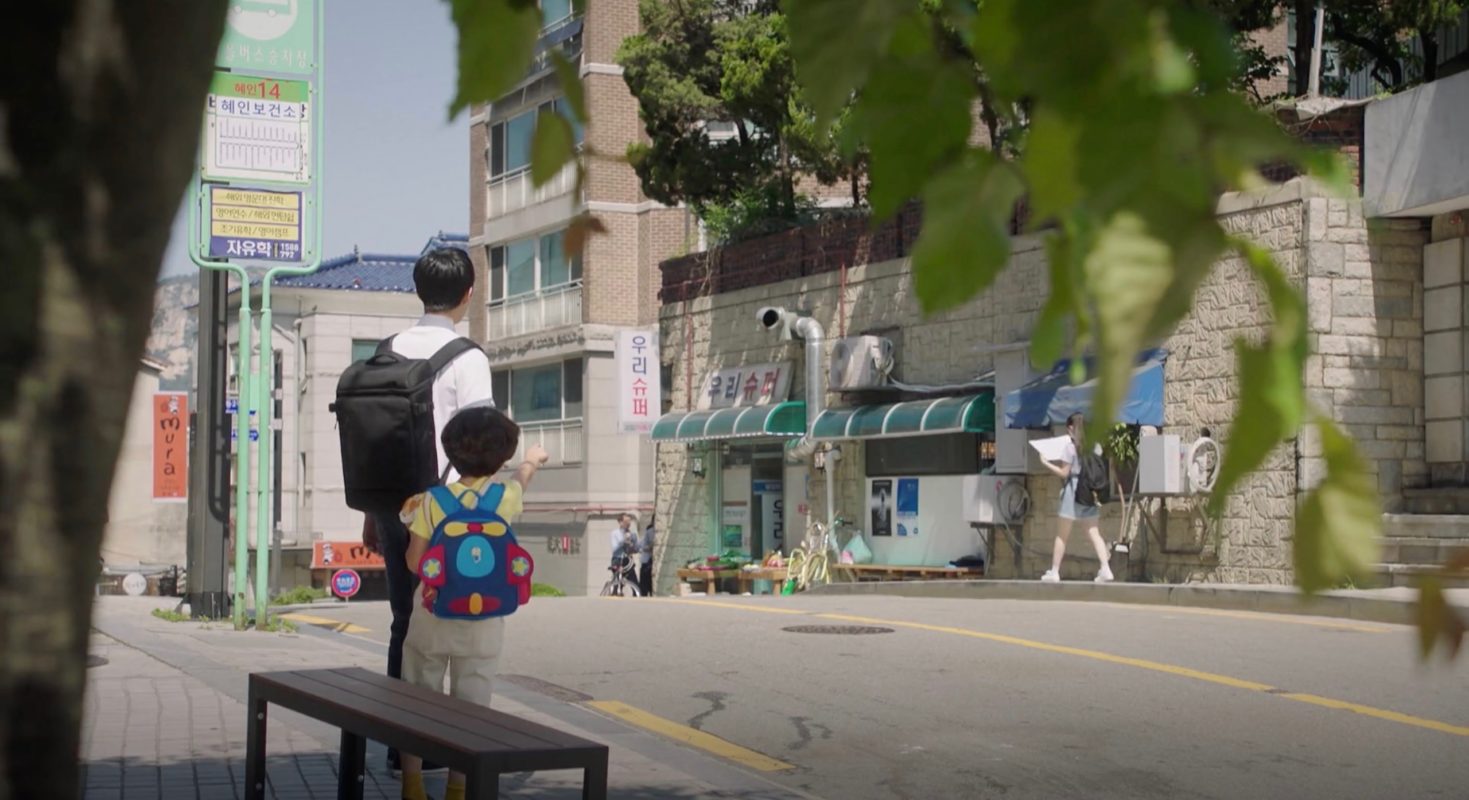 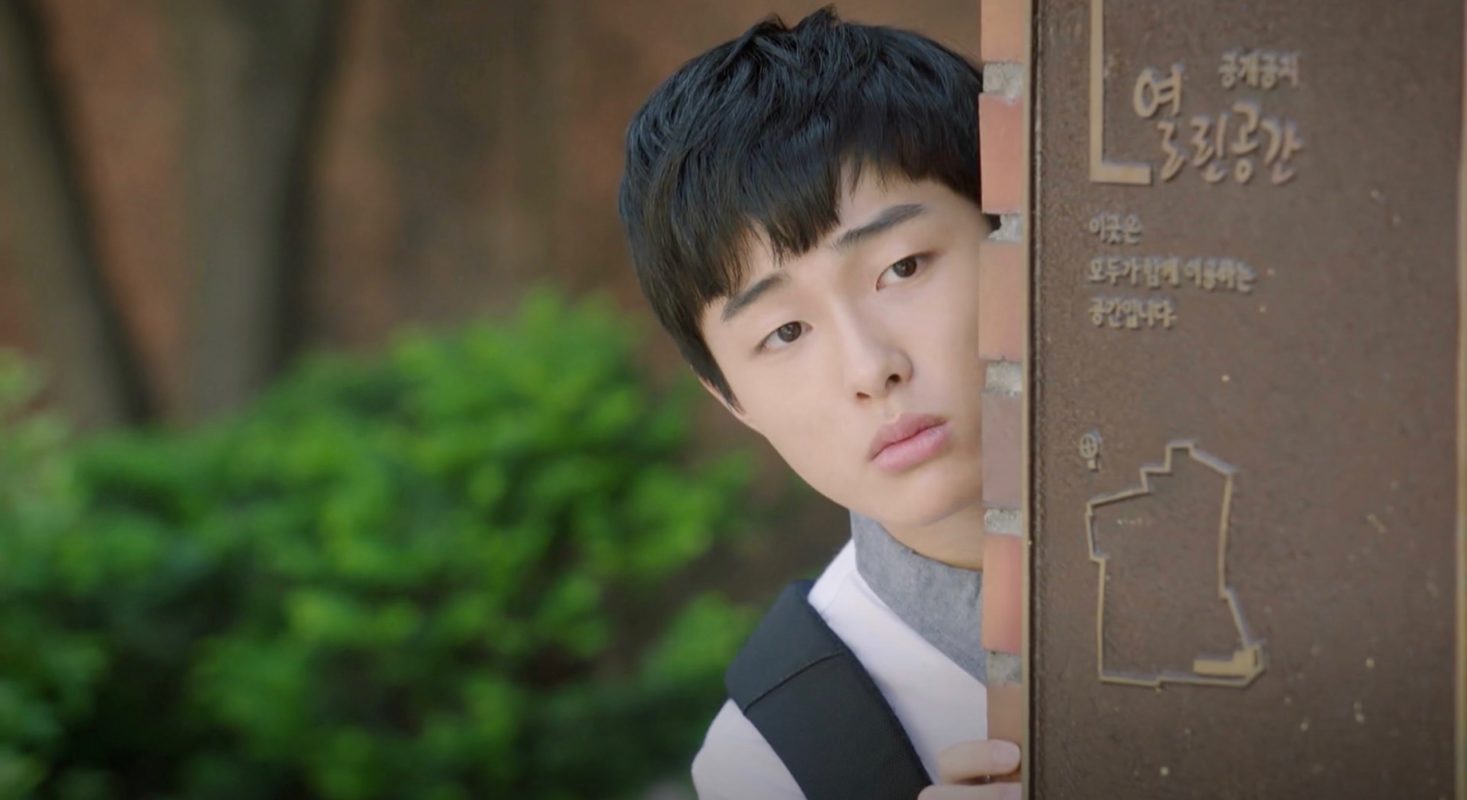 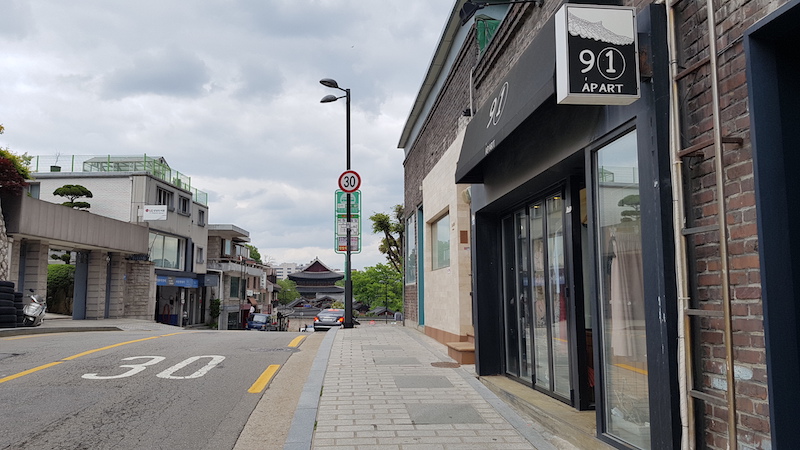 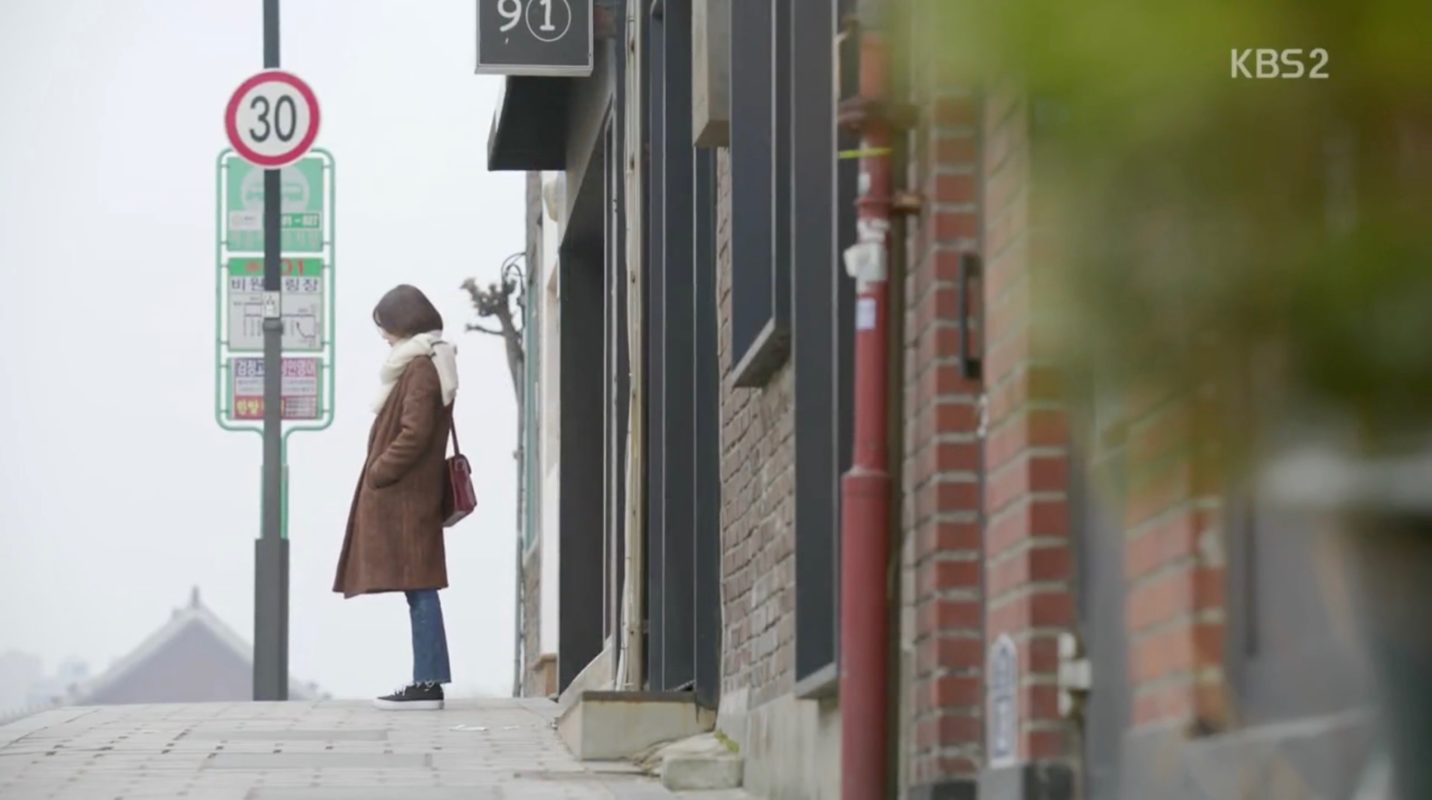 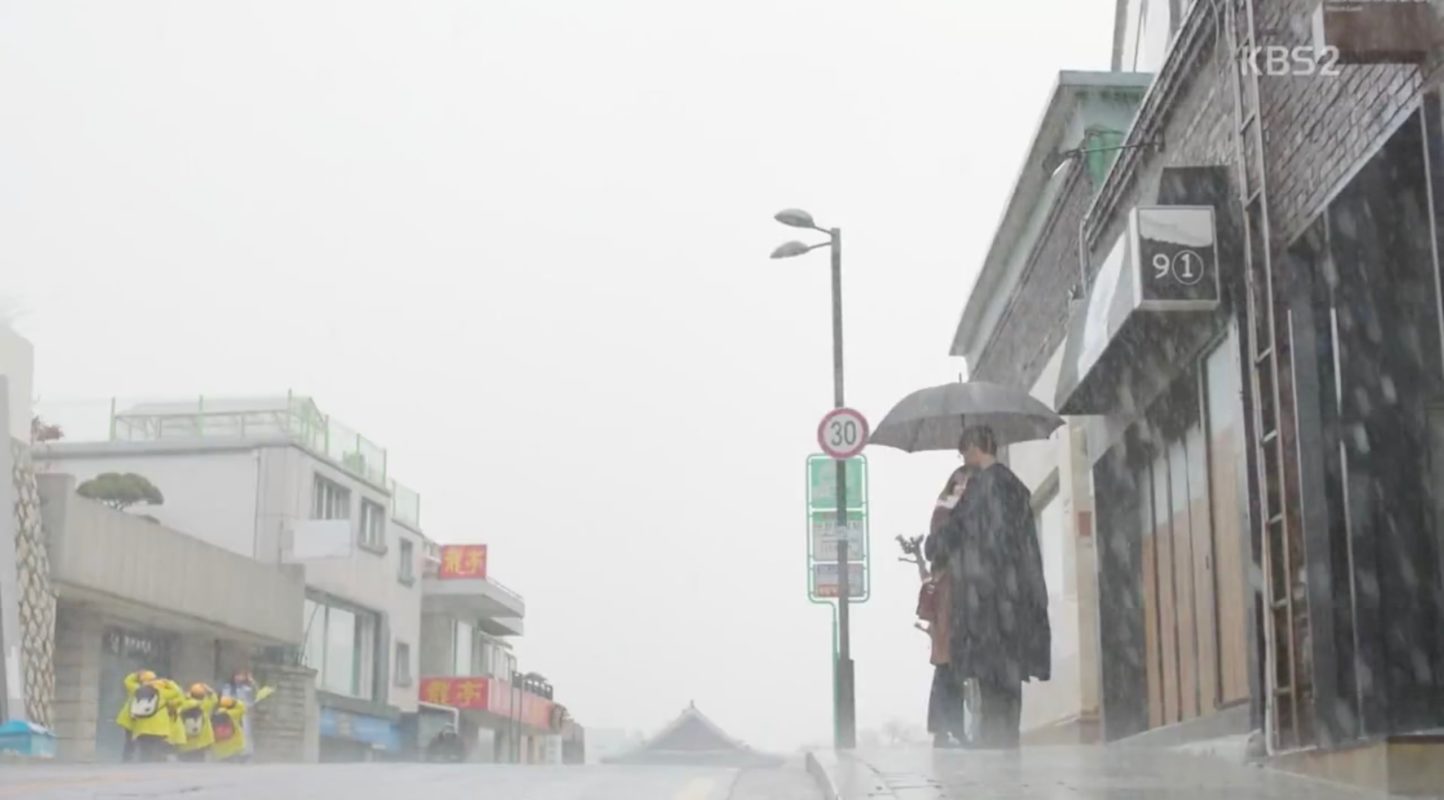 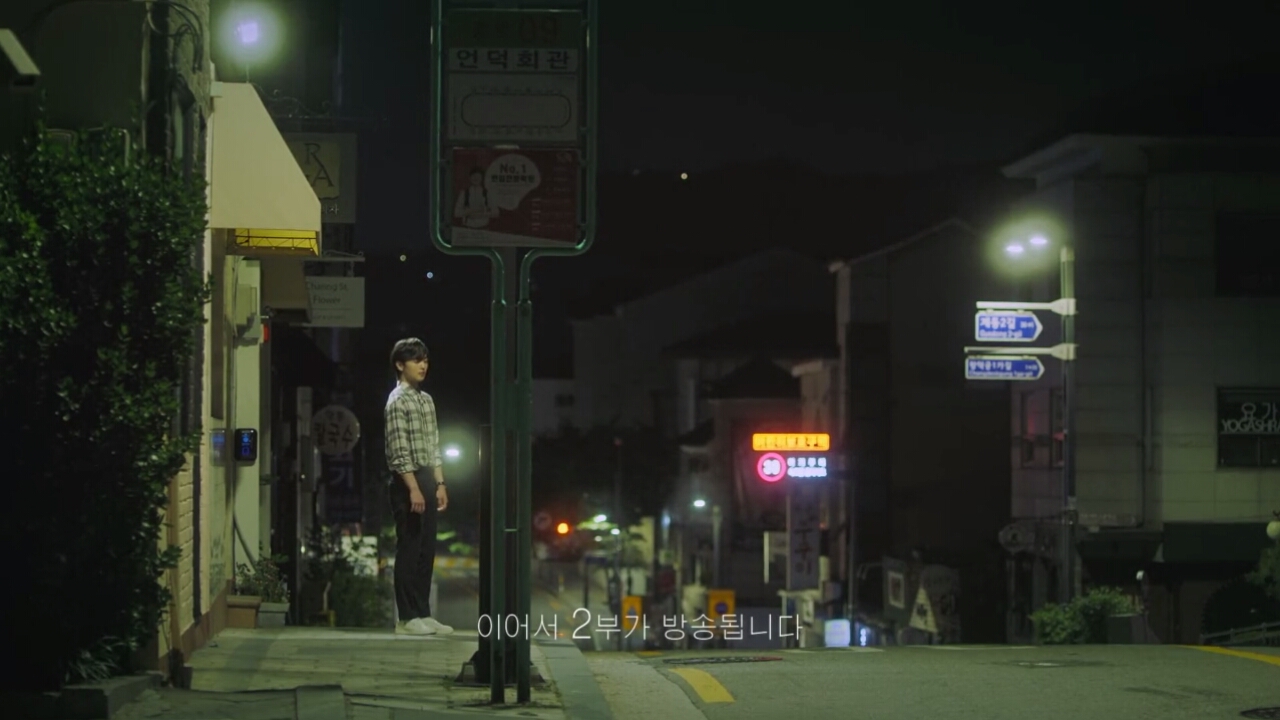 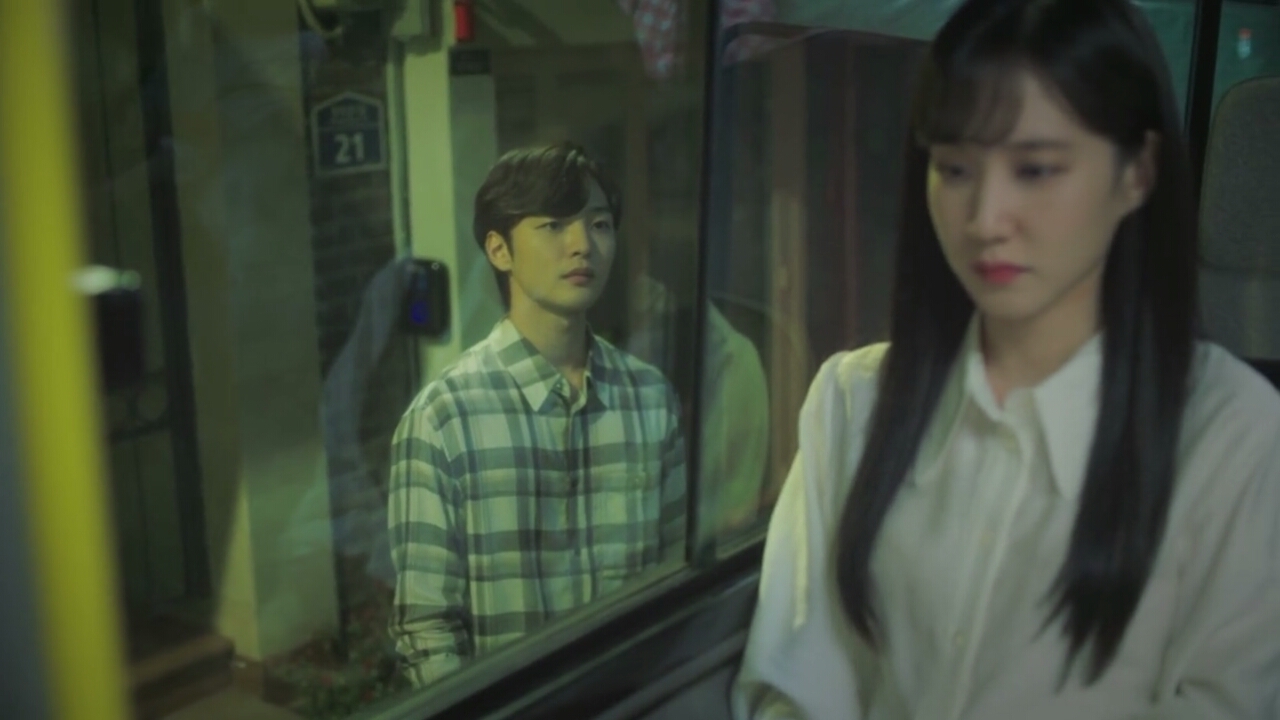 Young Gong Woo-Jin (Yoon Chan-Young) sits at this bus stop with his brother Yoo Chan in episode 1 of Still 17 / Thirty But Seventeen / 30 But 17 (서른이지만 열일곱입니다) (SBS, 2018). Woo-Jin first stalls the bus driver for time to help a grandmother to get the bus. The bus gone, Yoo Chan recognizes young Woo Seo-Ri (Park Si-Eun) on the other side of the road and she is about to get water thrown at when Woo-jin calls out her name and thus saves her from the water when she stops in her tracks to see who has called her.

— submitted by Marion KDL
— Do You Like Brahms? added by Chelle