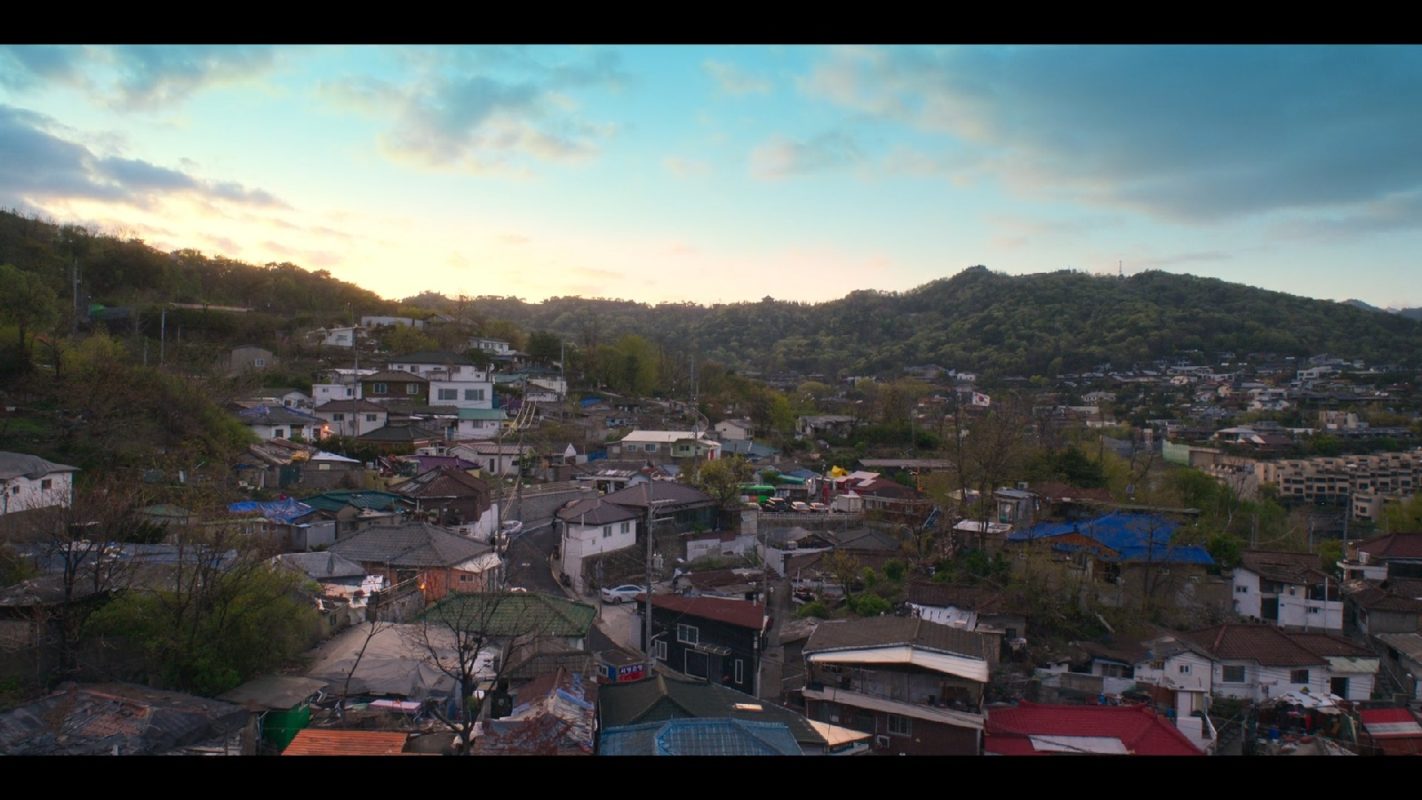 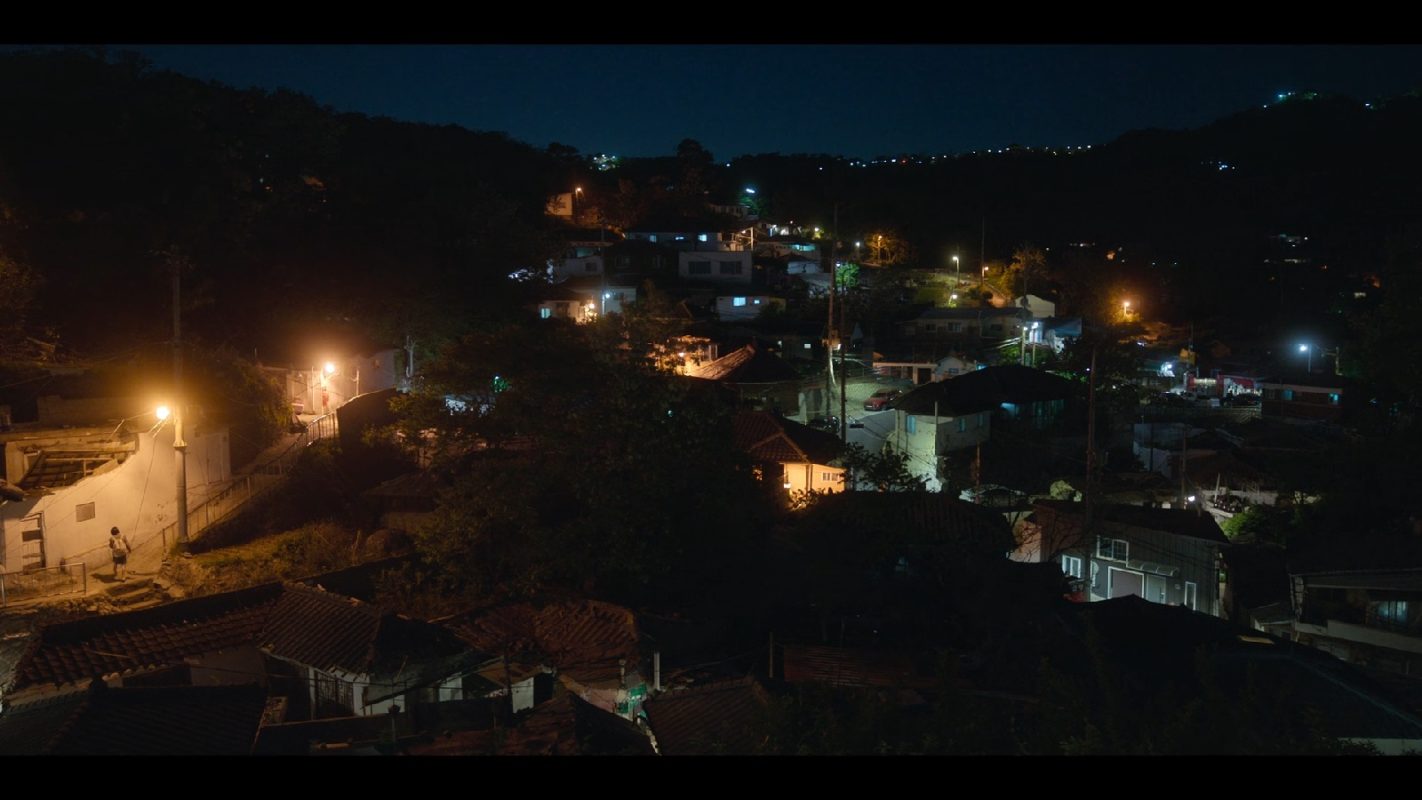 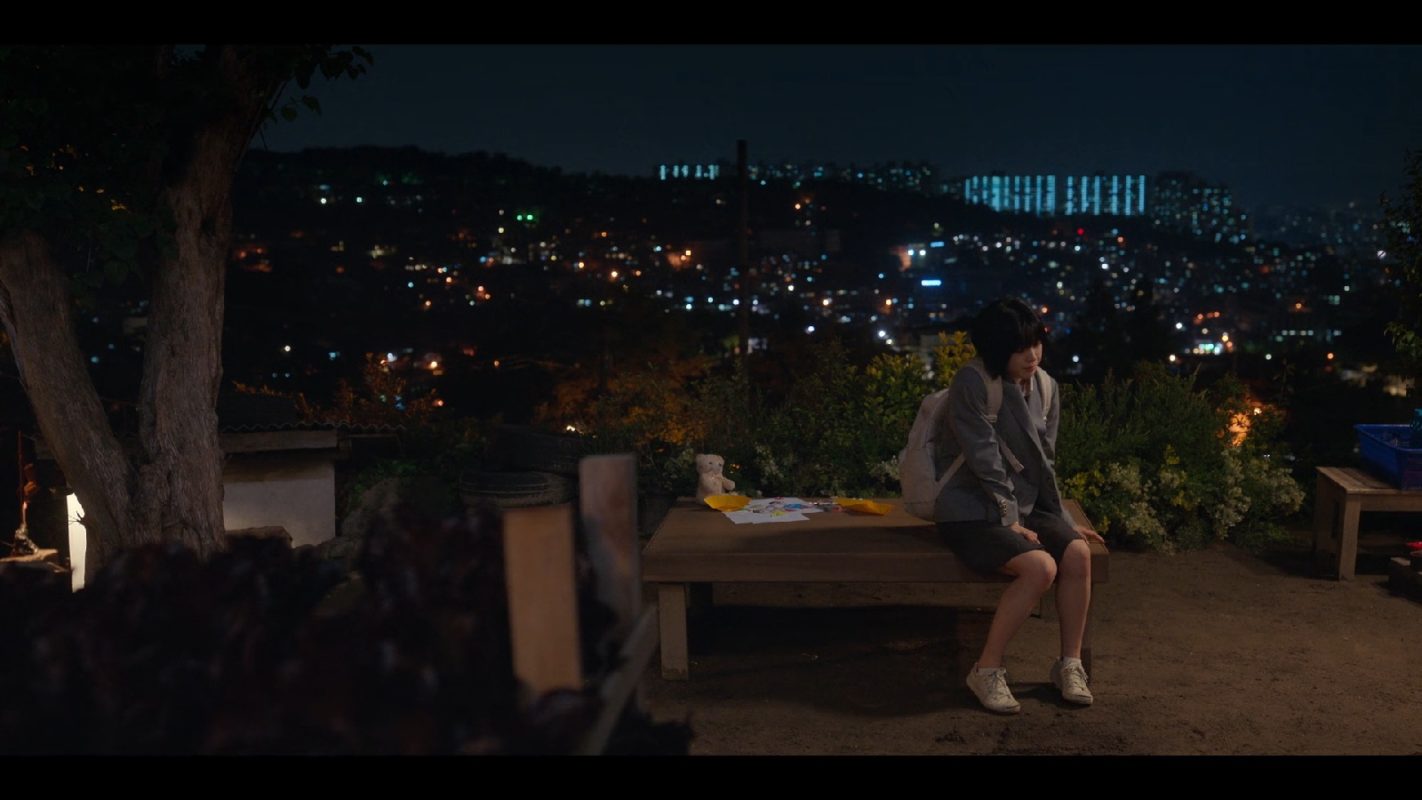 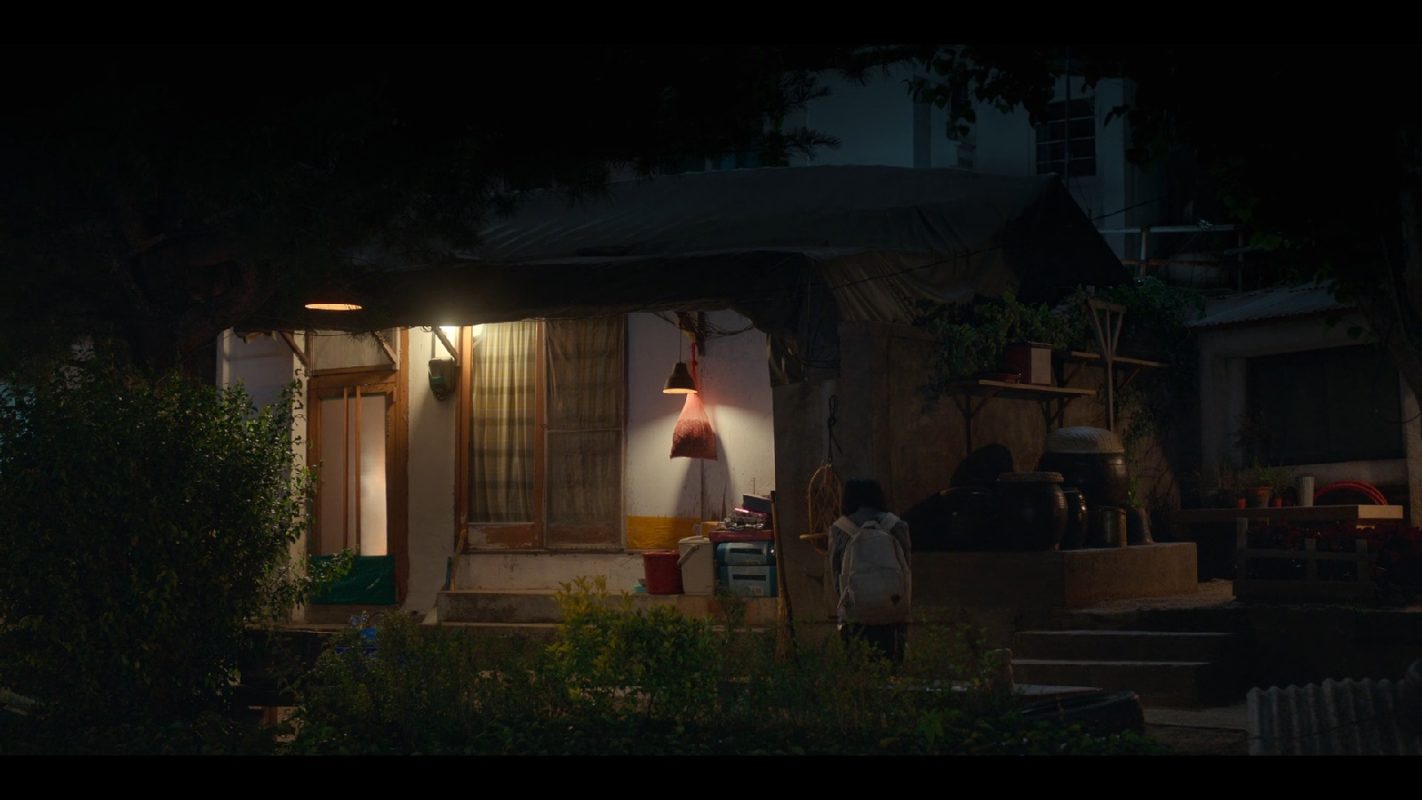 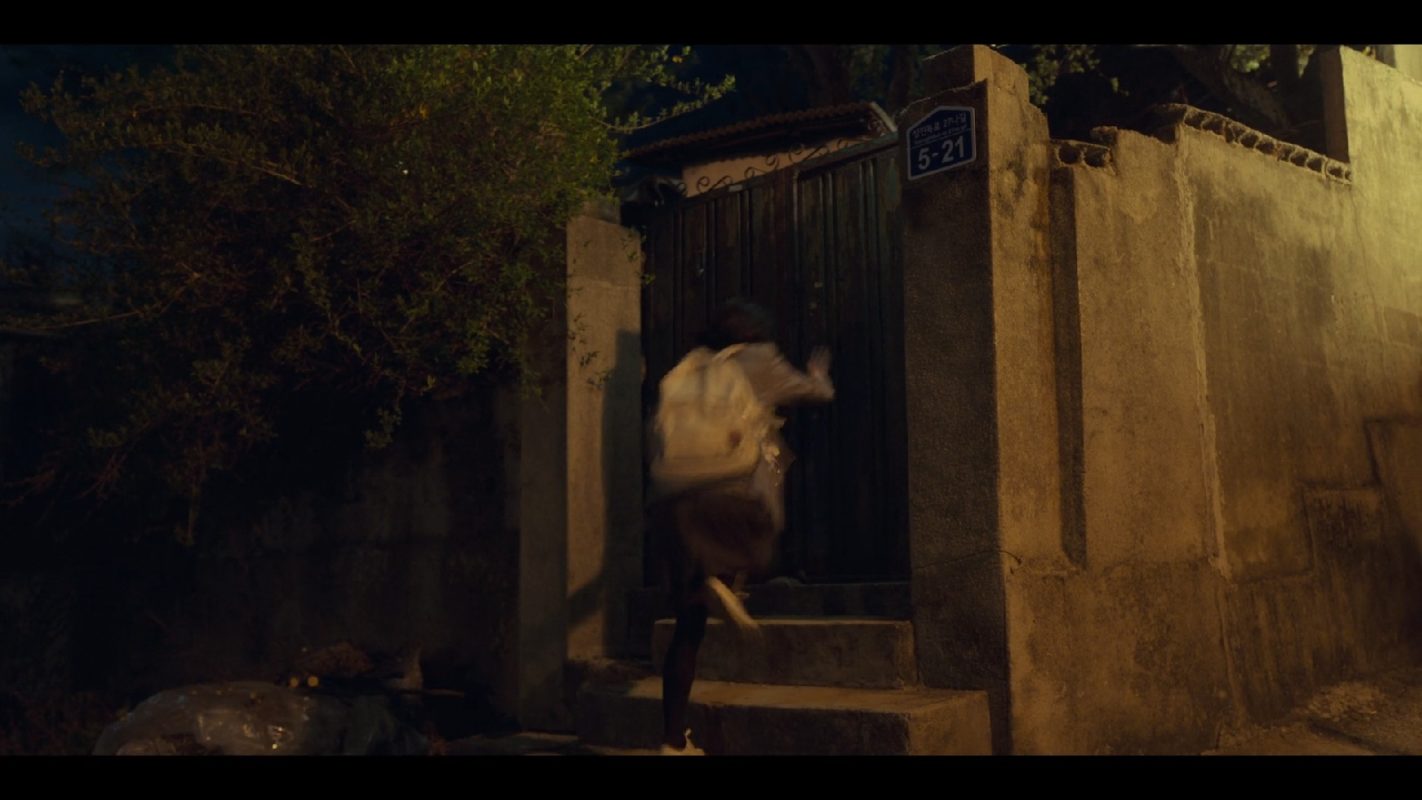 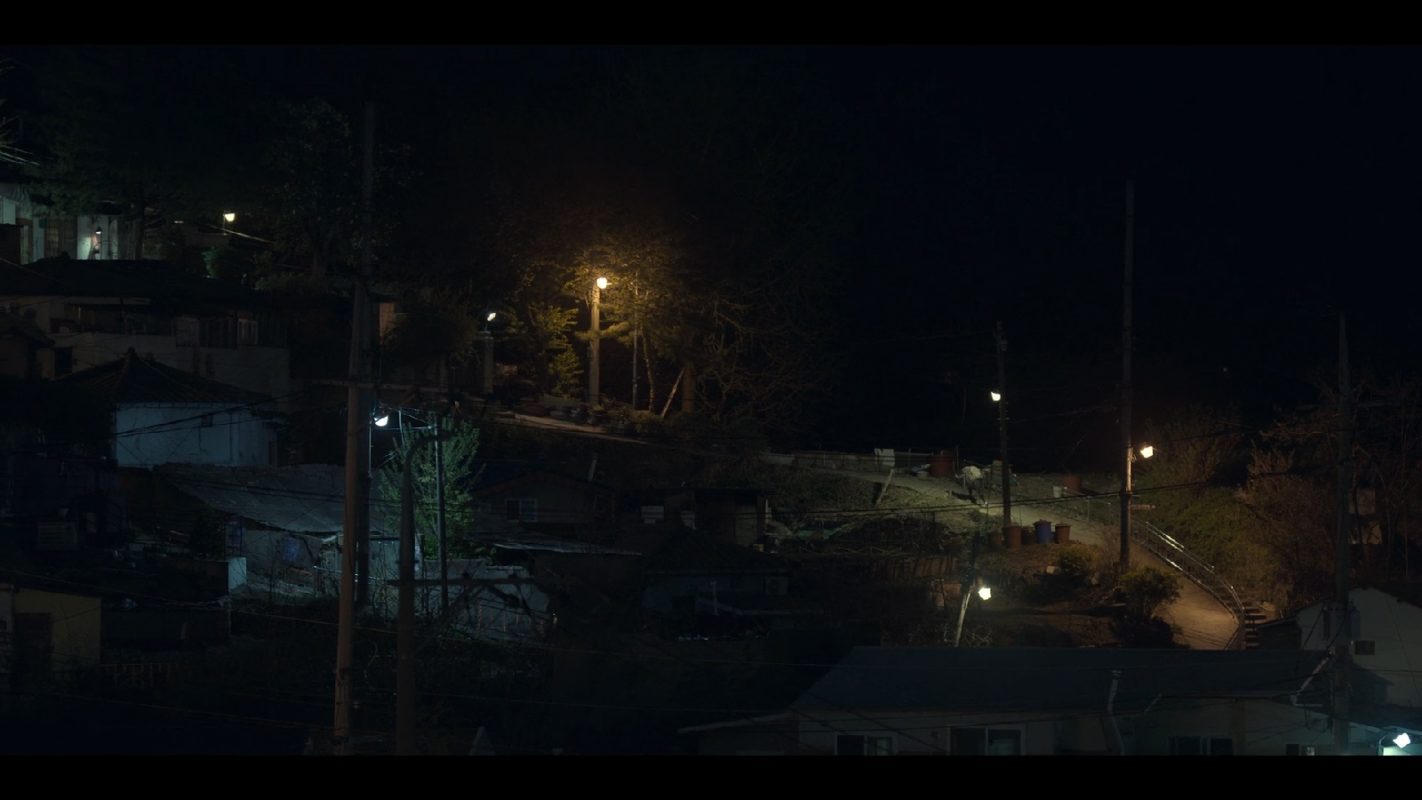 No. 2-55 — This is the home of Yoon Ah-yi (Choi Sung-eun) in The Sound of Magic (Annarasumanara/안나라수마나라) (Netflix, 2022) as seen, for instance, in episode 4, when Ah-yi returns home and finds her sister missing.

— Roommate (룸메이트) (SBS, 2014-15), Season 2 (January 6, 2015) – the Roommates help deliver coal to the residents of this village in episode 34 “White Winter, Black Winter” and get help from the members of GOT7 and 5URPRISE.
— Gilstory Road Story (길이야기), English Edition: May 26 2015
In Gilstory 3 “The night of Bukjeong village” (English Edition), actor Kim Nam-gil shares the stories of people he met along the way while visiting this village.

Bukjeong Village [북정마을] is one of Seoul’s last daldongnae (달동네), i.e. ‘a village on a hilltop location that seems closer to the moon than the city below’. This village, also considered the last daldongnae still located within the four gates of Seoul, is located in Seoul’s neighborhood Seongbuk [Seongbuk-dong/성북동], in the Seongbuk District [Seongbuk-gu/성북구]; right underneath Waryong Park [와룡공원].

The village’s name ‘Bukjeong’ originates from the Korean word bukjeok (북적) meaning ‘crowded’. According to the Seoul Tourism Office, the origins of the village date back to Joseon times. It’s said that the village at the time was the production center for making meju (fermented soybeans) offered to the court. This made the village very busy and crowded, which is also how the village’s name came about. It is also referenced by its less common name ‘Pigeon Village’ (비둘마을), which symbolizes the “contrast between nature and manmade environment”, derived from the poem Seongbuk-dong Pigeon (성북동 비둘기), written by Kim Kwang-seop (김광석/金珖燮, 1905~1977) in 1969. Set against the backdrop of this village, the Korean poem (which can be read further below) is a lament of the “destruction of nature and loss of humanity”.

Today, the village consists of a “cluster of some 500 tiled-roofed houses built in the 1960-70s”. It is said that people built this oval-shaped village close to the fortress wall in the 1950s when they lost their homes due to urban development caused by industrialization. People continued to move here during the 1960s and 1970s for the same reasons including an “influx of refugees after Korea’s liberation from Japanese colonial rule.” In 1998, Seoul Metropolitan Government had marked the area for planned redevelopment and maintenance area; in August 2011, it was designated as a redevelopment zone. The latter created discussions among “[o]utsiders want to develop it quickly, but residents want to improve it in this state”.

A little later, at the end of the 2010s (it garnered a lot of media attention in the year 2016), young artists, designers, theater artists, and architects, discovered this village and established their work spaces such as design studios. There are also cafes here, like the one run by singer-songwriter Kim Geo-ji (김거지) —real name Kim Jung-kyun (김정균)— who moved into a house here for a month to create music. He also released an album entitled Daldongne (달동네) in 2014. One reason for artists coming here was due to being pushed out of their neighborhoods such as Daehak-ro because of rising rent.

Around the same time, older residents were observed to have moved out of this village in the mid-2010s, which at that time had a 39% of poverty rate with 64% of the houses being old. The number of empty houses increased so much at the time, that SBS dedicated the 2nd episode ‘Empty House 2 – Yes, I’m in Seongbuk-dong (빈집2 – 네 성북동입니다)’ of their show Empty House to the around 40 empty houses of this village. The show’s title is in fact a play on a usual K-Drama greetings where a rich chaebol wife would answer the phone in greeting with either “Pyeongchang-dong” or “Seongbuk-dong” instead of “Hello.”

Coincidentally, Bukjeong Village is said to be “a well-known shooting location for TV dramas and films set in 1960-70s Seoul”. It was also designated in 2015 as Seoul’s Future Heritage (서울미래유산, #2015-016), a title given out by the city’s government since 2012.

The village’s Simujang House (삼우정) —the house of independence activist and Buddhist monk Han Yong-un (한용운) where he spent his last years (until May 1944)— is usually mentioned as one of the sightseeing points of this village, and is also included in a Seongbuk neighborhood walking trail. The house was built in 1933 facing south instead of the north per tradition, because Han didn’t want his house to face the headquarters of Japan’s colonial government. 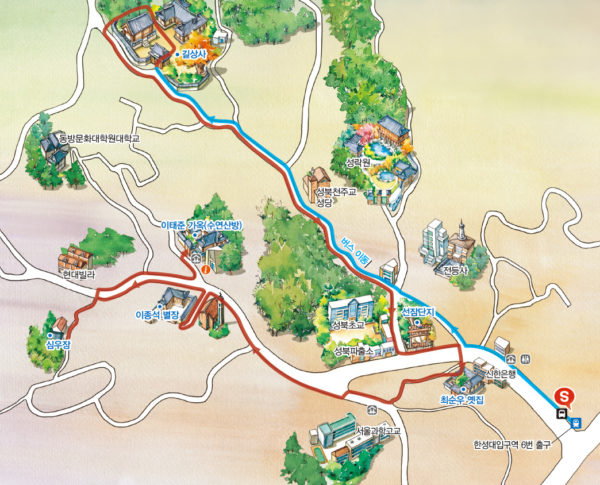