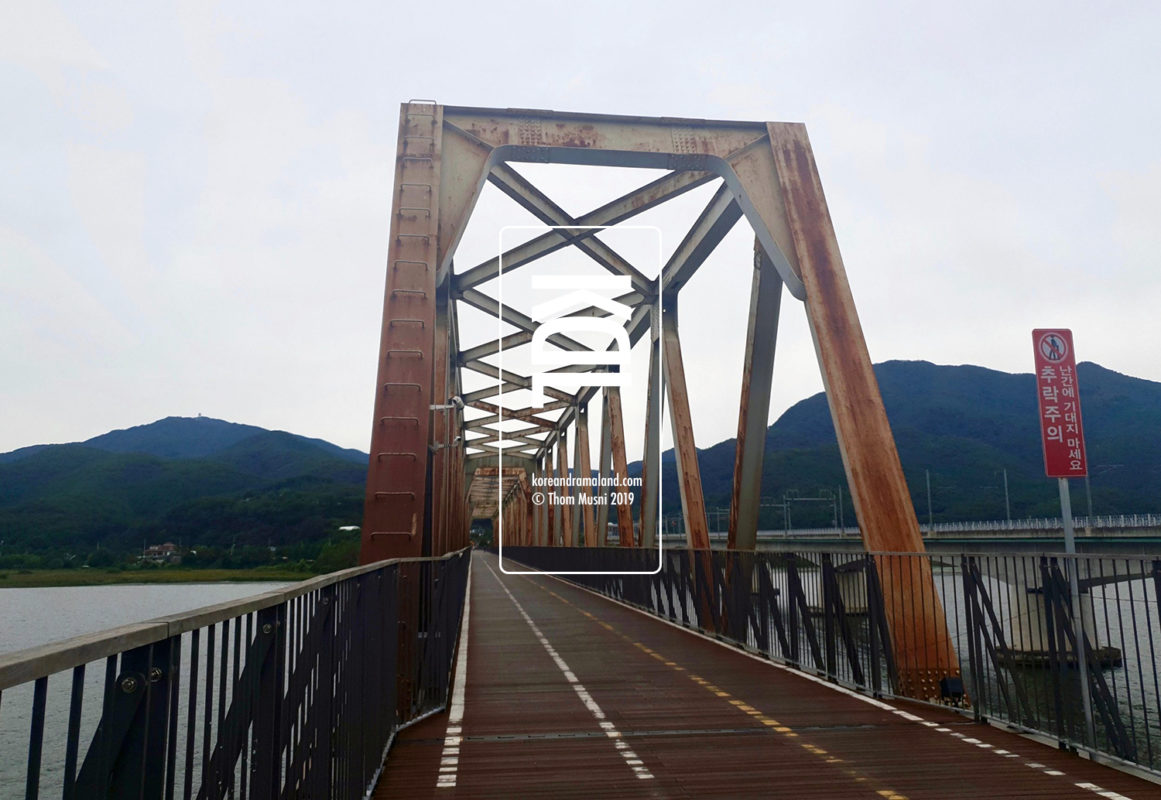 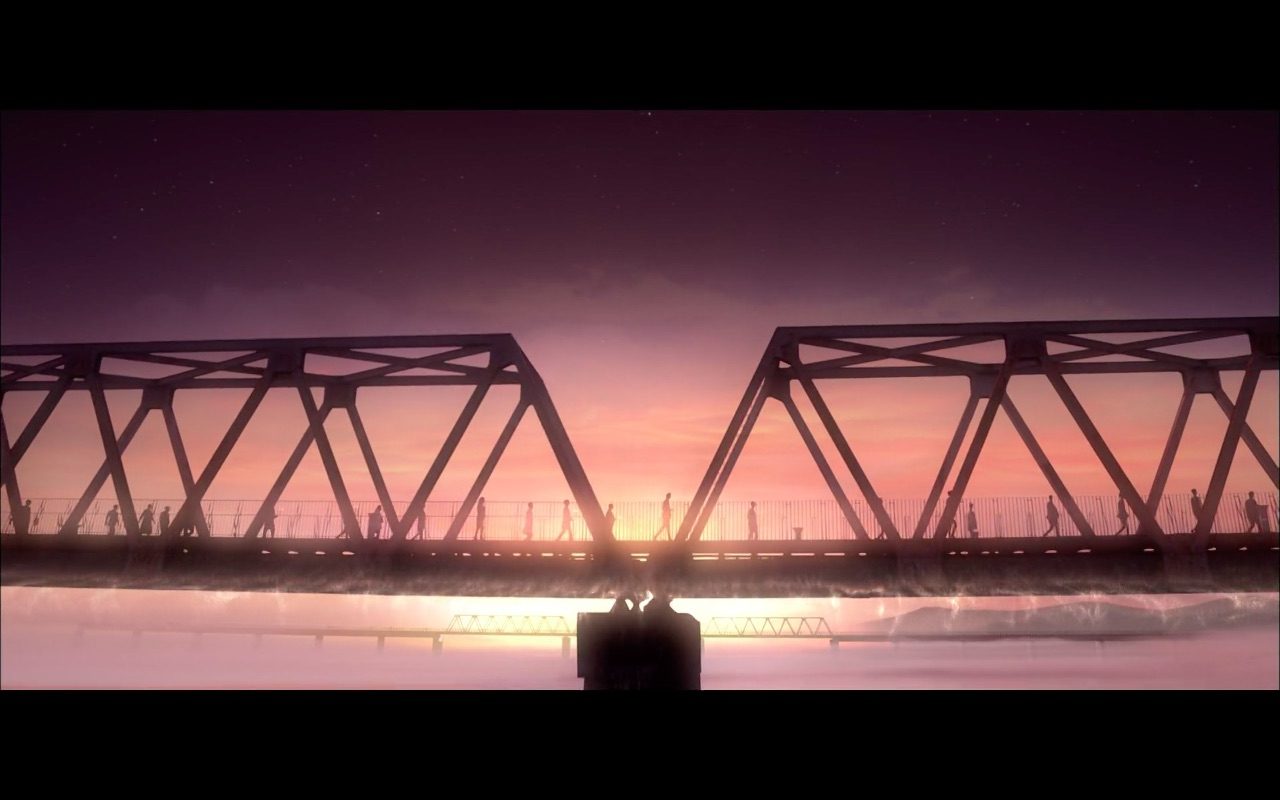 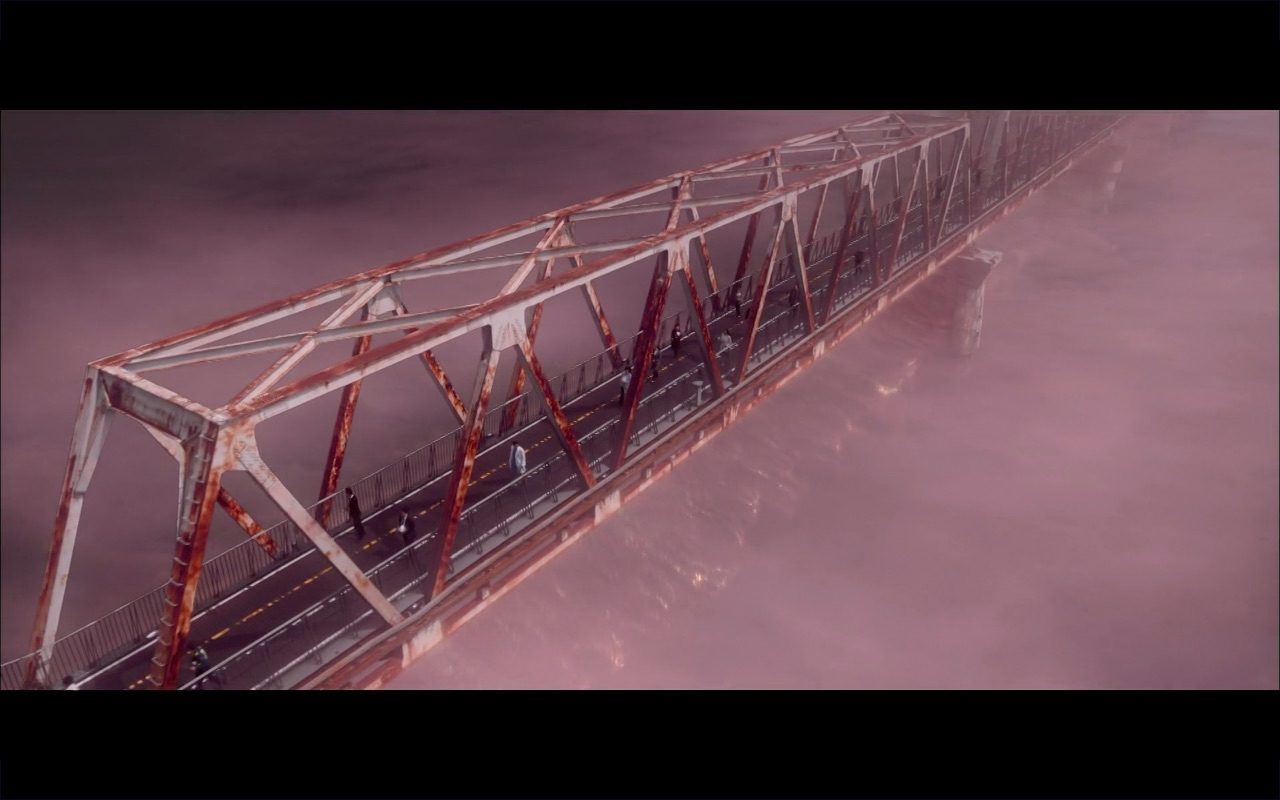 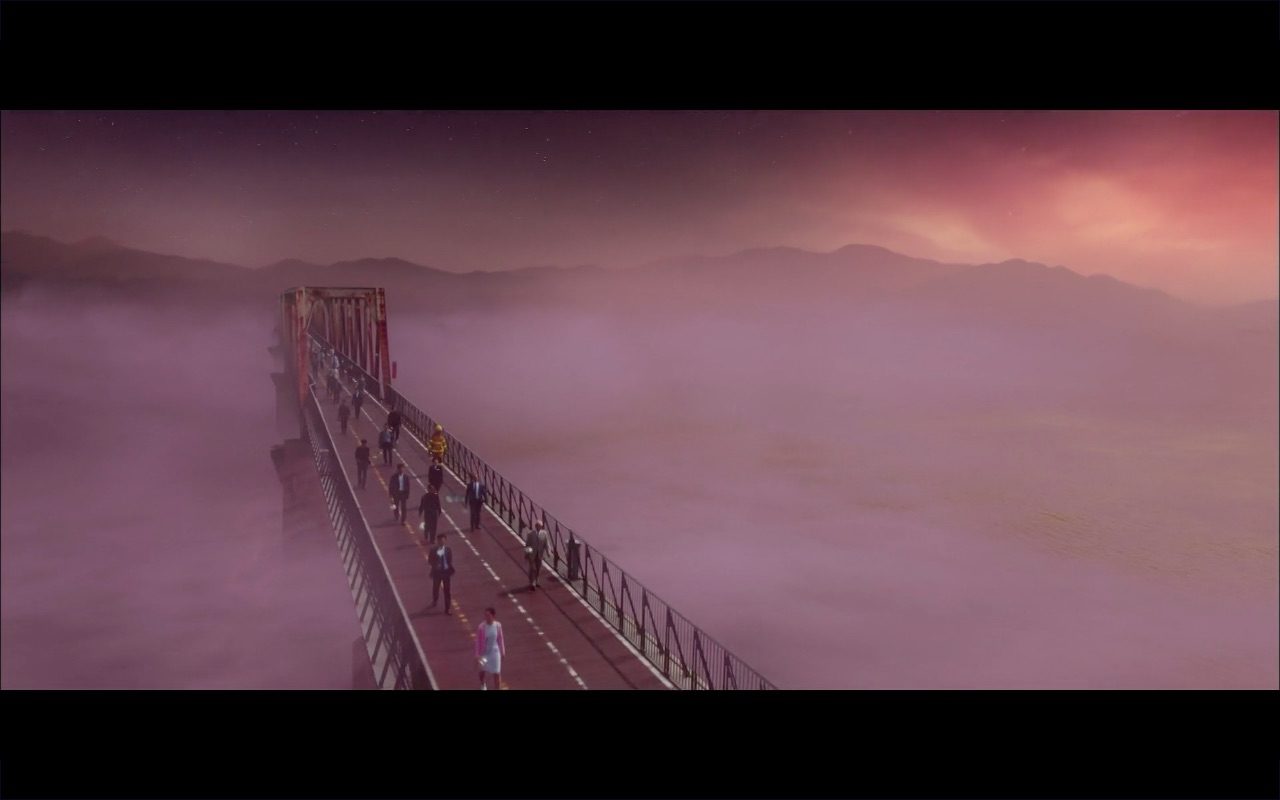 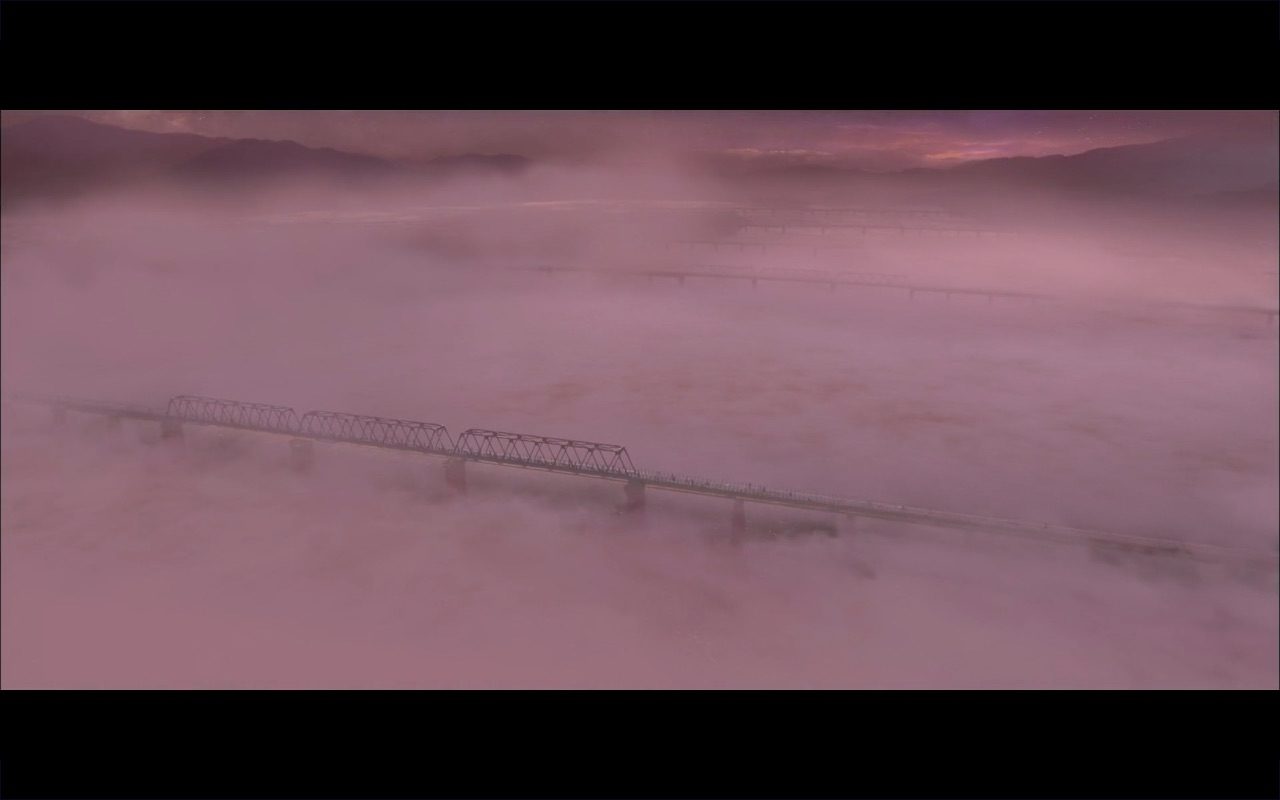 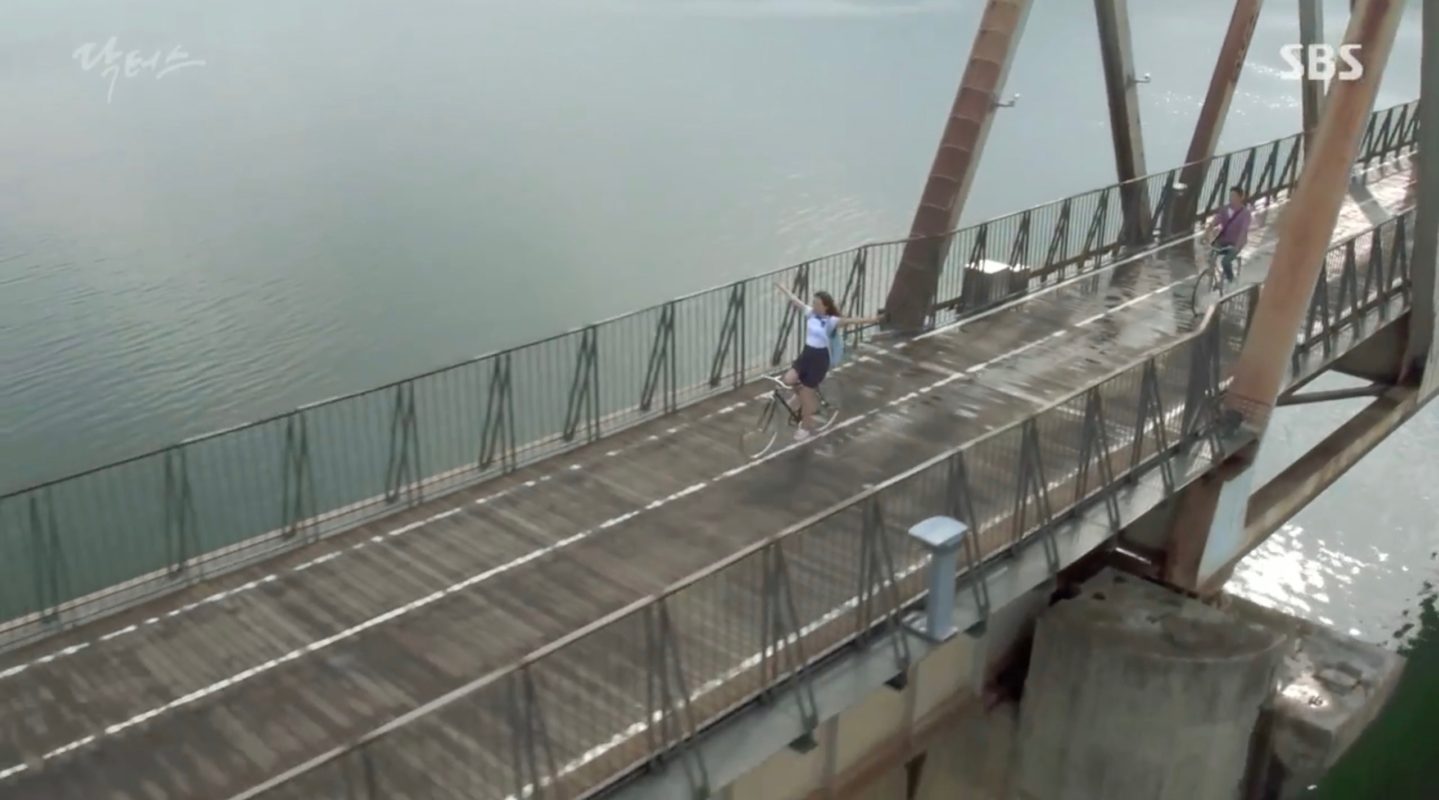 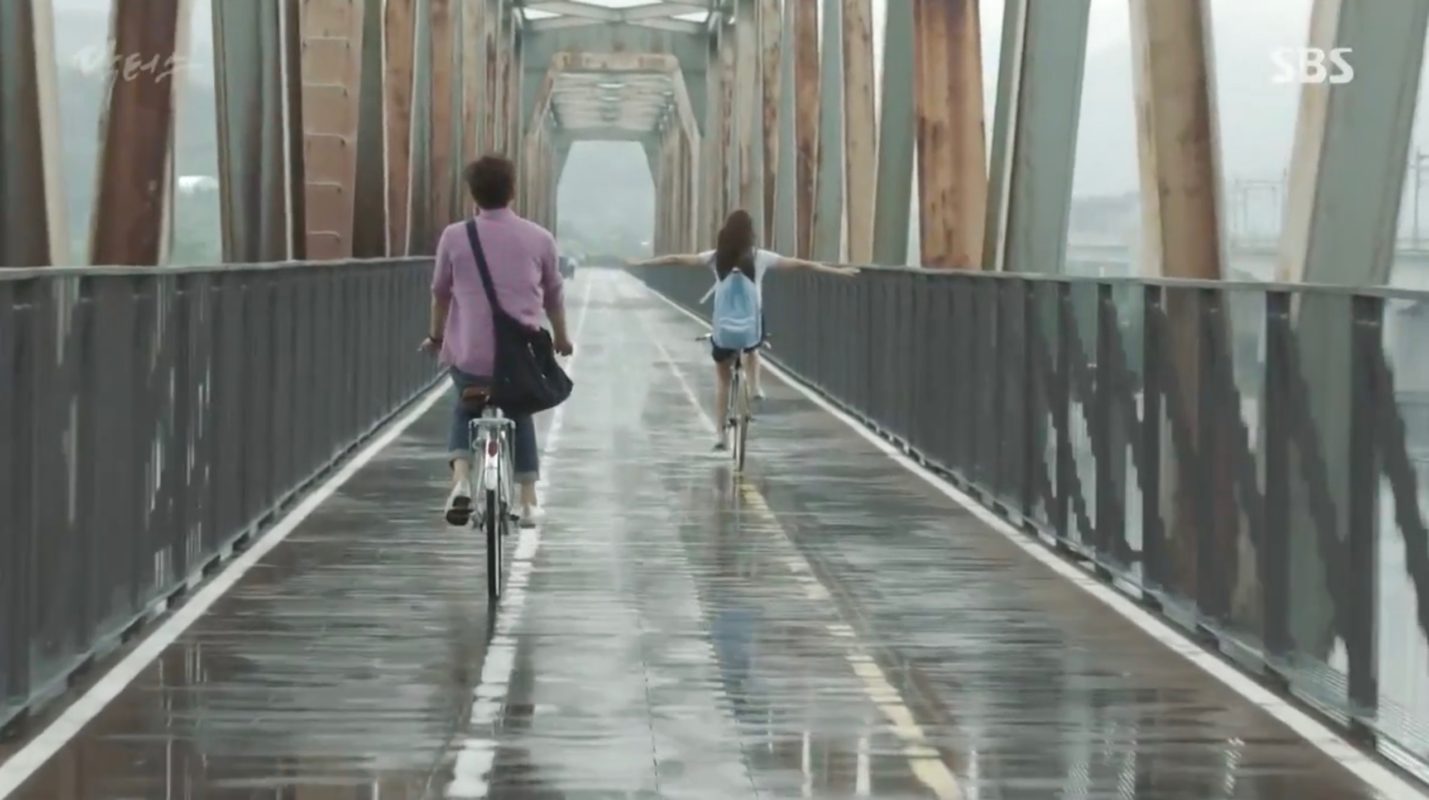 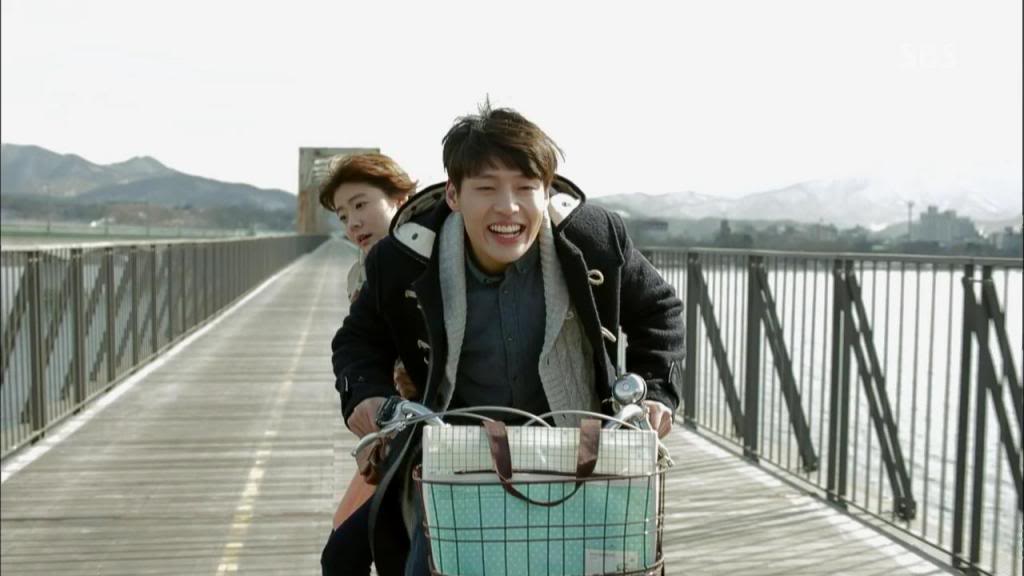 This bridge is modelled as the road to the afterlife, as seen in episode 2 and subsequent episodes of Hotel Del Luna (호텔 델루나) (tvN, 2019).

The bike course that Baek Joo-ran (Lee Yoon-ji) takes part in in episode 4 of The Third Charm / The 3rd Charm (제3의 매력) (JTBC, 2018) starts with crossing this bridge.

Bukhangang Railroad Bridge [북한강 철교/北漢江鐵橋] is a former railroad bridge served by the Gyeongchun Line (경춘선) until 2010 and crossing the North Han River [Bukhangang/북한강]. In 2010, after a new double-track bridge was built for the Gyeongchun Line, the old, abandoned railway section and bridge was transformed into a bike track and opened on October 8 2011 for the public.

The bridge, which is integrated in the Bukhangang Bicycle Path (북한강자전거길), is located in the village of Yangsu [Yangsu-ri/양수리] in Yangpyeong County’s Yangseo Township [Yangseo-myeon/양서면], around 1.5 hrs east of Seoul by public transport. If you plan to come here, you should also consider visiting Yangpyeong Dumulmeori Park [양평 두물머리], which is a little south from here.

Getting here
Ungilsan Station [운길산역], Jungang Line, Exit 2
Get out of Exit 2, turn left, keep on the sidewalk, cross the street and enter the bike lane/footbath right underneath the bridge and continue alongside it. You’ll enter a round-about soon. Make sure to turn the first right here. It seems counter-intuitive but if you continue, you’ll end up right on the bridge.

Yangsu Subway Station [양수역], Jungang Line, Exit 1
After you get out of the station at Exit 1, turn right on the street and get directly on the bike lane (you know that you are right if you pass by a parking lot with greenish walls with windows). After leaving the parking lot behind you, this will become a bike lane only and you will already see the a road sign indicating “북한강철교 Bukhan River Cheolgyo (BR) 0.9 km.” So now you only need to keep on pedalling/walking for a little less than a kilometre.