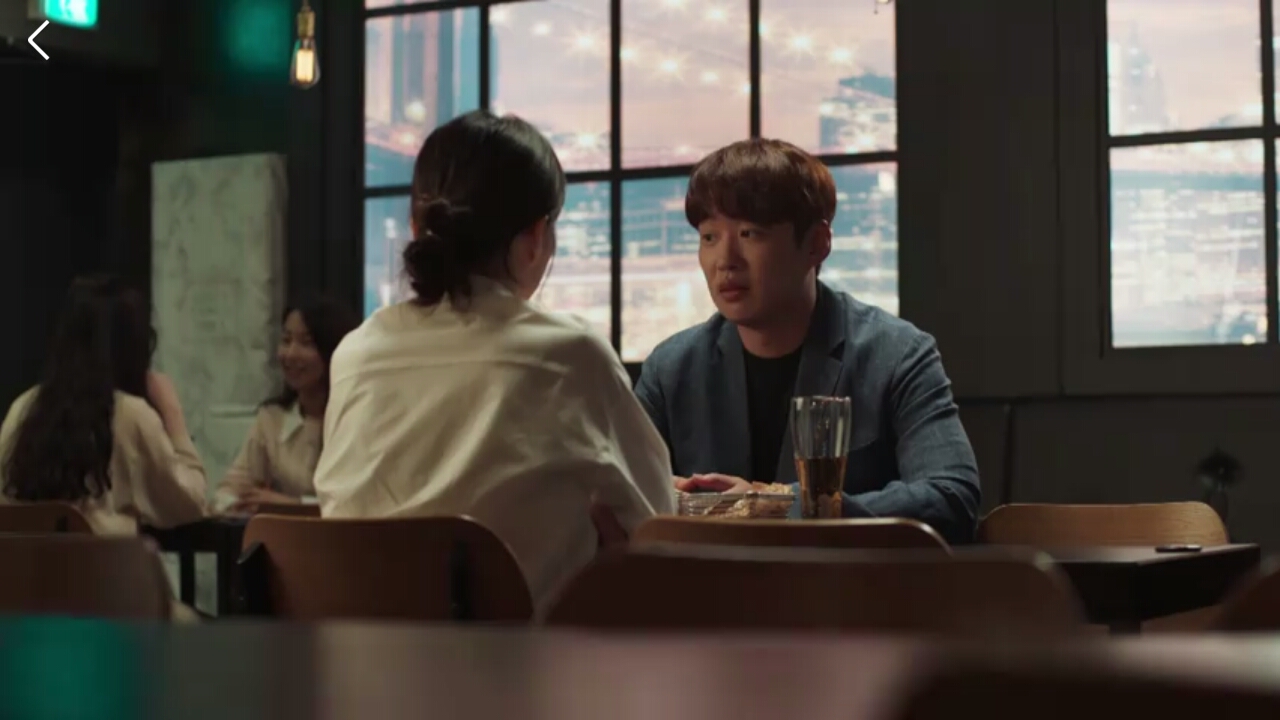 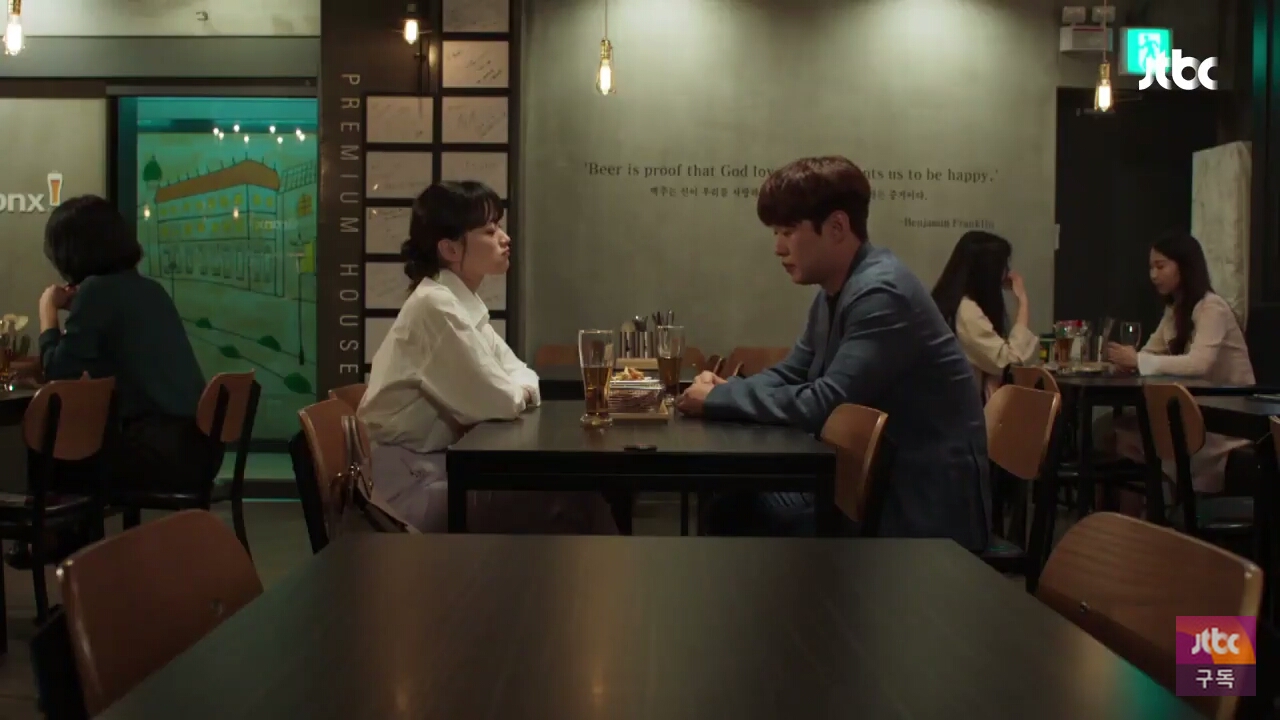 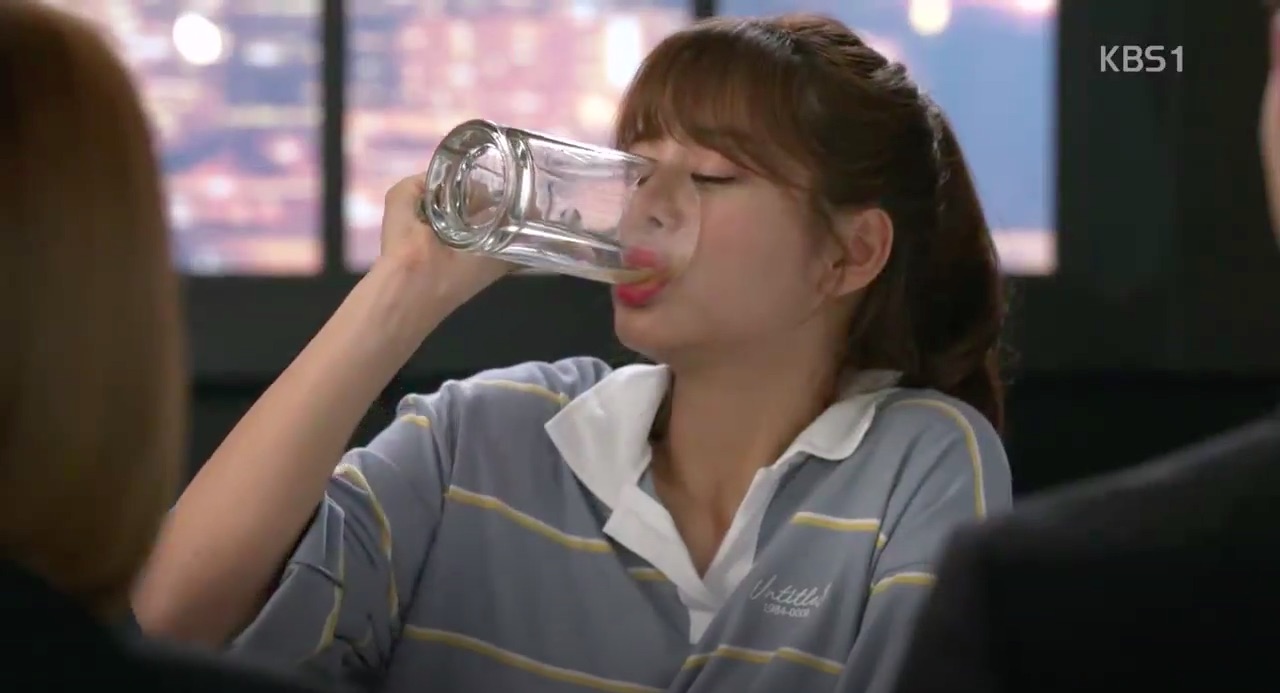 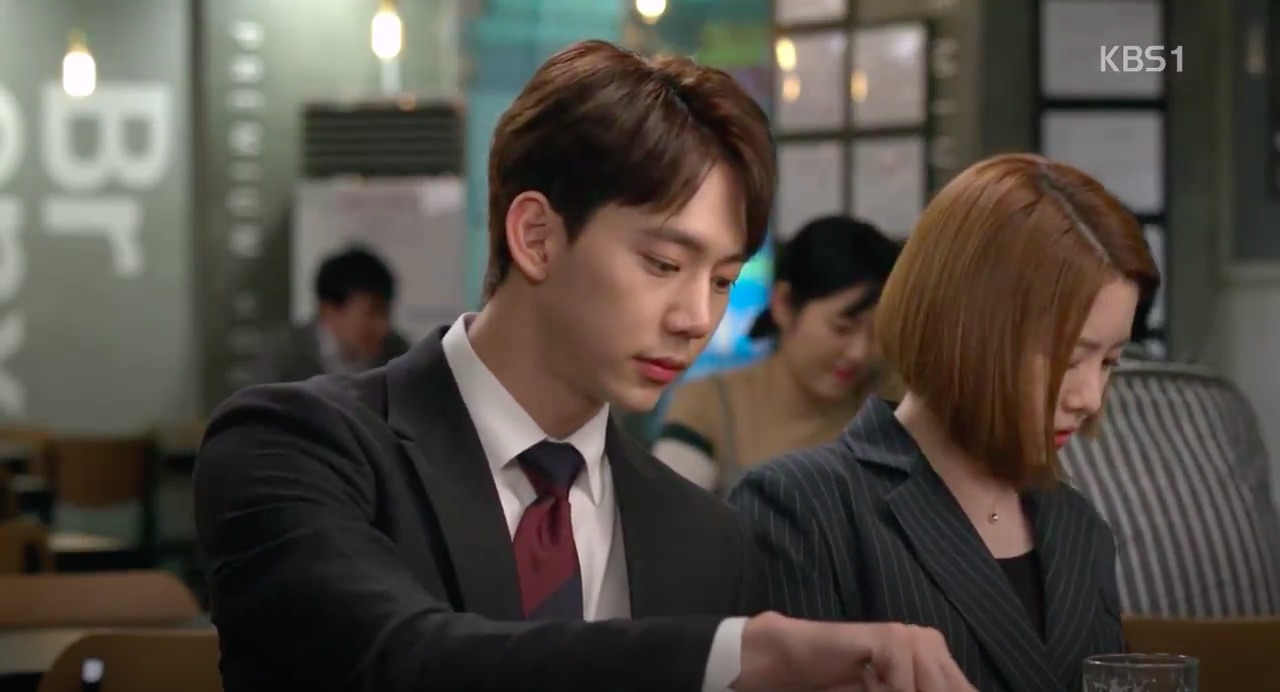 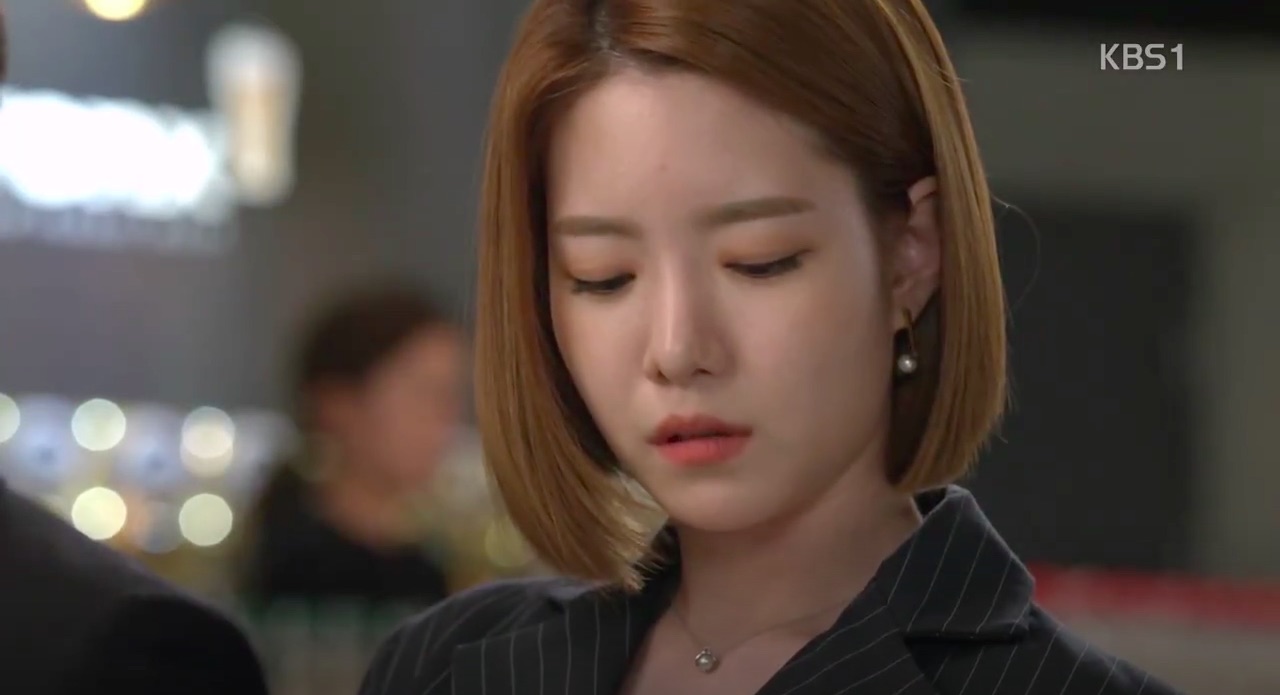 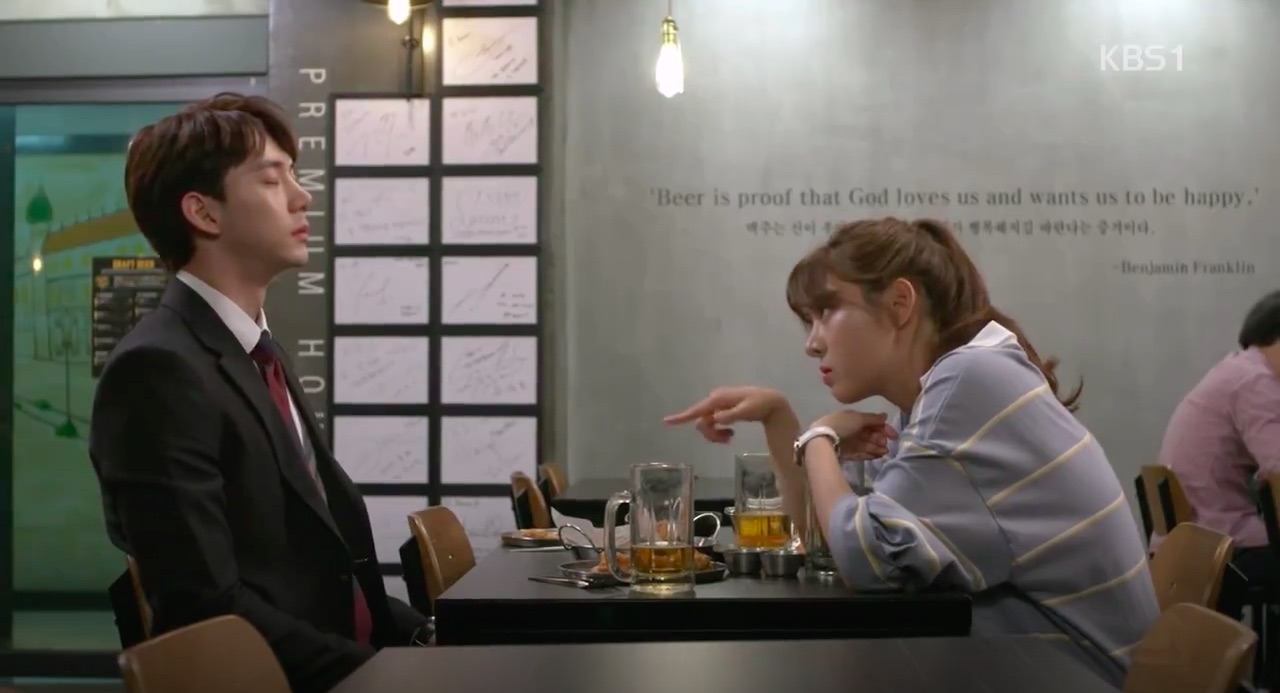 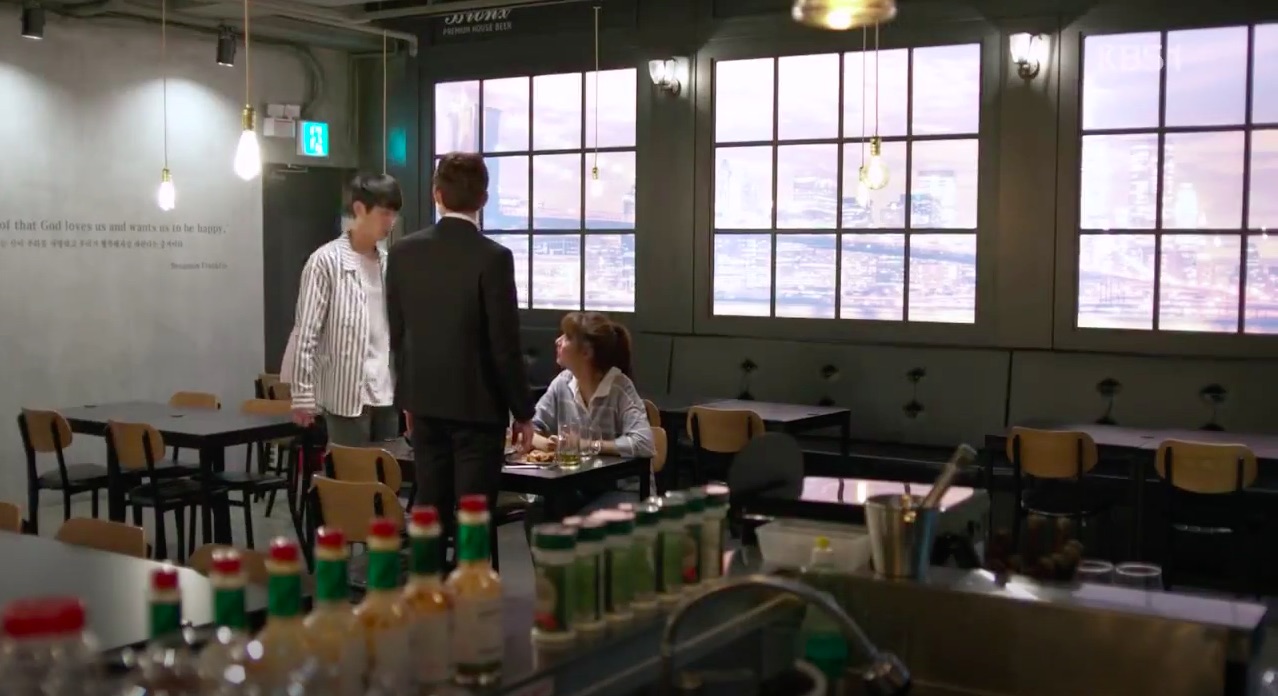 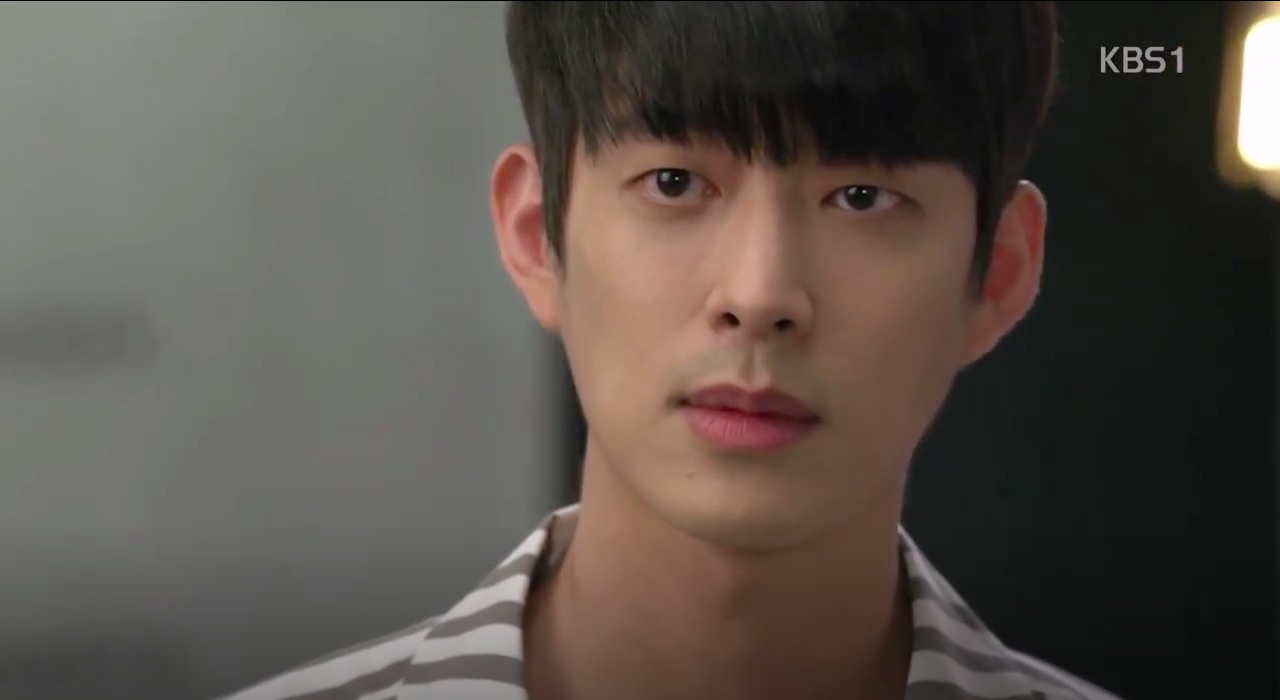 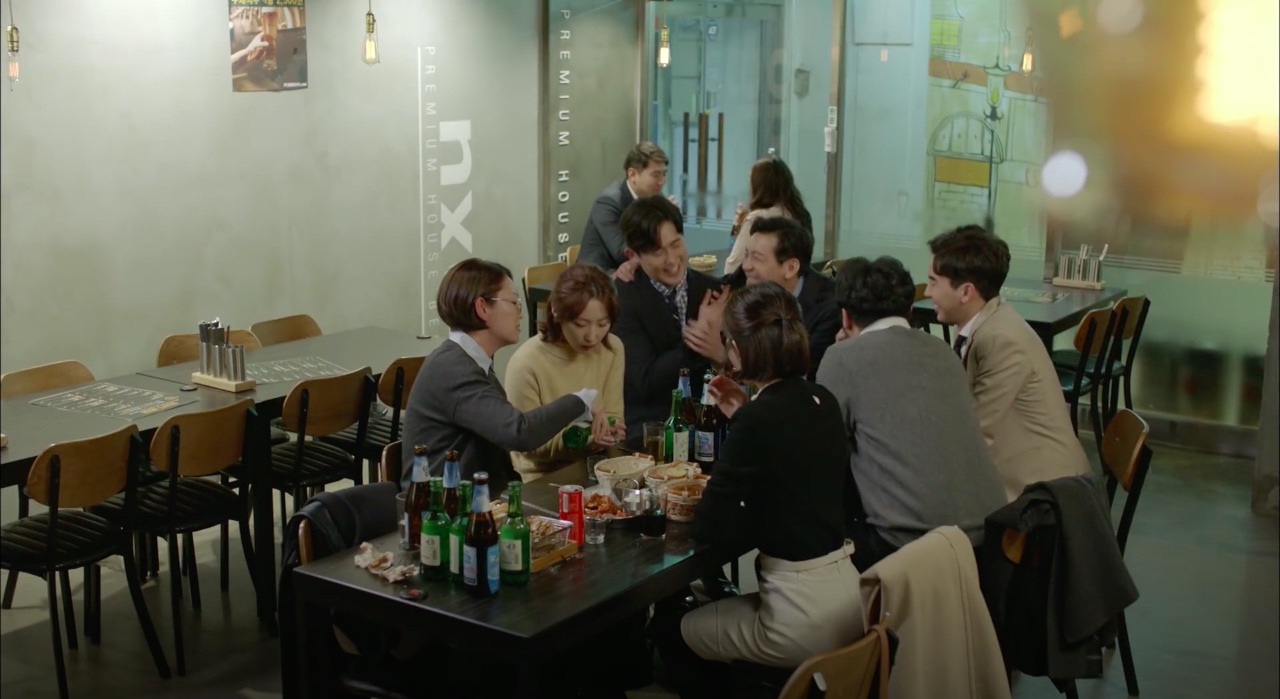 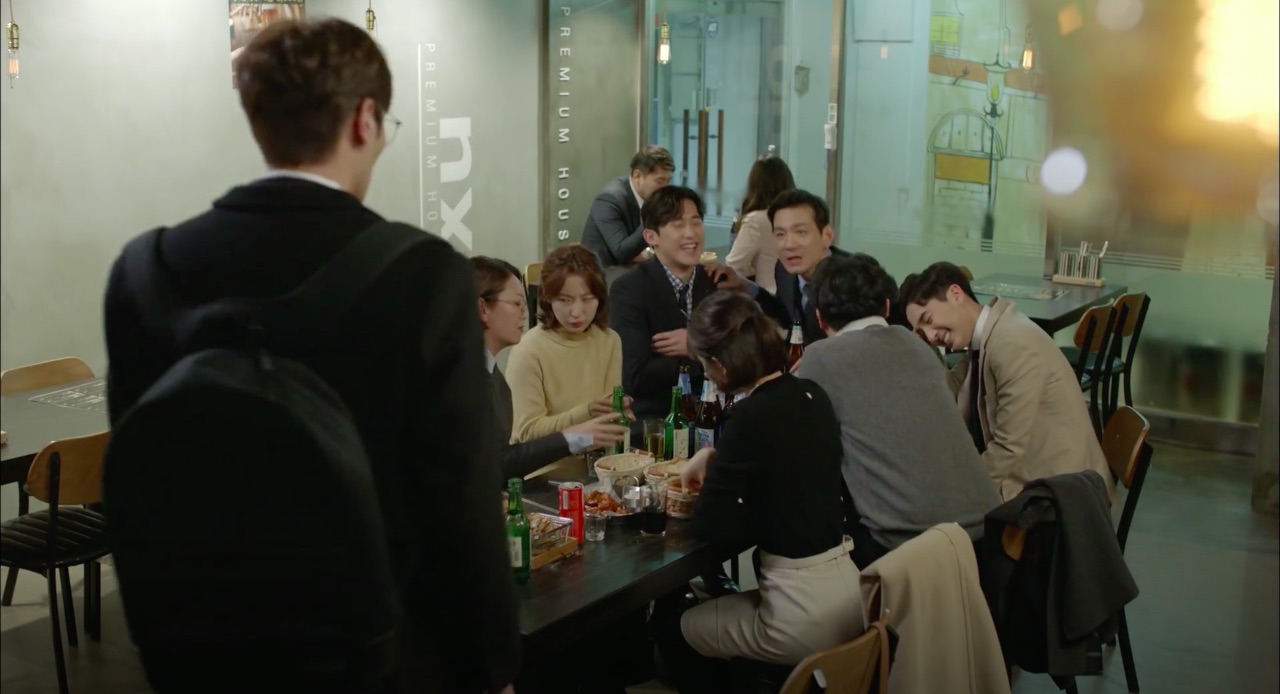 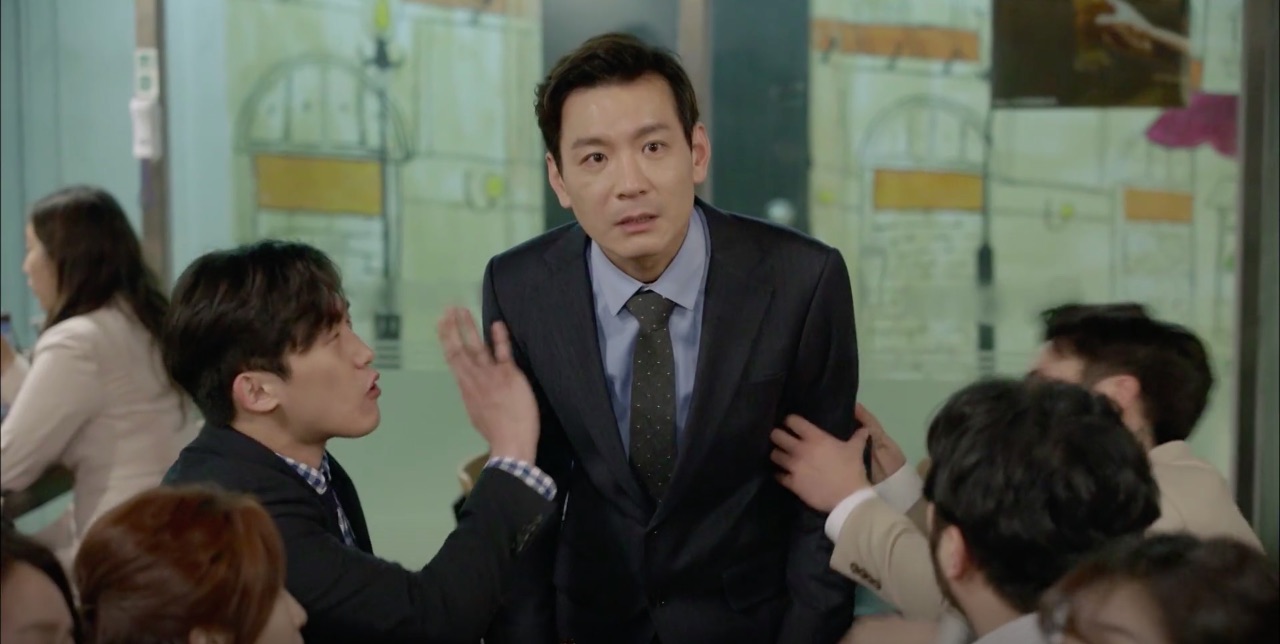 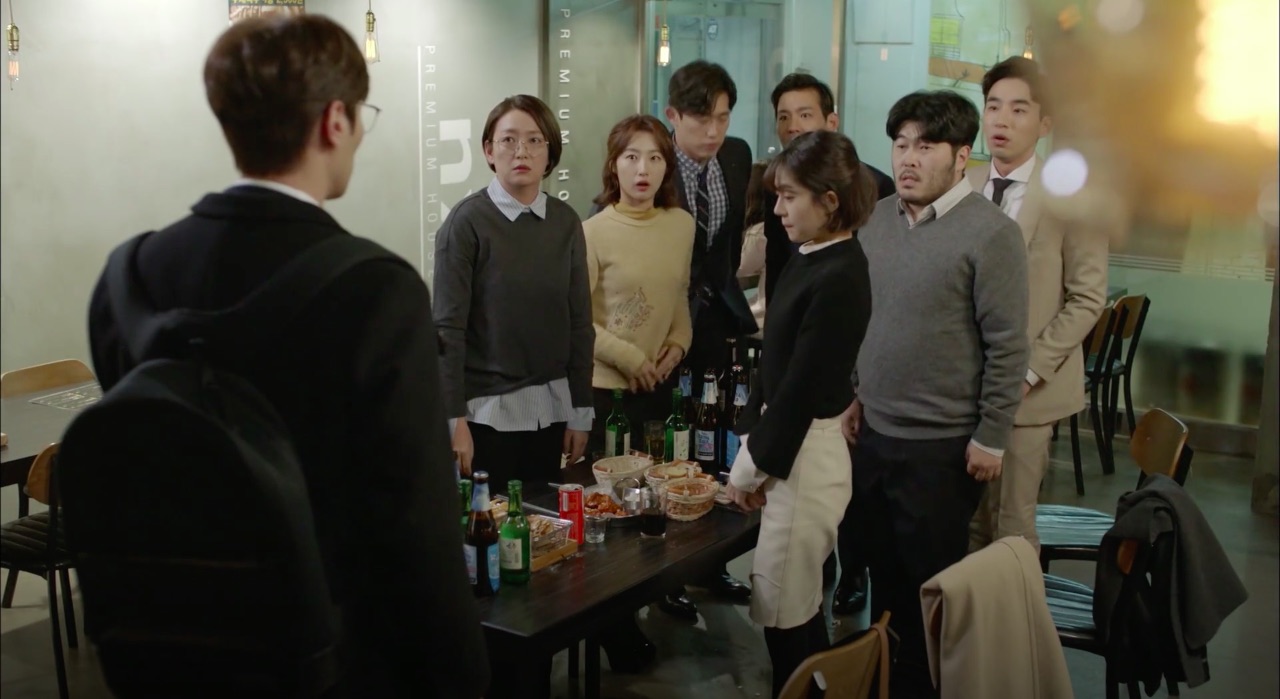 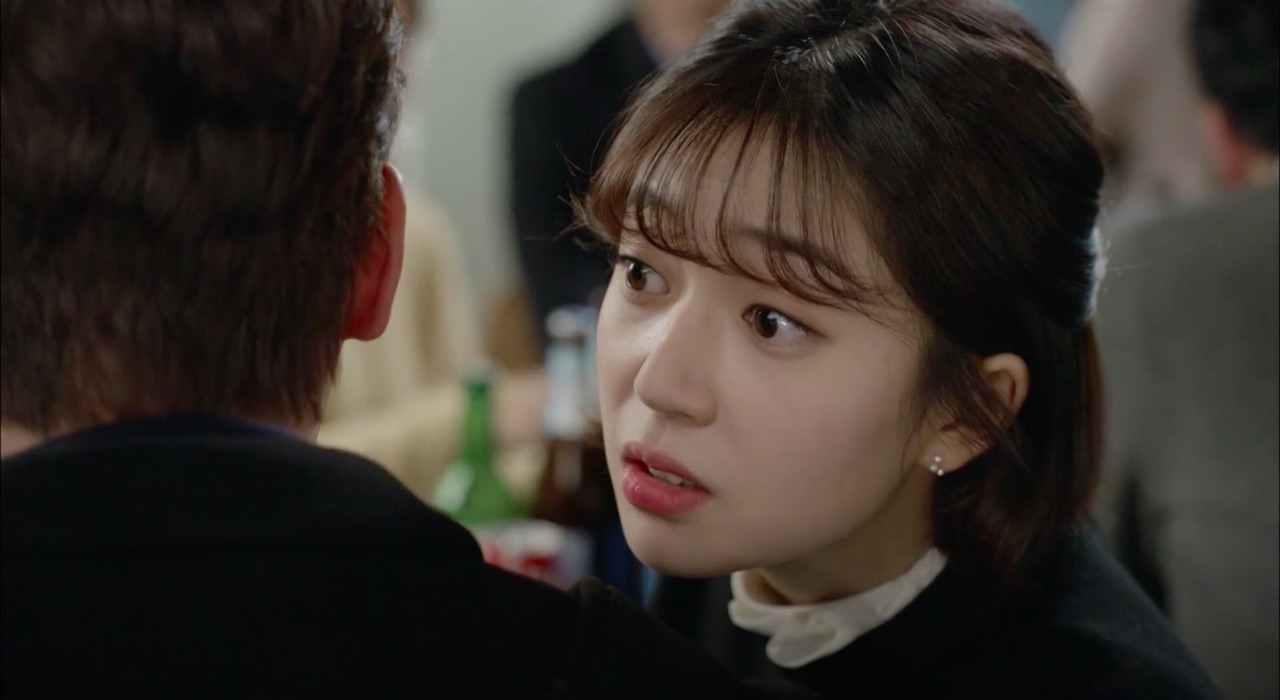 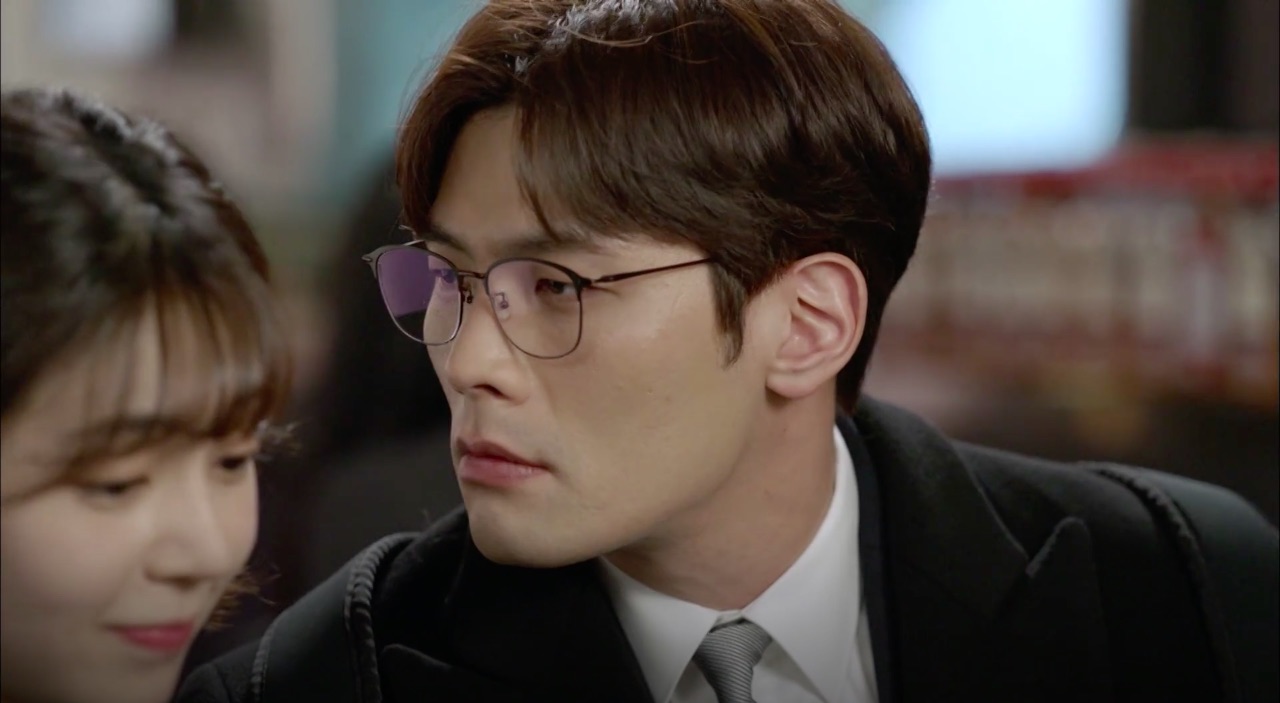 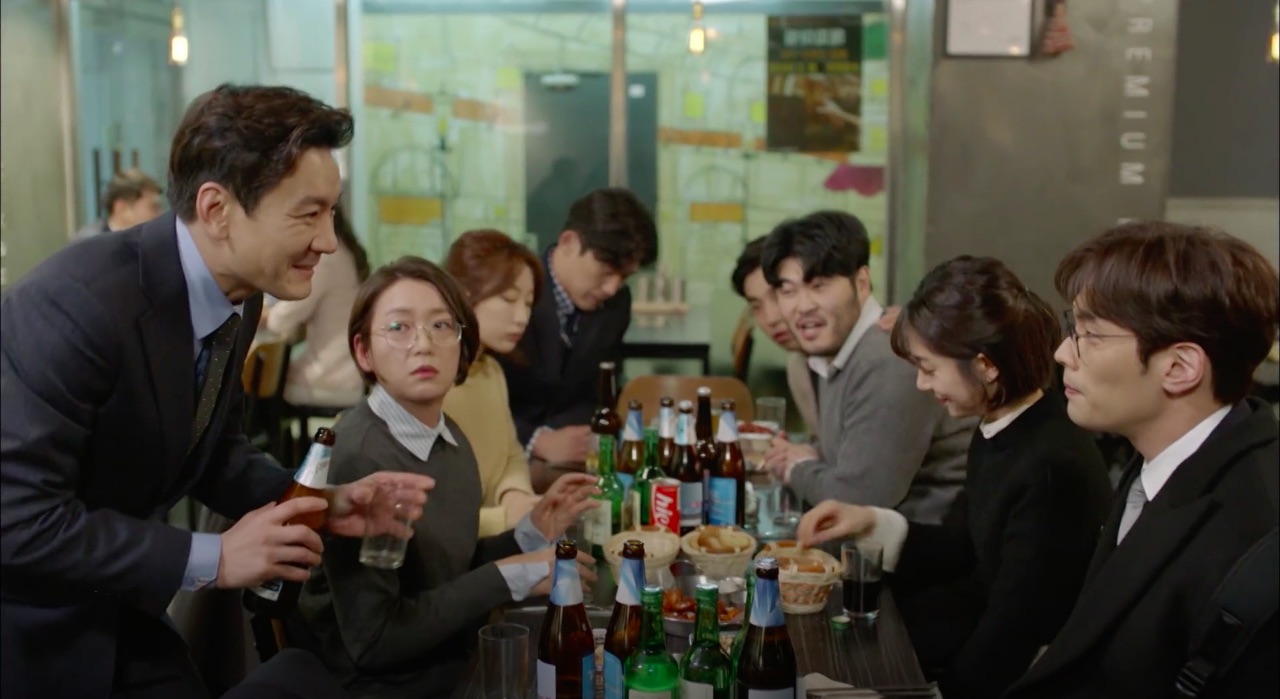 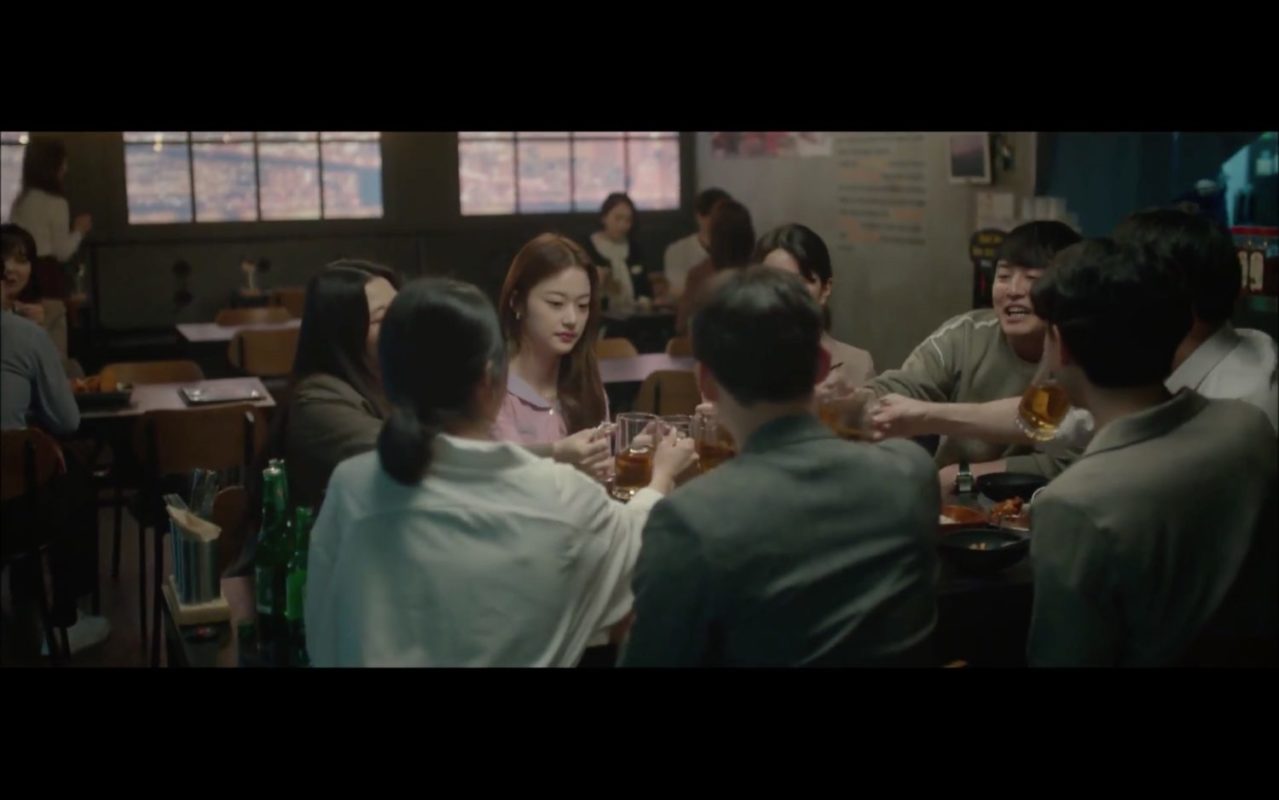 When Na Ji-na (Shin Do-hyun) and Lee Hyun-kyu (Kang Tae-oh) meet up in episode 13 of Doom at Your Service/Destruction Doom (어느 날 우리 집 현관으로 멸망이 들어왔다) (tvN, 2021), she tells how she hoped at each school reunion that she would meet him and she thinks about one that was held at this bar/restaurant.

In episode 27 of Sunny Again Tomorrow/Tomorrow Is Sunny As Well (내일도 맑음) (KBS1, 2018), Kang Ha-nee (Seo In-a) meets with Lee Han-kyul (Jin Ju-hyeong) and Hwang Ji-eun (Ha Seung-ri) at this pub to talk things out. Ha-nee has too much to drink and gets into a tiff with Han-kyul, just as Park Do-kyung (Lee Chang-wook) arrives.

Nam Chi-won (Choi Daniel) turns up for a company get-together in episode 6 of Jugglers (저글러스) (KBS2, 2017-2018) after Jwa Yoon-i (Baek Jin-hee) promises to pass him his keys when he does. Though things were a little awkward for the team at first, they were all happy to have him there.