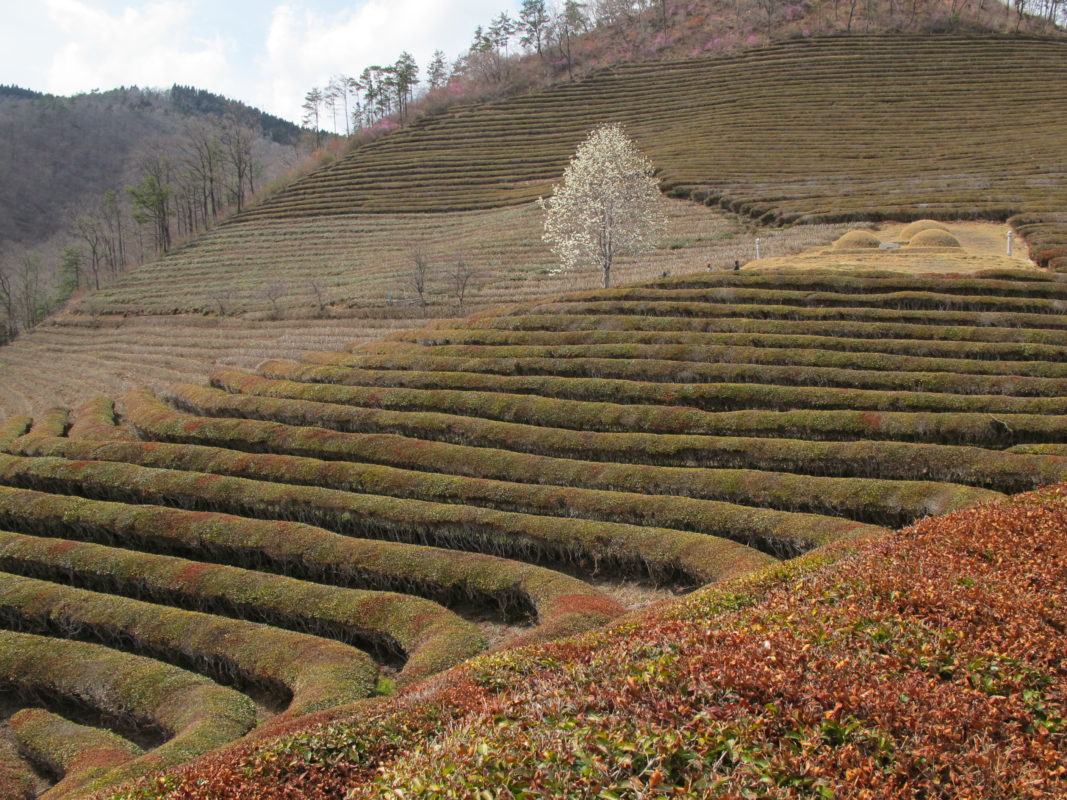 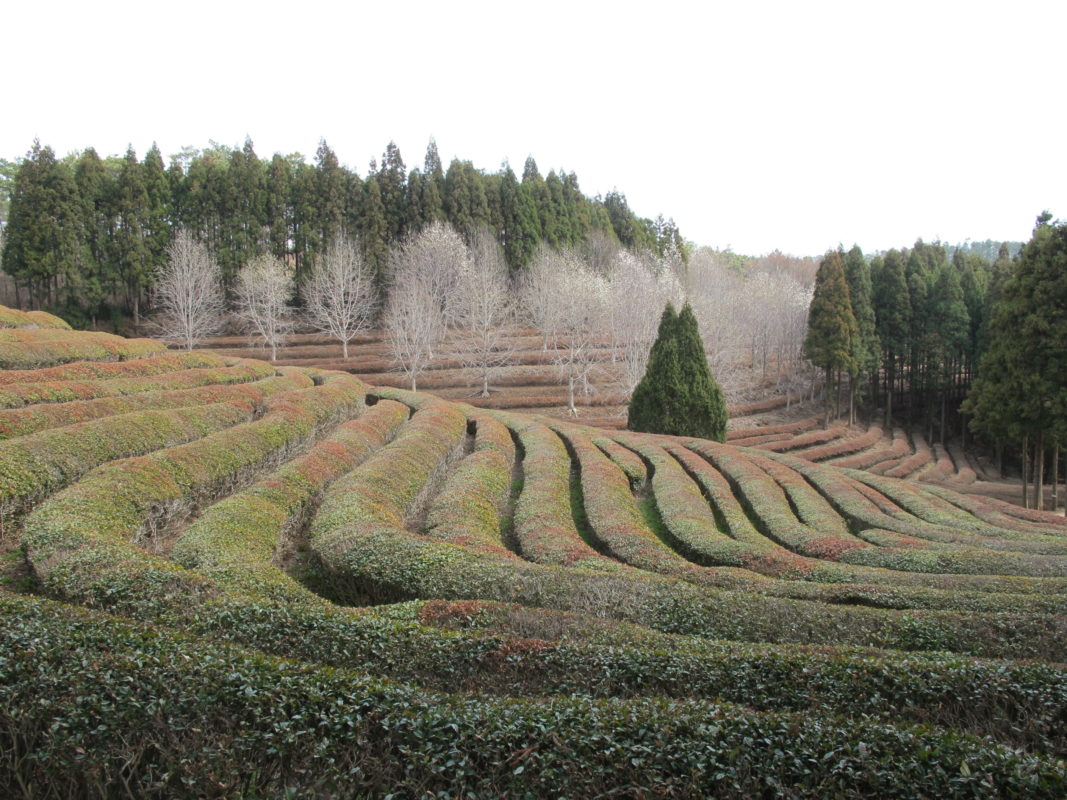 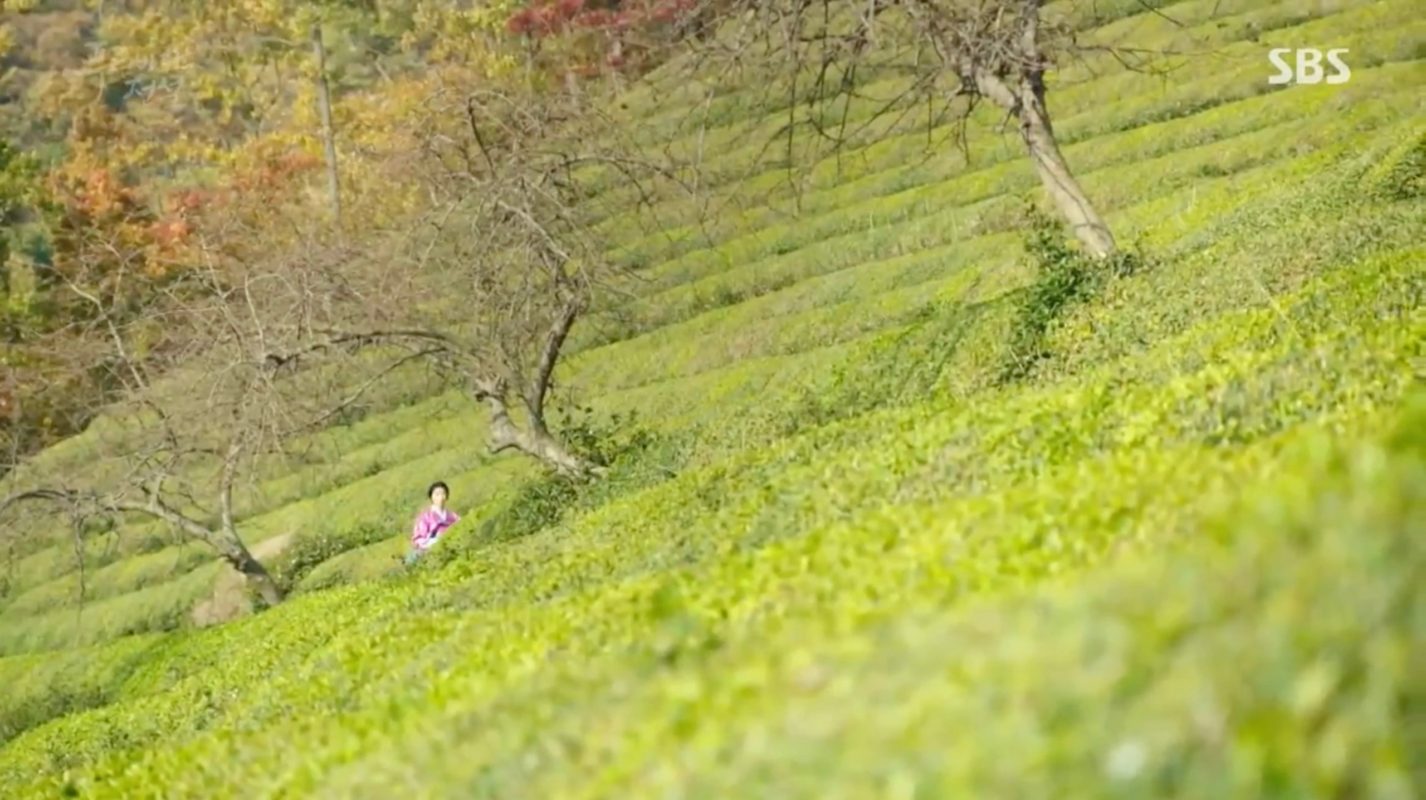 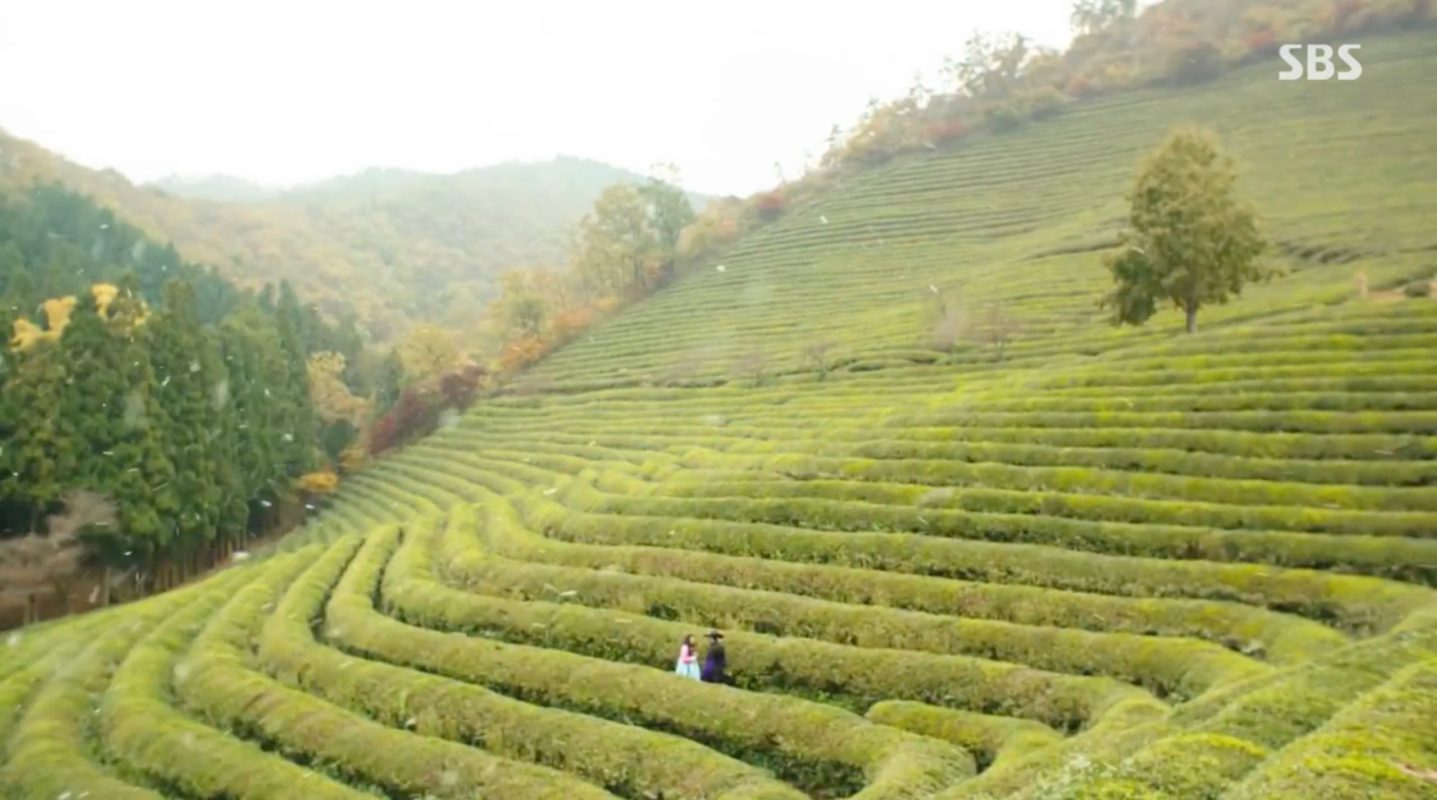 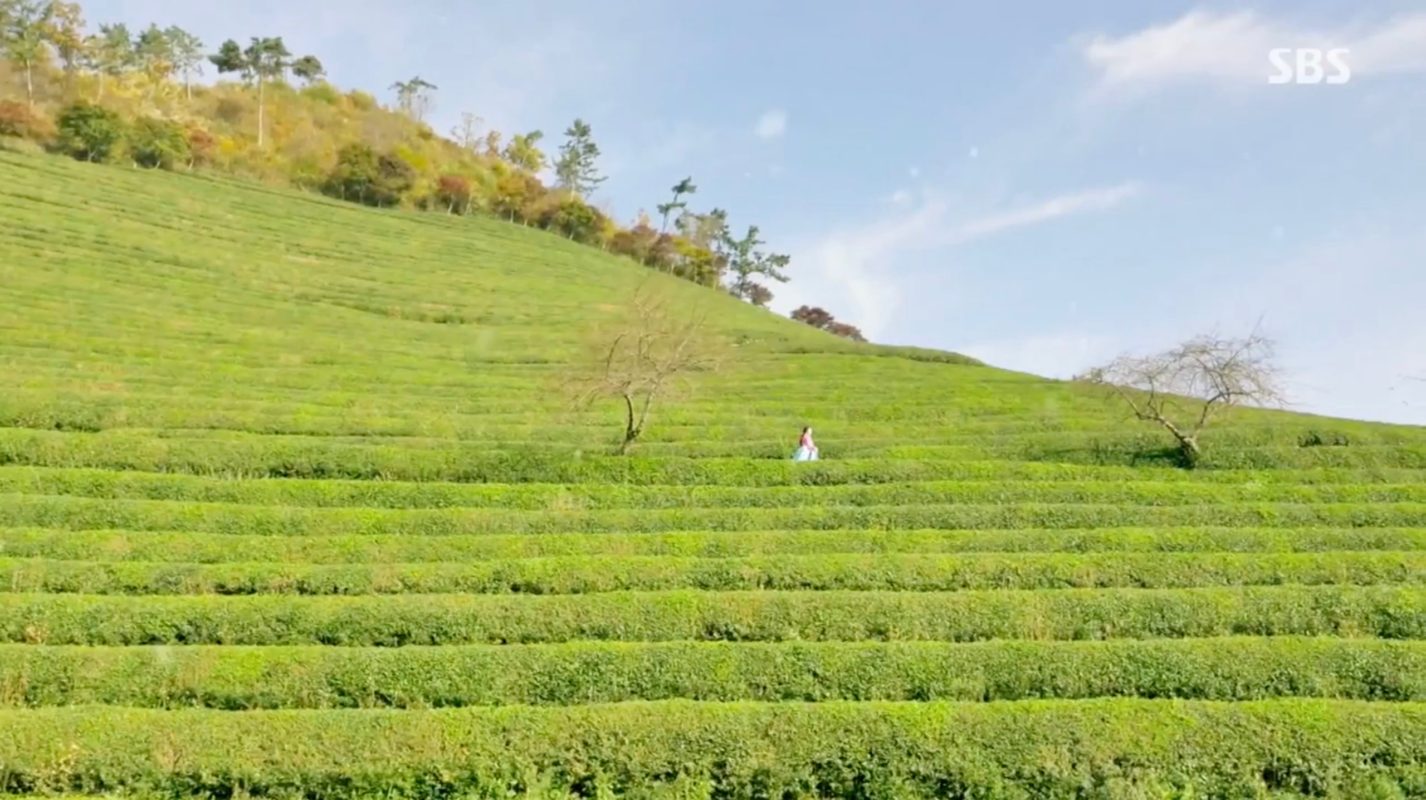 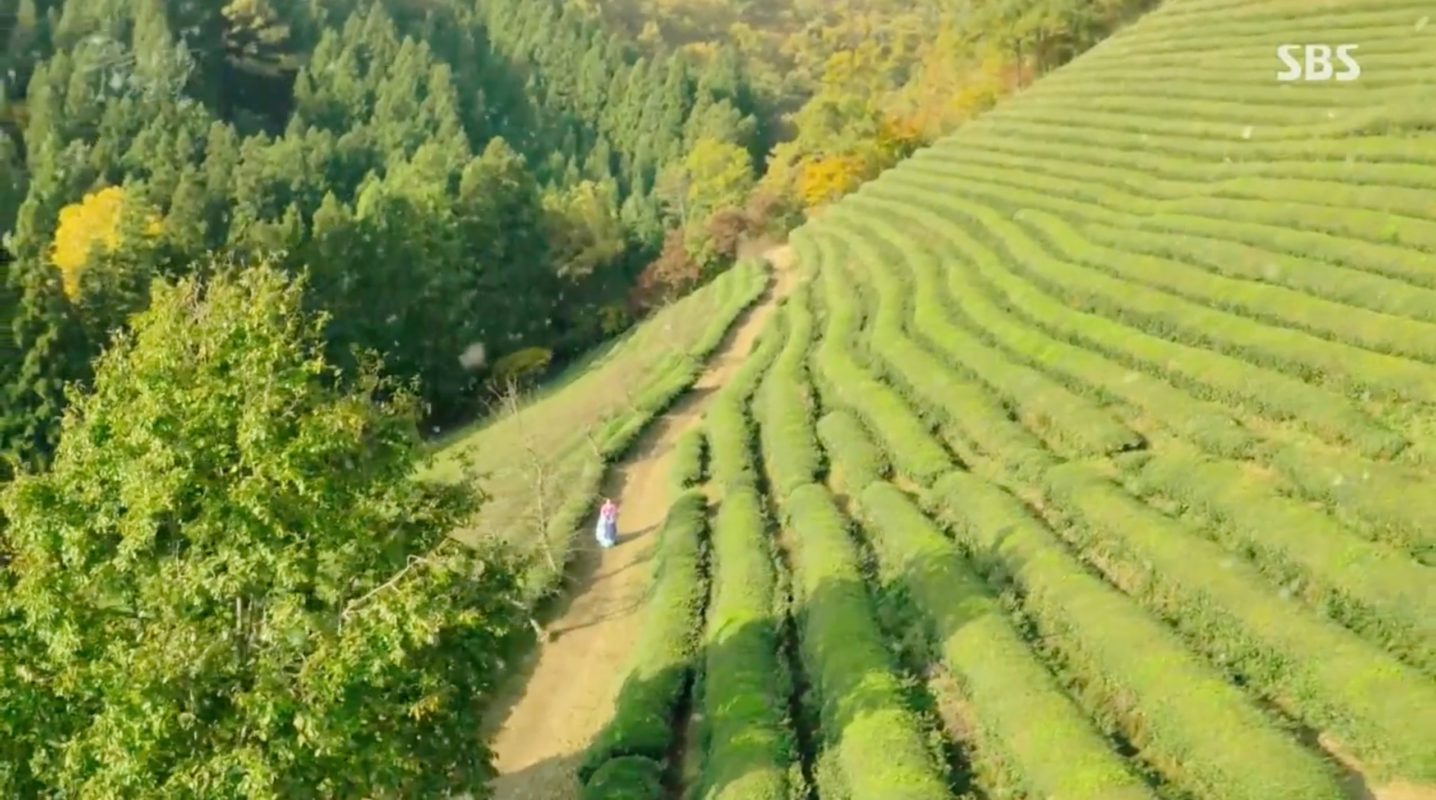 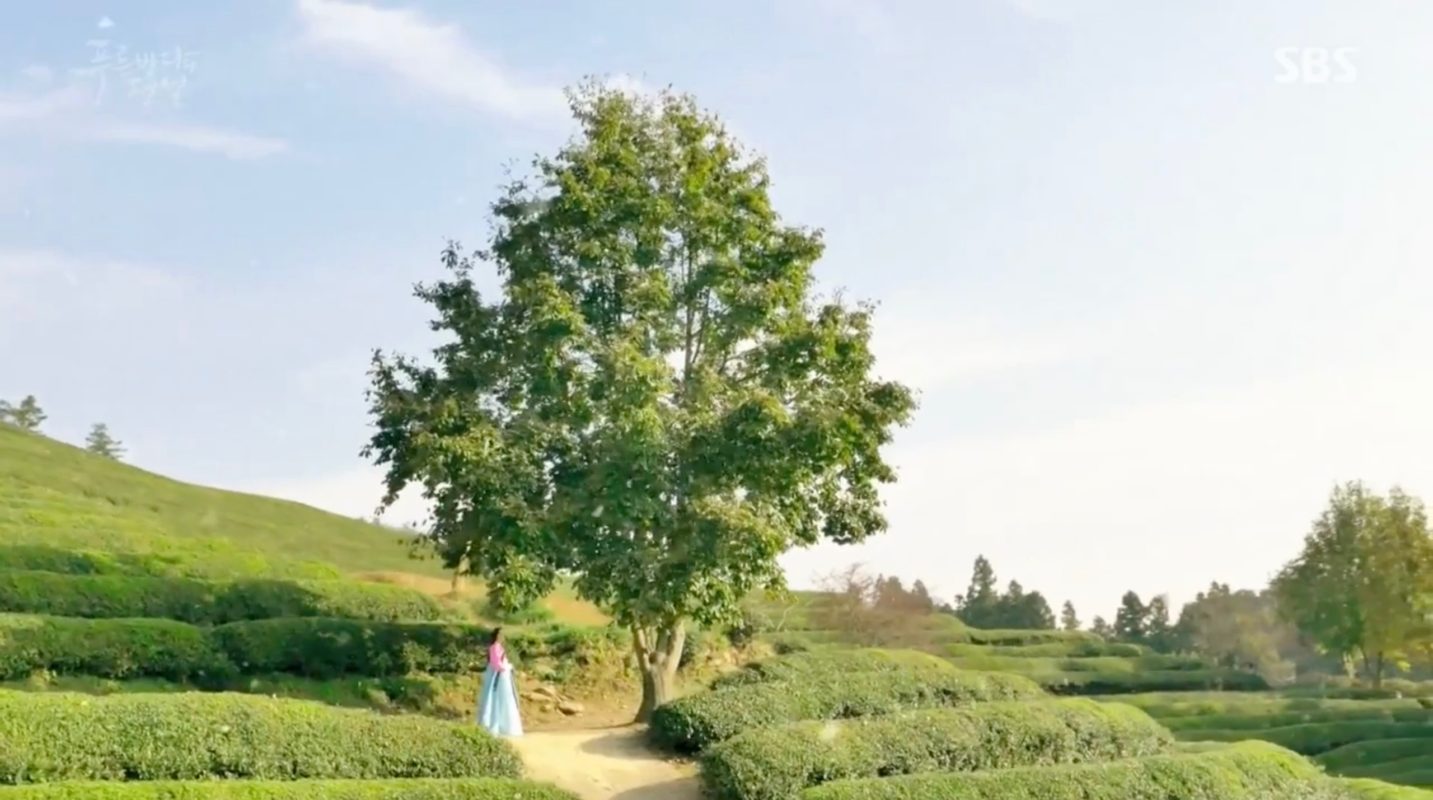 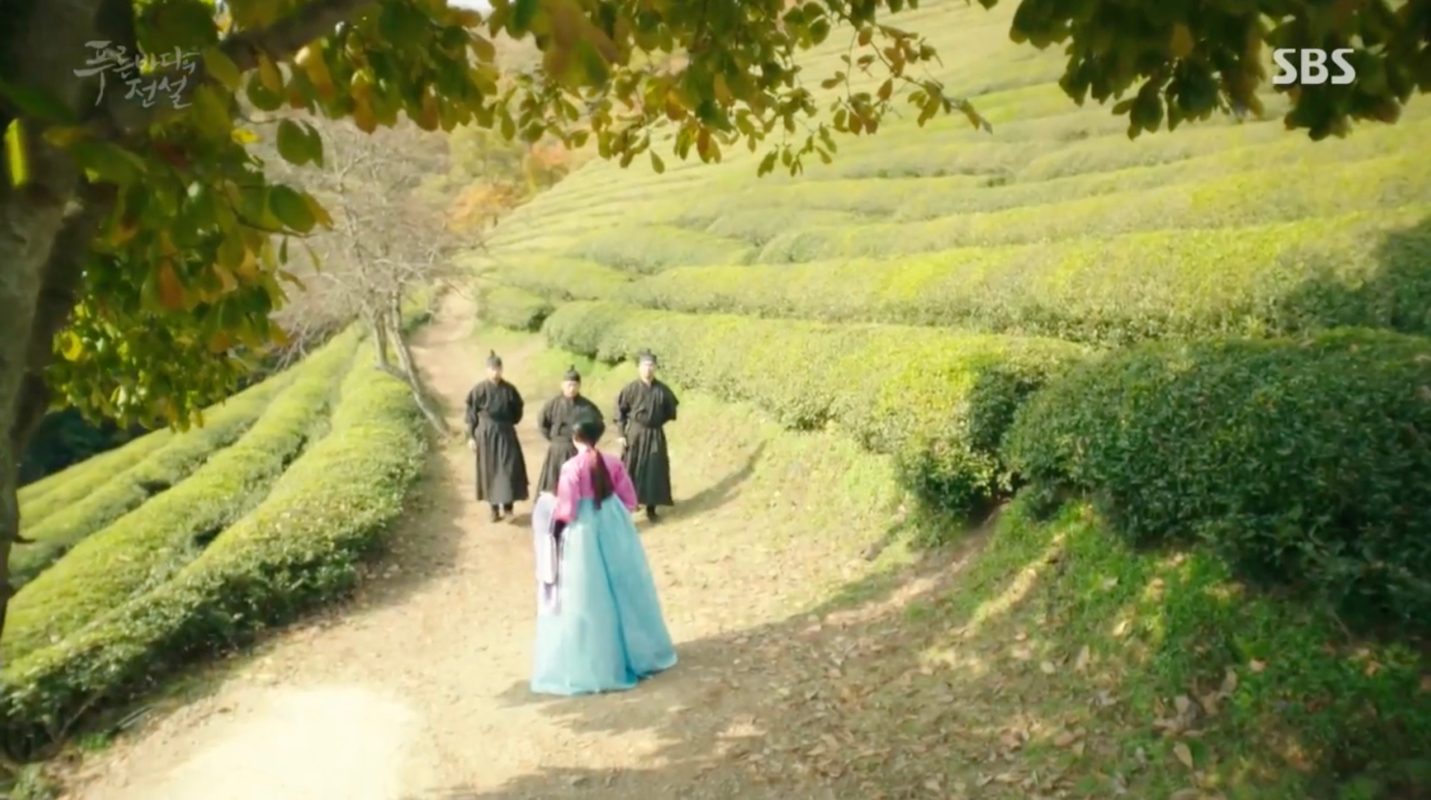 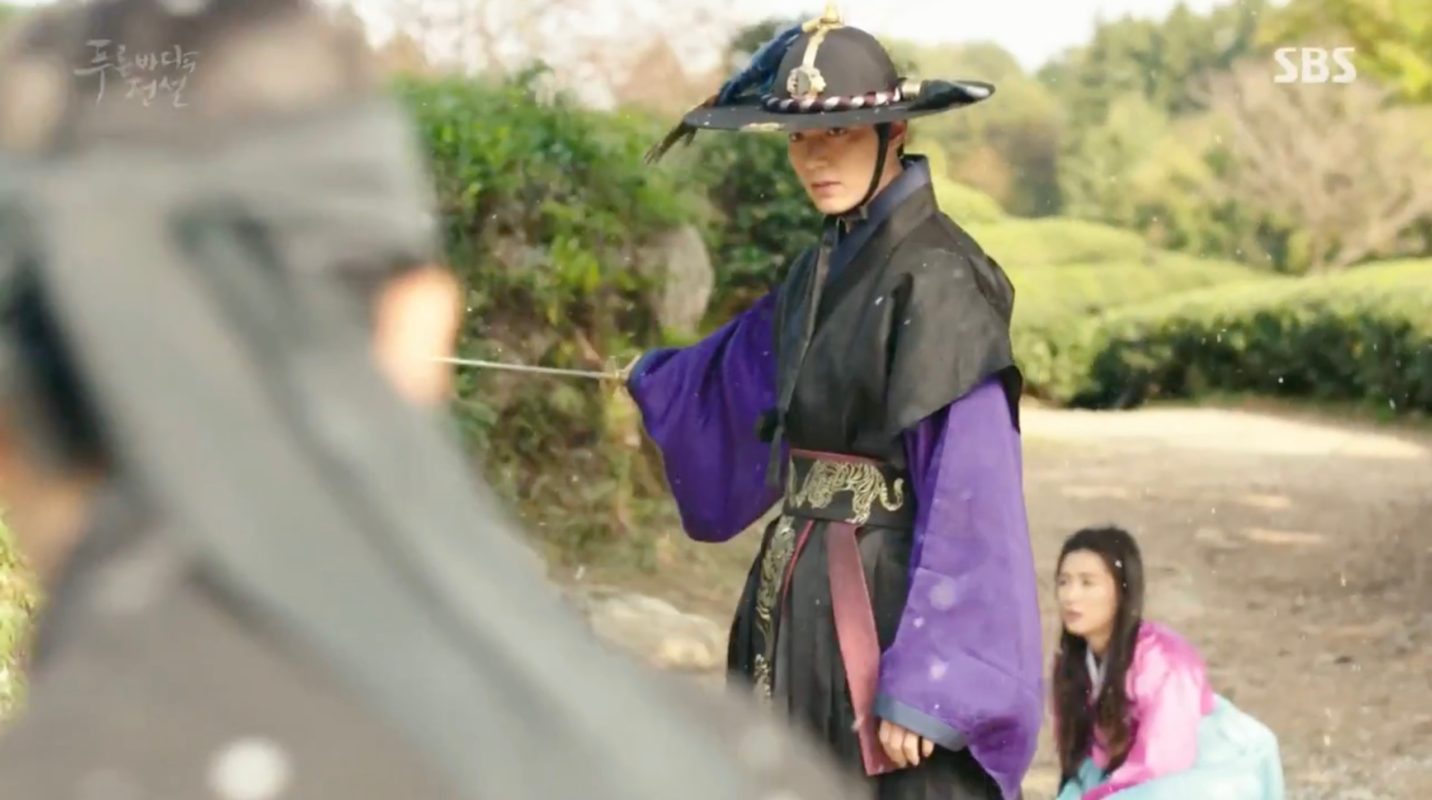 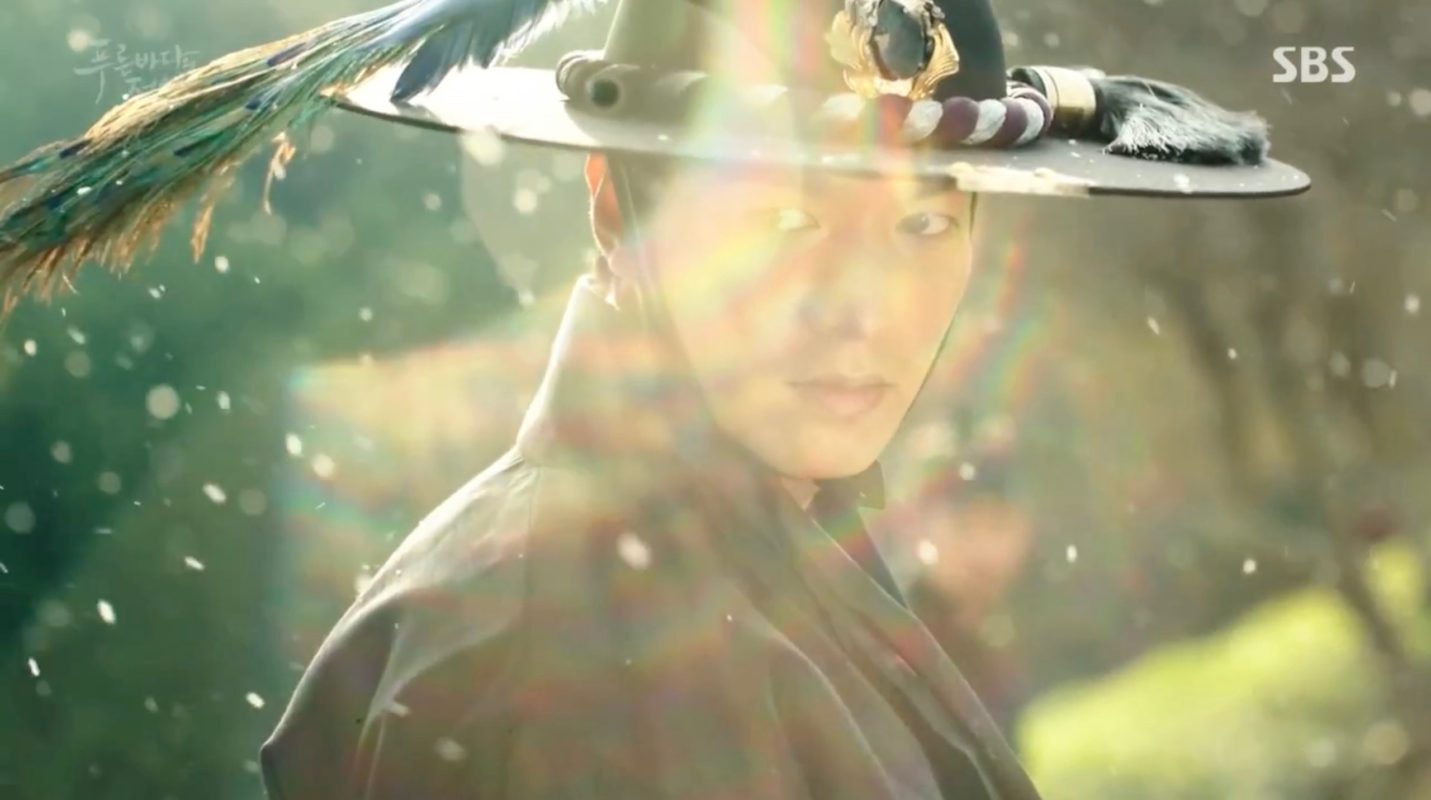 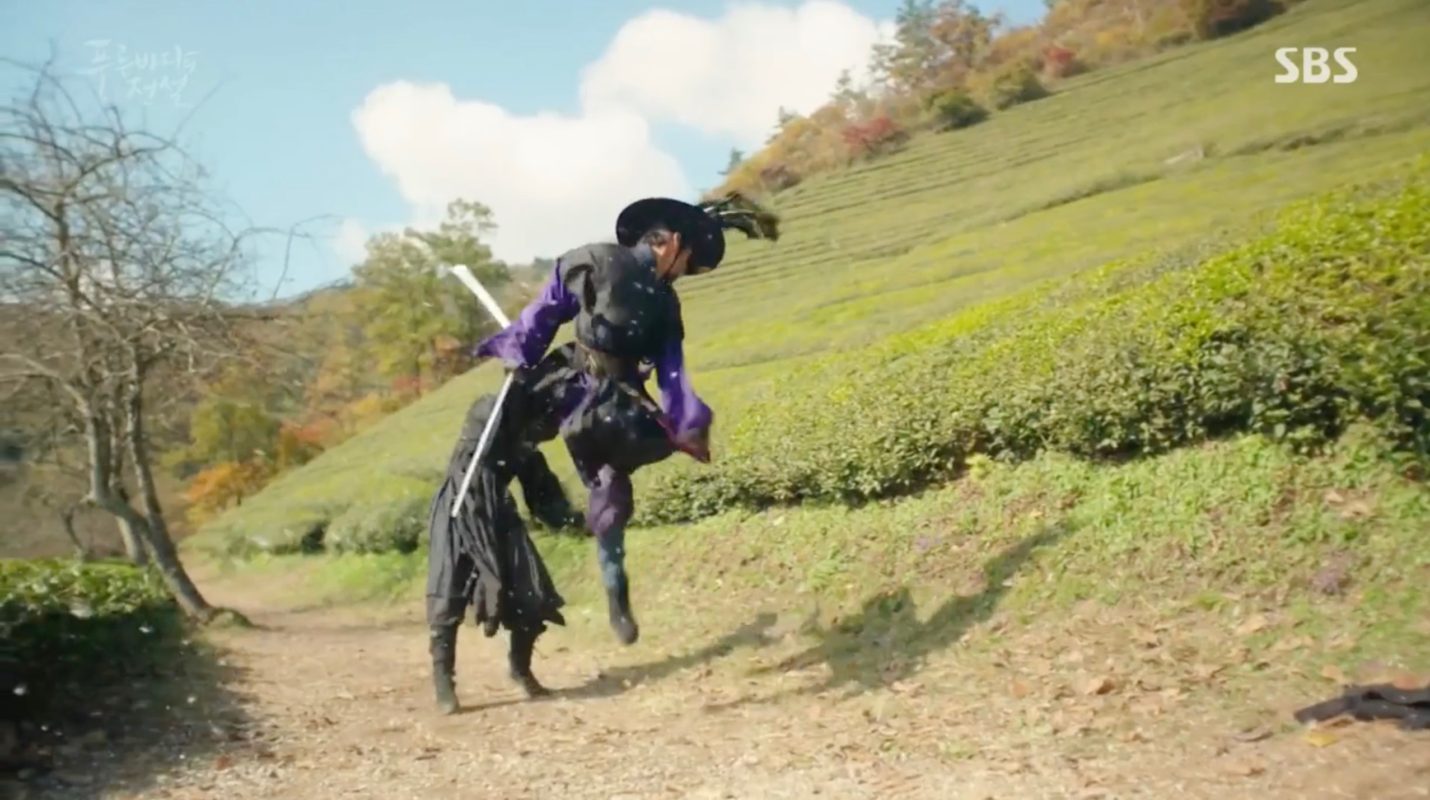 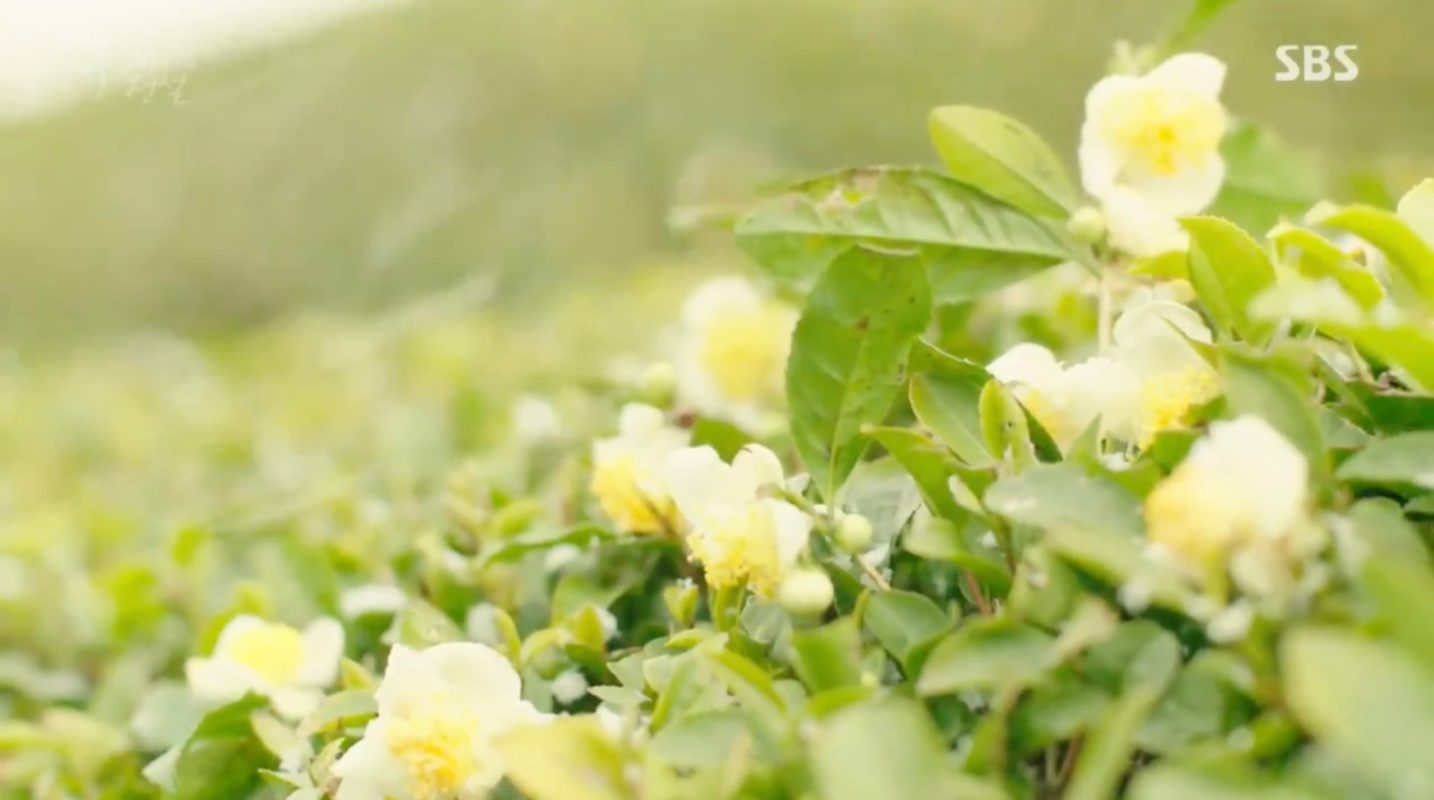 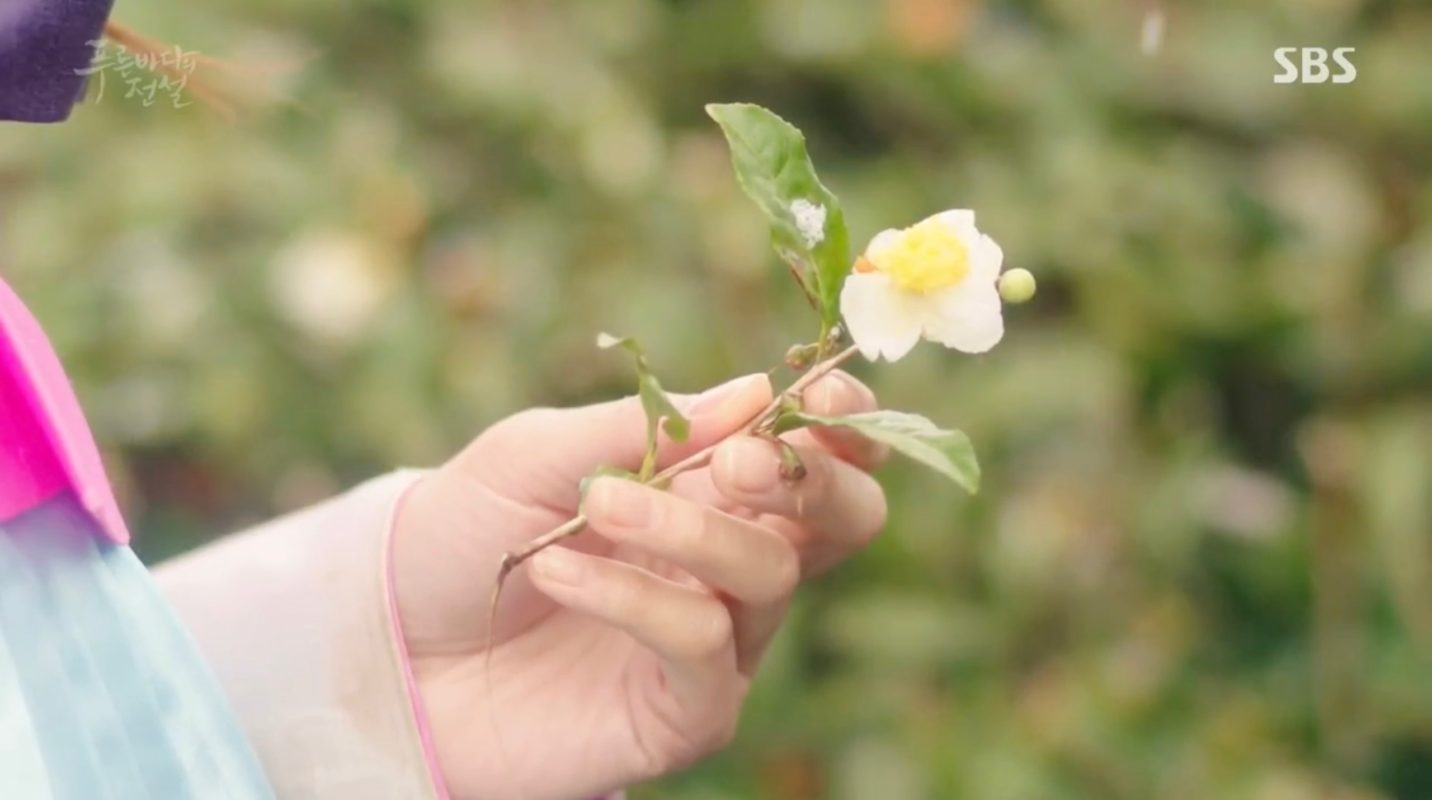 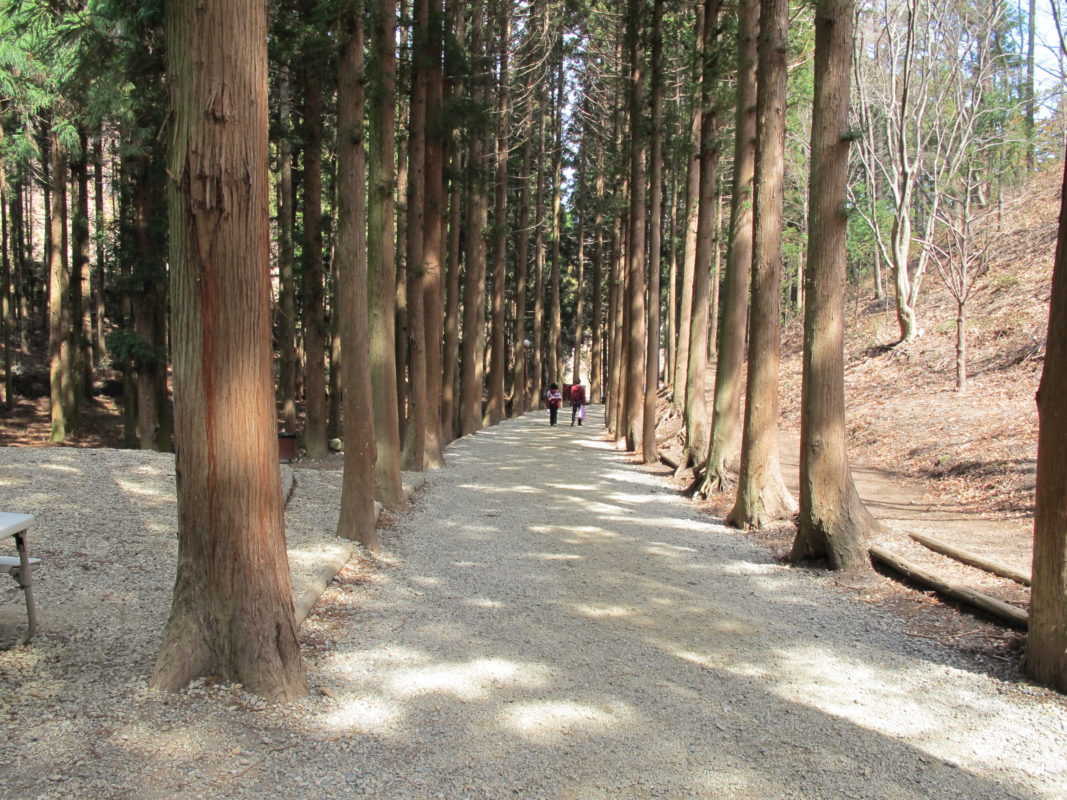 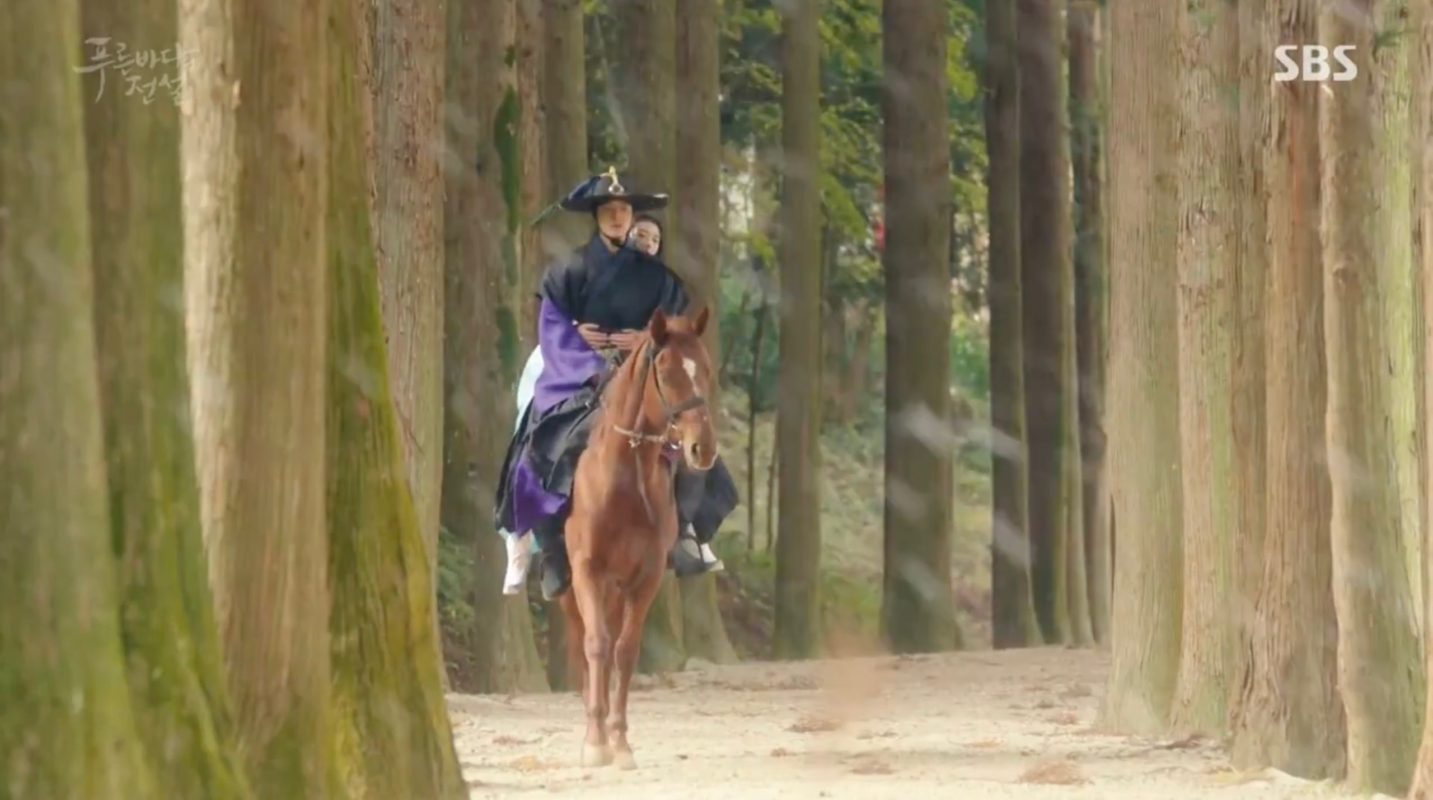 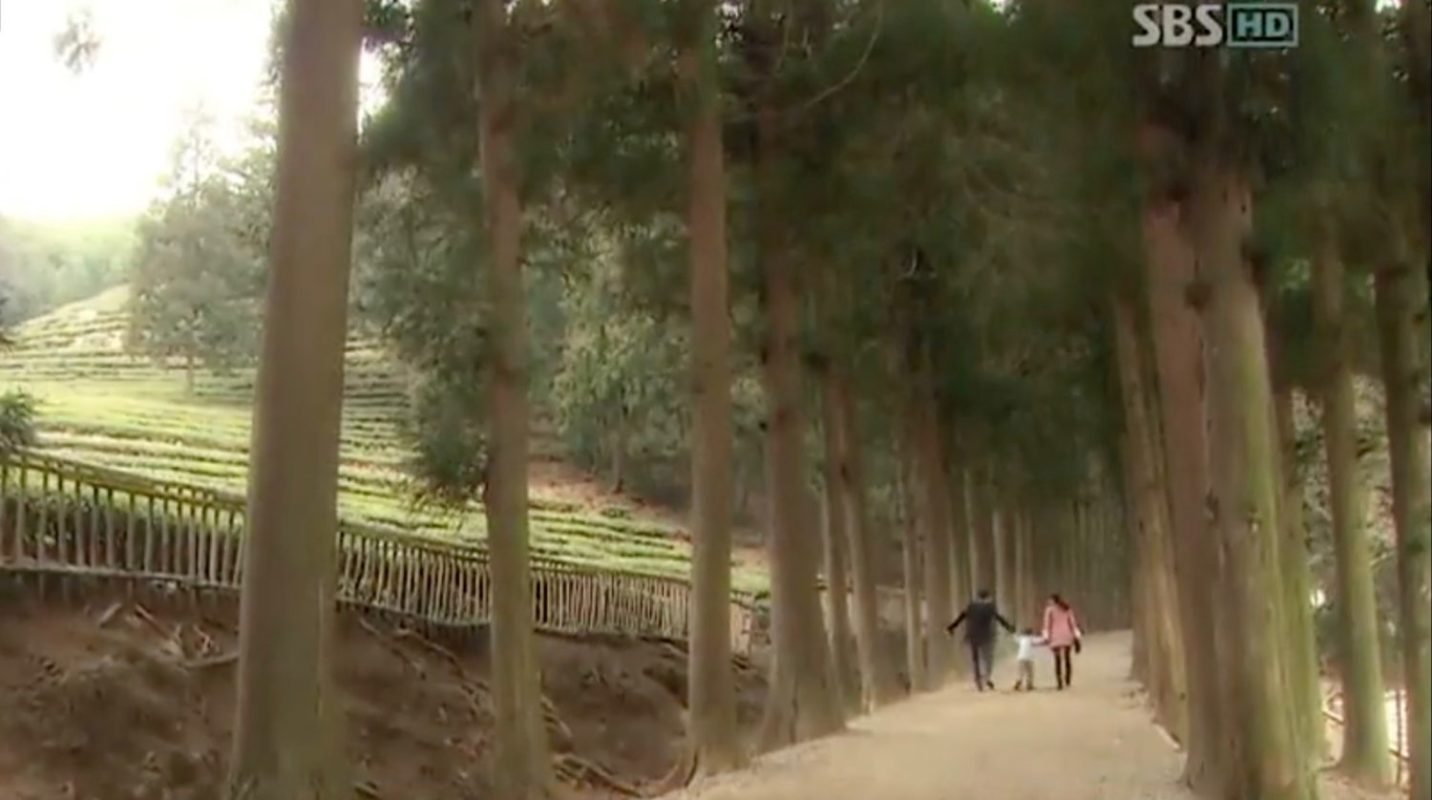 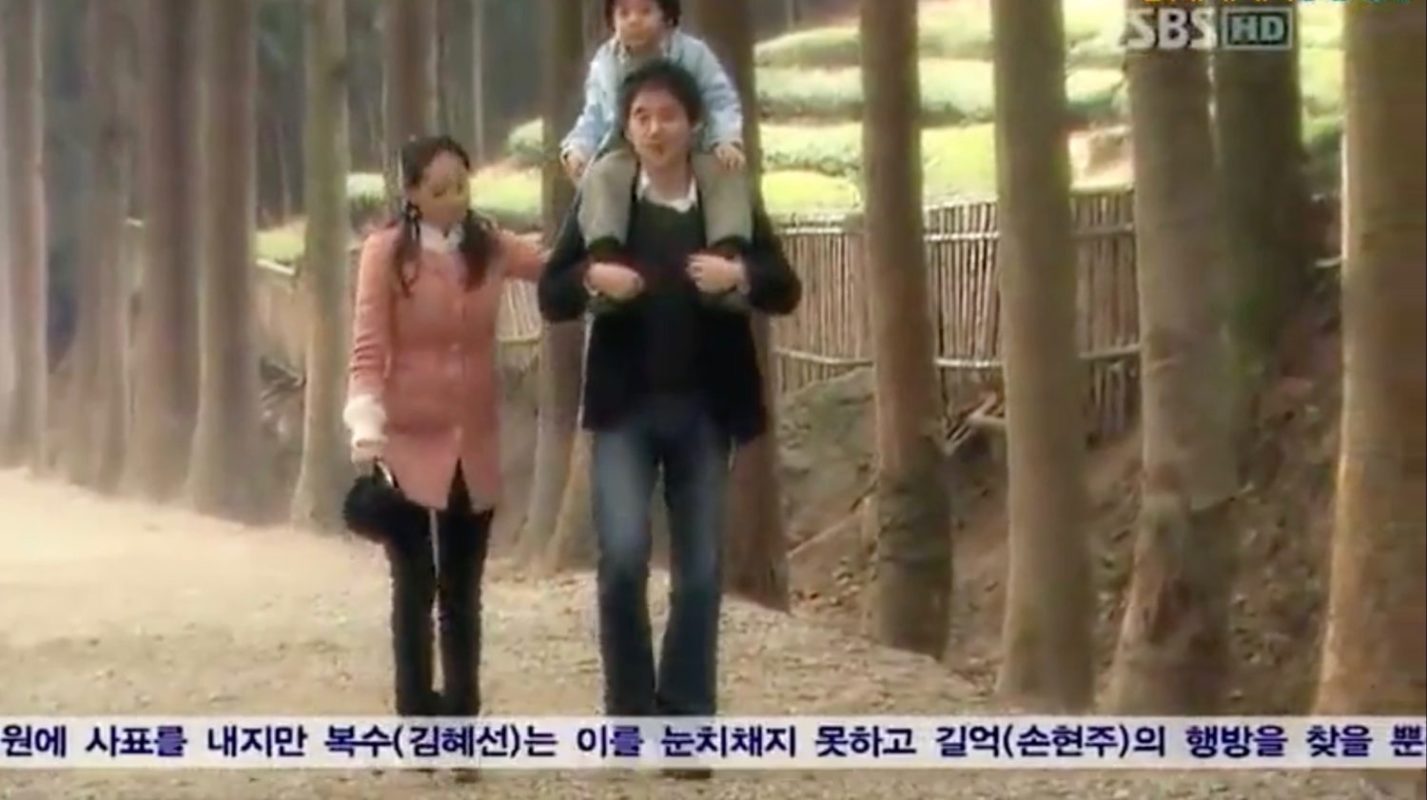 In episode 4 of The Legend of the Blue Sea (푸른 바다의 전설) (SBS, 2016-17), Sim Chung (Gianna Jun) goes here to meet Dam Ryung (Lee Min-Ho) only to be surrounded by Lord Yang’s swordmen. She eventually gets rescued by Dam Ryung in episode 5. Afterwards he gives her a tea bush flower representing “Memories”; something she has but he has not.

In the final scene of final episode 64 of The Golden Bride/Bride from Vietnam (황금신부) (SBS, 2007-08), happy family Kang Jun-woo (Song Chang-eui), Jin-ju Nguyen (Lee Young-ah) and their child walk through these tea fields.

Boseong Tea Fields [보성녹차밭], also known as Daehan Dawon Green Tea Farm [대한다원 보성녹차밭], are located in the village of Bongsan [Bongsan-ri/봉산리] in Boseong County’s Boseung Township [Boseong-eup/보성읍]. These tea fields are at 18th place in CNN’s 2019 list of 50 beautiful places to visit in South Korea. In 2021, the Ministry of Culture, Sports and Tourism —announced through the Korea Tourism Organization (KTO)— selected this site as one of the ‘100 Must-Visit Spots in Korea’ for 2021-2022.