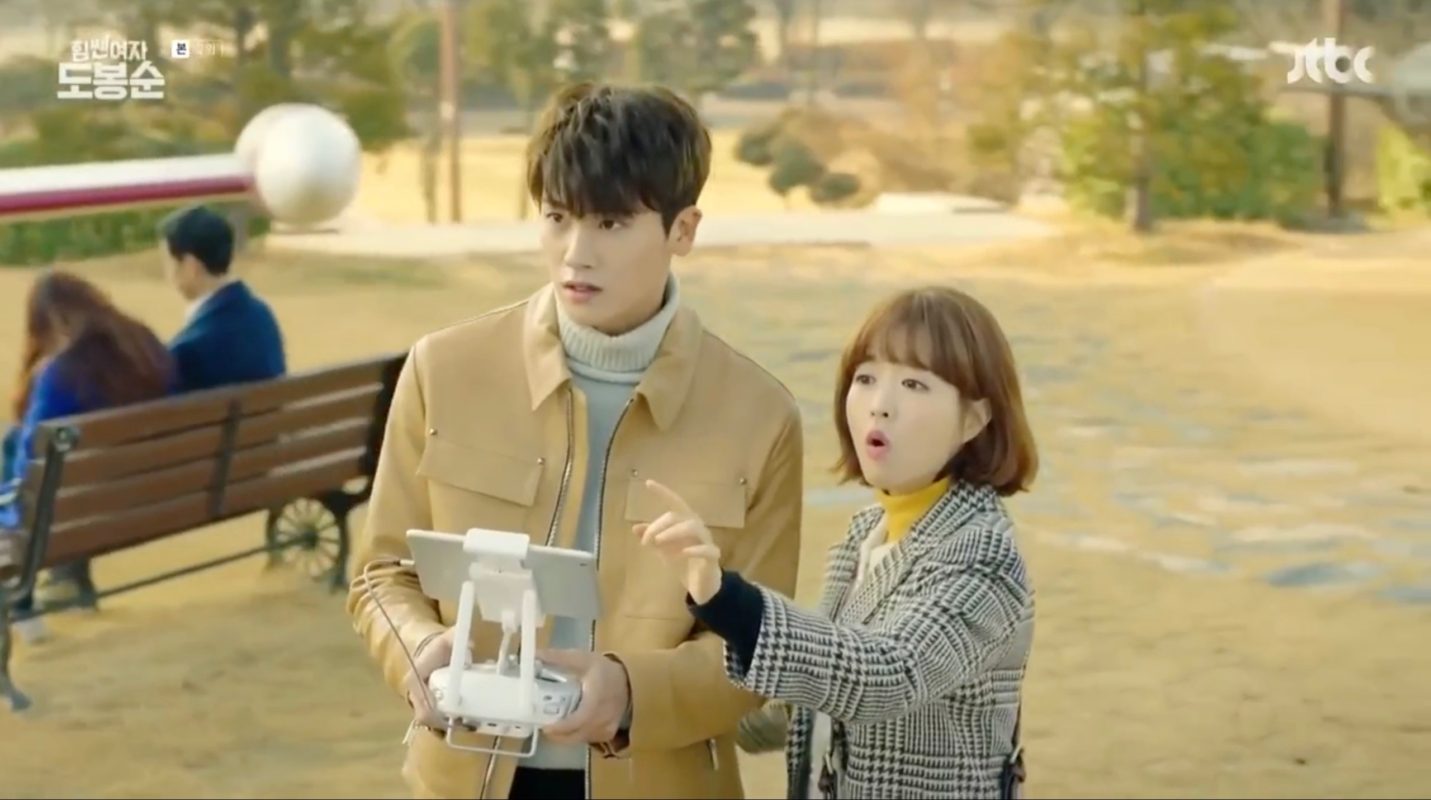 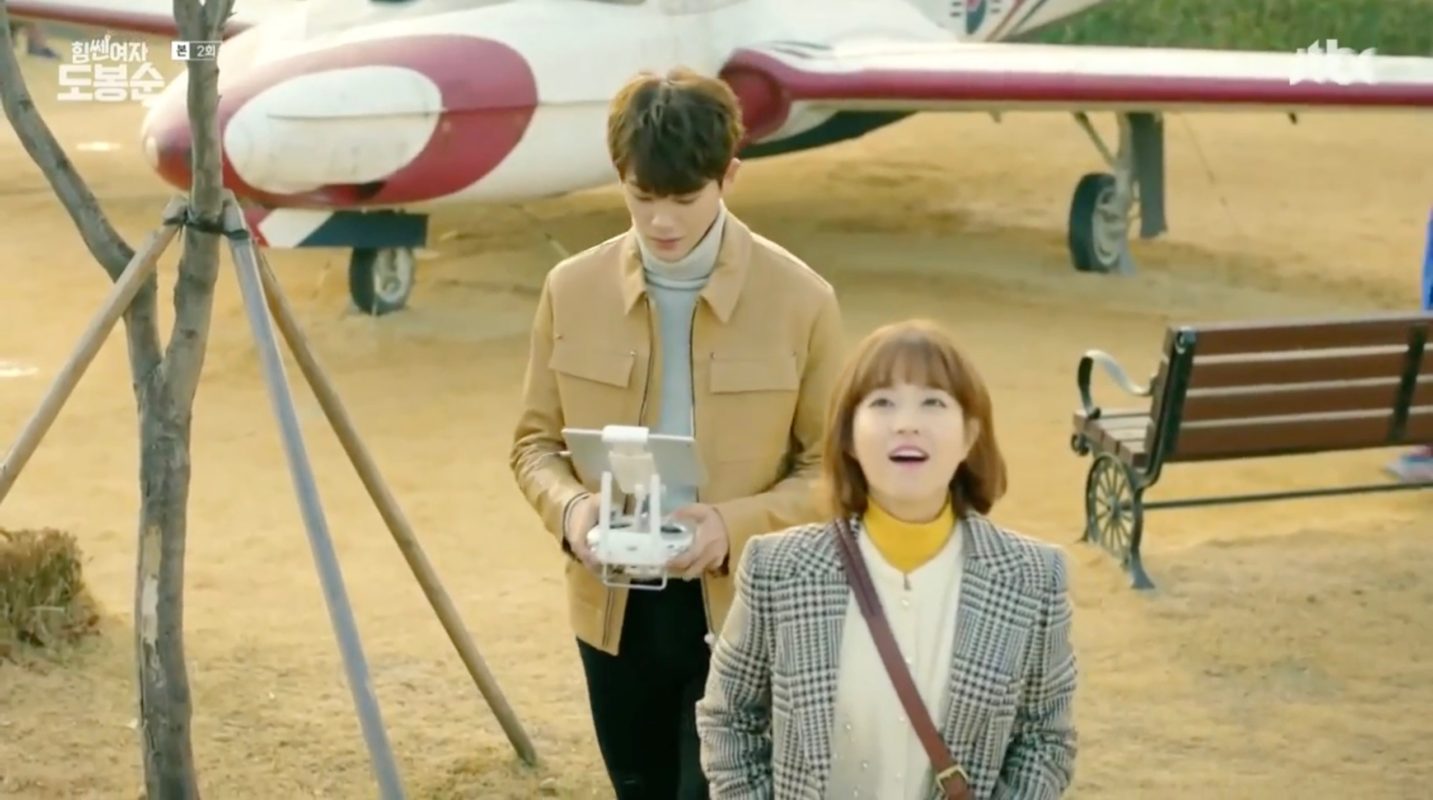 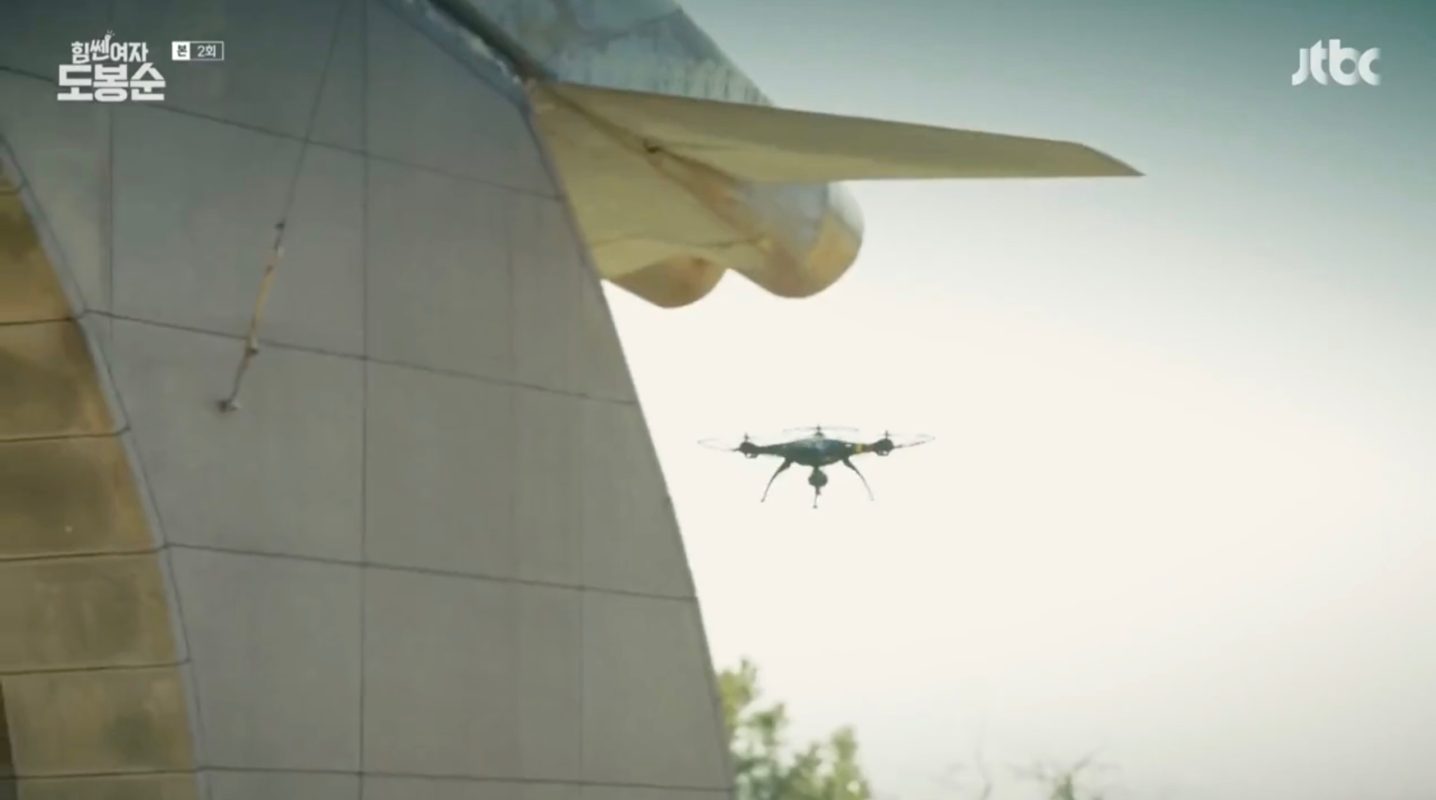 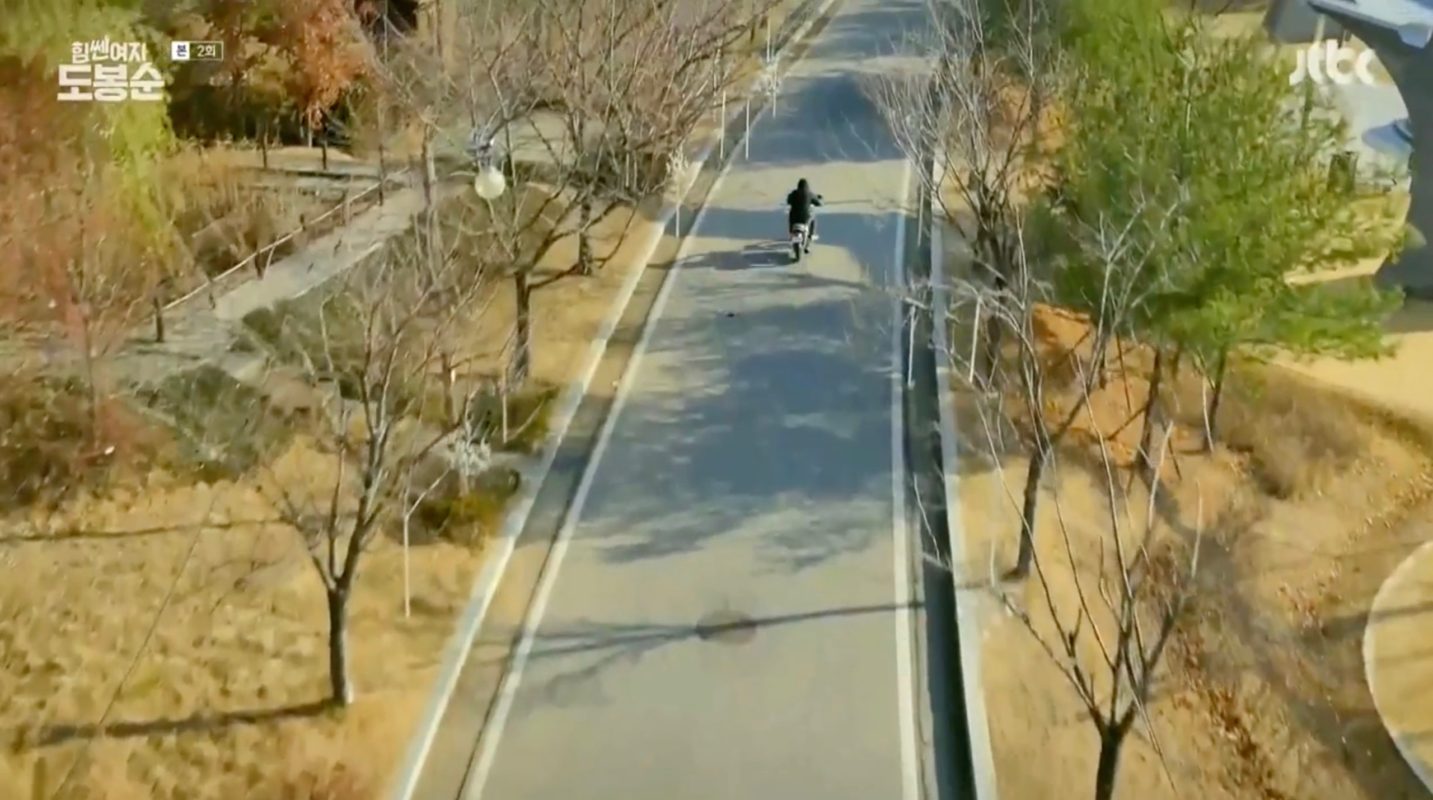 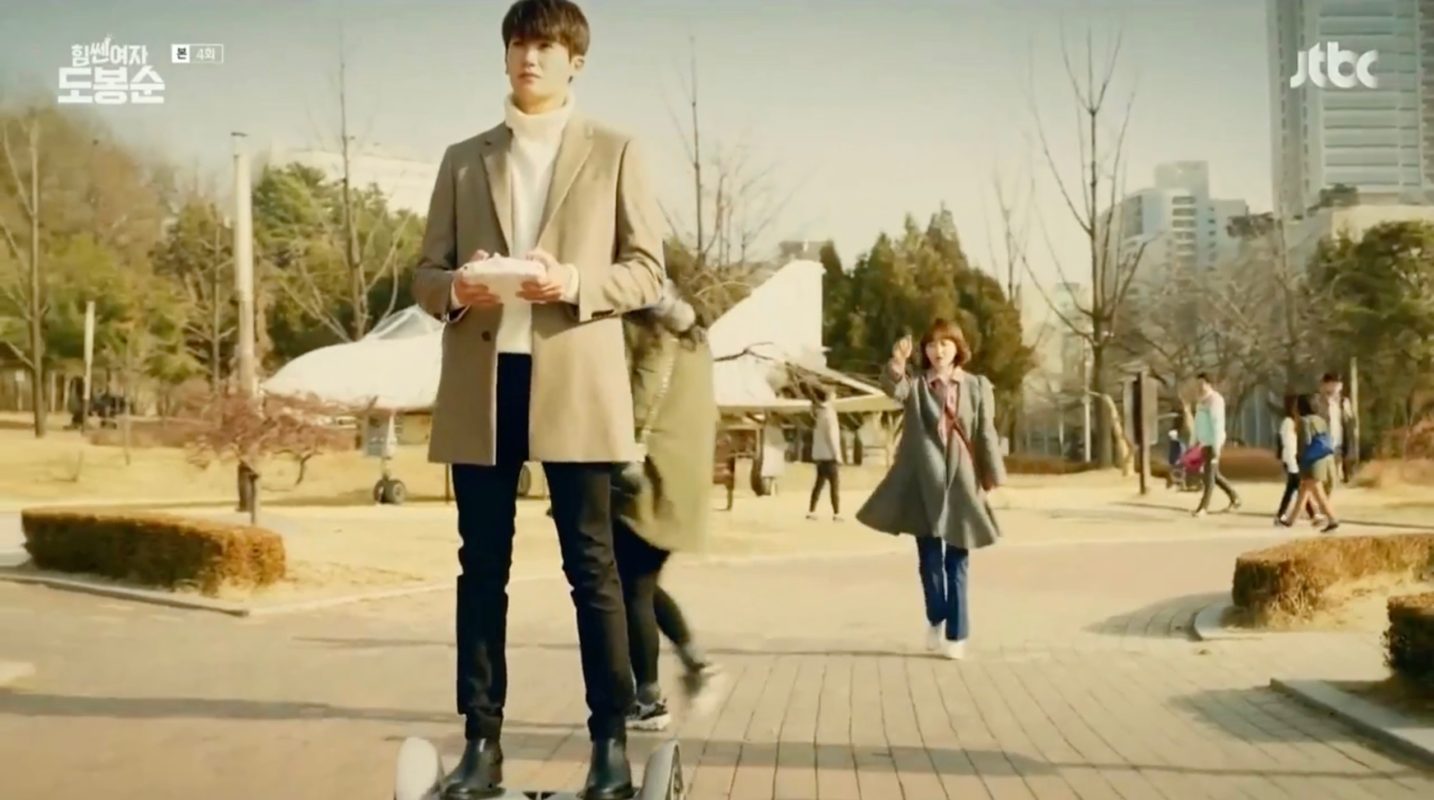 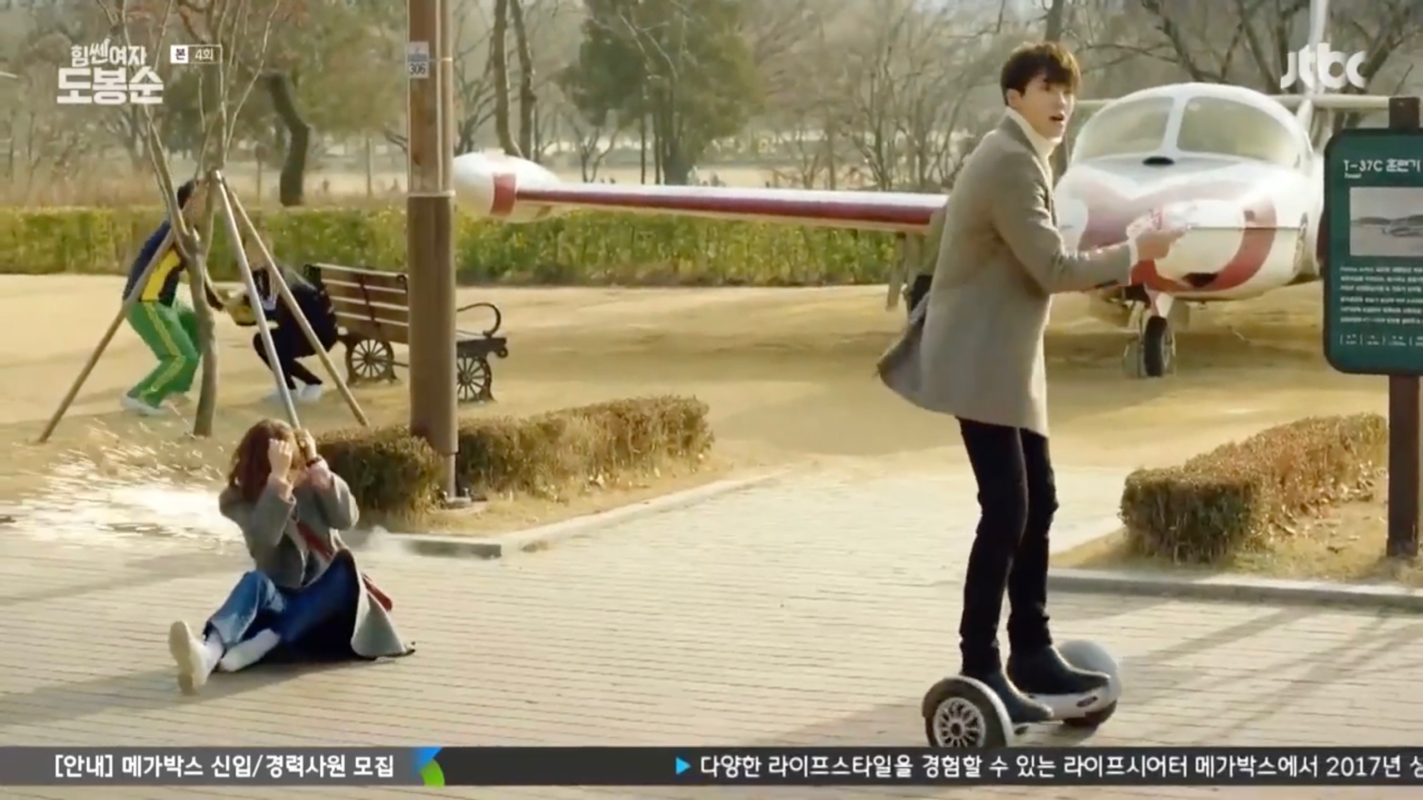 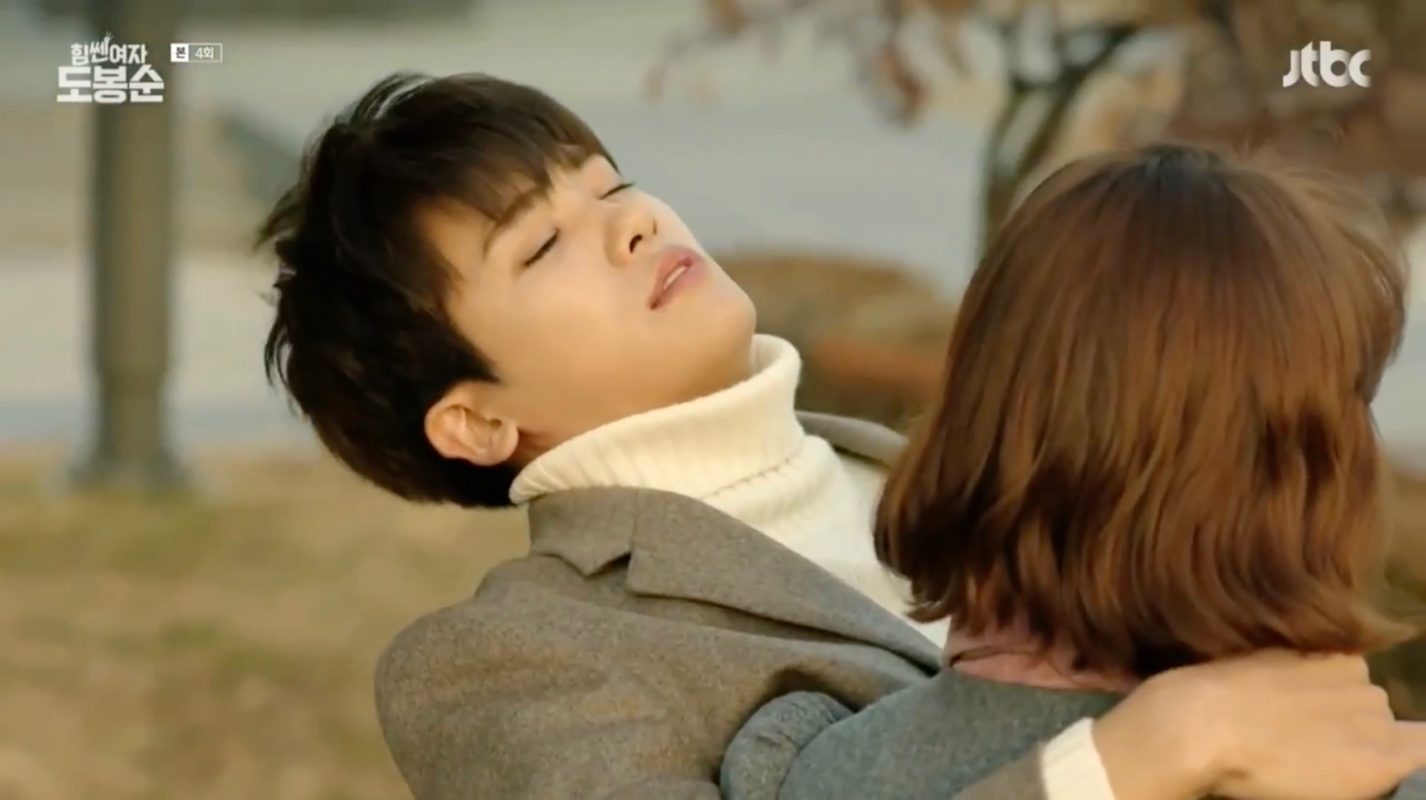 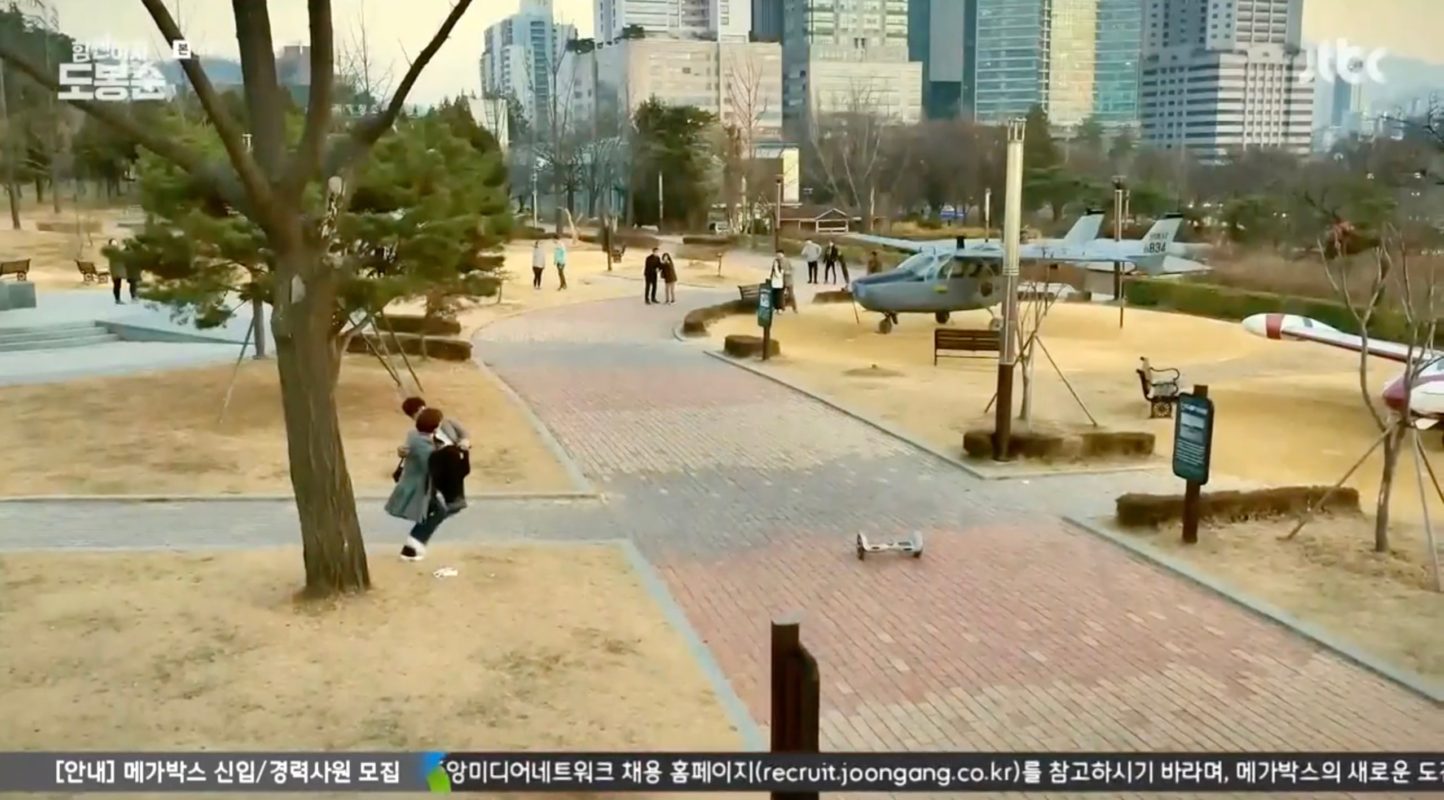 Ahn Min-hyuk (Park Hyung-sik) drags Do Bong-soon (Park Bo-young) here on her first day of work as his personal body guard in episode 2 of Strong Woman Do Bong soon (힘쎈여자 도봉순) (JTBC, 2017). He flies a drone and this comes in handy when he perceives a guy that shadows them. This takes place in the northern part of the park: the Boramae Park Air Park [보라매공원 에어파크]. They are both back here in episode 4 and Min-hyuk gets shot at in his leg and Bong-soon carries him princess-style to the car to get him to a hospital.