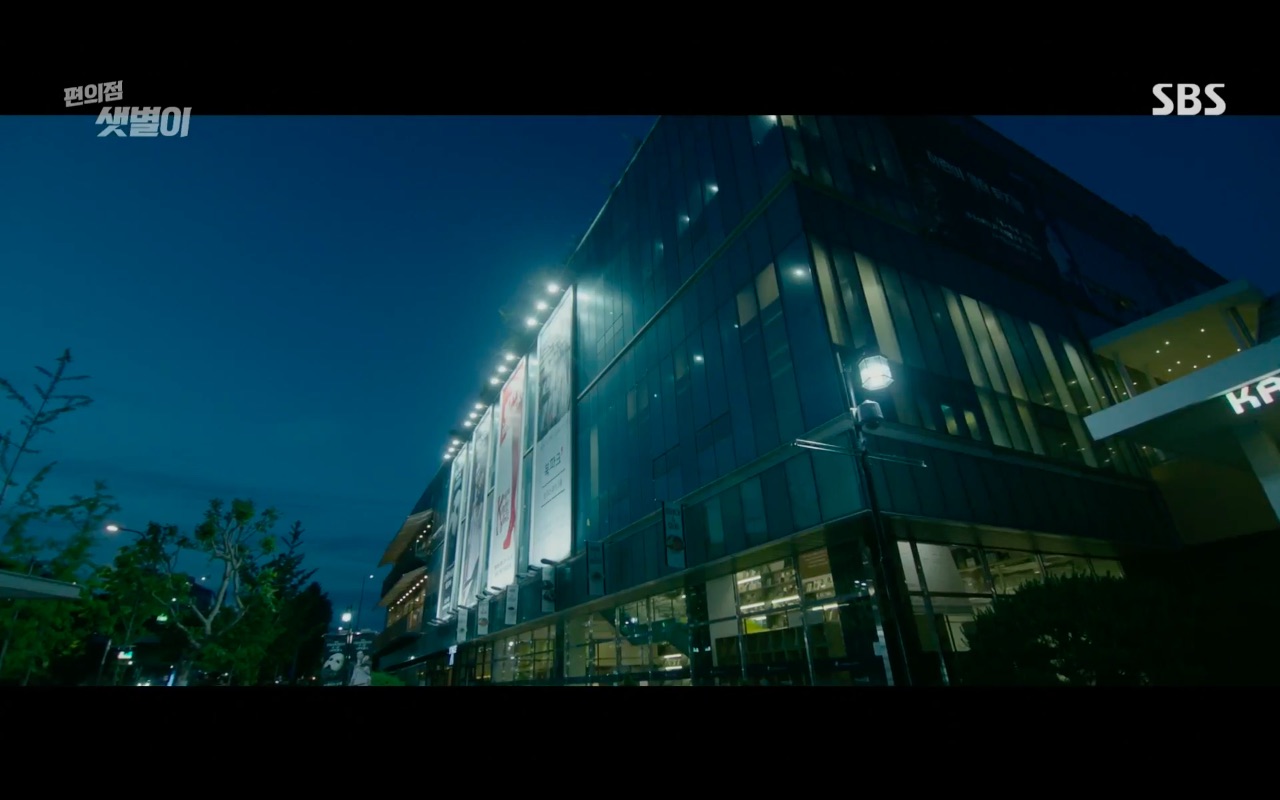 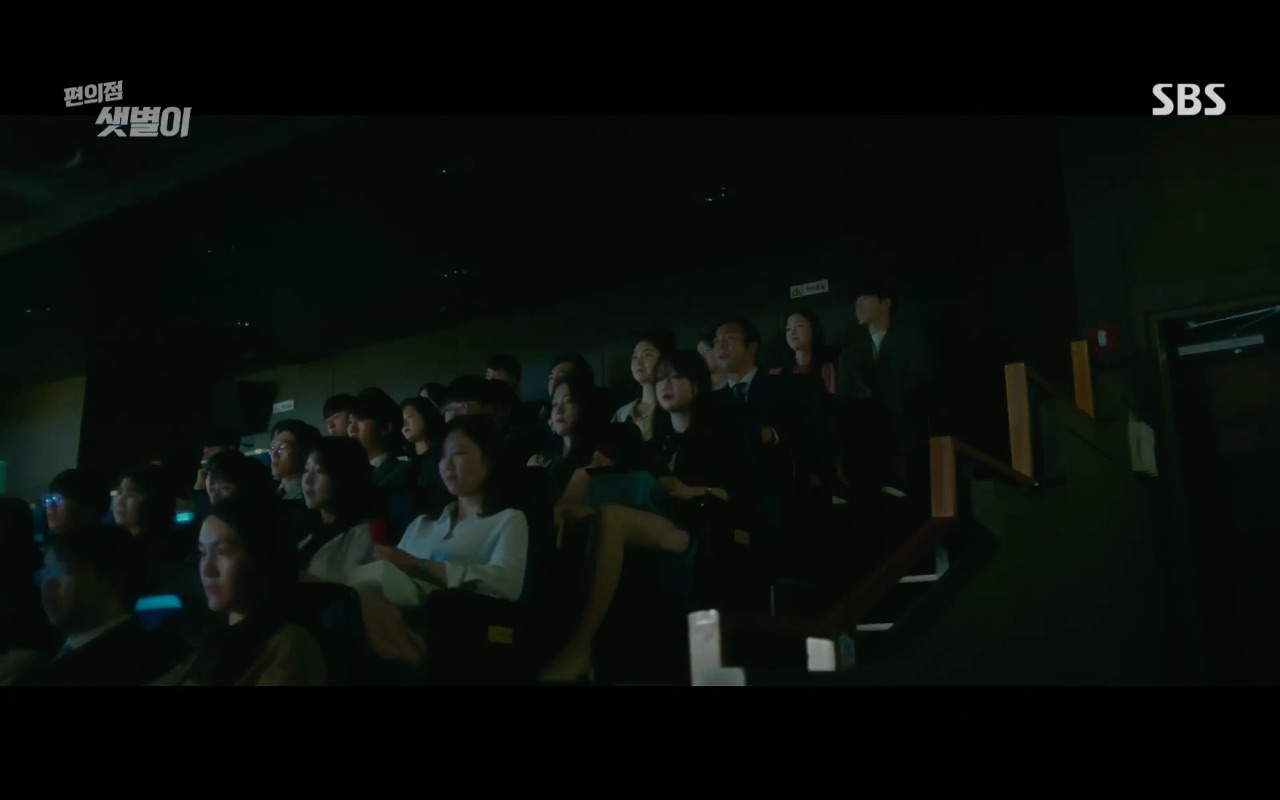 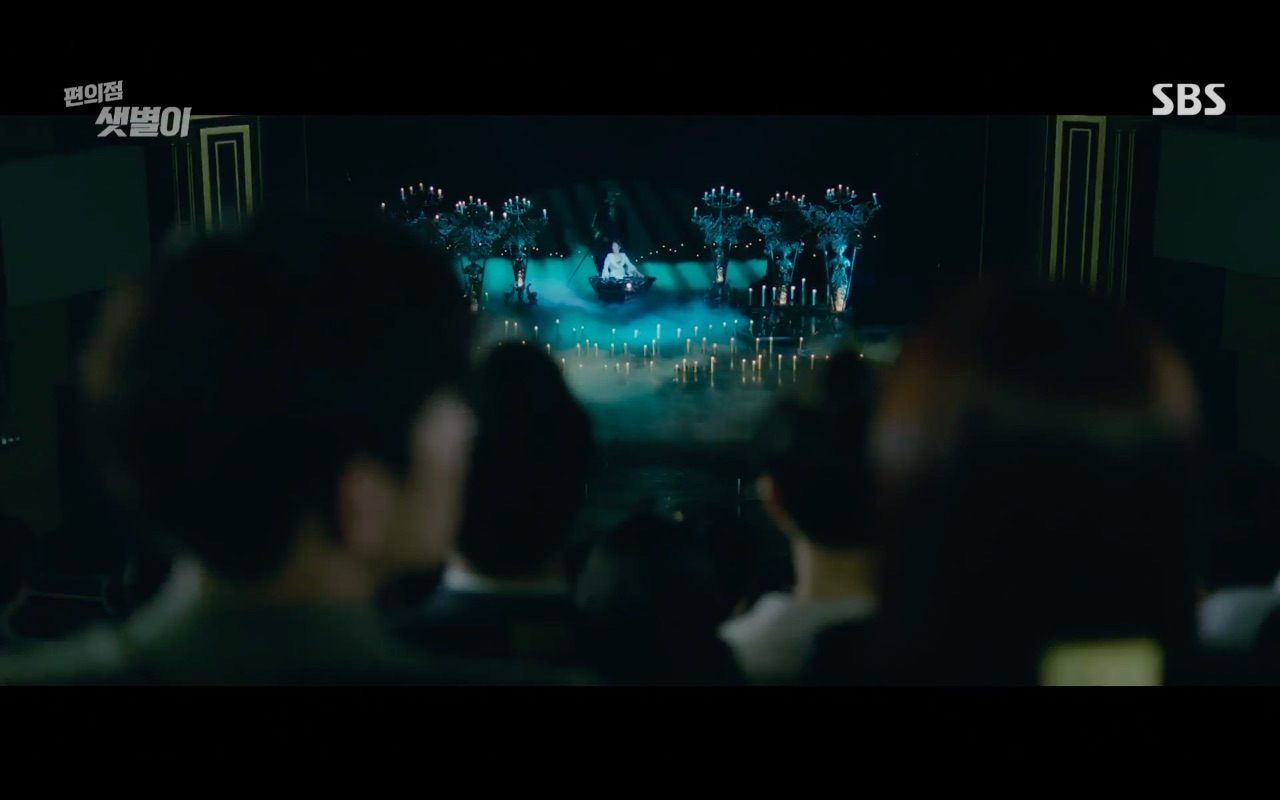 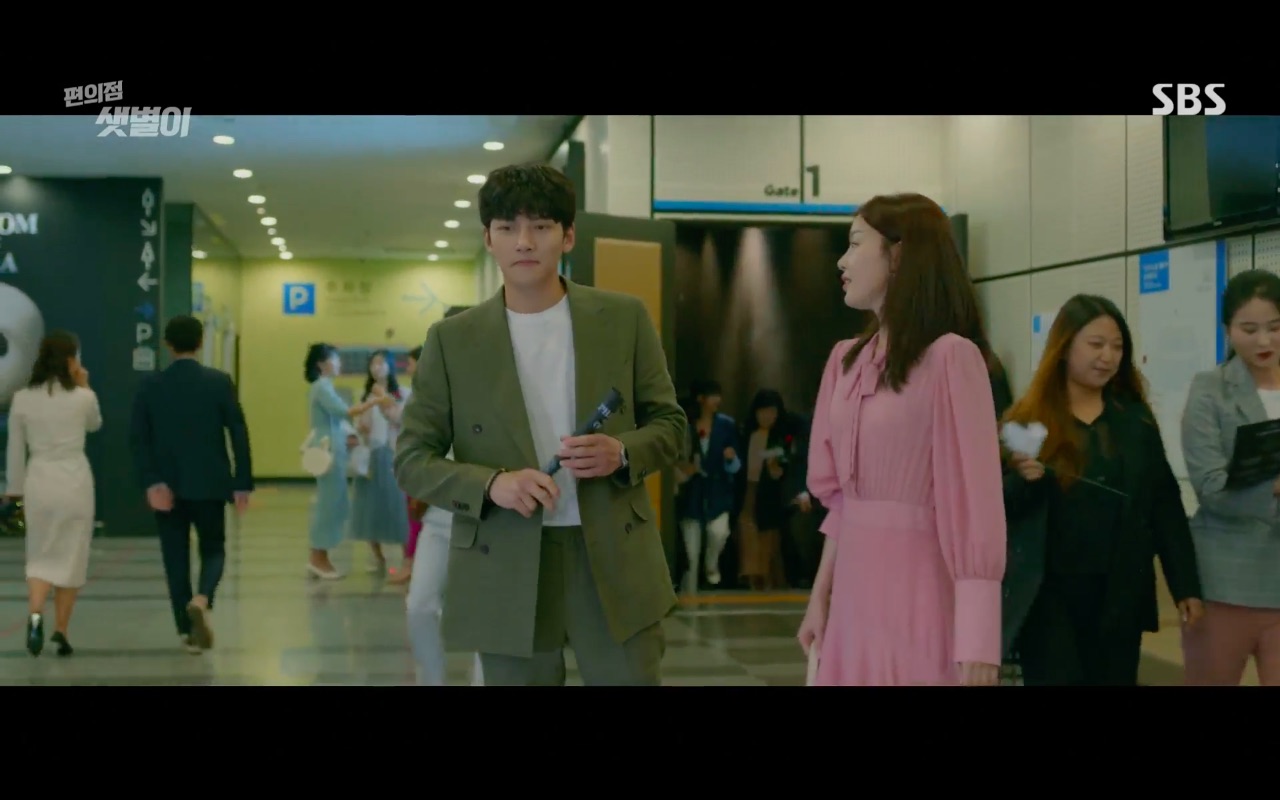 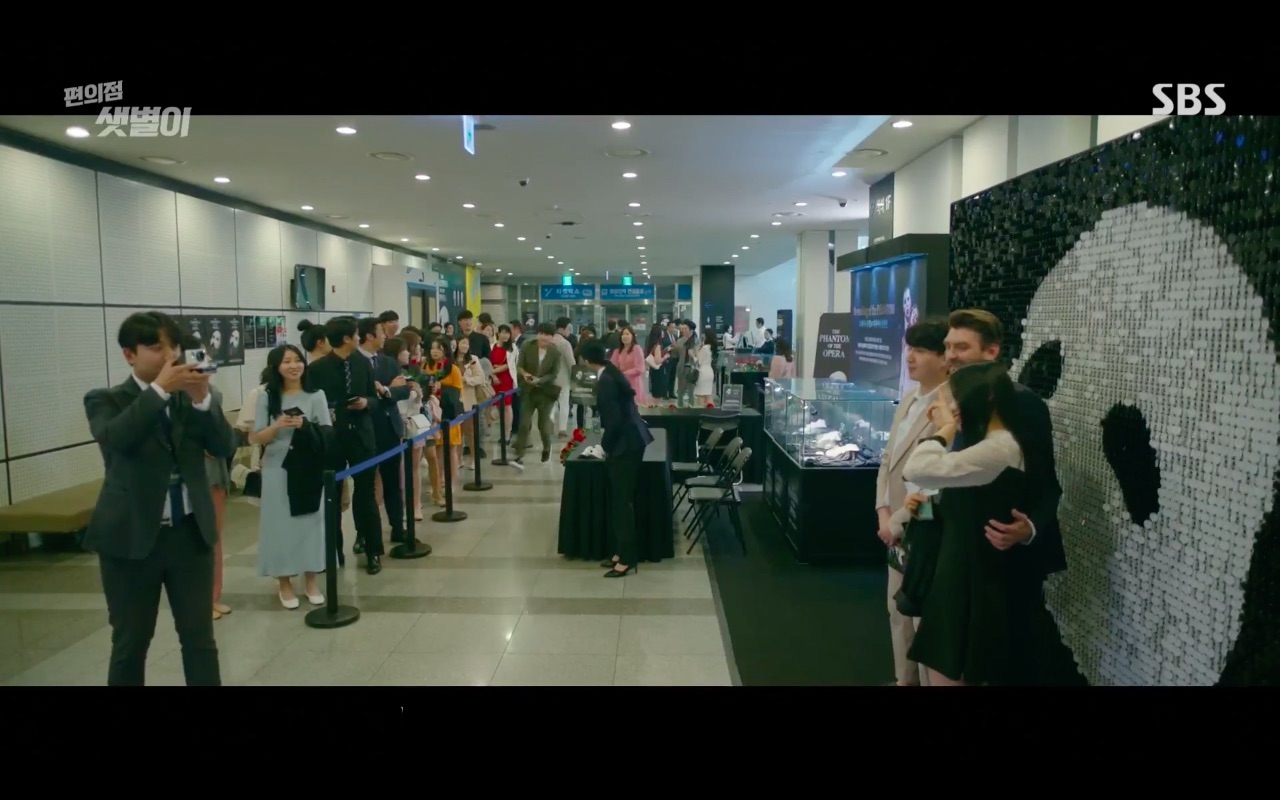 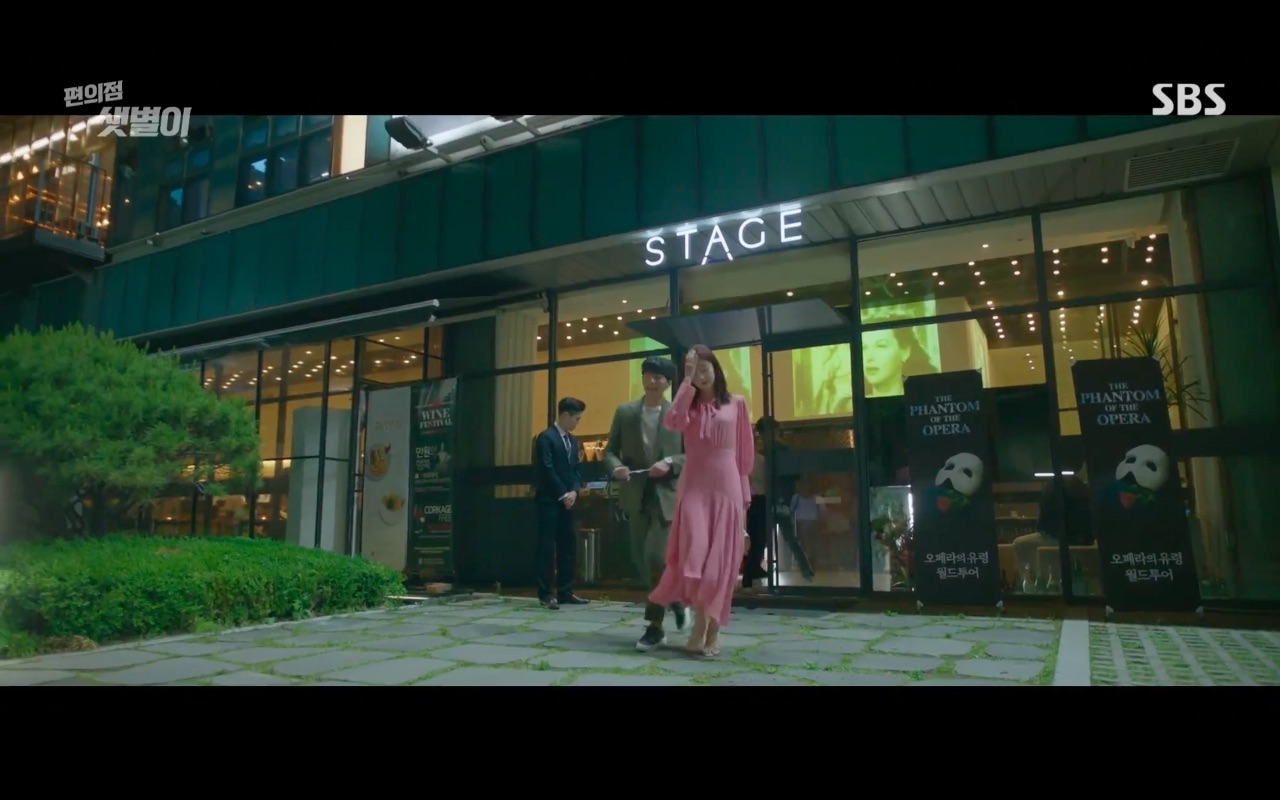 After having to go solo the first time, Choi Dae-hyun (Ji Chang-wook) finally brings Yoo Yeon-joo (Han Sun-hwa) to watch the musical “The Phantom of The Opera” together here in episode 8 of Backstreet Rookie/Convenience Store Saet-byul (편의점 샛별이) (SBS, 2020). Outside the hall, Dae-hyun surprises Yeon-joo with a photo pass with the director, but she does so reluctantly as she doesn’t want to be spotted by anyone; unknowingly, she’s seen by Jo Seung-joon (Do Sang-woo).

Blue Square [블루스퀘어] is a culture complex that opened in November 2011 in Seoul’s neighborhood Hannam [Hannam-dong/한남동] in the Yongsan District [Yongsan-gu/용산구]. Owned by the Interpark Group, it was built “in order to help advance the performing arts” in South Korea, and has performance halls and theatres for various performances like concerts and musicals. The bookstore Bookpark [북파크] is located on levels 2 & 3 of this complex.

The performance seen in Backstreet Rookie is part of the ongoing Phantom of the Opera world tour, which started its run at Blue Square in March 2020 and ends in August 2020. As of July 2020, South Korea is the only place in the world staging a performance of the renown musical, due to restrictions in other countries owing to the global COVID-19 pandemic.