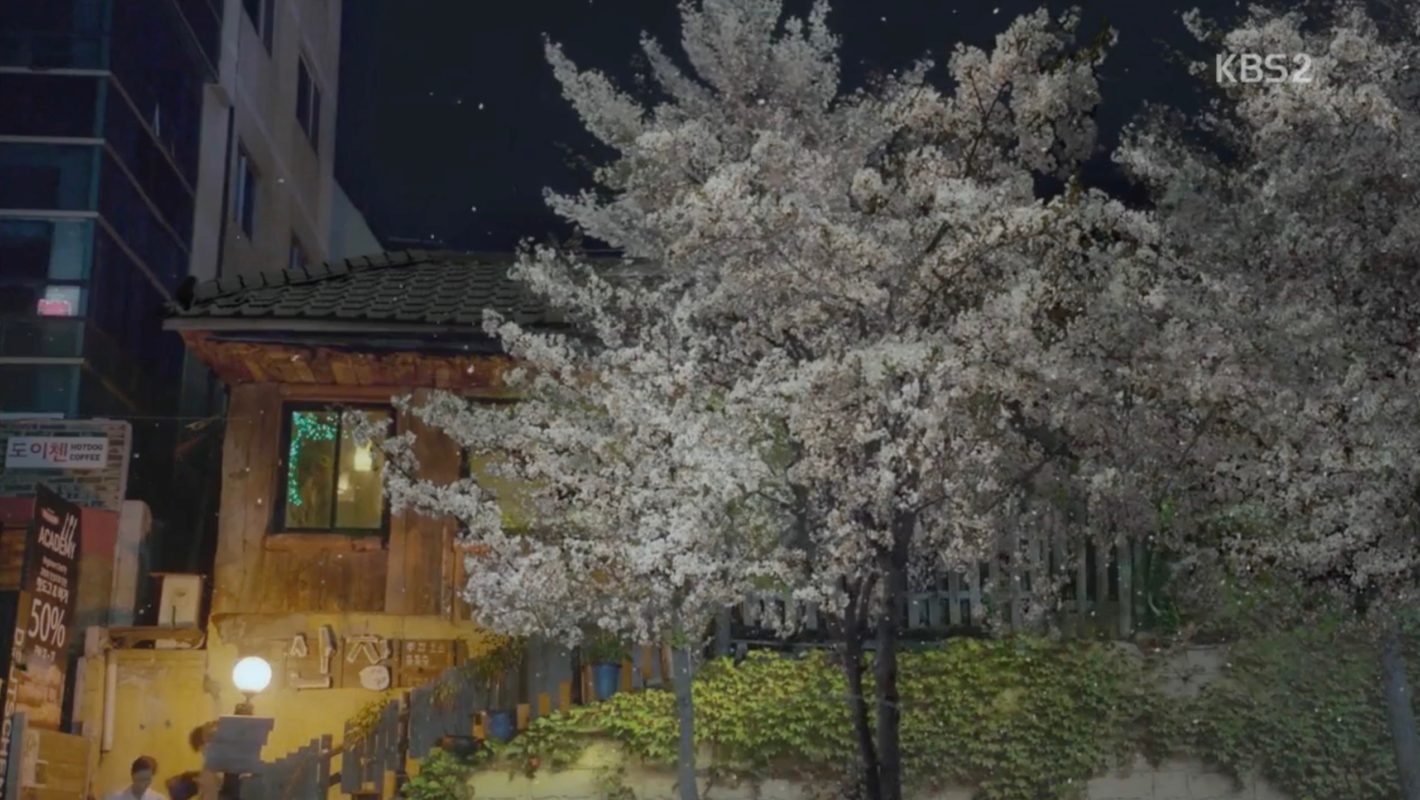 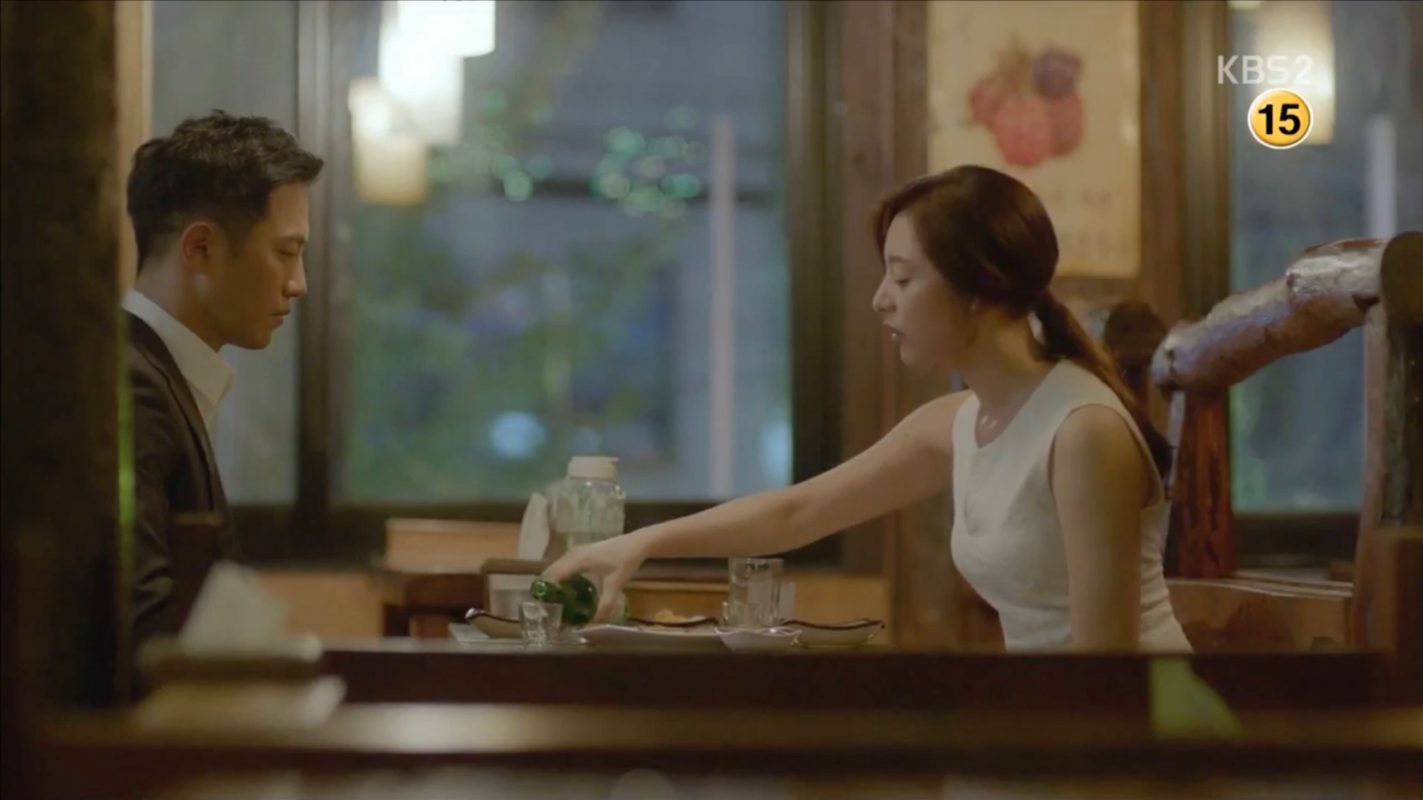 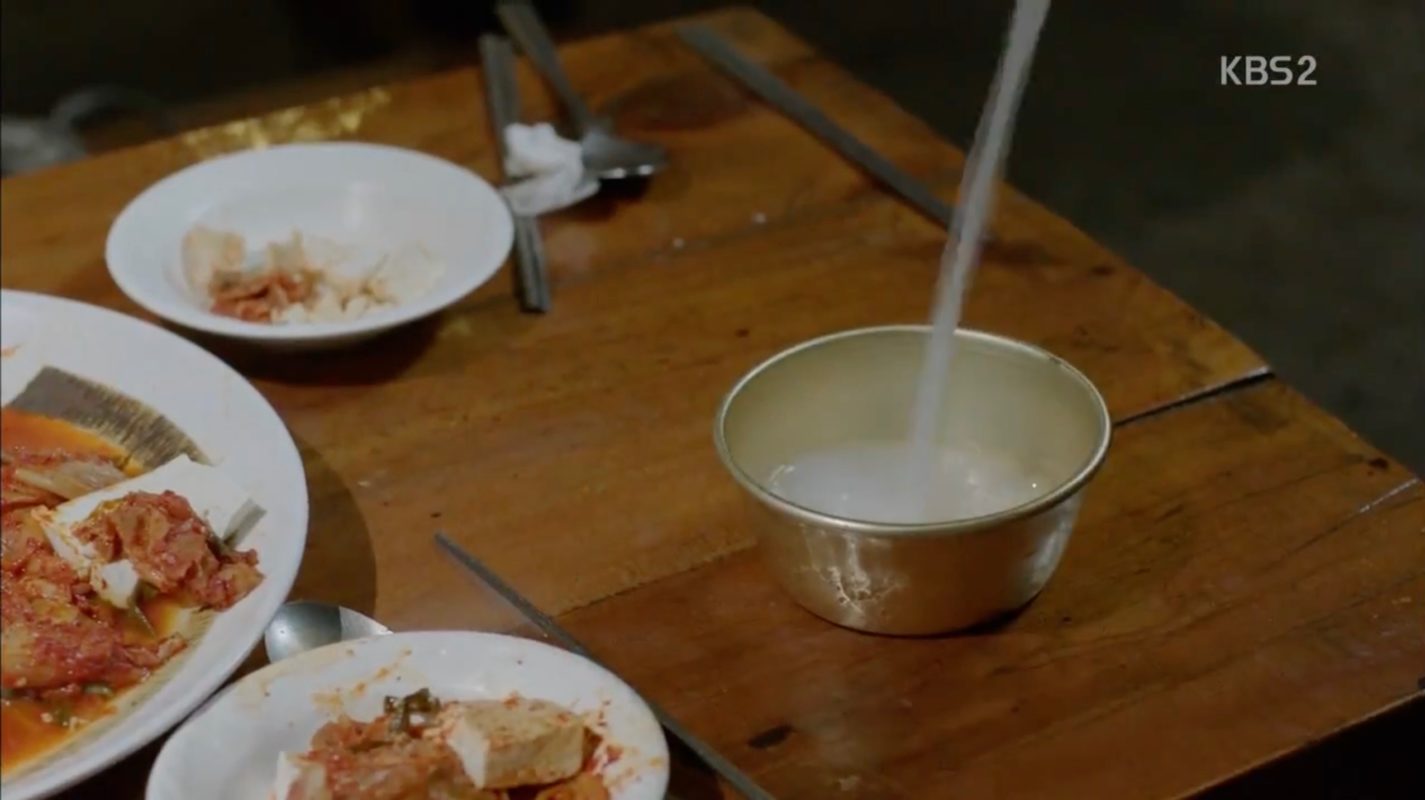 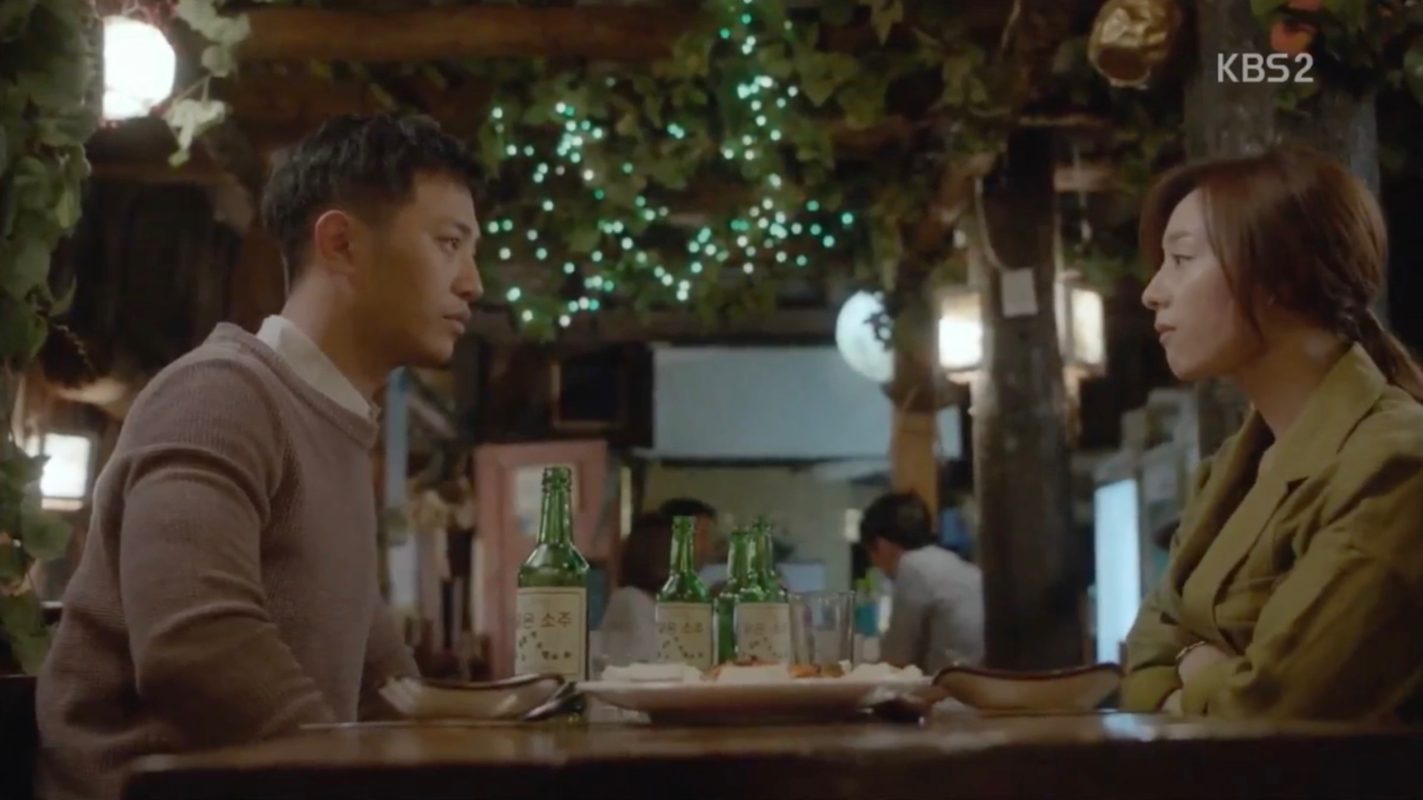 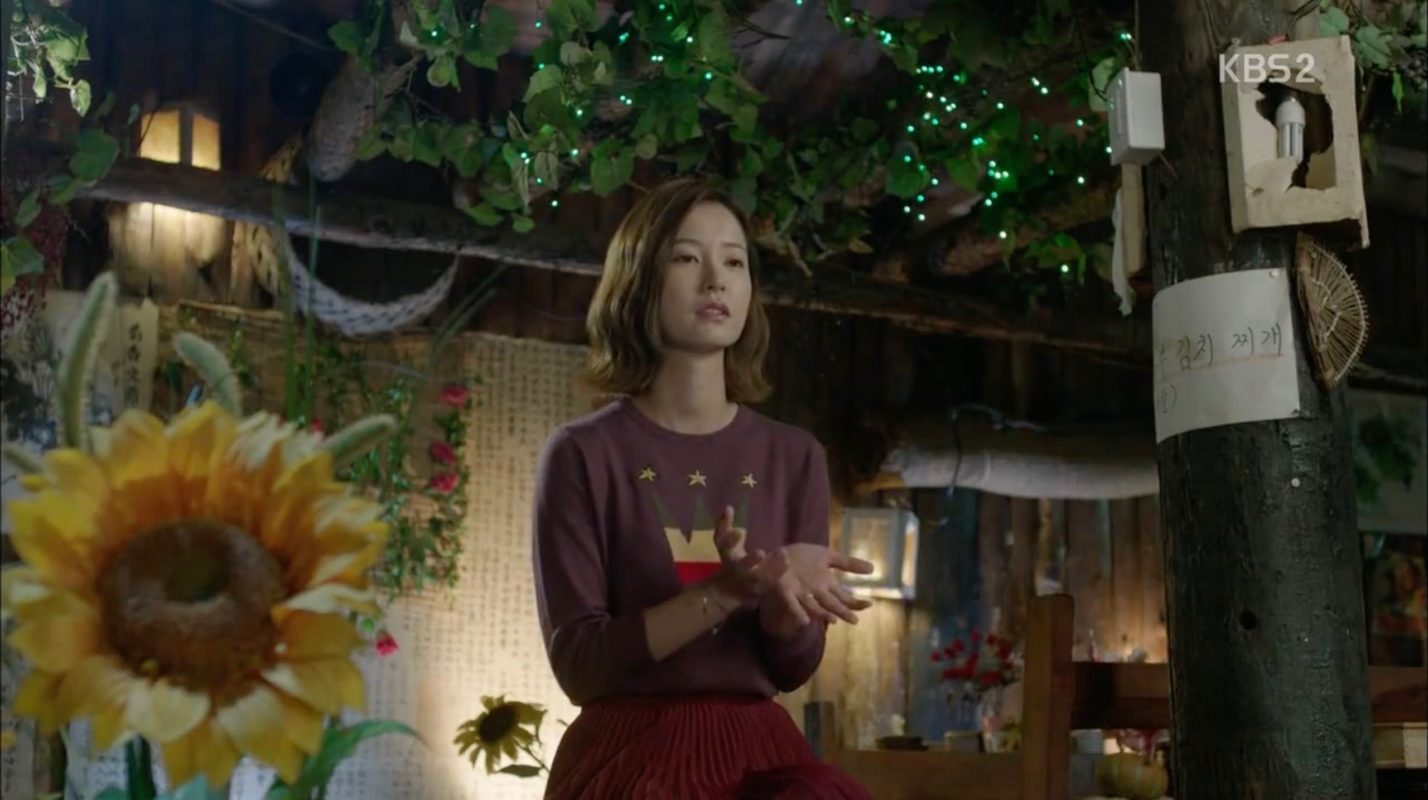 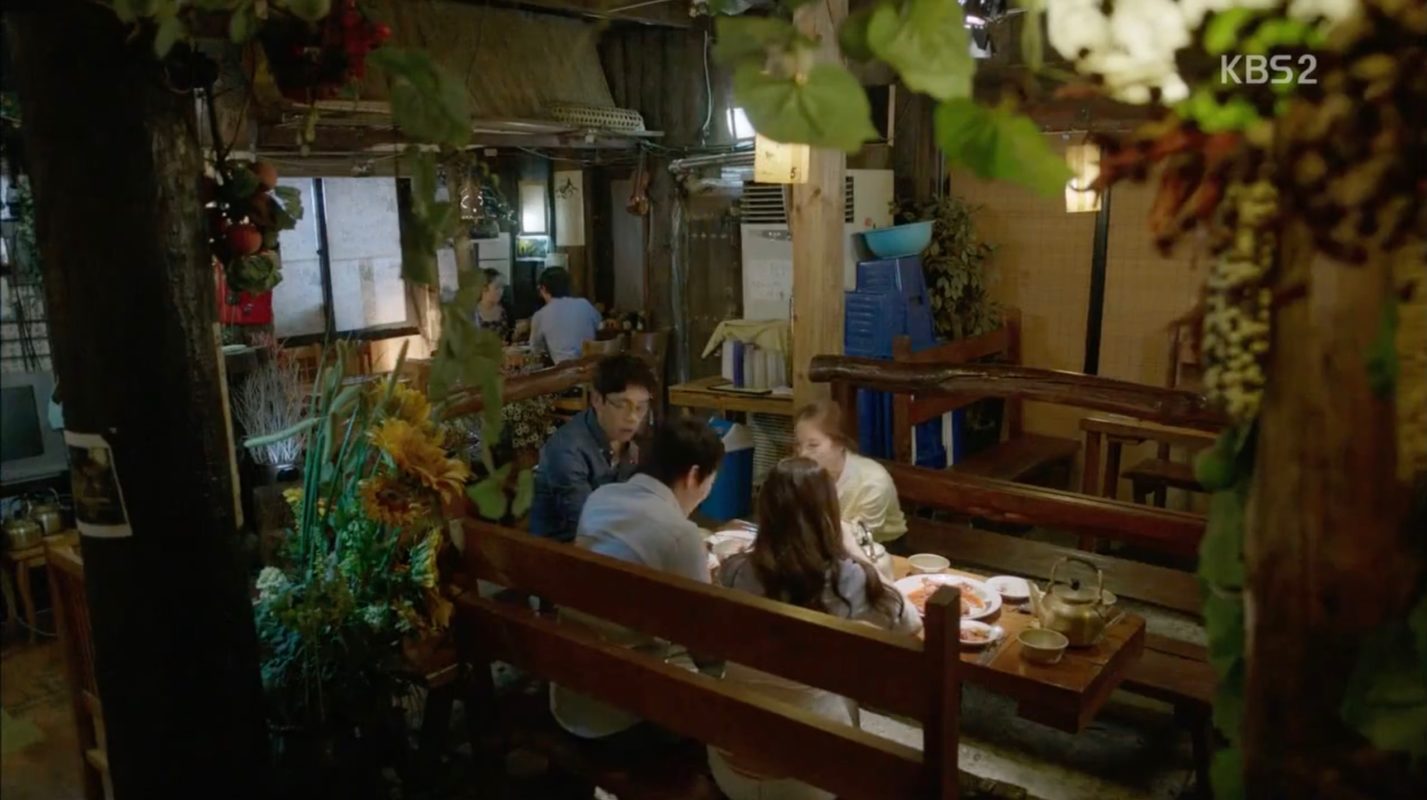 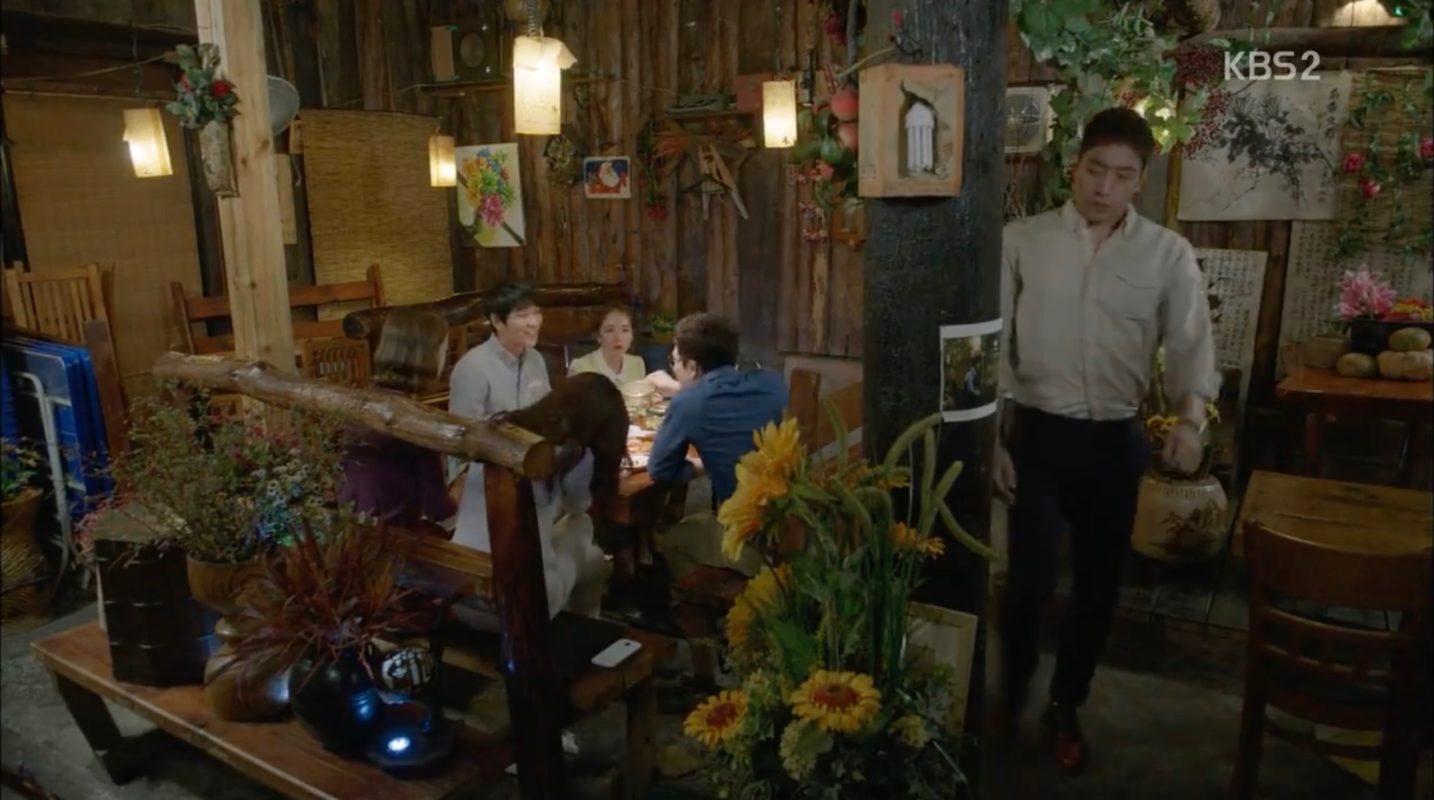 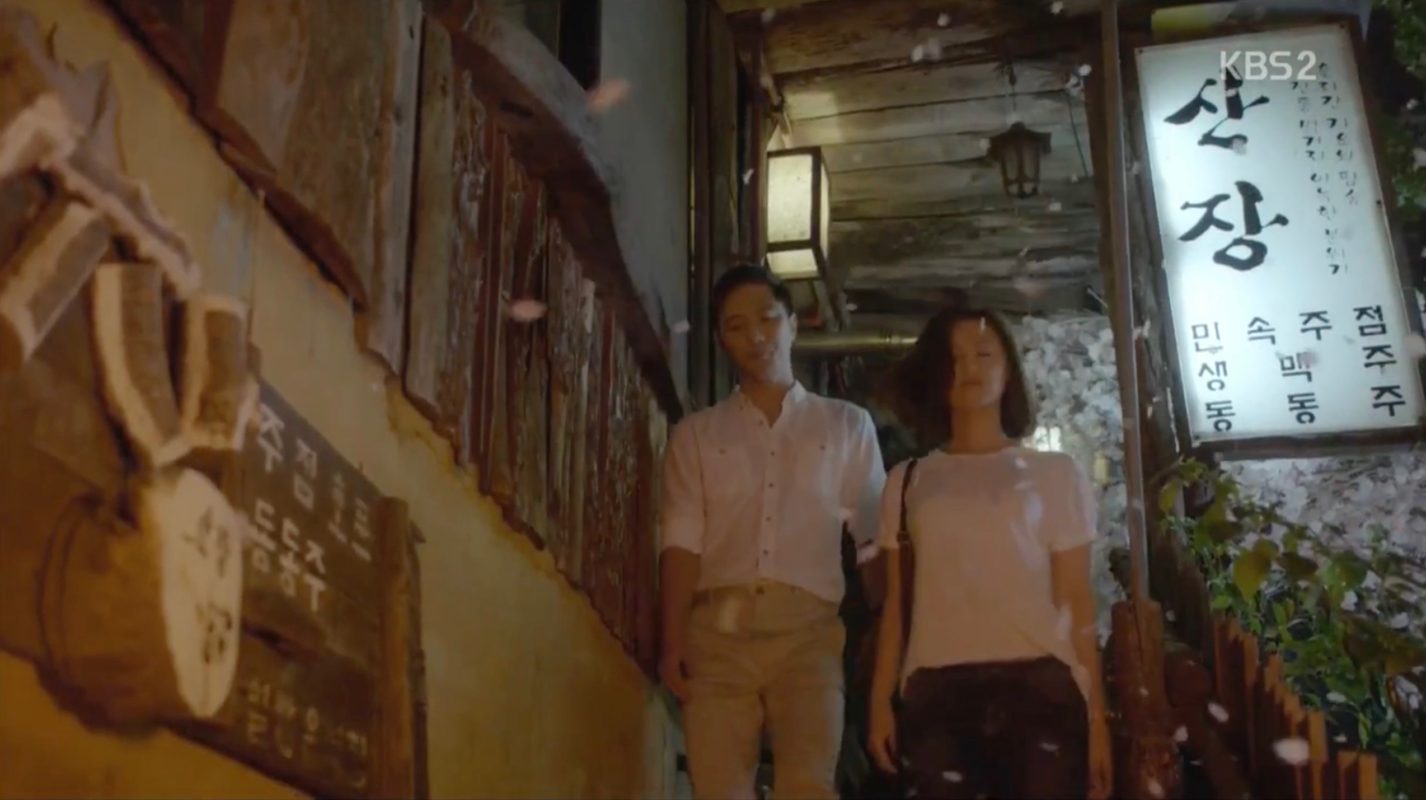 Seo Dae-Young (Jin Goo) thinks of this bar in a flashback in episode 4 of Descendants of the Sun/Descended From the Sun (태양의 후예) (KBS2, 2016). Here came here with Yoon Myeong-Joo (Kim Ji-Won) after he went to his ex-girlfriend’s marriage and Myeong-Joo had pretended to be his new girlfriend.

Everyone meets up here to drink in episode 5 of Discovery of Love/Discovery of Romance (연애의 발견) (KBS2, 2014). Her drunken ex-boyfriend Kang Tae-Ha (Eric) confesses his new-found love to Han Yeo-Reum (Jung Yu-Mi) and she later introduces Nam Ha-Jin (Sung Joon) as her boyfriend to her friends; while Tae-Ha visibly hurts inside.

The building seen in DOTS and Discovery of Love, which is a few steps away from Kodachaya — Hongdae Outlet [코다차야 홍대점], now appears to be vacant.

▶ Turn left, go straight for 50 meters, the building is on your right.