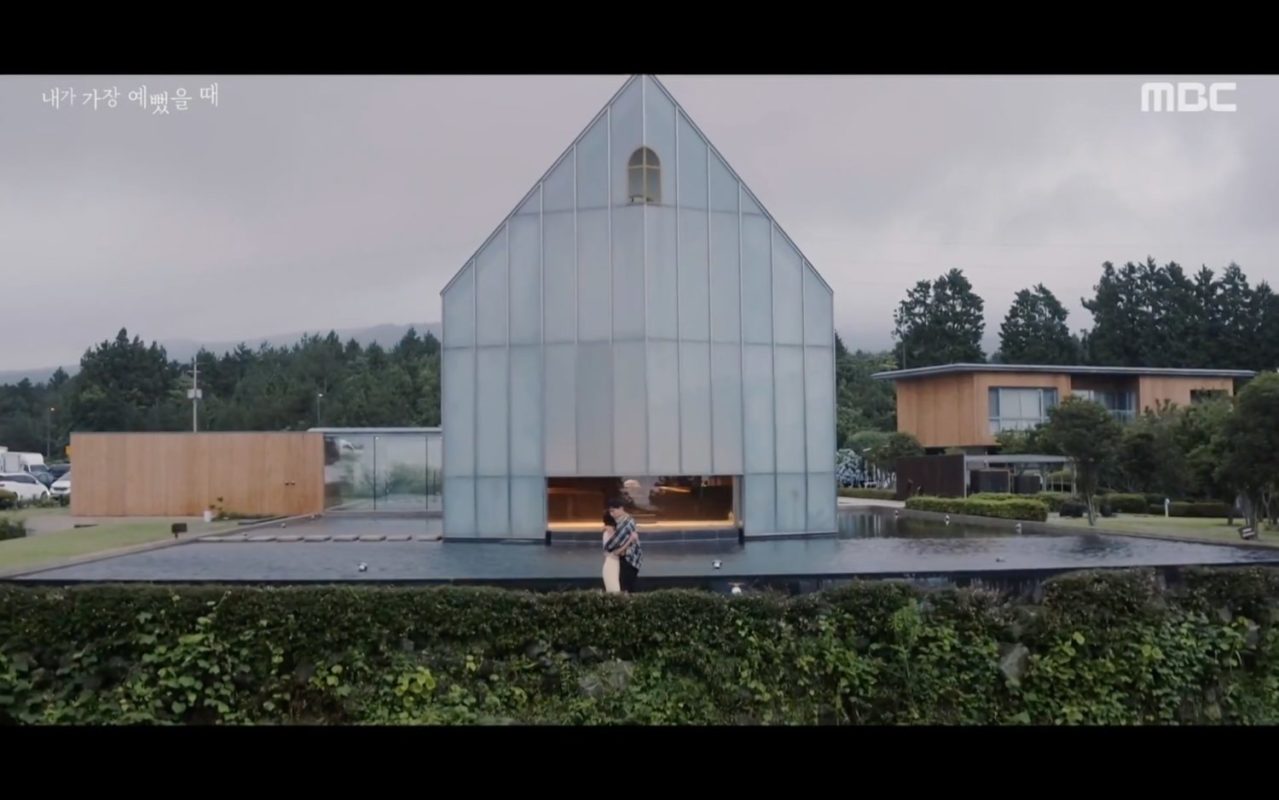 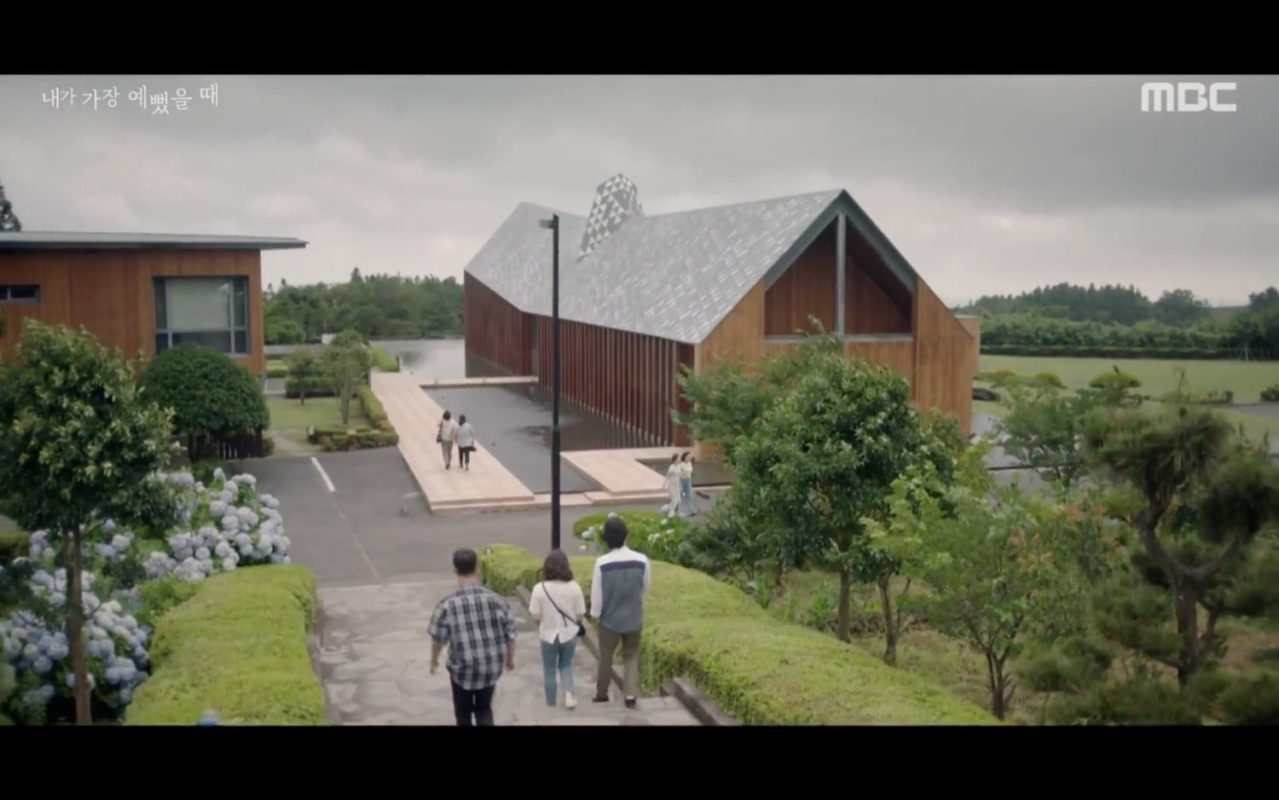 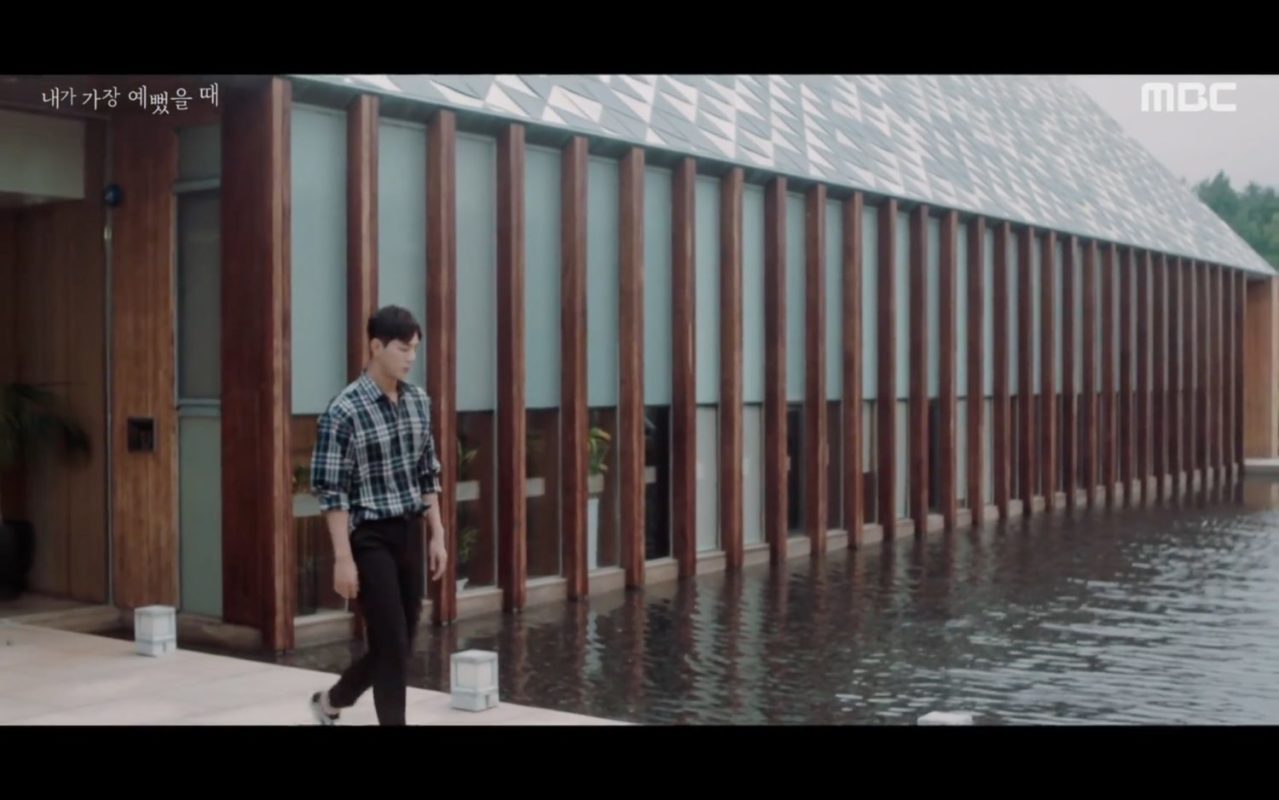 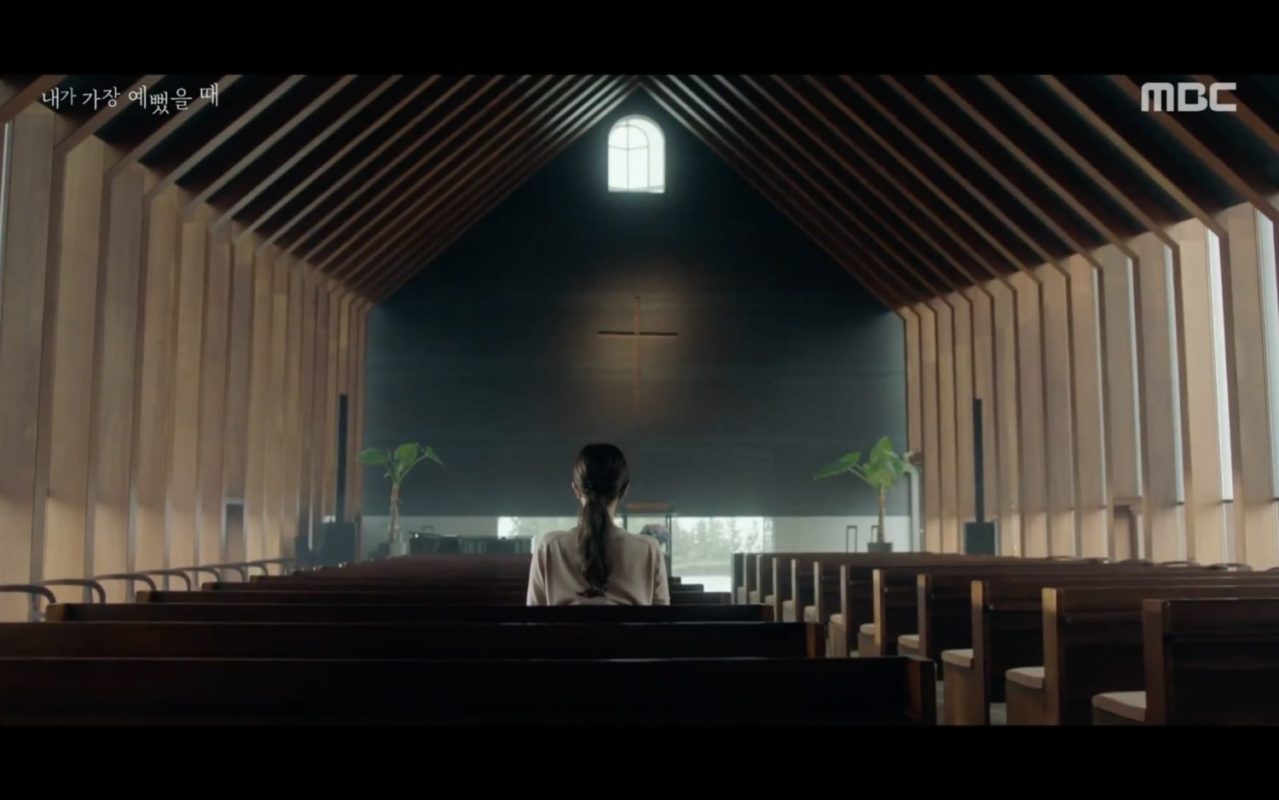 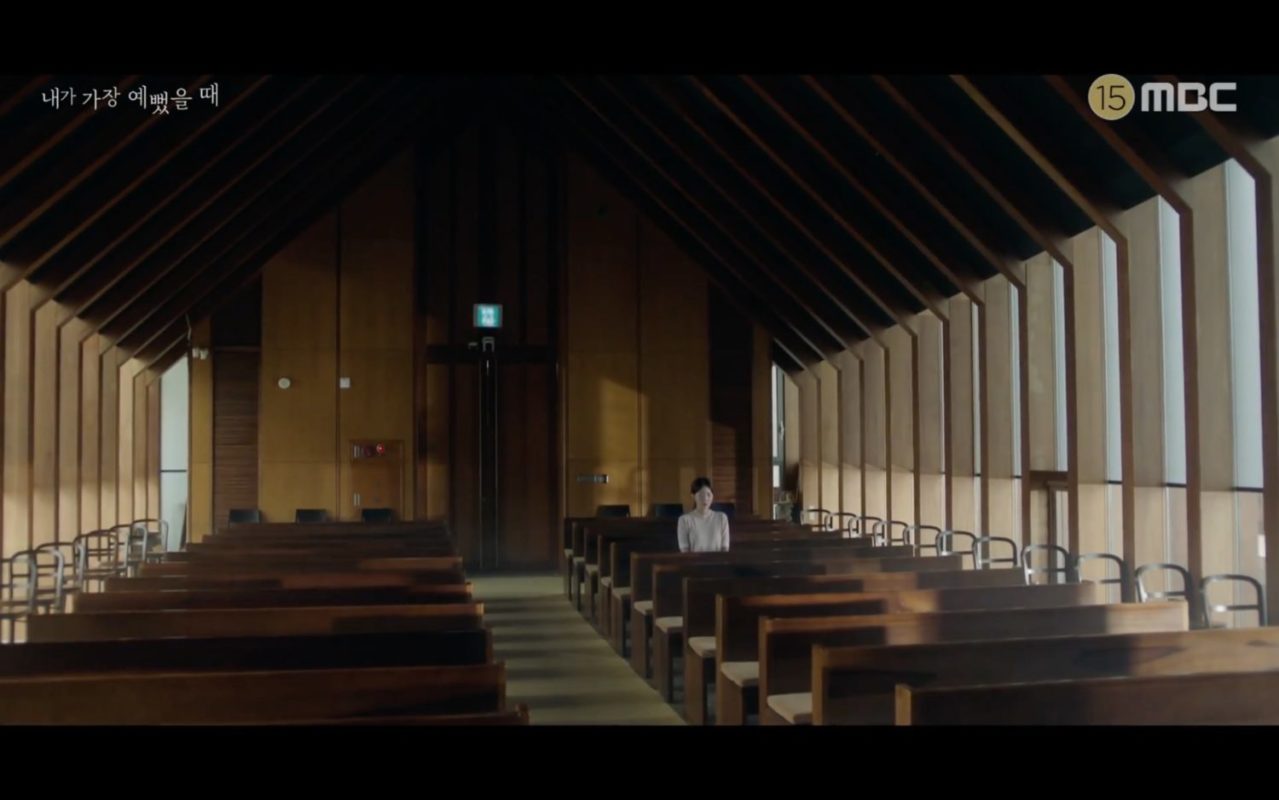 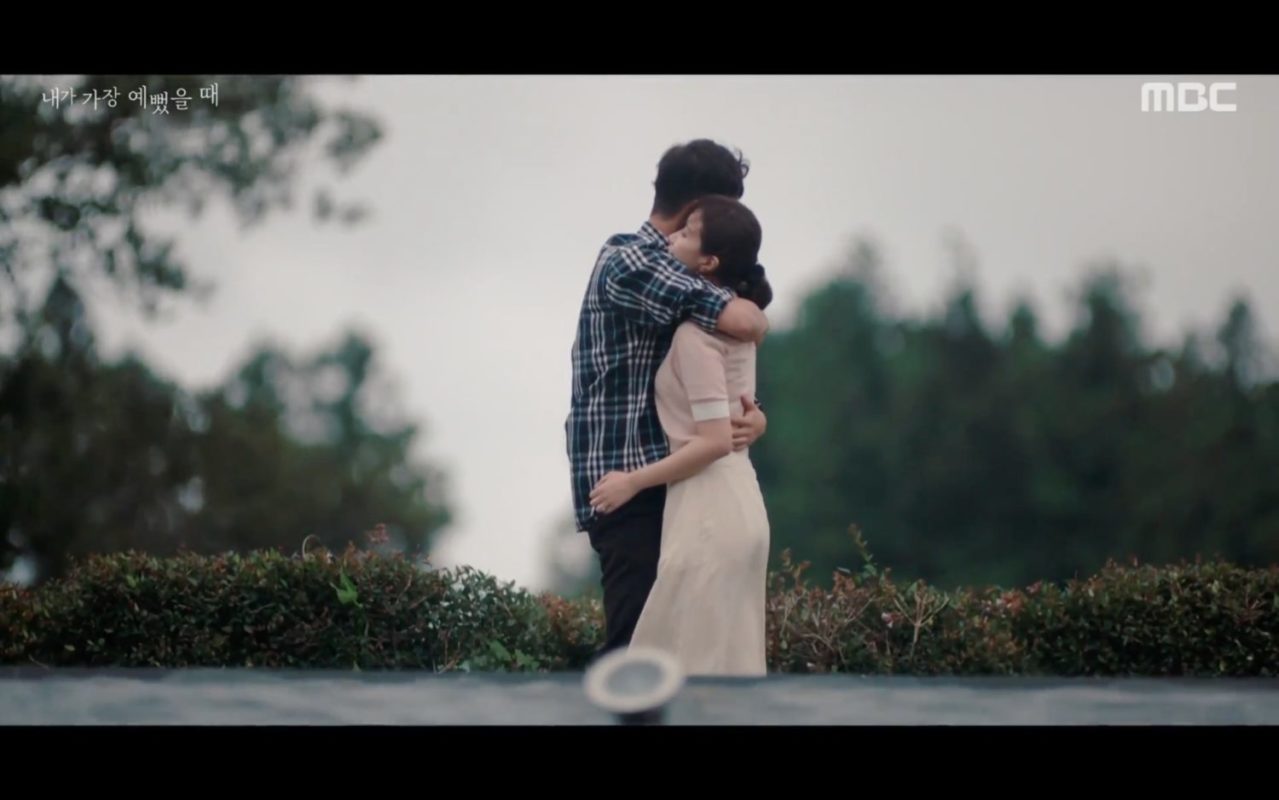 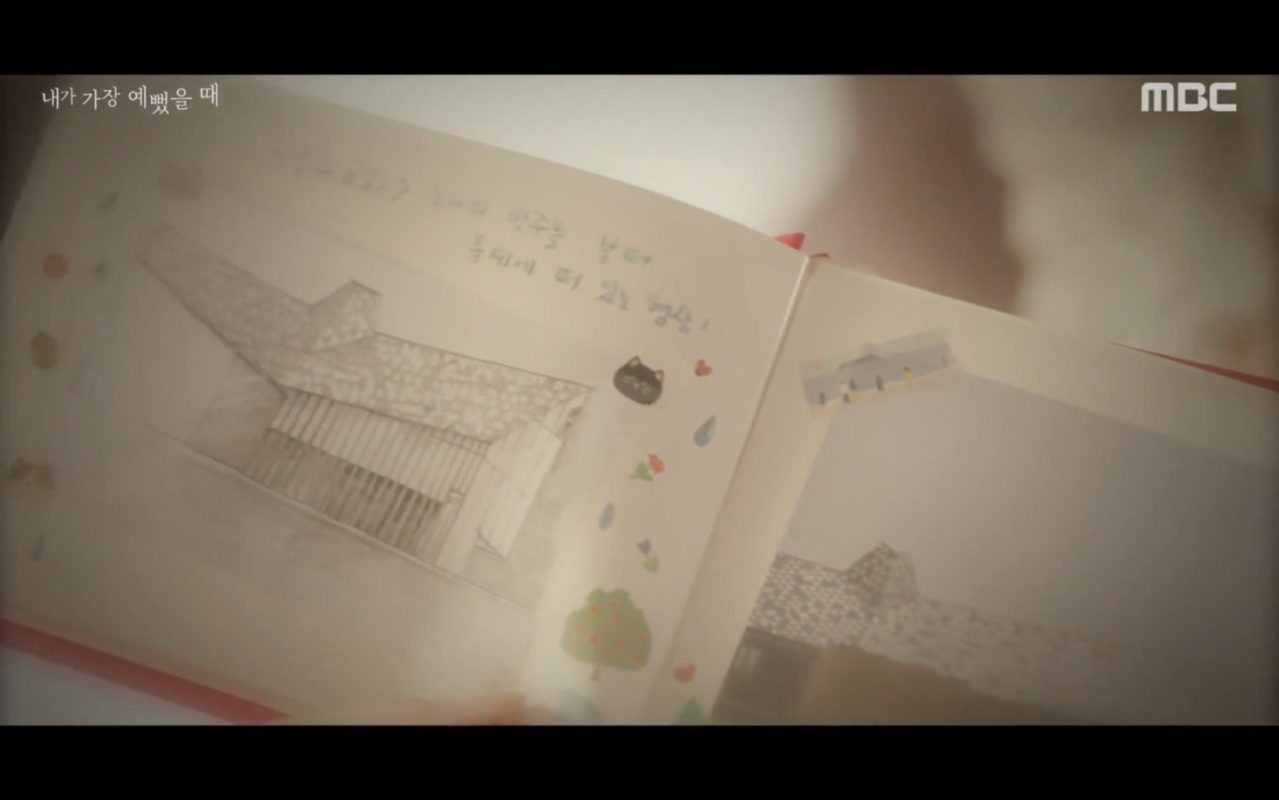 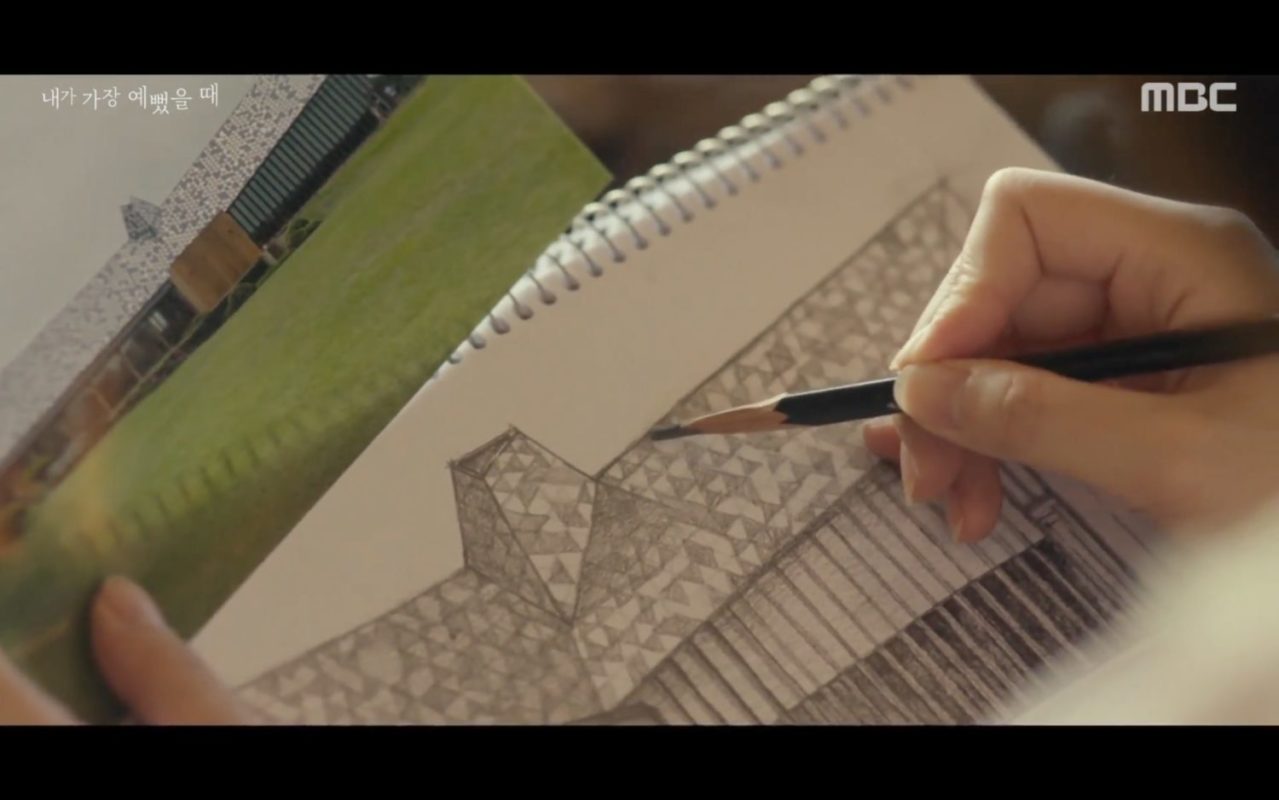 Three years after her husband Seo Jin (Ha Seok-jin) went missing, Oh Ye-ji (Im Soo-hyang) goes back to their honeymoon destination, Jeju Island, in episodes 6-7 of When I Was The Most Beautiful/When I Was The Prettiest (내가 가장 예뻤을때) (MBC, 2020) and goes back to all the places they had been together; including this chapel. This is where Seo Hwan (Ji Soo) finds her after flying over from the States, as he was worried about his sister-in-law.

The church’s name (bangju/방주) translates to ‘Noah’s Ark’, as its shape resembles a floating ark on water. Designed by renowned architect Jun Itami (이타미 준/伊丹潤; 1937–2011), its architectural theme, however, was that of ‘sky architecture’, “one that would reflect and not work against the spectacular and often changing skies of the locale”, as Fiona Macdonald cites Jun Itami’s architecture company Itami Jun Architects.

Jun Itami realized most of his projects in South Korea and the majority in later years on Jeju Island, which he considered as his ‘second hometown’. Born in Tokyo but with South Korean origins, Jun Itami majored in architecture at the Musashi Institute of Technology and raised to world fame with his solo exhibition at the Guimet (Museum national des Arts asiatiques) in Paris, France, in 2003. The prizes he’s received includes the Award of The Korea Institute of Architect (2001), the Légion d’honneur, Grade de chevalier dans l’ordre des Arts et des Lettres en France (2005) and the Kim Swoo-geun Prize (2006).