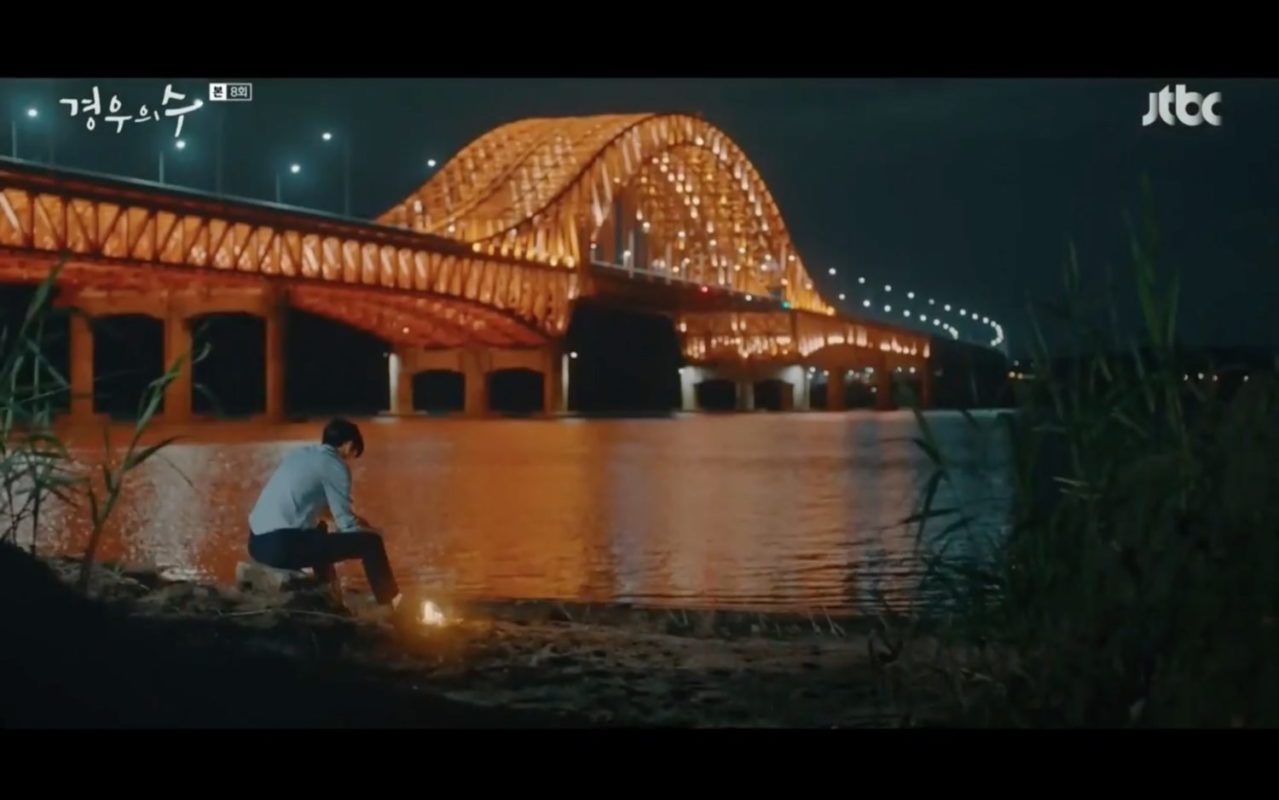 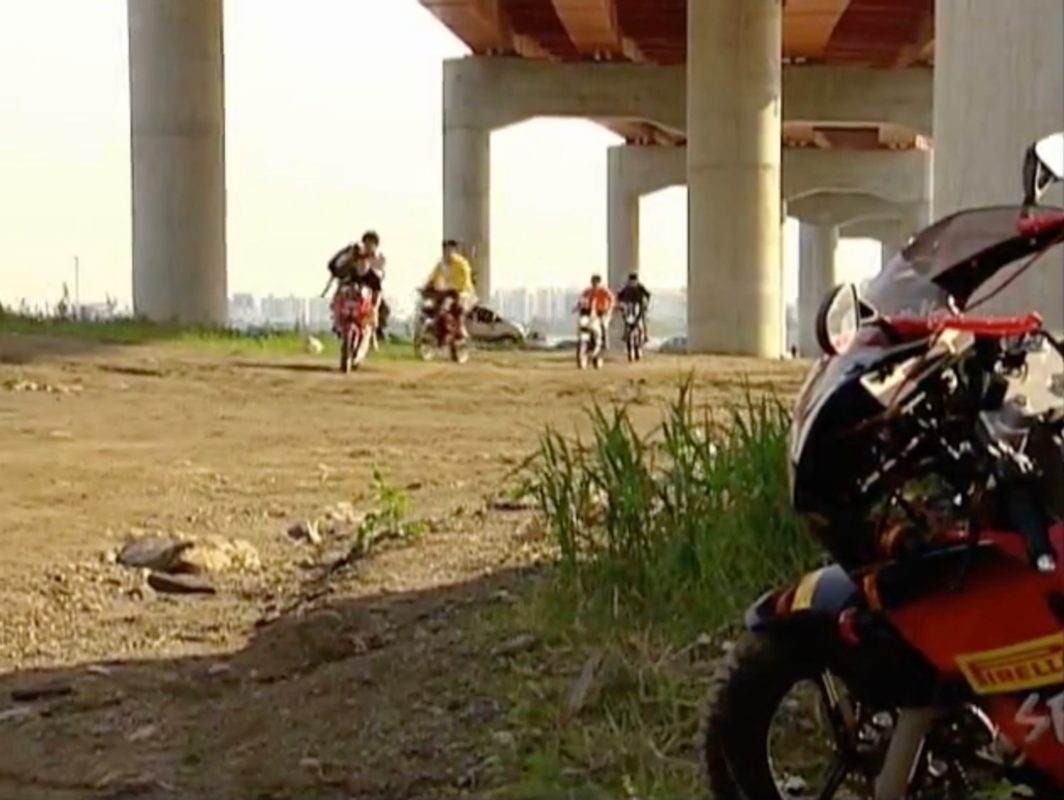 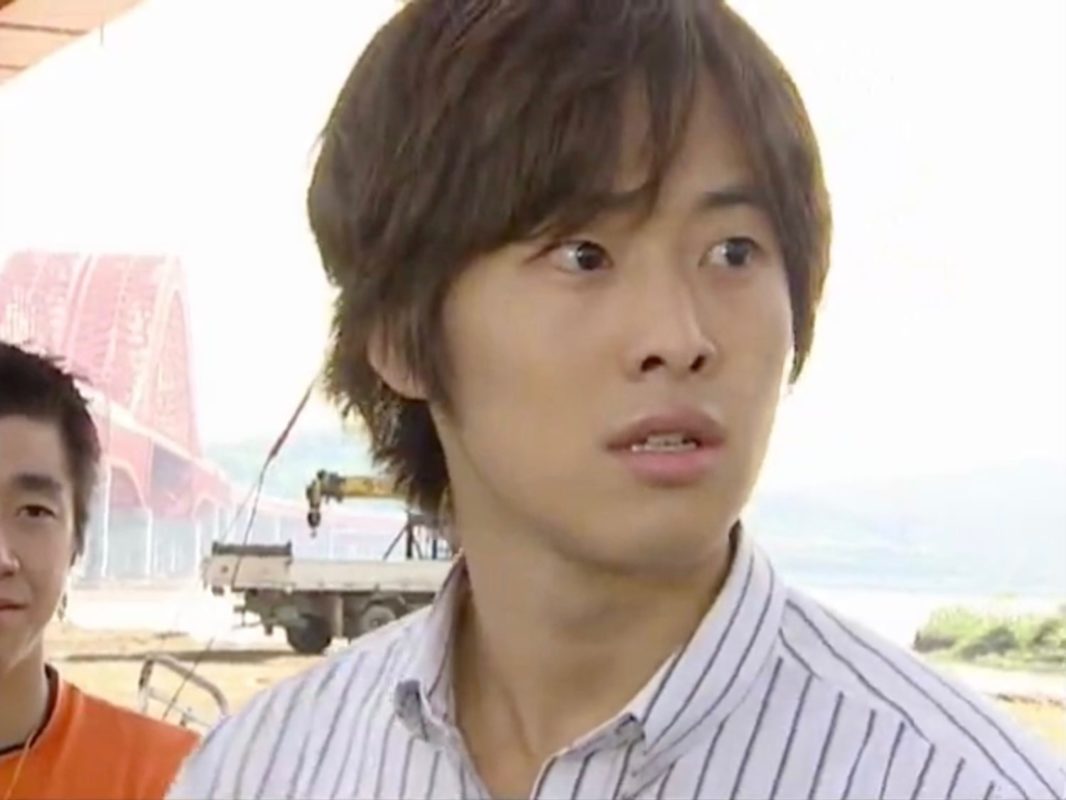 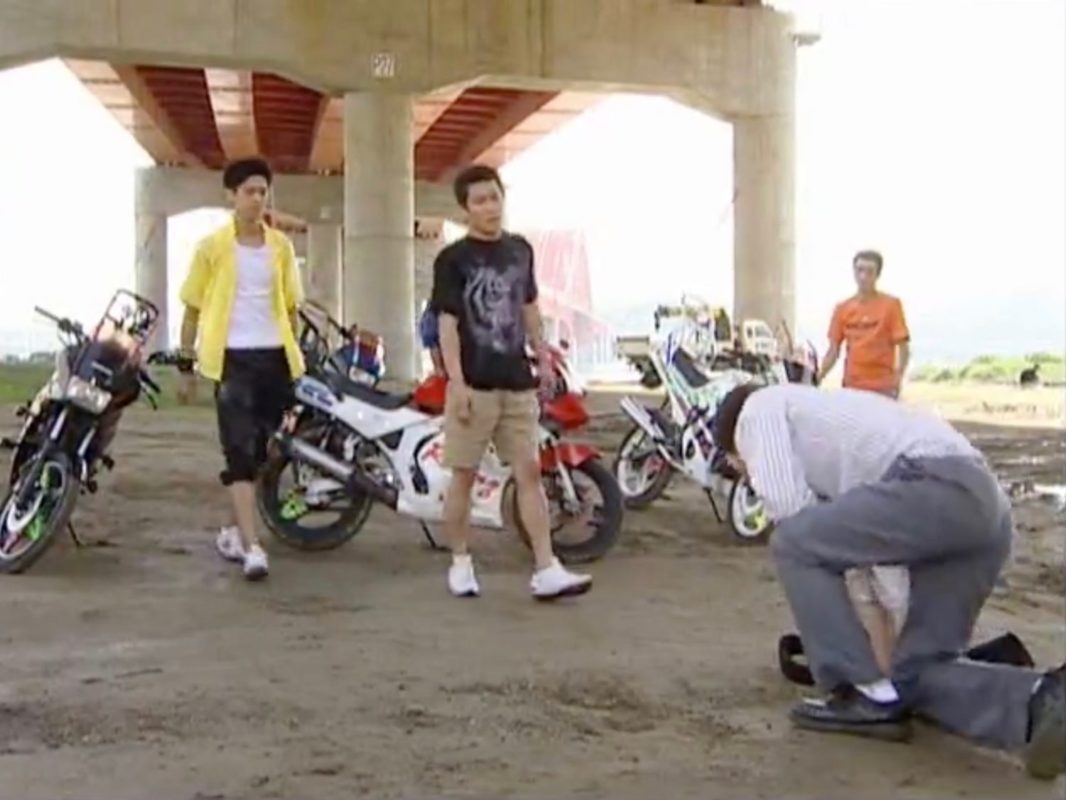 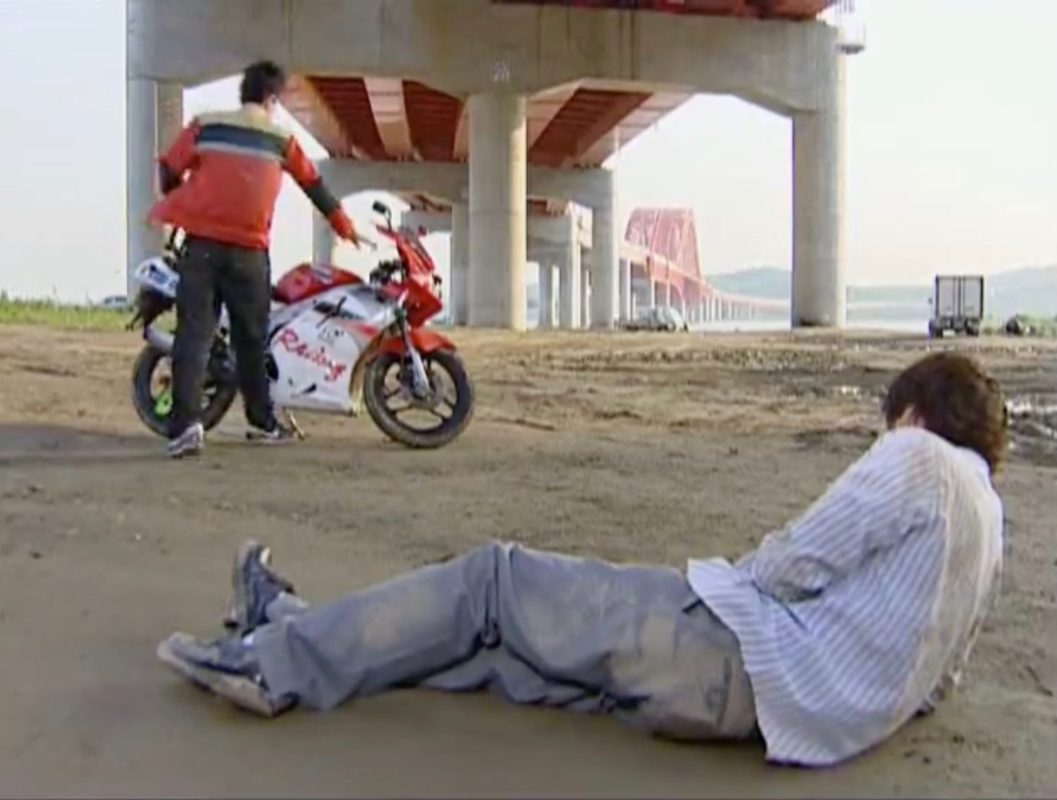 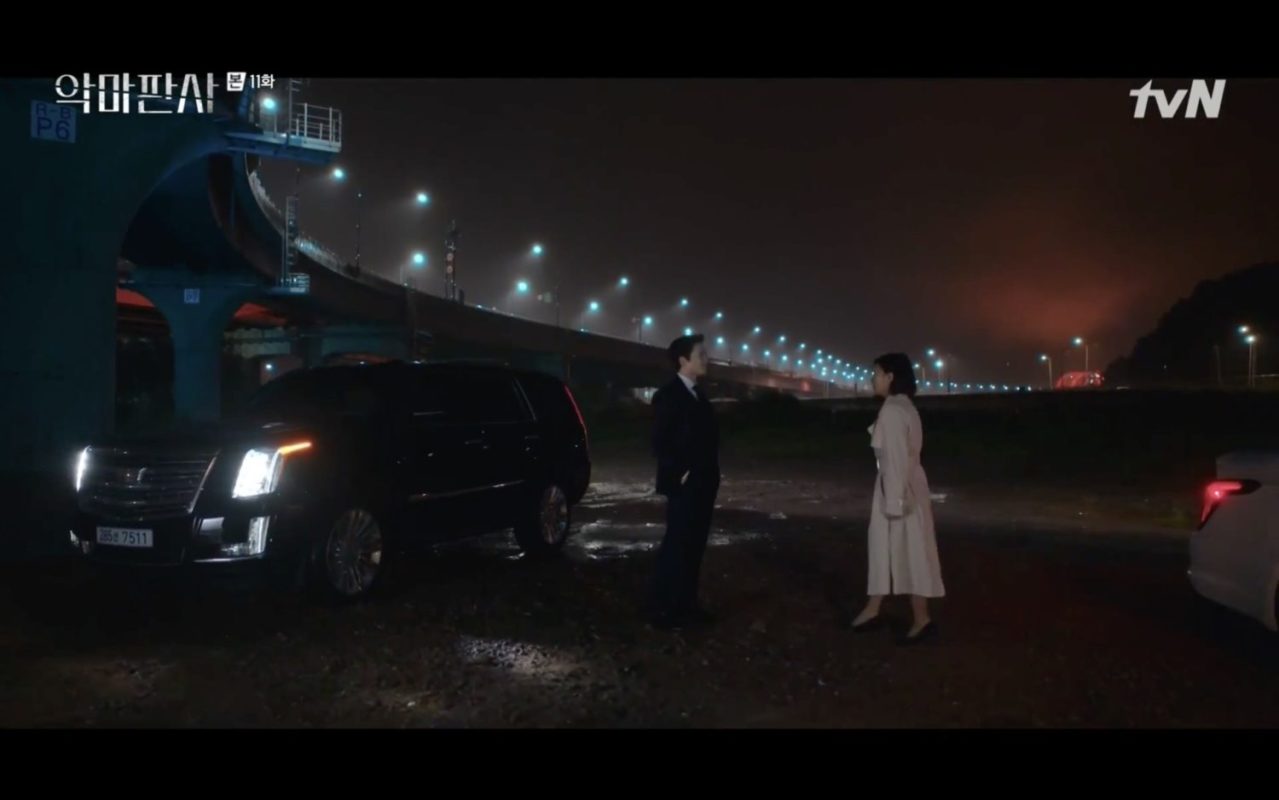 Cha Kyung-hee (Jang Young-nam) asks Kang Yo-han (Ji Sung) to meet up at night and gives the feet of this bridge as a location where she threatens him (gun in pocket) in episode 11 of The Devil Judge (악마판사) (tvN, 2021).

Lee Soo (Ong Seong-wu of Wanna One) comes to the feet at this bridge at night in episode 8 of More Than Friends/Number Of Cases (Kyeongueui Su/경우의 수) (JTBC, 2020) [SPOILER] burning the photos he took of Kyung Woo-yeon (Shin Ye-eun) — except one that he keeps in his wallet.

It is at the northern foot of this bridge that Choi Kwan-woo (Kim Jae-won) meets his school’s main bully and gangleader —who is the ‘boss’ at their school— to fight things out in episode 4 of Romance (Romangseu/로망스) (MBC, 2002). Kwan-woo tries to talk himself out of the situation but all of a sudden he is confronted to fight his brother Choi Jang-bi (Moon Ji-yoon). His brother joined the school bully’s gang without Kwan-woo’s knowledge and was given the task to beat his brother up as part of his gang initiation — which he does, and severely so.

Banghwadaegyo or Banghwa Bridge [방화대교/傍花大橋], completed on November 21 2000, is the 27th bridge and longest bridge built across the Han River, spanning a length of 2,559 meters. The bridge was built as part of the Incheon International Airport Expressway (Expressway No. 130) and connects Seoul’s neighborhood of Banghwa [Banghwa-dong/방화동] in the Gangseo District [Gangseo-gu/강서구] with Goyang’s neighborhood Gangmae [Gangmae-dong/강매동] in the Deokyang District [Deokyang-gu/덕양구]. Banghwa Bridge [방화대교] also sits at the northern end of Haengju Fortress Park [행주산성공원] and can be best viewed from there.

The design of the bridge is reminiscent of the departing and landing of airplanes as it was built to improve traffic to and from the airport.

This bridge was featured on a stamp in the ‘2nd Bridge Series’ issued in 2005 by the South Korean Post.