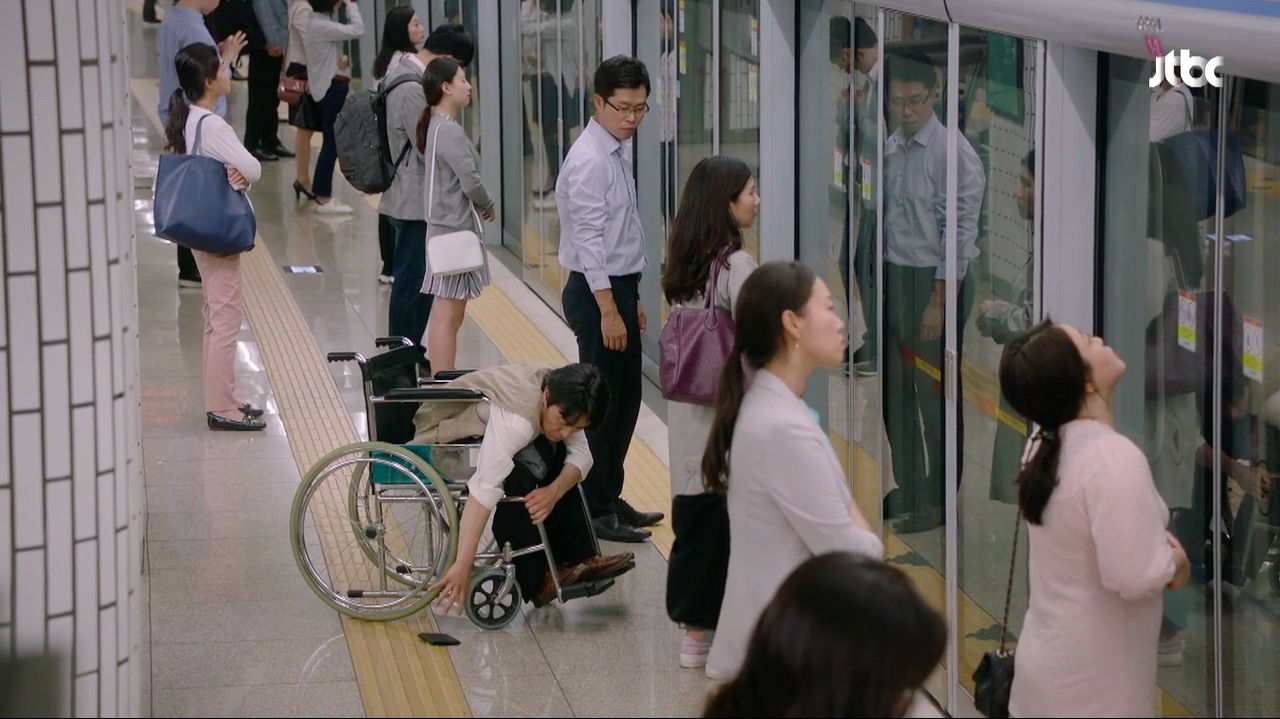 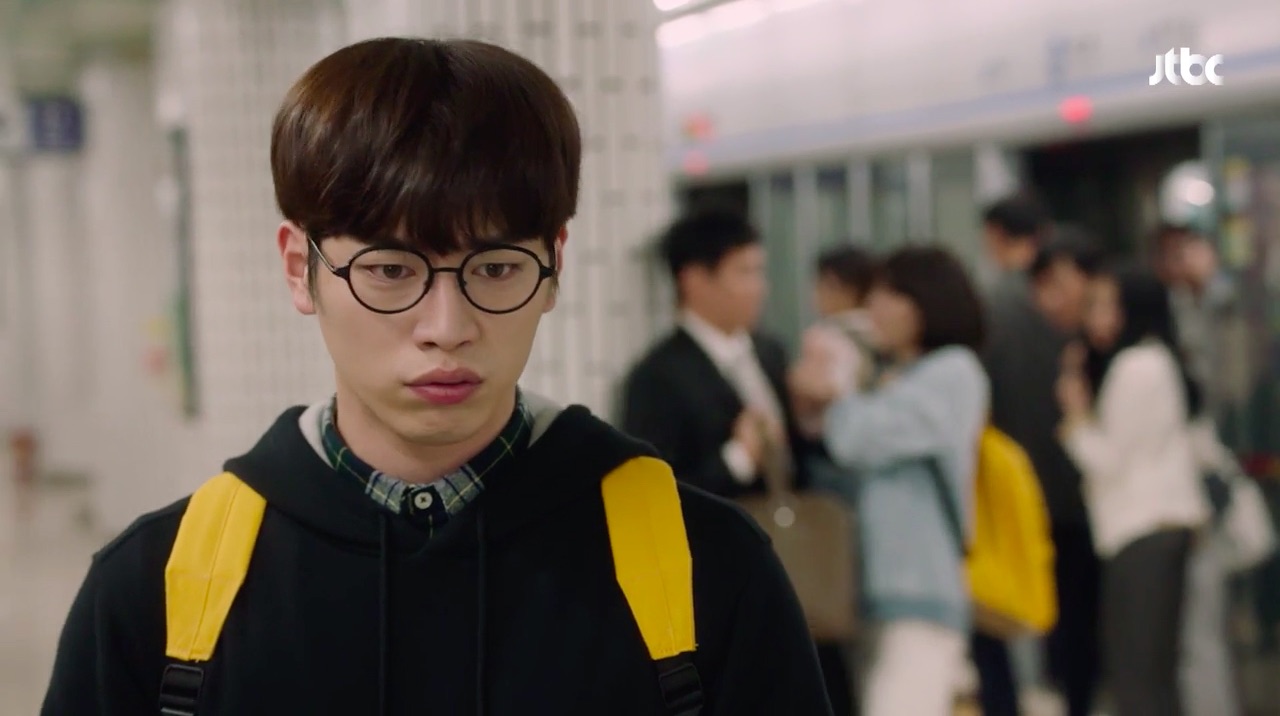 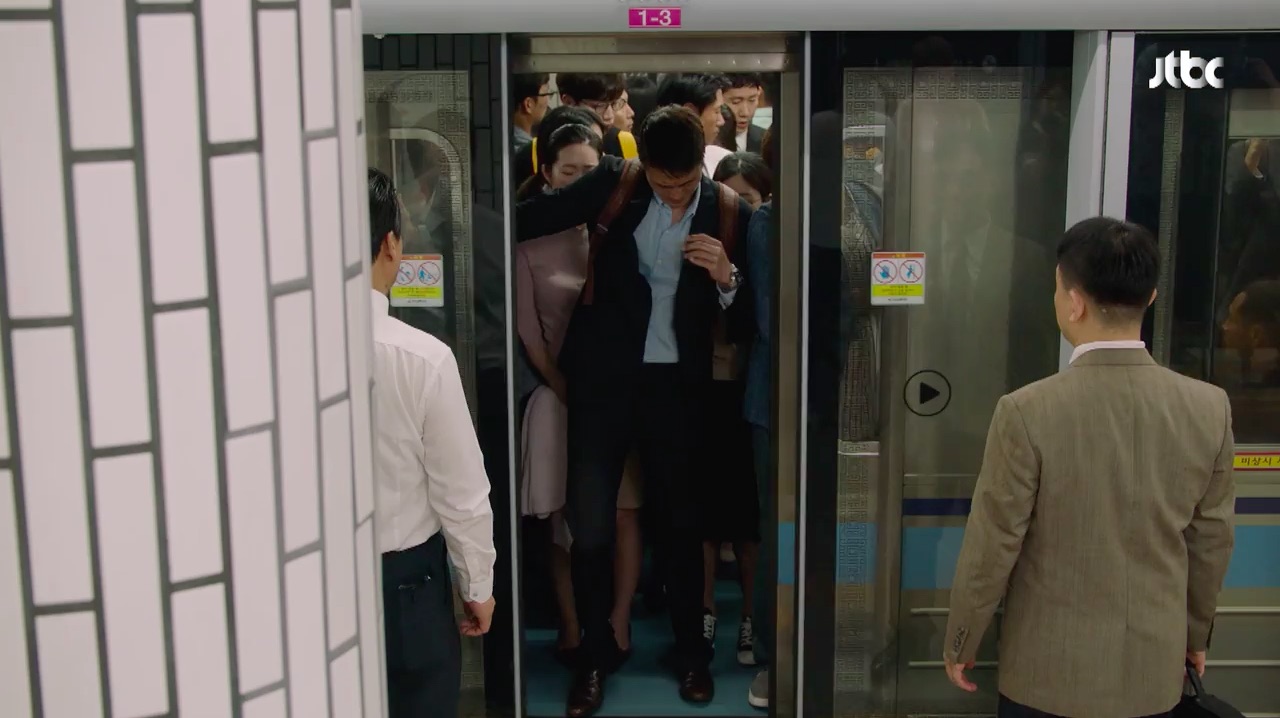 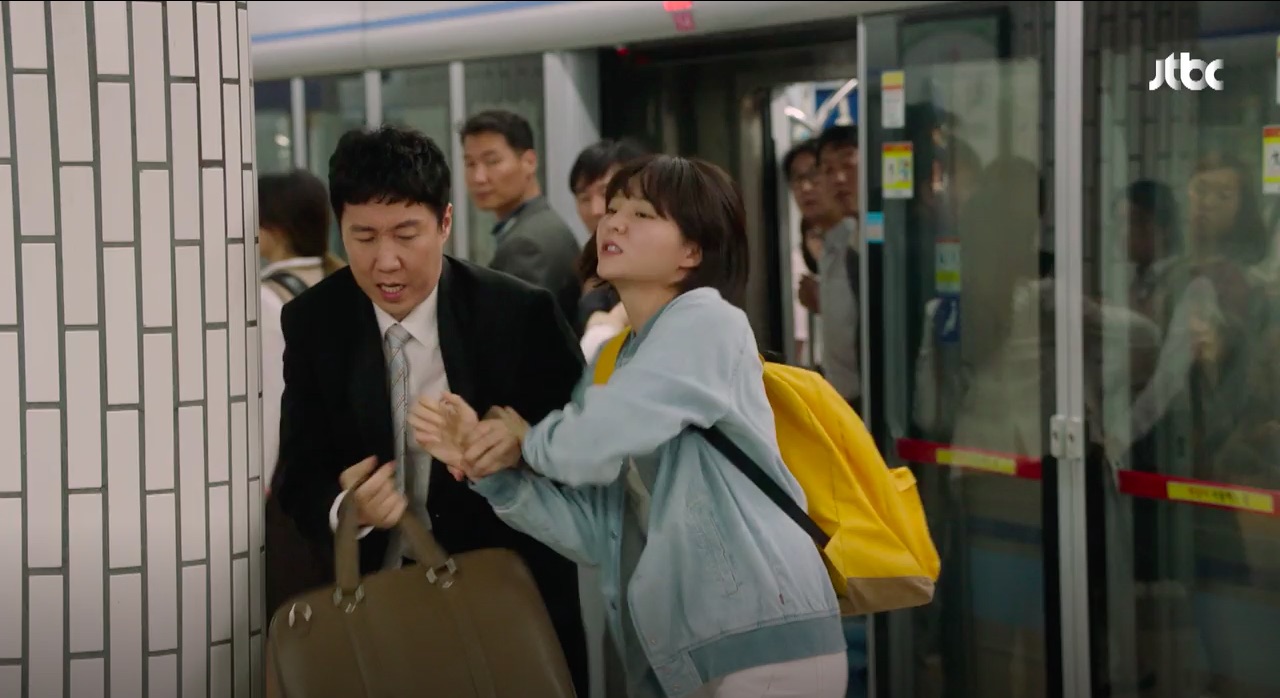 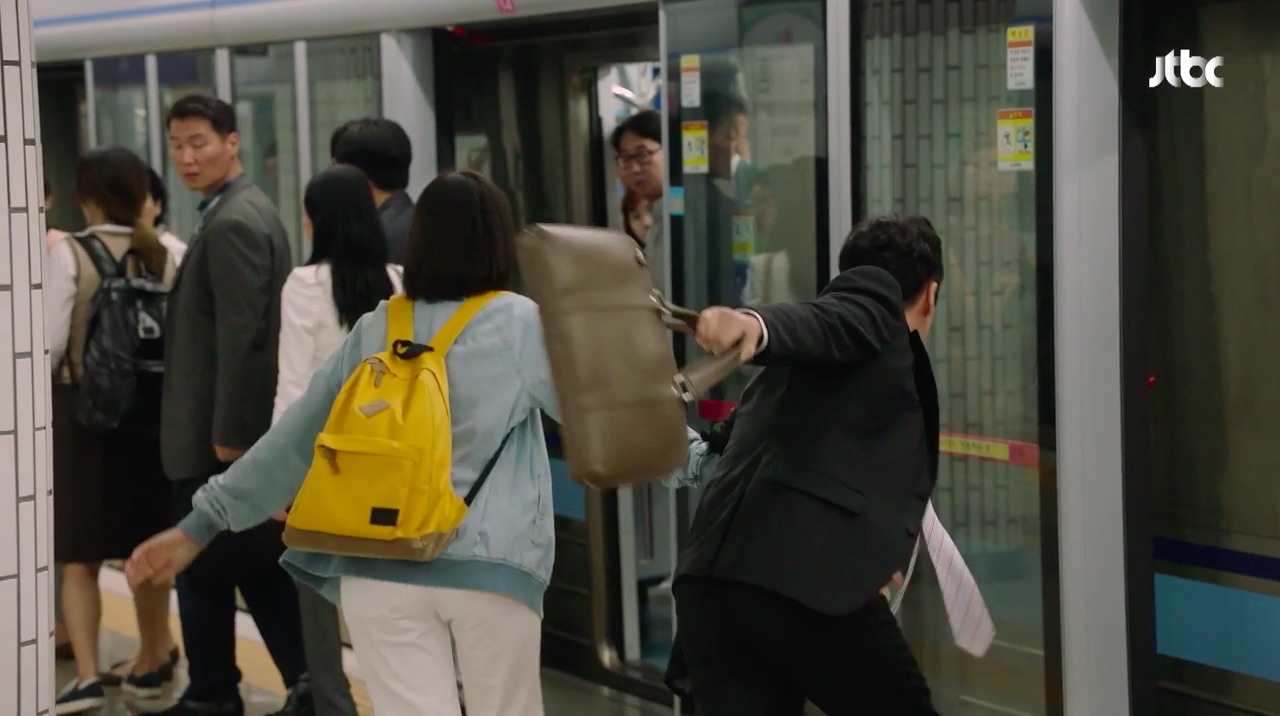 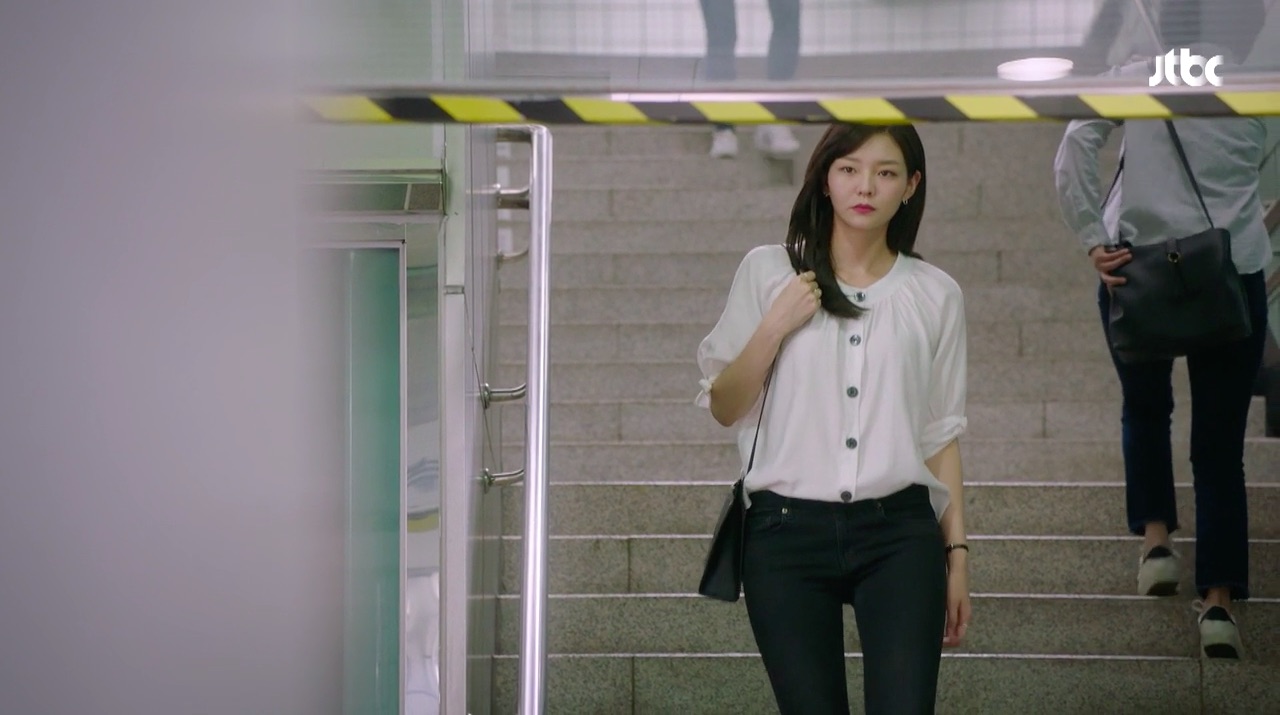 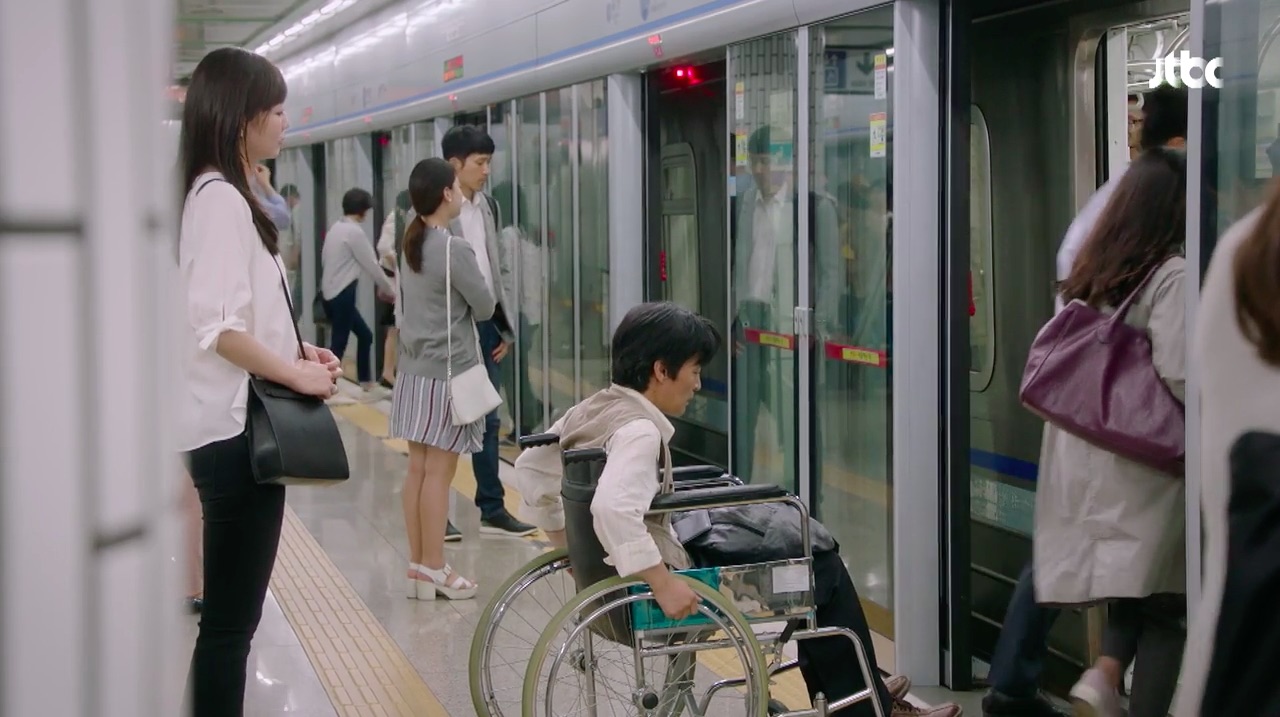 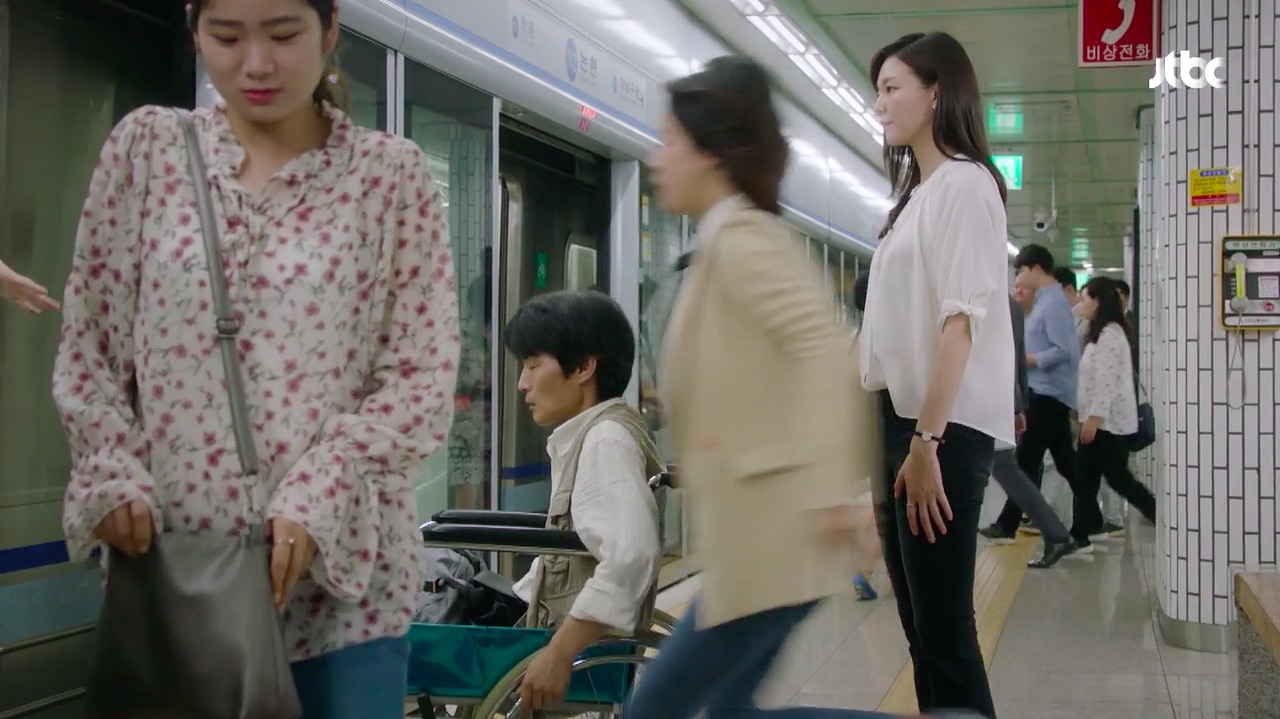 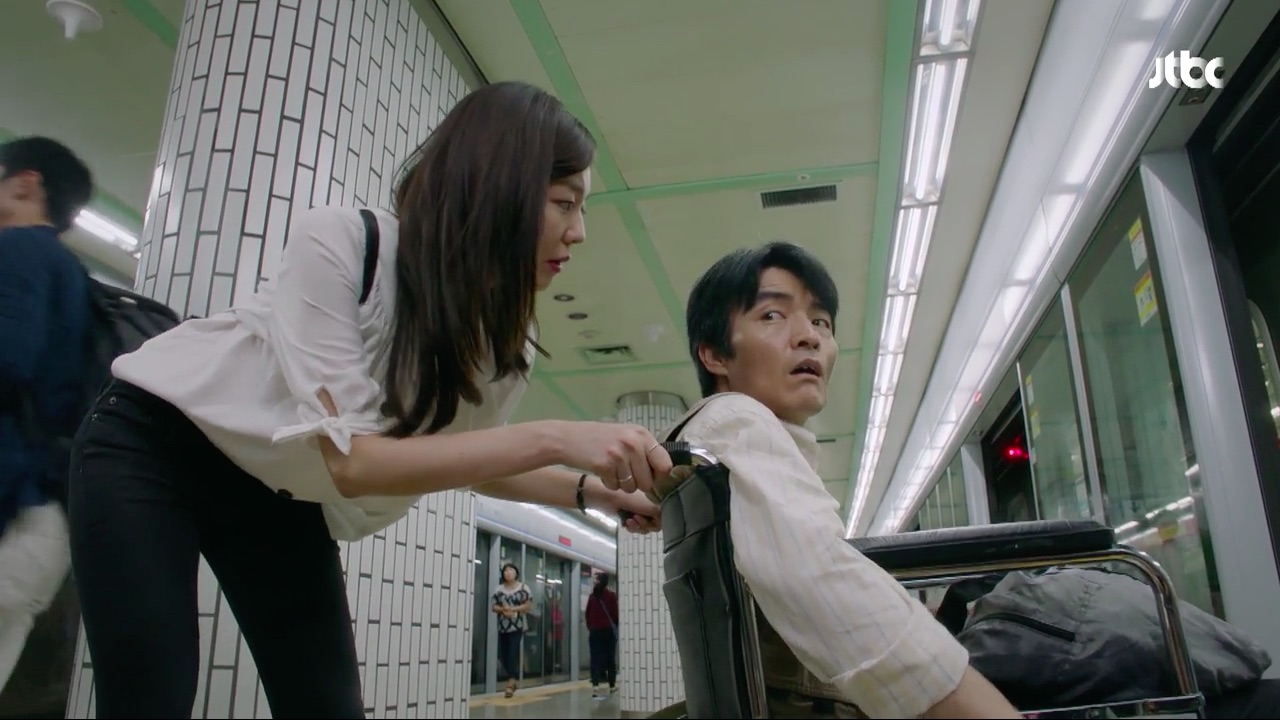 This first appears as Sejin University Station in episode 1 of The Third Charm / The 3rd Charm (제3의 매력) (JTBC, 2018) where On Joon-young (Seo Kang-joon) alights to go to school. On the subway, Lee Young-jae (E-som) spots a pervert and calls him out, pushes him onto the platform and drags him to station control to report him. Joon-young witnesses this and thinks to himself that he doesn’t like loud girls like that.

In episode 3, Lee Young-jae (E-som) comes here to take the subway in 2013 at ‘Nonhyeon Station’, when she spots a man in a wheelchair trying to reach for his wallet and goes over to help him. Just as the train reaches, commuters rush to catch it, and a female commuter gets her bag caught on the wheelchair’s handles by accident, causing the man to be shocked by the sudden movement. Annoyed by what happened, she asks after the man and helps him onto the train.

Note: This is not the real Nonhyeon Station in Seoul as 1) the station is on Seoul Subway Line 7, which is represented by an olive green colour; and 2) the sign in the show states that Gangnam-gu Office Station comes after Nonhyeon, when IRL, it’s actually Hakdong Station that comes after Nonhyeon instead.