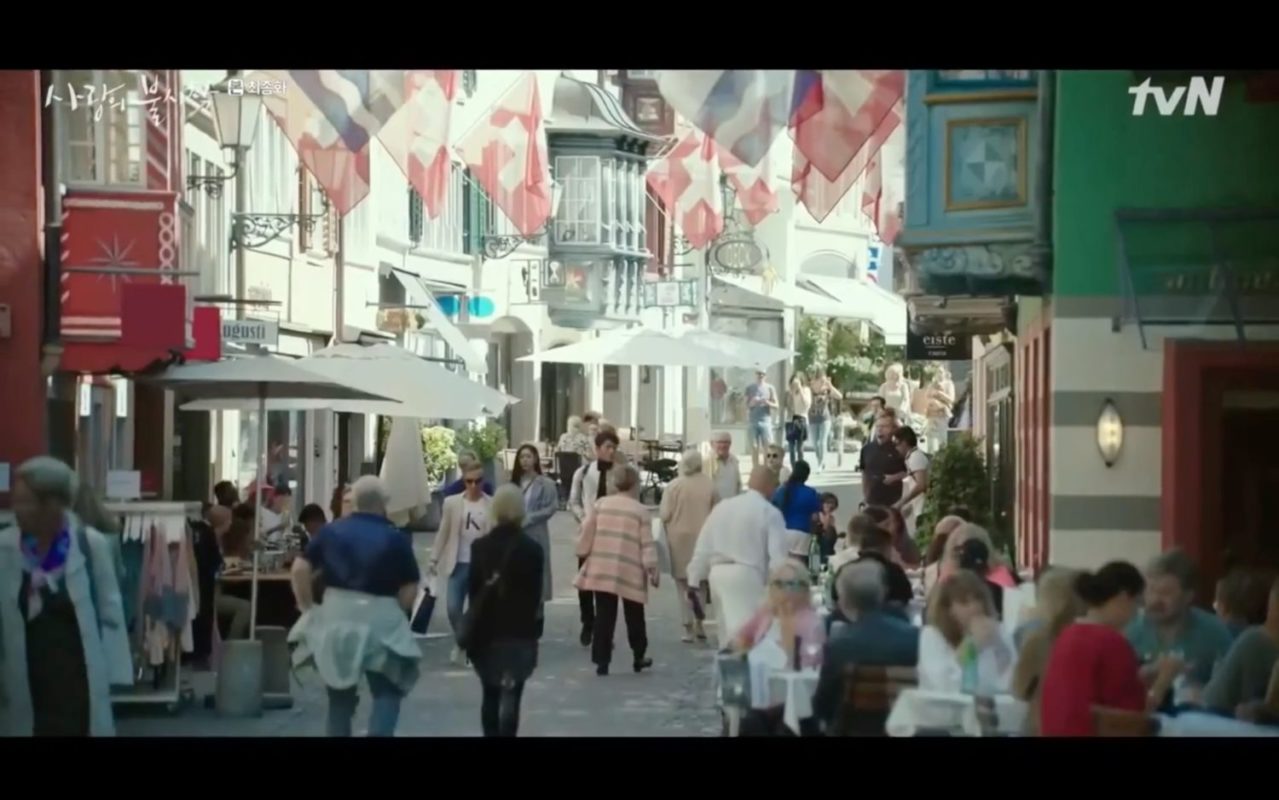 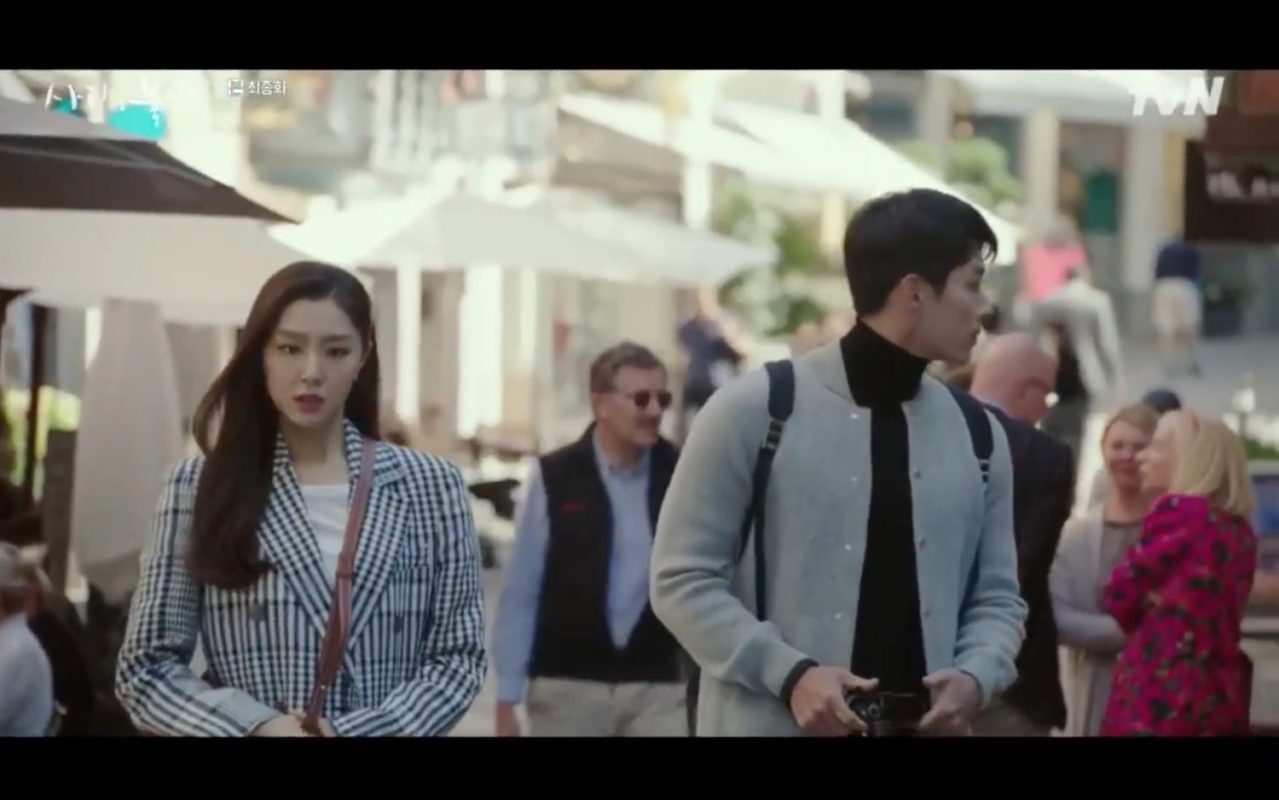 No. 17 approx. — When Seo Dan (Seo Ji-hye) visits Ri Jeong-hyeok (Hyun Bin) in Switzerland, they both do some sightseeing in Zurich, walking through this street at the height of the Meister 1881, as seen in a flashback in final episode 16 of Crash Landing on You (사랑의 불시착) (tvN, 2019-20).

Augustinergasse [奥古斯丁巷] is a medieval lane located in Zurich’s old town (Altstadt), which also makes up parts of Zurich’s Quartier Lindenhof in District 1 [Kreis 1], Switzerland. Named after the former Augustinian Abbey (now the Augustinerkirche), this lane was a central passageway in medieval times that leads directly to, and is bordered in the north by square Münzplatz. It is also in short walking distance to/from Münsterbrücke, Lindenhof, Schweizer Heimatwerk — Uriana Street Branch and the Paradeplatz.

A popular tourist attraction, it is also said to be one of “Zurich’s most beautiful historical narrow streets”.