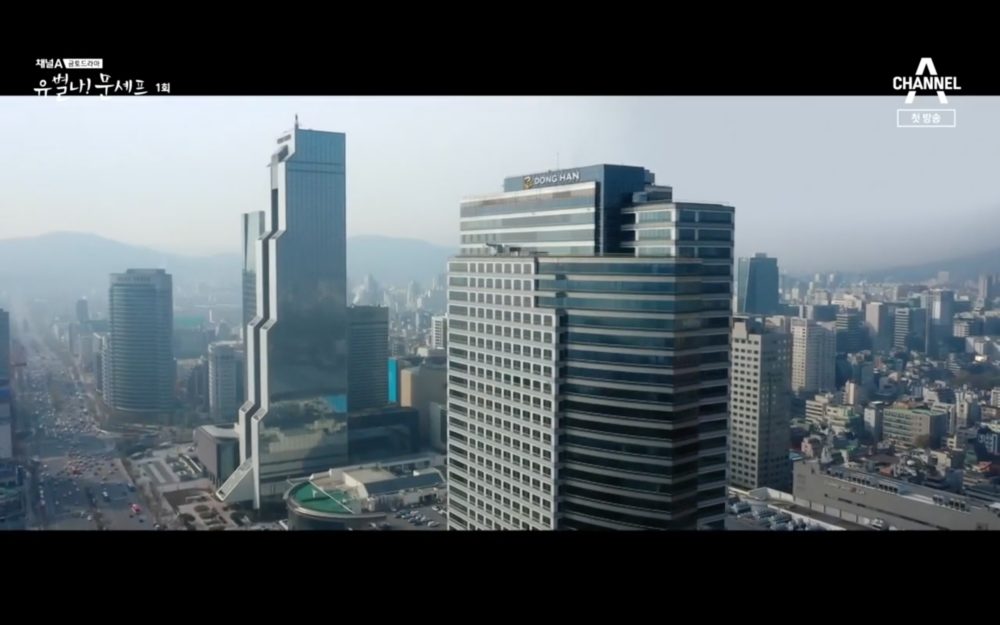 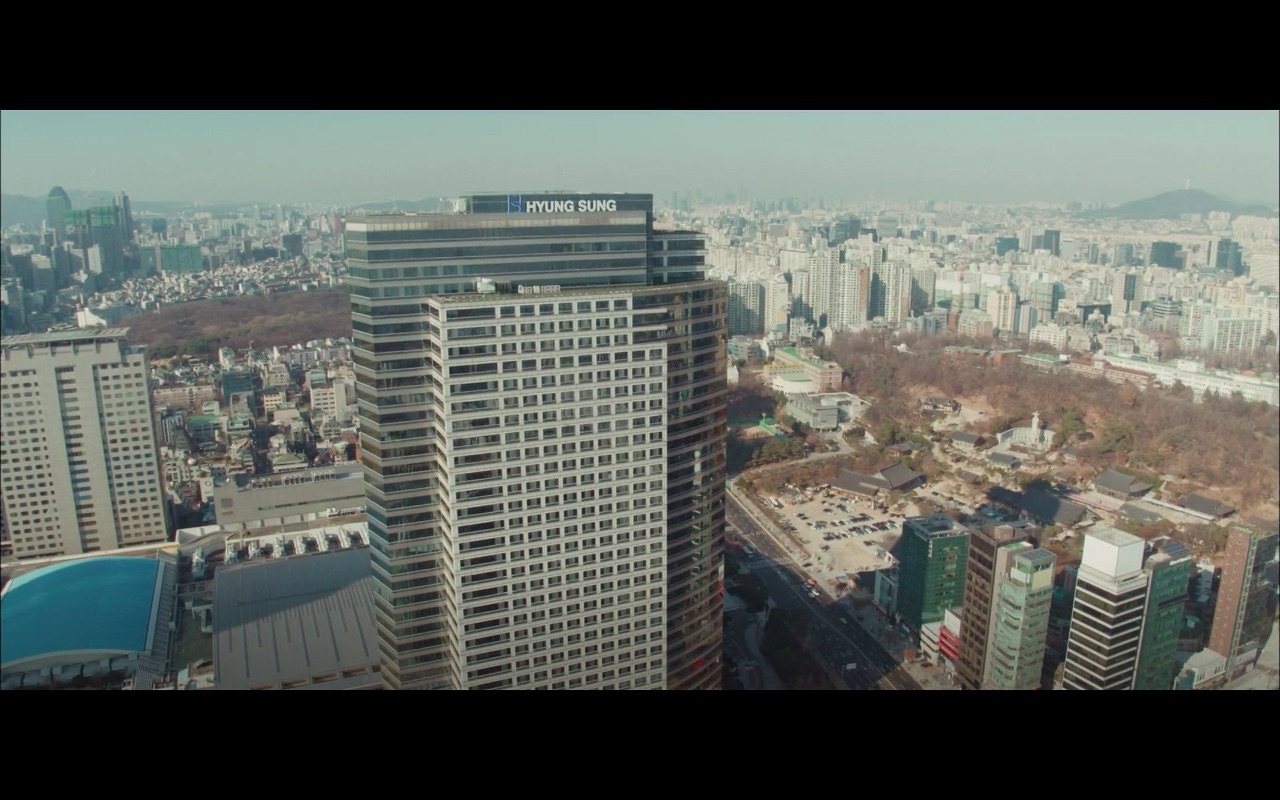 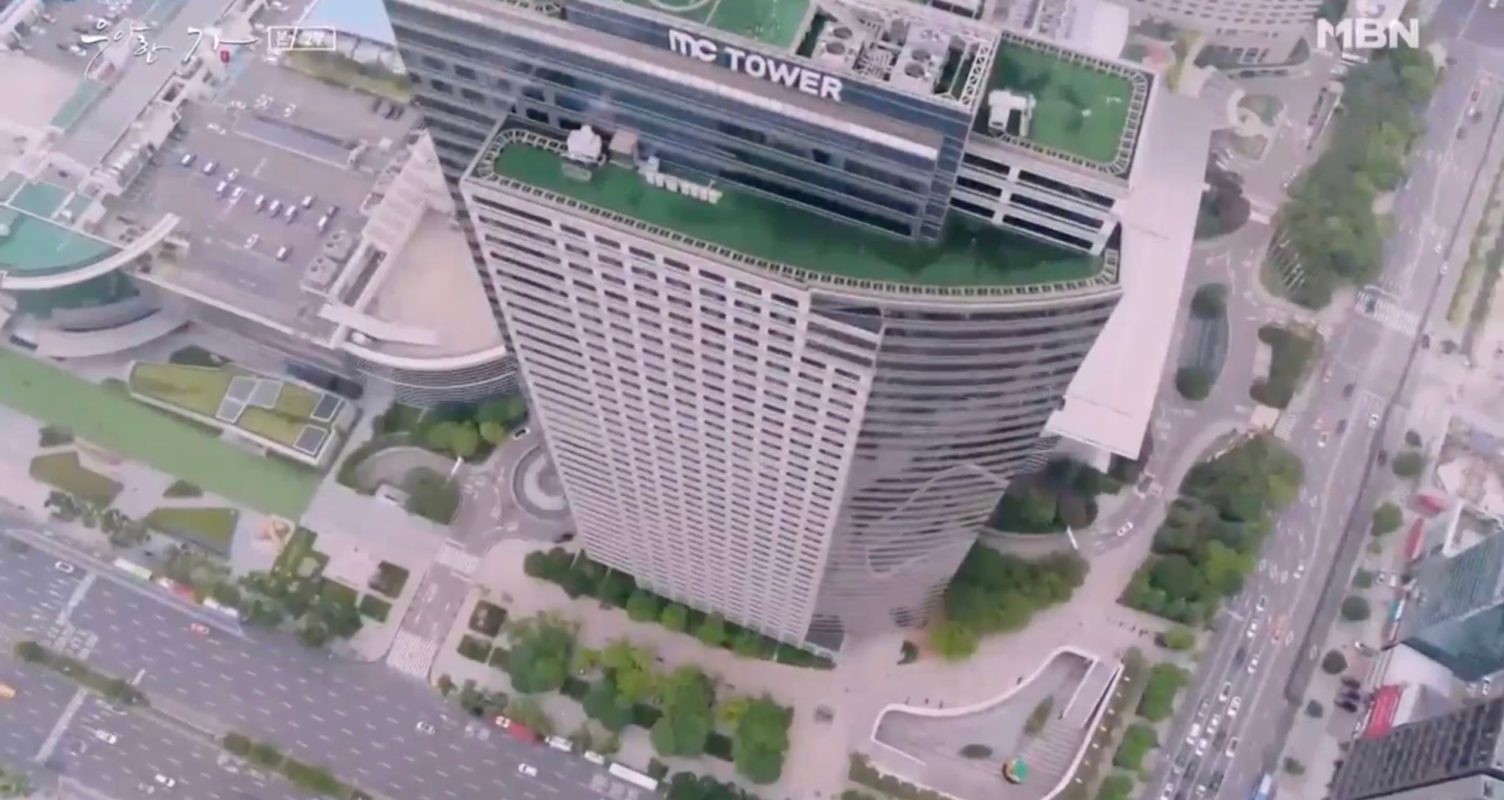 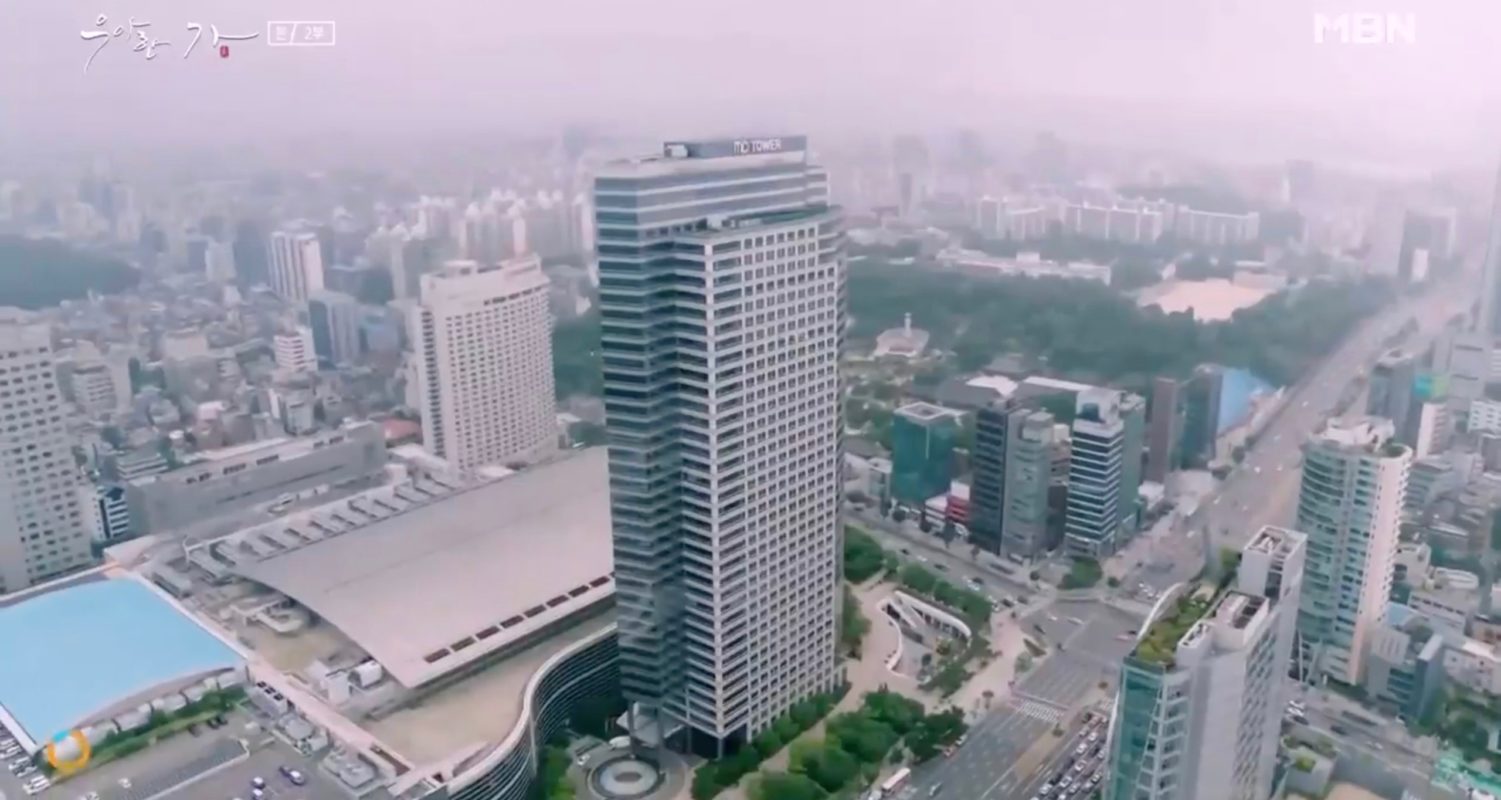 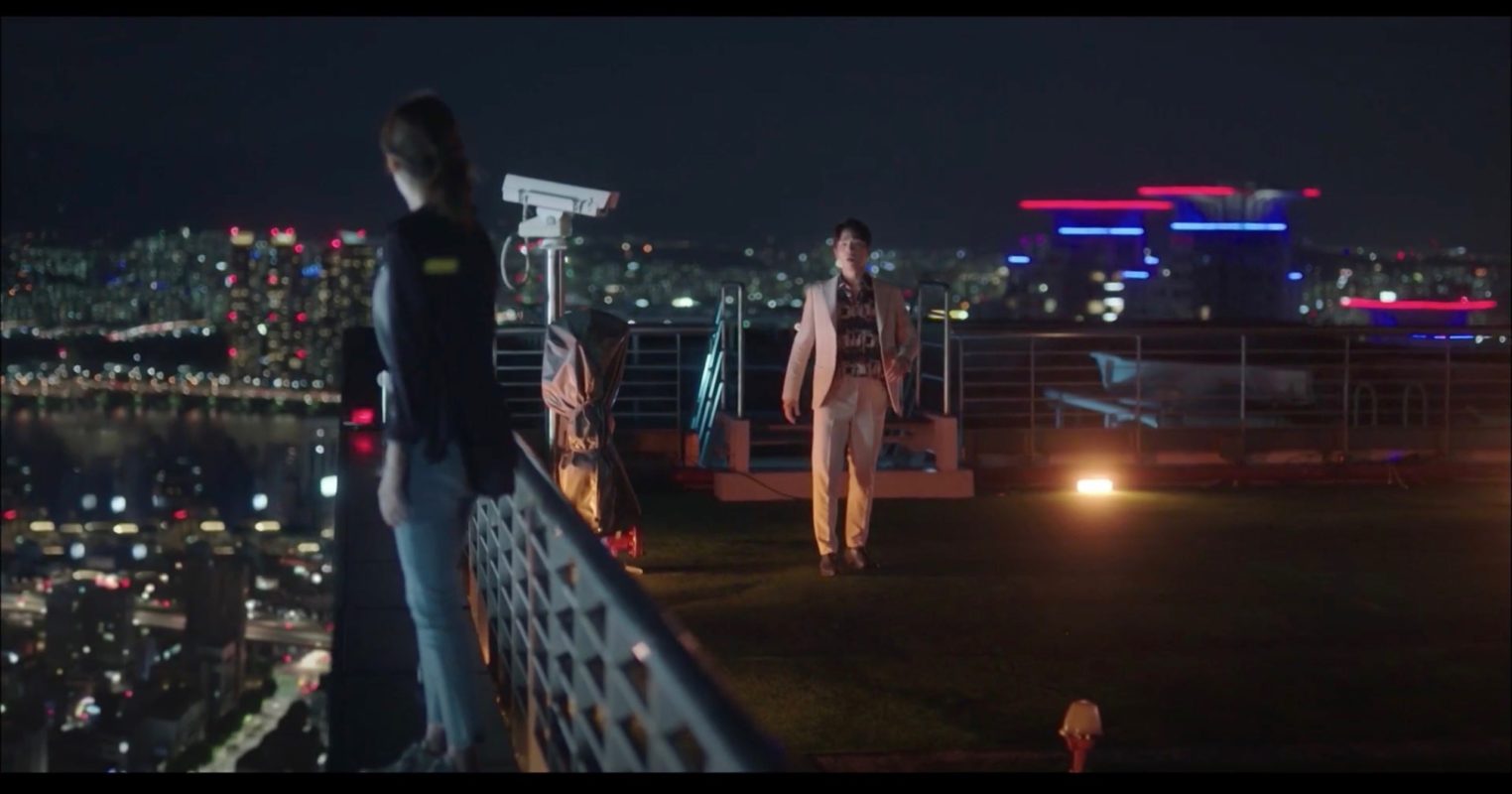 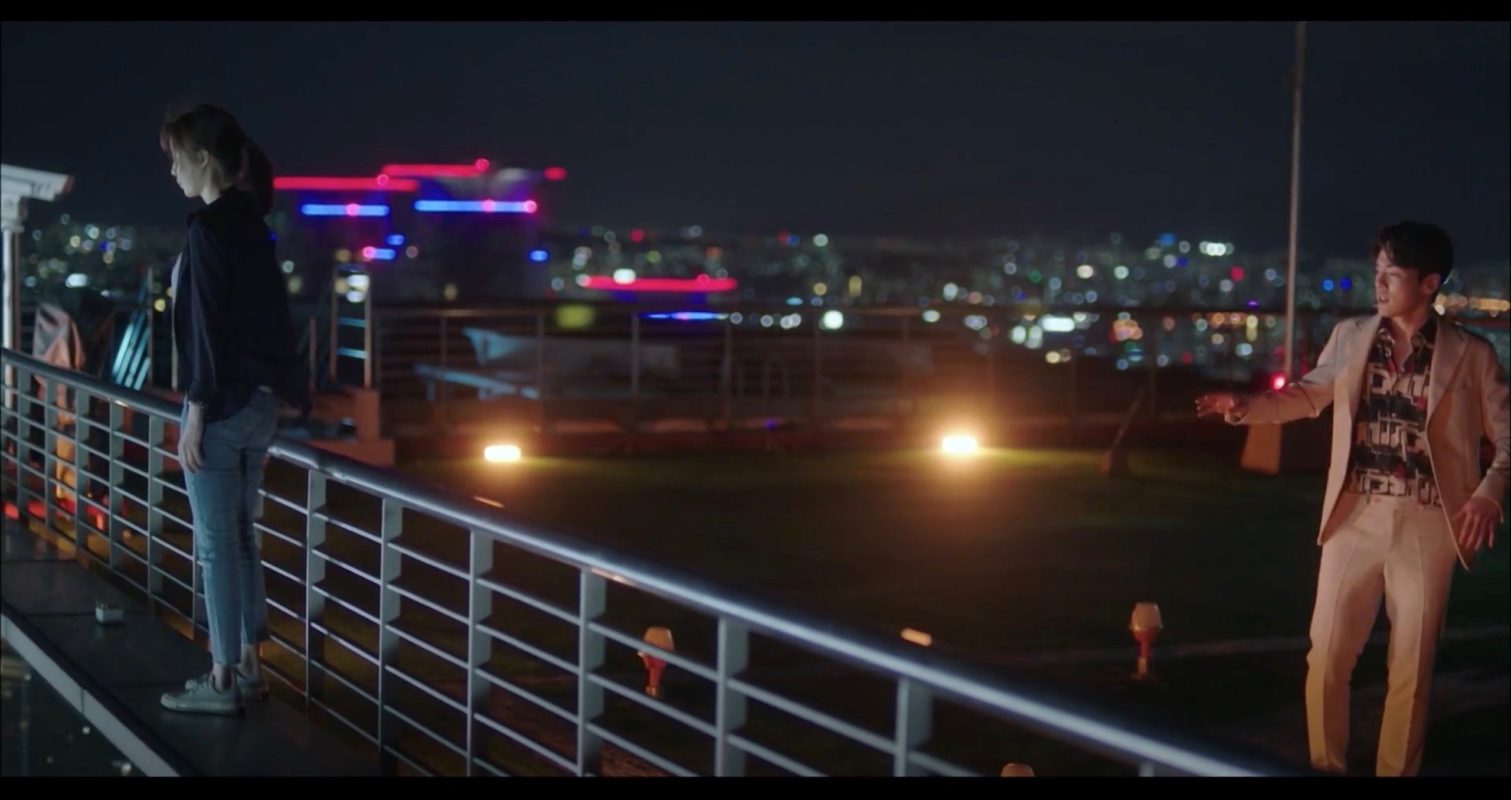 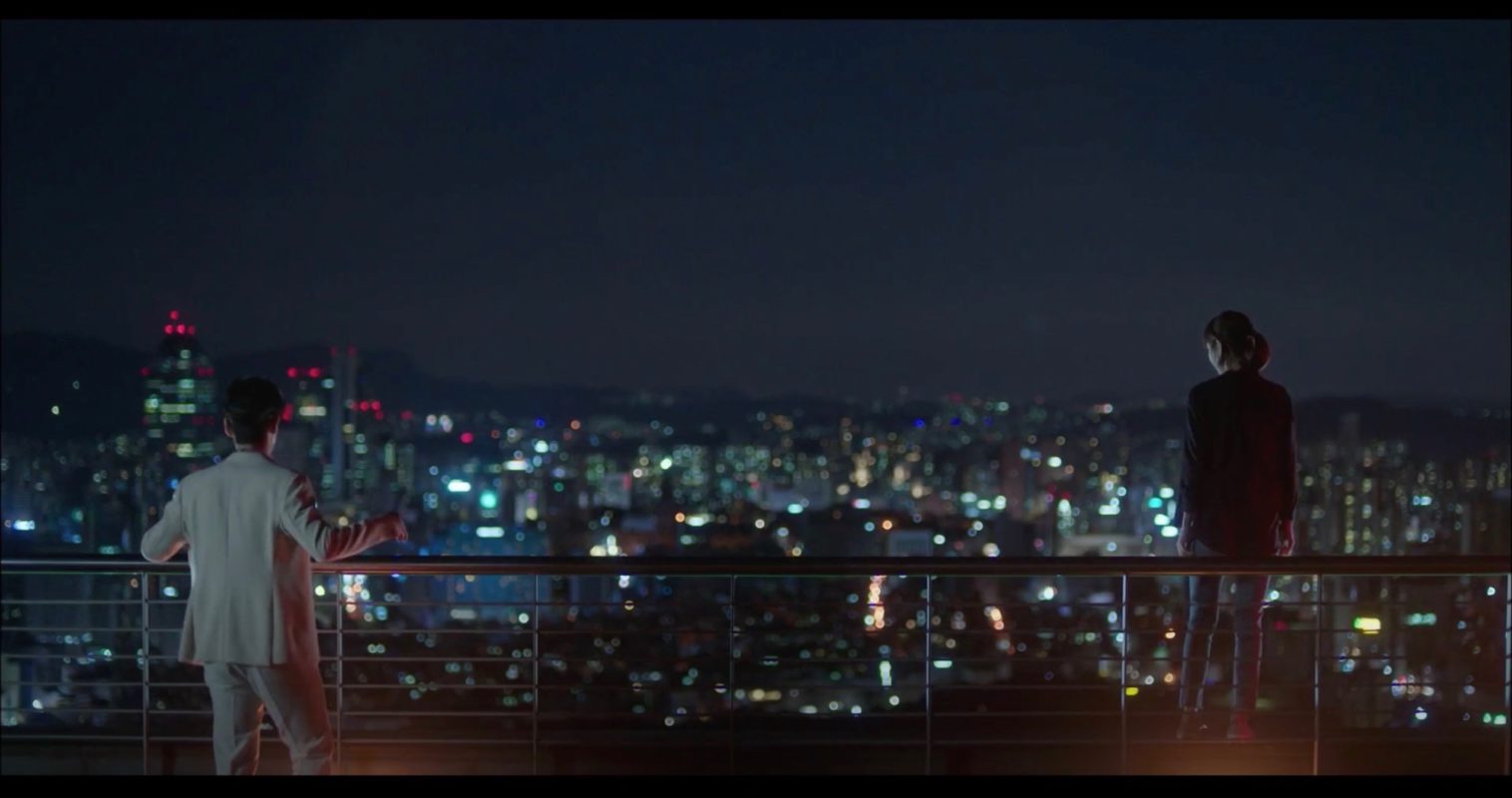 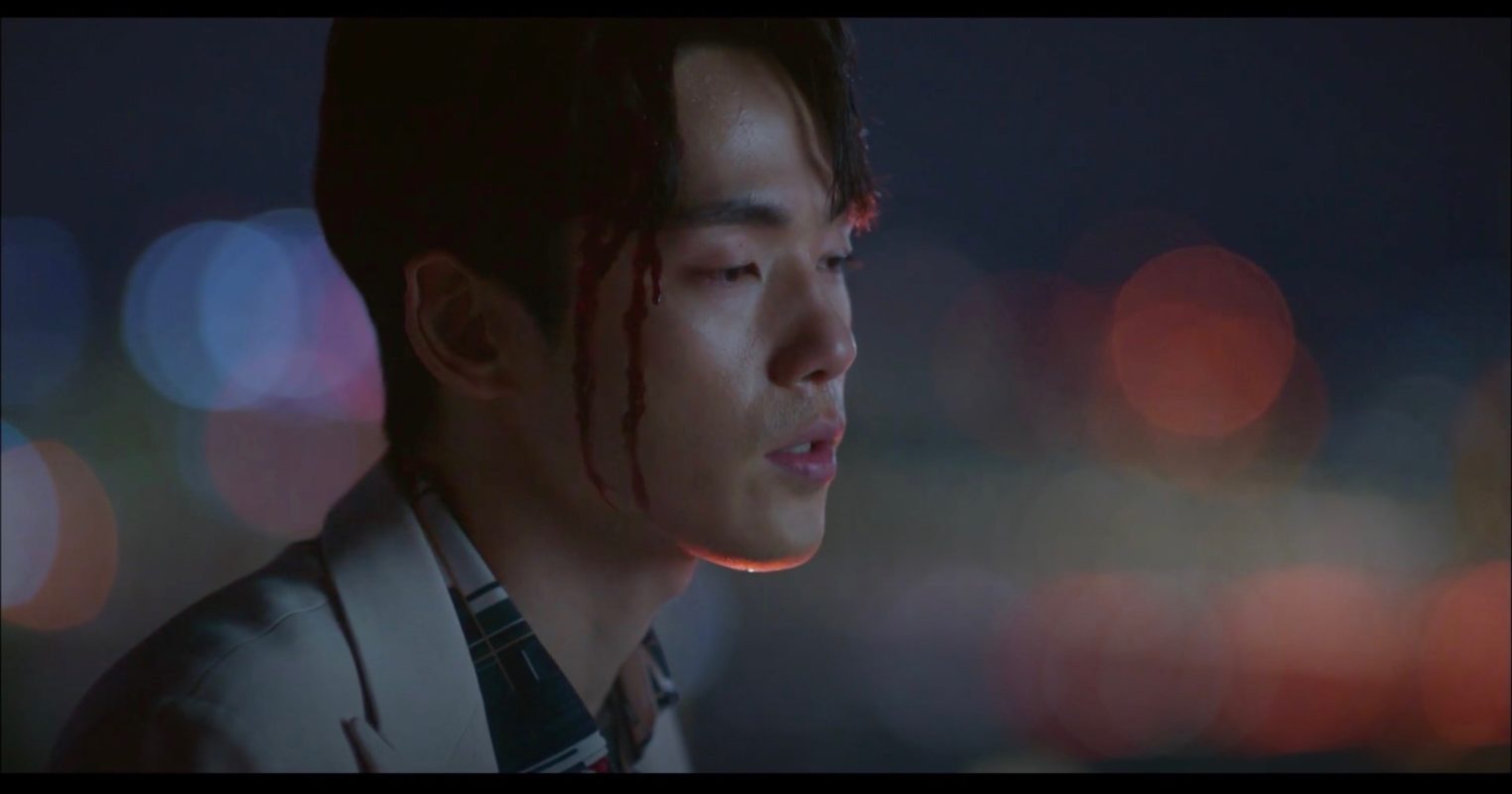 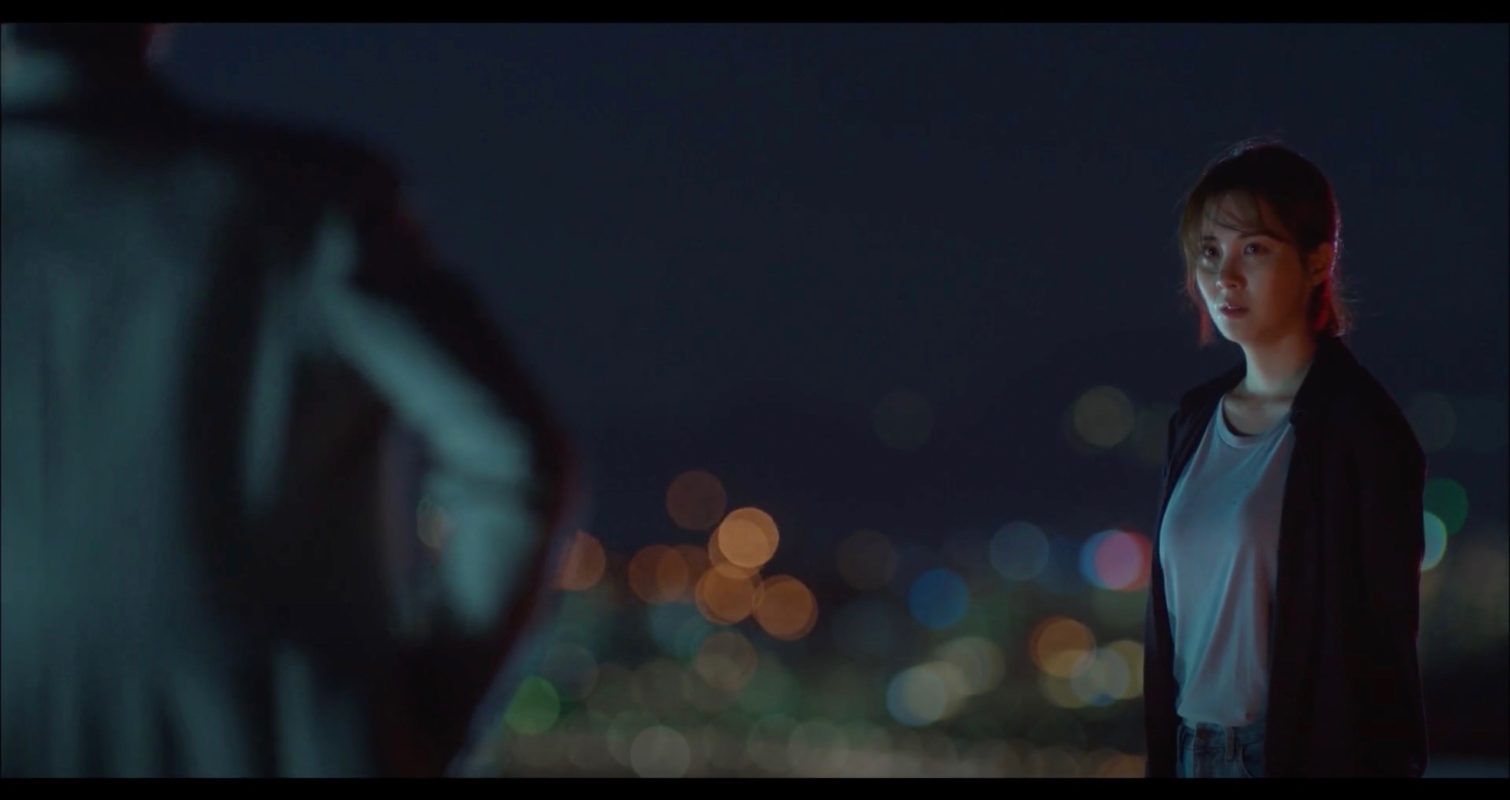 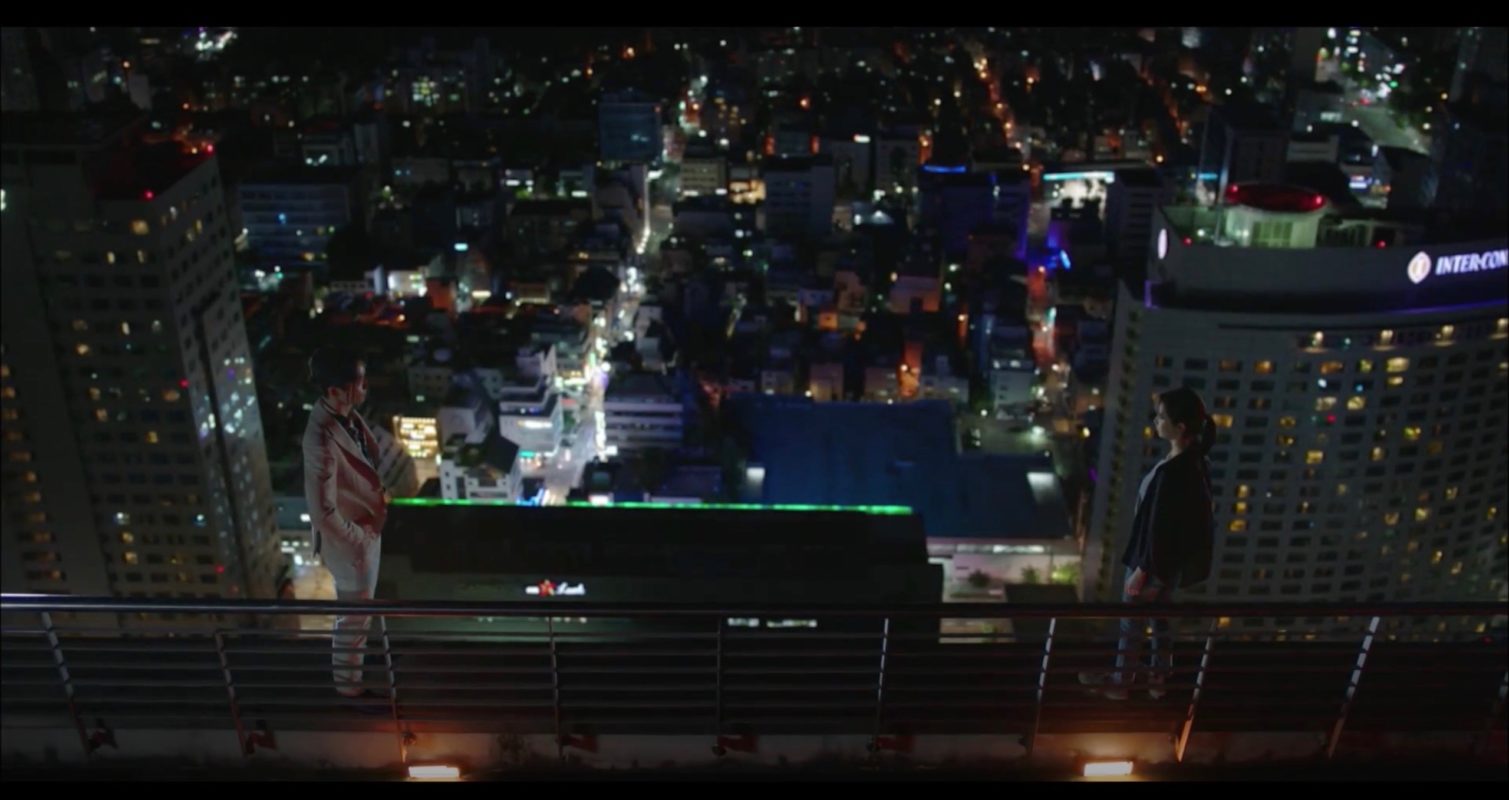 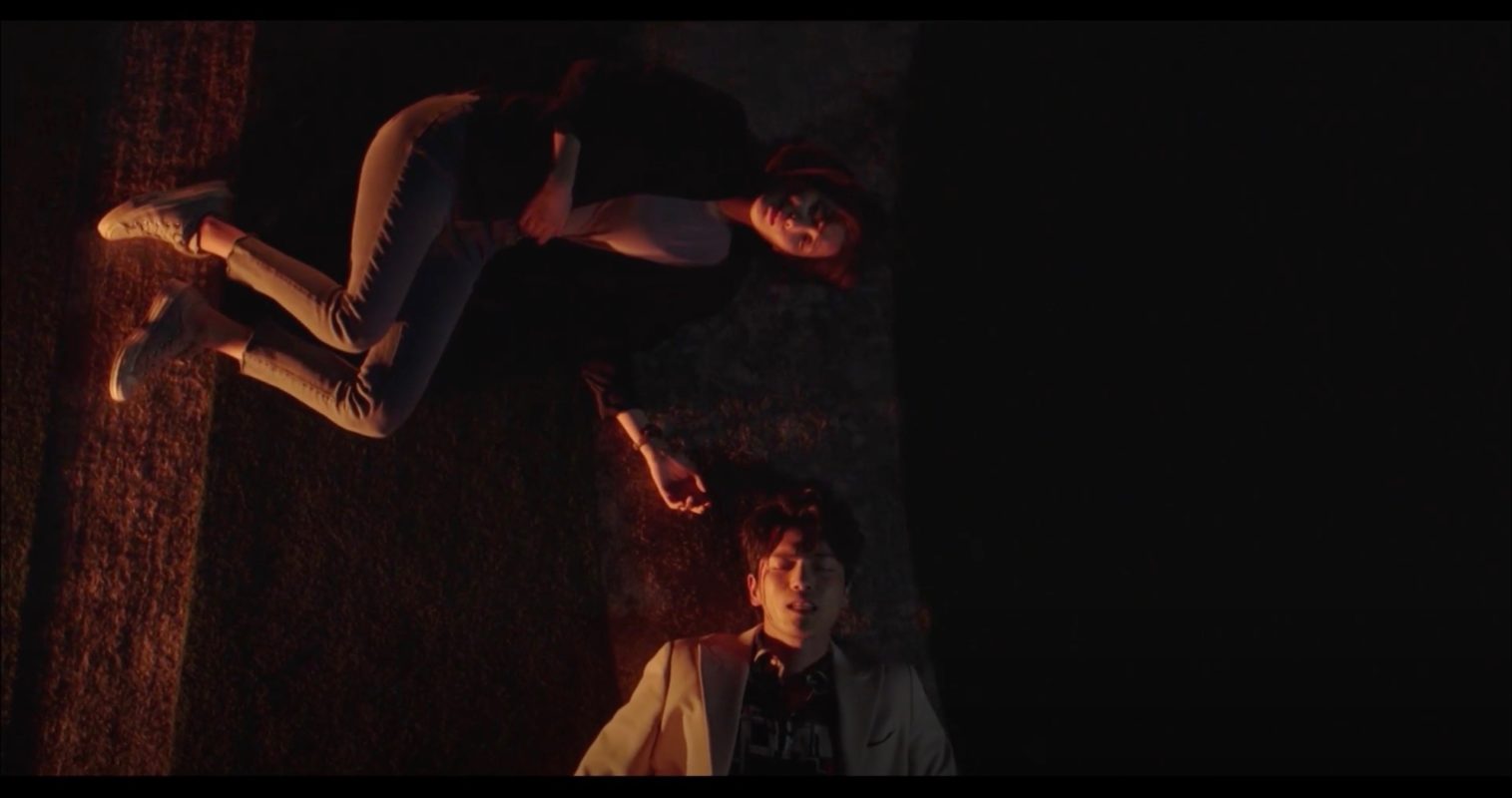 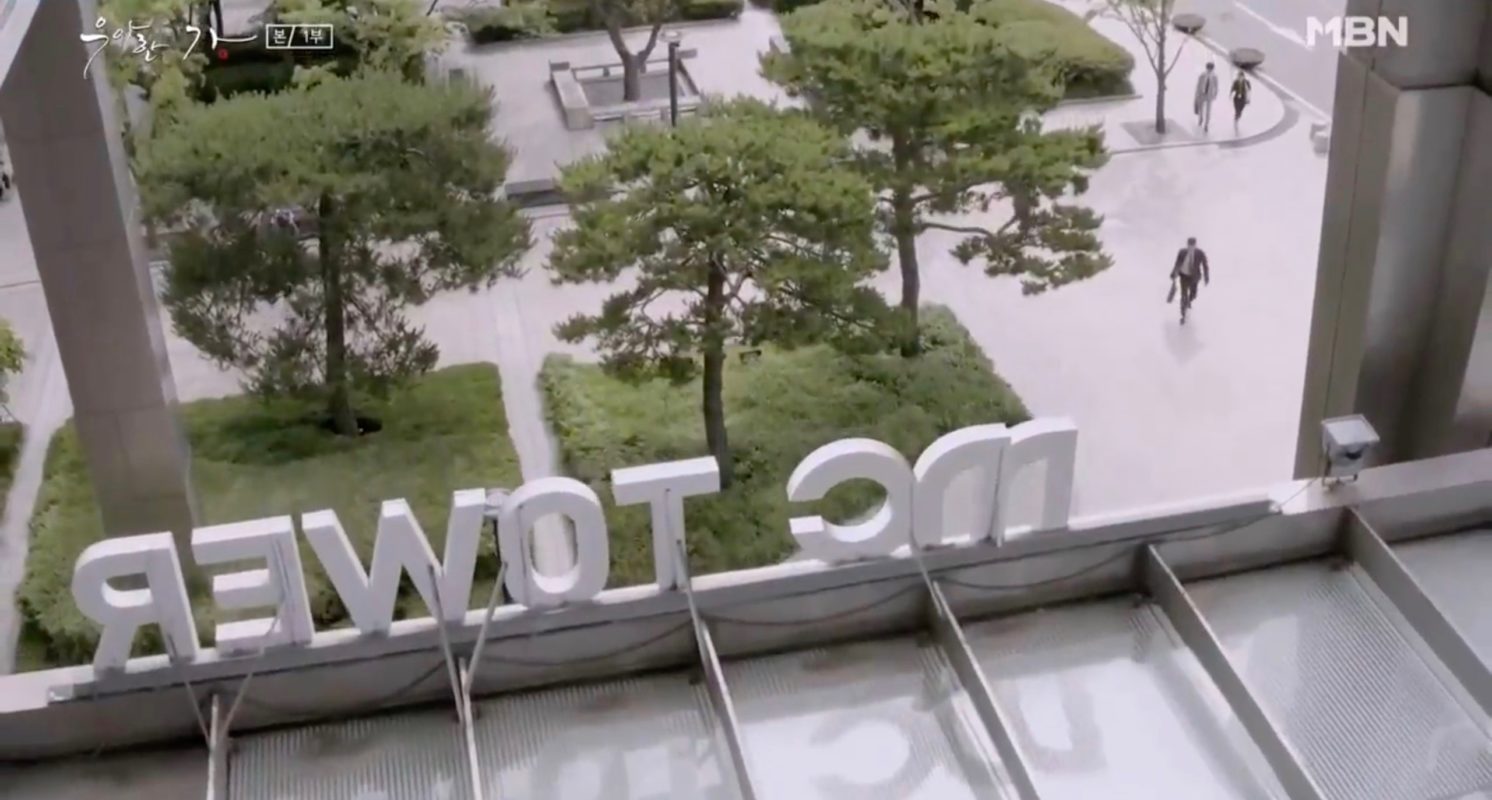 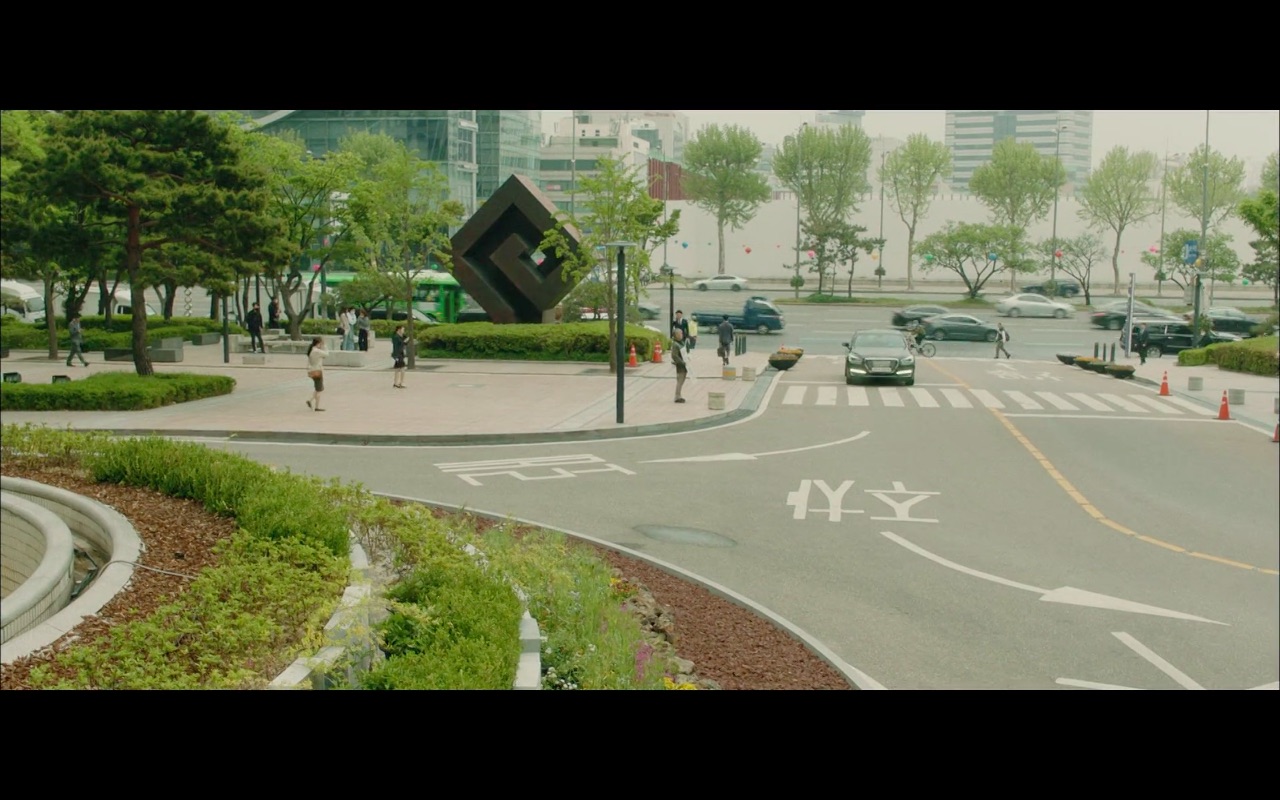 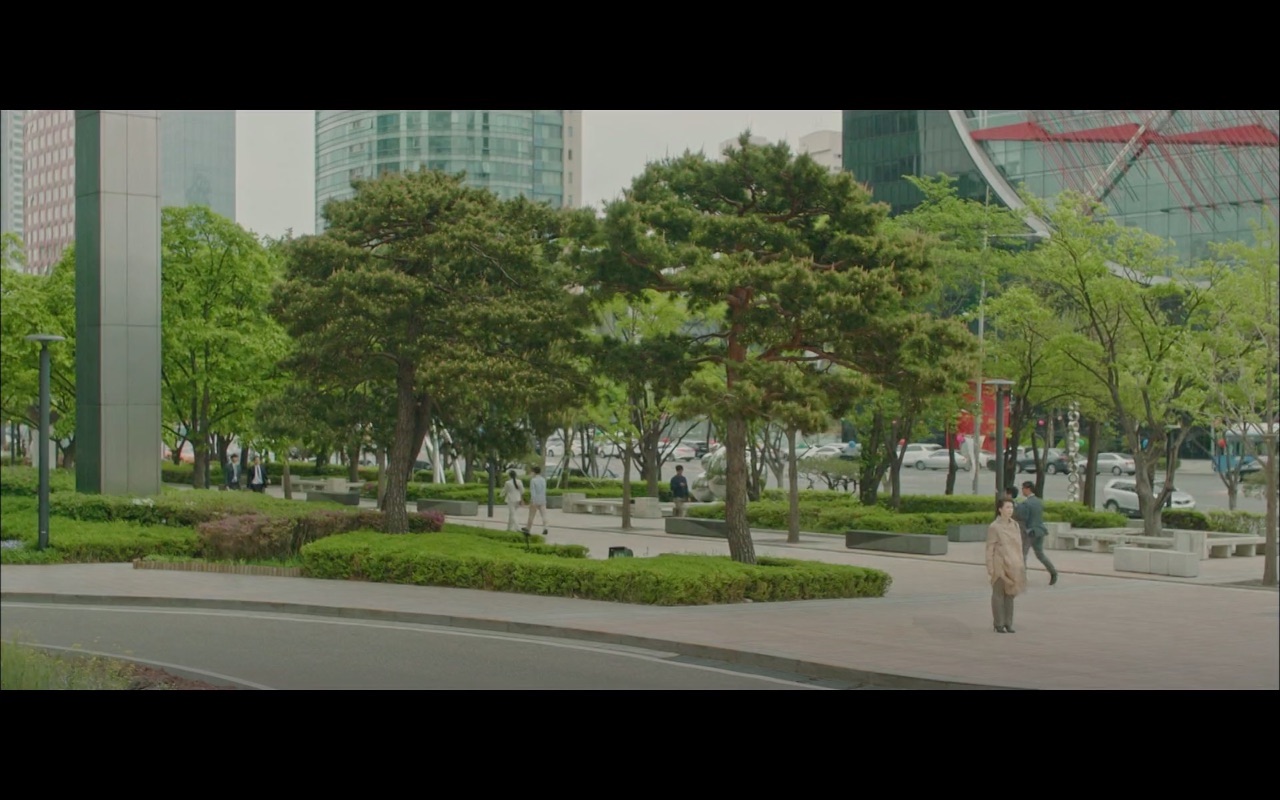 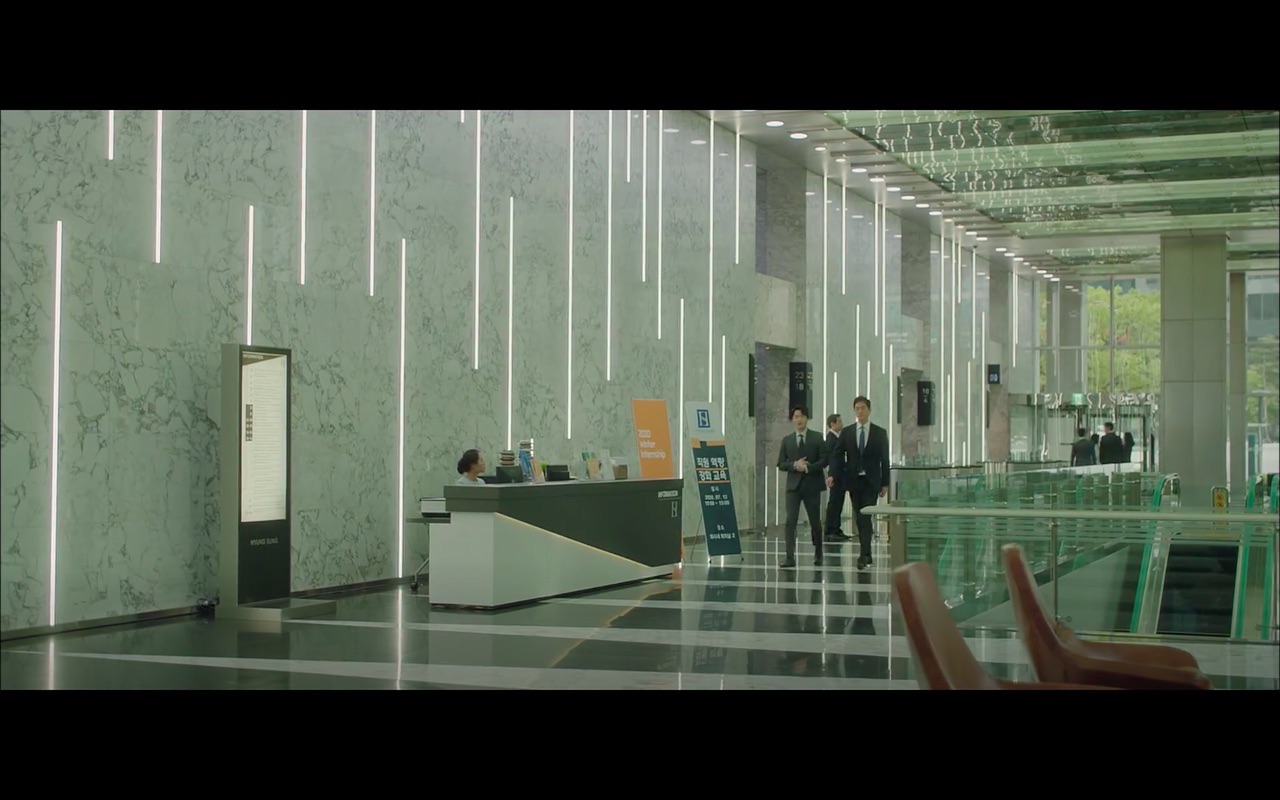 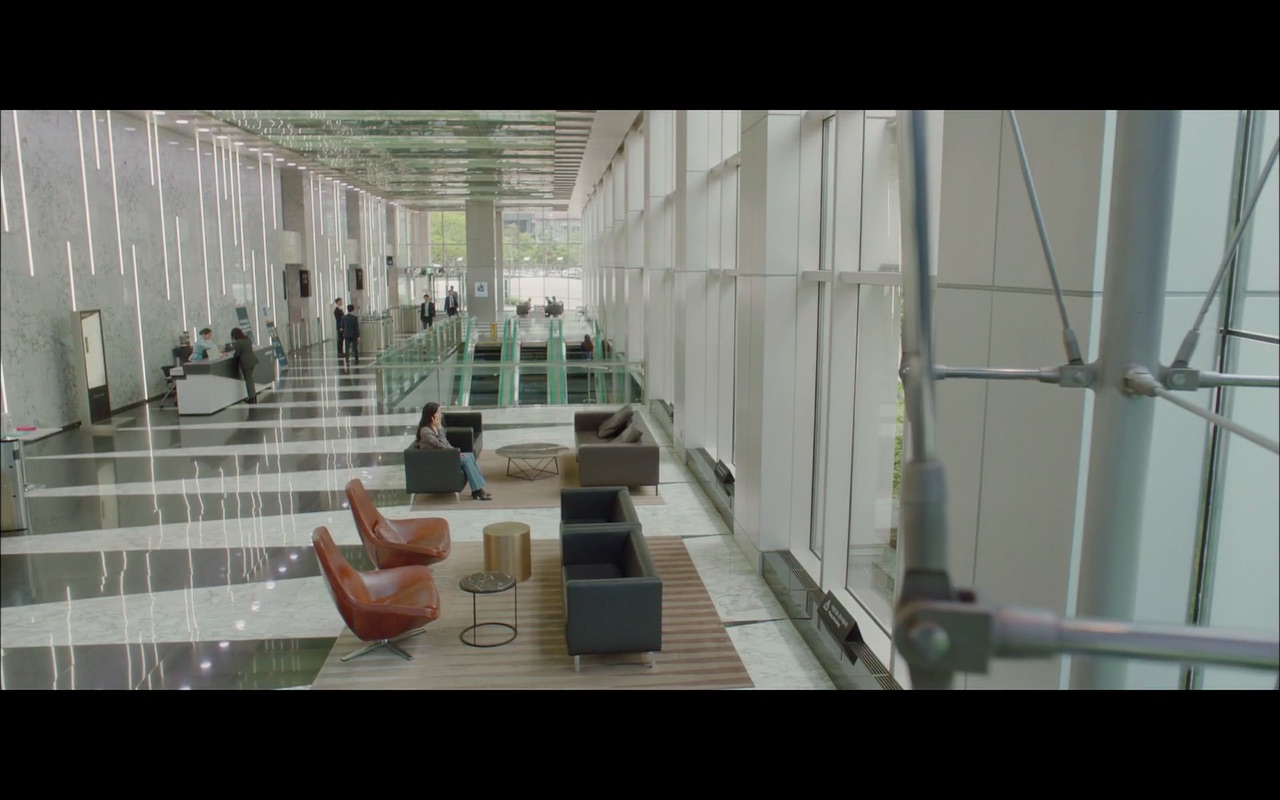 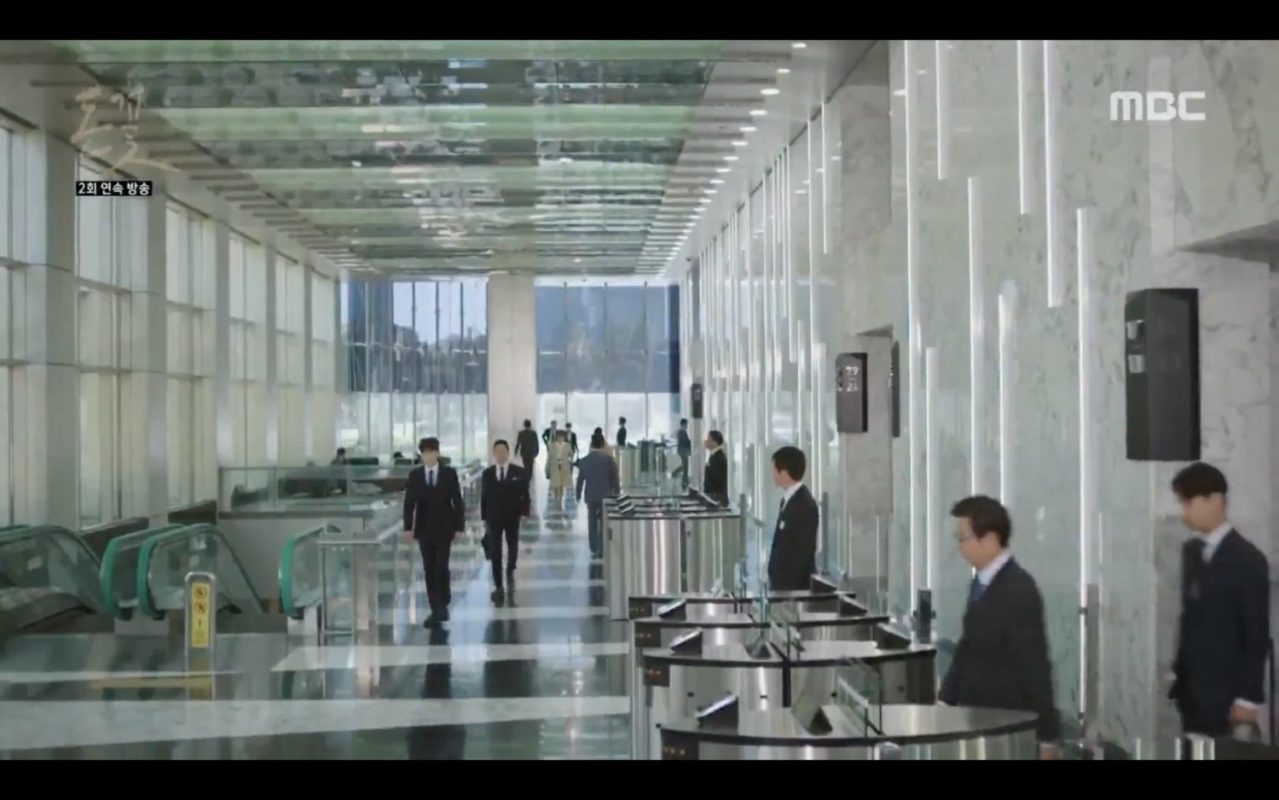 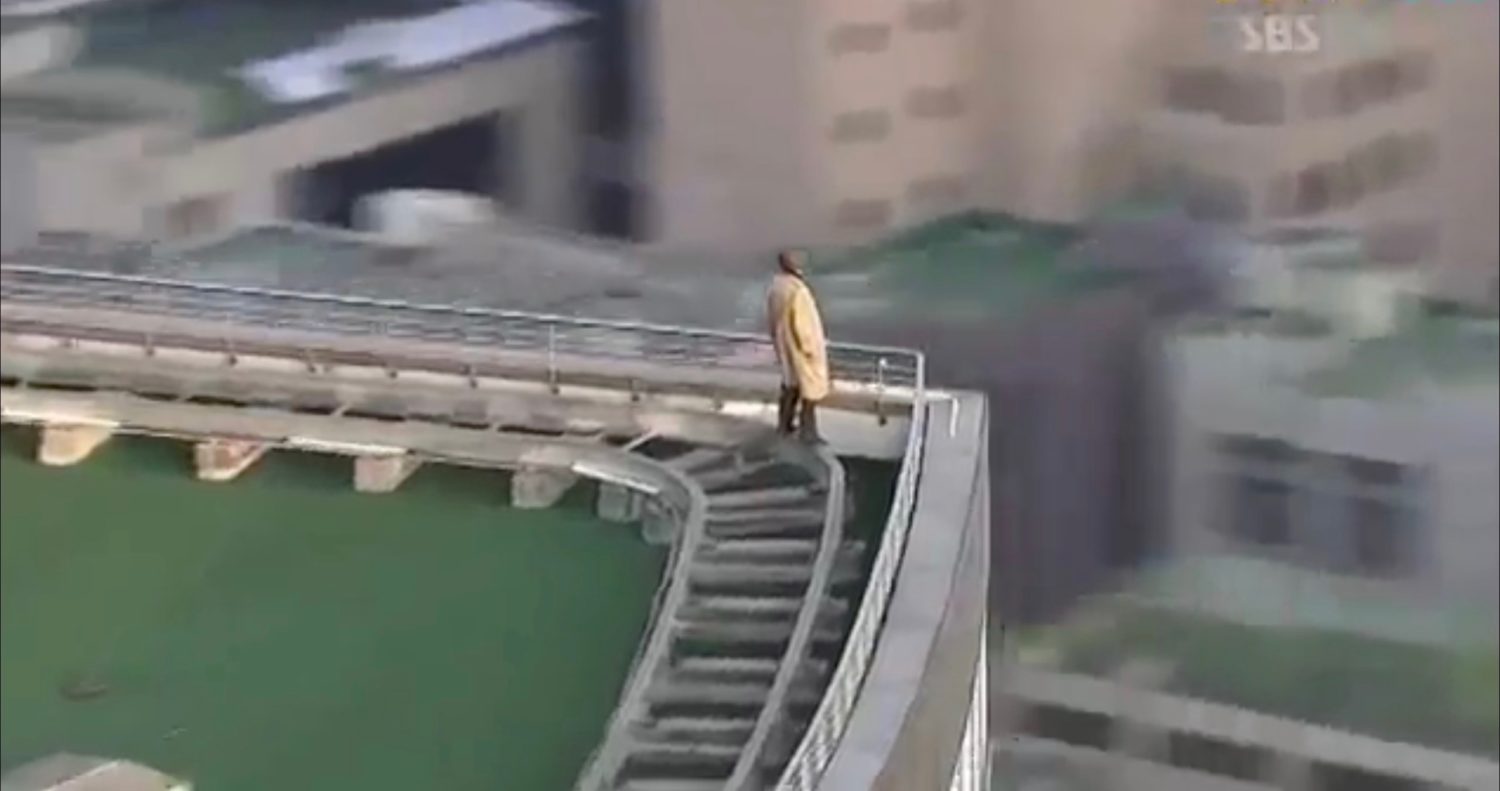 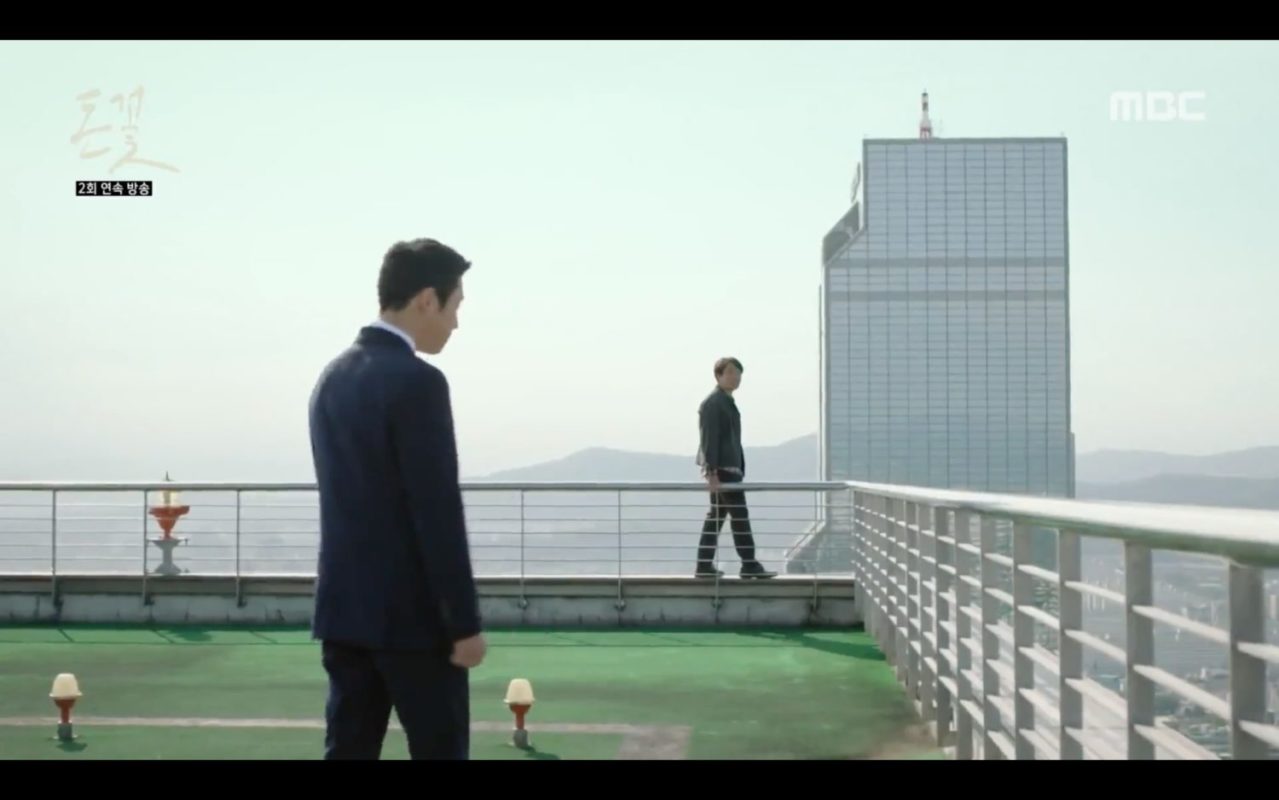 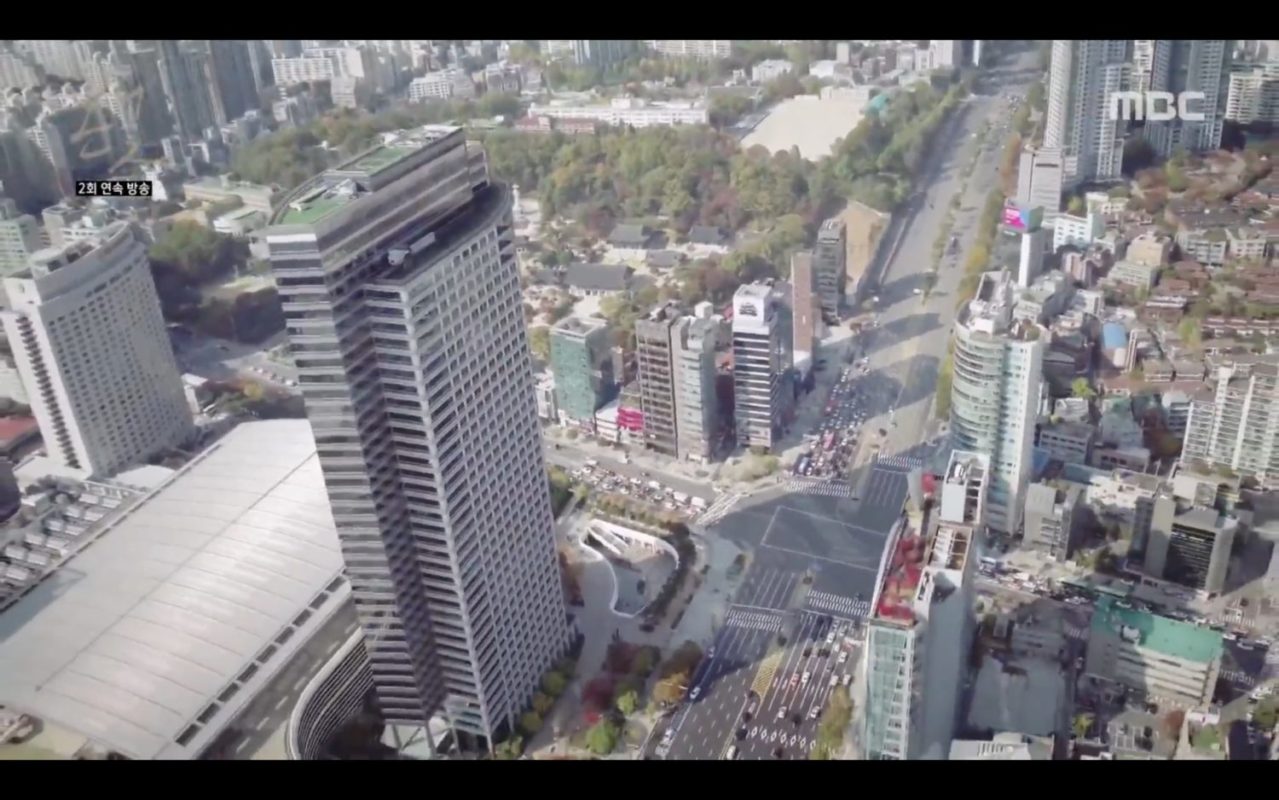 This is seen as the office tower of Hyung Sung, where Han Jae-hyun (Yoo Ji-tae) serves as vice-president in When My Love Blooms/The Most Beautiful Moment in Life (화양연화 – 삶이 꽃이 되는 순간) (tvN, 2020) — as seen in episodes 1 & 2 when Yoon Ji-soo (Lee Bo-young) joins in on the labor protest outside the building.

Cheon Soo-ho (Kim Jung-Hyun) finds Seol Ji-hyun (Seohyun of Girls’ Generation) on the rooftop of this building (which appears as the rooftop of Soo-ho’s apartment complex) about to end her life in episode 10 of Time (시간) (MBC, 2018). He comes to stand next to her and tells her to either chose a happy life or to jump down together with him — mentioning that he understands her feeling that she might be better off dead as he had felt the same when his mother died.

The Gangsu Group building is located here in Revolutionary Love (변혁의 사랑) (tvN, 2017) — as seen in episode 6 when Byun Hyuk (Choi Si-Won) is tasked to clean the windows of the external building, much to his mother’s horror.

After his downfall Jo Pil-yeon (Jung Bo-suk) considers taking his life at the rooftop of this building until he decides otherwise in episode 1 of Giant (Jaieonteu/자이언트) (SBS, 2010) and he choses revenge.

ASEM Tower [아셈타워], part of the World Trade Center Seoul [한국종합무역센터], is an office building located in Seoul’s neighborhood Samseong [Samseong-dong/삼성동] in the Gangnam District [Gangnam-gu/강남구]. The building was constructed in 2000 for the the Third Asia-Europe Meeting (ASEM 3); hence its name.