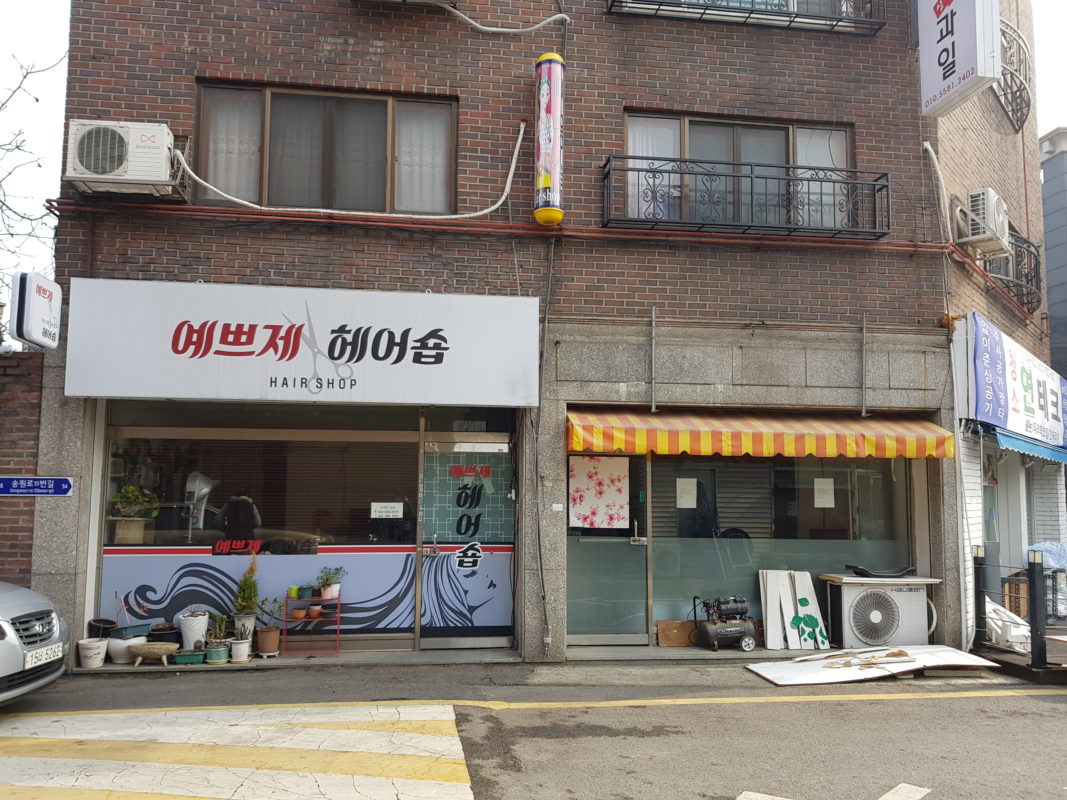 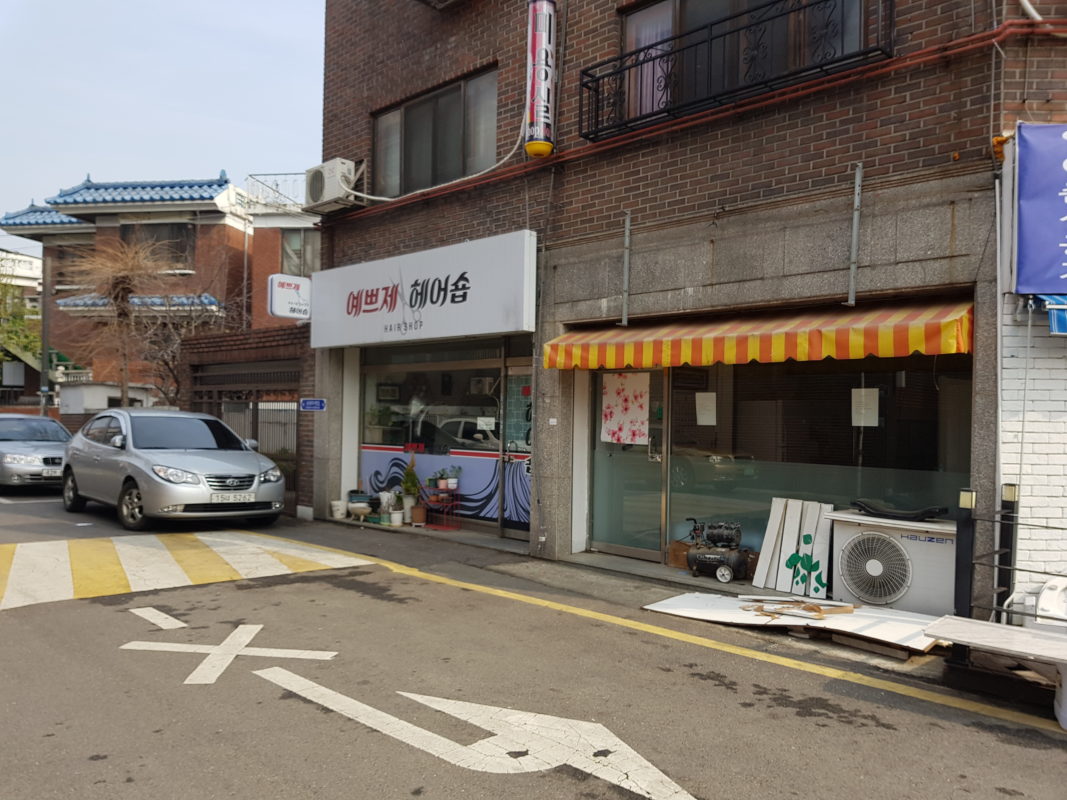 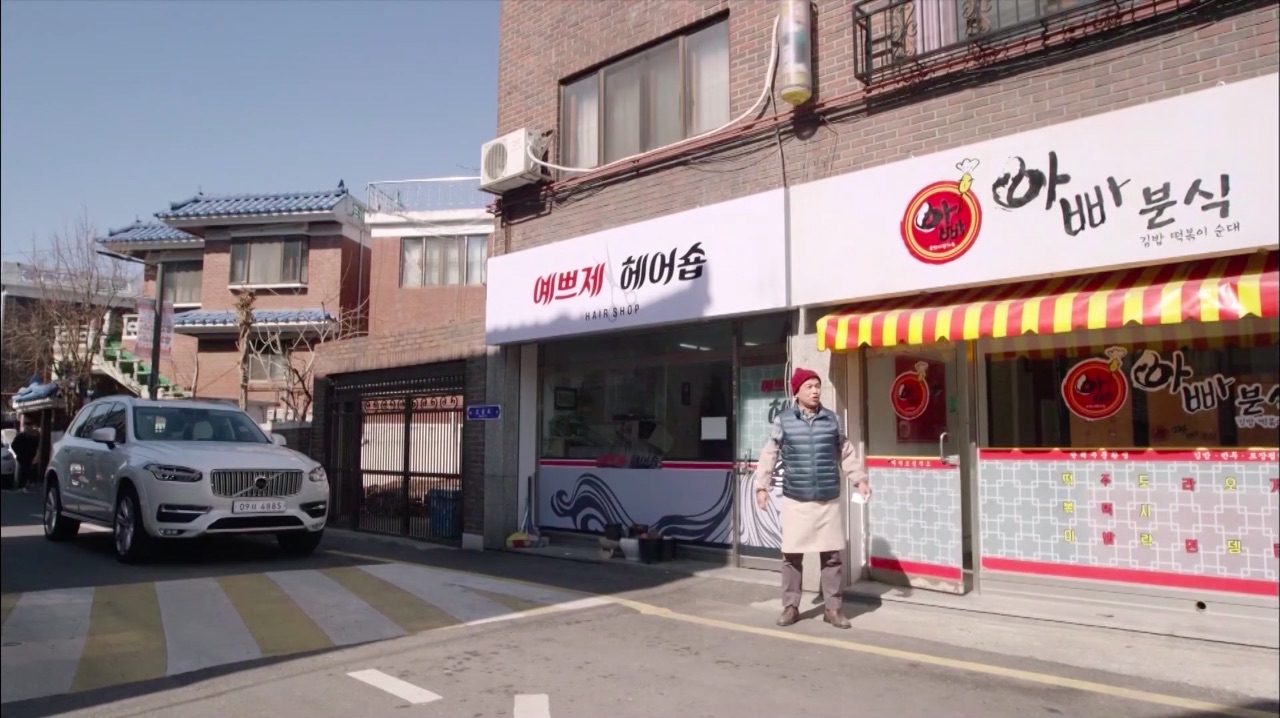 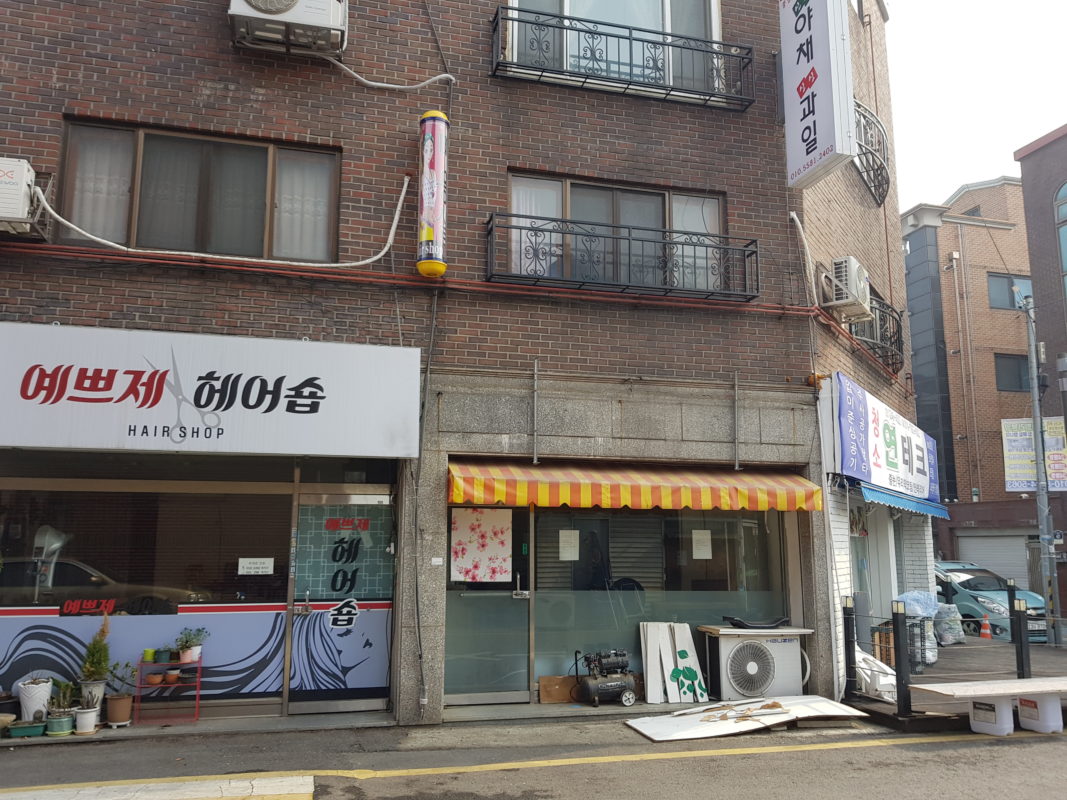 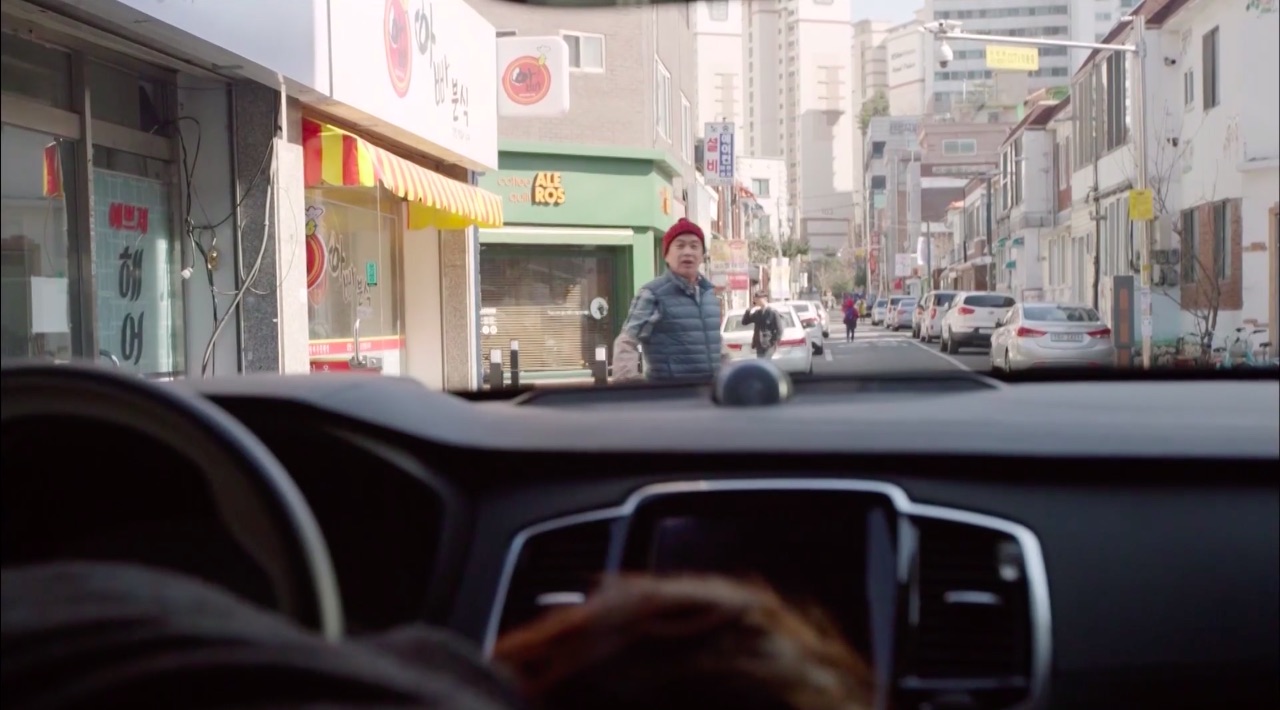 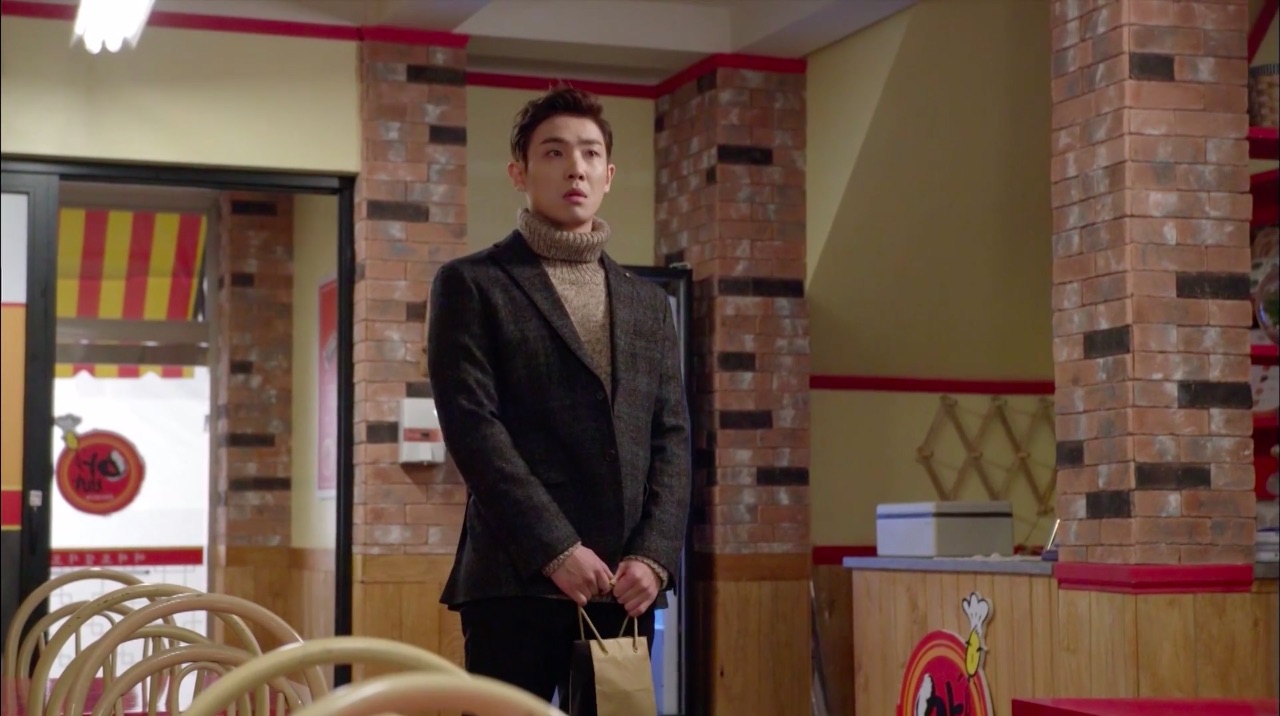 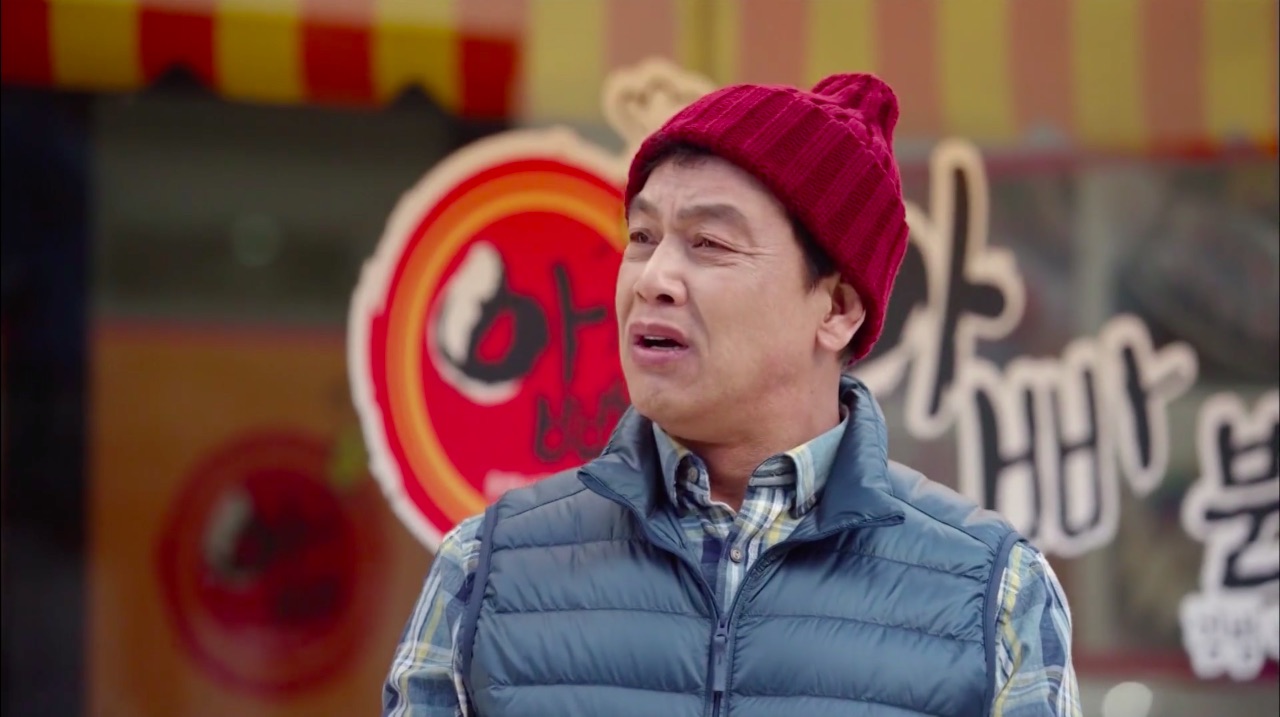 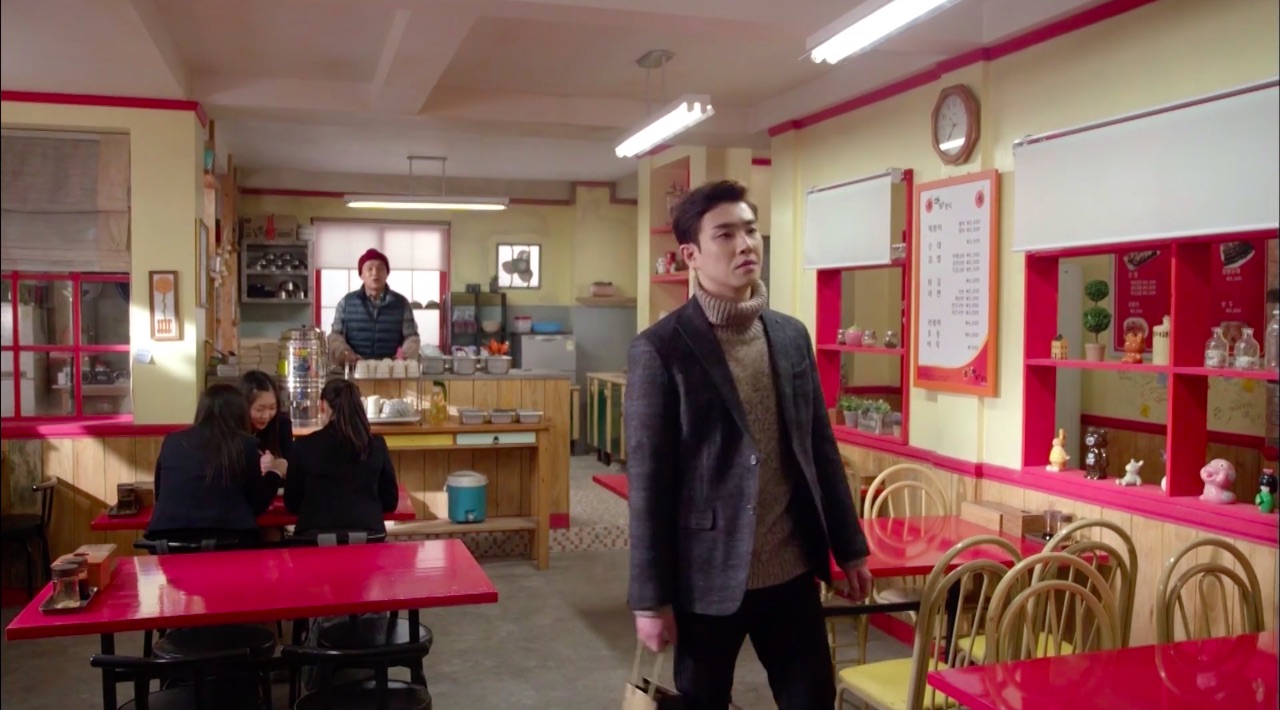 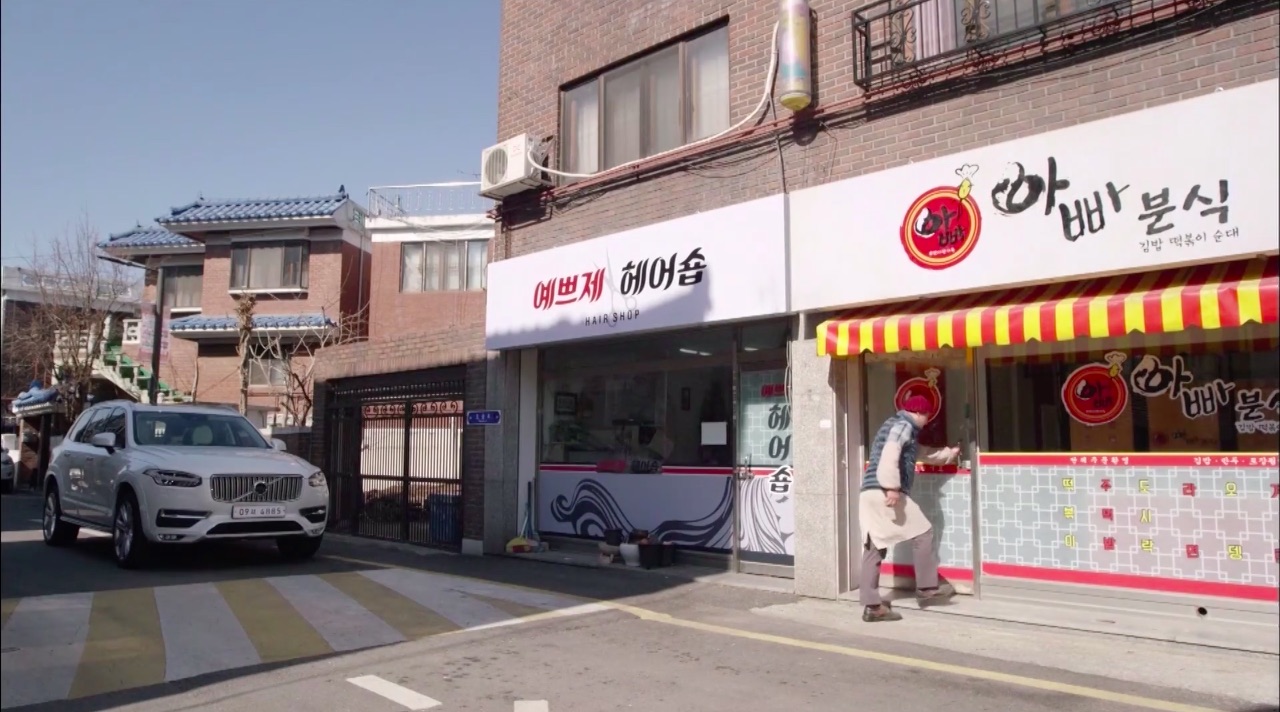 This is the eatery ‘Father’s Snack Shop’ (Appa Bunsik/아빠분식) run by Byun Han-soo (Kim Young-chul) in Father Is Strange (아버지가 이상해) (KBS2, 2017). In episode 6, Ahn Joong-hee (Lee Joon) comes here to look for Han-soo, but the latter doesn’t recognise him. Joong-hee orders and eats his noodles, but gets recognised by Na Min-ha (Jung Jun-won). He runs out of the eatery in embarrassment and dashes into his car, with Han-soo on his heels wondering where he’d gone.

Appa Bunsik [아빠분식] is located in Suwon’s neighborhood of Songjuk [Songjuk-dong/송죽동] in the Jangan district [Jangan-gu/장안구]. It appears to have been abandoned after filming of Father Is Strange ended.