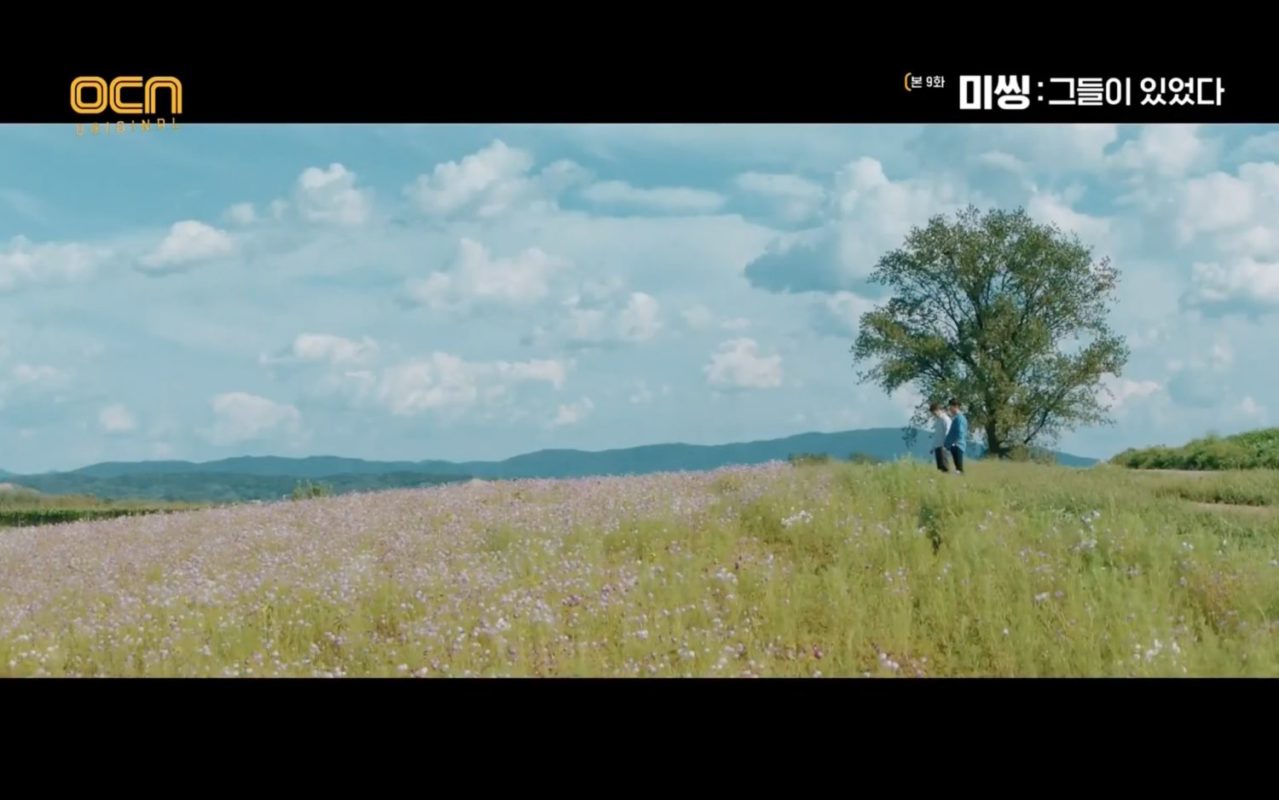 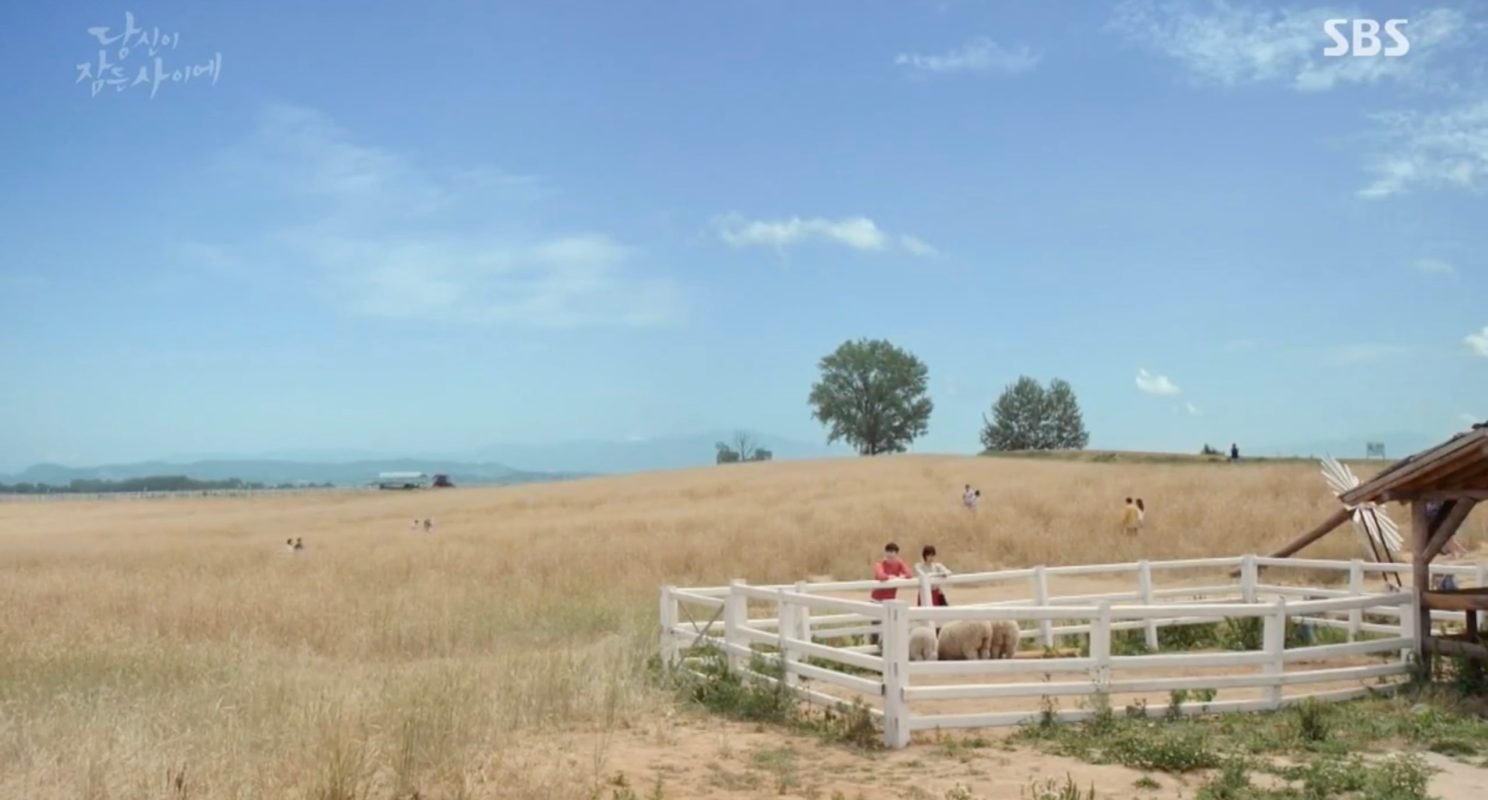 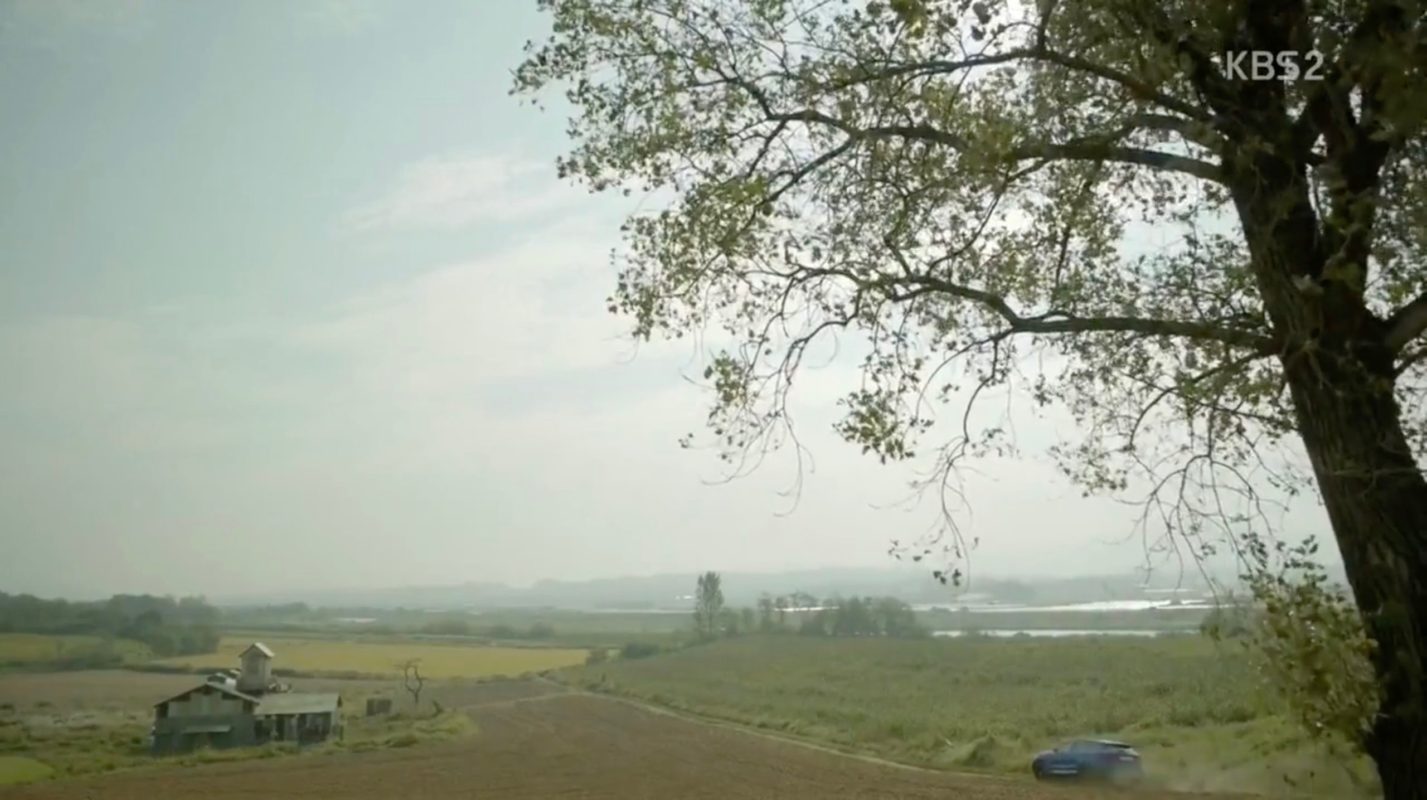 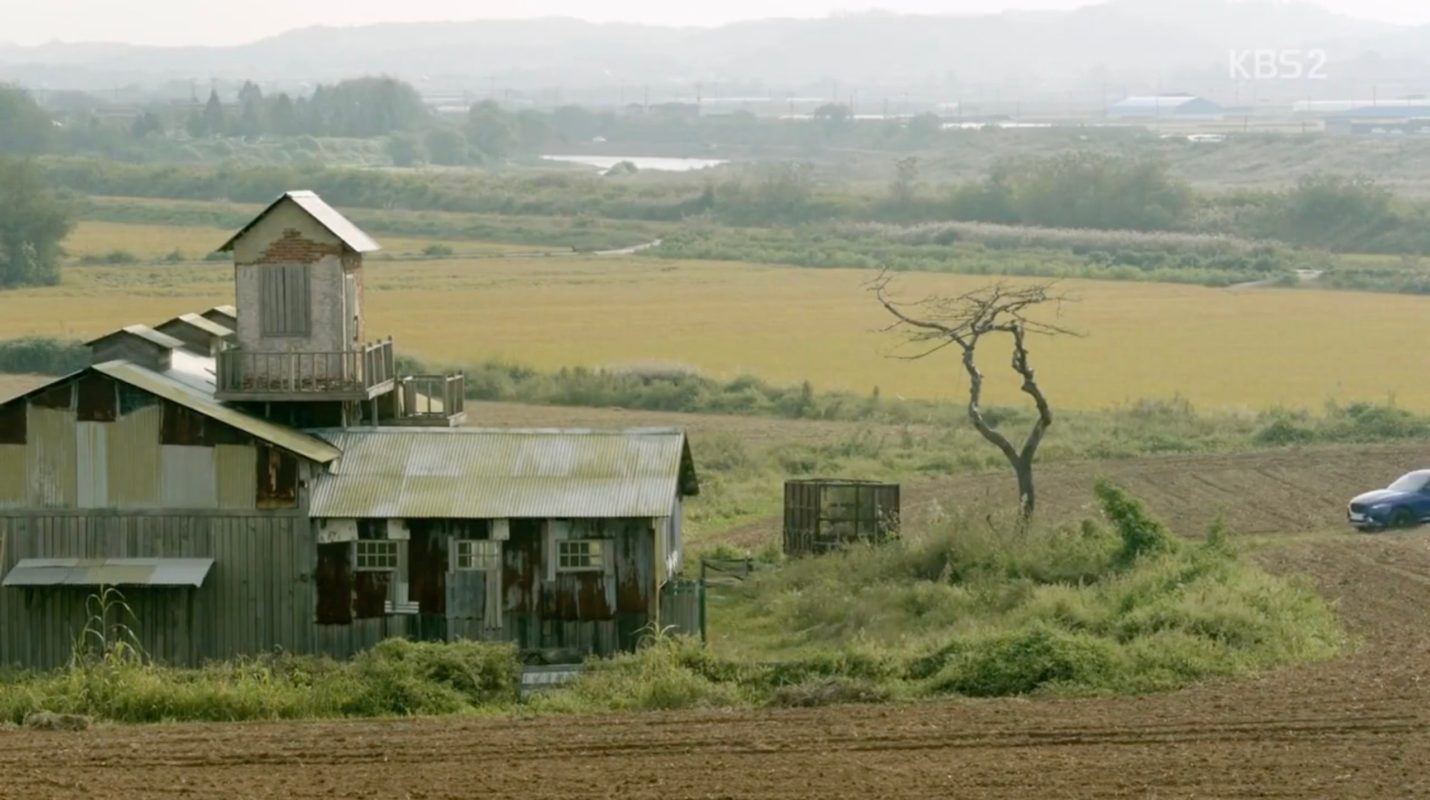 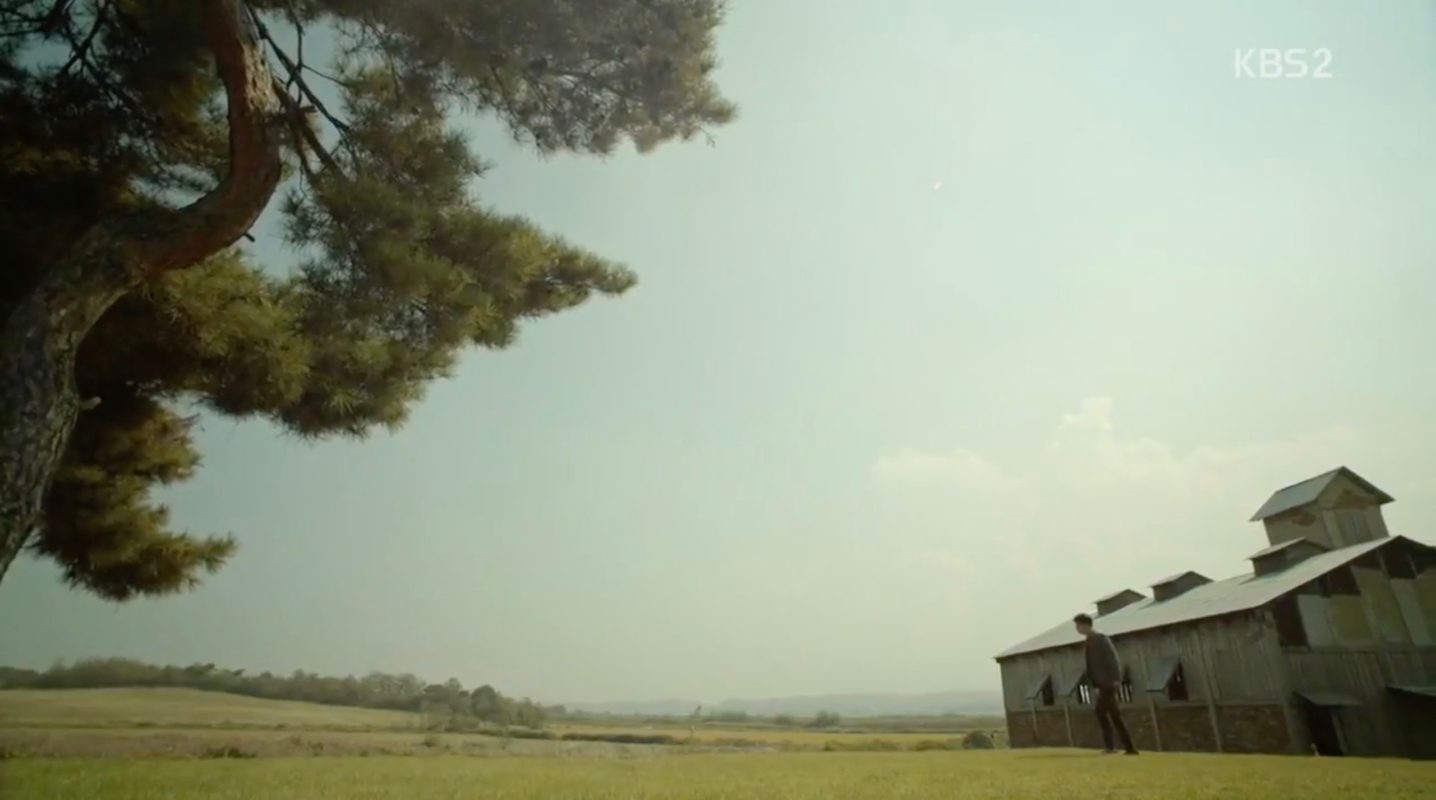 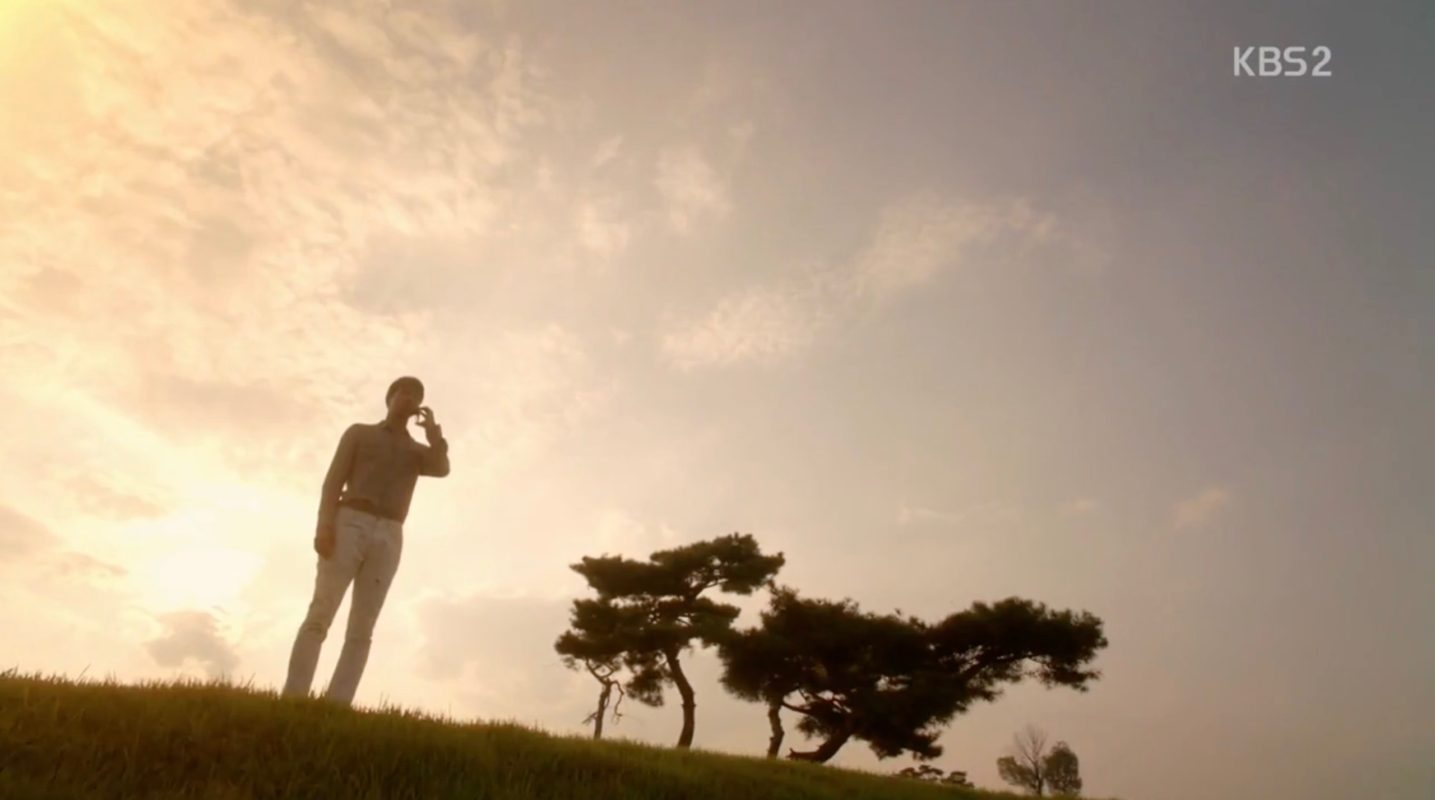 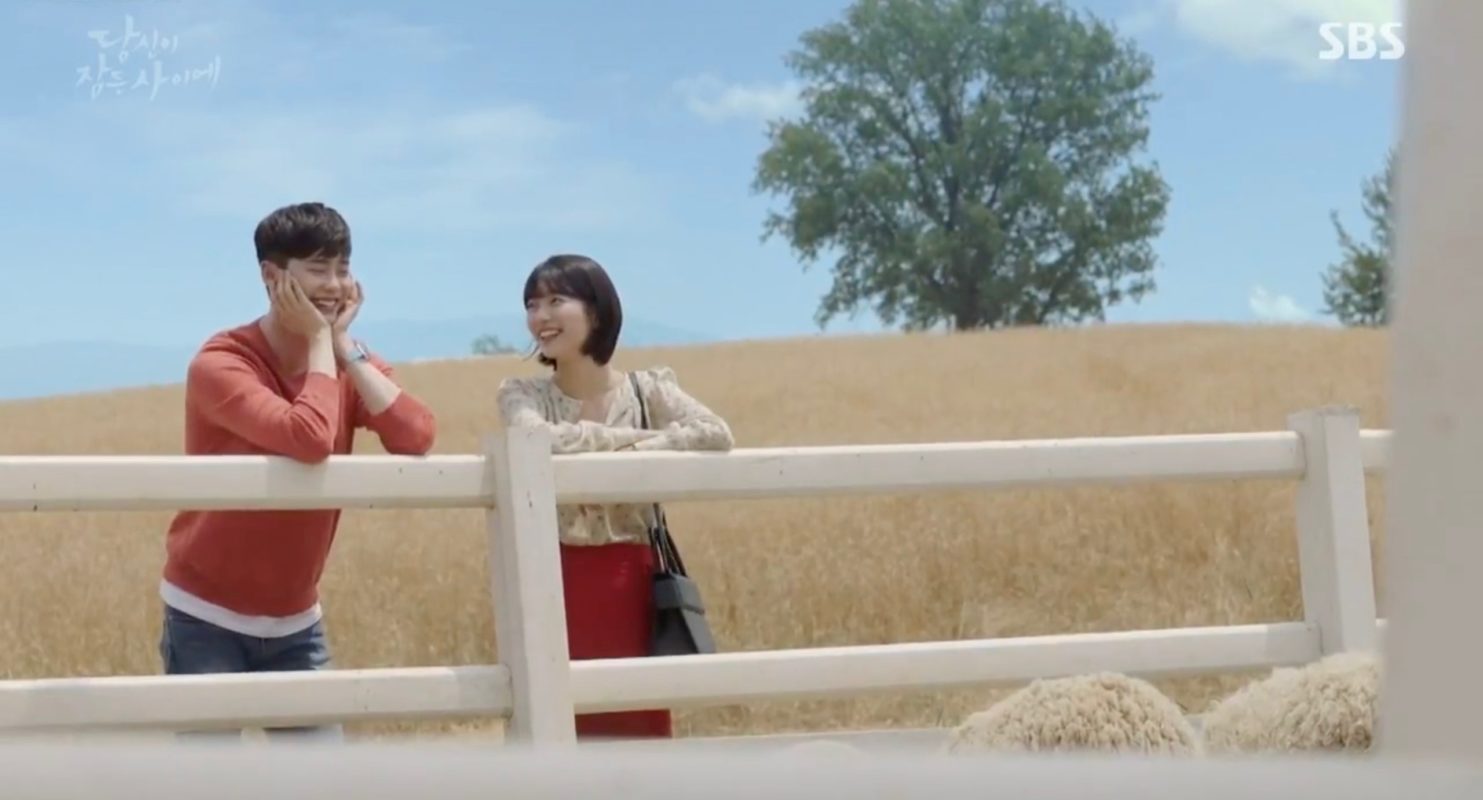 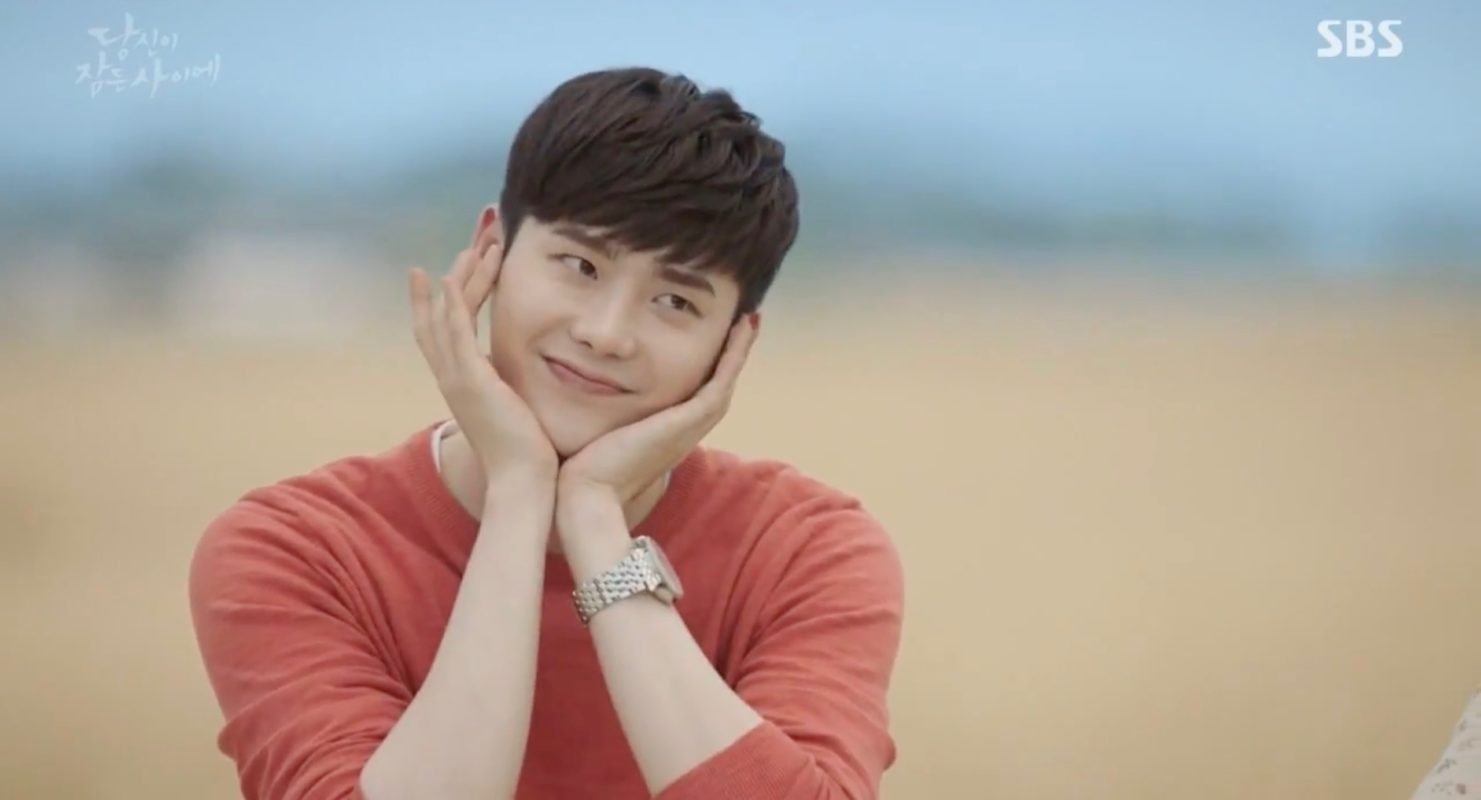 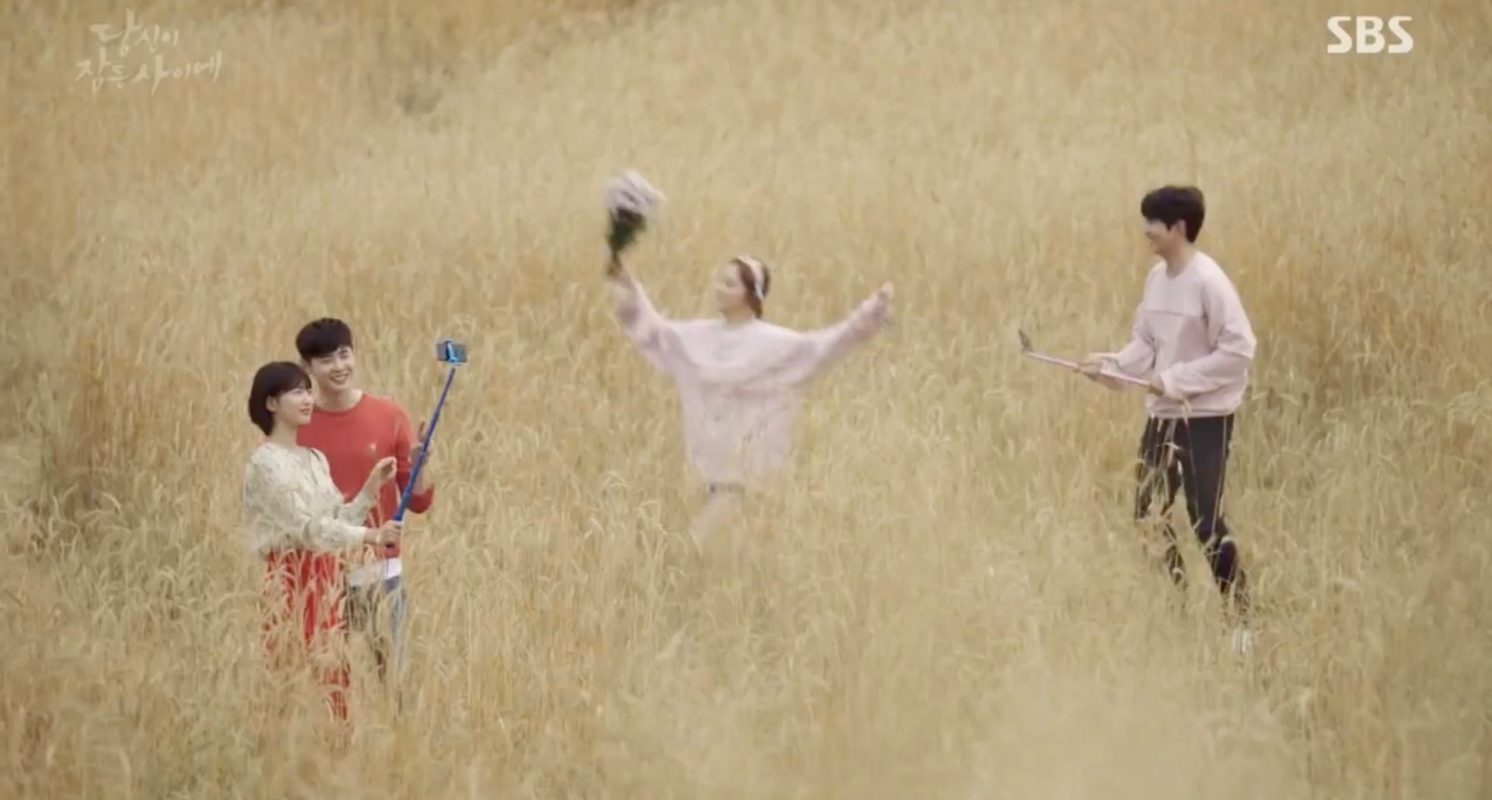 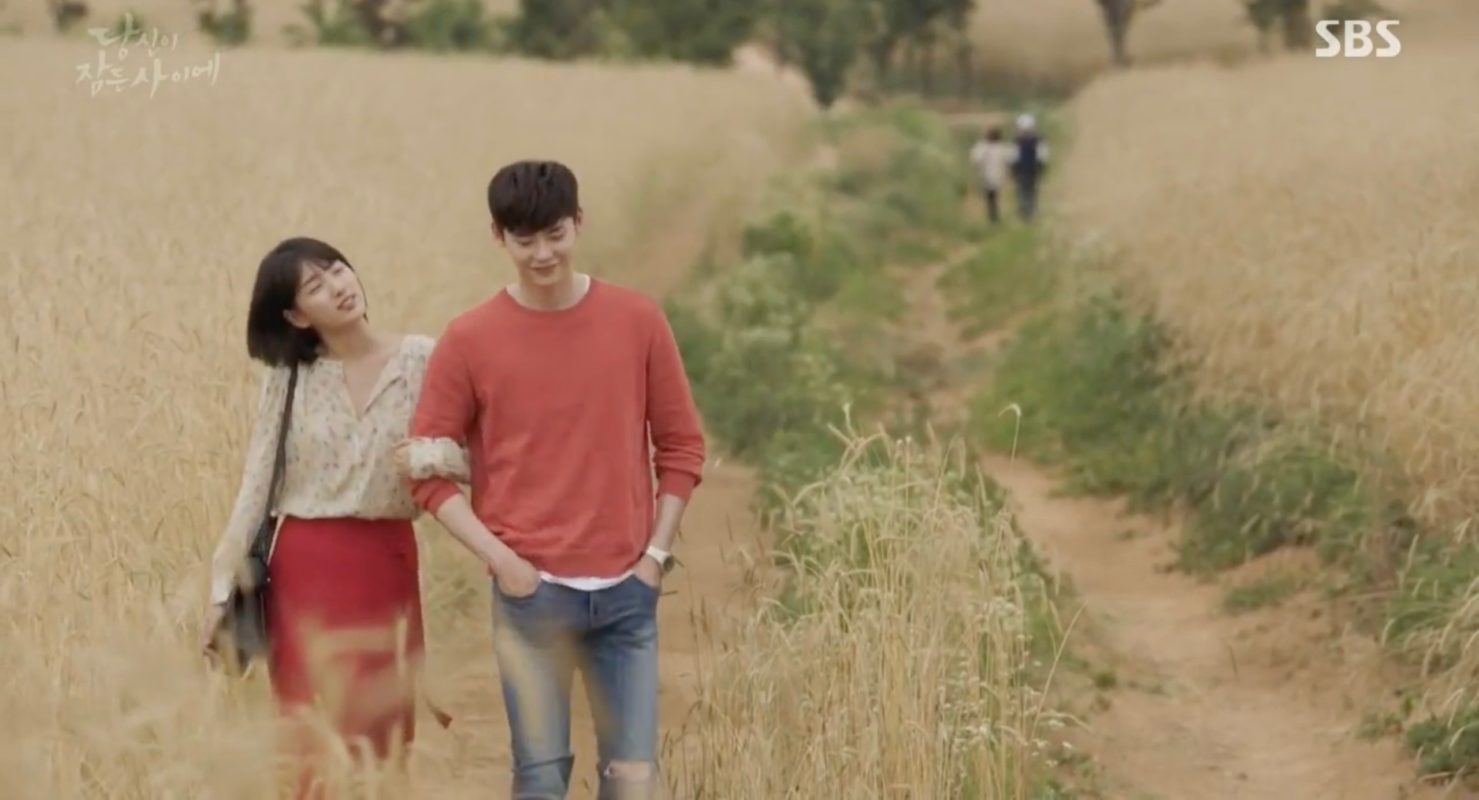 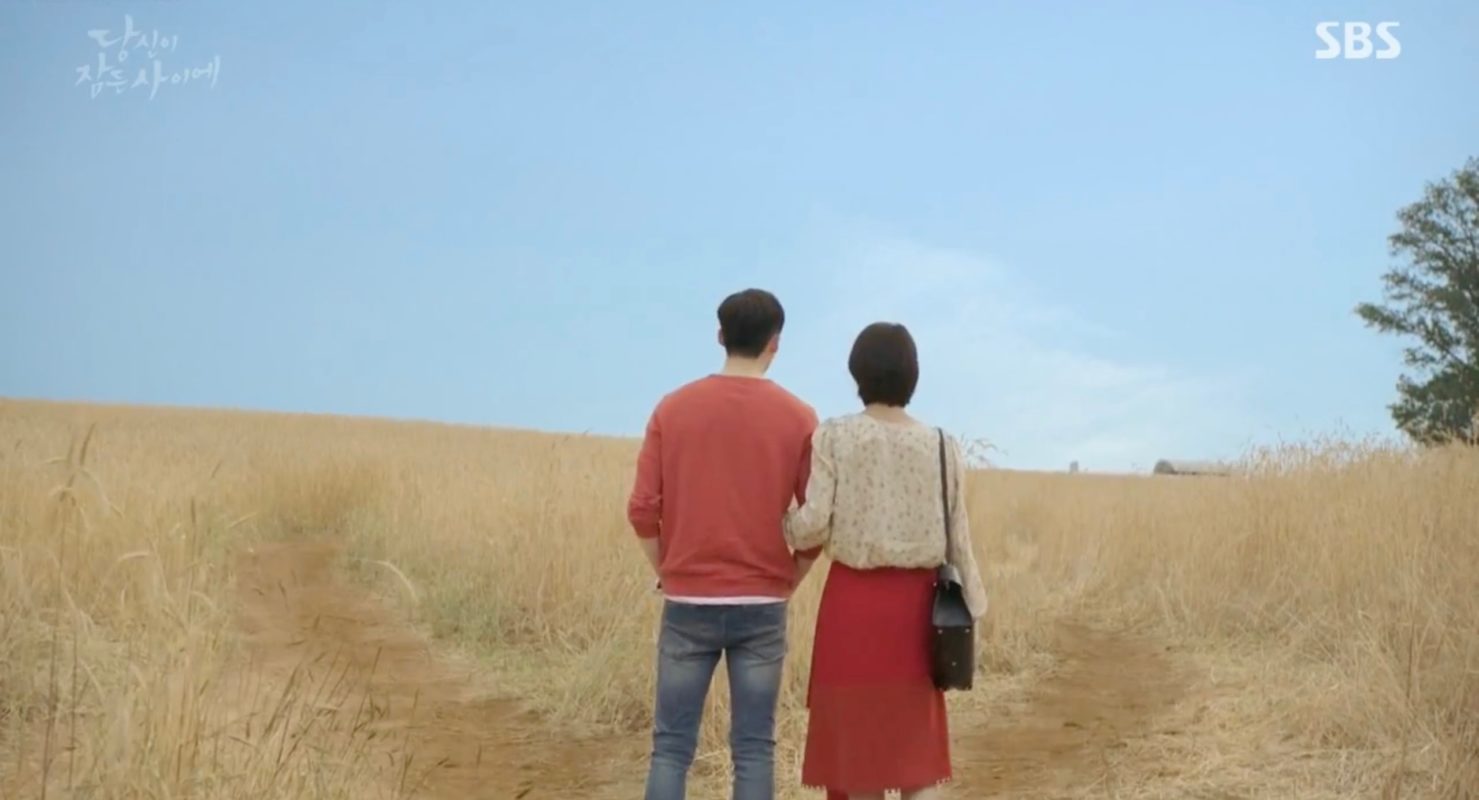 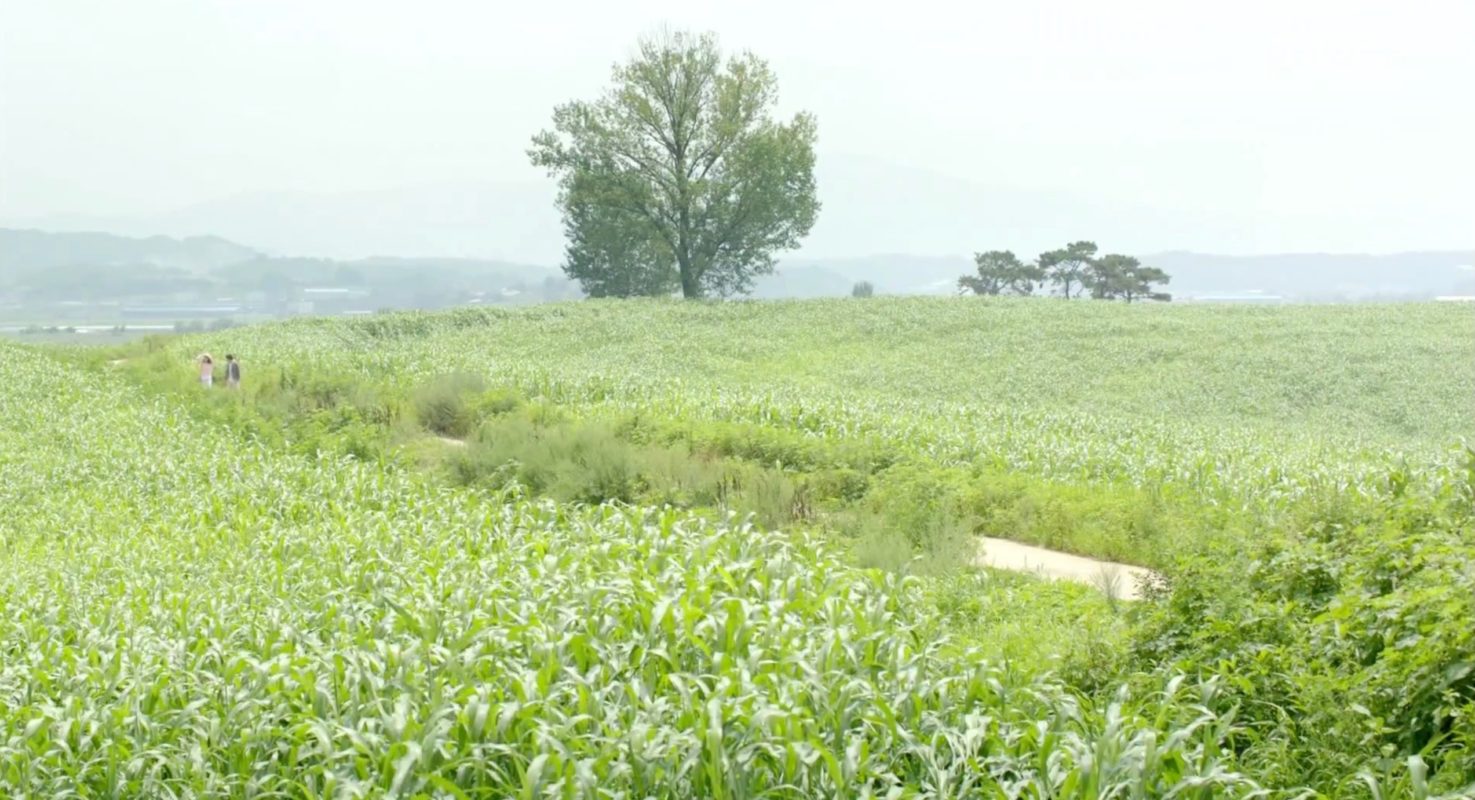 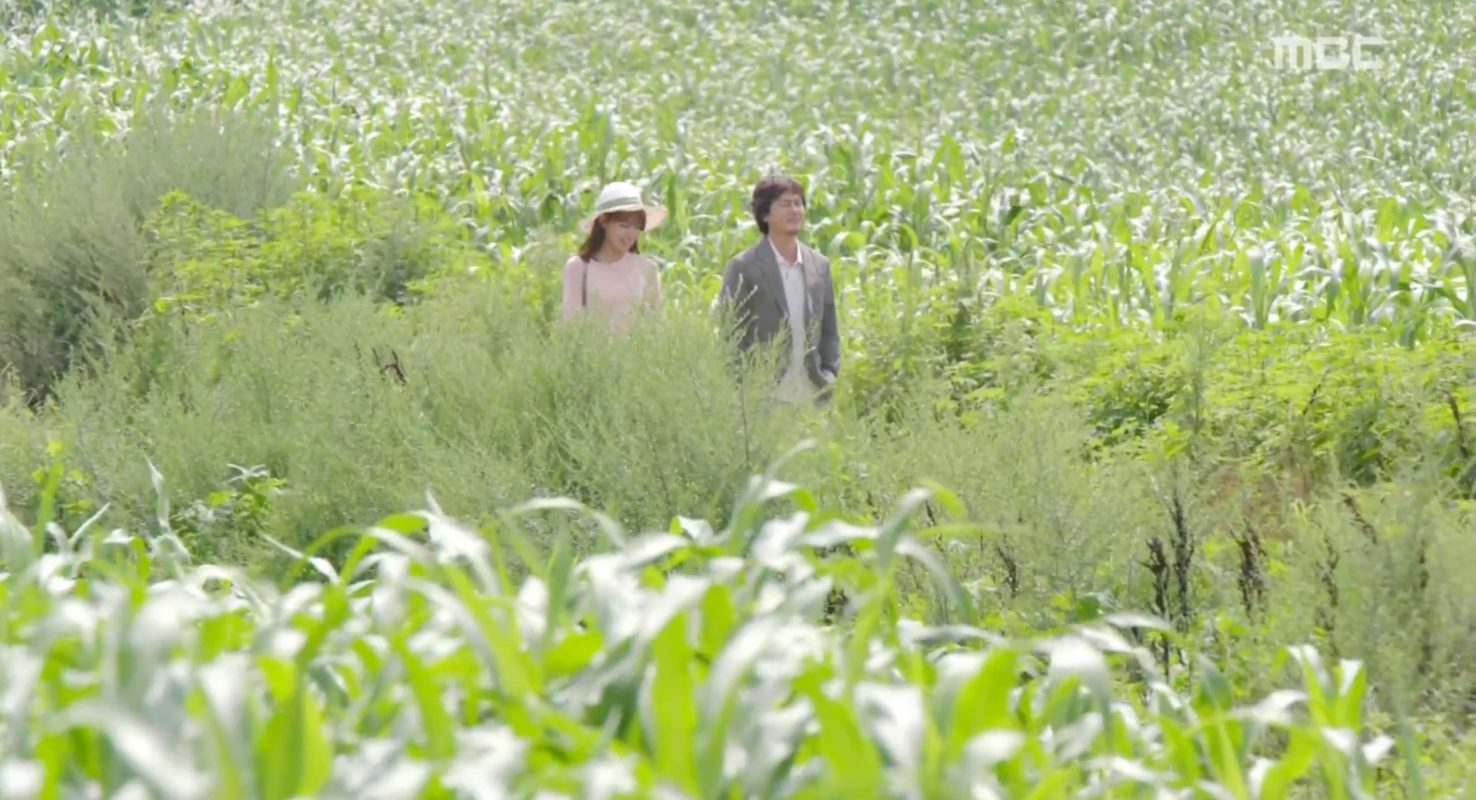 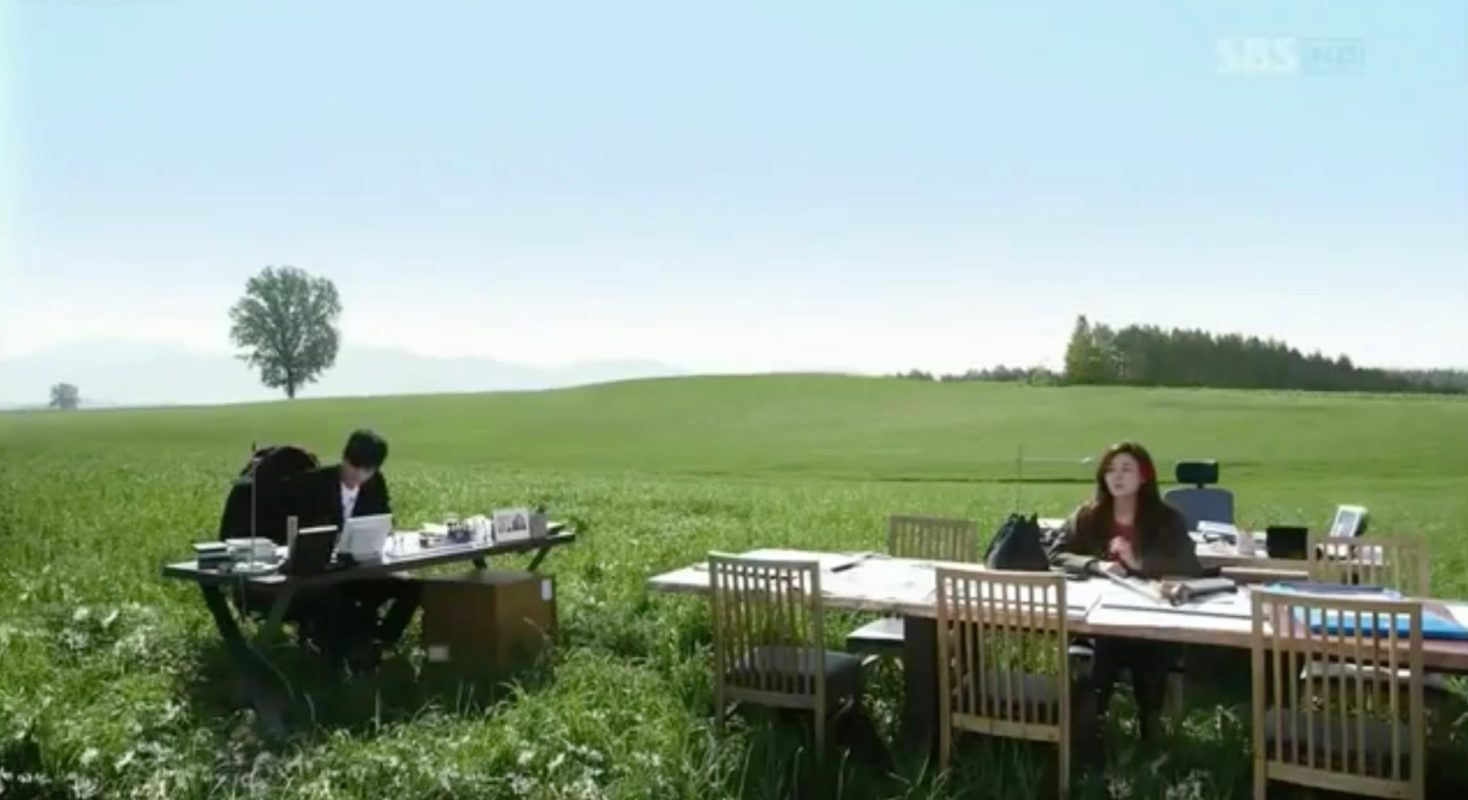 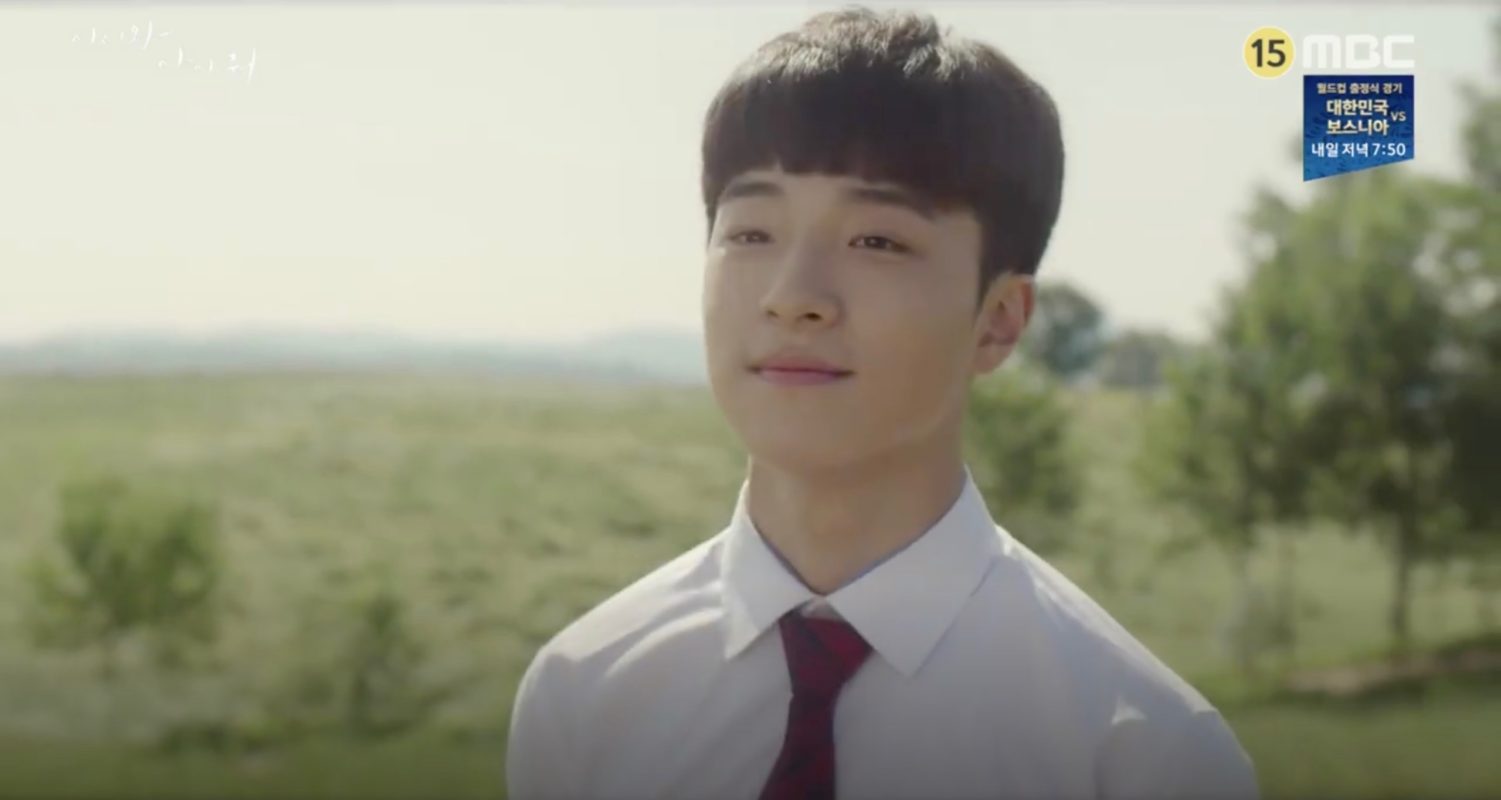 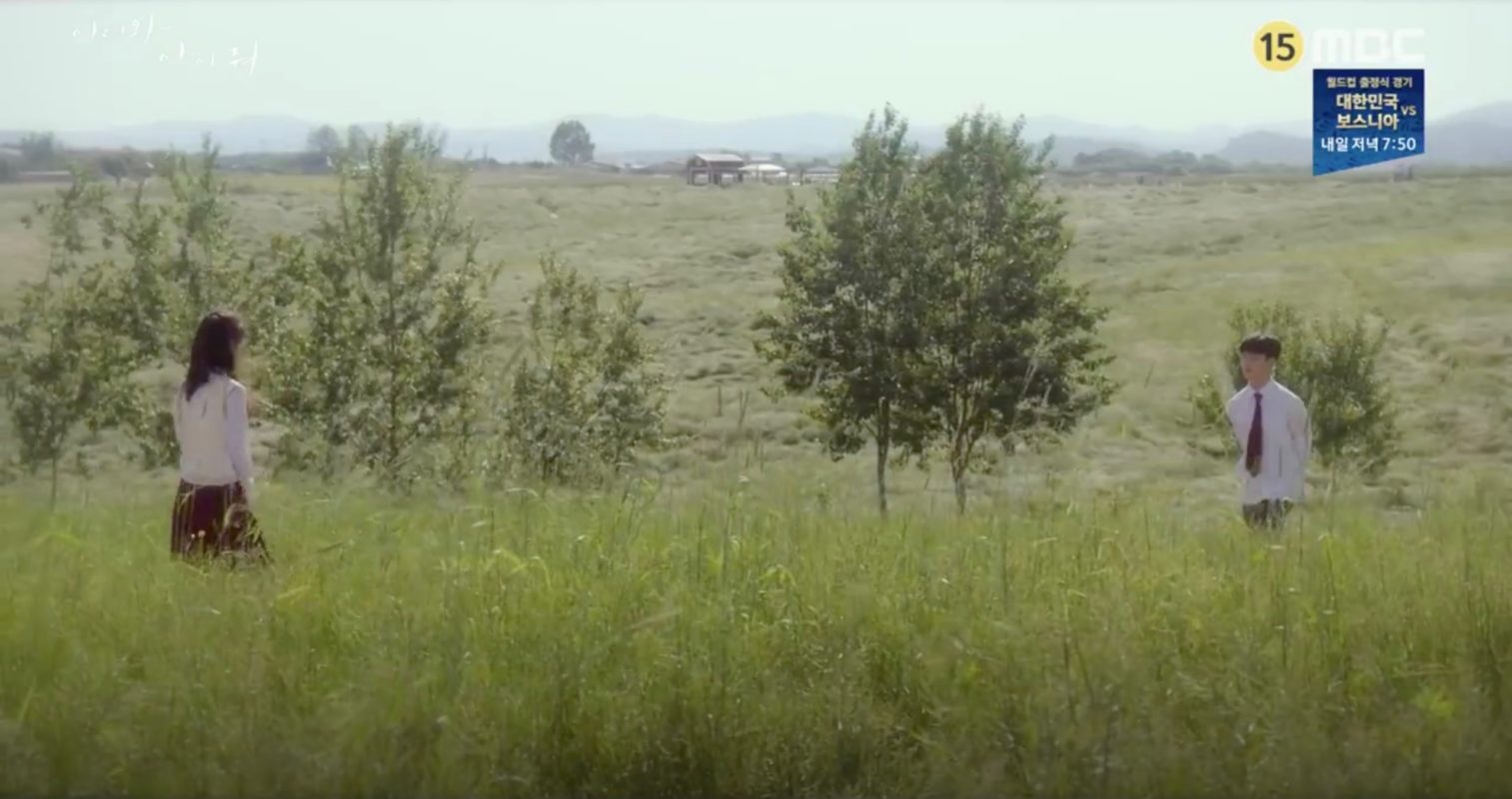 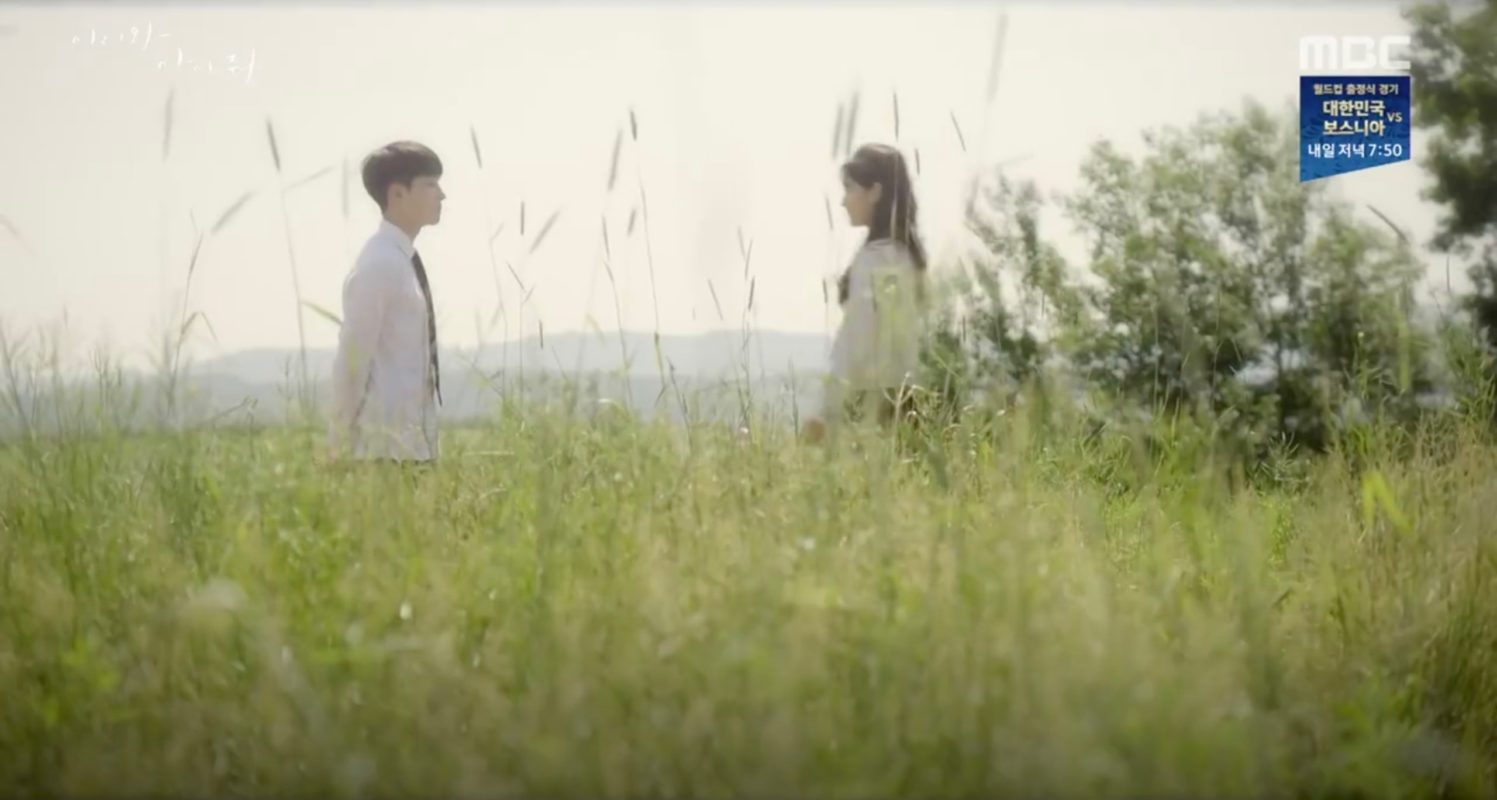 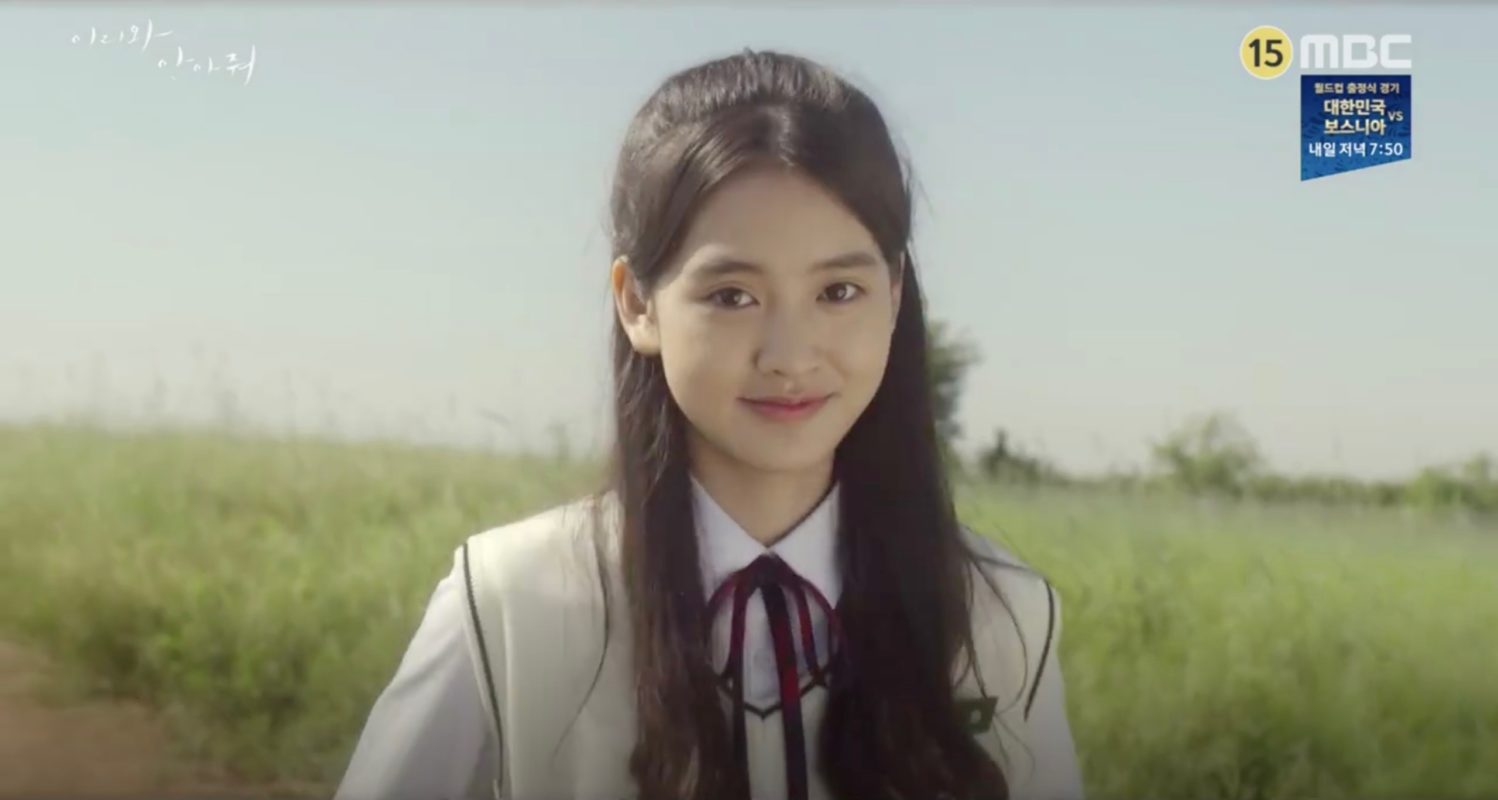 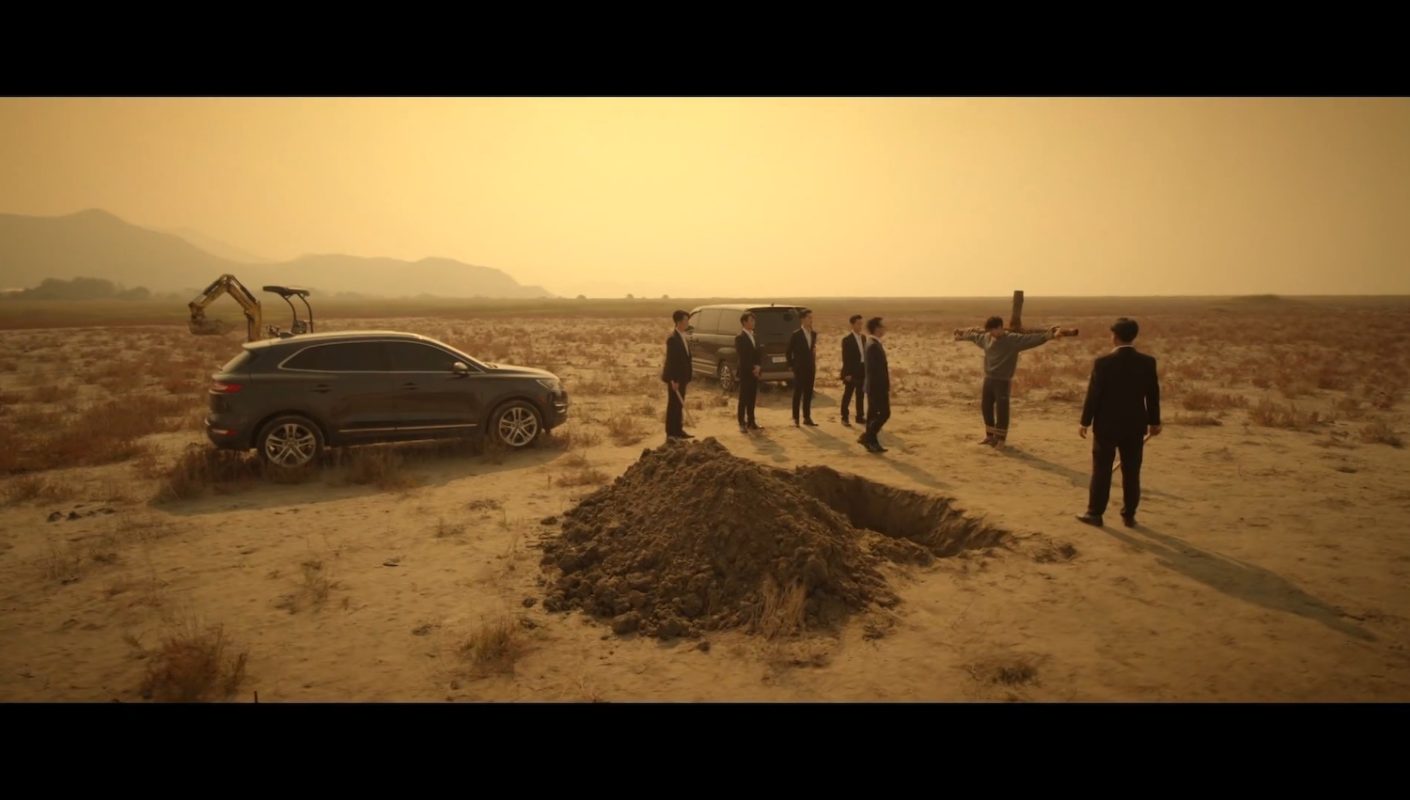 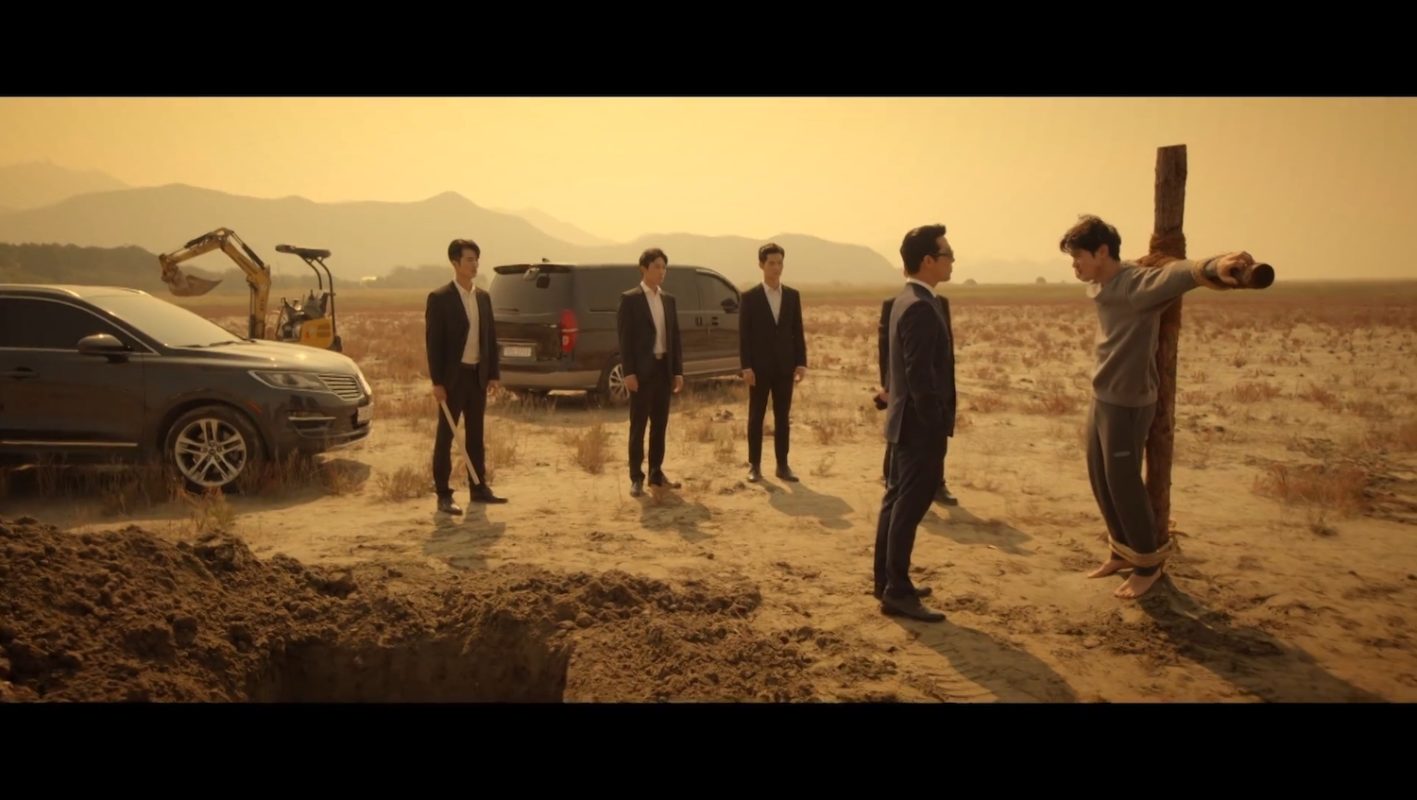 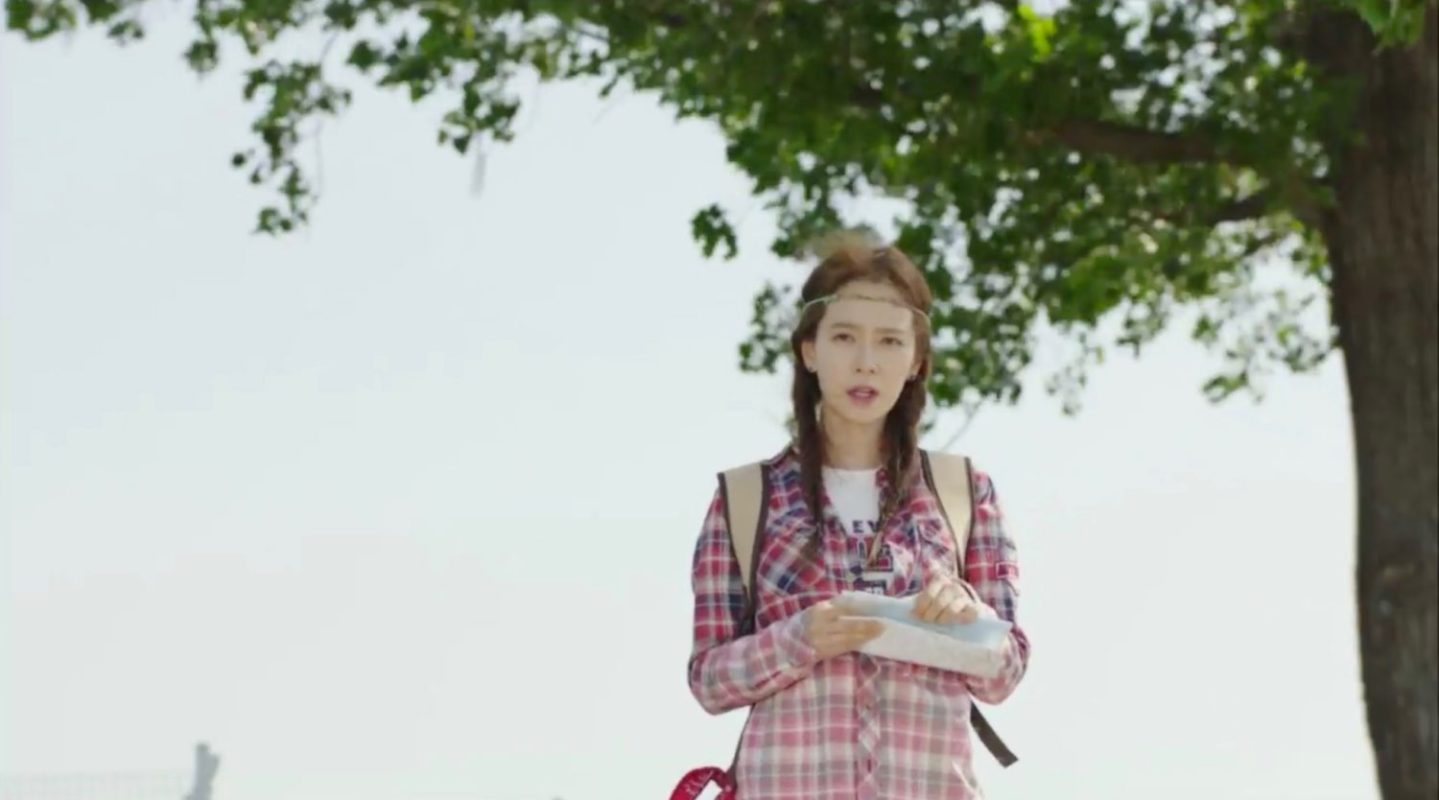 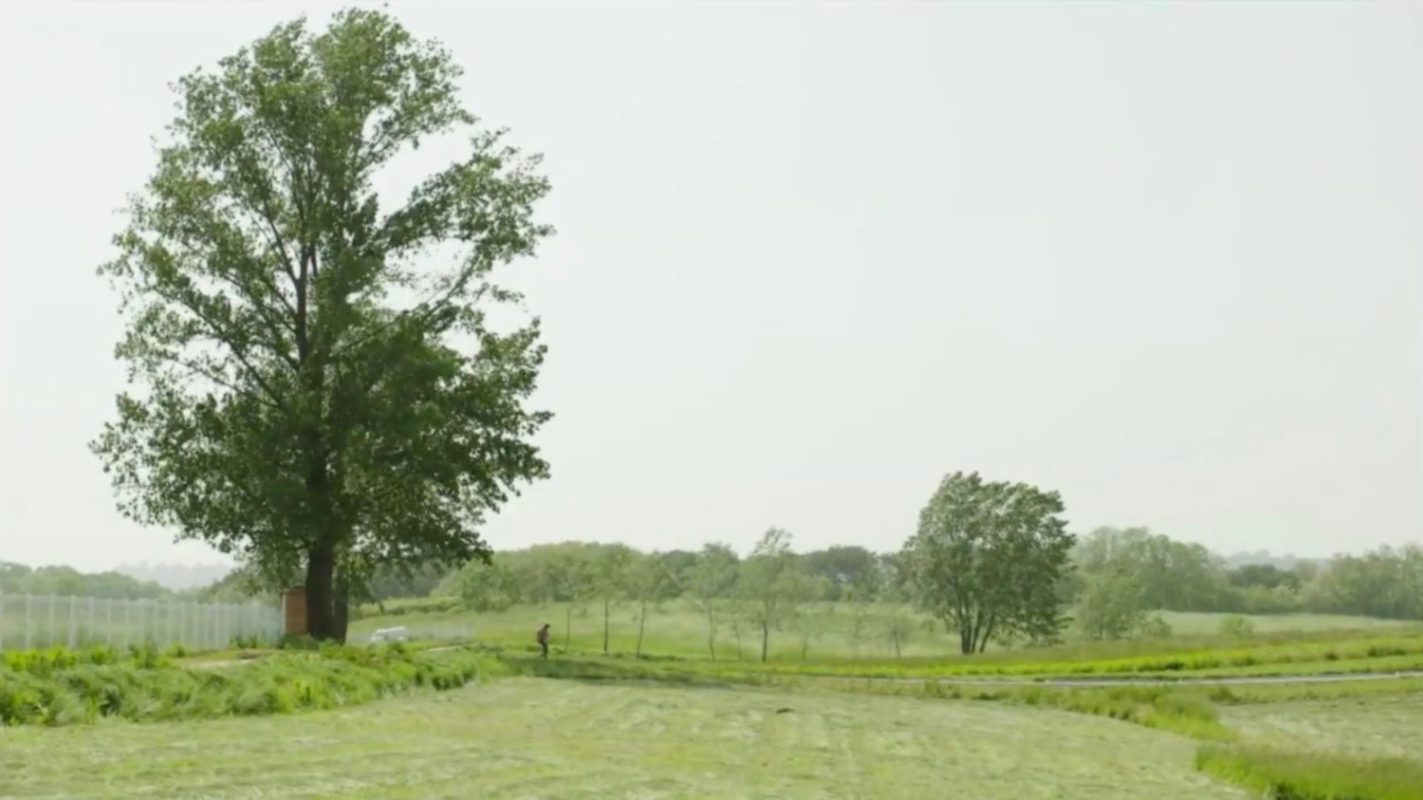 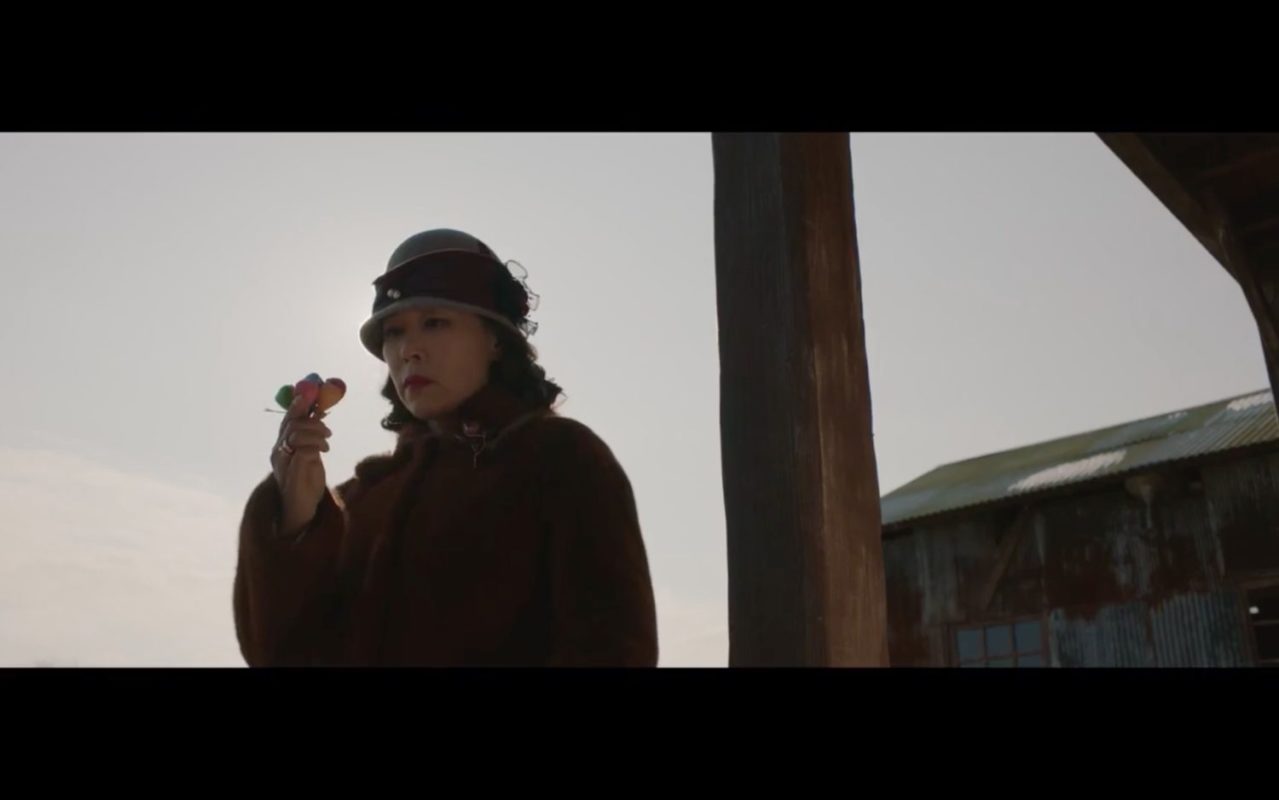 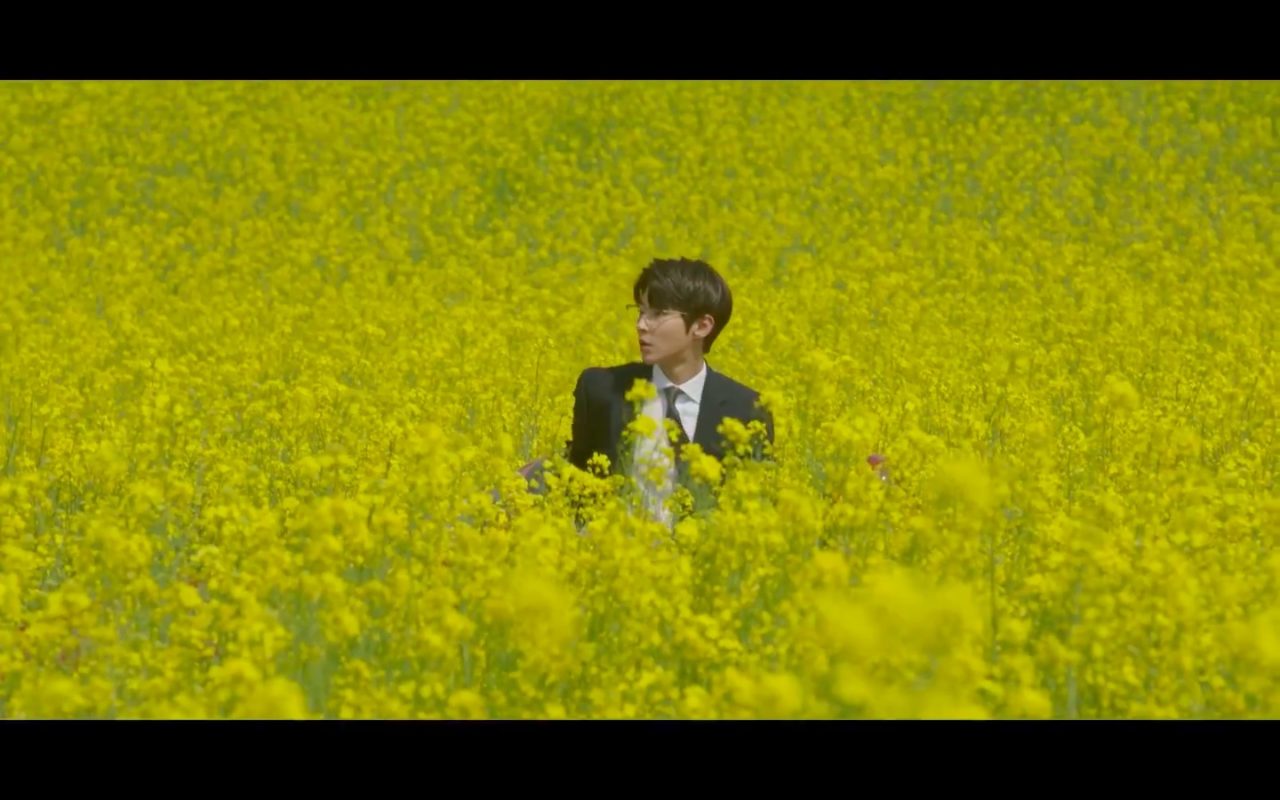 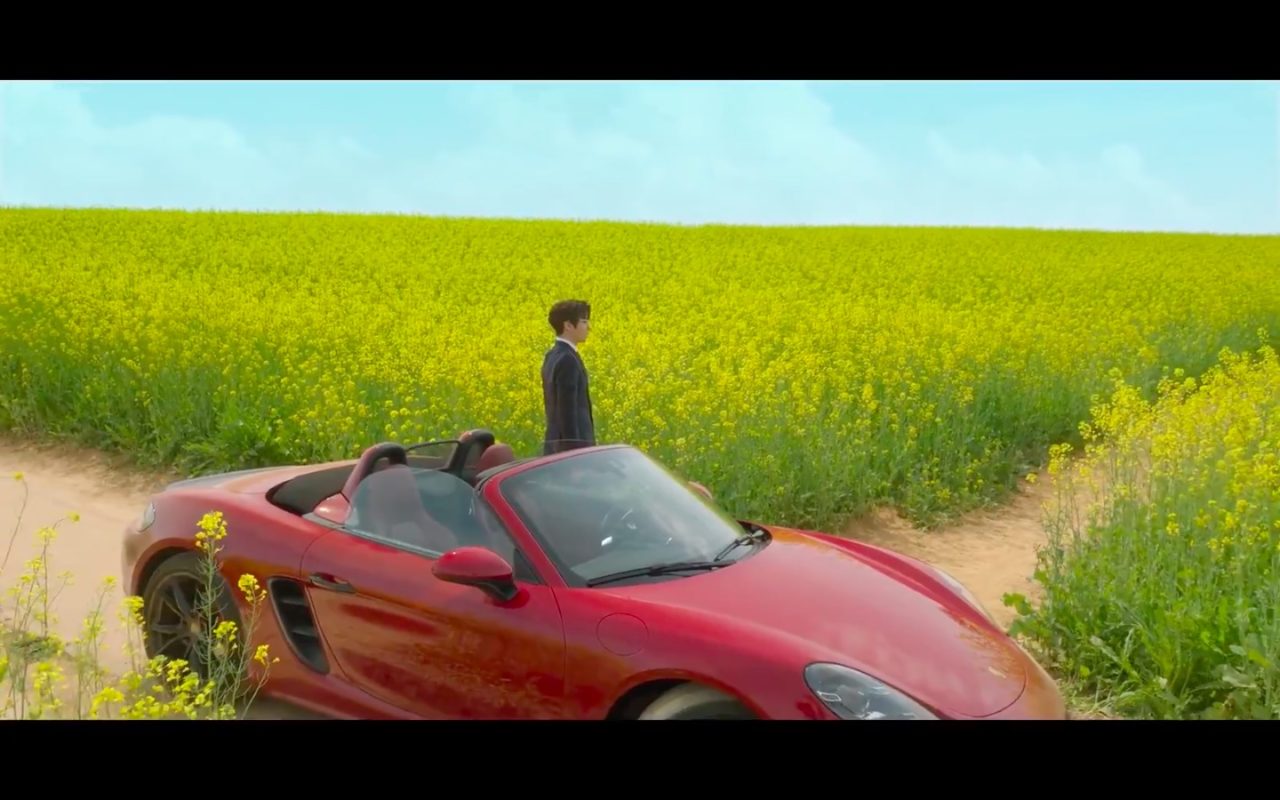 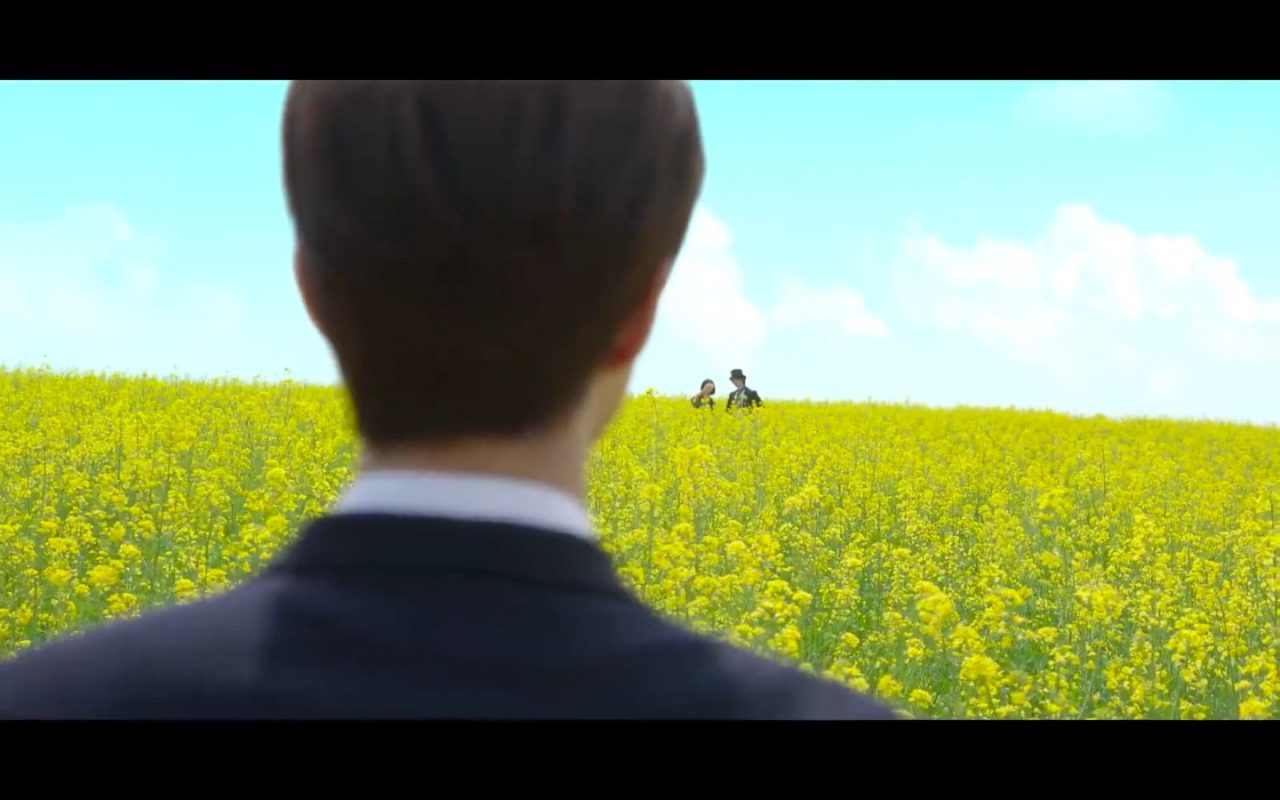 Kim Yu-ri (Lee Se-young) brings her Law Café Team including Kim Jeong-ho (Lee Seung-gi) and a client to this place in episode 11 of The Law Cafe (법대로 사랑하라) (KBS2, 2022). The client had inherited this (formerly unexploited and now cosmos-filled) land from her father and the team had to crack a poem riddle to understand the client’s father last will.

ZEU.AD prepares to film an advertisement at this site in episode 1 of Kiss Sixth Sense/Sixth Sense Kiss (Kiseu Sigseu Senseu/키스식스센스) (Disney+, 2022). [SPOILER] This is also when Hong Ye-sul (Seo Ji-hye) and Cha Min-hoo (Yoon Kye-sang) kiss accidentally when saving the film footage from the pouring rain.

Na Il-deung (Hwang In-youp) imagines himself all grown up, living a successful but dull life in episode 5 of The Sound of Magic (Annarasumanara/안나라수마나라) (Netflix, 2022). Driving his sports car through a tunnel into a field of yellow rapeseed flowers, he then watches from afar as Ri Eul (Ji Chang-wook) teaches Yoon Ah-yi (Choi Sung-eun) magic in this flower field.

In episode 14 of Run On (런온) (JTBC/Netflix, 2020-21), Shin Mi-joo (Shin Se-kyung) imagines the scenes that seh is about to translate from a movie taking place here.

Kang Tae-woo (Kim Kang-woo) is brought here in episode 2 (full episode 1) of Woman of 9.9 Billion/9.9 Billion Woman (99억의 여자) (KBS2, 2019-20), strapped to a makeshift cross. He is asked vague questions by a henchman, which frustrates him as he knows nothing about what the guy is trying to ask him.

An abducted Han Soo-ho (Yoon Si-yoon) is held hostage here in episodes 3-4 of Your Honor/Dear Judge (친애하는 판사님께) (SBS, 2018), until he escapes.

Young Chae Do-jin (Nam Da-reum) and Han Jae-yi (Ryu Han-bi) promise each other at this place that they will not be apart for long, in a flashback in episode 12 of Come and Hug Me (이리와 안아줘) (MBC, 2018). She also tells him then that she will become famous so that he can always find her first by following her career on television.

Nam Hong-joo (Bae Suzy) and Jung Jae-chan (Lee Jong-suk) decide not to work that day and come here in episode 21 of While You Were Sleeping (2017) (당신이 잠든 사이에) (SBS, 2017); she wants to protect Jae-chan from a bind he’ll be in, into according to her dream.

Seo Do-woo (Lee Sang-yoon) goes here in episode 4 of On the Way to the Airport (공항 가는 길) (KBS2, 2016), following the traces of his dead adopted daughter Annie (Park Seo-yeon) who had come here to look for her real father.

Jang Hwa-young (Lee Yoon-ji), Na Ji-A (Jang Ji-eun) and Ra-ra (Ryu Hwa-young) think up different possibilities how Bang Myeong-soo (Byun Yo-han) and Kim Soo-jin (Song Ji-hyo) might have gotten together in episode 5 of Ex-Girlfriends’ Club/Ex-Girlfriend Club (구여친클럽) (tvN, 2015) and all of these imaginations take place at this farmland.

This place appears as Kang Dong-ha’s (Kam Woo-sung) ranch in My Spring Days/The Spring Days of My Life/Springtime of My Life (내 생애 봄날) (MBC, 2014). When Lee Bom-yi (Choi Soo-young) comes to get a contract from him in episode 4, he shows her his land.

When Seo Yi-soo (Kim Ha-neul) visits Kim Do-jin (Jang Dong-gun) in his office in episode 1 of A Gentleman’s Dignity (신사의 품격) (SBS, 2012), it suddenly transforms in a green landscape (which is Anseong Farmland) showing how well Do-jin feels/can work in Yi-soo’s presence.

Anseong Farmland [안성팜랜드] is a livestock theme park located on the outskirts of the city of Anseong [안성시], in the village of Sindu [Sindu-ri/신두리] in Anseong’s Gongdo Township [Gongdo-eup/공도읍]; around 80km (50mi) south of Seoul, which estimates to around 2 hours and 15 mins by public transport.

The origins of this park with its “800 livestock from 25 species” are traced back to “a Korean-German cooperation project in the 1960s.” In 2021, the Ministry of Culture, Sports and Tourism—announced through the Korea Tourism Organization (KTO)—selected this park as one of the ‘100 Must-Visit Spots in Korea’ for 2021-2022.

— submitted by Marion KDL; last updated 11/06/2022
— While You Were Sleeping submitted by Monica
— 9.9 Billion Woman added by Mich KDL
— The Sound of Magic added by GGRIP