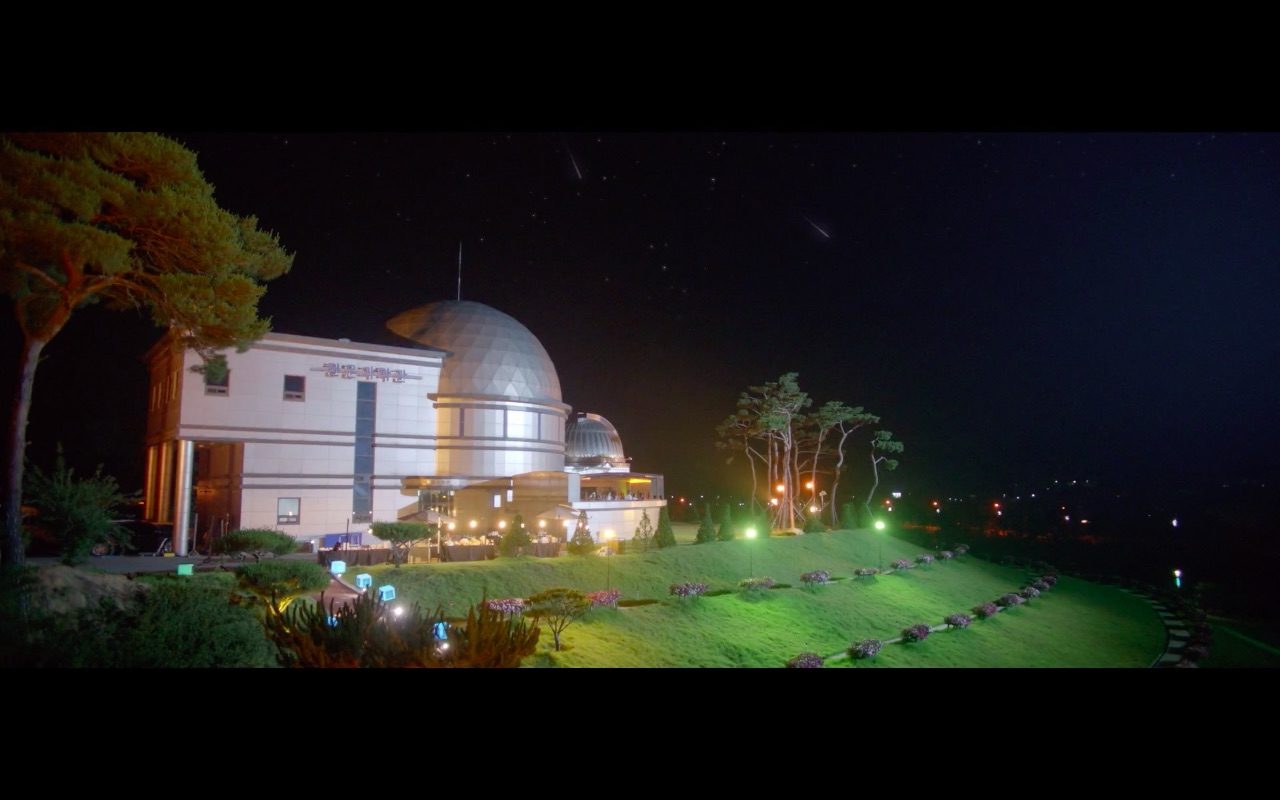 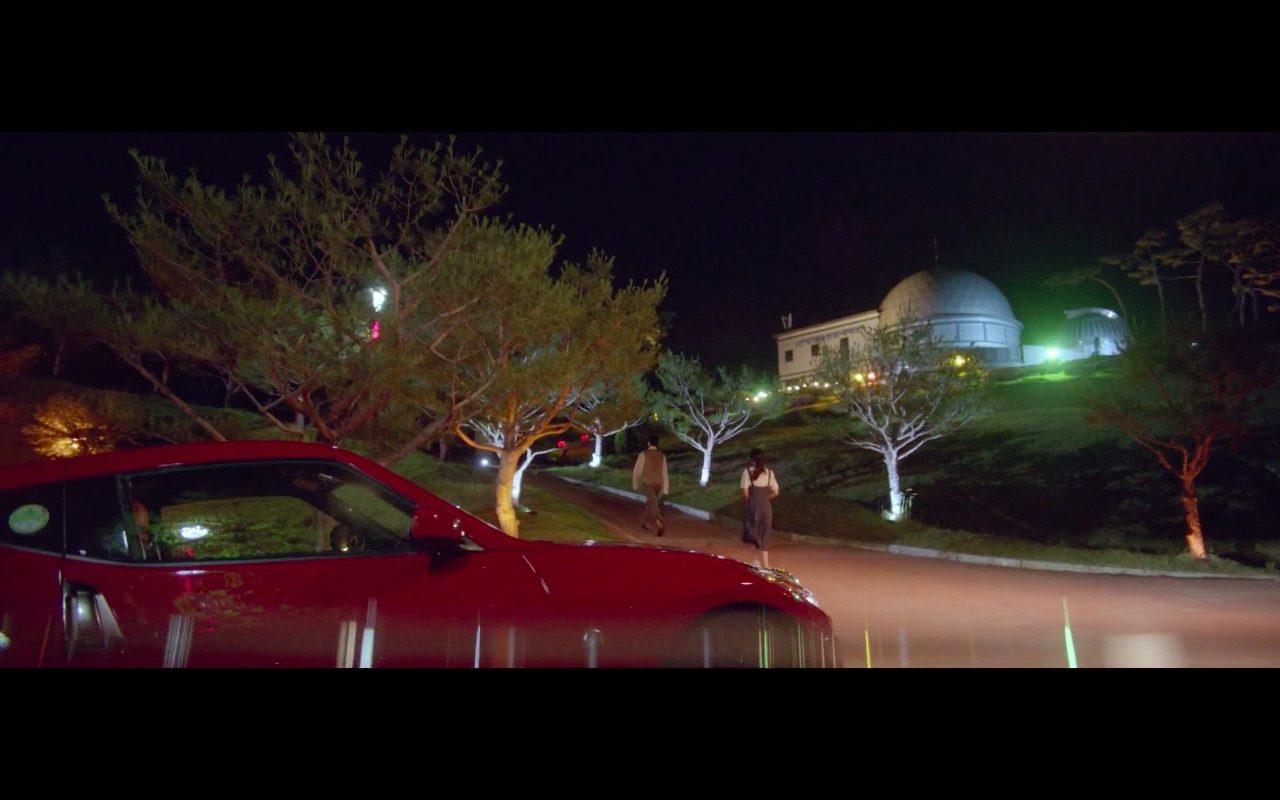 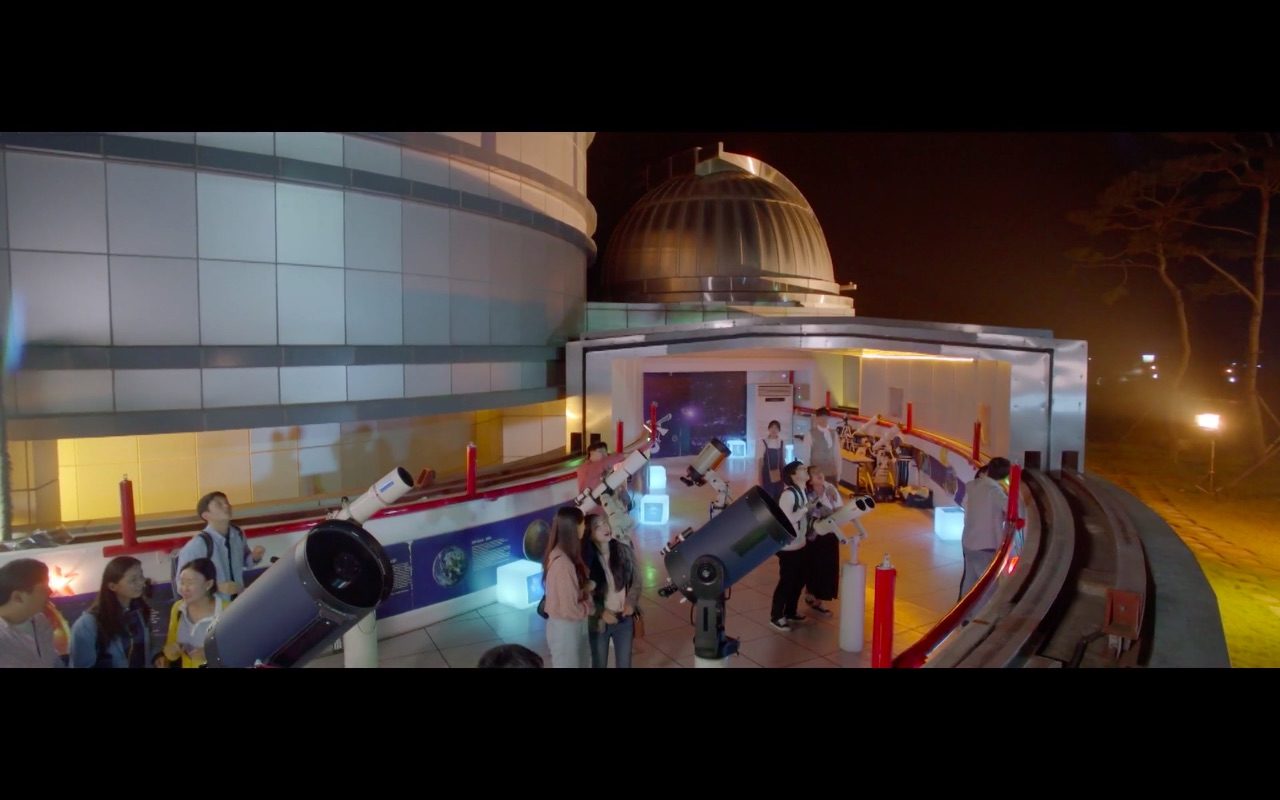 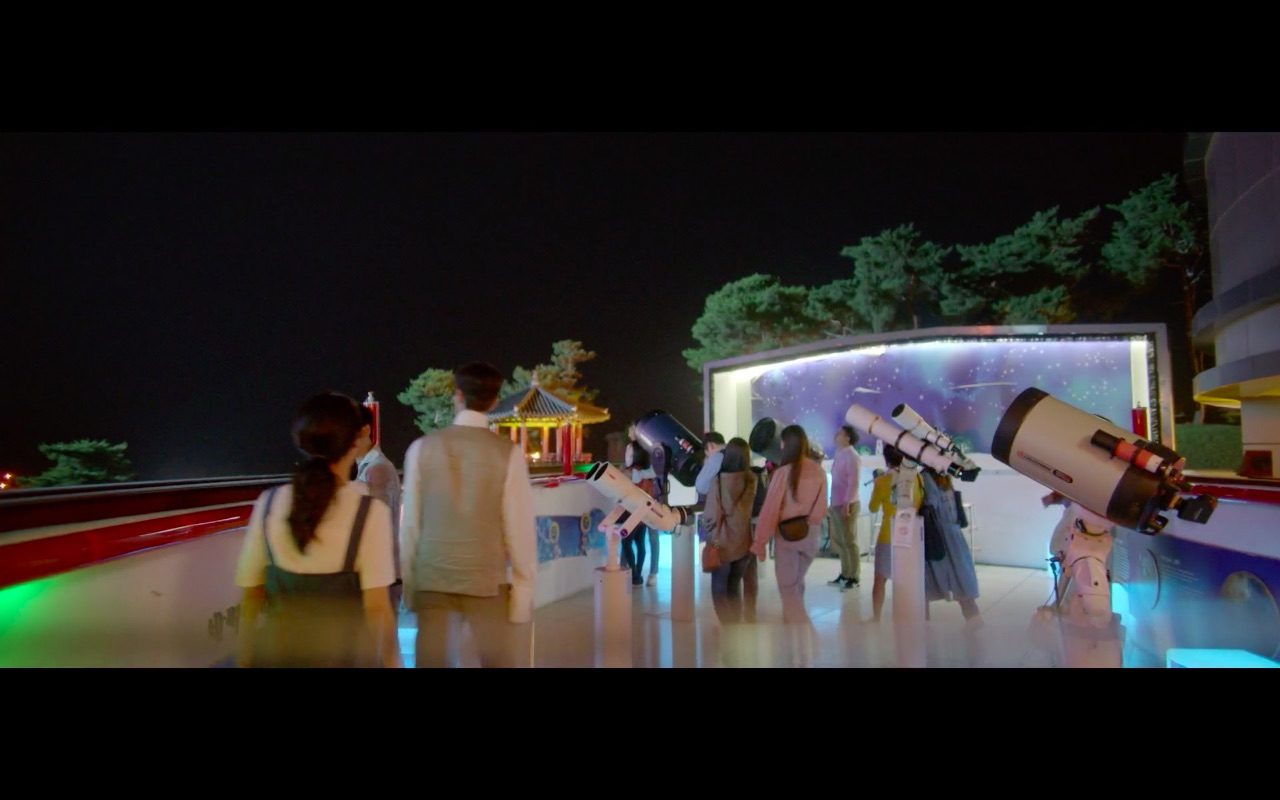 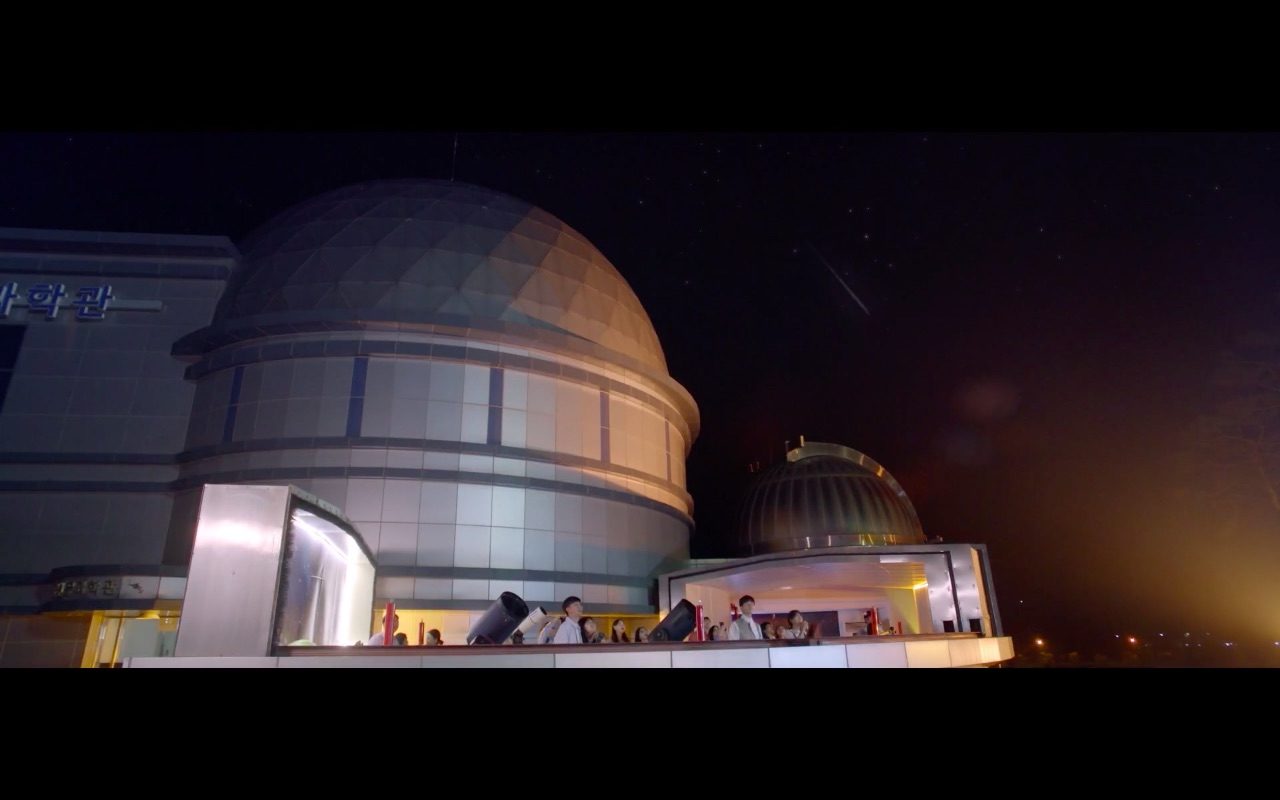 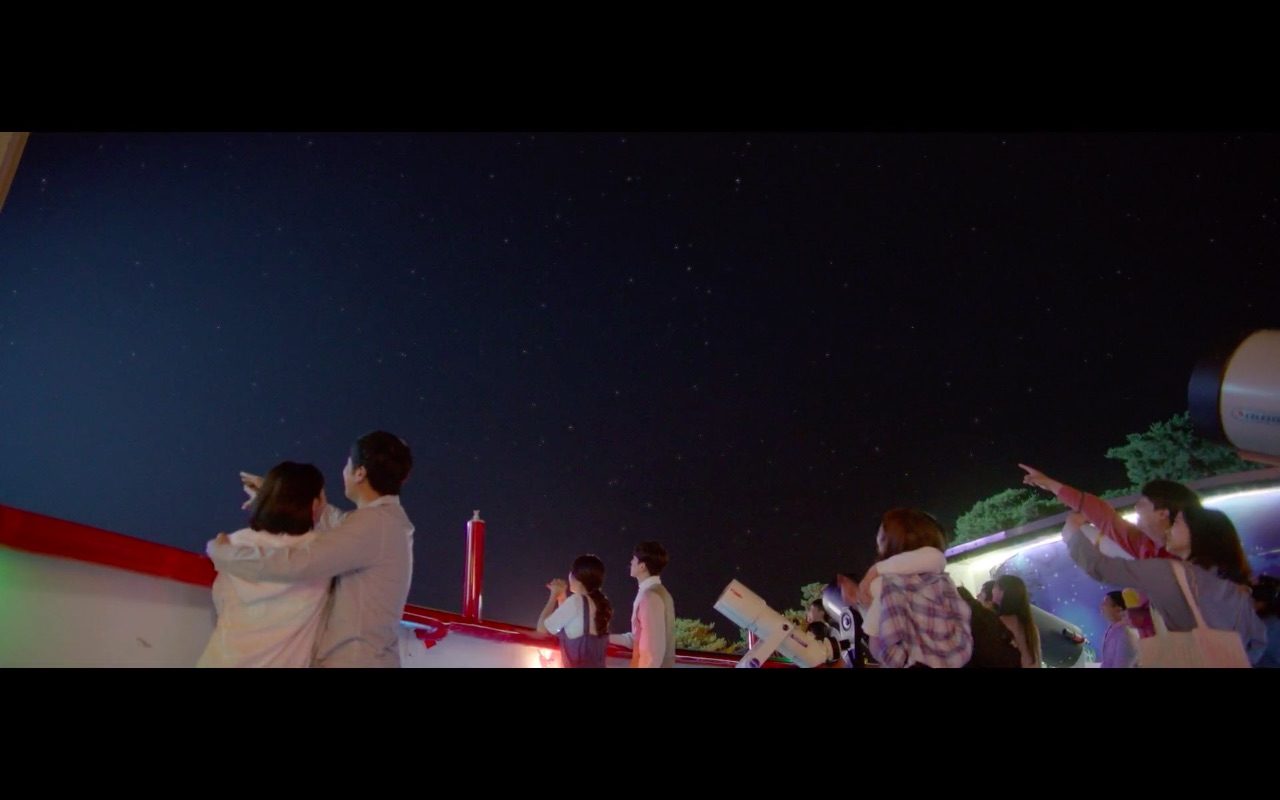 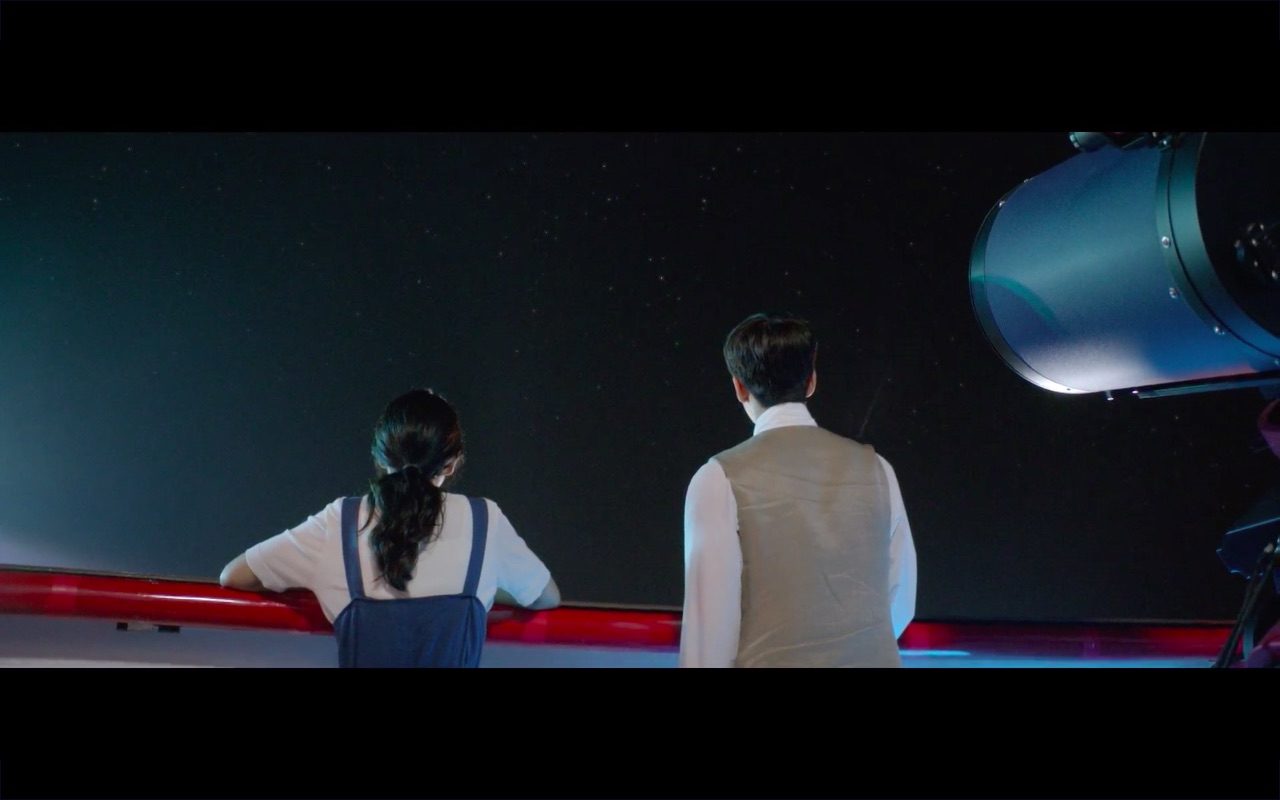 Seo E-do (Shin Sung-rok) brings Min Ye-rin (Go Won-hee) here in episode 10 (full episode 5) of Perfume/Peopyoom (퍼퓸) (KBS2, 2019) to view the tail of the ‘Linear Comet’, which would result in hundreds of shooting stars. As the shooting stars appear, Ye-rin makes a wish, and eventually has a brief heart-to-heart with E-do about the people in life who’d make them shine the brightest.

Anseong Astronomical Science Museum [안성맞춤천문과학관] opened its doors in 2013 in the village of Bokpyeong-ri [복평리], part of the Bogae Township [Bogae-myeon/보개면] in Anseong. According to this article, it boasts 12 telescopes, “including a refracting telescope with Korea’s largest aperture of 300mm and a reflex telescope”.

This astronomical science museum is part of the larger Anseong Matchum Land [안성맞춤랜드], which also comprises other attractions like a camping site, a performance site, and a waterside park. It is around 20 mins away by car from Anseong Farmland [안성팜랜드], and approx. 87km (54mi) south of Seoul, which estimates to around 3 hours and 32 mins by public transport.