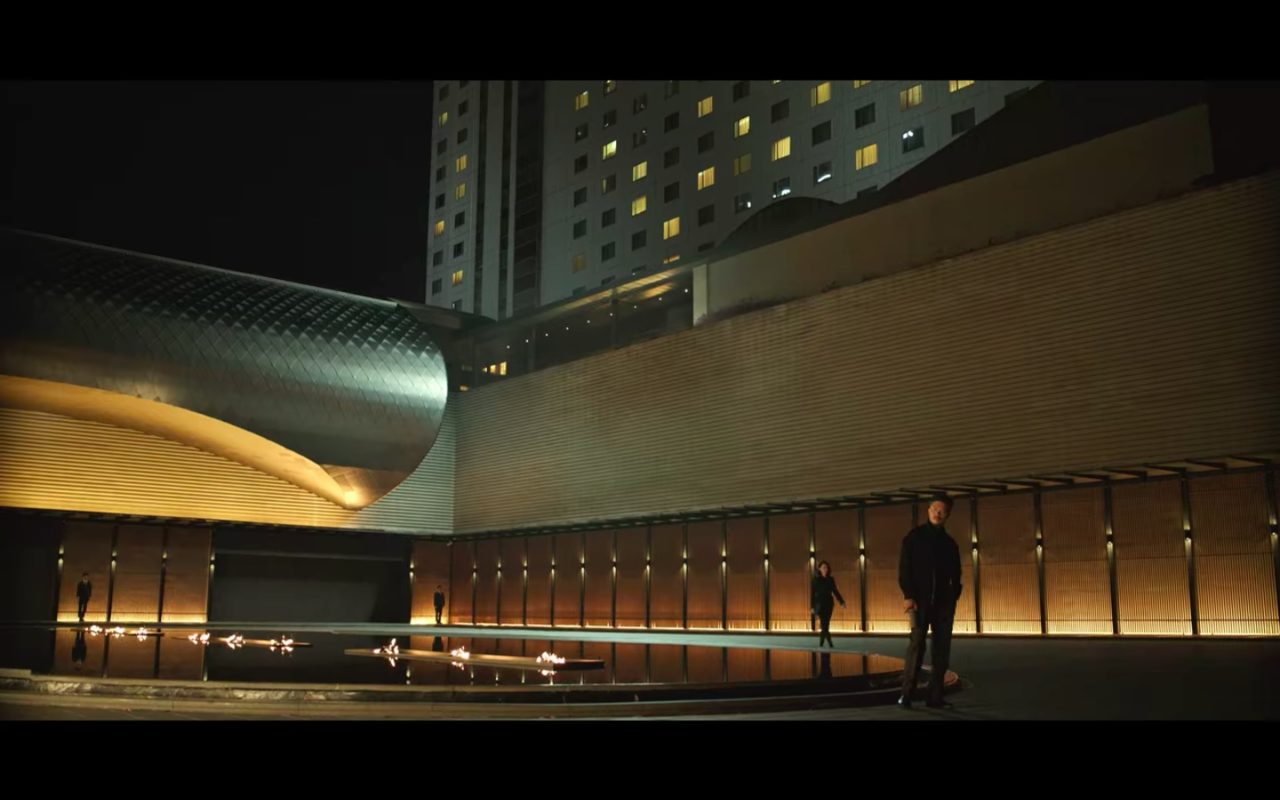 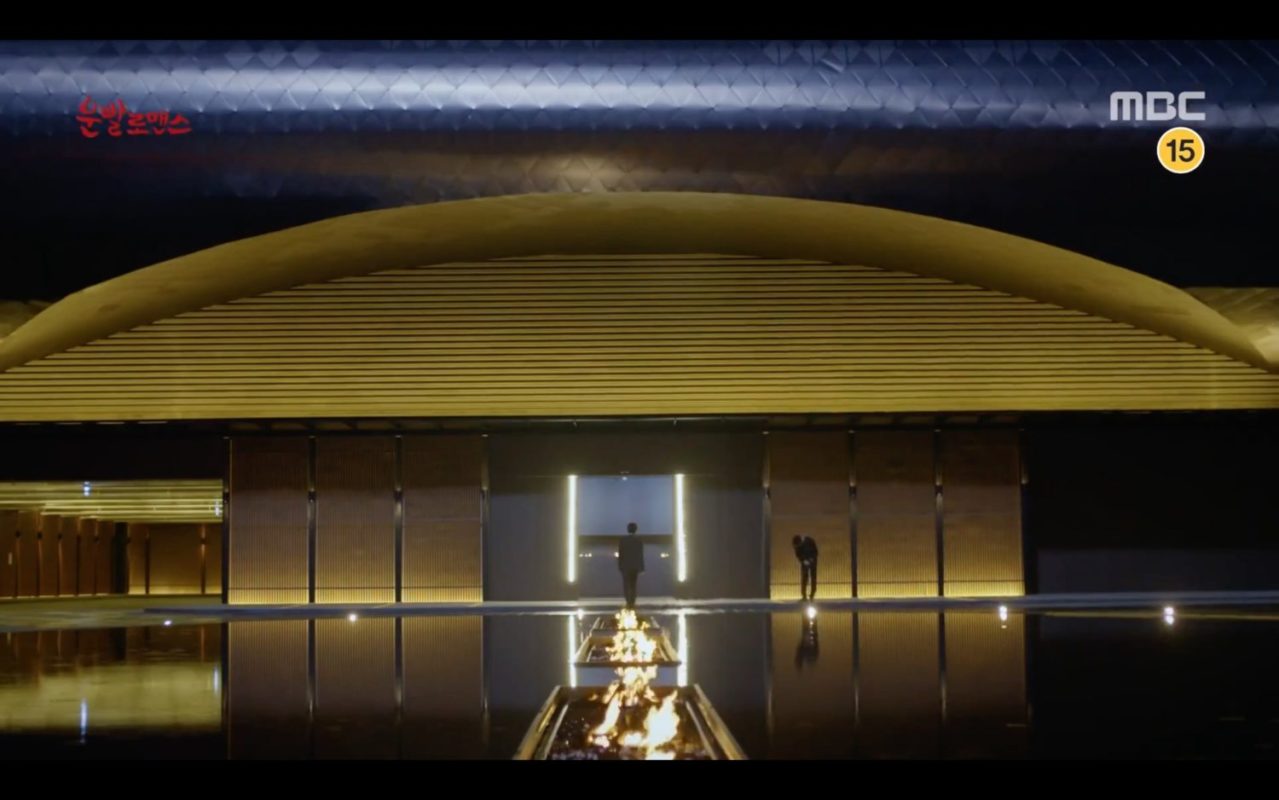 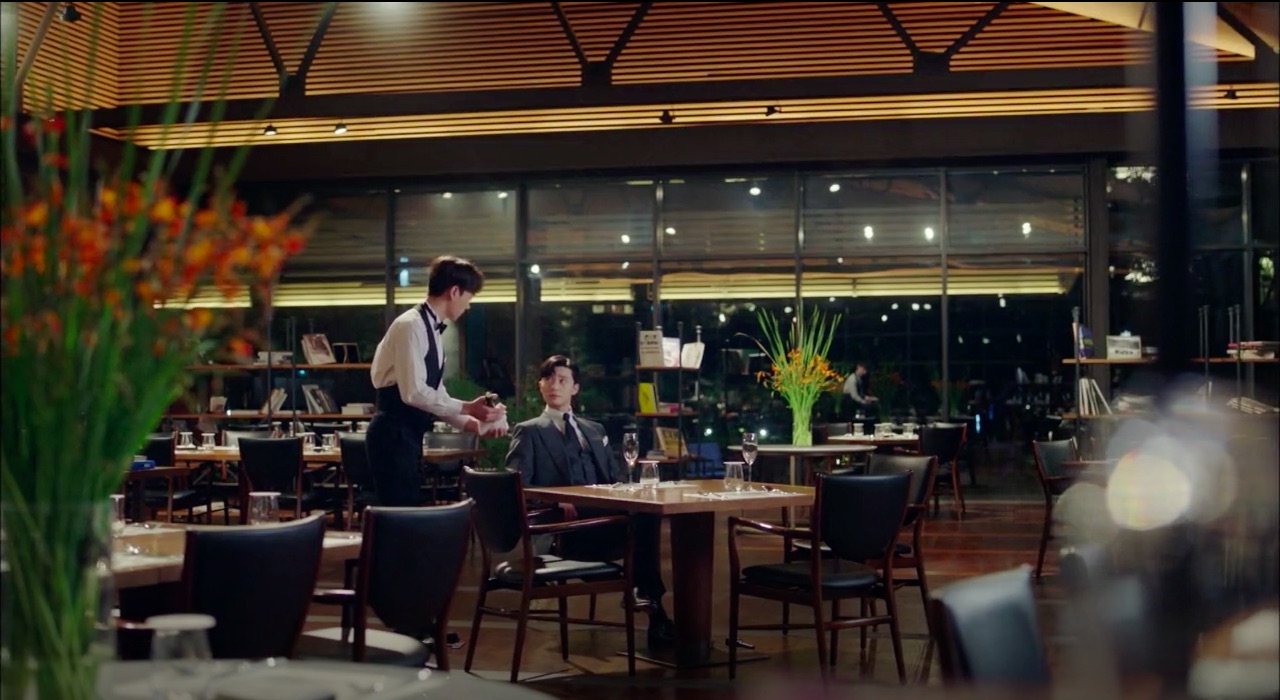 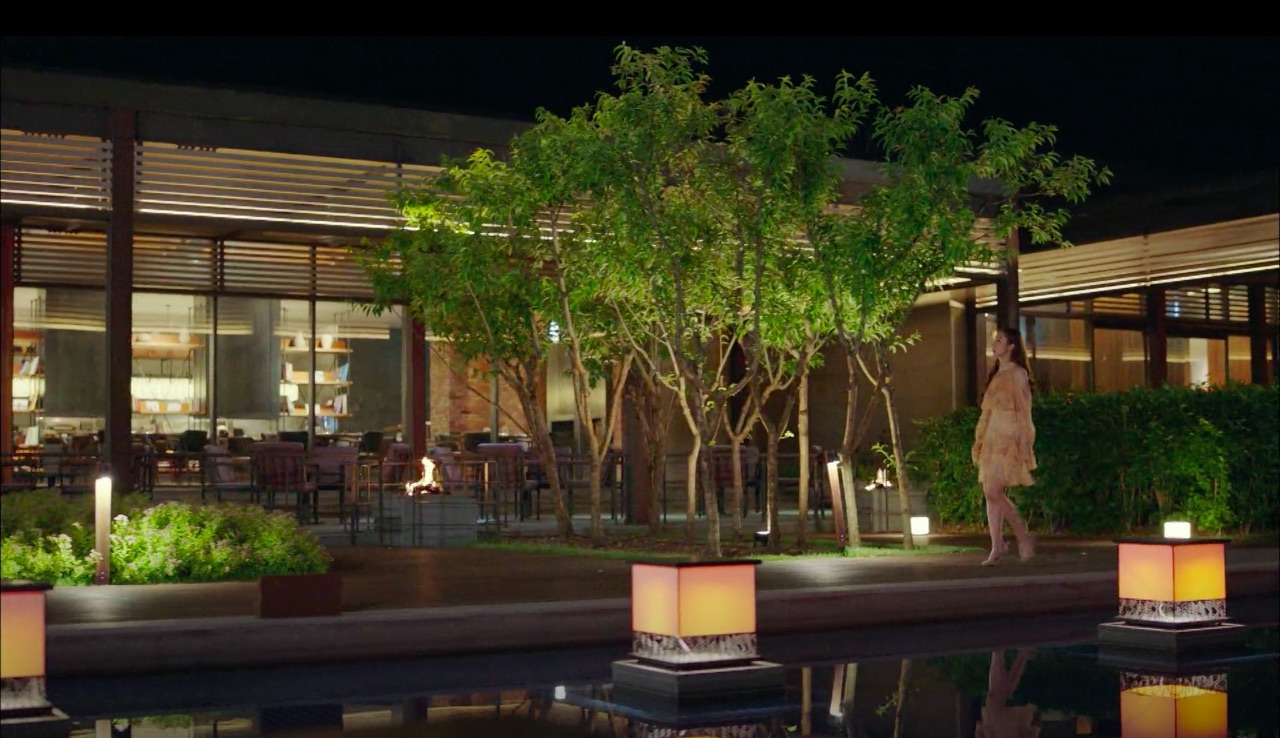 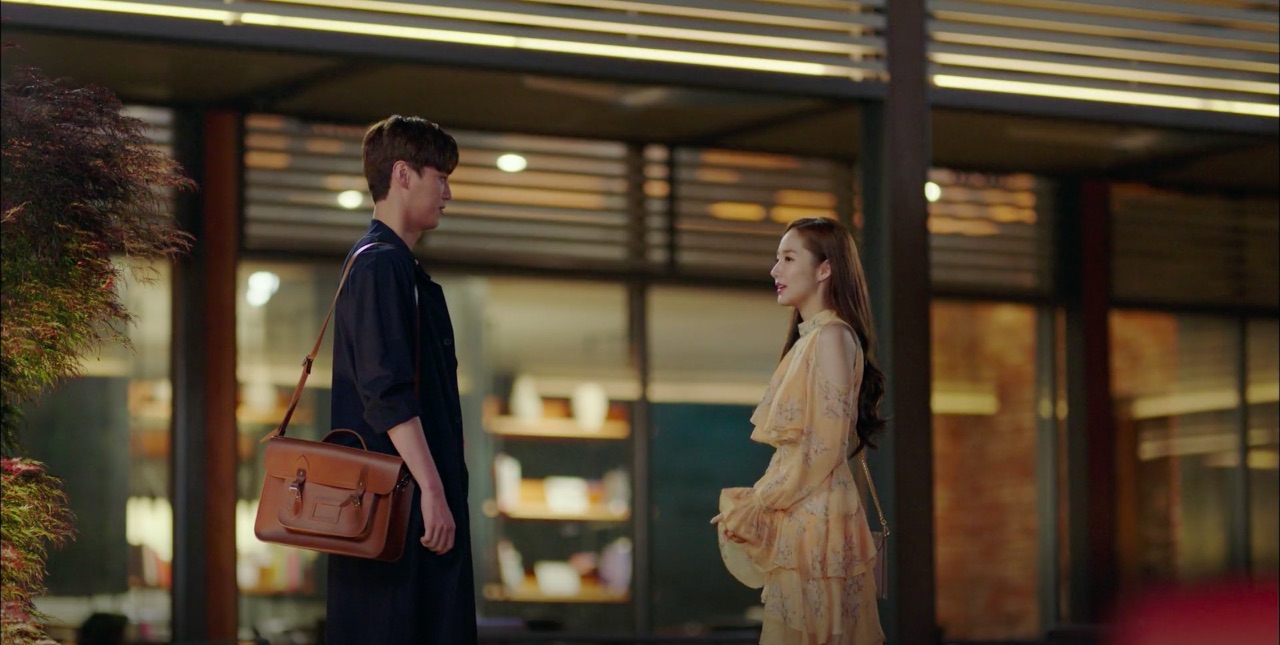 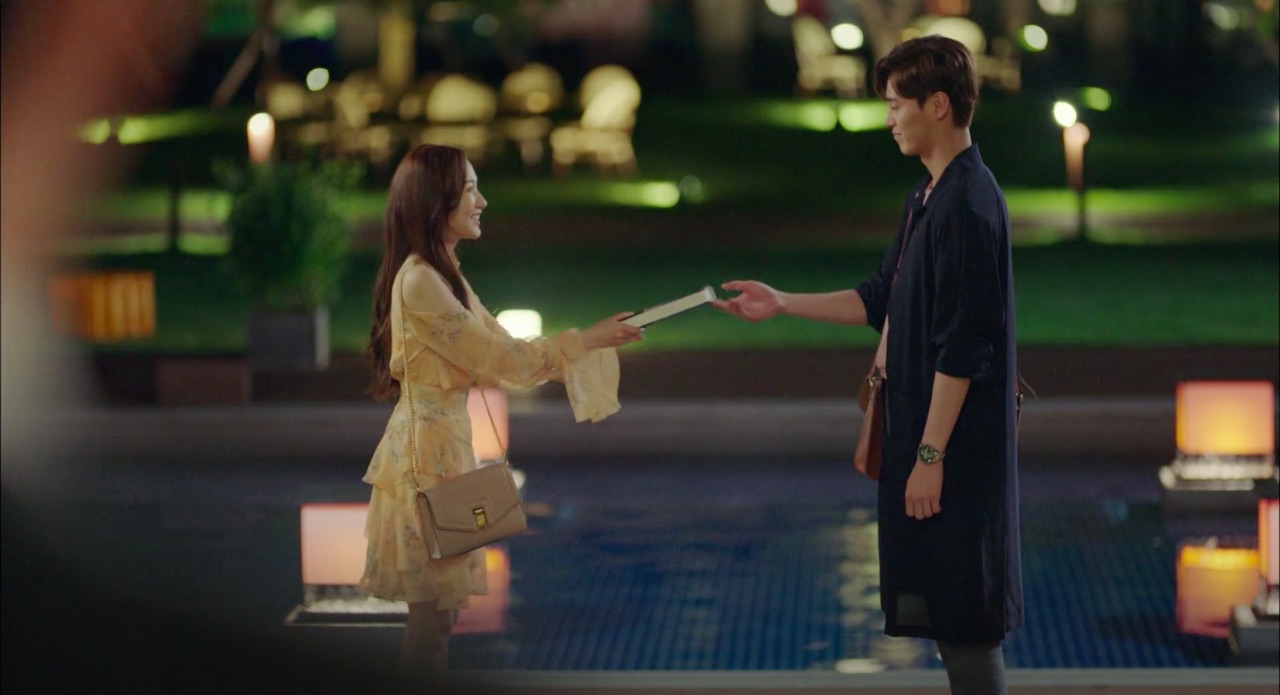 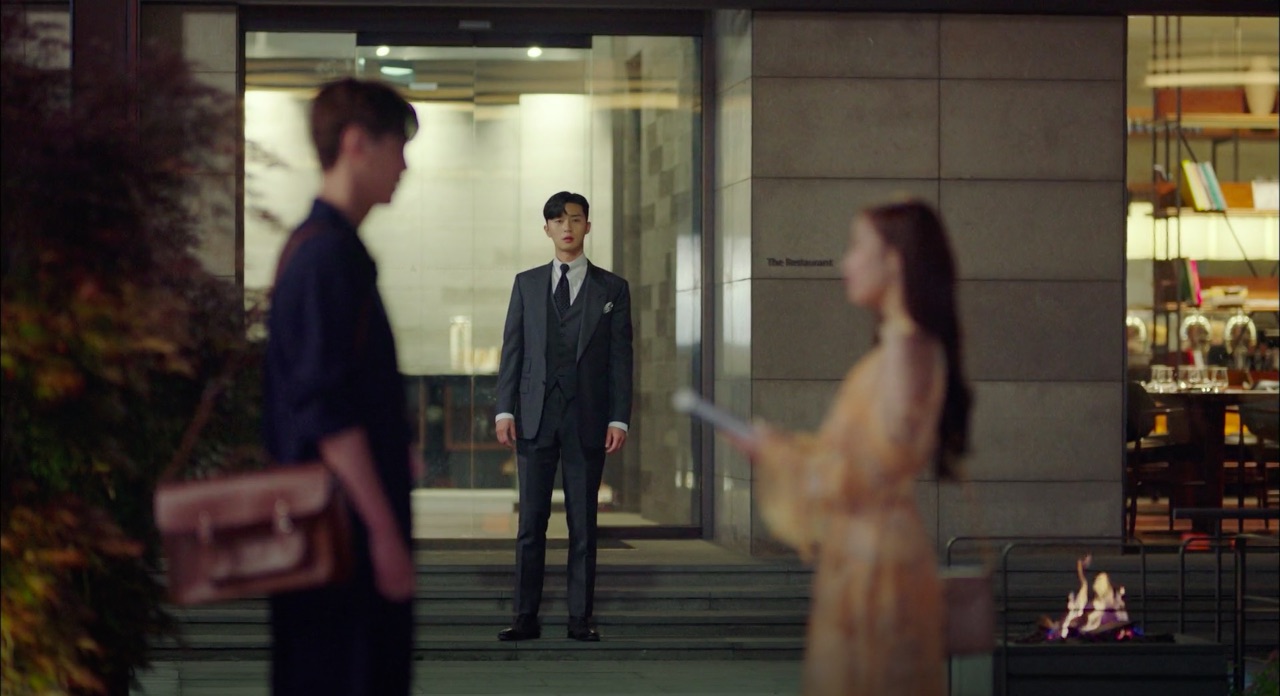 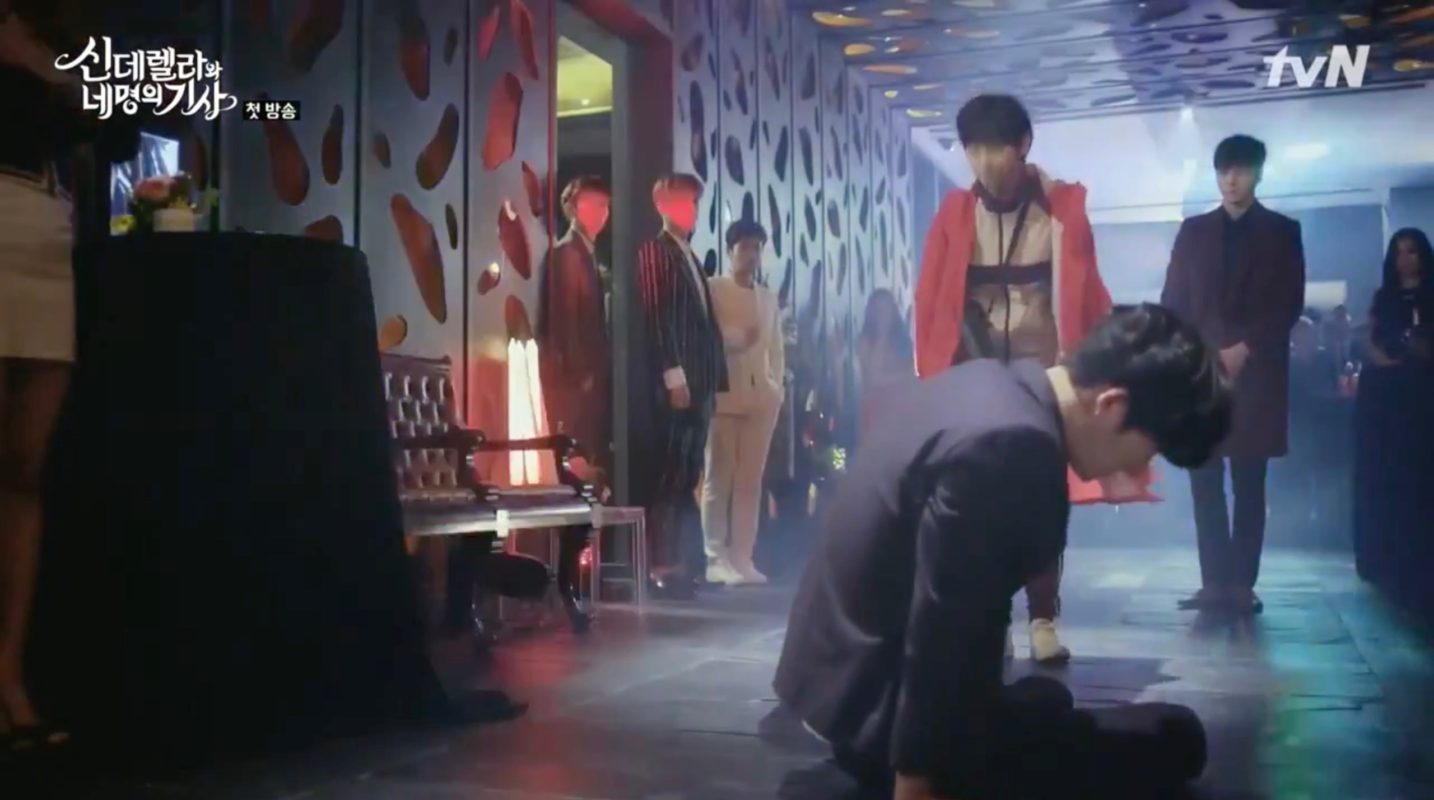 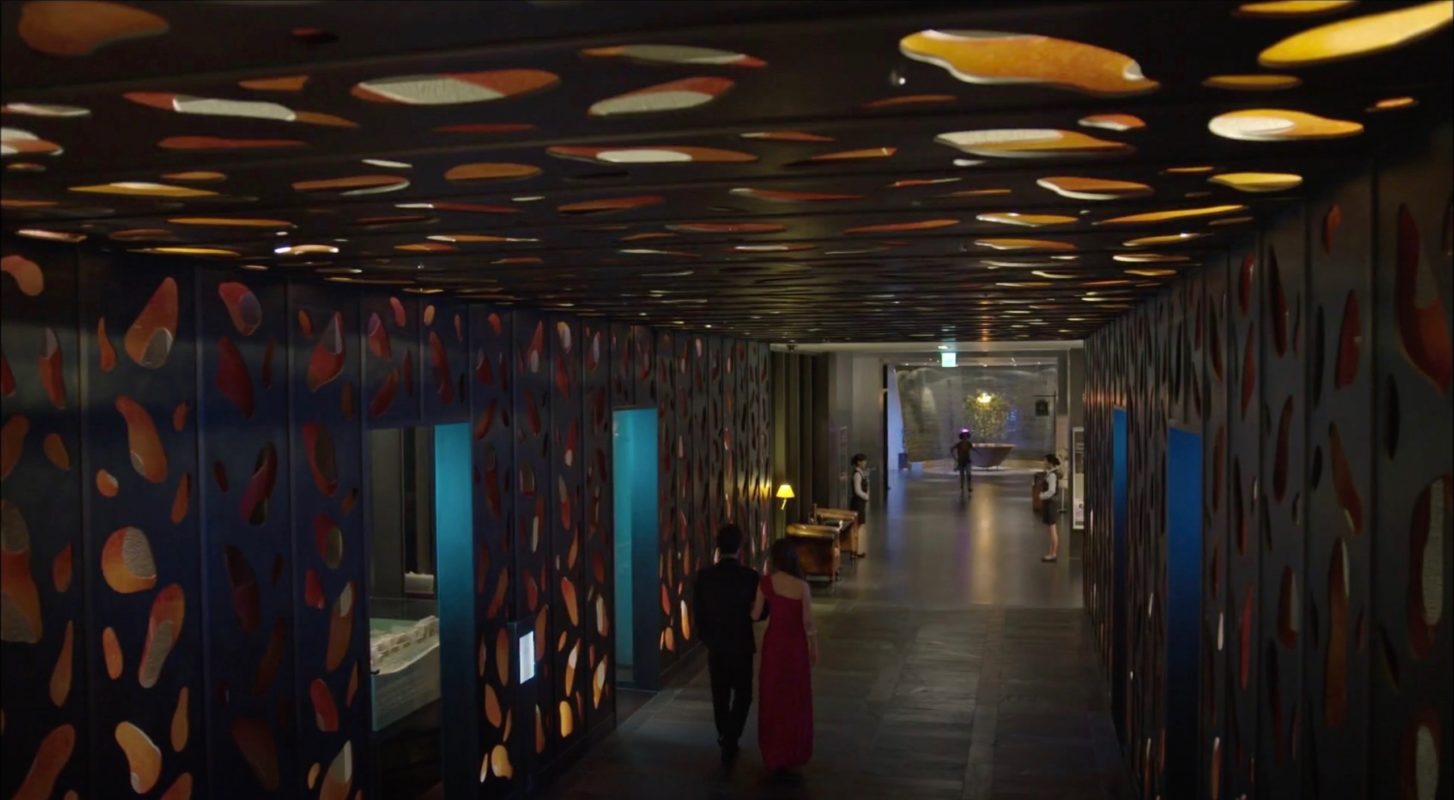 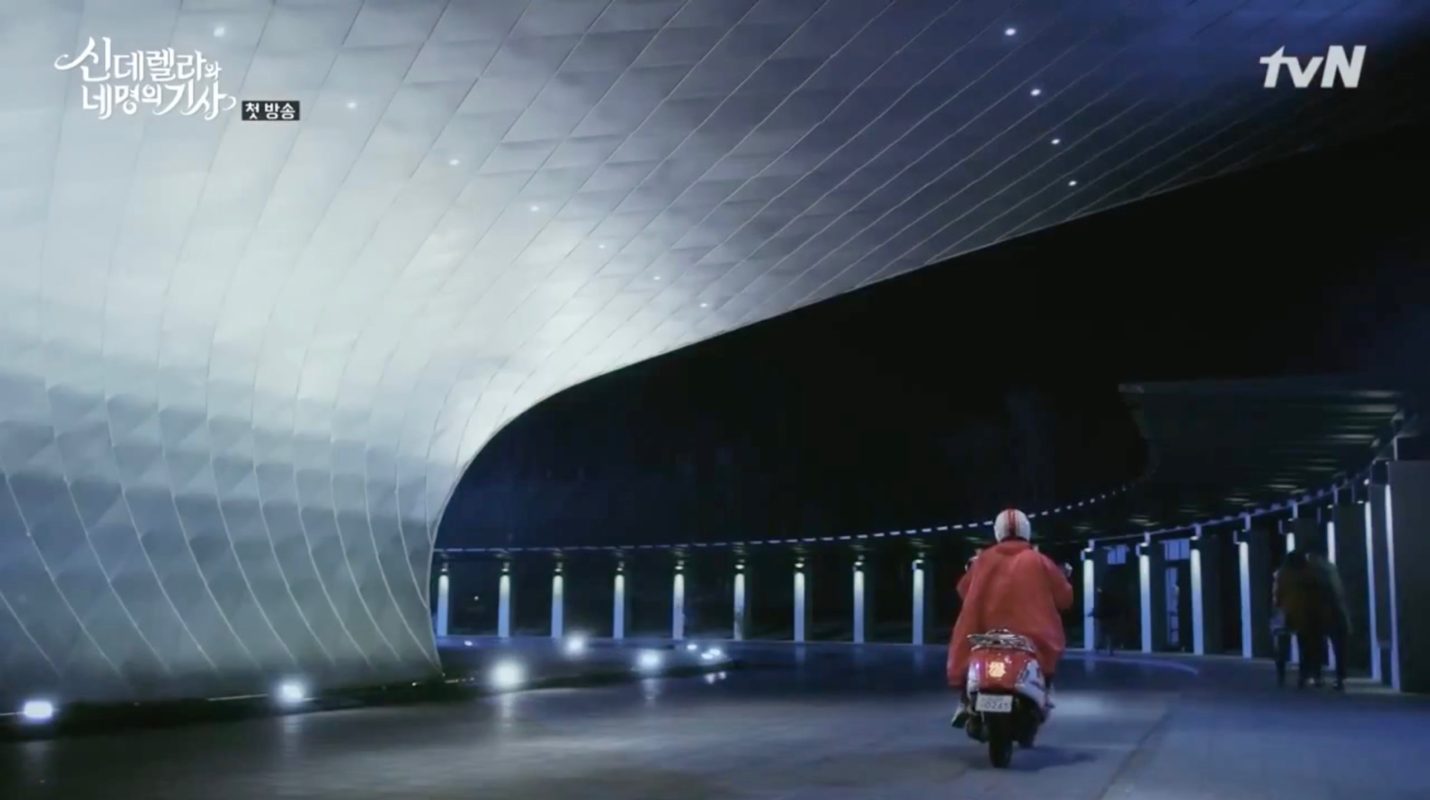 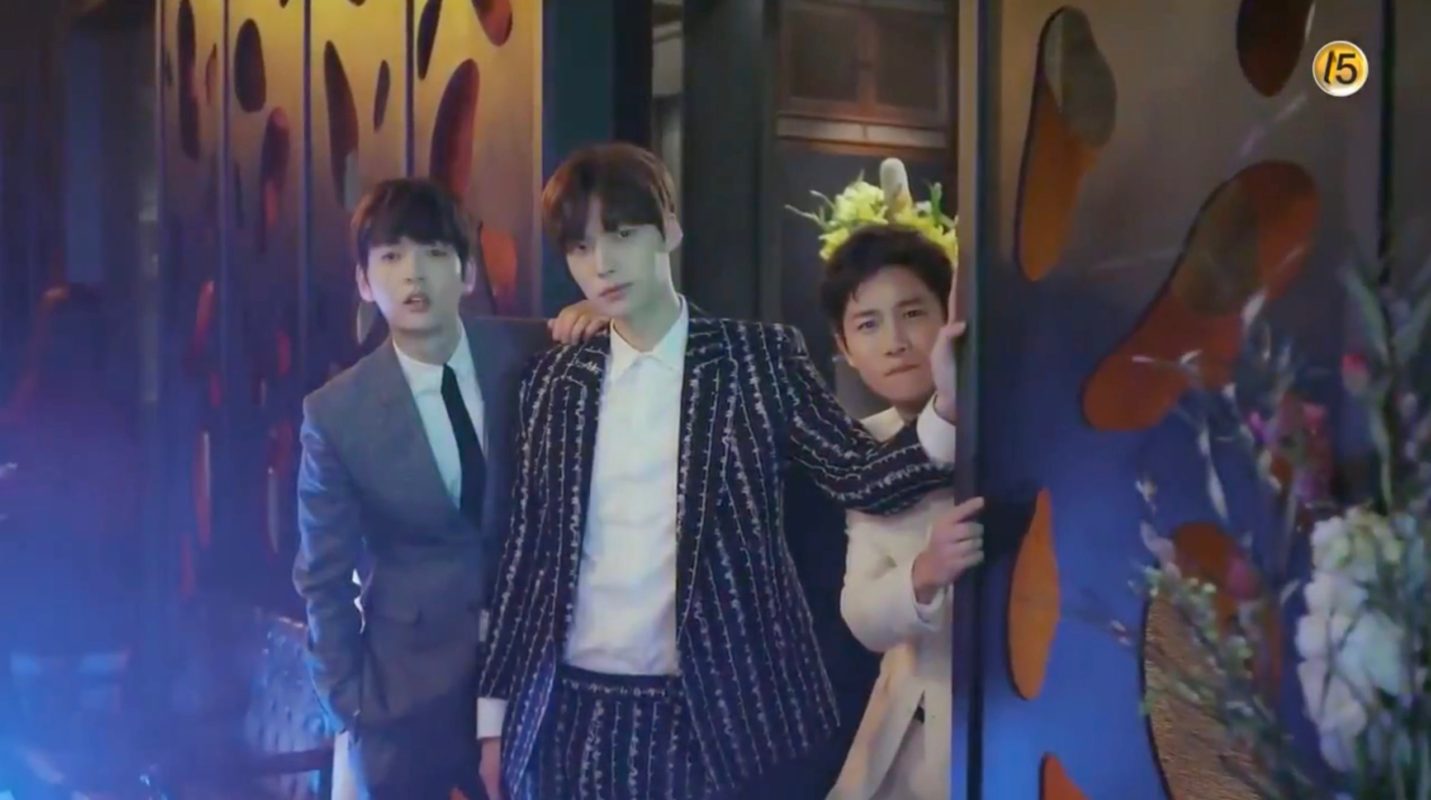 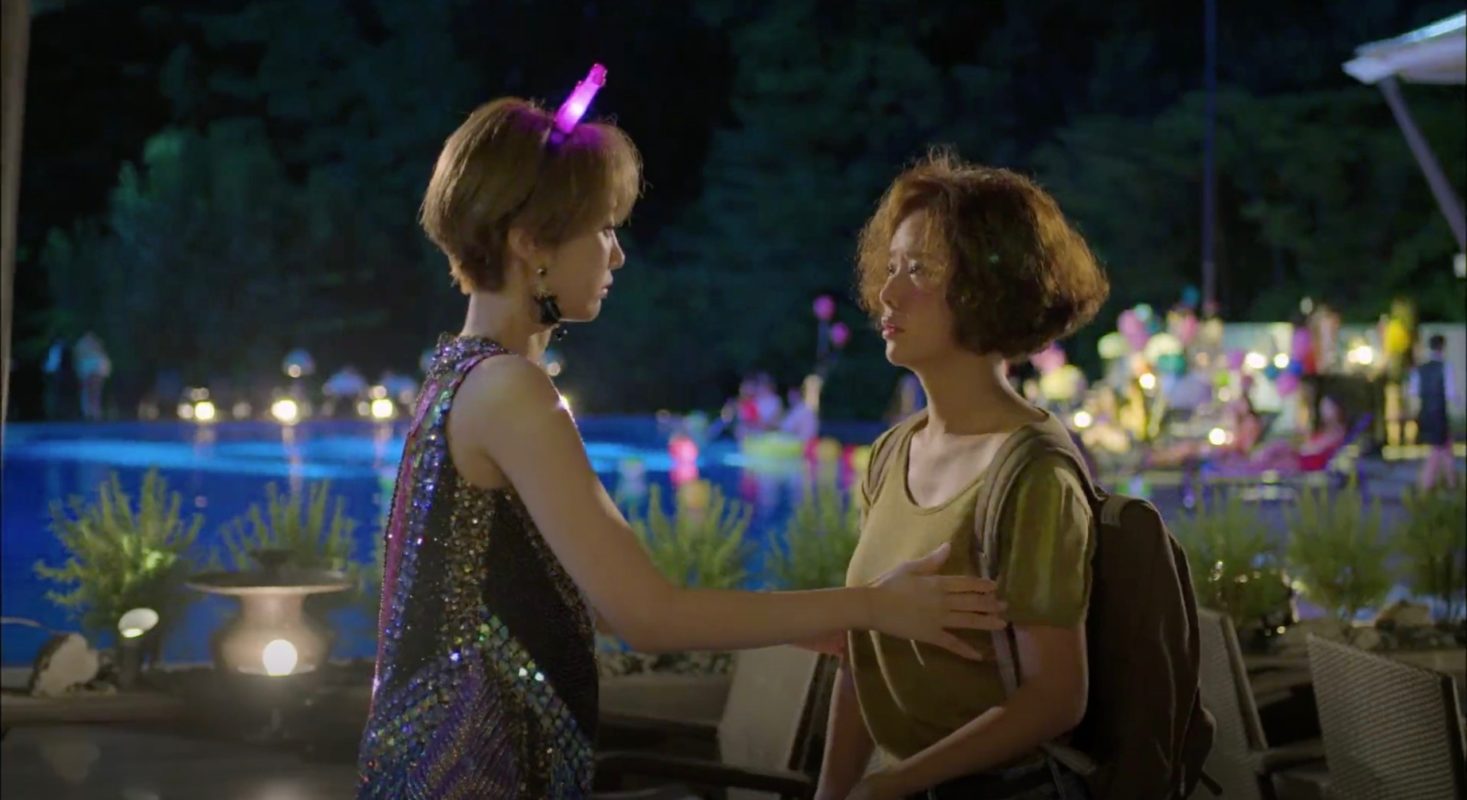 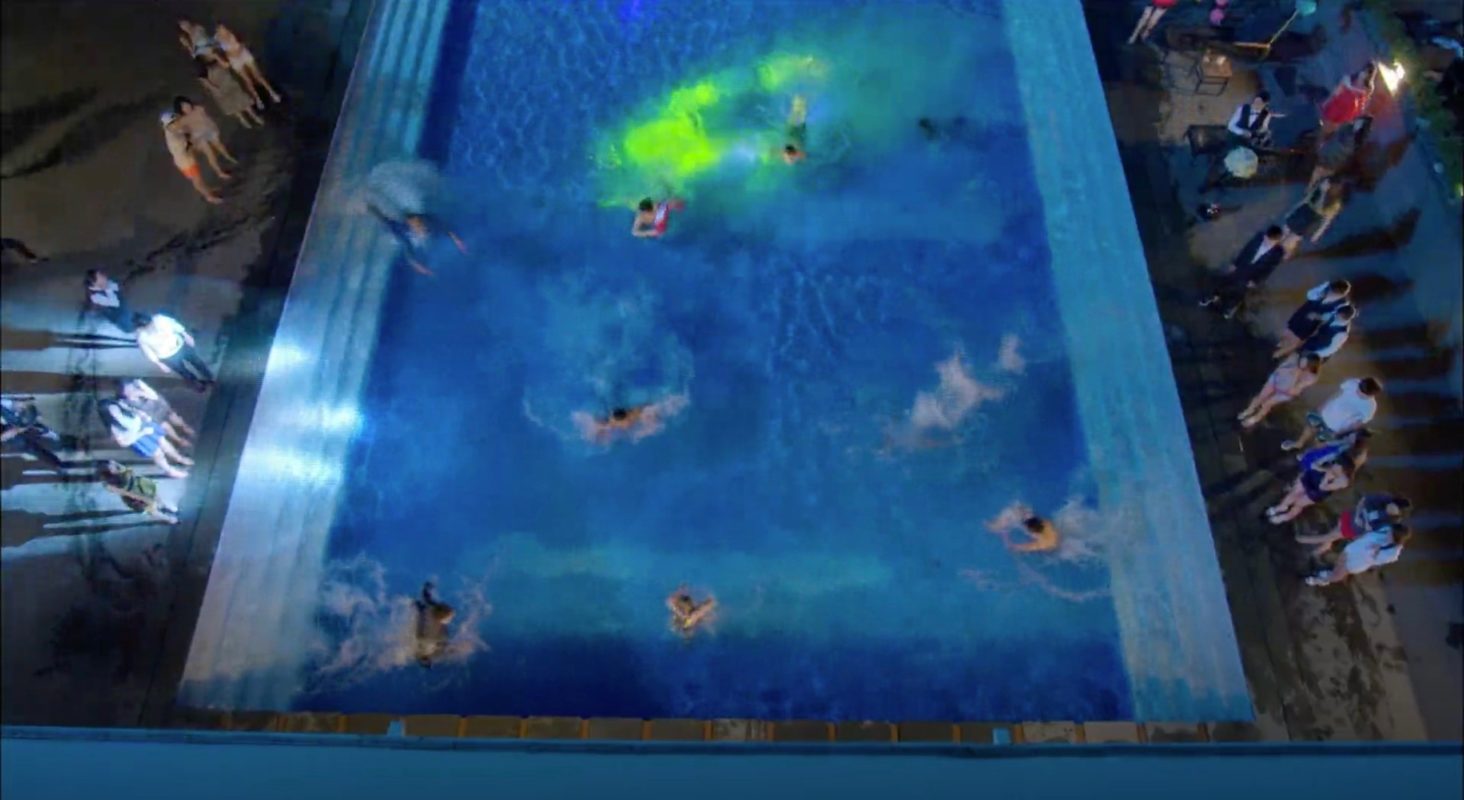 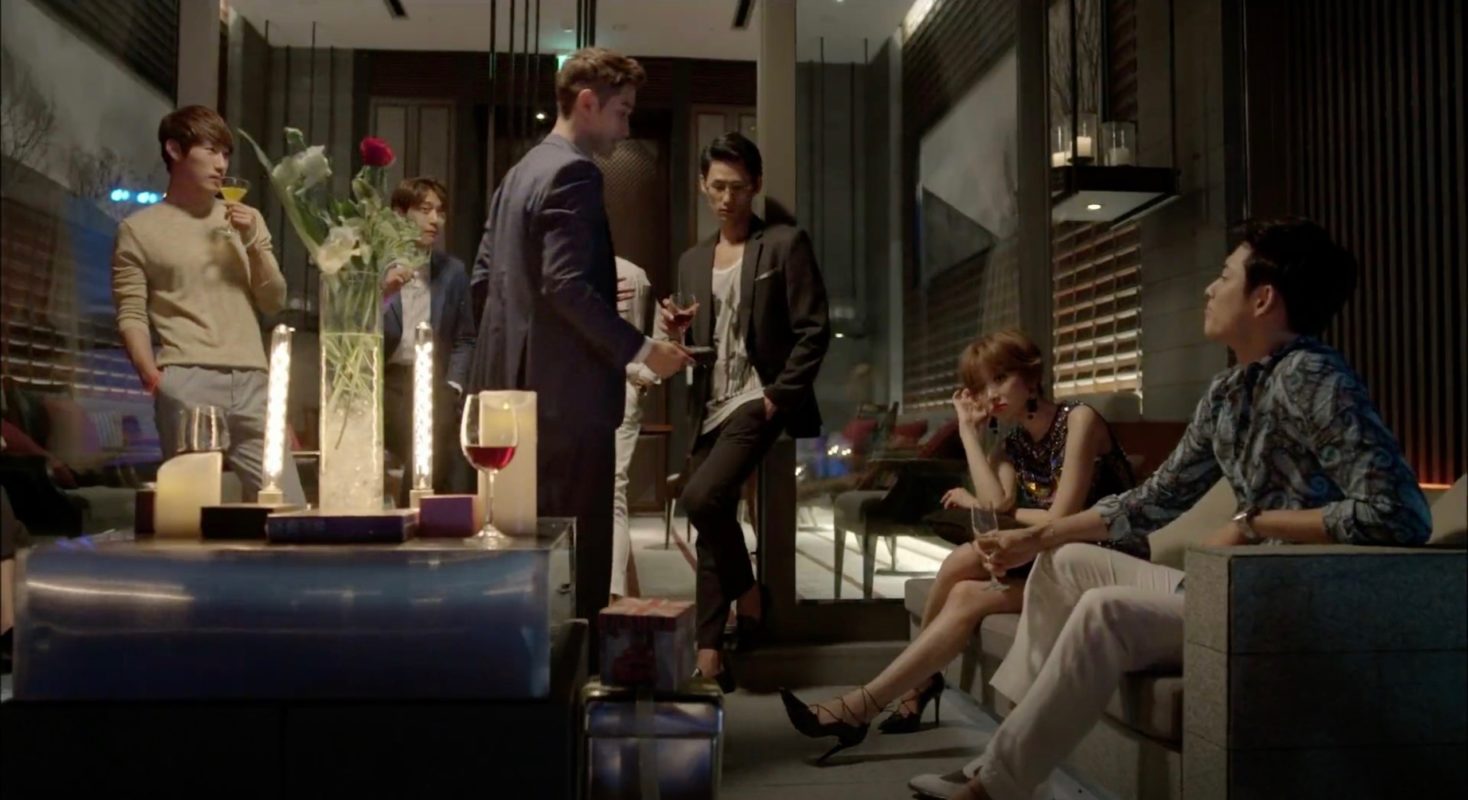 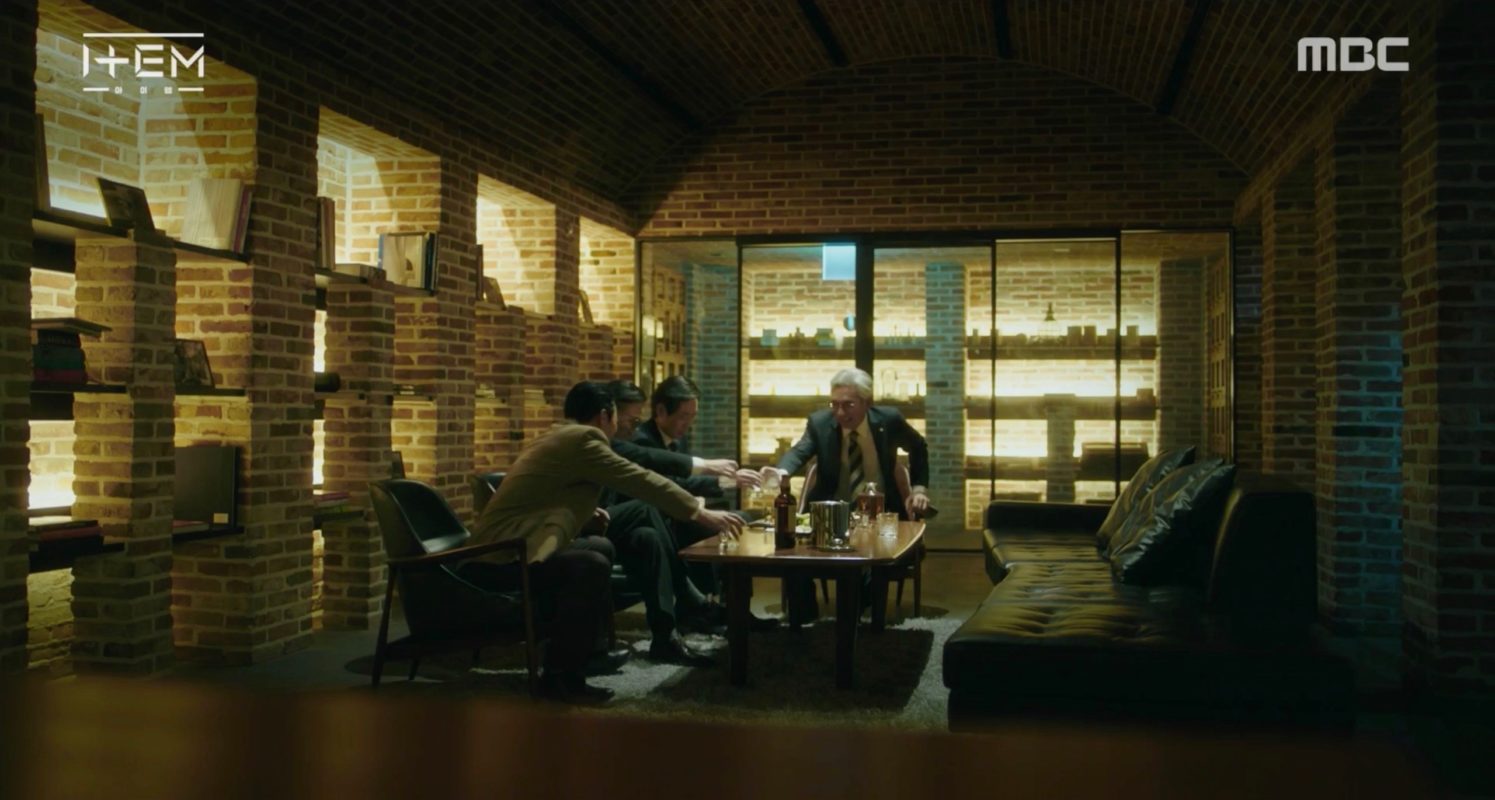 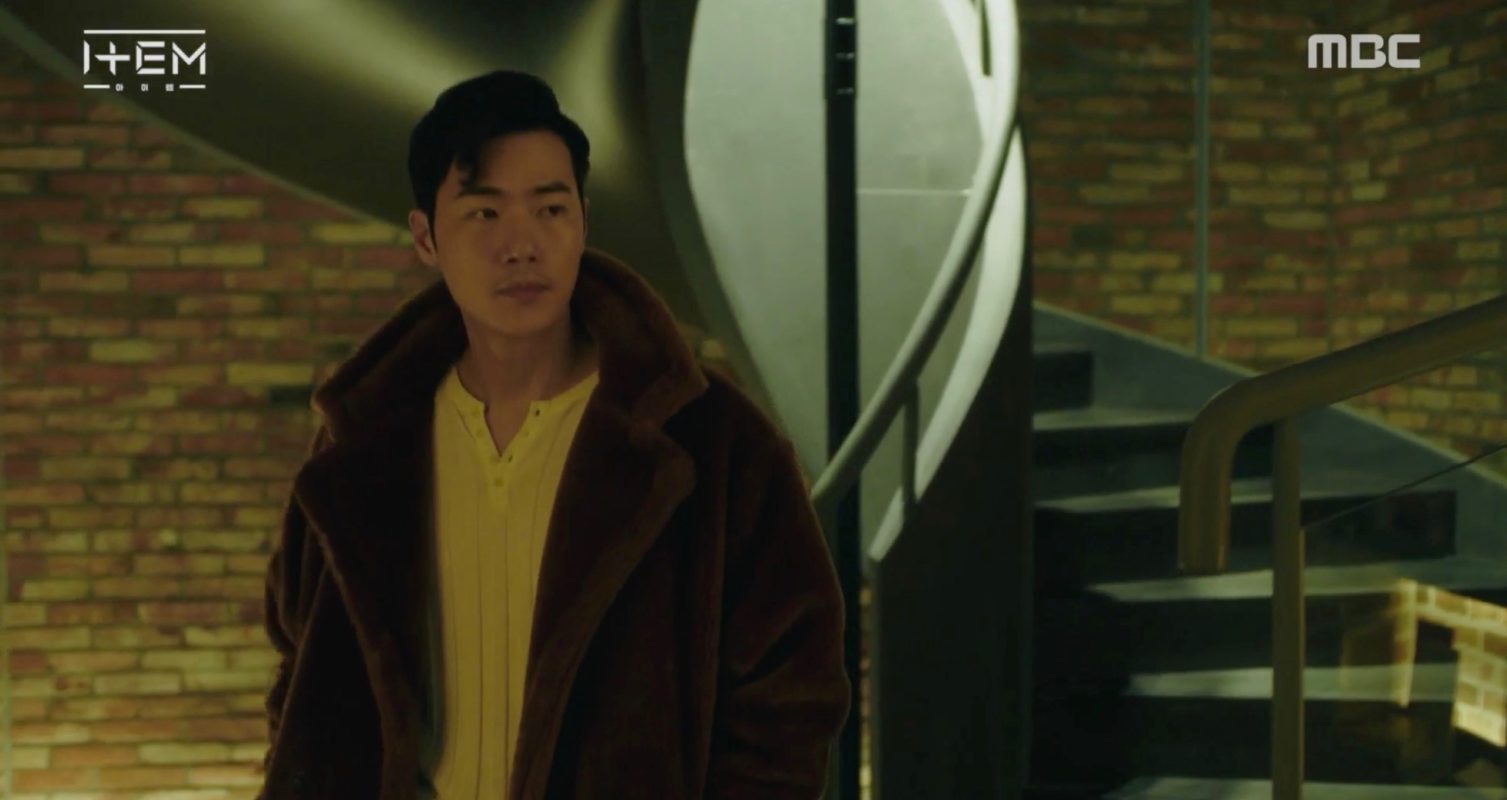 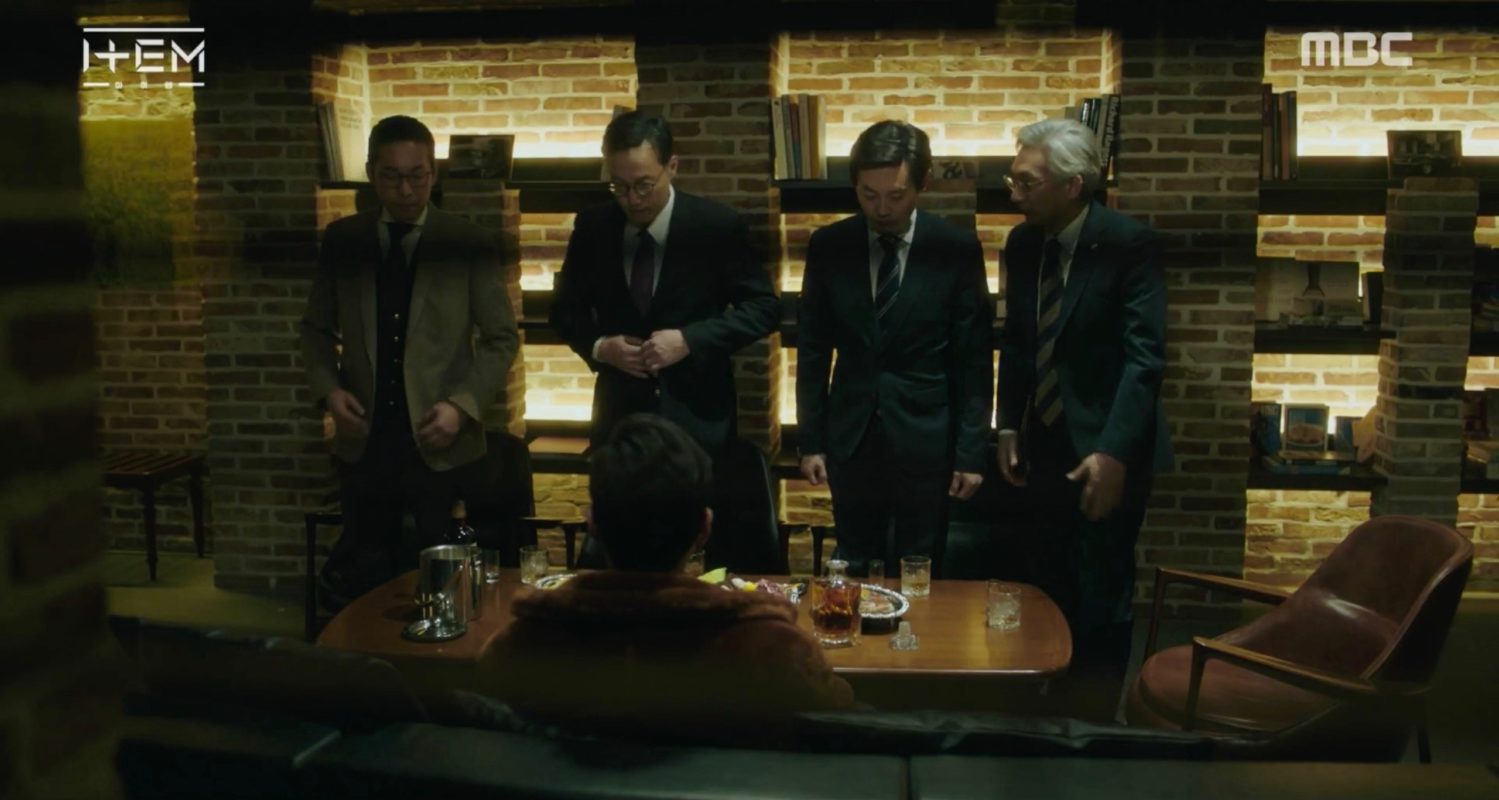 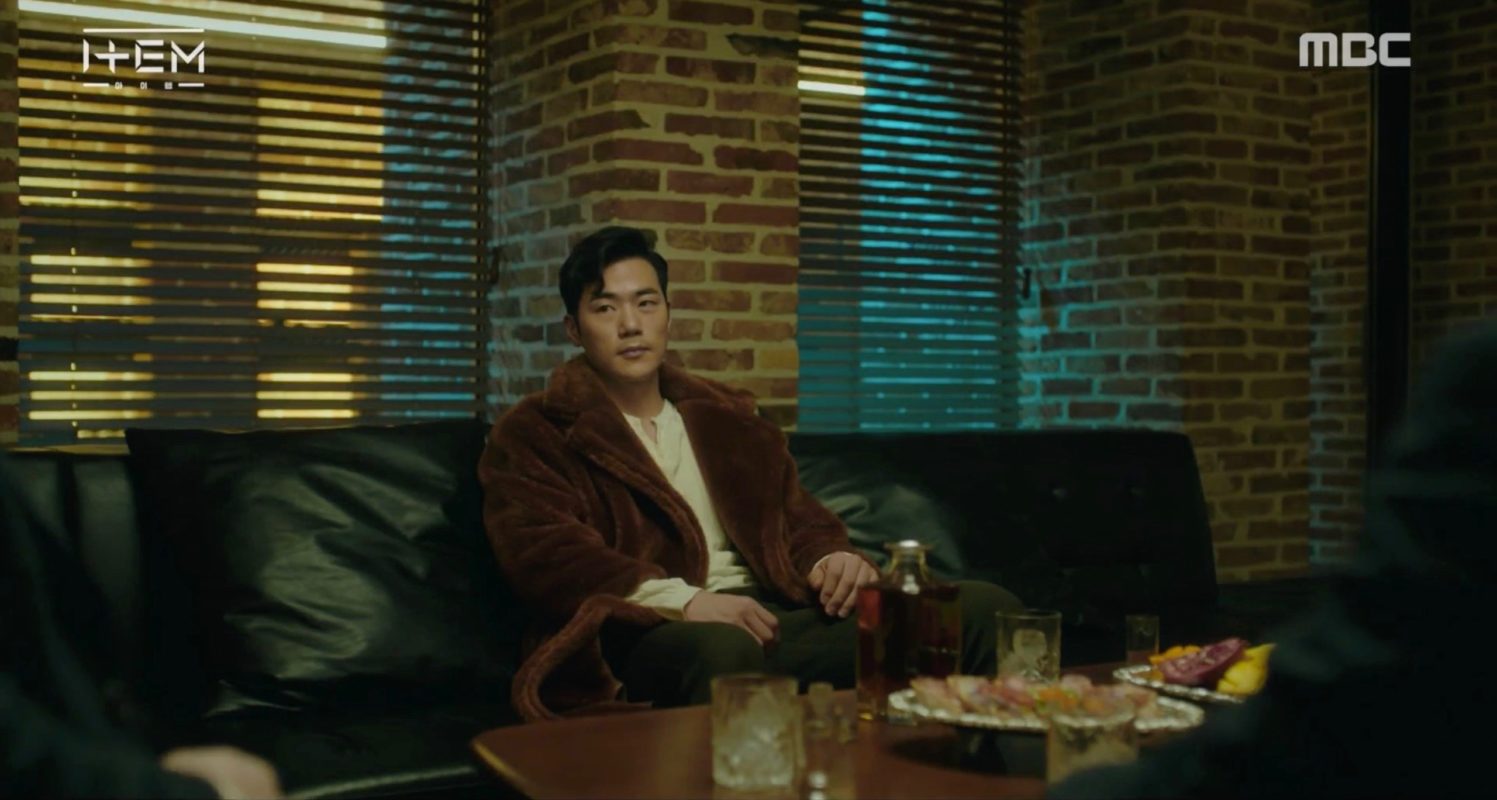 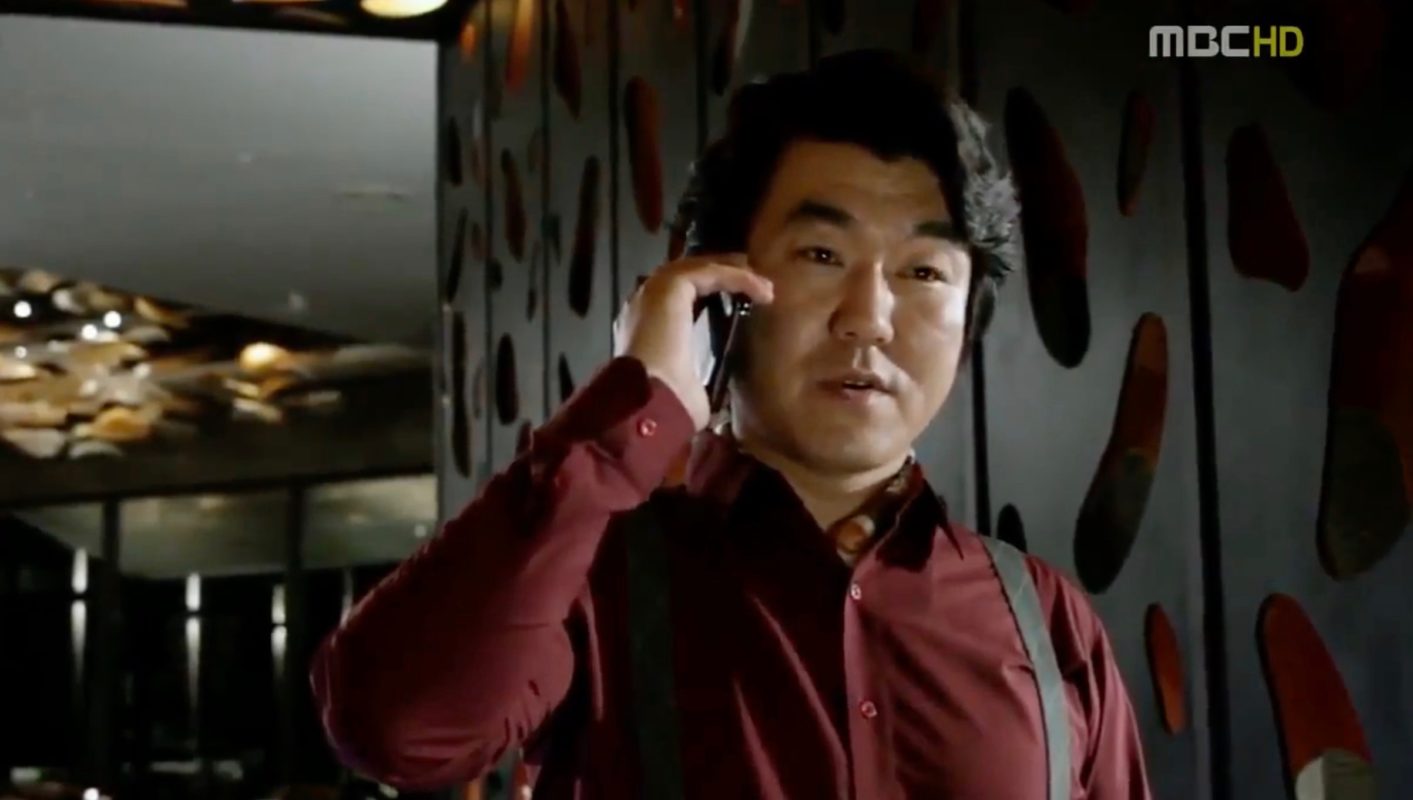 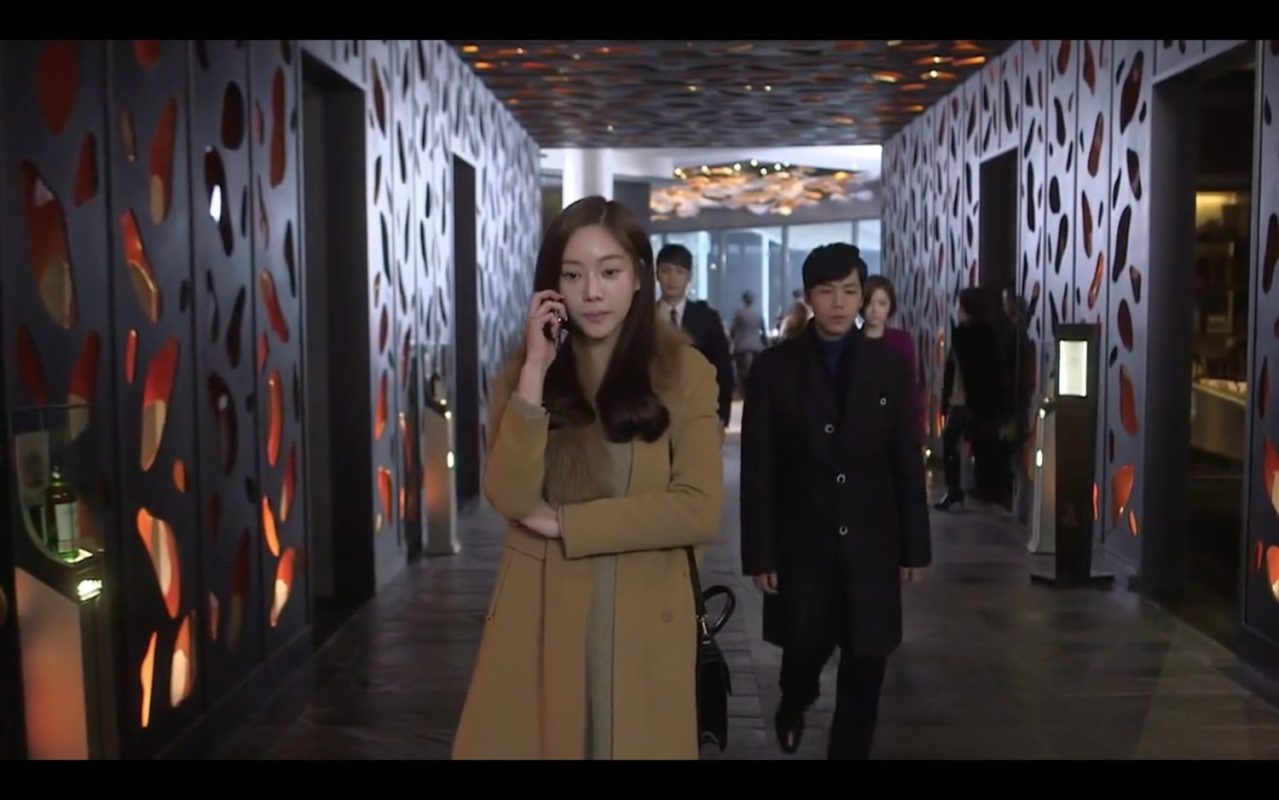 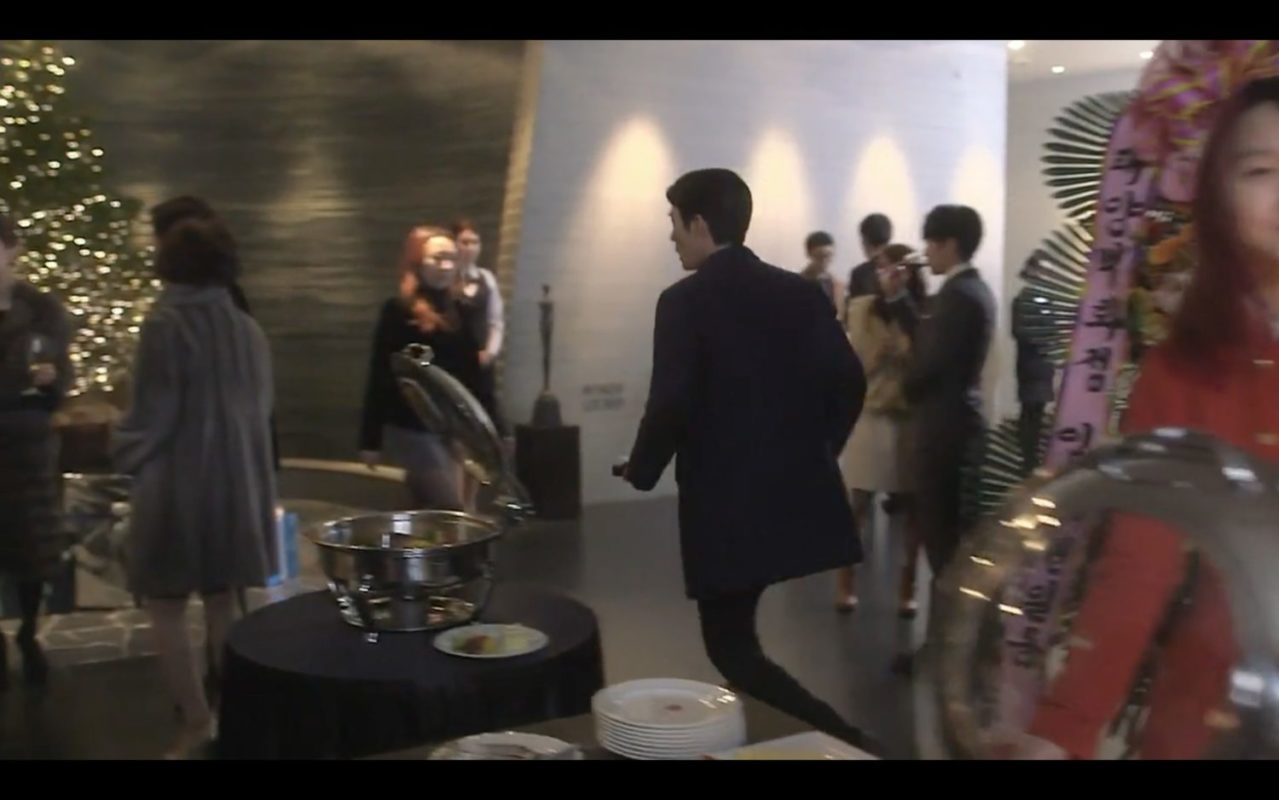 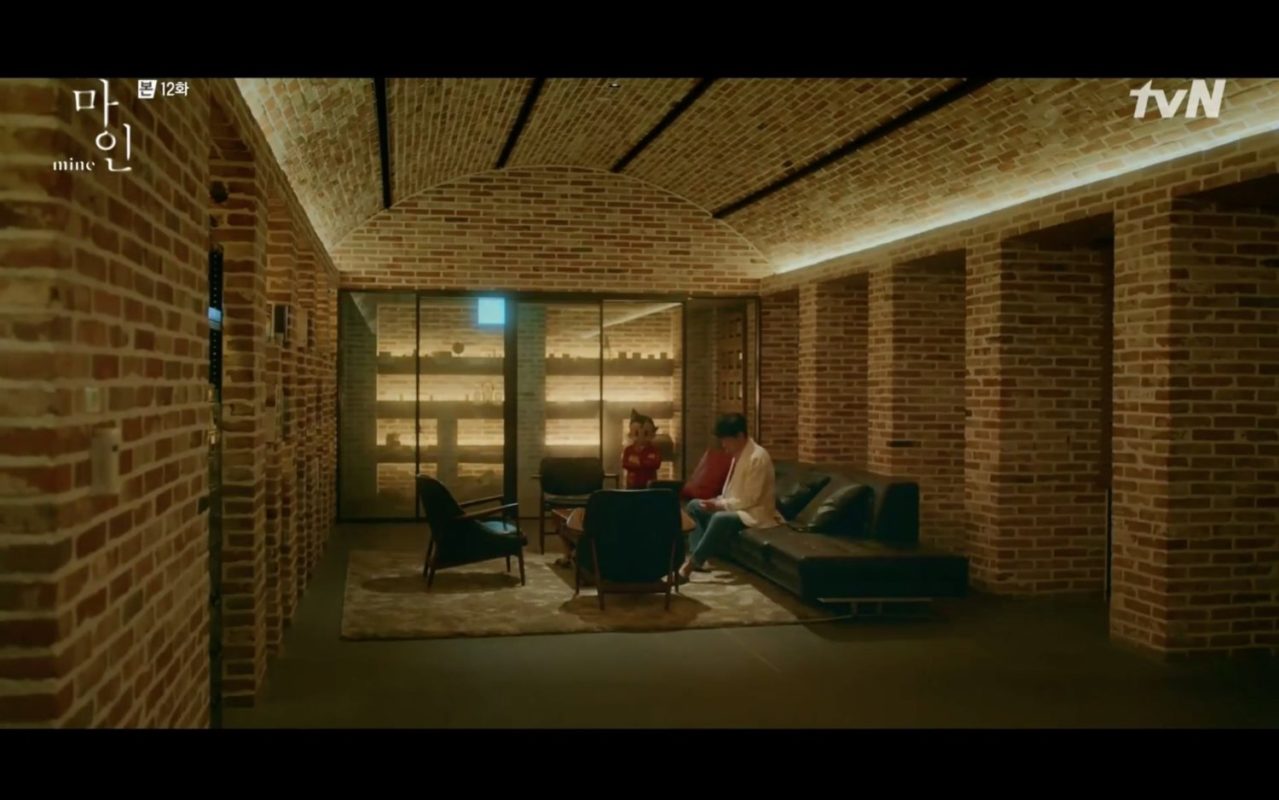 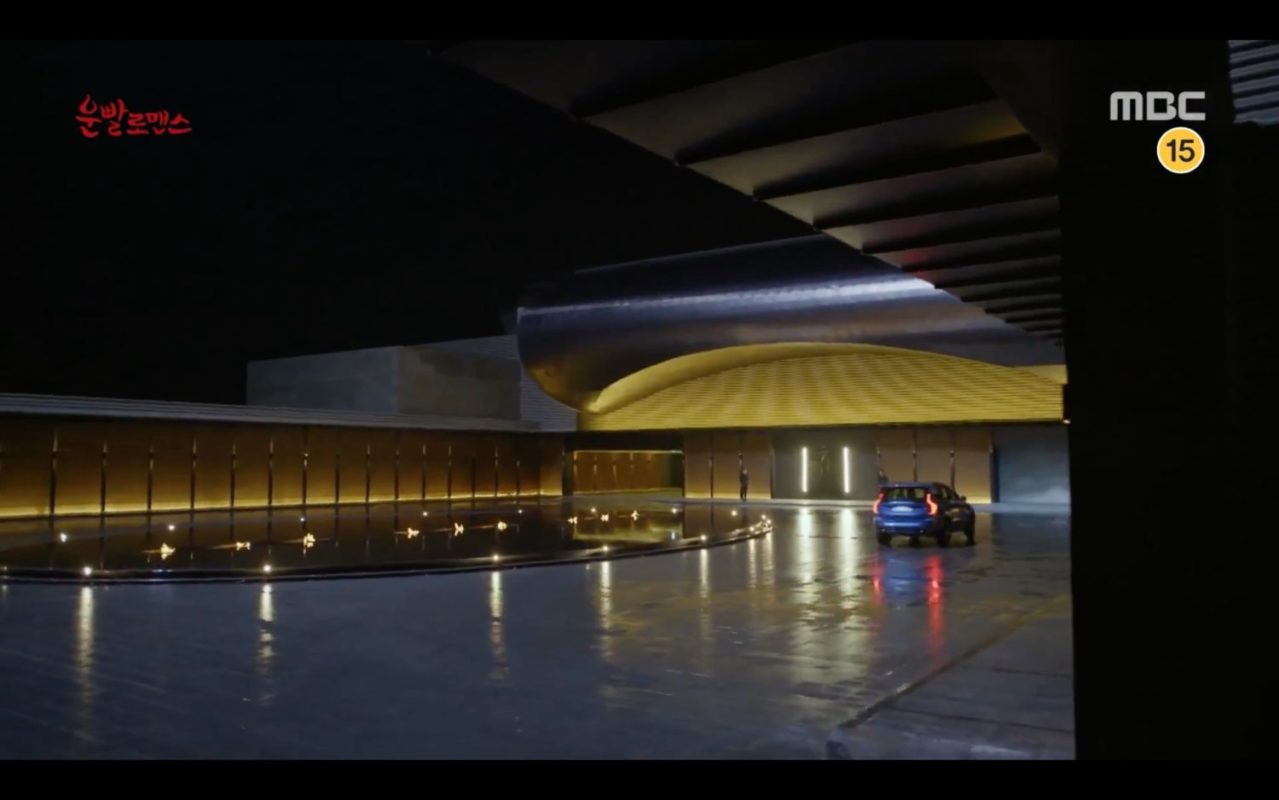 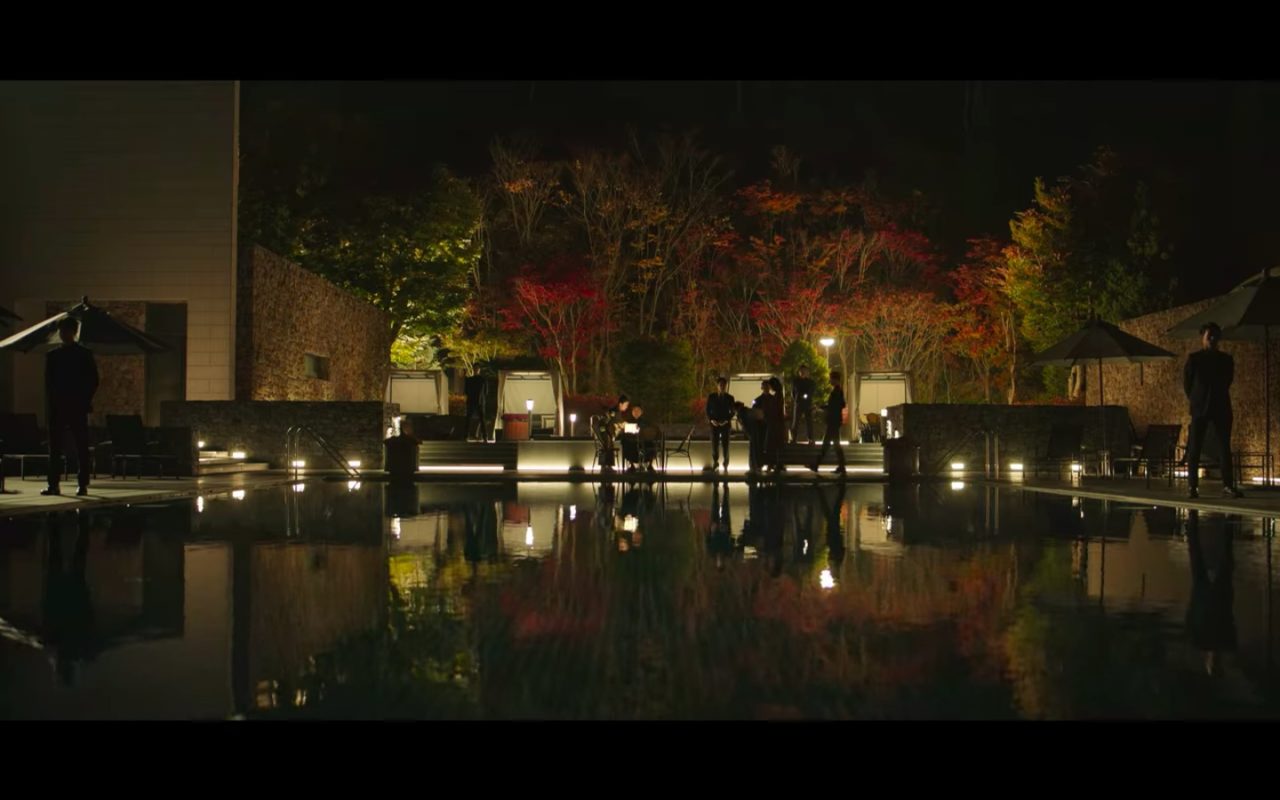 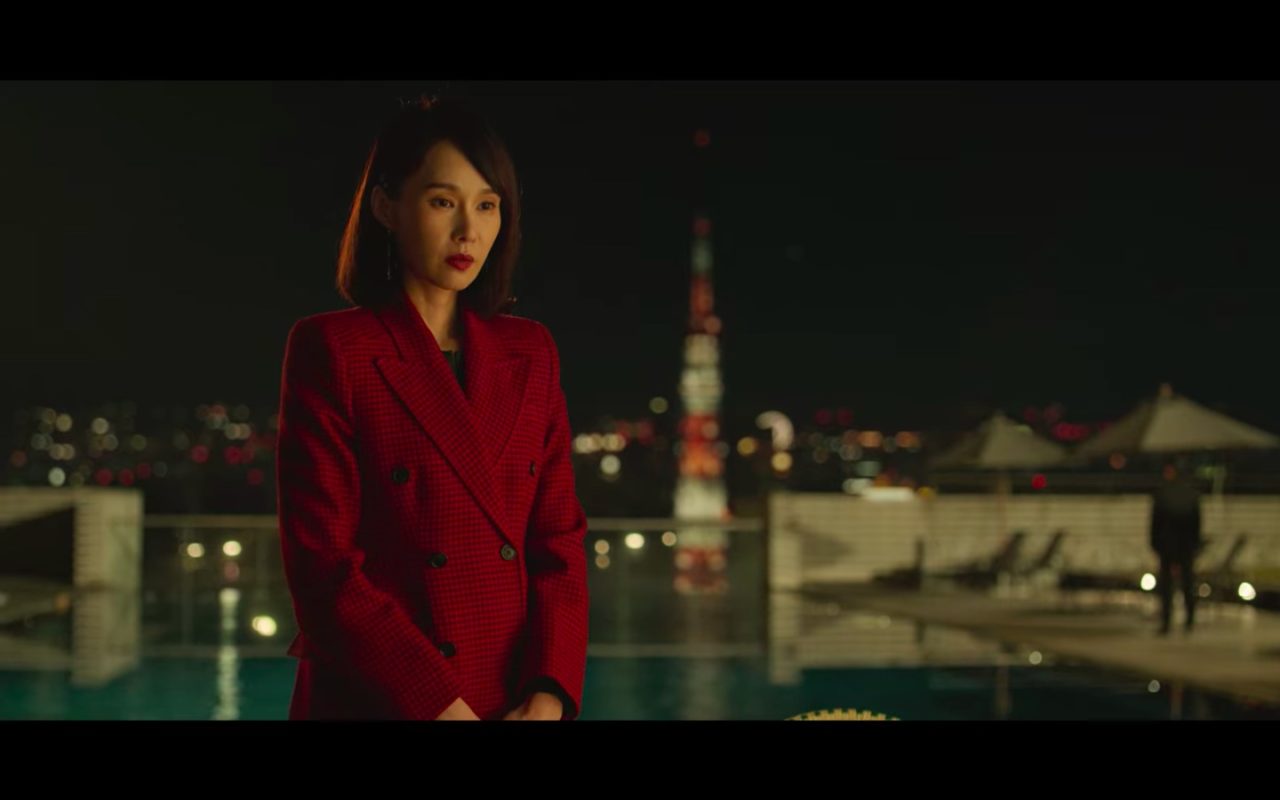 Right after arriving from his studies abroad in episode 1 of Bride of the Century (백년의 신부) (CSTV, 2014), Choi Kang-joo (Lee Hong-gi of F.T. Island) brings his fiancée Jang Yi-kyung (Yang Jin-sung) to this location for a dinner date. Little does she know that this was all planned to win a business contract with Japanese business woman for the Taeyang Group Department Store. The inauguration party of Kang-joo for officially joining the company takes place here in episodes 1-2 and this is when Yi-kyung disappears. This is also where Kang-joo and Na Doo-rim (Yang Jin-sung) unwillingly share their first kiss in episode 2 when she steps in to substitute for missing Yi-kung (unknown, of course, to Kang-joo).

Dokgo Ma-te (Jang Geun-seok) has a paid dinner date with Gwi-ji (Kim Bo-ra) at this restaurant in episode 10 of Bel Ami/Pretty Man/Pretty Boy/Beautiful Man (예쁜남자) (KBS2, 2013-14). In episode 11, Ma-te meets up here with her father, chairman Na Jin-seok (Ahn Byung-kyung) and asks him for the ownership of ‘SS Home Shopping’.

In The Heirs (왕관을 쓰려는 자, 그 무게를 견뎌라 – 상속자들) (SBS, 2013) the class comes here for a field trip and where Rachel Yoo (Kim Ji-won) stays at. This is also where the pool incident happens in episode 11.

Kang Su-yeon (Baek Joo-hee) meets a Japanese client at the pool of this location in episode 3 of My Name/Maineim (마이 네임) (Netflix, 2021), to present him with high quality meth, or ‘diamonds’.

Sa Hye-joon (Park Bo-gum) remembers in episode 2 of Record of Youth/The Moment/Youth Record (청춘기록) (tvN, 2020) how Fashion Designer Charlie Jung (Lee Seung-joon) brought him to this club to confess to him.

Kang Hyun-min (Ahn Jae-hyeon) parties at the club with two friends in episode 1 of Cinderella and Four Knights (신데렐라와 네 명의 기사) (tvN, 2016). He decides to crash his grandfather’s wedding by bringing the first random girl who enters the club – and in comes Eun Ha-won (Park So-dam) who delivers pizza here.

Shim Bo-nee (Hwang Jung-eum) and Je Soo-ho (Ryu Jun-yeol) paths’ first cross at this venue in episode 1 of Lucky Romance (운빨로맨스) (MBC, 2016) — he is here to play at the casino and she works here part-time as a waitress and cleaning lady.

Lee Young-joon (Park Seo-joon) arranged to meet Kim Mi-so (Park Min-young) here to confess his feelings for her in episode 5 of Why Secretary Kim/What’s Wrong With Secretary Kim (김비서가 왜 그럴까) (tvN, 2018). He gets incensed when he sees Lee Sung-yeon (Lee Tae-hwan) talking to her outside the restaurant, and interrupts their conversation. Later, Young-joon tells Mi-so to cancel the book concert, and she gets upset when he tells her that he doesn’t need to explain everything to her.

The boyfriend of Kim Hye-jin’s (Hwang Jung-eum) best friend Min Ha-ri (Koh Joon-hee) throws a birthday party for Ha-ri at one of the four private dining rooms in episode 1 of She Was Pretty (그녀는 예뻤다) (MBC, 2015); and Hye-jin is treated as a misfit.

It is at this club that some powerful lawyers toast to their success in the Hwawon’s case in episode 1 of Item (아이템) (MBC, 2019). But Jo Se-hwang (Kim Kang-woo) joining them makes their joyful evening take a turn.

The Ananti Club Seoul [아난티클럽서울], formerly The Ritz Carlton Country Club [리츠칼튼CC], is a country club with a golf course and clubhouse facilities. It is located in Gapyeong’s township Seorak [Seorak-myeon/설악면] .

Though not located in Seoul itself, the club’s name was changed to The Ananti Club Seoul in 2011.  At the time, the club’s management decided to “completely rebuild and redevelop its courses and clubhouse in order to reflect the city’s latest lifestyles”, as e-architect writer David McManus explains, and to leave the behind classical European clubhouse style it previously adopted before. The renovation was carried out by SKM Architects (SKM 철학).

In 2016, the same architect company constructed ‘The Ananti Penthouse Seoul’, which is adjacent to the Ananti Club Seoul.