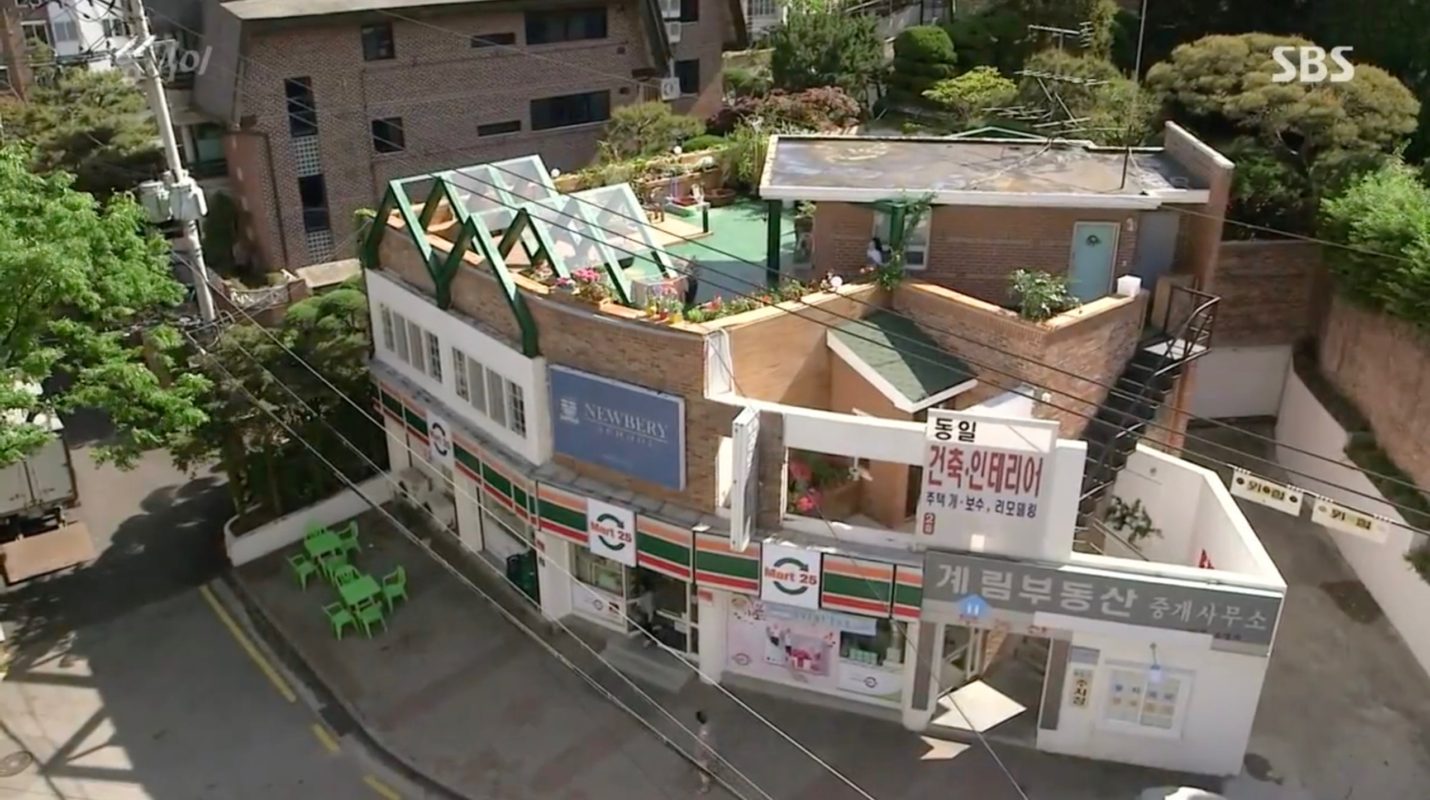 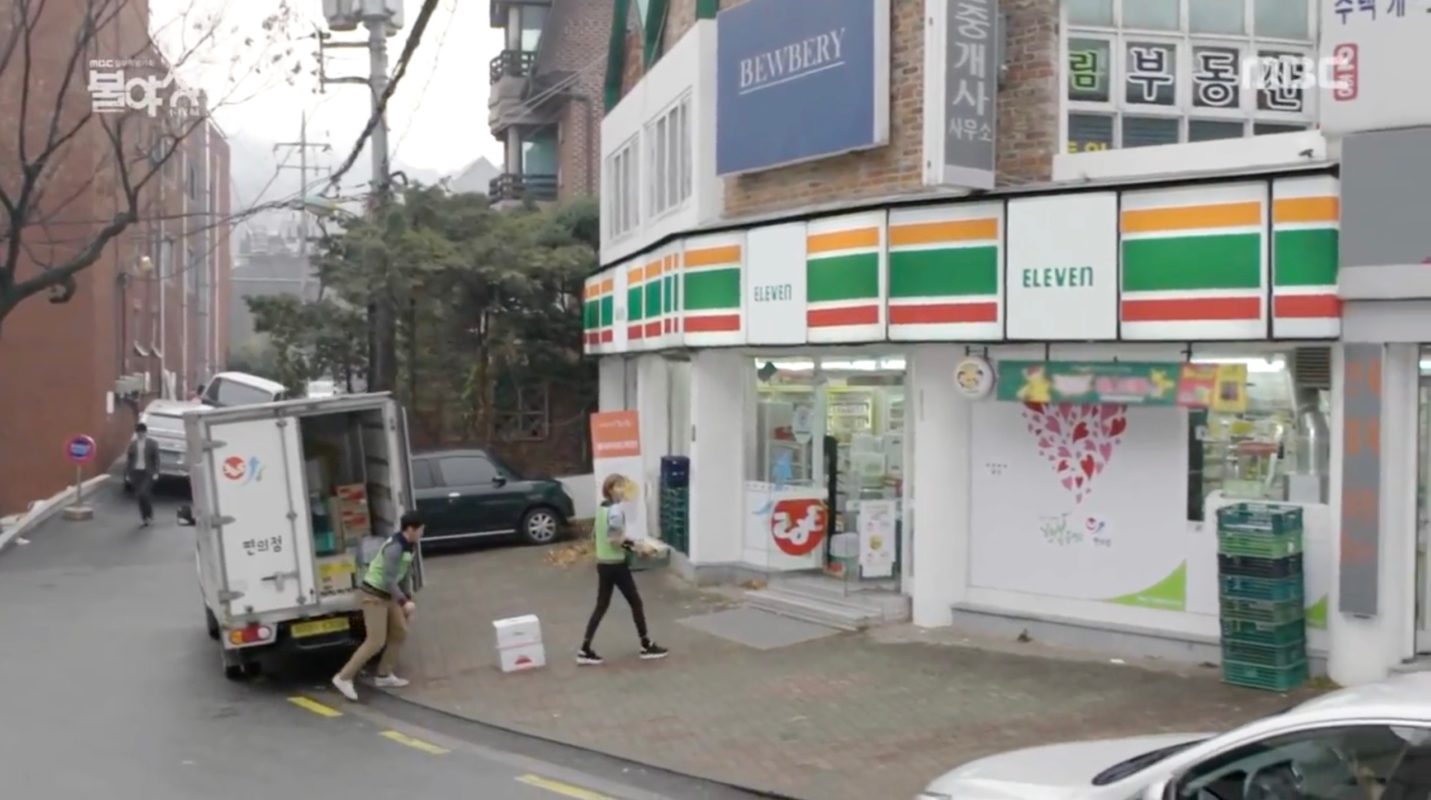 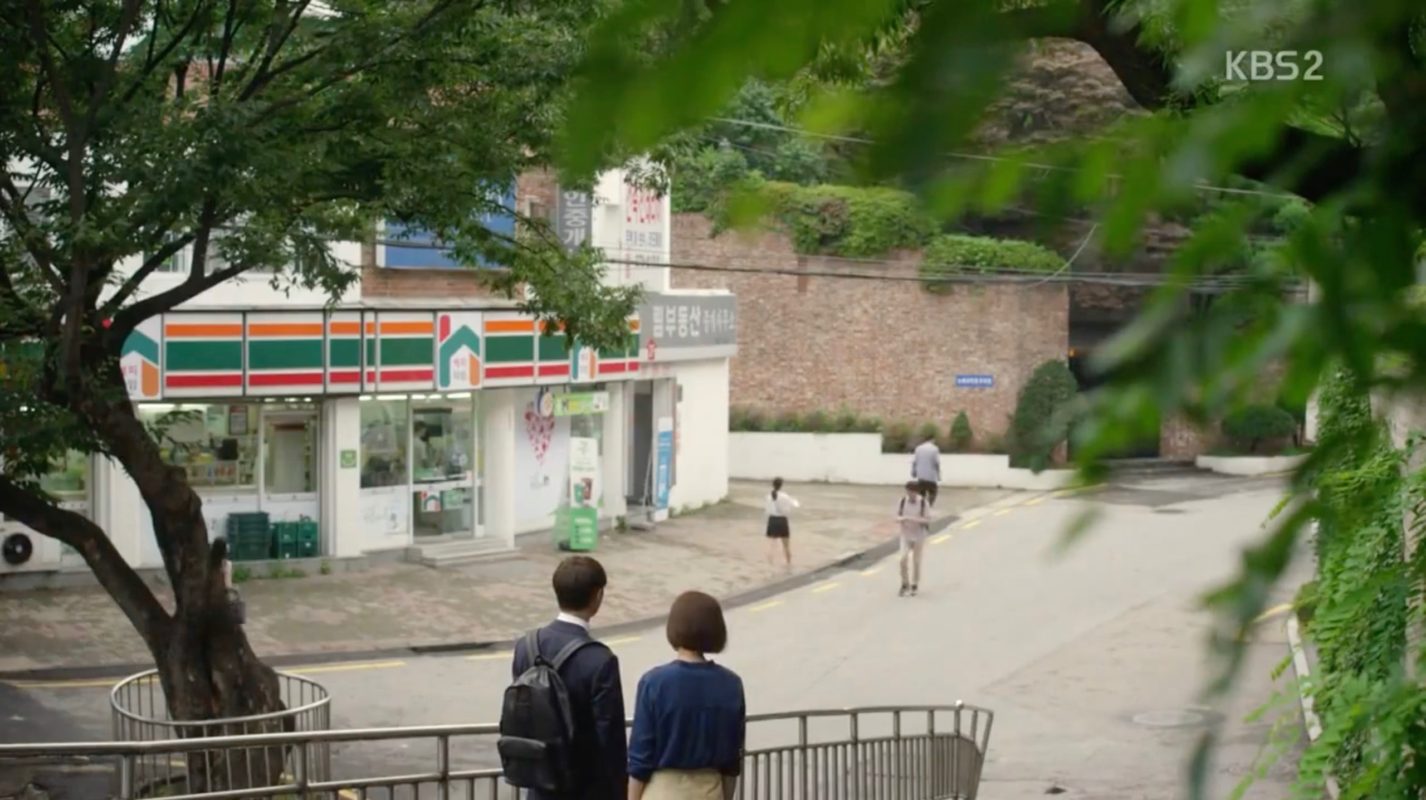 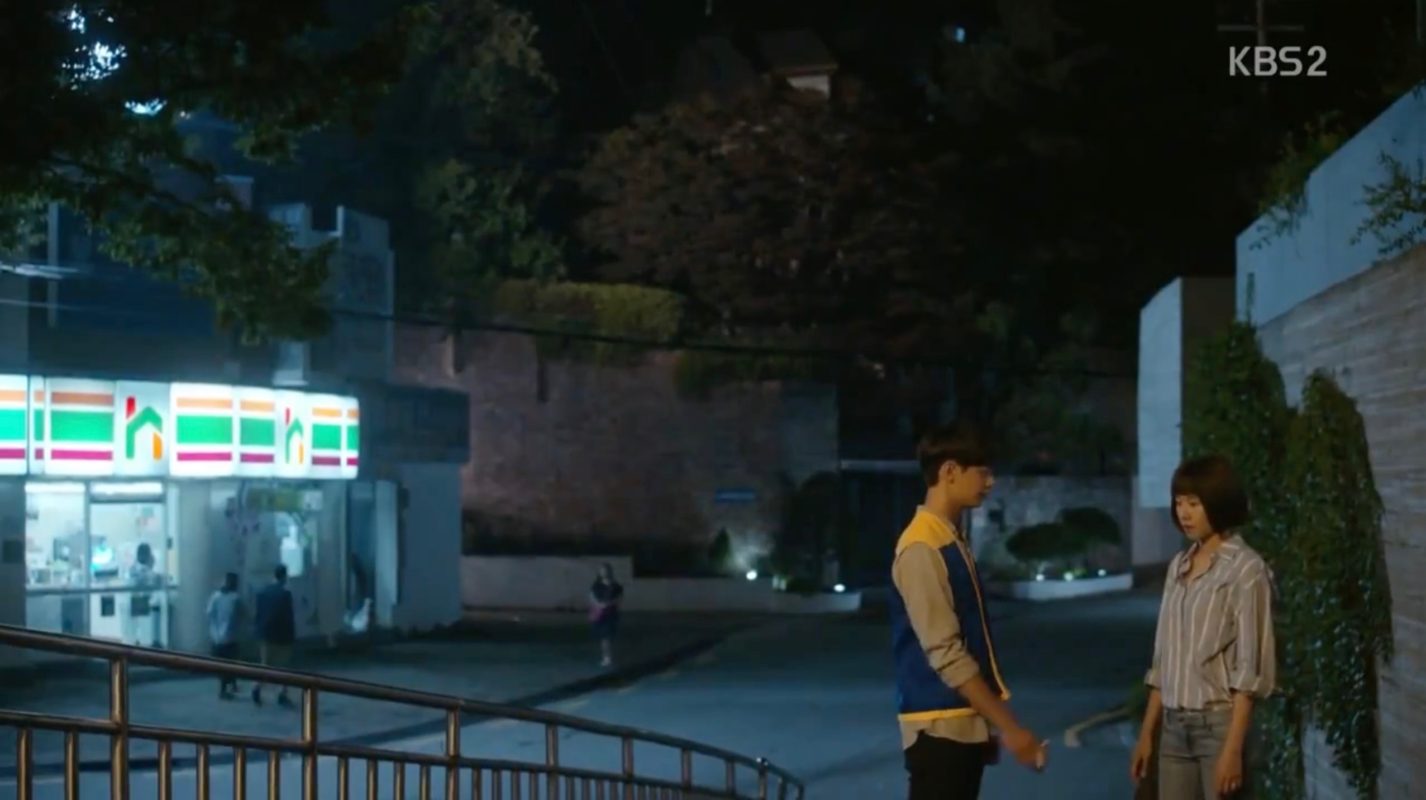 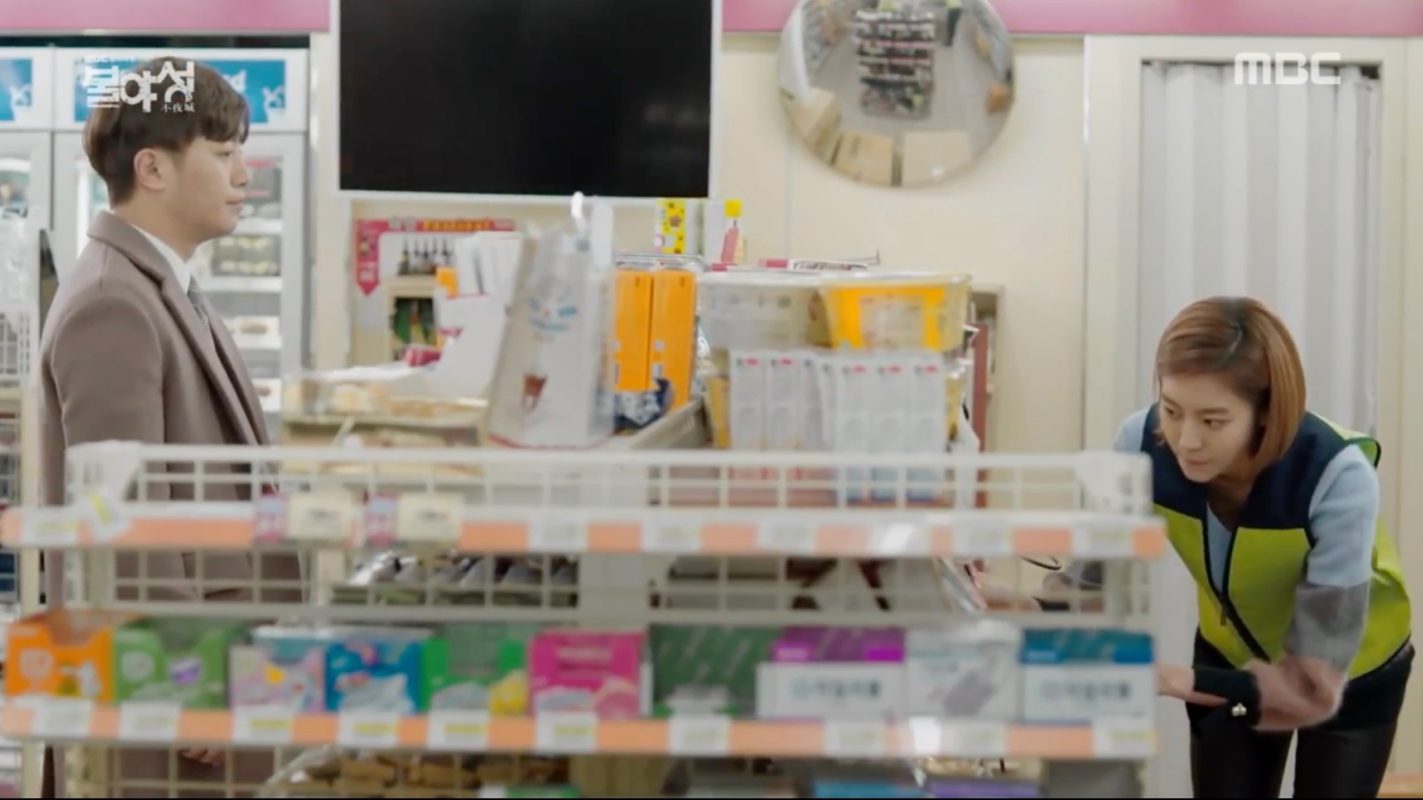 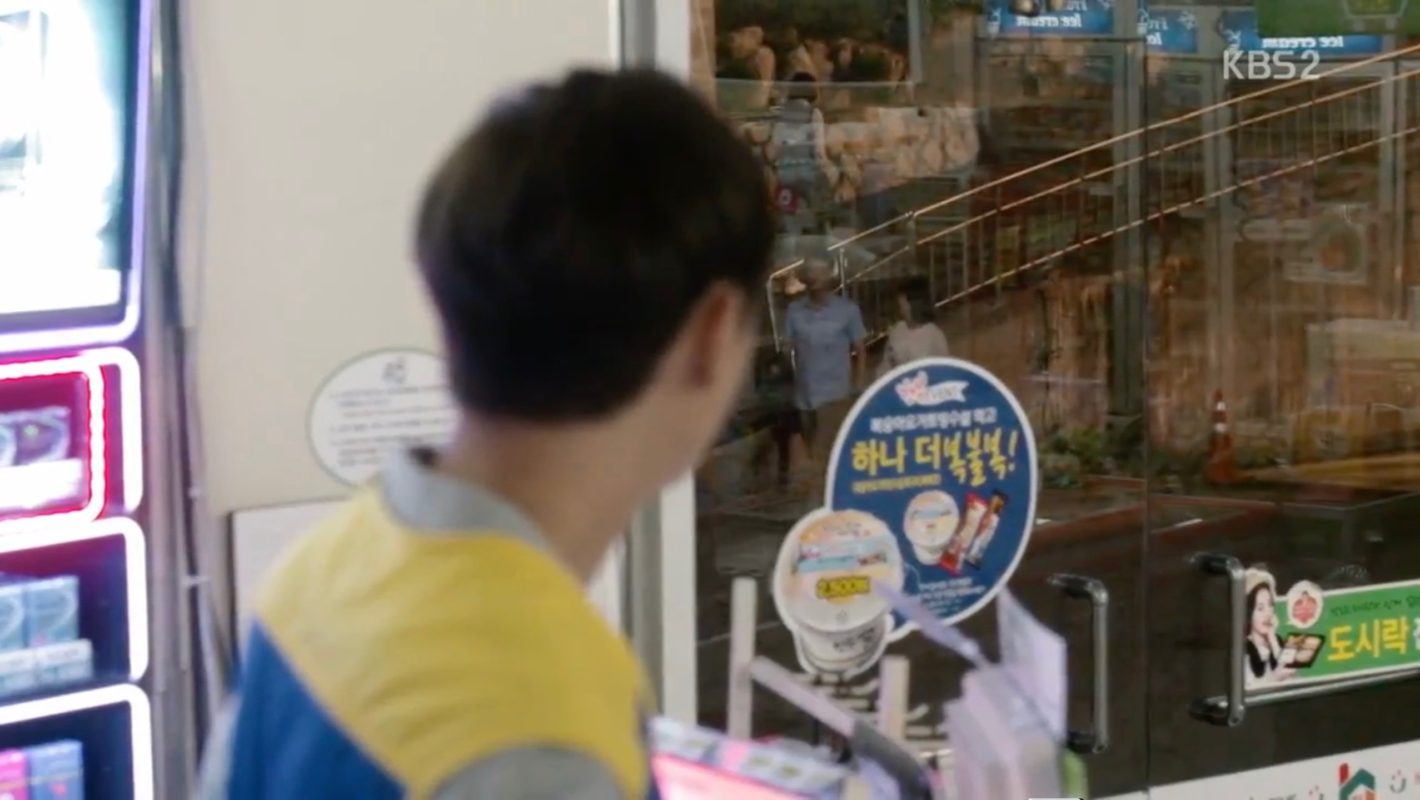 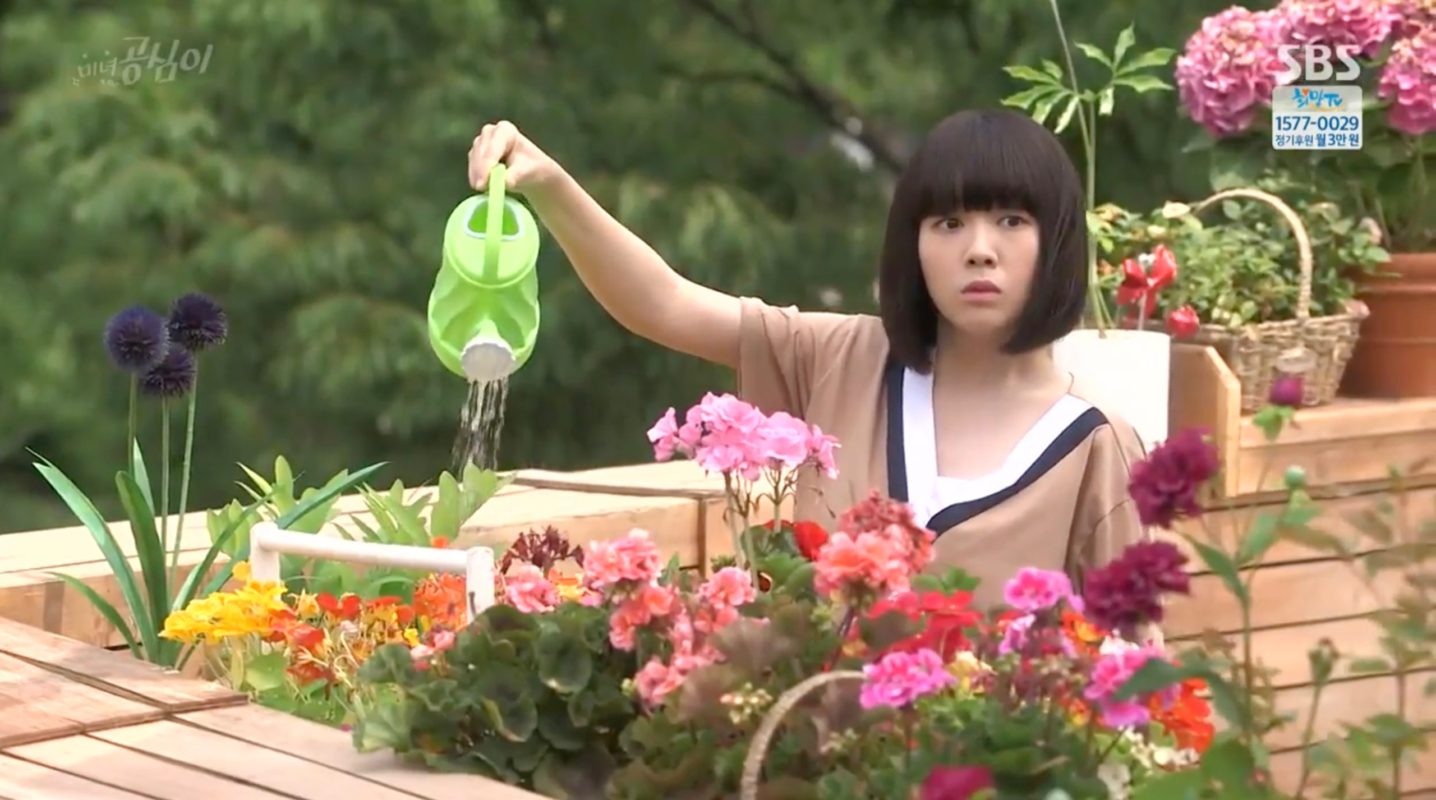 First appearing in episode 2 of Abyss (어비스) (tvN, 2019) as M! 24hour, this is where newly reincarnated Ko Se-yeon (Kim Sa-Rang) and Cha Min (Ahn Hyo-Seop of One O One) go to buy food. Se-yeon purposefully chooses recently expired food in order to blackmail the clerk into giving them to her for free. It becomes a regular meet-up spot for the duo throughout the series.
[SPOILER] As we learn that the Abyss reincarnates people with appearances to match their true nature, the initial moment at this convenience store between Se-yeon and the store clerk shows viewers why she was reincarnated into her former nemesis’ body and not a handsome model’s body like Min.

This is Ahn Dan-tae’s (Namgoong Min) rooftop house, which he rents from Gong Shim (Min-ah from Girl’s Day) in Beautiful Gong Shim (미녀 공심이) (SBS, 2016). Gong Shim lives with her family in the apartment underneath. Dan-tae’s main lunch supplier is the 7-Eleven located on the first floor of the building.

7-Eleven — Pyeongchang Branch [세븐일레븐 평창점] is a branch of the North American convenience store chain 7-Eleven [세븐일레븐], which opened its first branch in South Korea in 1989 with a franchise license under the Lotte Corporation [롯데 그룹].

This branch is located in Seoul’s neighborhood Pyeongchang [Pyeongchang-dong/평창동], in the Jongno District [Jongno-gu/종로구].

Katielorenowich shares with us: “Unlike other Pyeongchang-dong K-drama locations, this 7-Eleven is easy to access and doesn’t involve lurking around a rich person’s house. The unique 3-way intersection makes it a unique location for people watching or enjoying late night drinks, which is exactly what newly poor Se-yeon and Min do in Abyss!”

Getting here
Hongje Station [홍제역], Seoul Subway Line 3, Exit 1 or 2
(Prepare for quite a walk or take a taxi.)