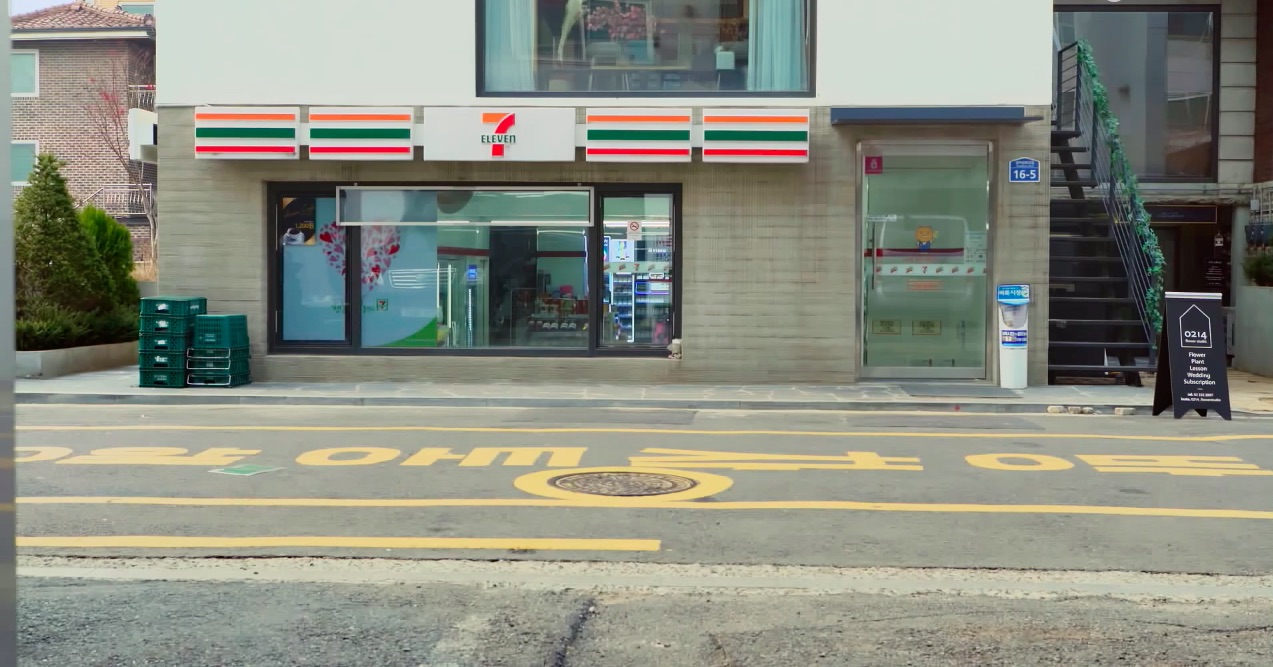 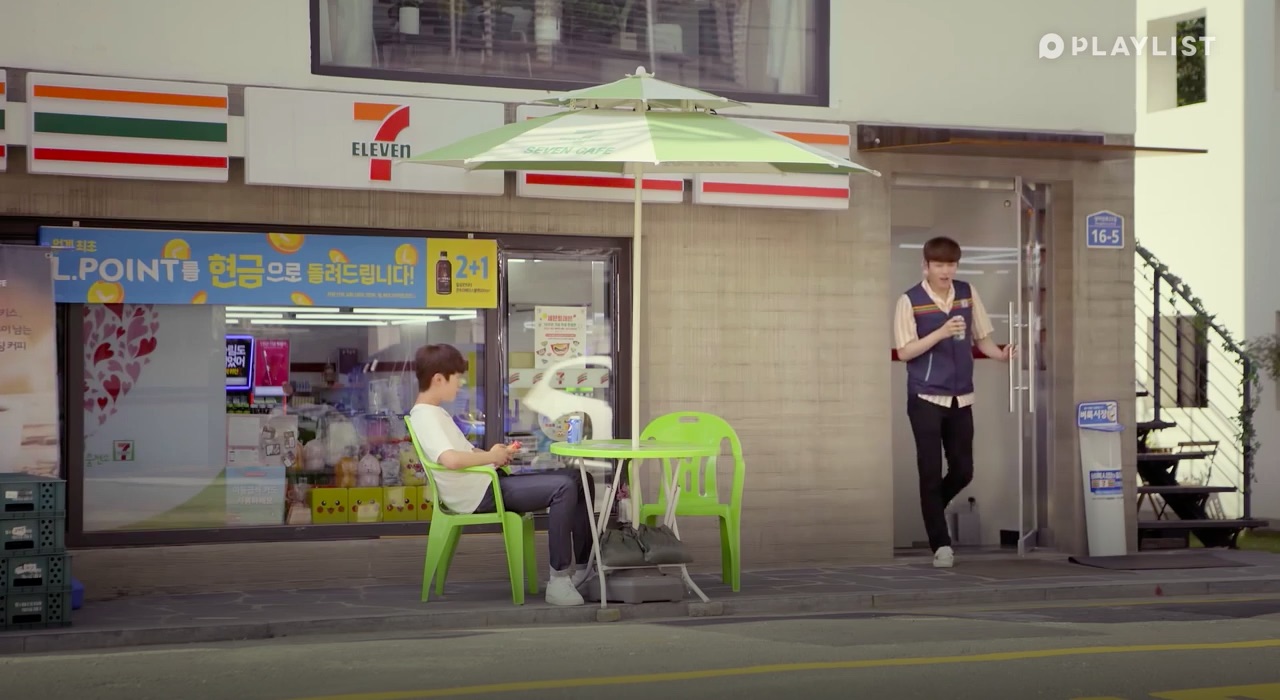 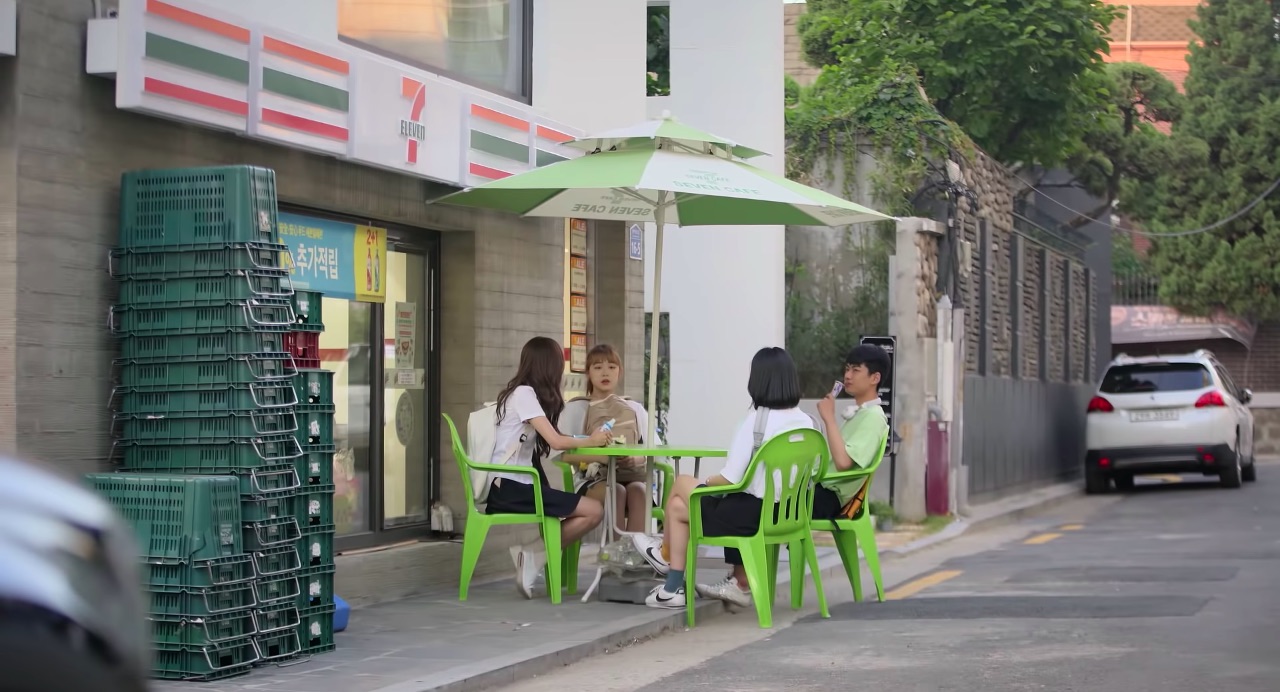 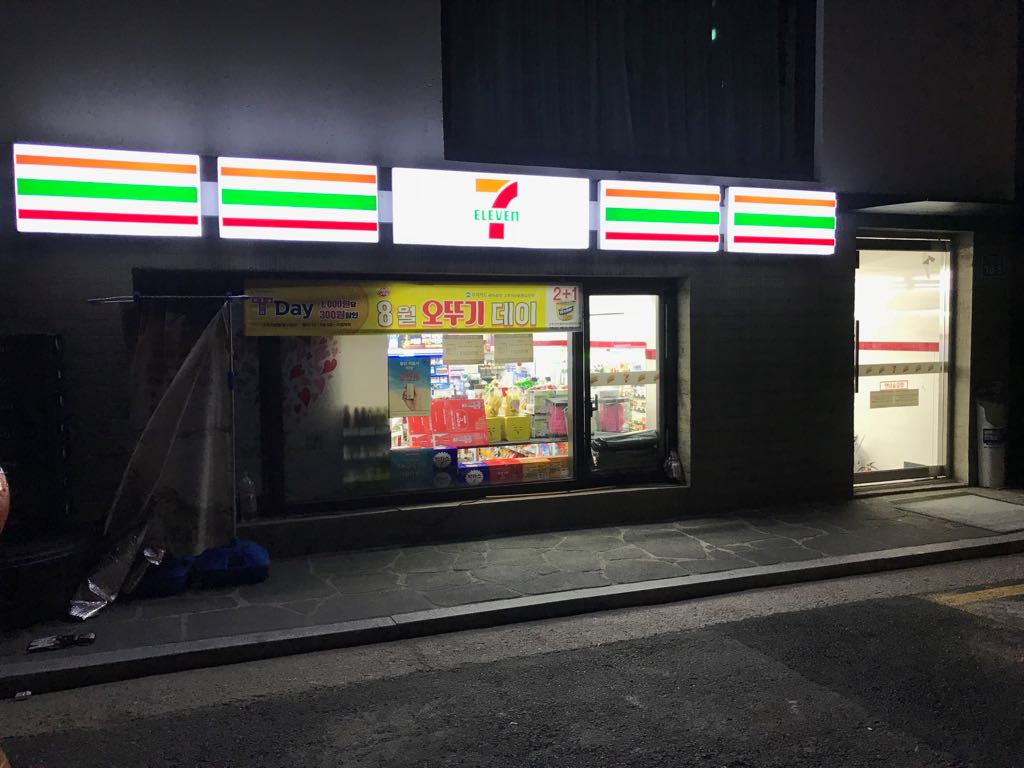 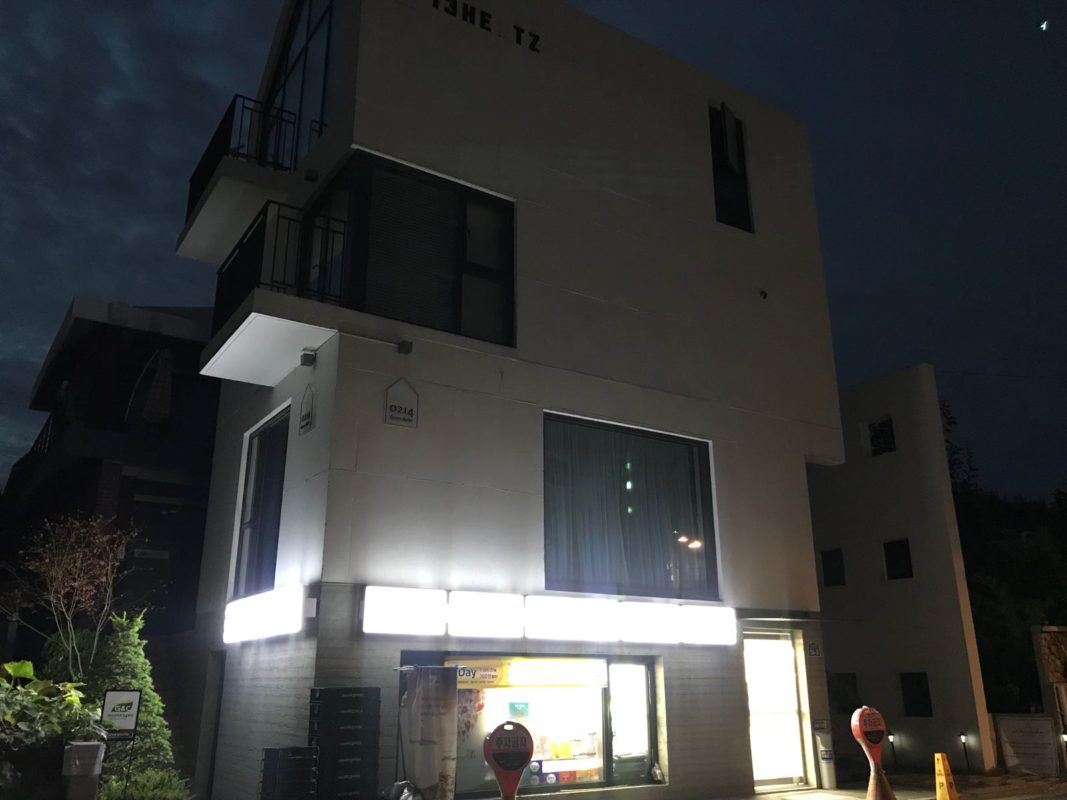 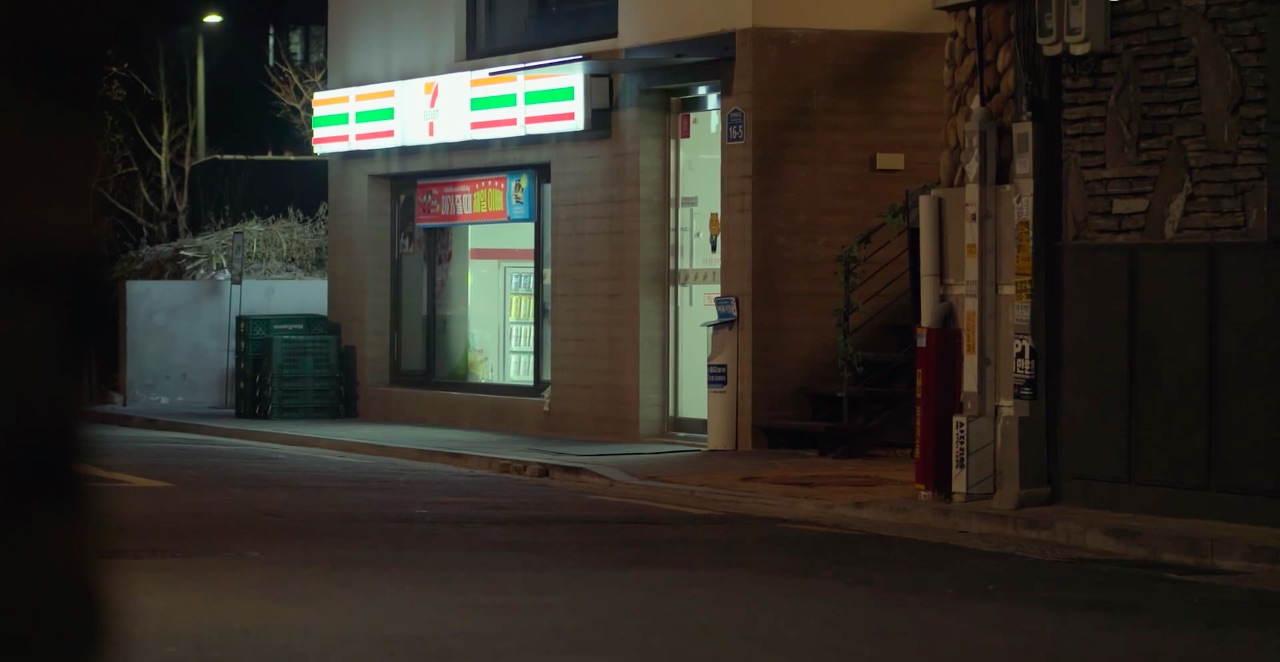 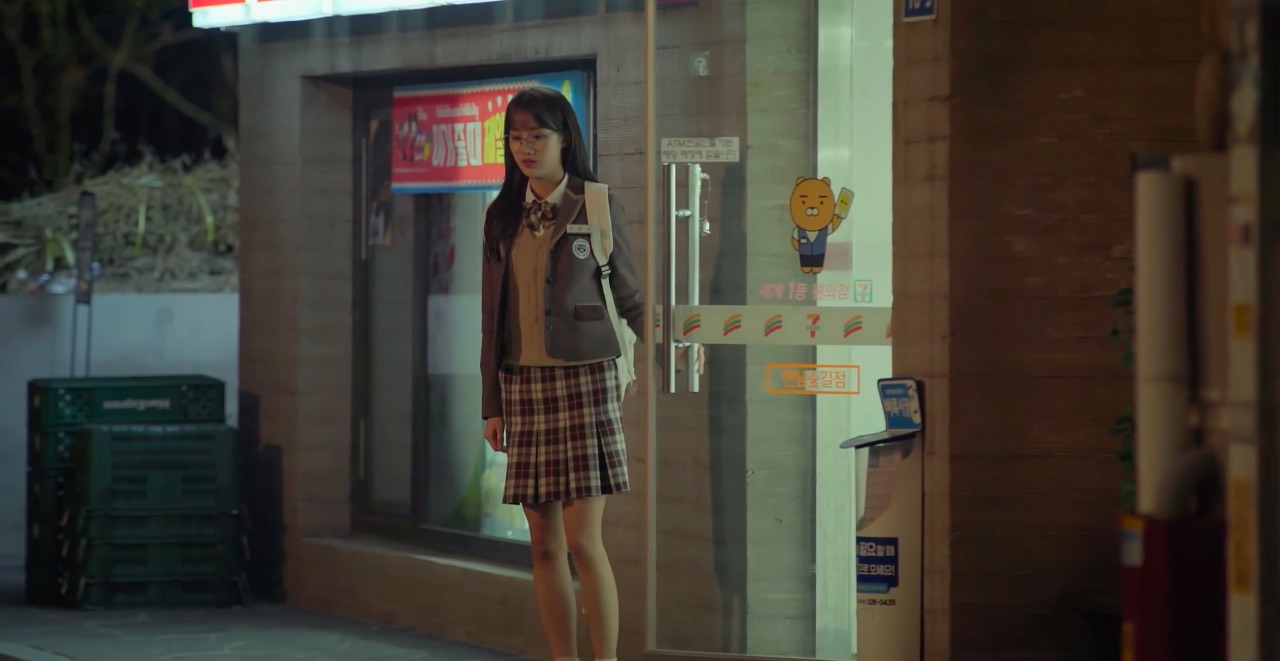 This convenience store — where Nam Si-woo’s (Shin Seung-ho) older brother works — is where the friends in web drama A-Teen/Eighteen (에이틴) (Playlist Studio, 2018) either stop by to pick up food and drinks, or come to hang out. This is seen in episode 3 when Do Ha-na (Shin Ye-eun), Kim Ha-na/Kim-ha (Na-eun of APRIL), Cha Ki-hyun (Ryu Eui-hyun) and Yeo Bo-ram (Kim Su-hyun) sit down to chat, and when Ha Min (Kim Dong-hee) comes on his own, after leaving his family lunch in episode 14. It also makes a reappearance in A-Teen 2/Eighteen (에이틴 2) (Playlist Studio, 2019), with Kim-ha going there in episode 2.

7-Eleven — Yeonnam Forest Branch [세븐일레븐 연남숲길점] is a branch of the North American convenience store chain 7-Eleven [세븐일레븐], which opened its first branch in South Korea in 1989 with a franchise license under the Lotte Corporation [롯데 그룹].