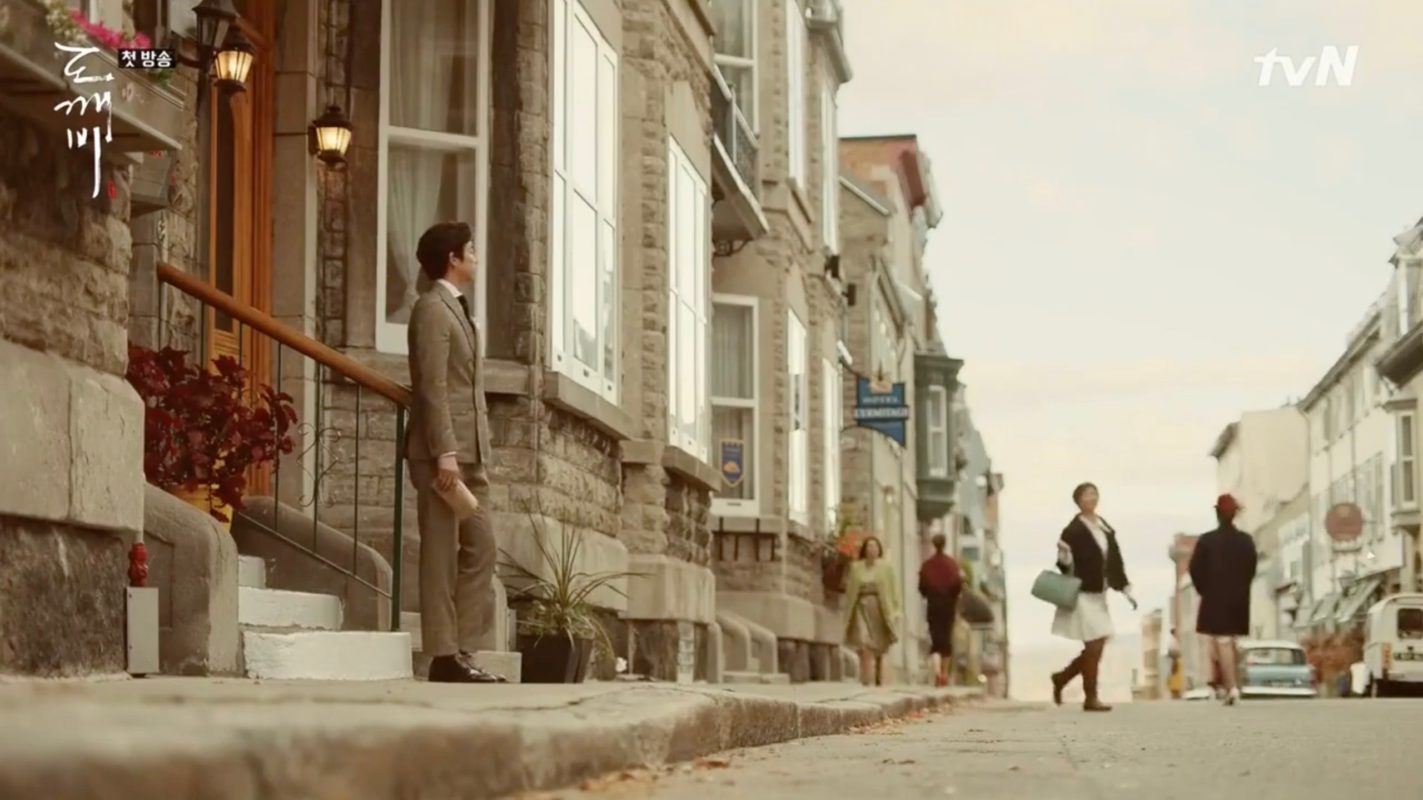 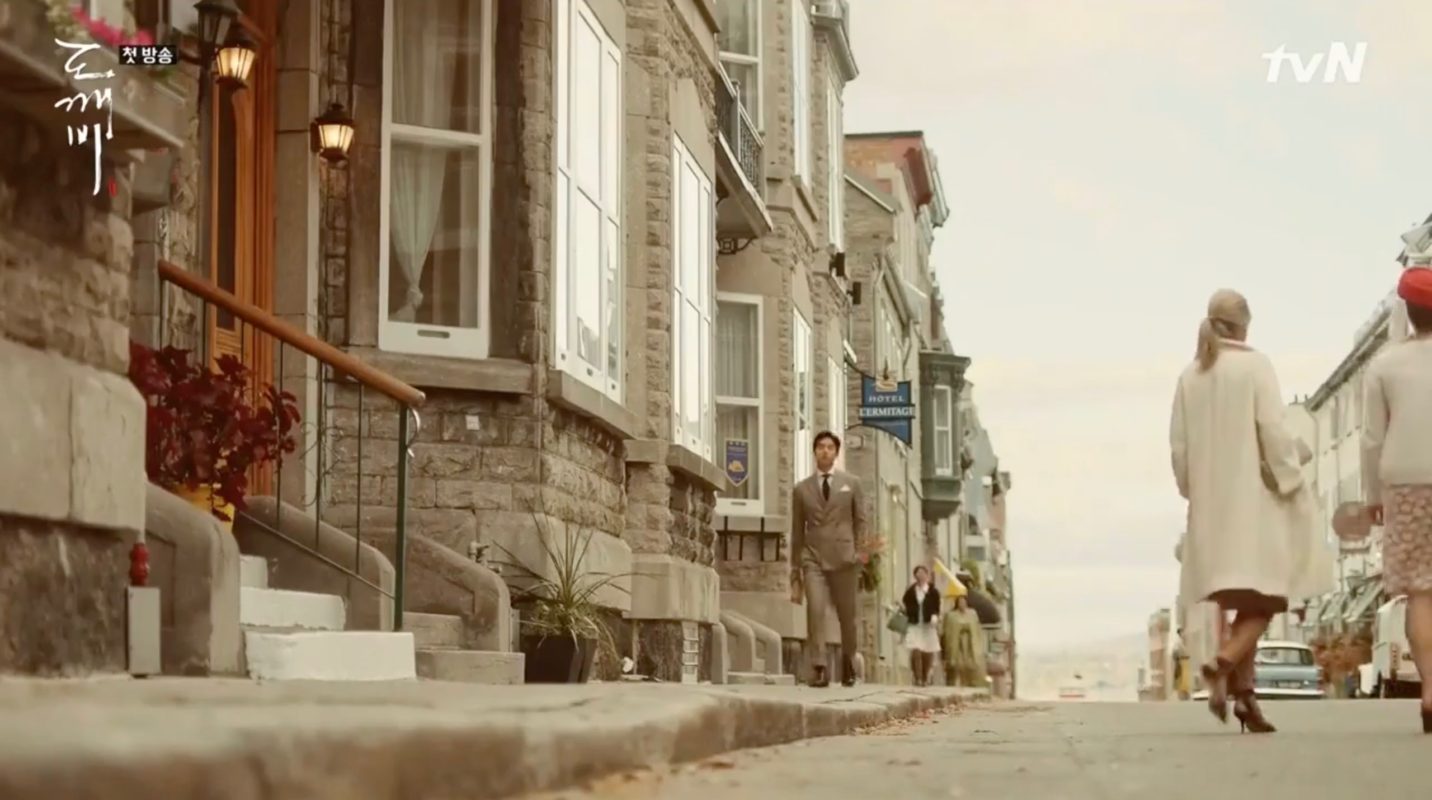 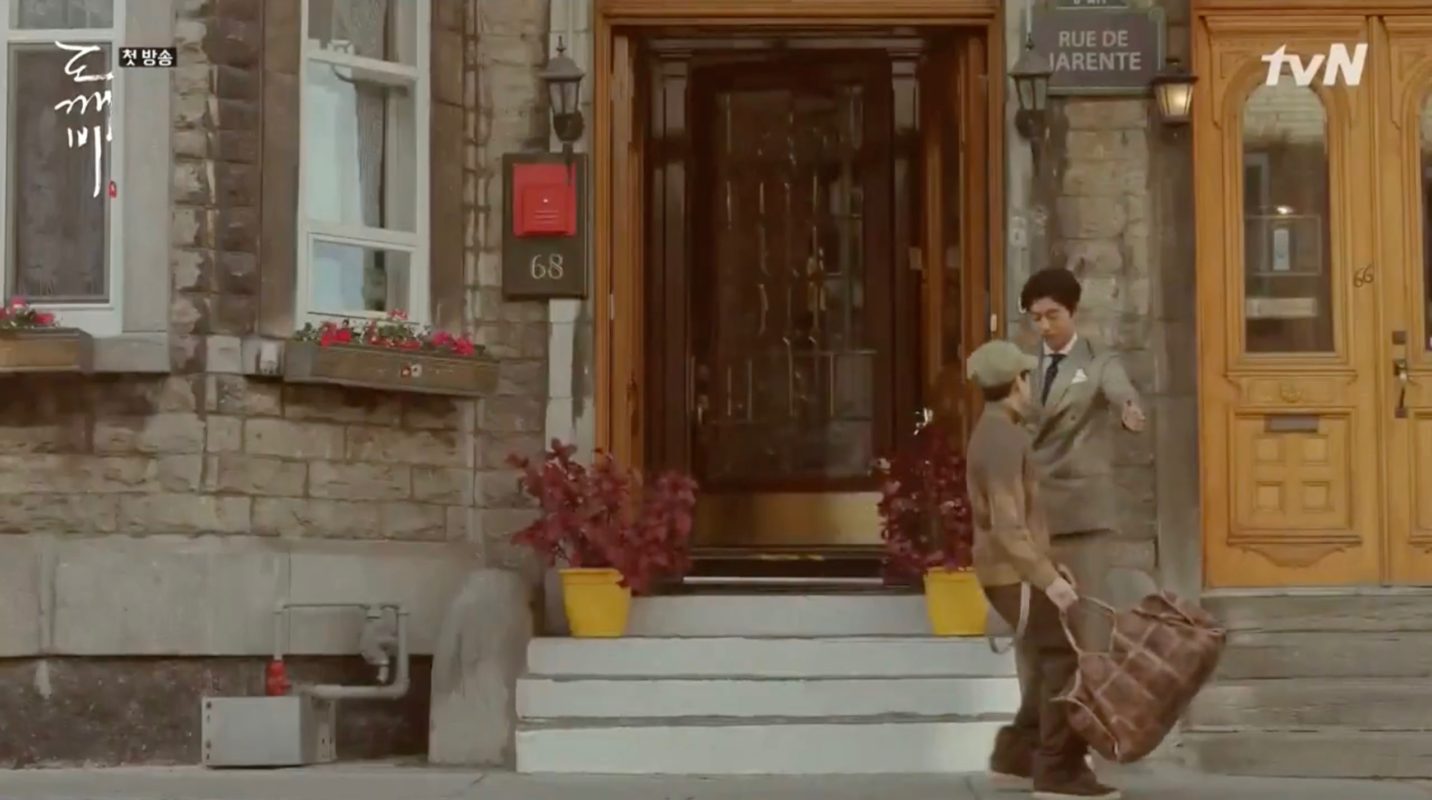 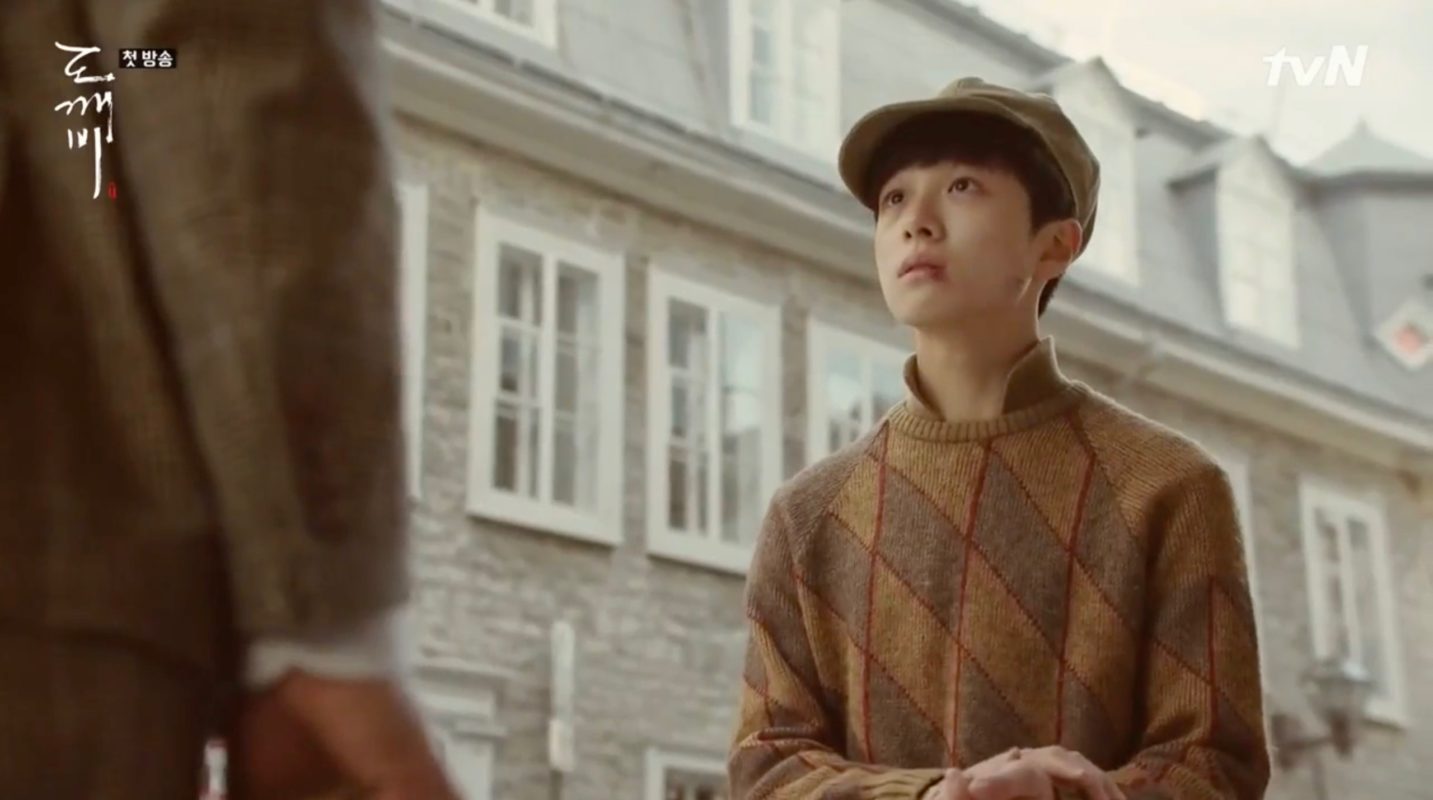 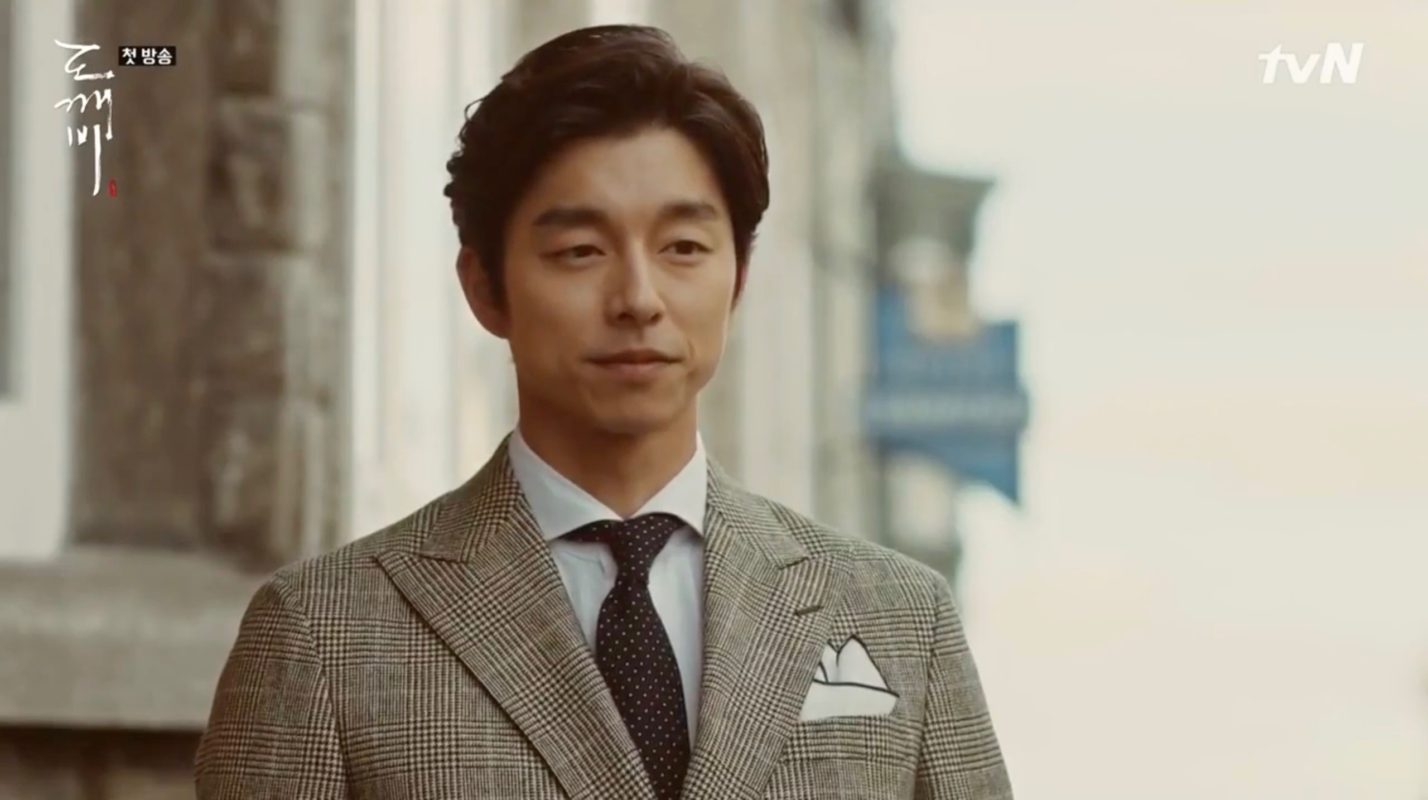 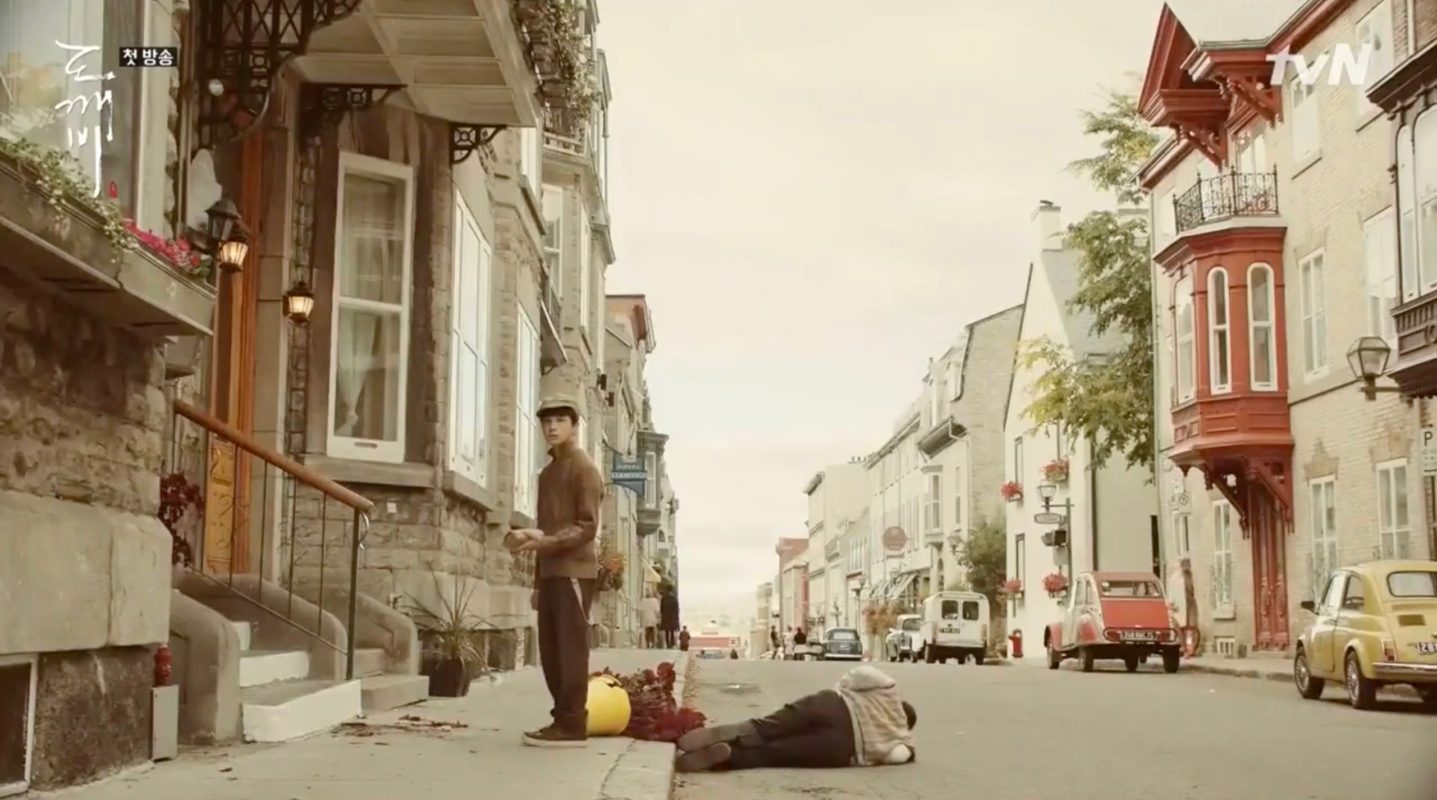 This Canadian street appears as Rue de Jarente, a rue in the center of Paris, in episode 1 of Goblin/Guardian: The Lonely and Great God (쓸쓸하고 찬란하神 – 도깨비) (tvN, 2016-17). We see Kim Shin (Gong Yoo) walk here in 1968 and waiting in front of house no. 68 for a young boy to tell him not to run away from home.

68 Rue Sainte-Ursule is a street in the Canadian city of Quebec. Look out for house number 68 to find the right place. It is located two blocks away from Hotel Fairmont Le Château Frontenac; walk down Rue Saint Louis and turn right into the third street, Rue Sainte-Ursule, counting from the hotel.