‘Third time’s a charm’, so the saying goes — and this is could be what defines the story of Joon-young: a sensitive, at times petty, and thoughtful police detective; and Young-jae: a fiercely independent and easy-going hair dresser who’s not afraid to speak her mind. From meeting in their awkward early 20s, to making up for lost time in their late 20s (and everything unspoken in between) — what would the early 30s be like for this seemingly oddly paired, yet oddly complementary couple?  — by Mich KDL

Note that this is not the full cast credits for this show — only those mentioned on KDL!
On Joon-young (Seo Kang-joon)
Violent Crimes team leader at Seoul Central Police Station; on-off boyfriend to Young-jae
— — — — — — —
Hyun Sang-hyun (Lee Sang-yi)
Joon-young’s best friend from college,
bar owner

Amidst the many up-and-coming locales chosen by other 2018 K-dramas, it is interesting to note that the The Third Charm team chose to film most scenes within Seoul — maybe as a way to keep things very realistic and close to home. If there’s anything we can learn from these selected locations, it’s that Seoul itself has its own charm, and much more to offer than we what we already know of it.
The next time you’re there for a visit, why not follow in TTC‘s footsteps and discover this capital city’s ‘hidden’ side — whether it’s rock climbing in a waterfall park, enjoying live traditional Korean music, or simply admiring a different view.
Later in the series, the focus of locations shift to the Mapo neighborhood of Hapjeong-dong [합정동] and and also within Yongsan [용산구], where our characters live, work, meet, love and hurt.
Portugal’s stunning scenery is also well captured in this series, from locations within its capital of Lisbon, to outskirt towns and even breathtaking sights beyond.
This overview will be updated when new locations are added.
Search The Third Charm on KDL for a visual look of all locations.

For many, music defines the eras and seasons we’re in, and we’d often associate certain songs with certain times in our lives. Same goes for each of the three ‘eras’ in The Third Charm: for example, we know we’re in 2013 when we hear songs that were popular or were released during that time, like SISTAR’s ‘Give It To Me’ and Lee Hyo-ri’s ‘Miss Korea’. Later, we are brought back to the present year (2018) from episode 12 with current hit songs like BTS’ ‘Fake Love’ and Twice’s ‘Likey’. Even the light hearted OST songs that started us off in the show (like Stella Jang’s ‘Only You’) gave way to more melancholic tunes to set to the heavier tone of the 30s, like Soyou & Mad Clown’s ‘Missing You’.

For Ho-chul, one song defined his past: ‘Come What May’ from the 2001 musical movie Moulin Rouge!, in which it is said, “The greatest thing you’ll ever learn is just to love and be loved in return.” After missing out the opportunity to do something special for the person he’d loved before, this could also be in part the reason he plucks up the courage to sing this song for Young-jae at Eoulmadang Street [어울마당로]. 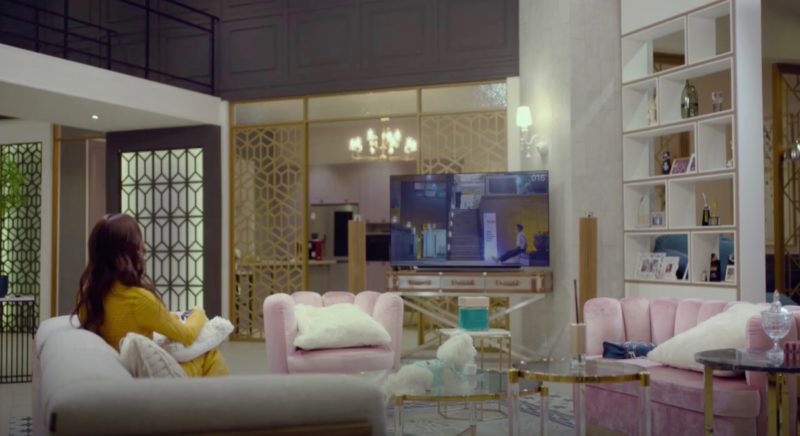 In episode 7 of The Beauty Inside (뷰티 인사이드) (JTBC, 2018), a frustrated Han Se-gye (Seo Hyun-jin) flips through the channels on her TV and The Third Charm makes a short appearance on her screen.