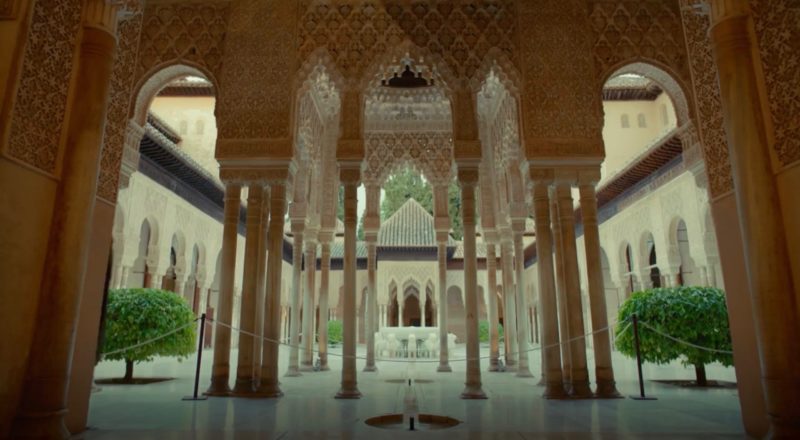 Memories of the Alhambra is a love story between a CEO and hostel owner, that transcends two kinds of reality — that of real life, and virtually, through a fictional AR game.
— by Marion KDL

Song Jae-jung may not be a name that’s readily recognisable, but you’d surely have watched at least one of the dramas over the course of her very prolific screenwriting career. Starting out as a writer for daily dramas (most notably, 2006’s Unstoppable High Kick), she moved on to pen dramas like The Secret of Keukeu Island (2008) and Coffee House (2010). But, it’s in the fantasy/time-traveling genre that she’s truly been able to find her niche, starting with the popular Queen In-hyun’s Man (2012), followed by Nine (2013) and W: Two Worlds (2016), which won her the Best Screenplay award at the MBC Drama Awards that year. With Memories of the Alhambra, Song Jae-jung has truly taken this genre to another level. — by Mich KDL

INSPIRATION FOR THE DRAMA’S TITLE 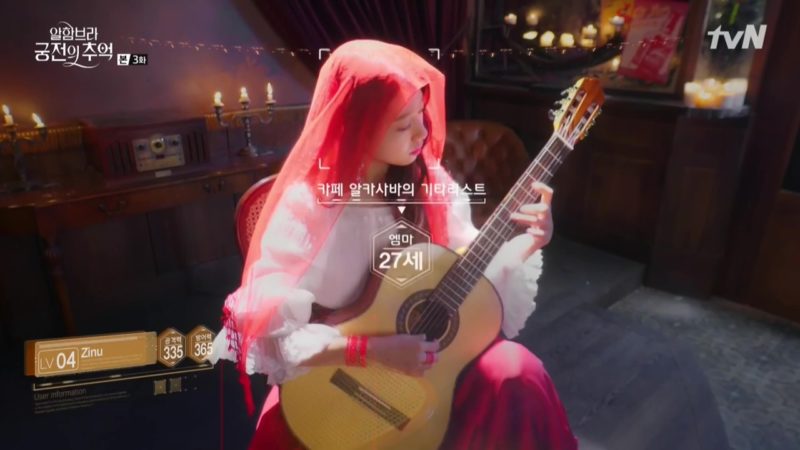 The drama’s title is inspired by a Spanish guitar song of the same name, written by Spanish composer Francisco Tárrega (1852 – 1909), considered to be one of the greatest guitarists of all time. Composed in 1896, Recuerdos de la Alhambra (Memories of the Alhambra) — which showcases a guitar technique known as tremolo — is one of his best known pieces.

Jung Hee-joo (Park Shin-hye) plays this song in episode 3, where she appears as Emma in the AR game that Yoo Jin-woo (Hyun Bin) plays. On preparing for this scene, Park Shin-hye said: “I practiced a lot but it was difficult for me to master the tremolo. I even practiced with a slowed-down version of the song at first to build my skills up.”

The song itself has already been featured on several film soundtracks, like in French film Jeux interdits (Forbidden Games) (1952), British film The Killing Fields (1984), and in US films Sideways (2004) and Margaret (2011). — by Marion and Mich KDL

This overview will be updated when new locations are added.
Search Memories of the Alhambra on KDL for a visual look of all locations.

It is widely known that major parts of Memories of the Alhambra were shot in Spain. But shooting in Spain was apparently not as easy as initially thought and planned out, especially for the railway station scenes. It seemed that the production team could not shoot at either Granada Station or Barcelona Sants, the main Barcelona train station, which led to the production team looking out for ‘location doubles’.

The South Korean team found a partner in Hungarian company, Progressive Productions, which proposed train station doubles in Hungary. This was because the country’s train stations were thought “most suitable, for such reasons as their architecture, their flexibility and infrastructure”, as they state on their webpage — and, of course, because of their appearance. 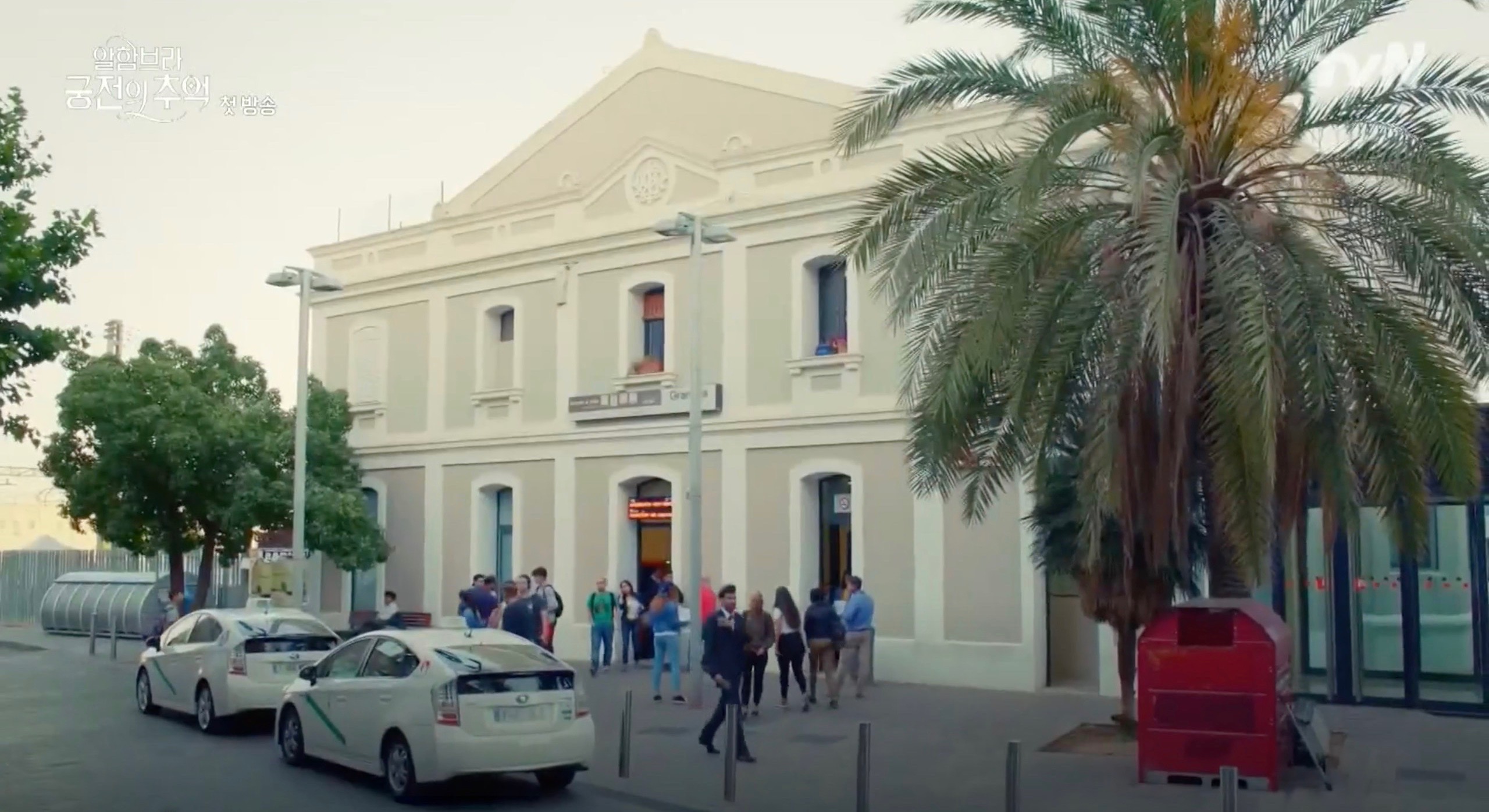 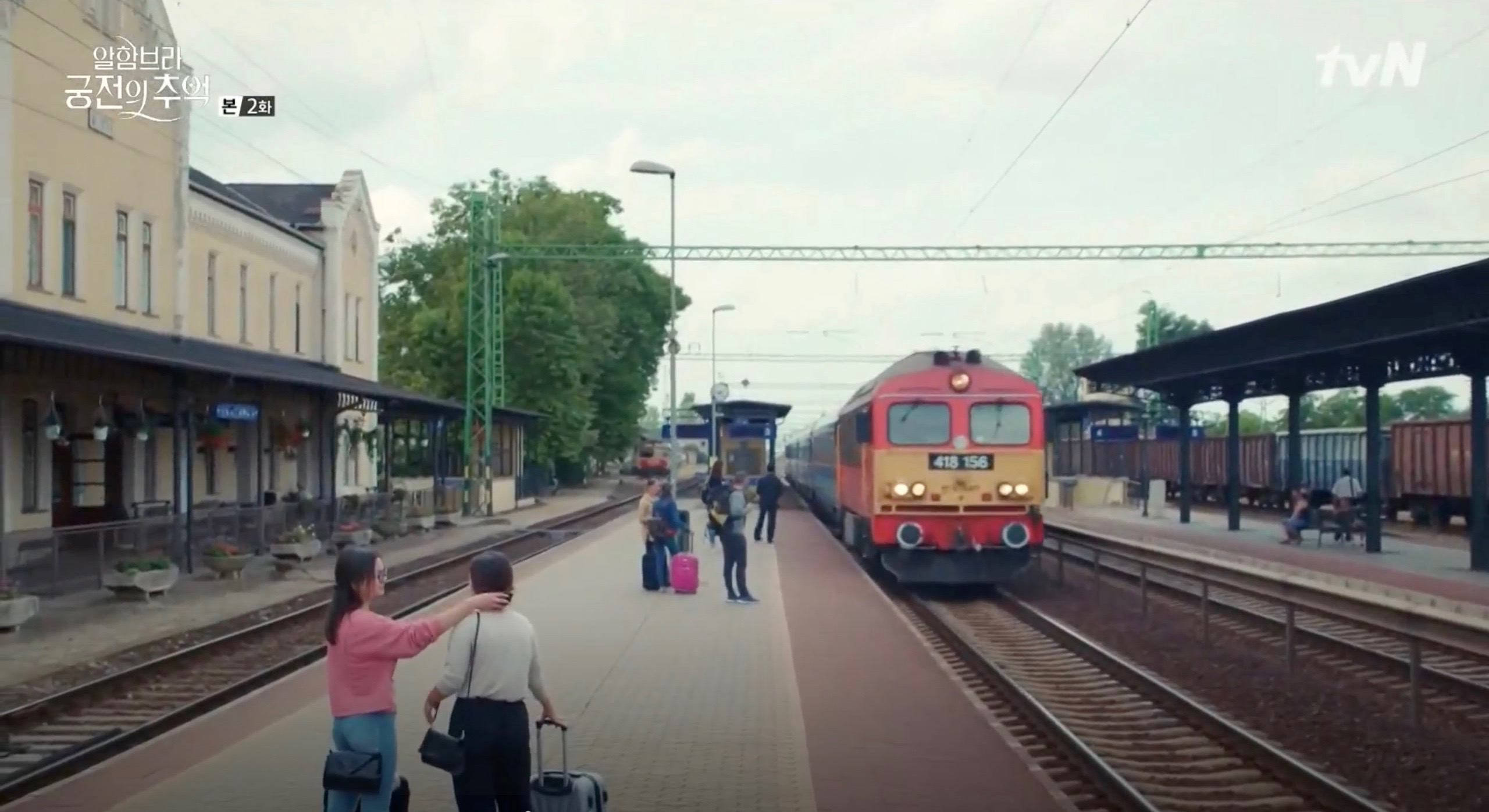 What makes everything a even more complicated (also as a watcher) is that the two Spanish train stations, Granada and Barcelona Sants, turned out to also have doubles in Spain itself. So, instead of filming at the real Granada Station, the Spanish Gava Station (mainly for its exterior) and the Hungarian Mezőtúr Station (for the scenes on the platforms) stood in as doubles. 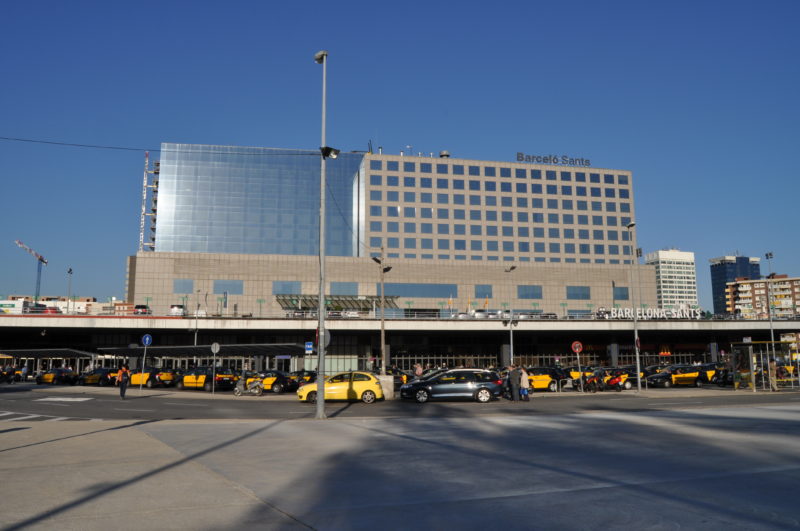 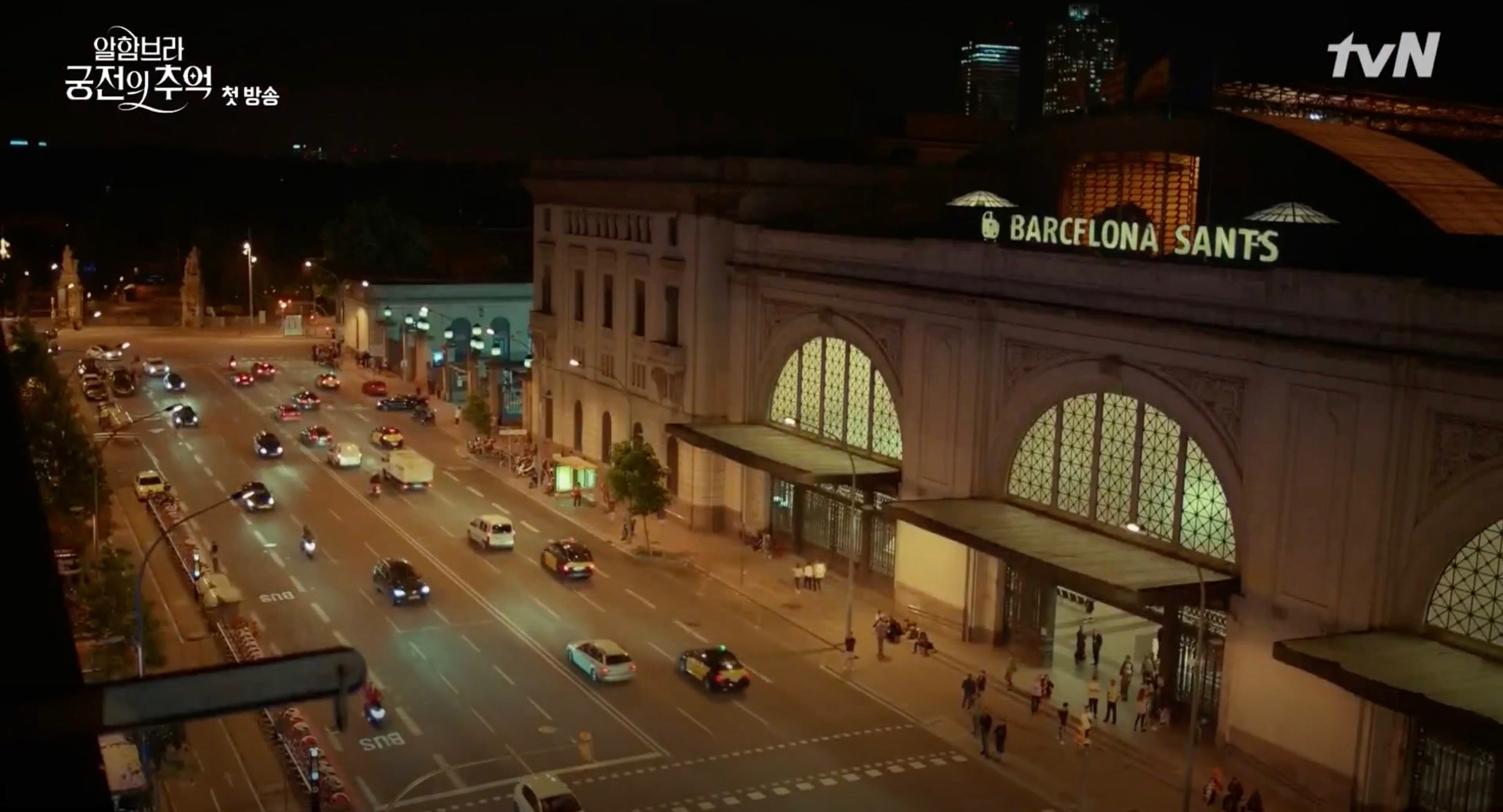 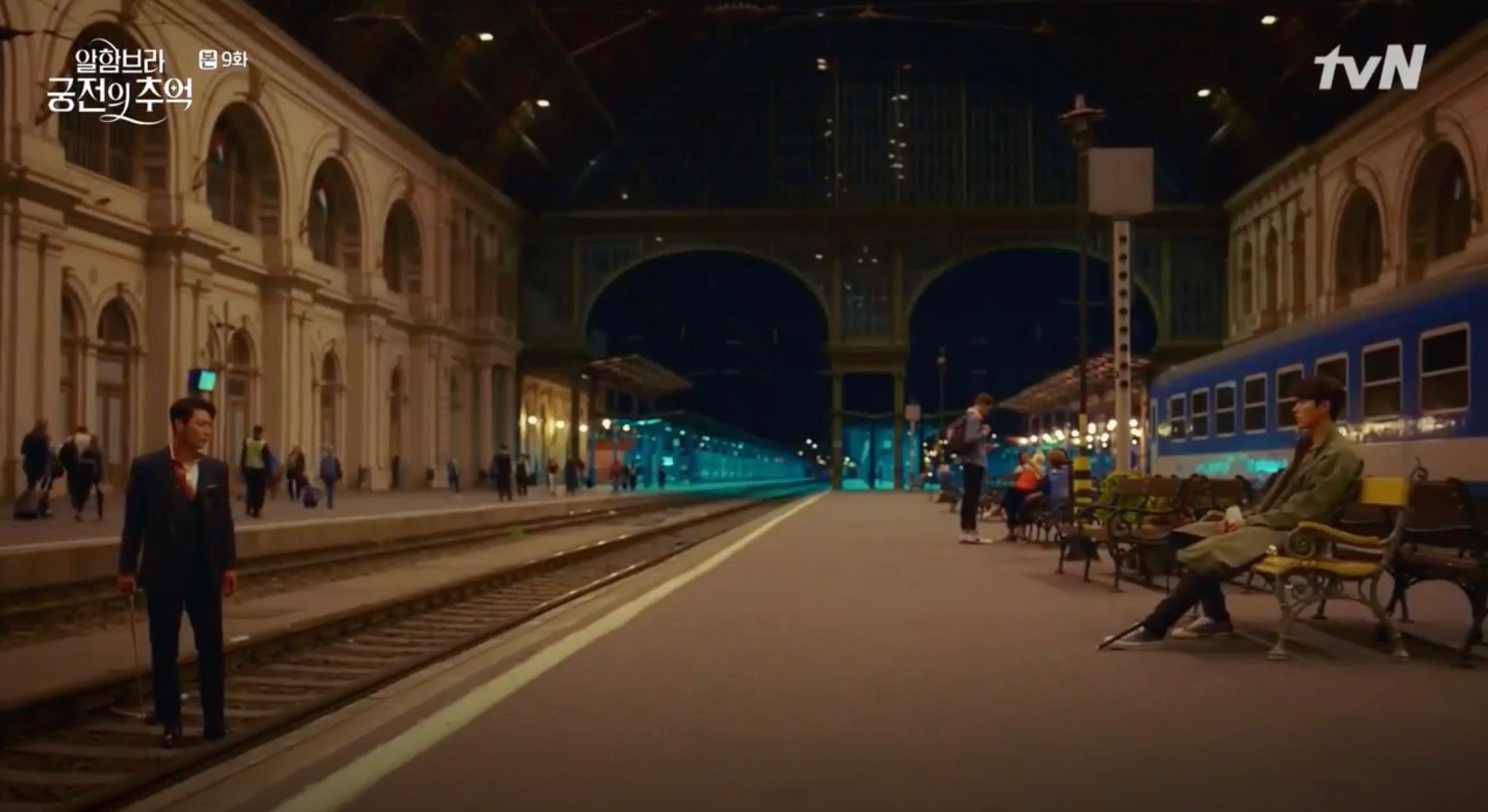 The same goes for Barcelona’s main train station. This time, Estacio de França Train Station in Barcelona (mainly its exterior) and the Budapest Keleti Railway Station [Keleti pályaudvar] (for the interior scenes on the platforms) were used as location doubles.