Disclaimer: This blogpost is NOT PERMITTED to be reproduced/reposted on other websites, whether in part or in full, without prior consent or permission from KDL. All screencaps belong to Netflix, tvN, KBS, SBS, MBC, JTBC.

At some places in Seoul, vinyl has never gone out of fashion. Seoul’s vinyl bars, also known as LP bars or pubs (LP펍), has celebrated vinyl music for at least two decades with a very simple concept: a basement bar combined with a serious vinyl collection.

Like any collectors, the bar owners might choose to concentrate a little bit more on one music type than another. But most bars come with quite a large variety of choices, mostly ranging from blues and (hard) rock, to old(er) K-pop and English pop. Music requests — rather fittingly to these places — are not done via an application, but on old-fashioned paper and pen.

Most of these LP bars, which are often closed on Sundays, are located in Hongdae‘s basements. This has certainly played a part in forging Hongdae’s reputation of being Seoul’s musical epicenter.

The decor of Gopchangjeongol — a mix of tiffany-style ceiling lamps, vintage advertisements and music posters, along with retro loudspeakers and TV sets — makes it an ideal venue to sit down, hear and imagine what K-pop sounded like back in the 1960s, 70s and 80s. Owner Jeong Wong-yong opened this bar in 1999 and settled on this location after moving around several times. Grammy-winning British pop star Sam Smith was so charmed by this LP bar that he made it a point to stop by on his Seoul visit in 2018. Being the most featured LP Bar in K-Dramaland to date, it is also perfect if you’re planning a ‘throwback’ K-drama tour of Hongdae, as it’s located just opposite The 1st Shop of Coffee Prince [커피프린스1호점].

What initially started as a hobby, has since became a profession for the owner who opened this Hongdae basement vinyl LP bar in 2001 to share the joy of listening to his 7000+ vinyl collection. With the tagline ‘Oldies but Goodies’, Starry Night LP Bar‘s music offerings range from vintage pop, rock and dance to modern rock and K-pop, to be enjoyed in a fully-wooden interior with LP covers and music posters neatly framed on its walls.

Tip: When visiting, note that this bar’s entrance is located on the corner of Eoulmadang-ro and Eoulmadang-ro 5-gil [어울마당로5길]. It is also not to be mistaken with a similarly-named bar near Seoul National University.

This basement LP bar, which opened in 2004, caters to ‘all kind music’ (sic), as its tagline says. Strictly speaking, Wood Stock is more of a CD bar; vinyl (covers) is only used as part of its decor, amidst an eclectic mix of other objects like a disco ball, a guitar, comic figurines, African masks and bowling pins, along with a huge screen that showcases concerts.

Tip: Note that there are several LP bars that carry the same name; most notably however, this bar should not be confused with its same-name predecessor located in Sinchon.

In contrast to most underground LP bars, 650 is actually located above ground — and on the 6th floor at that! Maybe that is also why it is occasionally referred to as ‘650 Terrace Bar’, as it comes with a terrace. But don’t let its name fool you — this bar owns about 5,000 records.

Tip: As mentioned, the bar is actually on the 6th floor, and not on the 3rd as its signs seem to indicate. Tired from a day out around Seoul? There is an elevator at this venue, ready to take you up to the bar.

Established in 1997, LP Bar Zeppelin is a “vinyl and music video playground”, as per how it defines itself. At the stairs that bring visitors to this basement bar, they are welcomed with the lines ‘Let’s make special memories about music’ or ‘Bring back memories’. This 70 square meter venue, looking more sleek and modern than its other retro, vintage-looking contemporaries, has over 20,000 LPs in its collection, presenting them in a rather organized manner. With such an extensive selection at their fingertips, the music played here is also very varied: pop, hard rock, blues, jazz, folk, and hip hop; extending even to punk, new wave, heavy metal, world music and film music.

This café is considered to be quite a bonus in this overview simply because it is a vinyl café and not a bar, and instead of music being the center of attraction, it is merely played in the background. That said, Hakrim Dabang is still a place that is “proud of ‘music'” and has a classic LP collection that visitors can listen to while sipping their coffee. In doing so, they continue to pay tribute to the legacy of hosting over six decades of artistic and political discussions by renown Korean writers, poets and artists.

Bang’s Records, which opened in 2014, is a record store that specializes in 60’s and 70’s rock, jazz, blues, soul/funk, world and classical music and –rather unusually– soundtrack/OST records. True to its tagline of ‘Life with Music’, it does not only have records available for sale, but also CDs and books. 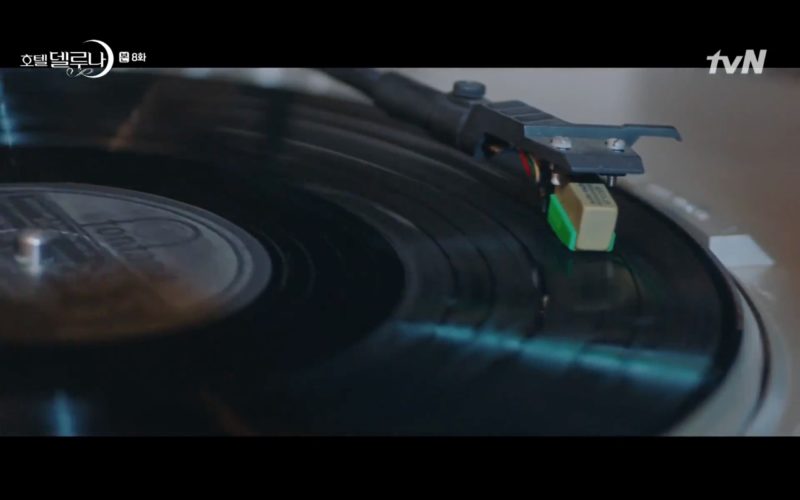 Have you spotted another LP bar in K-Dramaland or have tips for visiting one of the places mentioned above? Let us know in the comments!

We hope that reading through the various locations made you think of your favorite music, and maybe even inspired you to take the time to go through your own vinyl collection, put a gramophone or turntable needle on a record, and listen to the soundtrack of your life.