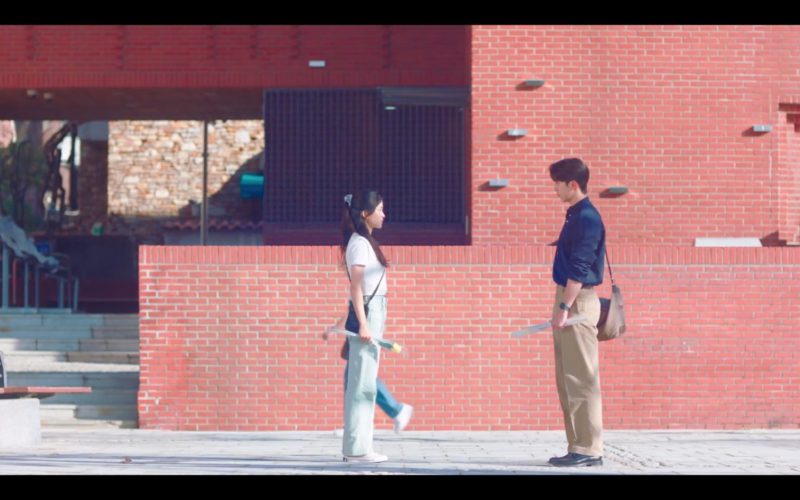 Disclaimer: This blogpost is © Koreandramaland.com and is NOT PERMITTED to be reproduced/reposted on other websites, whether in part or in full, without prior consent or permission from KDL. All screencaps belong to KBS2, SBS, MBC, tvN, JTBC, Netflix.

Over the six (!) years that we’ve been running KDL, Marion and I have seen many K-drama locations come and go. Some continue to prove their longevity with frequent features year on year; others make occasional appearances to remind us of their existence; while there are those that remain one-hit wonders, or simply fade into oblivion (and eventually, extinction).

As much as we enjoy discovering new locations, seeing familiar ones grace our screen again always brings a smile to our faces – just like old friends we’re delighted to see again after a long time. Here are some ‘old friends’ we’ve spotted in recent K-dramas as of late! 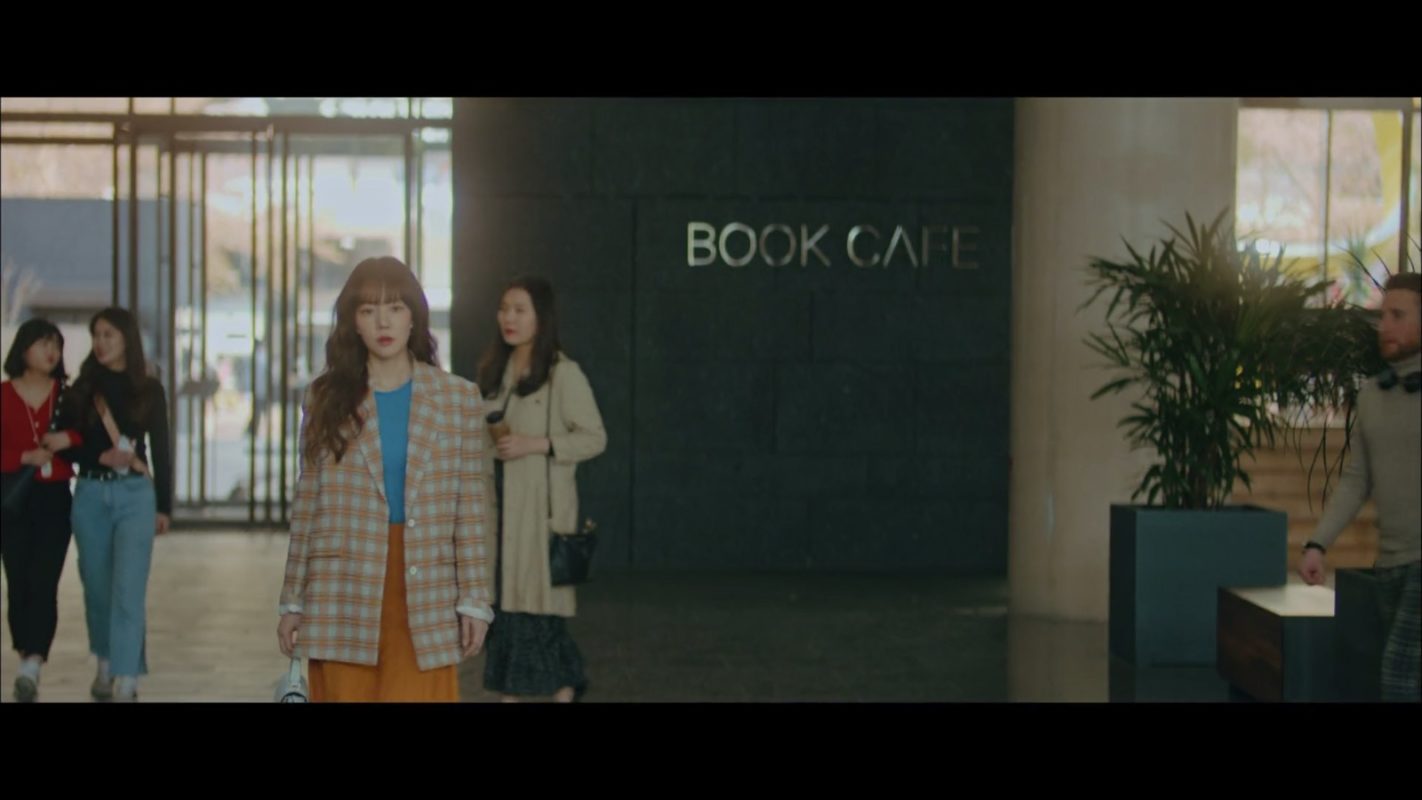 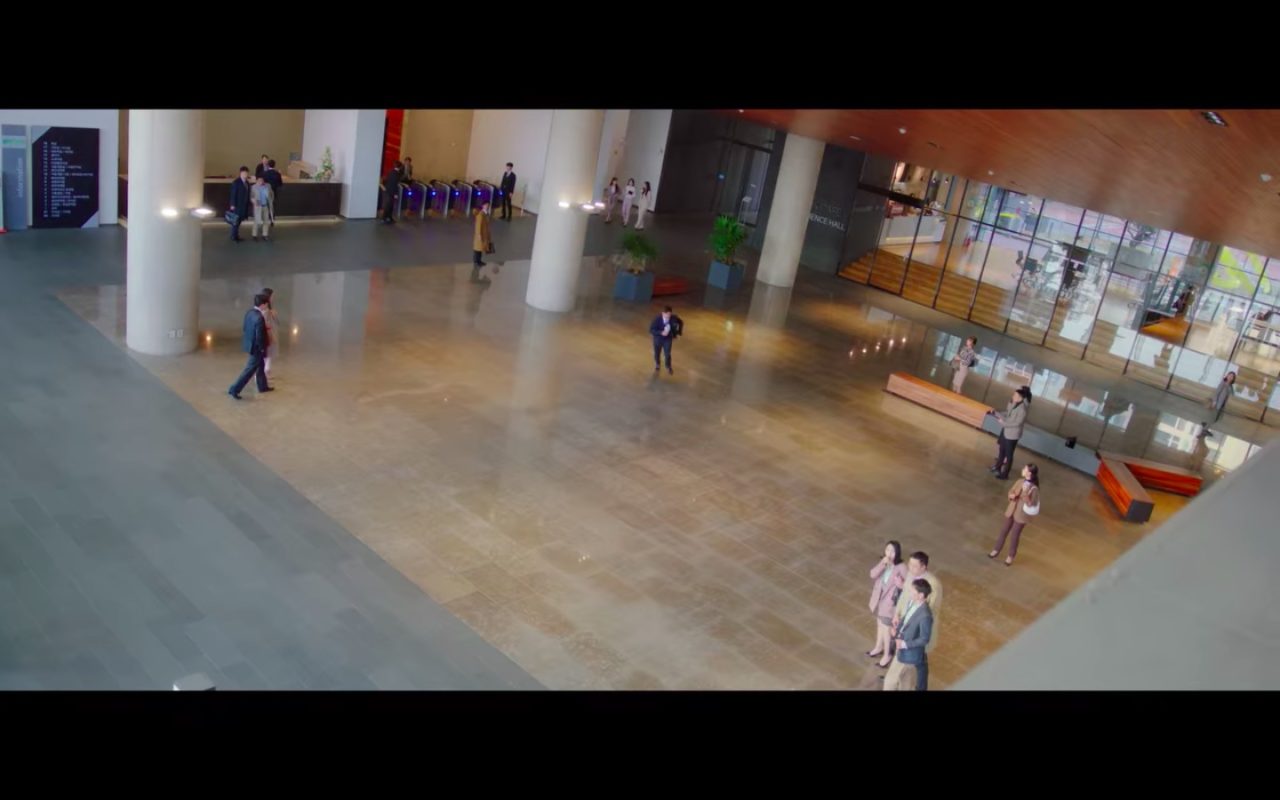 First seen as the headquarters of web portal company Barro in Search: WWW (2019), the DGB Daegu Bank 2nd Headquarters has (literally) lived its second life as the GoFood HQ in Business Proposal. While the Search scenes mostly featured the building’s exterior and lobby, Business Proposal has also featured some of the upper floors of the building, as seen in episode 2’s slipper chase scene.

Fun fact: Read our Search: WWW location blogpost to find out which other places were ‘stitched’ together to create the fictional Barro building! 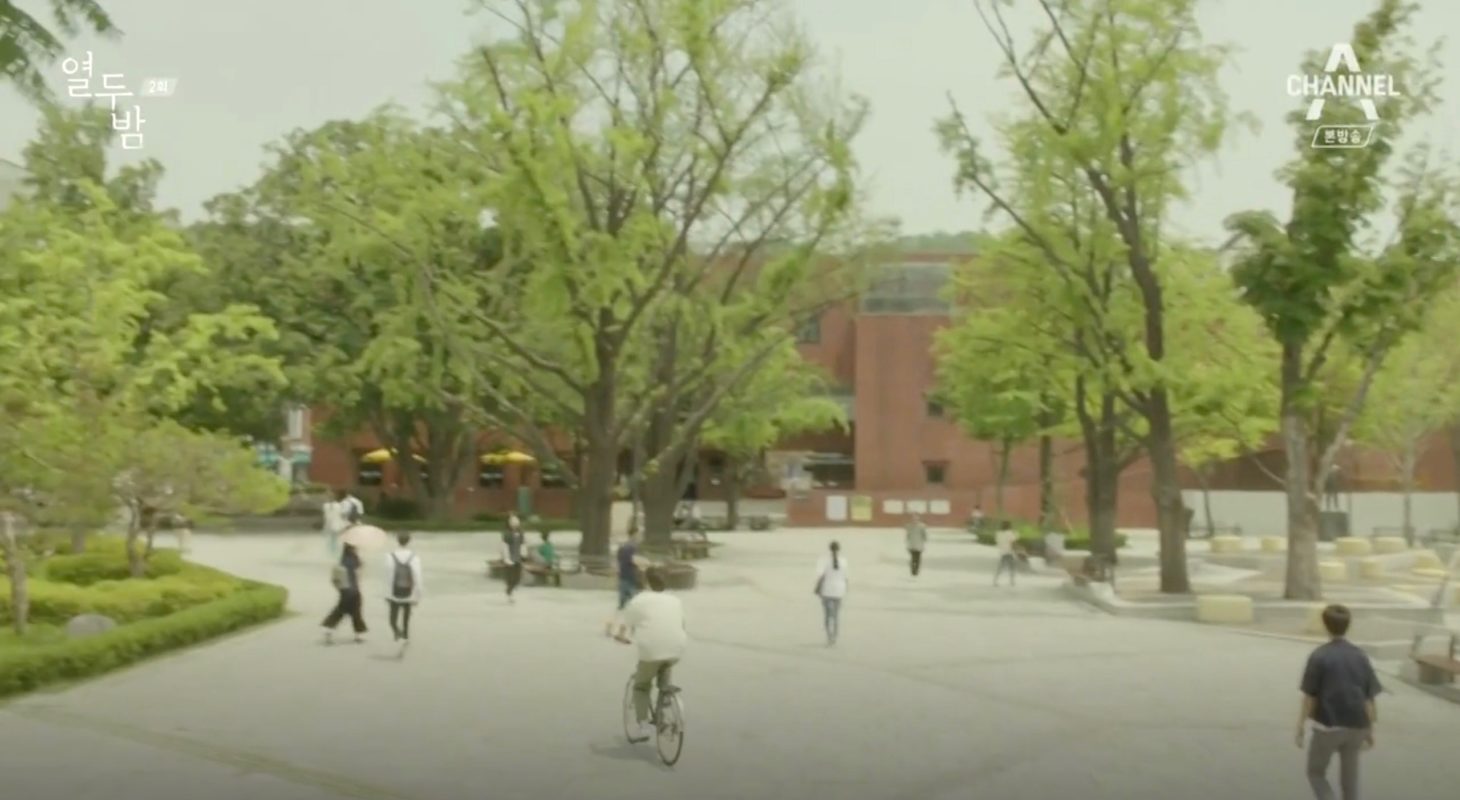 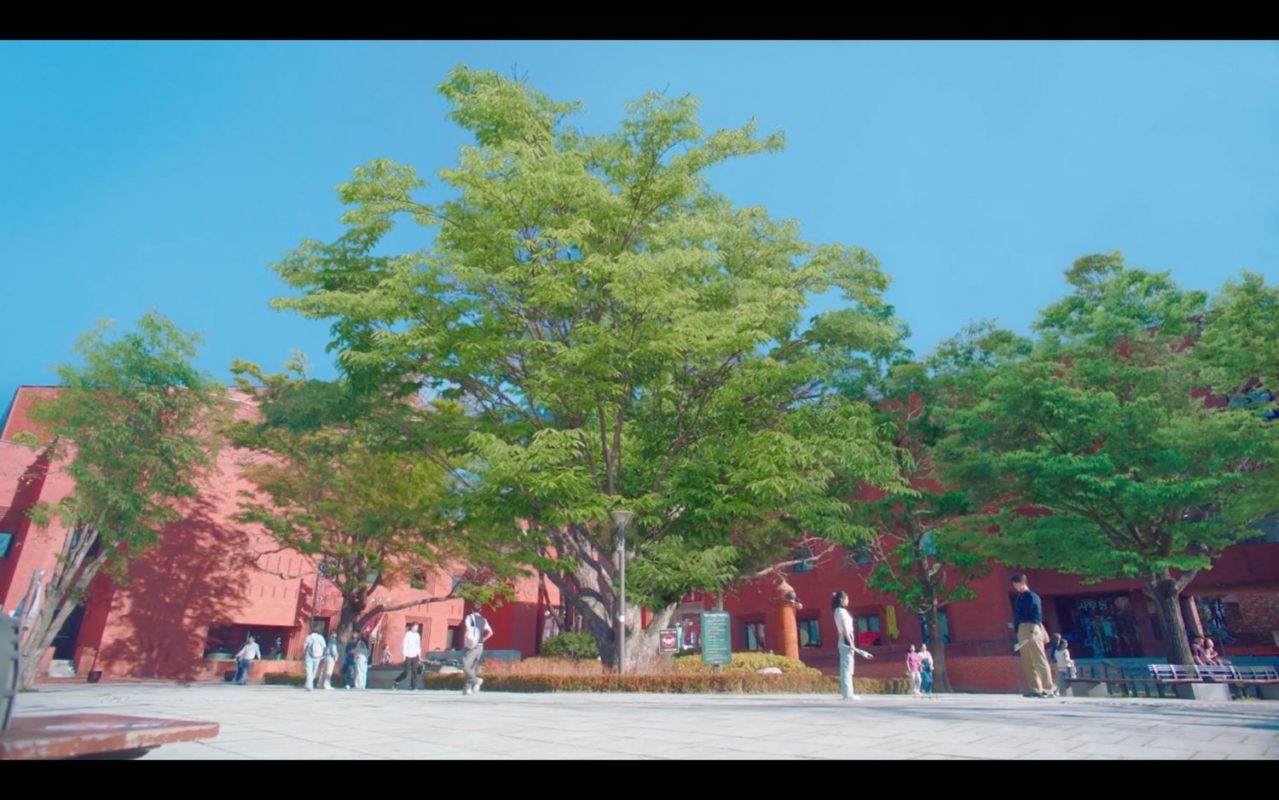 It’s certainly interesting to have spotted Marronnier Park in 90s throwback drama Twenty-Five Twenty-One, seeing as how it’s actually been part of the K-Drama landscape since that time period! This historical park made one of its earliest K-drama appearances in the 1994 hit drama (some say ‘masterpiece‘) Feelings, followed by other series like the classic Winter Sonata (2002), La Dolce Vita (2008), Bride of the Century (2014) and Revolutionary Love (2017). Its last appearance was in 2018’s Twelve Nights.

Fun fact: Marronnier Park was the original location of Seoul National University up till 1975, when it moved to its main campus in Gwanak. The university’s Professors’ Hall [옛 서울대학교 교수회관], then located on this site, had a key role in the University Demonstration (4ㆍ25 대학교수단) that took place on 25 April 1960. 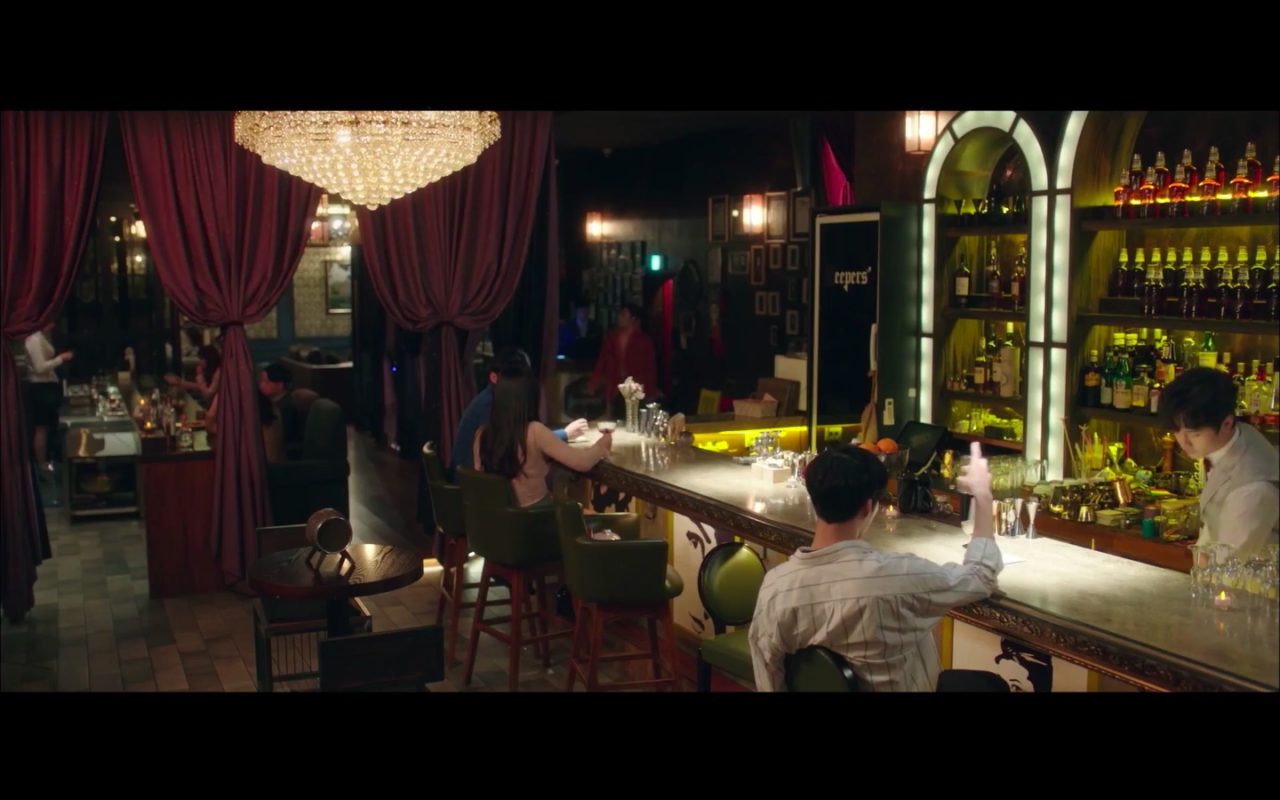 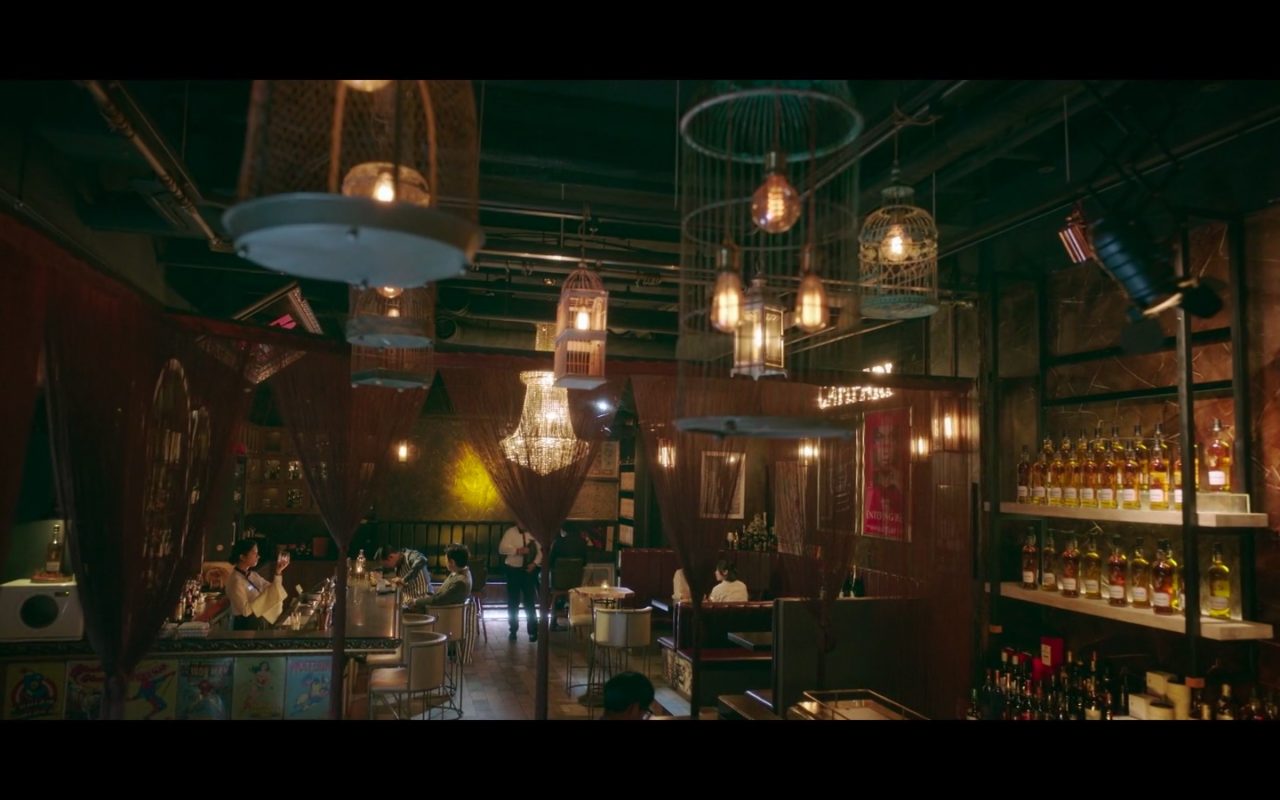 After a close to 4-year absence, Bar Keepers’ made its grand reappearance in Ghost Doctor, looking just as elegant as it did when we first saw it in The Great Seducer (2018). 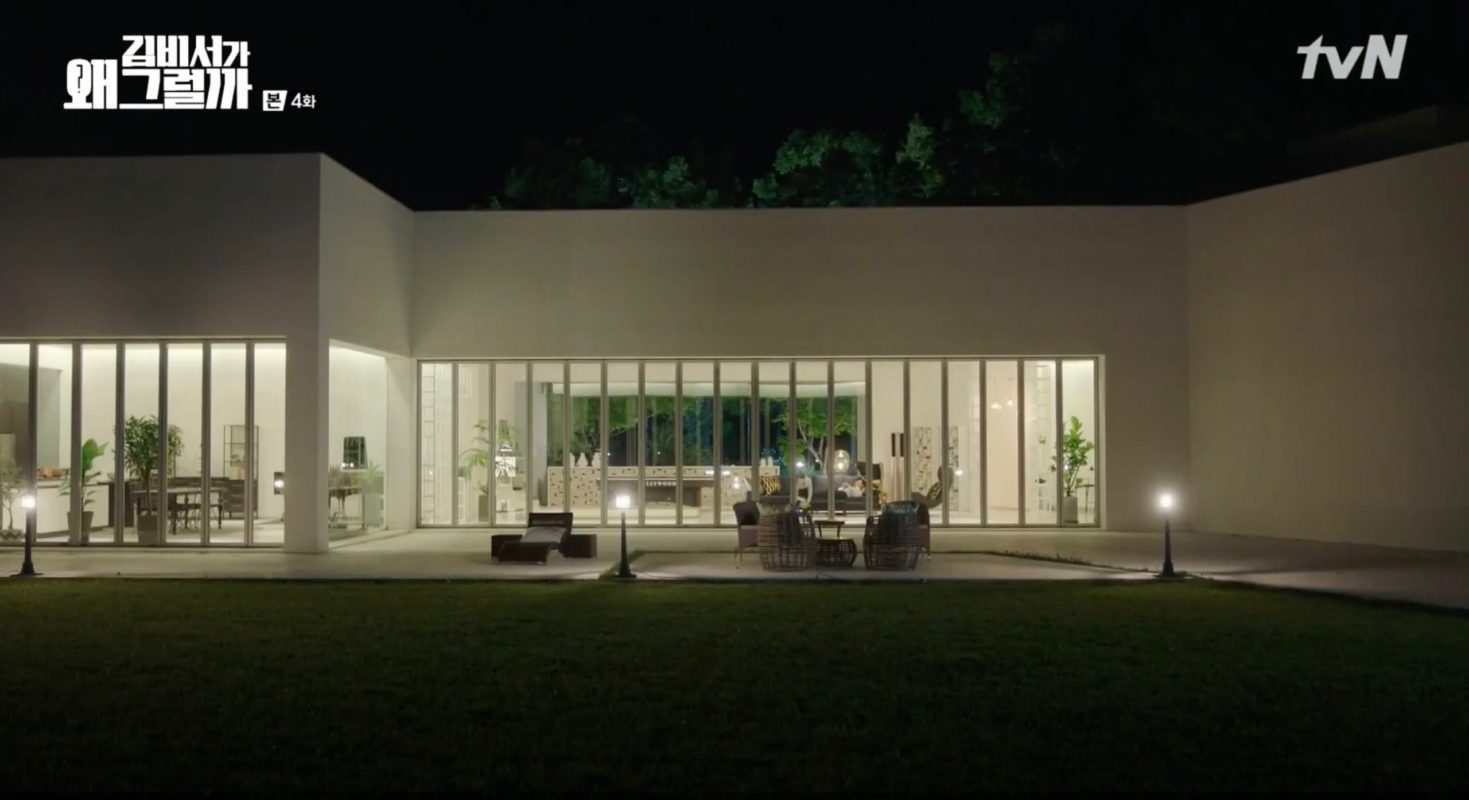 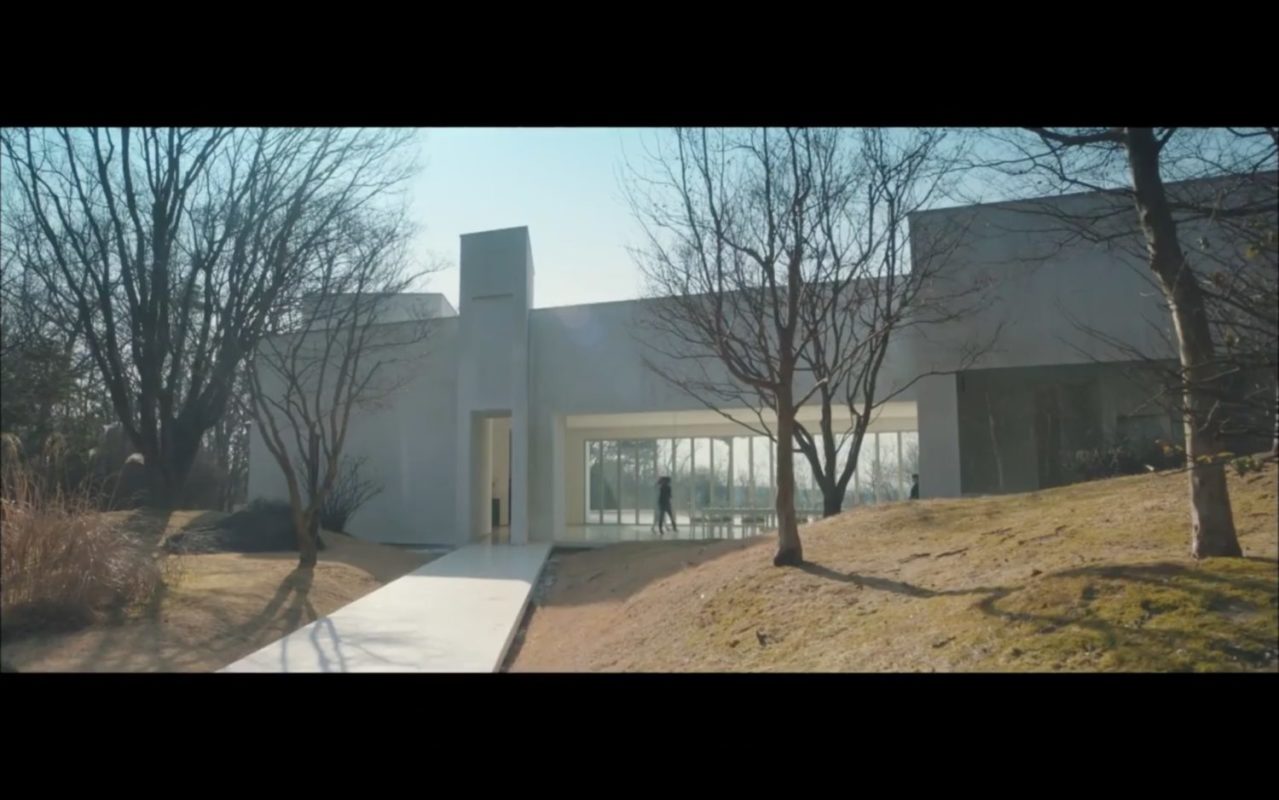 Remember Lee Young-joon’s sprawling mansion in 2018’s Why Secretary Kim? Truth be told, it’s hard to forget how incredibly elaborate Maiim VisionVillage is, from its various houses to its beautiful chapel. After a 3-year hiatus from our screens, it returned in style last year: first as a private bar in Vincenzo, then as a part of another massive residential complex in Mine. It can be seen this year in Kill Heel as a private art gallery – and hopefully in more 2022 dramas to come? 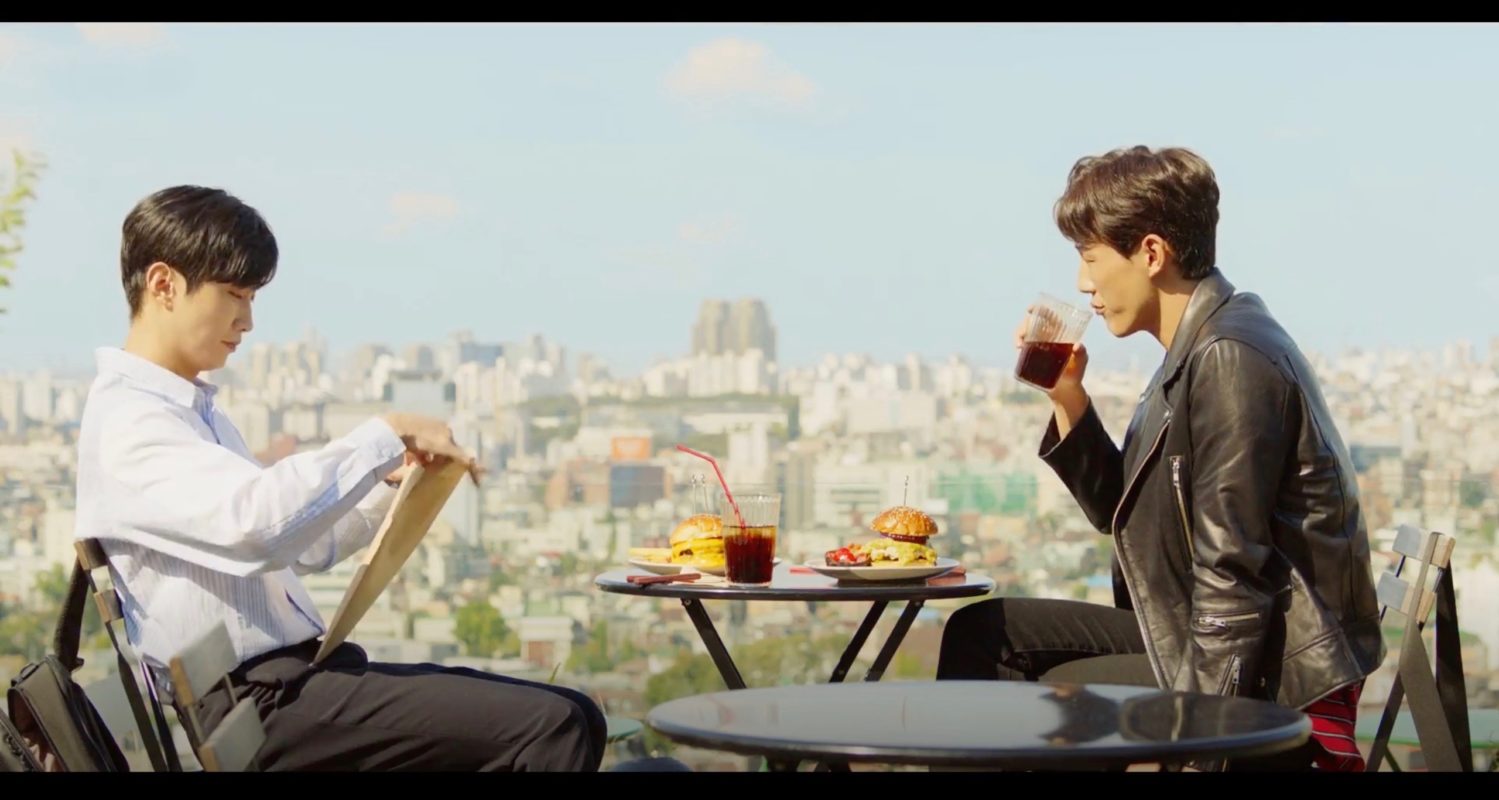 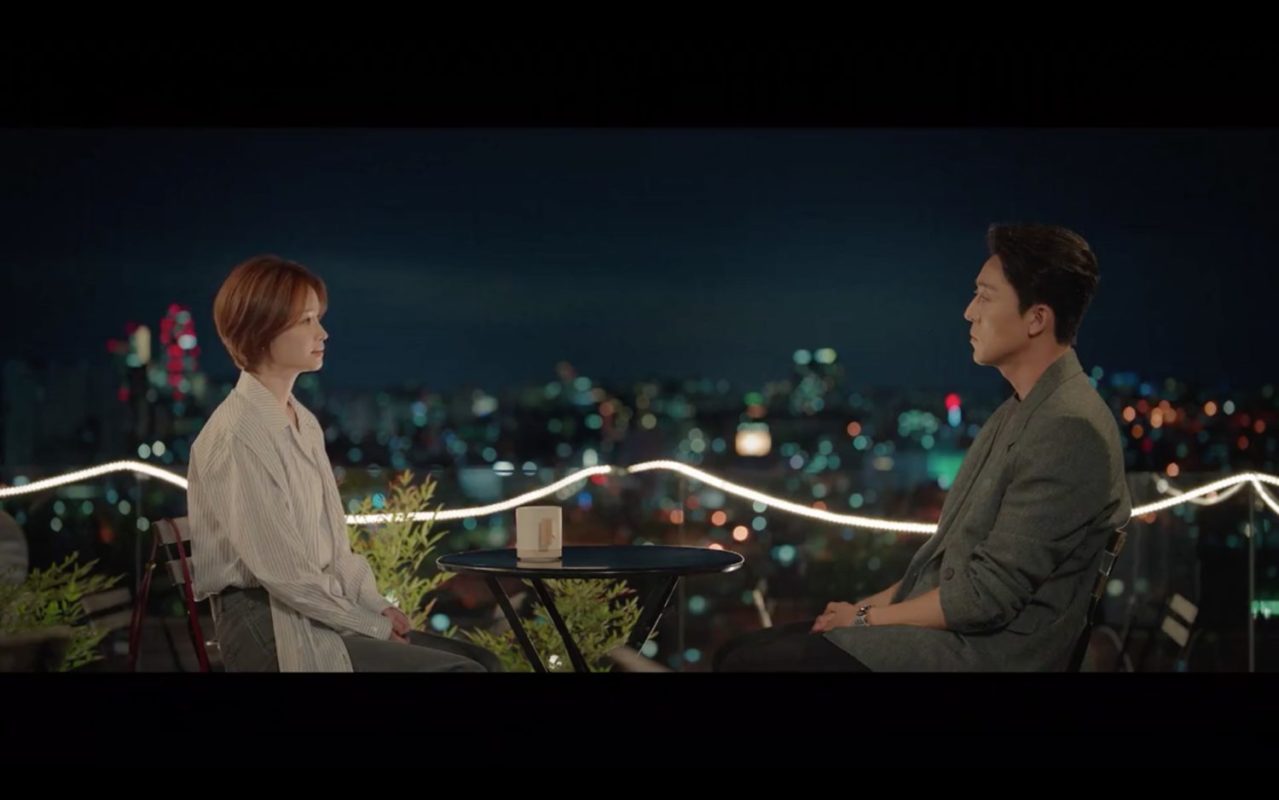 Three years since the rooftop of The 100 Factory was first (first) seen in My First First Love (2019), it’s made a reappearance in Thirty-Nine under more serious circumstances. It’s a pity, though that Chan-young (Jeon Mi-do) and Jin-seok (Lee Moo-saeng) weren’t able to enjoy the incredible view that it offers. This very rooftop – known as ‘Fantastic Rooftop’ – has also made a good kissing spot, as seen in The Secret Life of My Secretary (2019) and Find Me in Your Memory (2020).

Fun fact: This Korean-Western fast food joint actually takes up a three-storey building in Itaewon, which has a shop on the first floor, restaurant ‘Seats’ and a small rooftop on the second floor – and of course, the iconic rooftop on the third. 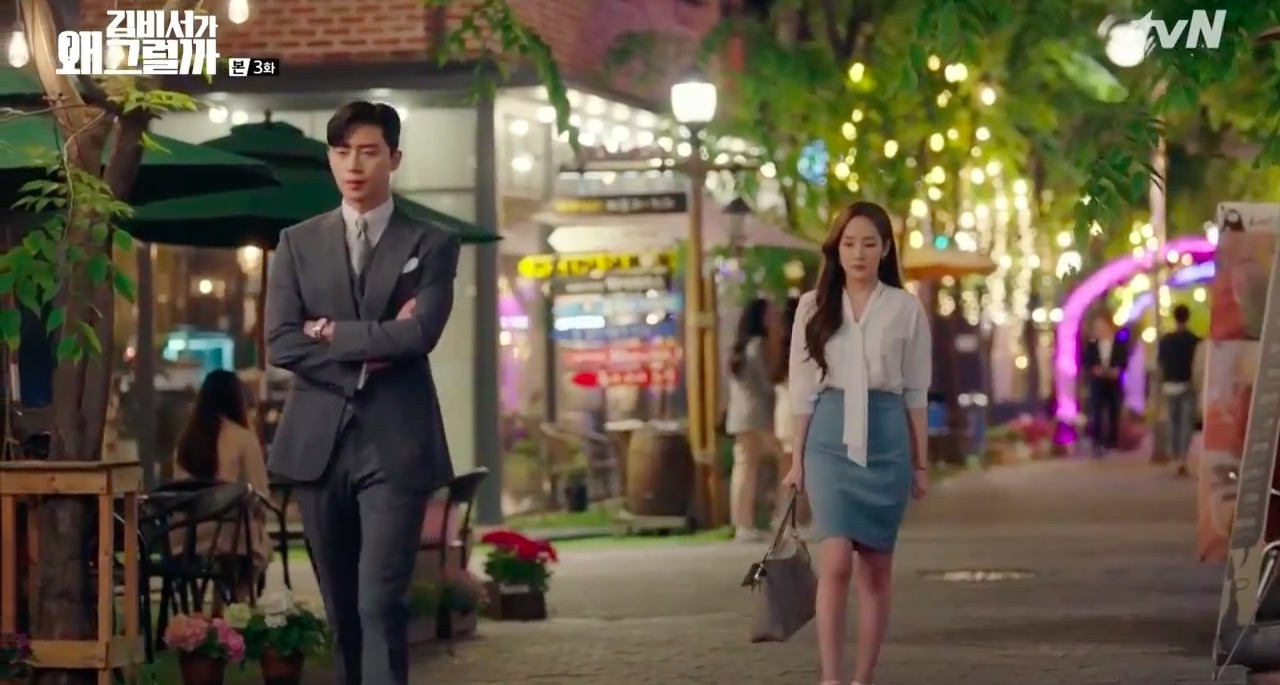 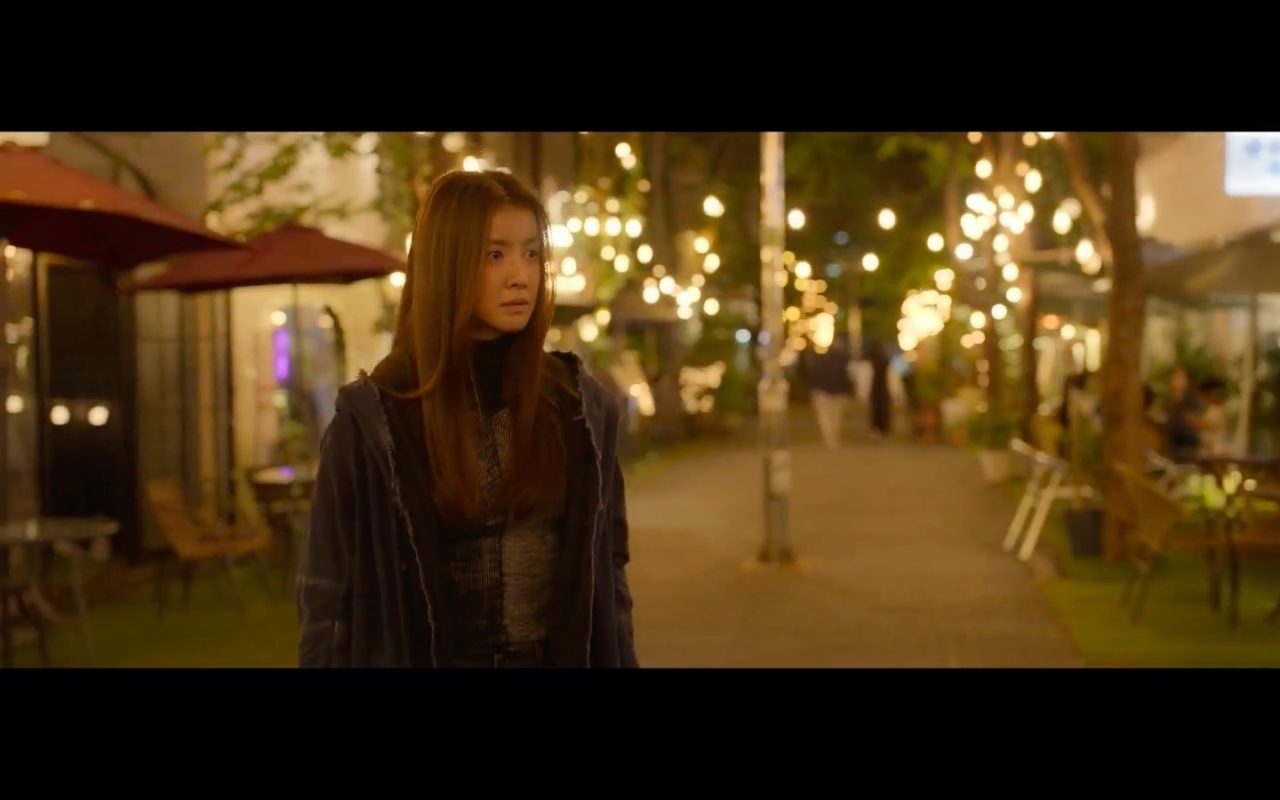 Bojeong-dong Cafe Street may not appear in K-Dramaland as often as its Seongnam counterpart in Baekhyeon-dong, but it’s certainly just as recognizable! Dates have taken place on this street (Do Do Sol Sol La La Sol, My Roommate is a Gumiho), and so have confrontations (Why Secretary Kim, KBS Drama Special: Tuna and Dolphin). For the mysterious ghost in Grid, her aimless stroll down this street eventually led her to a cafe, where she got to satisfy her sweet tooth.

Fun fact: Moon’s Wine and Brunch, a restaurant located along this cafe street, has gone through a number of tenant changes over the past decade. It was known as The Plate 607 when A Gentleman’s Dignity was filmed there in 2012, and Day Spring in While You Were Sleeping (2017)! 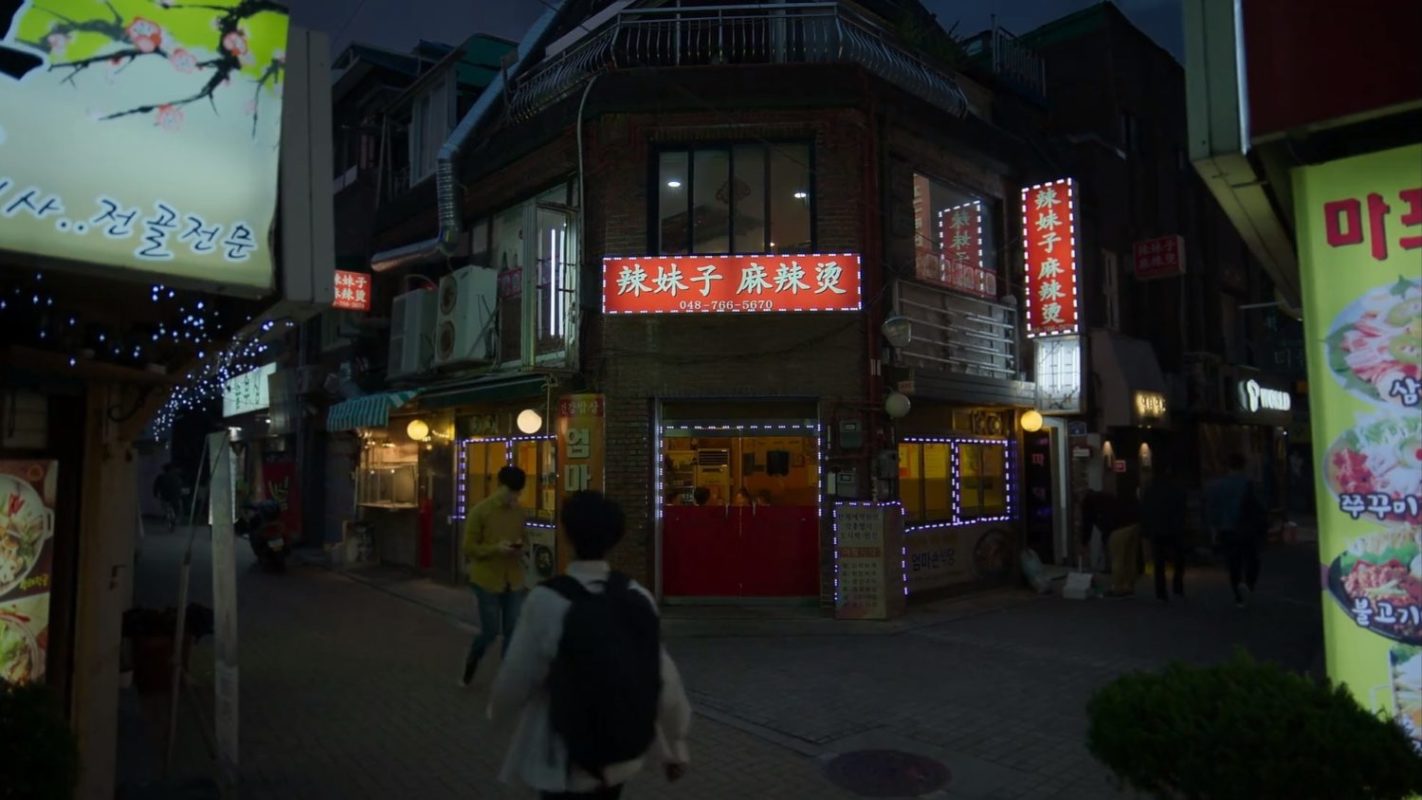 A rather surprising sighting indeed: who would have thought that ‘Hyesung Chicken’ in 2013’s I Can Hear Your Voice would find its second life as ‘Cheongsan Chicken’ in All Of Us Are Dead? Not to mention that both shops are proudly named after the owner’s kids and with their faces used to promote the stores!

Fun fact: Aside from opening over 300 stores in South Korea since 2005, the Thunder Chicken franchise has even had a presence in China since 2012! 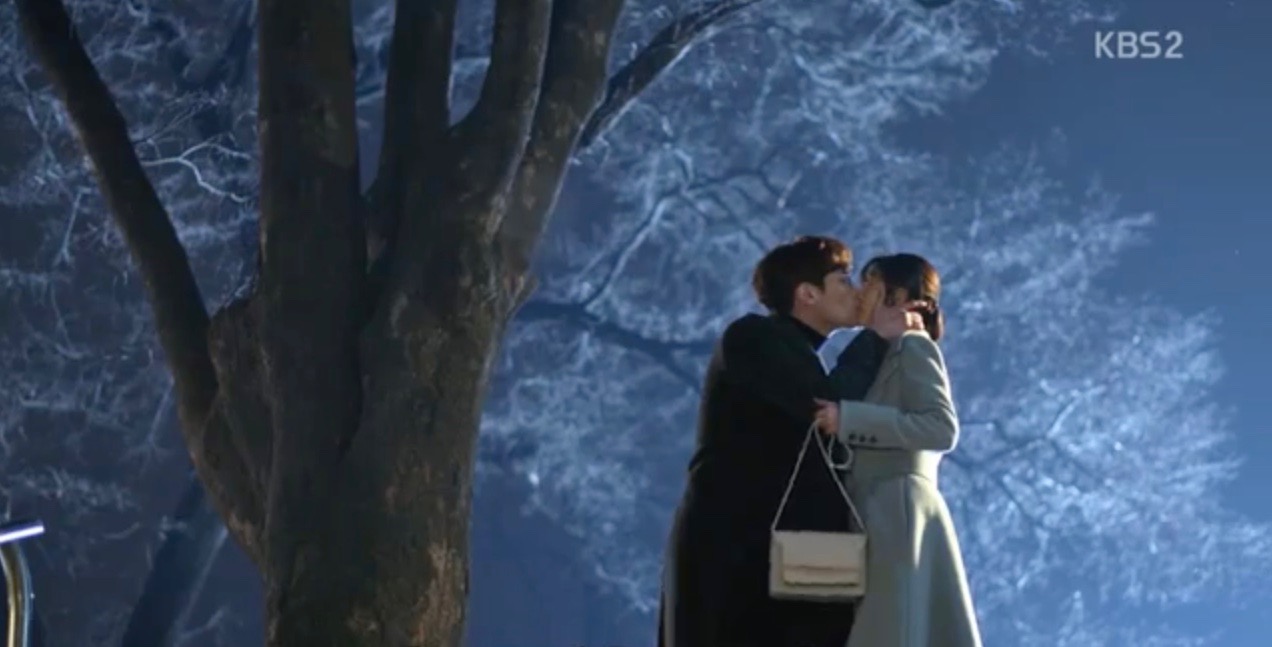 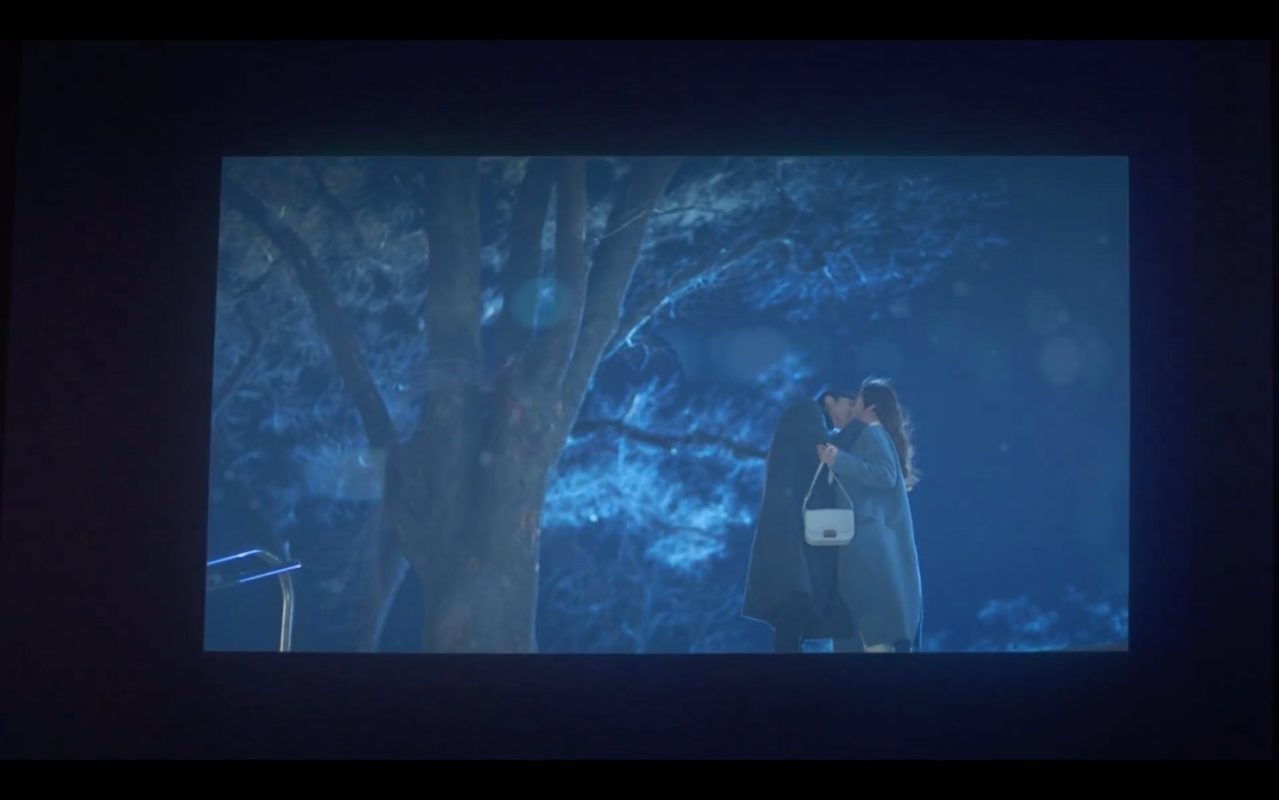 We always love a good meta reference here at KDL, and what a treat this one is in Crazy Love – aside from seeing this classic location, it’s so much fun to see a re-creation of the kiss scene in Jugglers (2017-18), one of my personal drama faves!

Fun fact: In case you’re wondering who ‘Sam-soon’ is and why this set of stairs is named as such – this spot was made famous by a kiss scene in the hit 2005 drama My Name Is Kim Sam-soon, starring Kim Sun-a and (the now very married) Hyun Bin. Another notable drama that was filmed here was the popular Boys Over Flowers (2009), with the stairs getting additional airtime in a spin-off cellphone commercial!

Which other long-time locations have you been pleasantly surprised at, or happy to see again in a recent drama? Let us know in the comments! 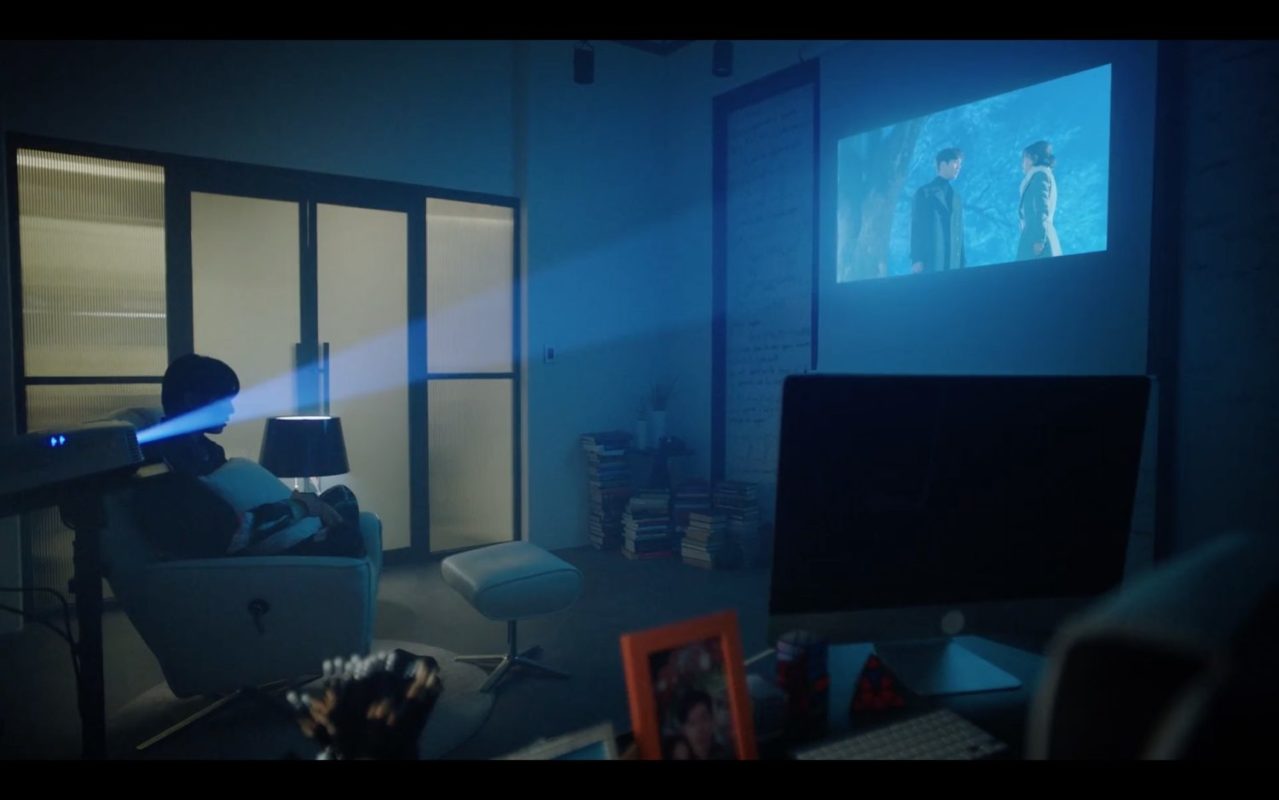