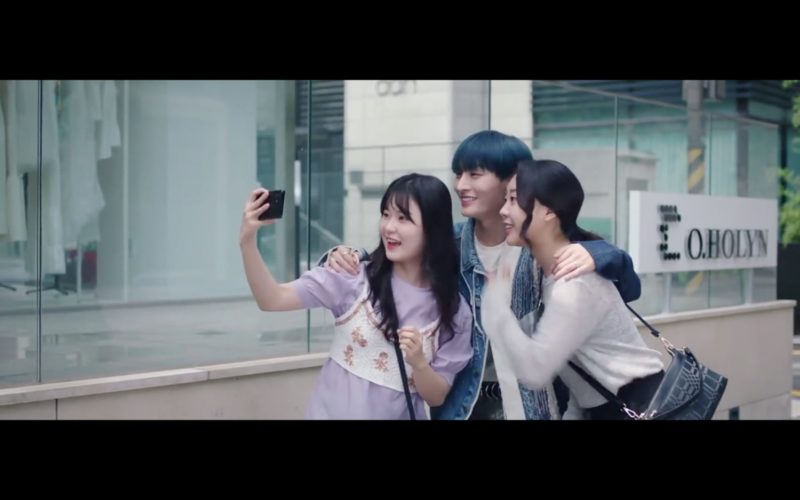 Disclaimer: This round-up is © Koreandramaland.com and is NOT PERMITTED to be reproduced/reposted on other websites, whether in part or in full, without prior consent or permission from KDL. All screencaps belong to KBS2, SBS, tvN, Netflix.

As 2021 comes to a close, so does our annual Roundups. Even with all the changes that continue to happen in our pandemic era, one thing (in our world) does not: and that’s how KDL is for the fans, by the fans. And we are ever so thankful to have the support of our readers and contributors alike!

So per our usual tradition, we’re concluding our 2021 Roundups together with our regular contributors, who tell us about their favourite scene (with the corresponding location) and filming site from 2021’s K-Drama offerings. Interestingly, one particular drama seems to be a top fave with us this year… read on to find out which!

In this fave scene of mine from episode 8, I was pleasantly surprised to see Ro-sa (Kim Hae-sook) taking over the keyboards. She replaced Seok-hyung (Yoo Dae-myung) who had rushed to the hospital after receiving an emergency call. Everyone is so happy and proud after playing Is It Still Beautiful (여전히 아름다운지) by Kim Yeon-woo (김연우). Glad to see her back to her cheerful self after being so down due to her health condition. Funny how I was smiling and crying at the same time all throughout this scene. 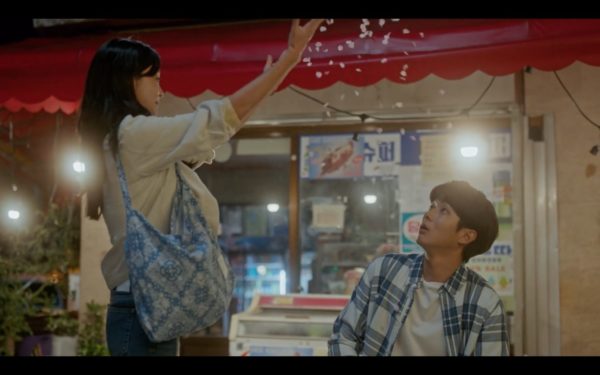 If all had gone as planned, I would have written up a scene from Dali and Cocky Prince. But I hadn’t managed to pinpoint a favorite scene as the whole drama was just that drama for me this year. Then came along end-of-year series Our Beloved Summer (yes, I am cheating a little bit time-wise) and this super sweet flashback scene in episode 3, in which Kook Yeon-soo (Kim Da-mi) surprises Choi Woong (Choi Woo-shik) with a shower of cherry flower petals in front of Jaha Super. And he recollects: “She showed this side of herself only to me. So I couldn’t help but love her.” 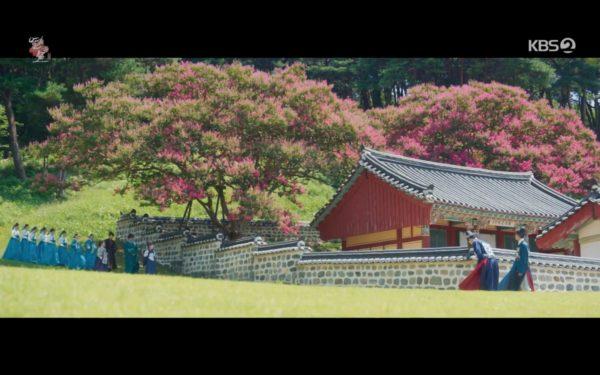 Isn’t the combination of crêpe myrtle trees and a seowon just to die for? Since its first sighting in episode 1 of The King’s Affection, Munheon Seowon has made me virtually travel the most this year, and it’s even on my real-life travel list. I think I can easily say that I’ve admired these trees’ flowers as much as the Crown Prince did on her walk through the palace grounds in episode 5, albeit having my screen in-between the trees and me. 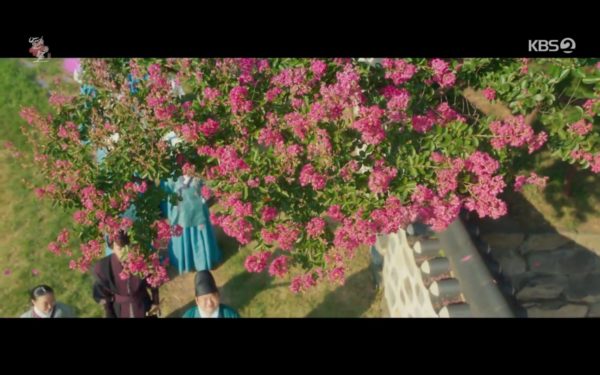 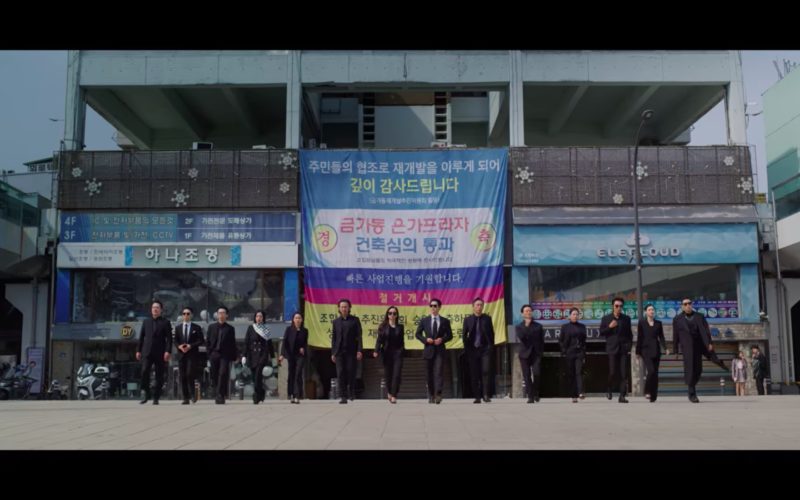 2021 was the year that introduced us to Vincenzo: a Korean-born, Italy-raised ‘corn salad’ extraordinaire  who’s just as lethal as his good looks. It was also through him that the otherwise sleepy ‘Geumga Plaza’ became the center of attention, as it lived up to its name as the house of gold. Amongst all the shenanigans that took place here (who could forget the Liberty Leading The People tableau scene in episode 7?), this episode 17 scene was probably the most iconic for me. Watching the #GeumgaCassanoFam collectively strut down the open square in a single, unified line made me so proud of how far they’d all come. That, and the shades of Mafia Black looked fantastic on each of them. 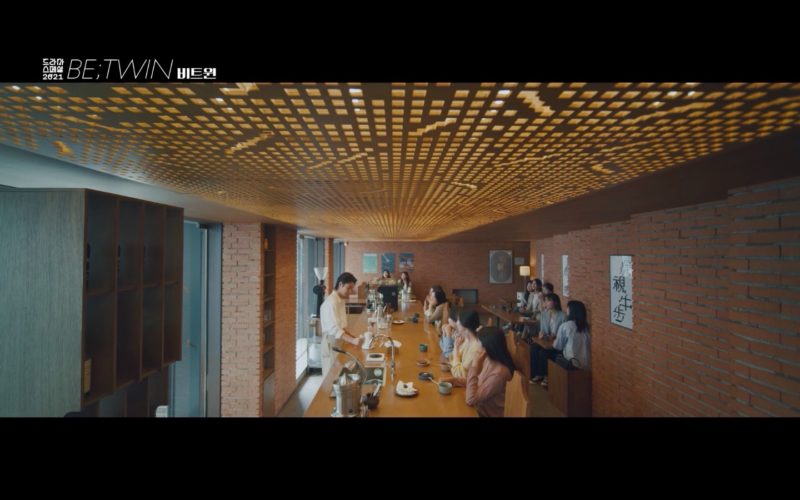 I love discovering locations with interesting back stories or fascinating factoids. Before this, there was the ‘rising from the ashes’ story of the former Eumseong Joongang Sacred Heart Medical Center, of how it had bounced back after a management change, only to face difficulties again years later; and Geochang Itae Sarangbawi (aka the ‘love rock’), with its fantastical legend about a doctor’s supernatural encounter.

After watching the KBS Drama Special Be;twin (which I also highly recommend), I did a search for the ‘brick building cafe’ seen in it and managed to track down the Yeonnam branch of Daechung Park. While reading up on the cafe’s branding rationale, this particular sentence stopped me in my tracks: “We learned that in old days of Asia, tigers used to be called ‘daechung’… meaning ‘big bug’.” …say what now? This led me on an hour-long search to find out more, and what a (linguistic/historical) eye-opener it ended up being – one that has stuck with me till now. Who knew that a cafe that I’d spotted in a one-episode drama would end up serving me a cultural lesson? Click on the listing link to read about it!

After a year of watching what seemed to be mostly dramas involving dystopian societies, revenge, gratuitous violence and dark themes, I thought I would end my 2021 Roundup on a more light-hearted note. 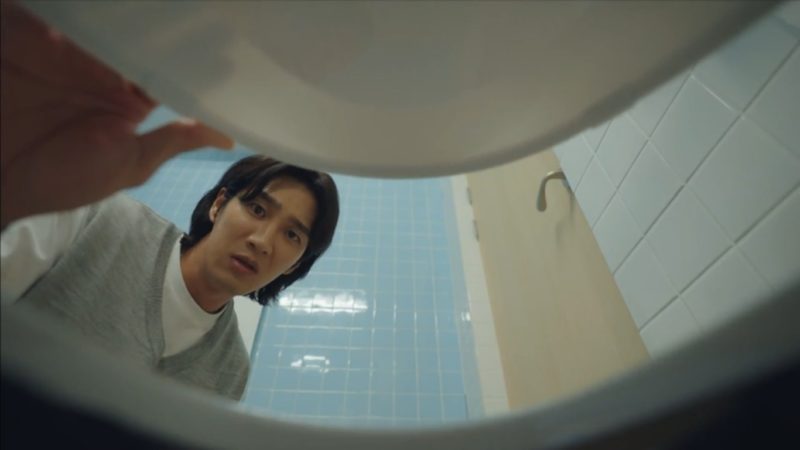 I started watching Yumi’s Cells with apprehension, not initially being a fan of the animation, but I was won over. My favourite scene occurred in episode 6 after Yumi’s birthday dinner when poor Woong (Ahn Bo-hyun), suffering from a bad reaction to the cream pasta, had to make an emergency dash to the toilet … We all know it’s going to end badly, and it did in a hilarious way! Koreans love toilet jokes, and this one is epic 😂 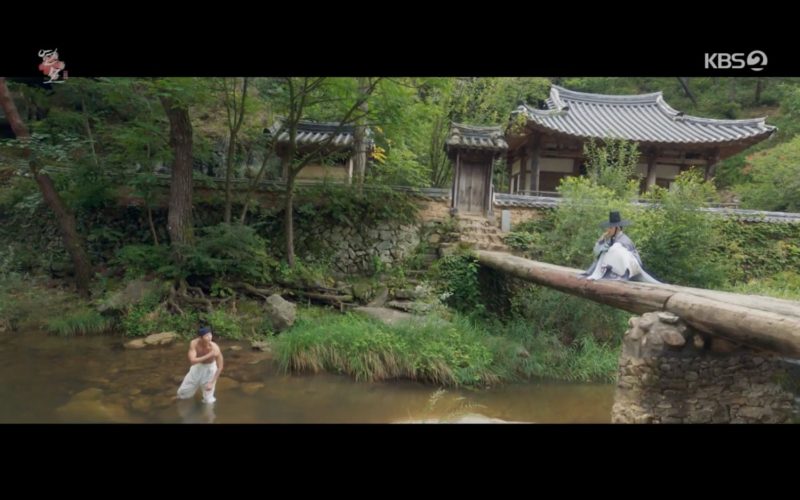 I’m a sucker for a great period drama – beautiful costumes, handsome heroes and picturesque historic locations. Manhyujeong Pavilion, a Joseon period building located in Andong, the cultural centre of South Korea, was featured in episode 4 of The King’s Affection. I can imagine myself wearing a hanbok and standing on the bridge, or sitting in silence in the residence reading or contemplating the forest (or any topless idols that may be washing in the stream!). This location is on my K-drama bucket list.

Thanks once again to Chelle and sarahms for contributing! And you – for reading and supporting, for your kind words (they mean so much!), and for simply sticking around.

Here’s wishing you and your loved ones a healthy, happy 2022! May there be brighter days for us all in the year to come. 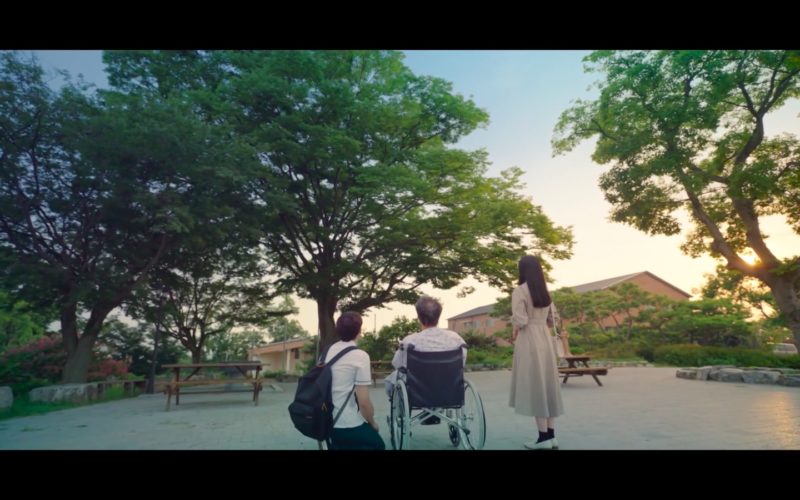