by Marion and Mich KDL

This past October, the Korean Tourism Organization (KTO) published a list of the ‘Top 100 Must-Visit Tourist Spots in (South) Korea for 2019-2020’, as determined by the country’s Ministry of Culture, Sports and Tourism. Based on their list, we decided to pen down our very own predictions for the 2020 K-Dramalandscape as our third 2019 KDL Round-Up.

Viewing the list brought to mind this thought: how many of these locations would actually be included in K-Dramaland this coming new year? What new location trends will we see more of, and what current trends will fade away?

Some of the announced locations have been already quite present on our screens in recent months (like Dongdaemun Design Plaza (DDP), Gungnamji Pond and Yangpyeong Dumulmeori, to name a few) and we are sure that they are here to stay… but we also already have some ideas about others places we might see more in the next months too.

At a closer look, we’d also noticed something interesting about the selected 100 places. One might think that the South Korean government would only pick national treasures, parks or UNESCO locations, or other public locations as museums or landmarks. But the Top 100 list also consists of quite a number of privately run locations, such as gardens, department stores, amusement parks and resorts. Some might have garnered high importance in South Korea (and K-Dramaland alike) — such as Lotte World — but it is still worth mentioning that South Korea chooses them to be nationally important.

With that, take a look at our K-Dramaland predictions for next year!

Songdo IBD has made KDL’s annual Neighborhood List for a third year in a row, and we’re not at all surprised. Over the years, Incheon has been a constant choice for drama, movie and even music video (MV) shoots, with claims that it’s become a ‘movie heartland to rival Busan’. From 27 movies and dramas being filmed there in 2008, this number was already surpassed in the first quarter of 2019 alone, according to the Incheon Film Commission. Its unique location offerings, visual similarities to neighboring city Seoul, and futuristic architecture continues to make it an ideal choice for scouts. Safe to say, Incheon will be gracing our screens for a long time to come. — Mich KDL

If you’re a regular and/or long-time K-Drama viewer, then Seoul’s Ikseon-dong and Incheon China Town should be no stranger to you, particularly when 2018 brought them up on the K-Dramaland map. I definitely look forward to seeing more of the near-hipster and gentrified Ikseon and colorful China Town on my screen. — Marion KDL 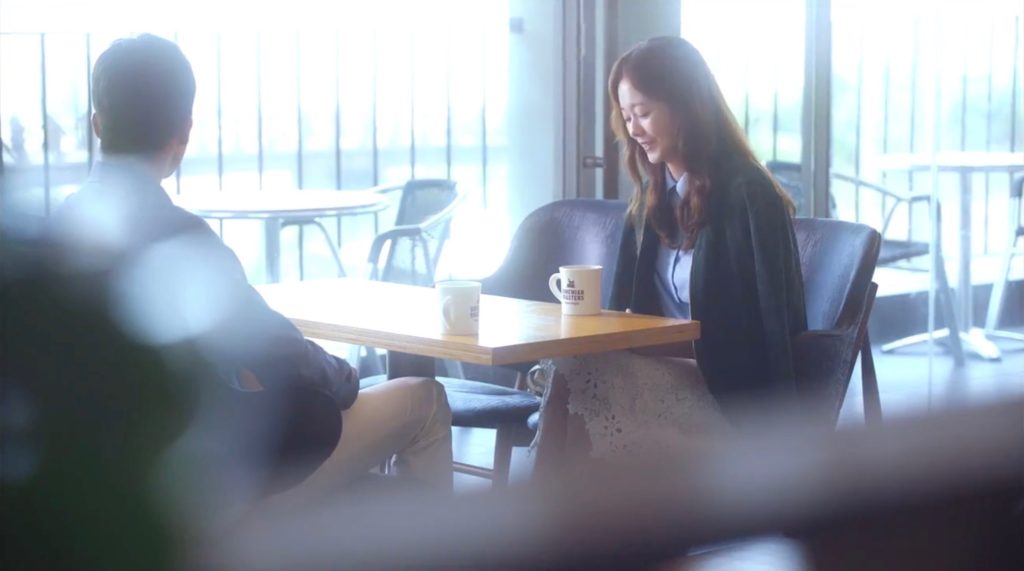 Baekhyeon-dong and Bojeong-dong Cafe Streets may have been popular location choices for cafes in recent years, but one other place we’d love to see pop up in a drama or two next year is Gangneung Coffee Street [강릉커피거리] — because why not choose a cafe in Korea’s ‘city of coffee’? We’ve seen how beautiful Gangneung is as a location over the years, especially those that overlook the sea, so we think it’s just a matter of time for their Coffee Street to finally shine as a destination. Location scouts, you heard it from us first! — Mich KDL

It is true that we haven’t seen this honeymoon destination for a while in K-Dramaland — at least not extensively. The last most extensive Jeju ‘screen trip’ we took here at KDL was through 2016’s On the Way to the Airport, and we would be more than happy to see some of its locations again (who else is curious about what became of this house?!), and seeing some palm trees on our screens. The new (media) attention on Jeju Island will also certainly benefit major companies such as The Shore Hotel Jeju, which has just undergone both a management and name change. We also wonder if this place will ever be back on the K-Dramaland radar. — Marion KDL 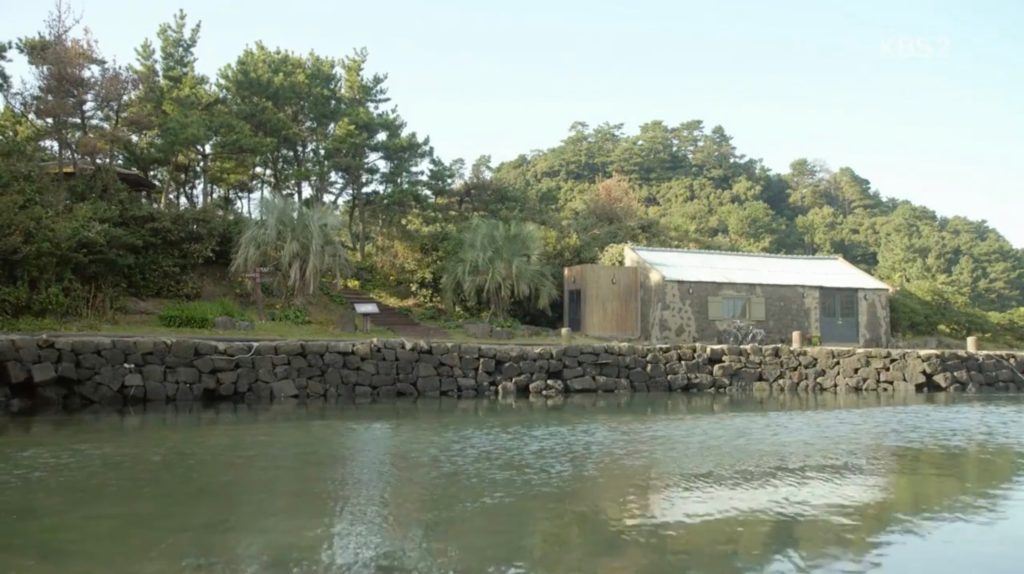 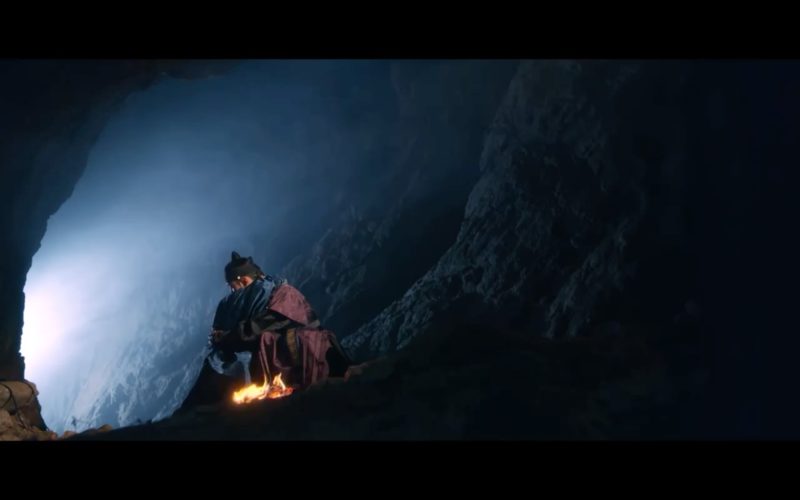 There is an impressive number of caves in the Top 100 list, with Gwangmyeong Cave being amongst the featured four. This is far more than the ‘cave moments’ we’ve seen this past K-Drama decade; such as 2009’s Boys Over Flowers, a Portugal one in 2018’s The Third Charm, even one in the recently concluded The Nokdu Tale. While this might seem to be a little at odds with the K-Dramalandscape so far, our hunch for 2020 is that we might see some more caves written into the K-Dramas to come. — Marion KDL 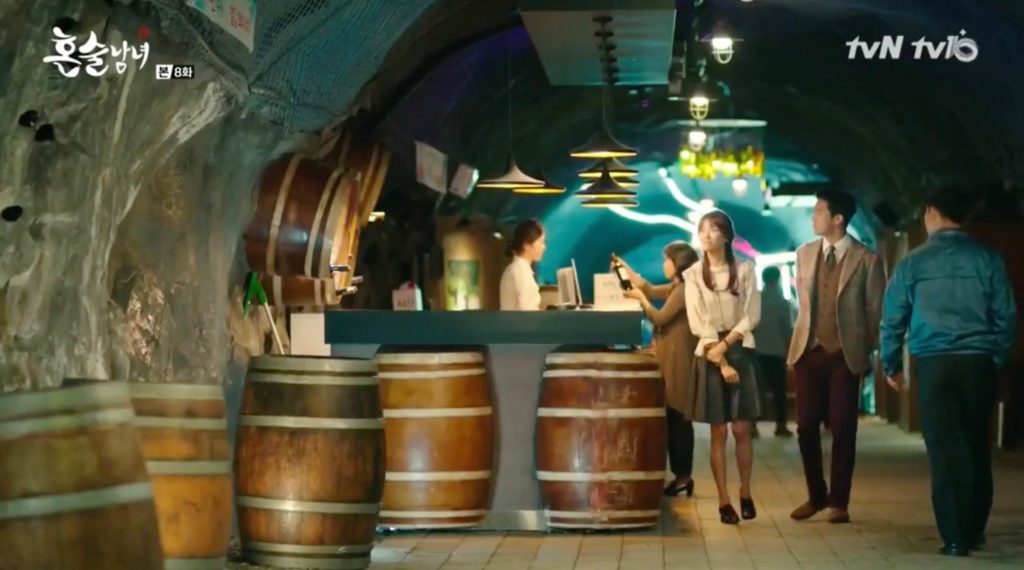 The Return of 2000s Locations

Some key 2000s locations like Cheongnamdae Presidential Villa and Daemyung Resort Vivaldi Park will make a comeback in 2020 if we can judge according the Top 100 list. I am especially curious if Namiseom Island/Nami Island and Oedo Botania will be able to shake off their long-standing partnership with Winter Sonata (2002-03)? How memorable must the scenes be so that these places’ resonance of Winter Sonata will fade into the background? — Marion KDL

For curious sageuk (historical dramas) viewers wanting to know where their filming locations are, film sets had always been the safest bet … until now. 2020 might prove to be a game changer, especially if the royal grounds and palaces featured in the Top 100 list would also find their way to our screens. An alternative bet would be for more time-travel or time-transcending dramas, à la Goong, Goblin and Extraordinary You, which have already set milestones as to how palaces in the Joseon times can be integrated into a modern, contemporary story. — Marion KDL

Quite a number of UNESCO world heritage sites appear in the Top 100 list. Some of these cultural and historical-laden places have already appeared on our screens from 2018,  but we are happy to learn about more of them, so as to better delve deeper into South Korea’s history. Though, we must admit: writing up their descriptions is a somewhat tedious task! This is because there are often multiple dates linked to these sites, and the stories told about them seem to diverge in most cases — something we look less forward to. — Marion KDL 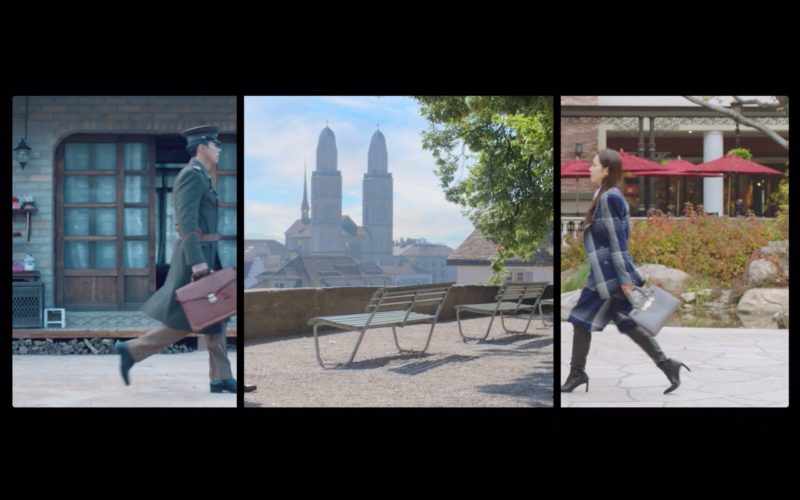 We somehow have a feeling that North-South Korea relations could once again become a key narrative trope in next year’s screen stories, if end-of-year drama Crash Landing on You is anything to go by, and how two DMZ related-locations –Paju DMZ and Goseong DMZ Museum– are up in the Top 100. One of our questions here, of course, is where they will film the North Korea location stand-ins; especially since the one film set to do so, KOFIC Namyangju Studios, closed down this year? — Marion KDL

We look forward to seeing which of our 2020 K-Dramalandscape predictions will come true! Do you have any predictions of your own? Let us know in the comments!