Once again, we’ve reached the end of another year’s K-Dramaland roundups. It’s amazing indeed to see how much can change within a year (as the whole world can attest to), and yet, fascinating too to bear witness to these shifts.

To round up our 2020 series, we’re pleased to bring back a KDL tradition (2017, 2018, 2019): getting our regular contributors to tell us about their favourite scene (with the corresponding location) and filming site from 2020’s K-drama offerings. Let’s see if we share any of your favorites too! 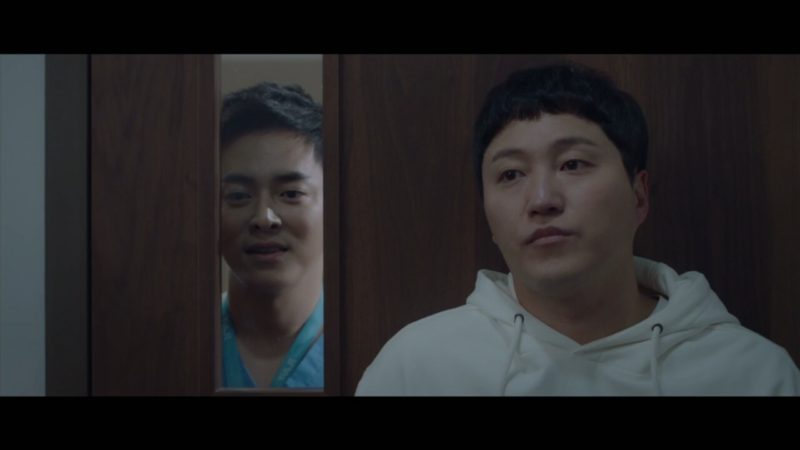 With so many good scenes in Hospital Playlist, I had a hard time picking just one. After much deliberation, I chose episode 10’s Wangsimni Station scene, which you’ll have to watch for more context. To be honest, there is no deep meaning behind why I love this scene. It just cracks me up whenever I see the clip, or even when I am just reminded of it. How I wish I could have a friend as goofy as Lee Ik-jun (Jo Jung-seok), who brightens up the mood even on the toughest of days.

Seeing my fave Age of Youth girls Han Ye-ri and Park Eun-bin having heart-fluttering scenes here in their 2020 dramas (My Unfamiliar Family and Do You Like Brahms? respectively) is enough for Deoksugung Palace Stonewall Walkway to win my heart. 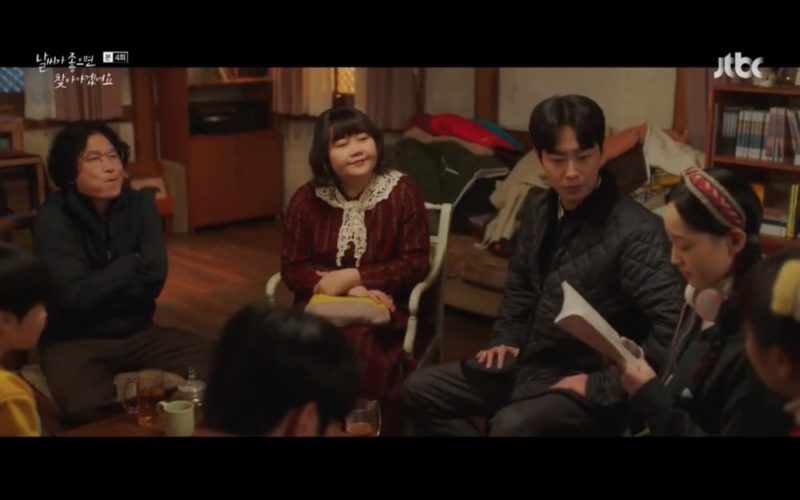 Favorite location: Goodnight Bookshop in When The Weather Is Fine (especially on Book Club evenings)

The warmest location I have seen this year — full of encouragement, teasing, good books, and treats roasted by Grandpa.  All ages are welcome.  Sitting in a cozy circle in mismatched chairs around a low table, reading or reciting passages. This is the heart of this drama. The place that connects most of the side-characters in the village with the two leads. There are many lovely scenes that take place in the in the bookshop: Eun-seop writing in his blog, he and Hae-won beginning to open up and falling in love with each other; but it is the Book Club that stays with me… and makes me want to do a re-watch. Perfect for this time of year! 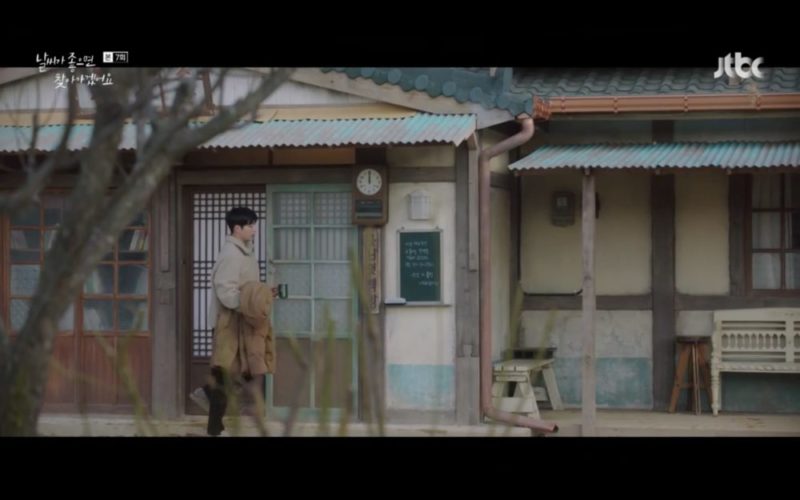 Favorite scene: When the Weather Is Fine

“Eun-seop starts each day of his with a coffee and a book.” This is how I summarized the scene above. But there is more to it that makes it my favorite scene of the year. To observe somebody starting his/her day with a routine that centers –but also opens– the mind, was soothing. It was a routine to emulate (which I did for a while!) as it not only helped me to make sense of, and make confinement liveable, but also allowed for moments of calm (and joy) in a frenetic work-year.

It seems to me that the common thread through all my favorite places this year is the calm and silence, and the inner comfort they can provide. I immediately fell in love with Ha-won’s house in A Piece of Your Mind, and its huge wooden windows that open up to the perfectly-sized inner garden. That the house at first was nearly unfurnished probably only enhanced the shelter-like feeling of this home. In the same time, the way Ha-won lived in this place and welcomed Seo-woo in a way that it became their home made it seem a good place to be.

Park Joon-young’s secret spot at Gyeonghui Palace/Gyeonghuigung [경희궁] and Koo Se-ra’s Sunset Land come in second and third as the same type of places this year.

Hands down my favorite scene from a drama this year, and one that caught me most by surprise. I adore how well Nana and Park Sung-hoon captured the shy longing and bashful jitters between the newly-minted GongSera couple in episode 10, who were finally able to just be with each other without needing to hide their relationship. Well, that was until Woo-young (Kim Mi-soo) and Ja-ryong (Choi Go) caught them in mid-embrace. This scene is equal parts sweet and fluttery, with spot-on comic timing, and really cemented Se-ra and Gong-myung as possibly one of my fave K-Drama couples of all time. I will probably never tire of watching and re-watching it, as I’ve already done!

A Piece of Your Mind has a very special place in my heart, mostly because this was the drama that I followed while being under partial lockdown. In a time of uncertainty and confusion, it brought me much solace, just like a gentle breeze.

One scene in episode 10, where Ha-won (Jung Hae-in) met Seo-woo (Chae Soo-bin) halfway –also known as banbogi (반보기)— on a street lined with beautiful cherry blossom trees, was particularly tender and comforting; a feeling that was just right for spring, and even a time of safe distancing. Good vibes aside, I knew I had to track down this location, and while it took me quite a number of hours sleuthing on a Saturday afternoon, I’m SO glad I managed to find it eventually. The euphoria of my success stayed with me for quite a while, making me momentarily forget that I was considerably distanced from the rest of the world.

In this parallel world drama, Woo Do-hwan plays doppelgangers: both the suave Jo Yeong, and king of aegyo Eun-sup. These two very different characters swapped identities and worlds and provided a lot of humorous scenes and satoori (accent/dialect). I love this New Year’s Day scene with Eun-sup’s family in episode 10, with Yeong all dressed up in a rather ugly hanbok and Eun-sup’s seven year old sister blowing his cover and threatening to call the police, with the rest of the family oblivious of the switch.

This location is an old favourite that pops up when you least expect it, even if it is just peeping over the steps in the background (I’m talking about you, Record of Youth). I first discovered the tunnel in 2015 when I was living in Sinchon, and on every subsequent trip to Korea, I have to visit and check out the artwork. I’m always excited when I see the tunnel in a drama, like in episode 7 of Private Lives, and love how it can take on a mystical aura.

Thanks once again to Chelle, L.C. Lou, and sarahms for contributing! And to you: for following our round-up series for the year, and supporting KDL in whatever ways you do, even during our toughest times.

Regardless of what 2021 might bring, one thing we can be sure of is that we can continue looking forward to more K-drama goodness. In the meantime, wishing you and your loved ones health and happiness in the new year 🙂 Stay safe and have a merry festive season!