So, we’ve come to our final roundup for 2018. Hope you’ve enjoyed what we’ve put together for this year! As always, it was quite a trip down memory lane, reminiscing about the moments that took place at various locations and neighborhoods that showed up on our screens this year.

Keeping to KDL tradition, we’ve asked some of our regular contributors from this year to tell us about their favourite scene (with the corresponding location) and filming site from 2018’s K-drama offerings. Read on and see if we mentioned your favourite scene or location too! 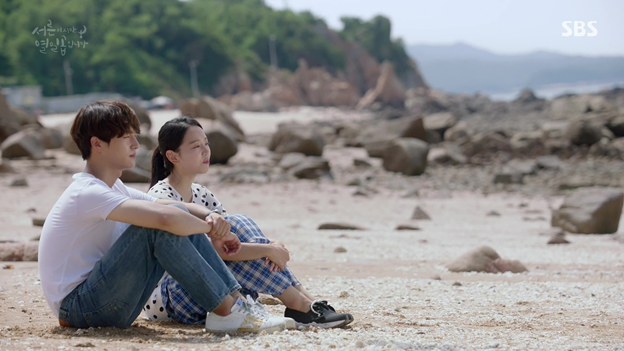 The entire beach scene in Episode 16 of Still 17 is a no-brainer pick for my favorite scene out of all K-dramas I’ve watched this year. I could not get over how brilliantly written and perfectly executed this scene was. For me, the winning part was Seo-ri’s (Shin Hye-sun) ‘intermission’ analogy – that what happened to her was just a brief pause and that it was not yet over, for another awesome performance awaits. *brb crying*

Also from Still 17, this overpass/bridge is one of the most memorable filming sites of this drama. It became the place for Seo-ri and Woo-jin (Yang Se-jong)  to go to when they needed to see each other and didn’t know where else to look. When I go to Korea, I want to take a picture on this bridge and re-enact the scene where Seo-ri is doing the rabbit hand sign.

When I first saw this place in the drama Suits, I knew that I had to make a trip to visit it. I really wanted to be able to enter when I visited, and just sit inside to study, but it’s a pity that it’s not open to public. Despite that, this is definitely my favourite location.

The scene in episode 12 where Do Kyung-seok (Cha Eun-woo of ASTRO) finally confessed his feelings to Kang Mi-rae (Im Soo-hyang) while they’re both under one umbrella, but still got soaked in the rain. I’d already seen and read some spoilers before watching but I still cried when I actually saw the full episode with this scene.

This goes to Mi-rae and Hyun-jung’s dorm. 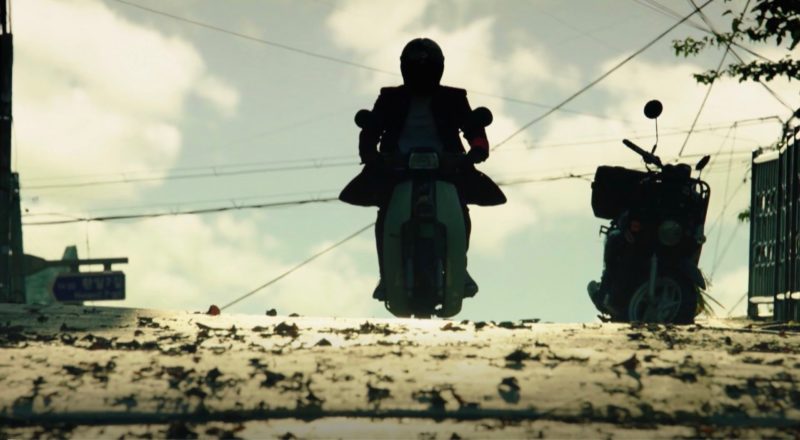 Kang Bok-su (Yoo Seung-ho) cruising on his scooter in slow motion through Seoul on the soundtrack of ‘Beat It’? Simply. Epic. And definitely one of the best character descriptions ever seen in K-Dramaland.
Why did I have to wait until the end of the year for this?

Definitely this very atypic building for K-Dramaland, that introduced me to Cha Un-ki [차운기] (1955-2001), one of South Korea’s most iconoclastic architects.

It actually took me a browse through my Seoul trip photos from this past May to remind myself of my favorite scene! How could I ever forget this sweet moment between Jwa Yun-i (Baek Jin-hee) and Nam Chi-won (Choi Daniel)? As I’d written in my 5 Favourite Jugglers Locations article, this was“a place where they finally faced up to their feelings for each other – and were all the more happy for it.” Indeed, no words needed to be exchanged; the loving gazes and sweet smiles said it all.

The stage was set for me to feature the 3.1 Movement Stairs [3.1운동계단] from Why Secretary Kim in this section (because I’ve been there… and how not to love Lee Young-joon’s (Park Seo-joon) ‘Instagram Boyfriend’ pose in the scene!), but when this street came up again in Mama Fairy and the Woodcutter, I knew I had to make the switch. I first came across this street in You Drive Me Crazy! and since it was filmed earlier in the year, it was lovely seeing it lined with cherry blossom trees. In The Third Charm, its greenery was still in plume, while there are hints of red foliage in Mama Fairy. It’s like I’ve seen this street evolving through the seasons this year — and I’d love to see it for myself in person on my next trip! It’s already on my list, of course 😉

Thanks once again to Chelle, Florence and Iris27 for contributing! And to you: for following our round-up series for the year, and supporting KDL in whatever ways you do. We look forward to more K-drama goodness to come in 2019 — in the meantime, have a merry festive season! Wishing you and your loved ones health and happiness in the new year 🙂