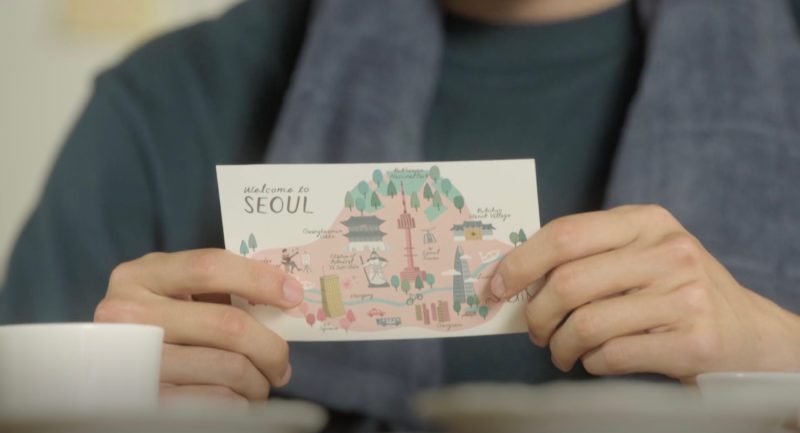 by Marion and Mich KDL

Just as locations are important to a K-Drama, one must not overlook the neighborhood that it’s in. This culmination of numerous locations brings it — its character, personality, vibe — to life, and there’s much that we can learn about it as a whole through it!

So — what have we learnt in 2018? Possibly, that there are many neighborhoods with a certain longevity in K-Dramaland, and many others that don’t. Surprisingly (or not?), a little over a half of 2017’s neighborhoods made it to this year’s list, with others we barely saw this year (where art thou, Ihwa Mural Village and Hoehyeon-dong?). Also, having a neighborhood featured in a popular drama doesn’t equate to its profile boost – for example, Itaewon may have been the at the heart of My ID Is Gangnam Beauty, but unfortunately, it isn’t anywhere on this year’s top list. 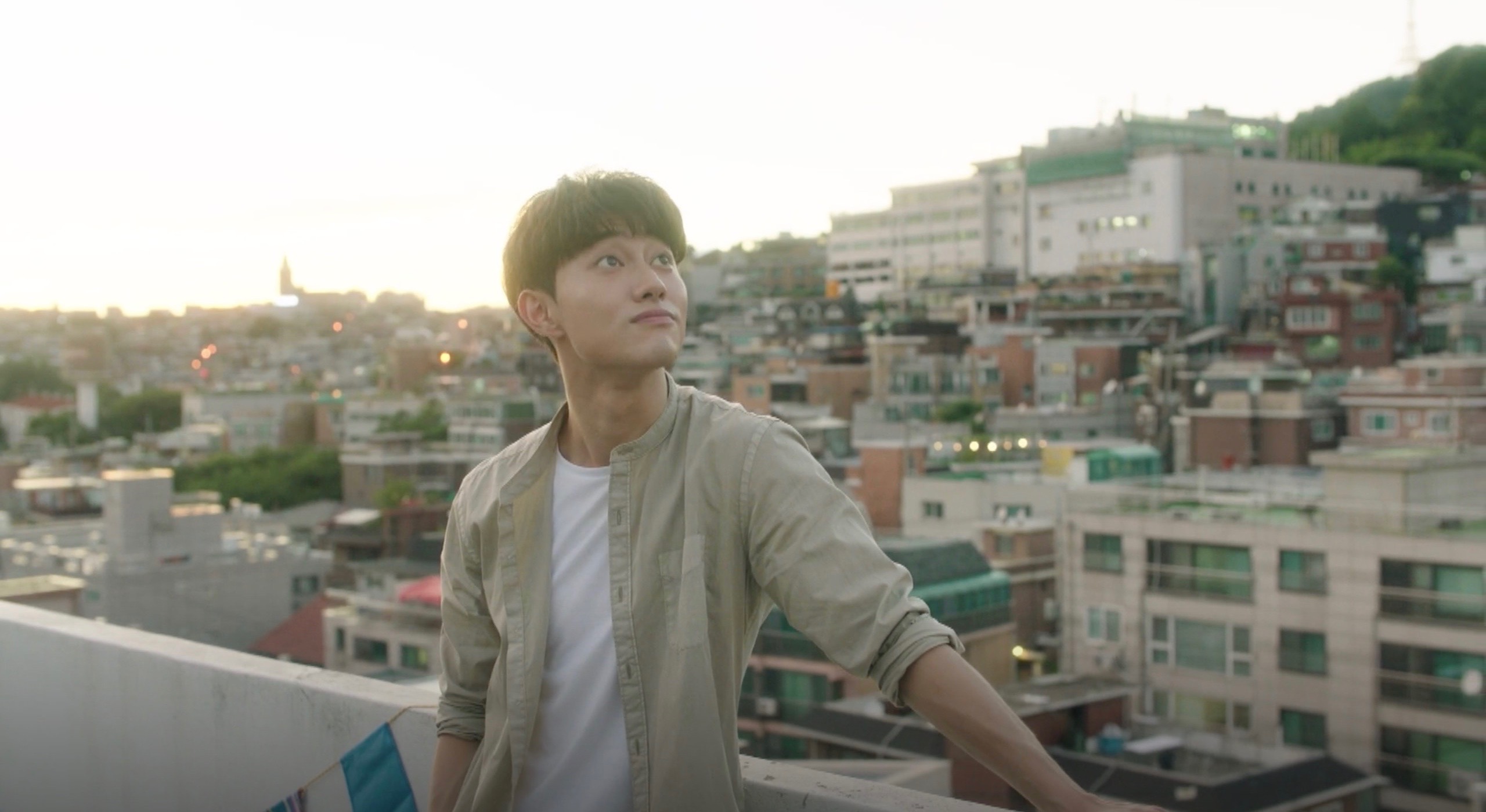 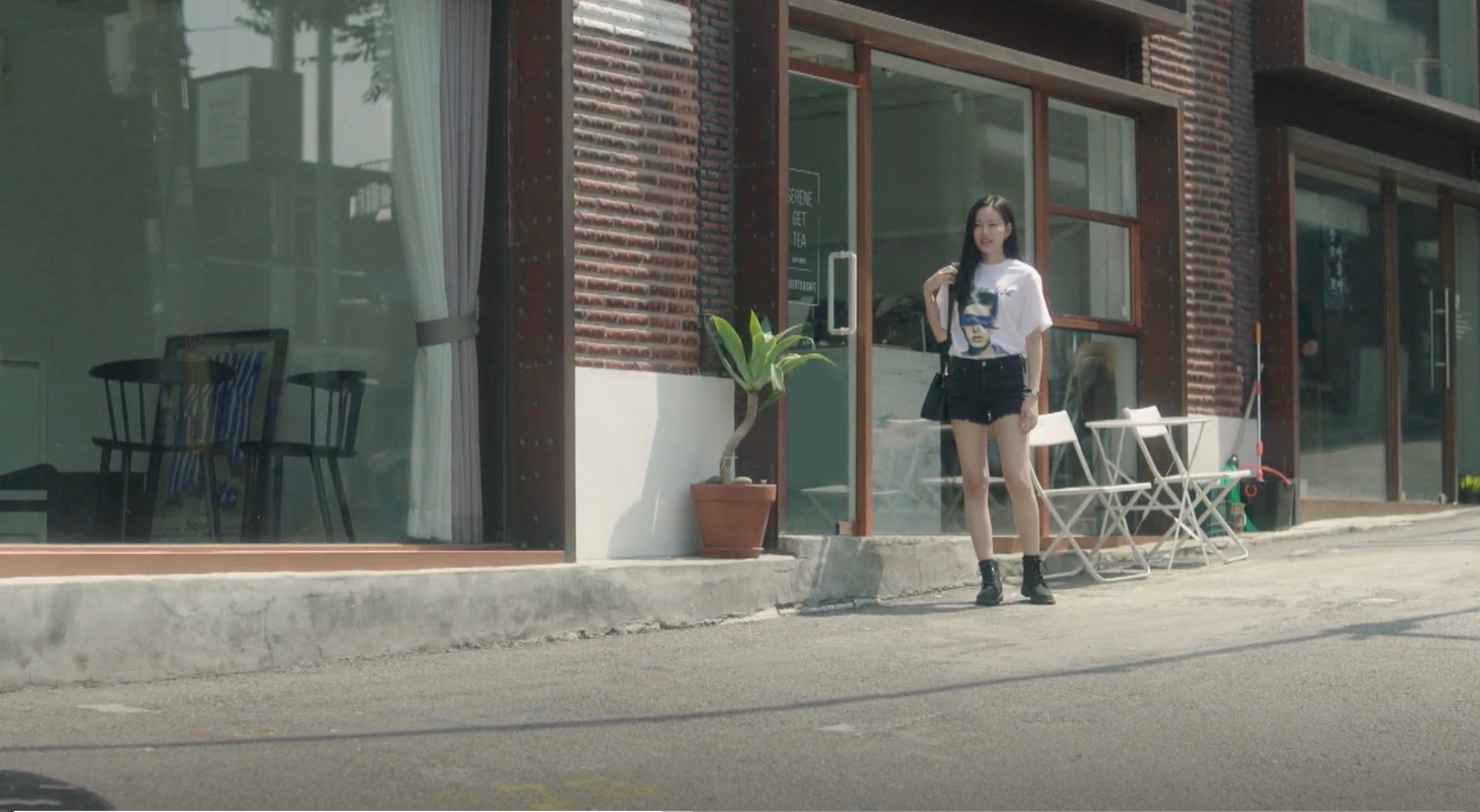 This year, we’ve decided to keep our review of our 2018 K-Drama neighborhoods short and sweet, as these will make way for something exciting to come in 2019: neighborhood overviews! Till then, take a look at the neighborhoods that made our list this year. 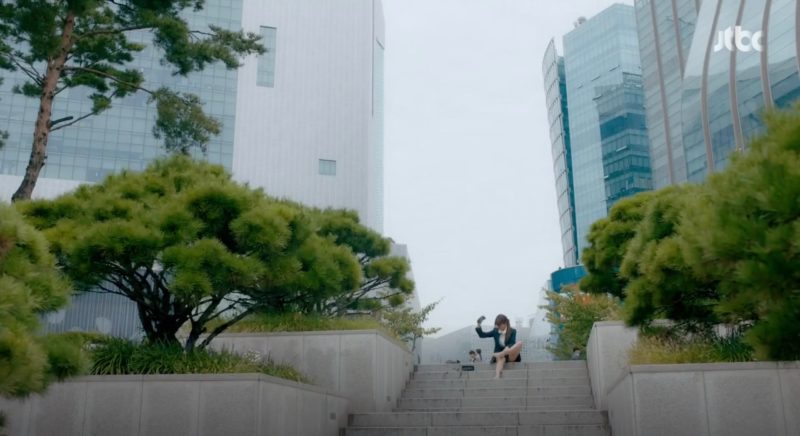 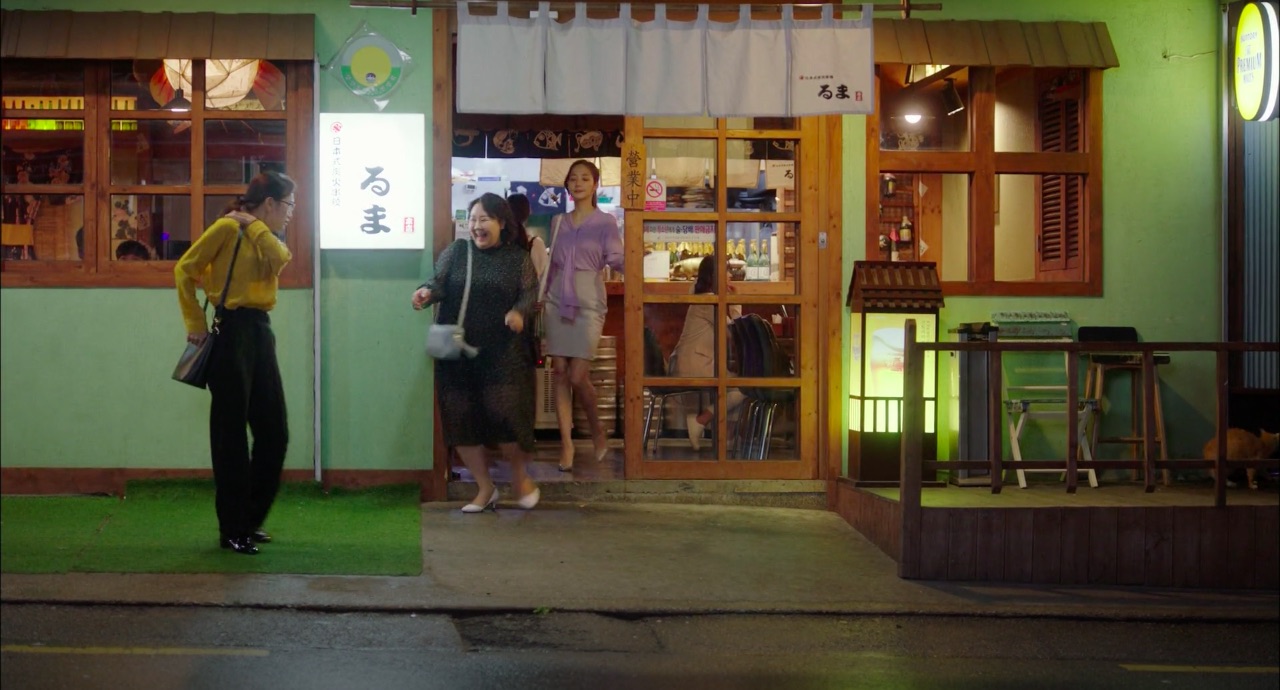 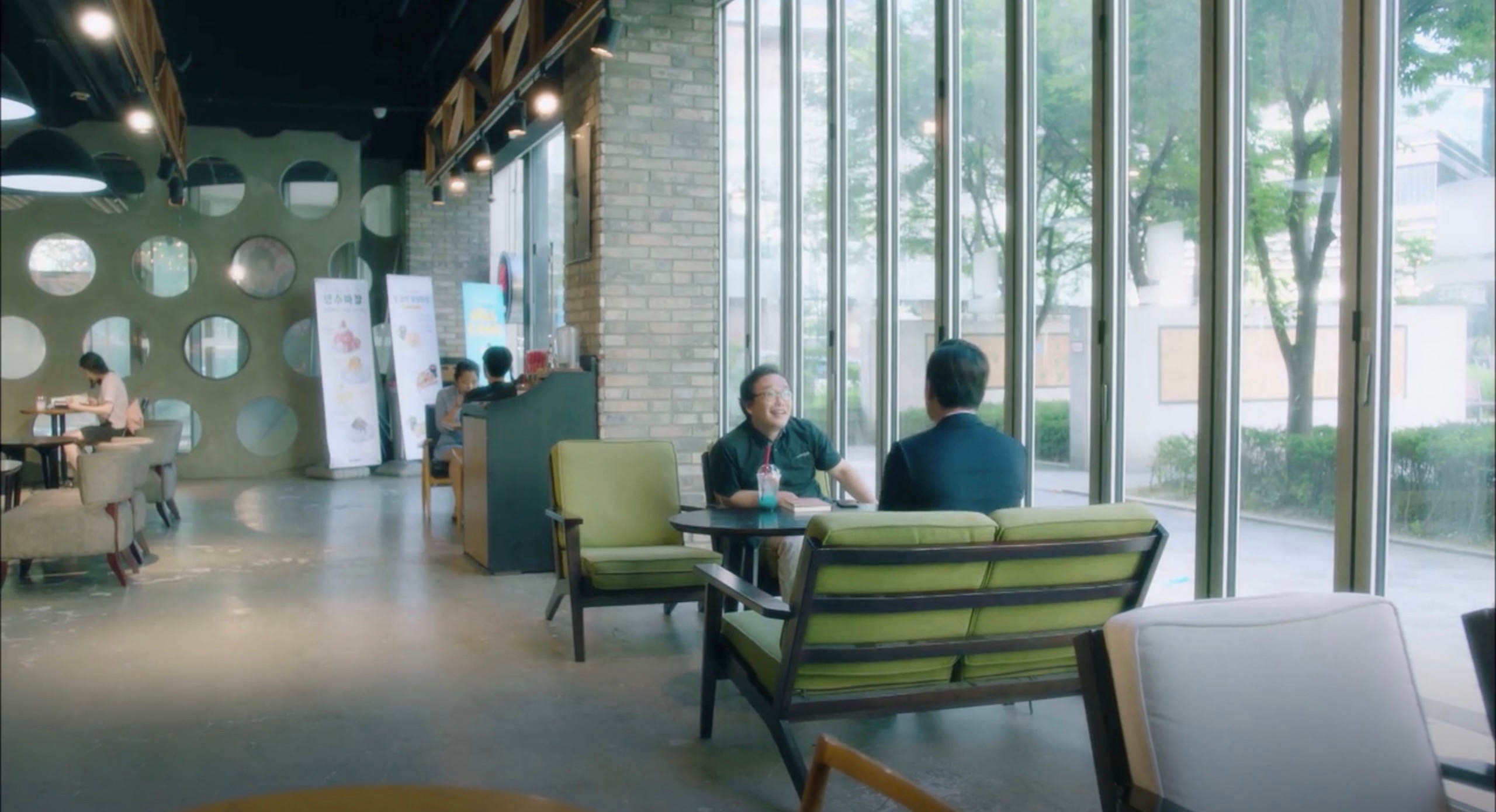 If there’s anything I’ve learnt about Sangam-dong [상암동] [20] this year, it’s that it’s certainly much more than the sum of its parts! Aside from its usual media building-centeredness (because of… convenience?) K-Dramas this year have done a little more out of their way to show other parts of this area, like its subway stations, side streets, eateries, cafes and even an apartment building. A pochangmacha situated randomly in the middle of a brand new, yet to be opened bridge? Take me there (especially if it’s to have a drink with Jin-hyukkie oppa)! — Mich KDL 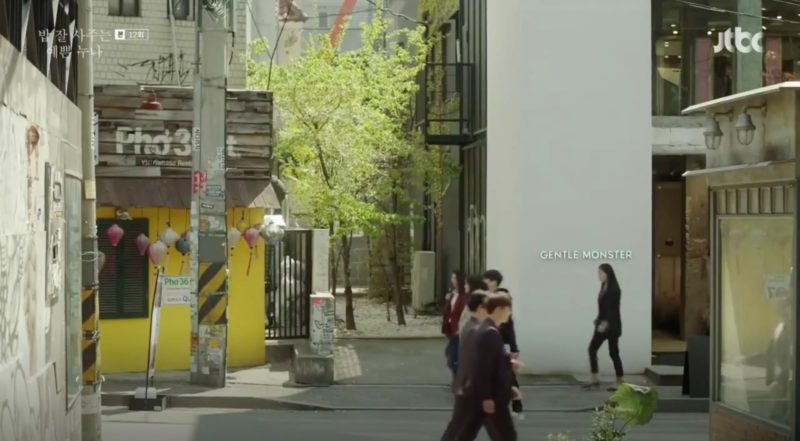 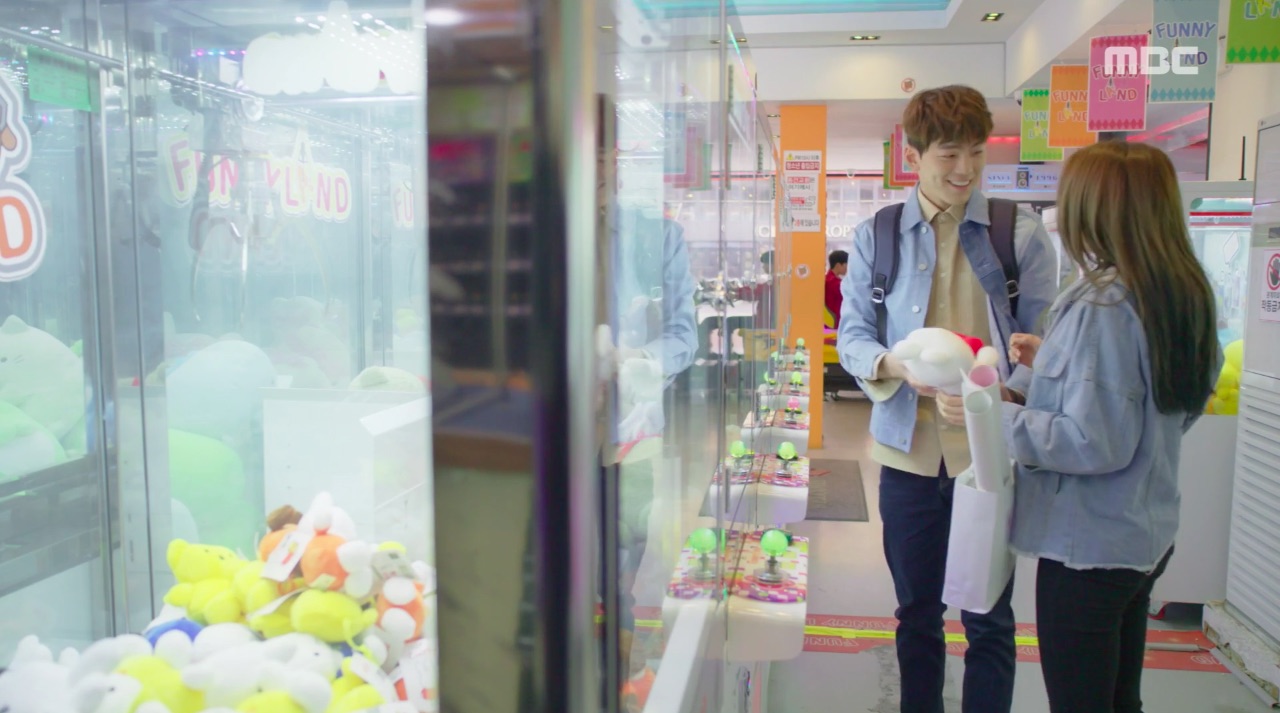 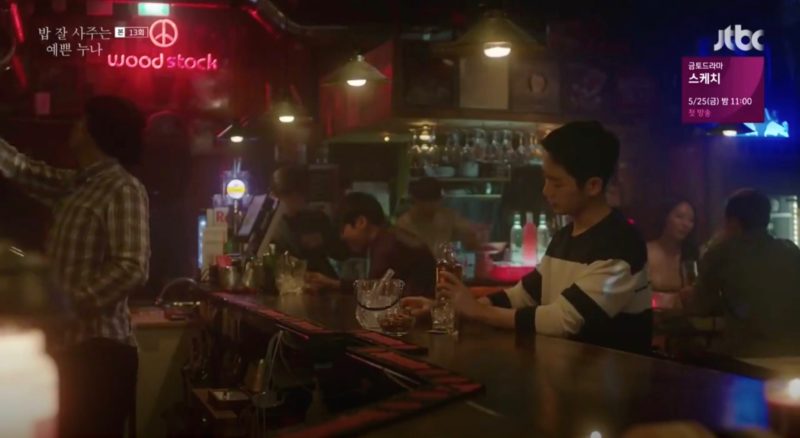 Yeonnam-dong may have come up tops in last year’s list, but it’s another of Hongdae’s neighborhoods that made it this year. Seogyo-dong [서교동] [17] has been quietly hardworking in 2018, featuring in dramas like The Third Charm, Time, To.Jenny and Something In The Rain. The diversity of locations we’ve seen has also been rather impressive, with a tteokbokki store, LP bar, arcade and eyewear store being amongst the ones featured on our screens. I’m also happy that Eoulmadang Street has been spotted in a number of 2018’s dramas, as a place for blind date meet-ups, band performances, and even a musical love confession. — Mich KDL 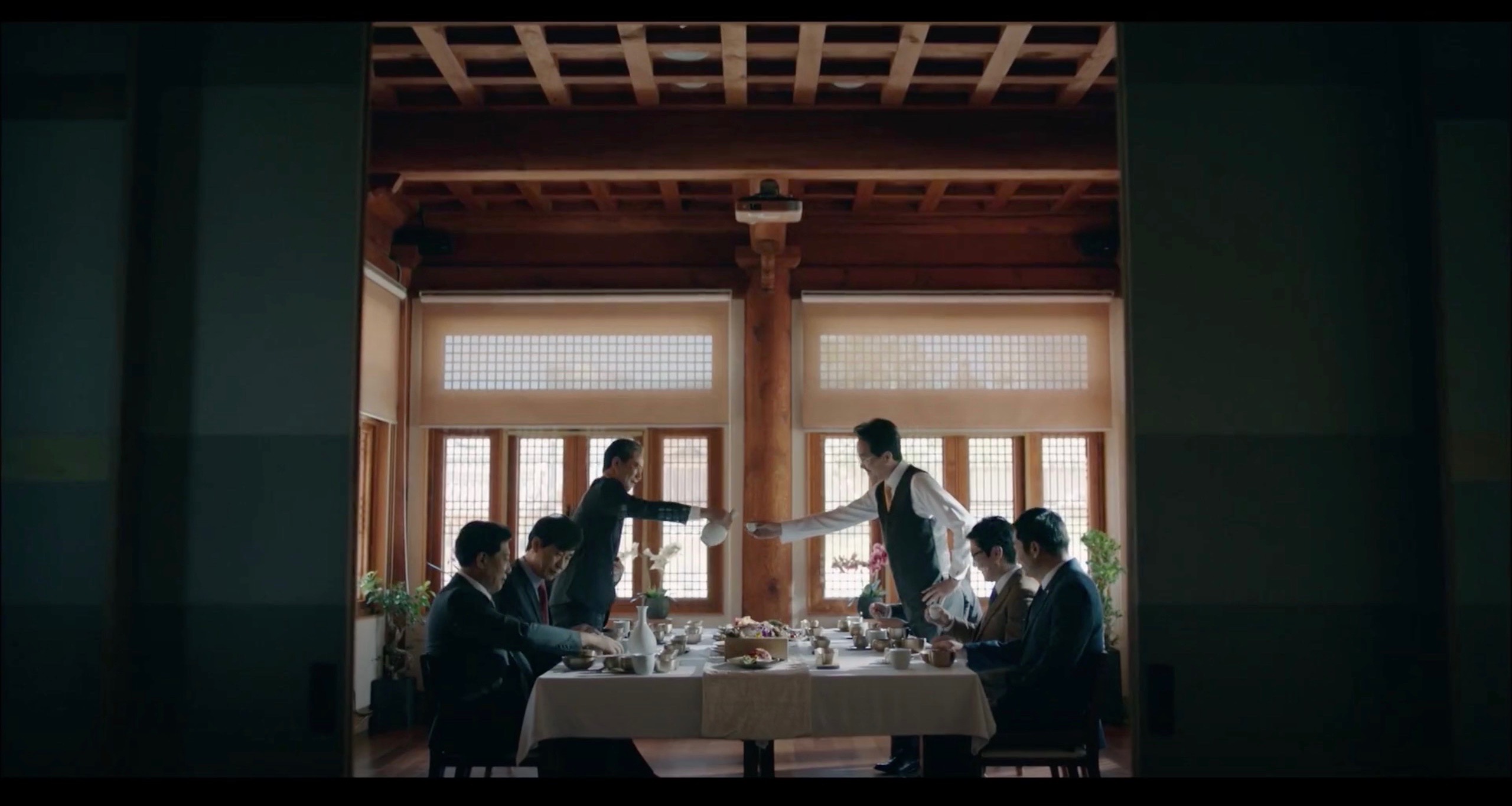 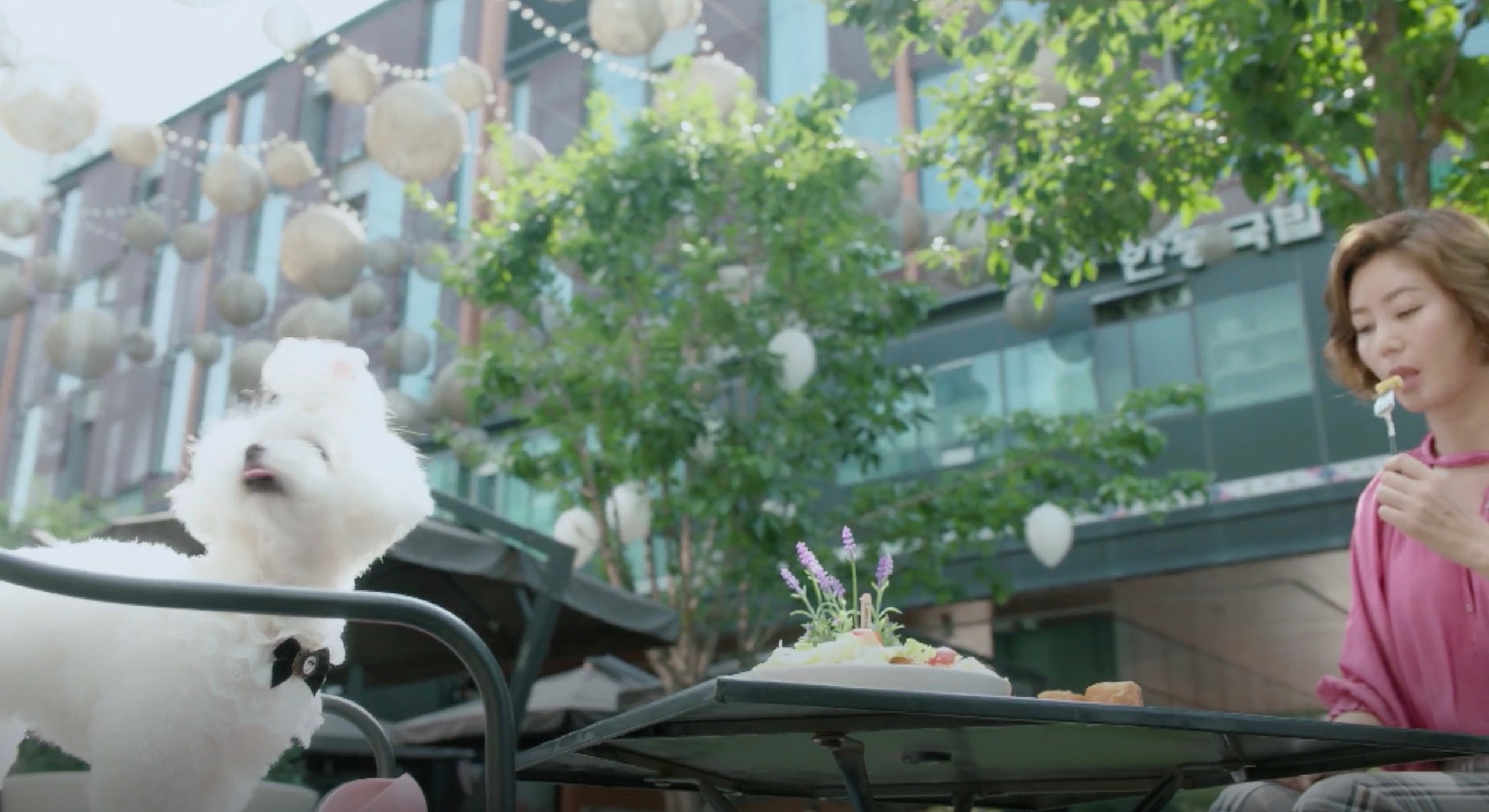 Like last year, Incheon’s fancy business district Songdo International Business District (Songdo IBD) [송도] [15] was a fixture on our K-Drama screens this year — particularly because of Are You Human?. What better landscape could fit an AI-focused drama than this up-and-coming area? Besides the already ‘classic’ locations like Neat Tower, Gyeongwonjae Ambassador Incheon, Tri-bowl and Oakwood Premier Hotel, new places like NC Cube Canal Walk and Hosu 1 Bridge were the most featured locations in 2018. — Marion KDL 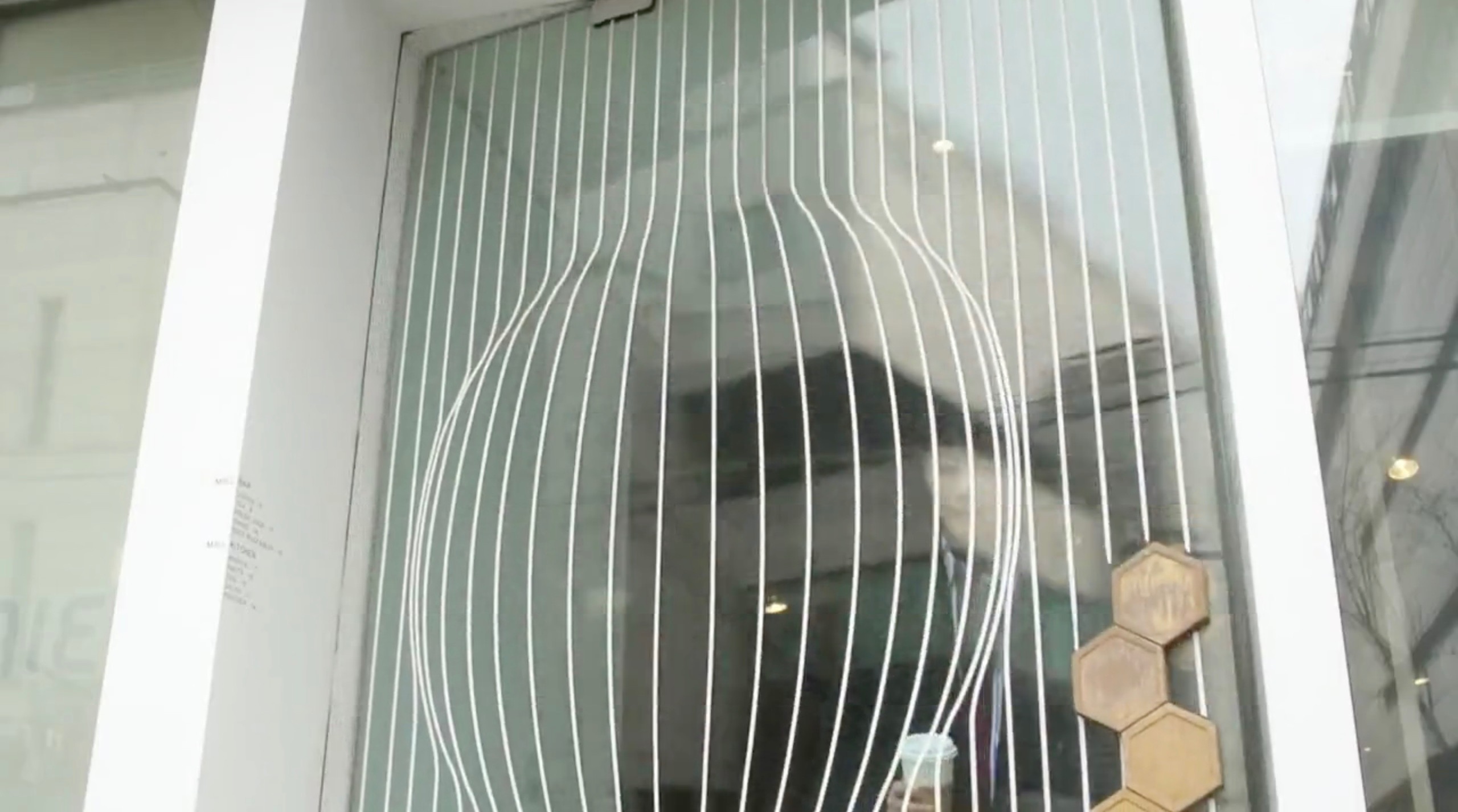 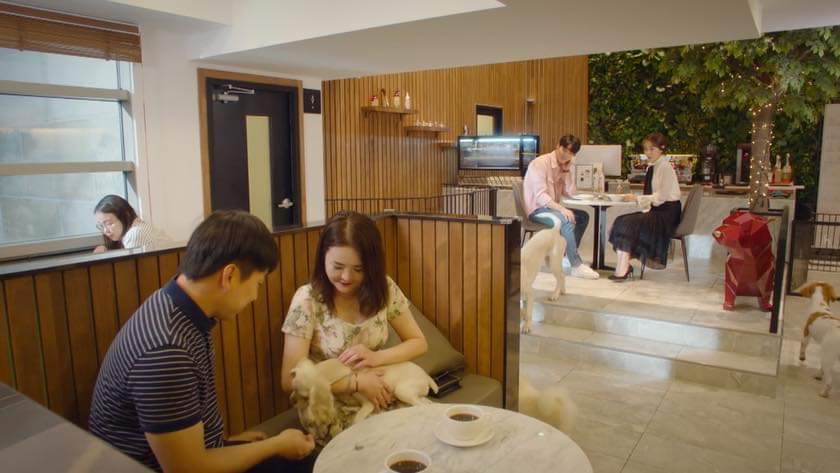 This is probably an area that I’d associate myself with the least, even on my trips to Seoul, simply because I’ve always been more of a ‘north of the river’ kind of gal. But there were some interesting locations in Cheongdam-dong [청담동] [15] that piqued my interest this year, like this pet restaurant of sorts and this uniquely designed cafe-gallery. As always, these locations couldn’t be more high-end — luxury watches or designer wedding gowns, anyone? One surprise for me though was seeing Cheongdam station immortalised from the early 2000s — I’ll need to make a trip there the next time to see how well preserved it is in the present day! — Mich KDL 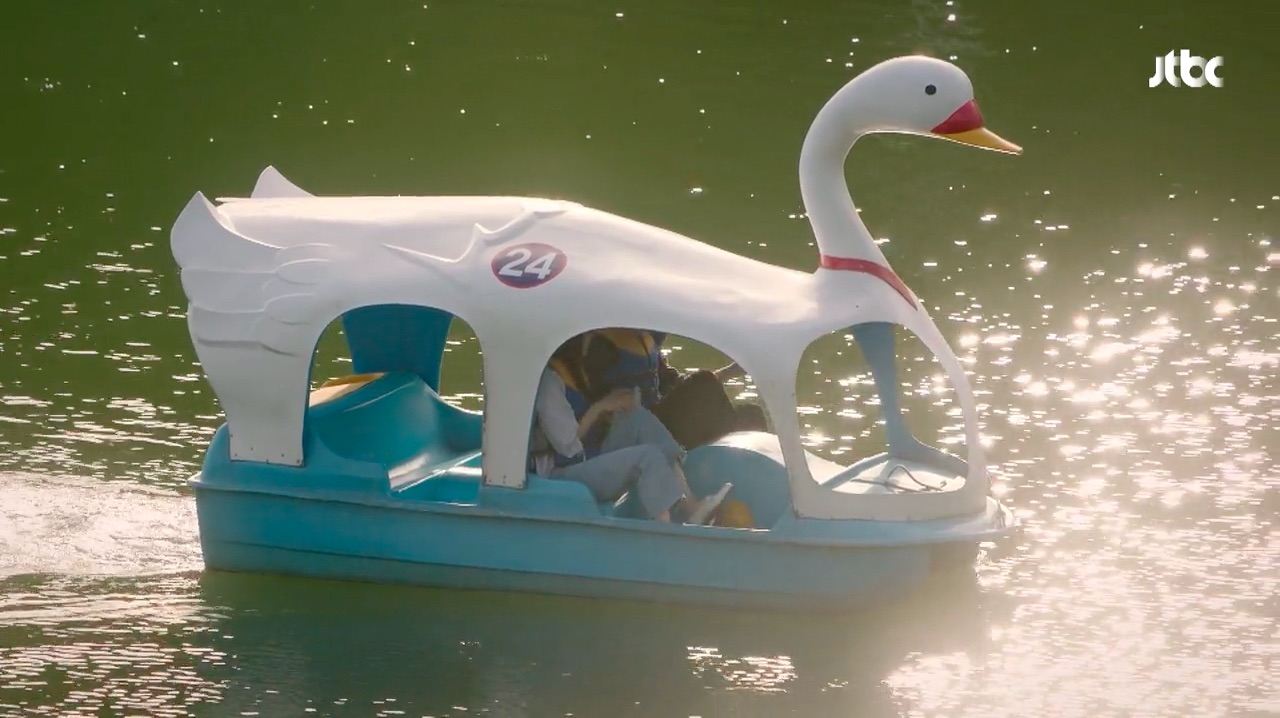 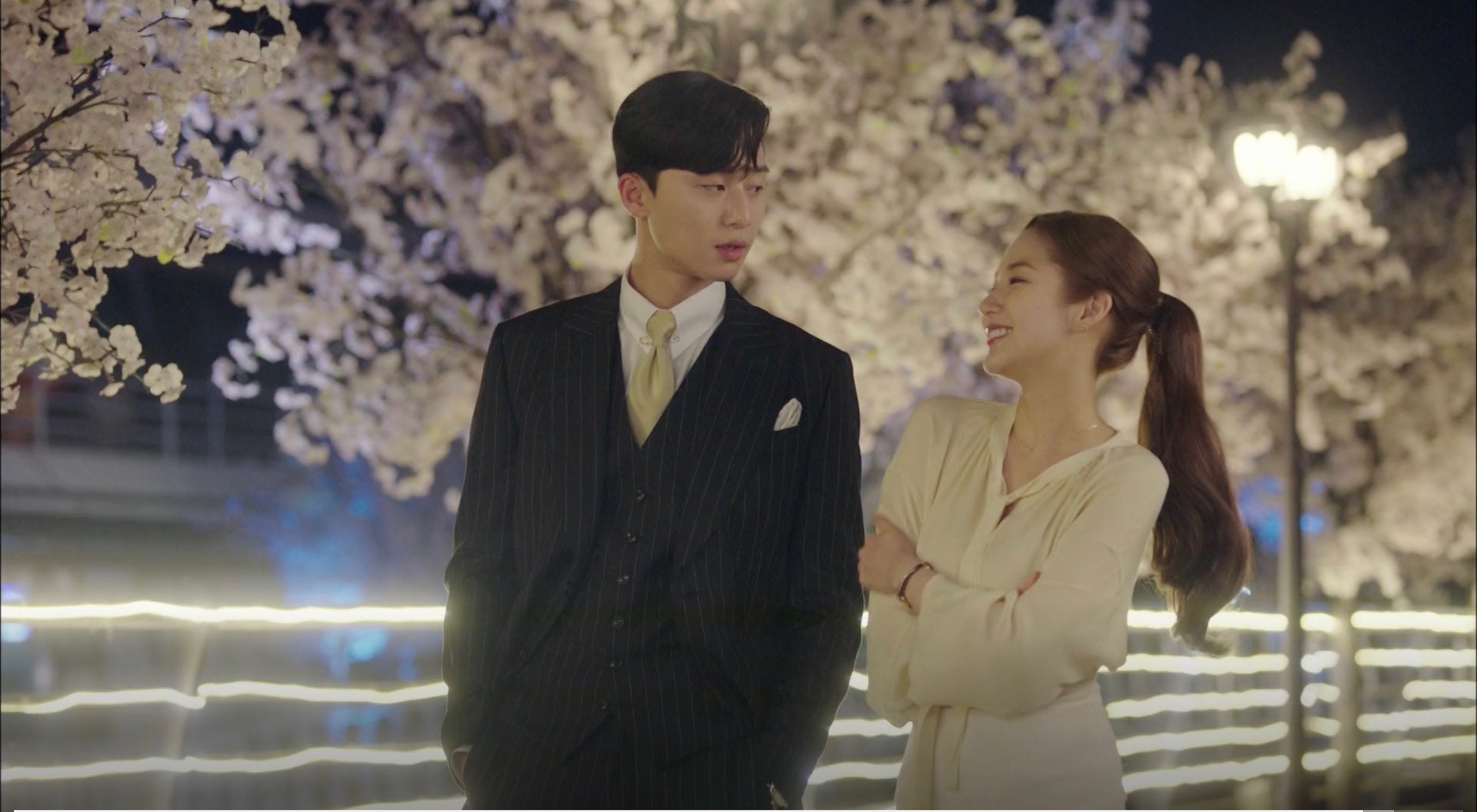 As long as Wonhyo Bridge exists, this part of Seoul will have a steady presence in K-Dramaland. This year, however, it was a more general feature of Yeouido-dong [여의도동] [13] through its diverse locations that helped this part of Seoul make it into the 2018 neighborhood list. Aside from tracking down a K-Dramaland staple restaurant, I also especially liked that the Swan Paddle boats were featured quite a lot this year. Discovering that E-land Cruise was already a staple in 2001 K-Dramaland was a nice surprise too; even nicer than seeing it reappear as a backdrop again on couple occasions this year. — Marion KDL 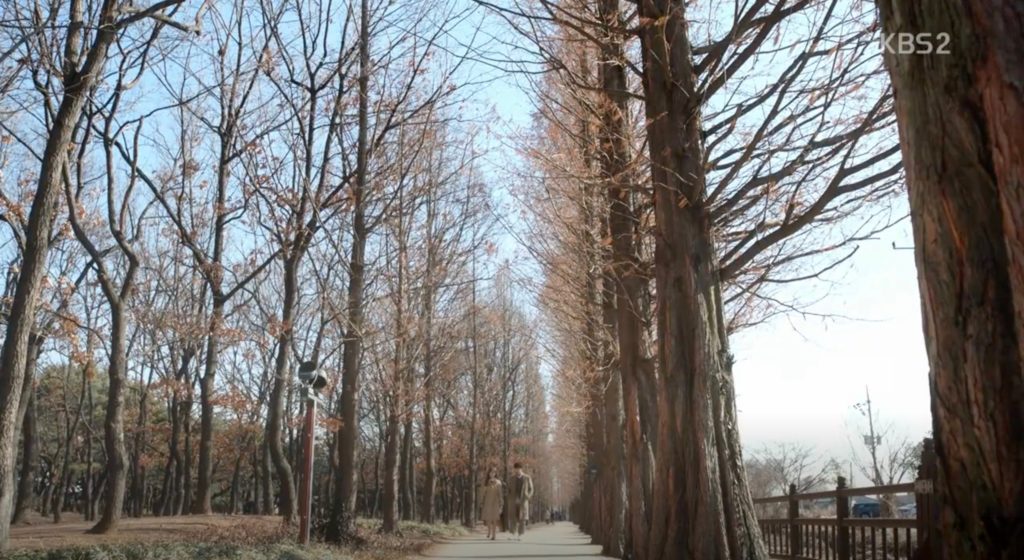 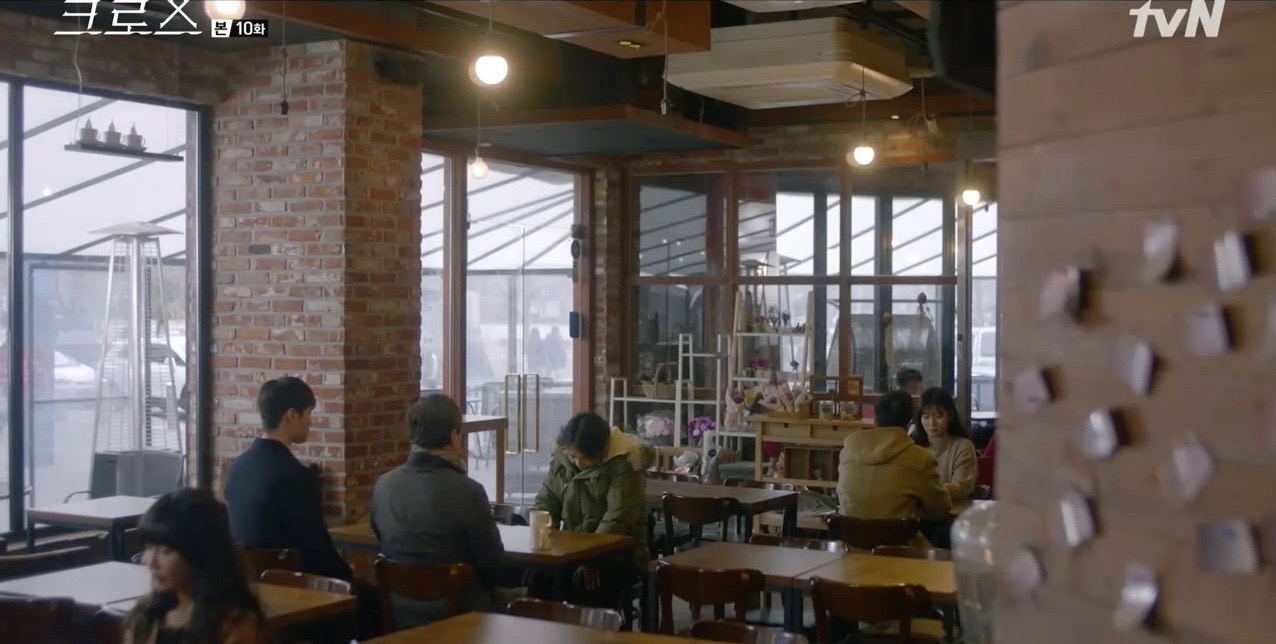 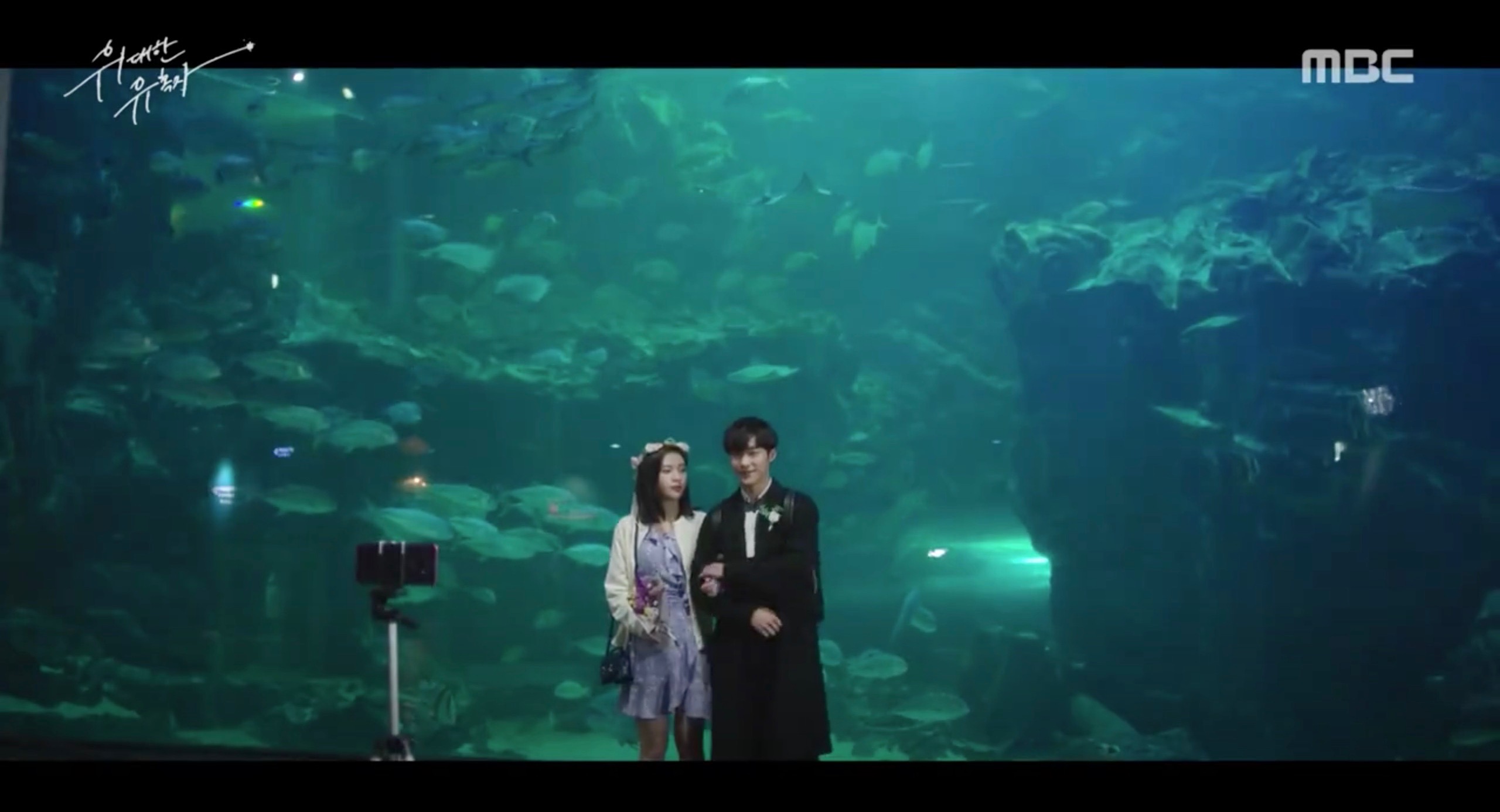 Ilsan is actually an area that I’m not personally familiar with, but one I’d certainly like to check out on a future visit to Korea. This, considering that quite a number of locations from Janghang-dong [장항동] [13] made it to our screens this year, with brand new places, and even familiar ones returning after a hiatus. This area’s signature location would have to be Ilsan Cultural Park, featured in five 2018 dramas. A word of caution, however — please don’t risk your life attempting to recreate the Feel Good To Die scene at Jeongbalsan-ro Crossing. We’d like to think that the roads are much busier than the show makes it out to be! — Mich KDL 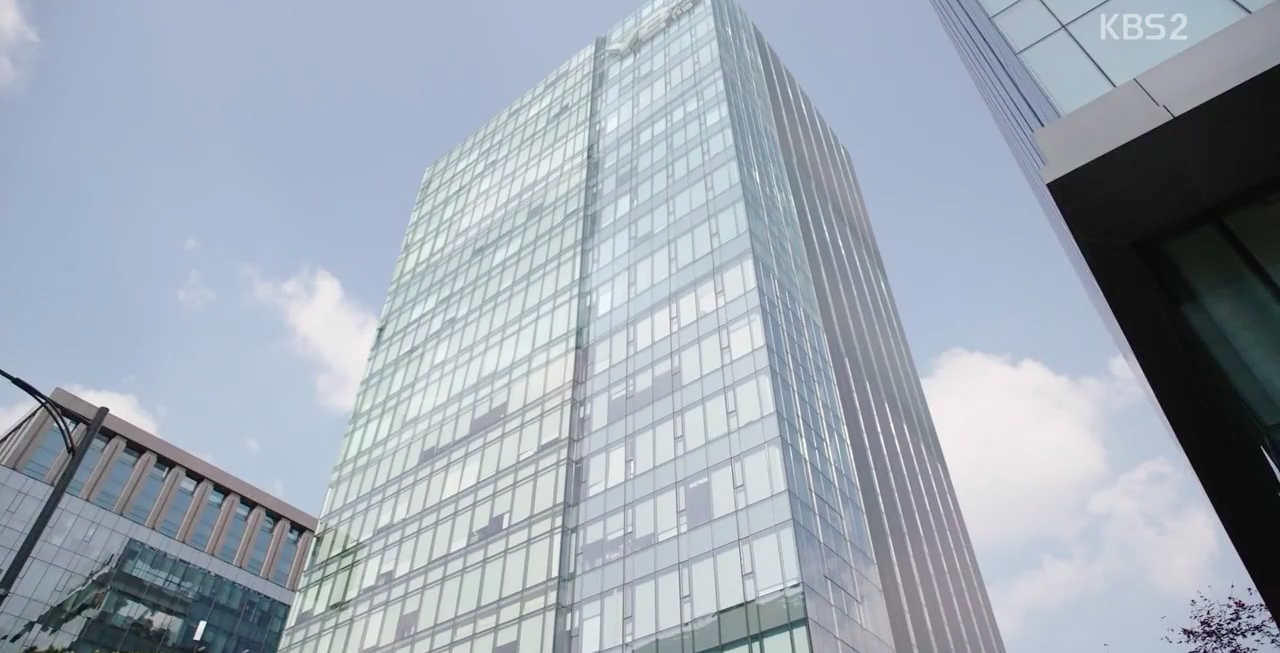 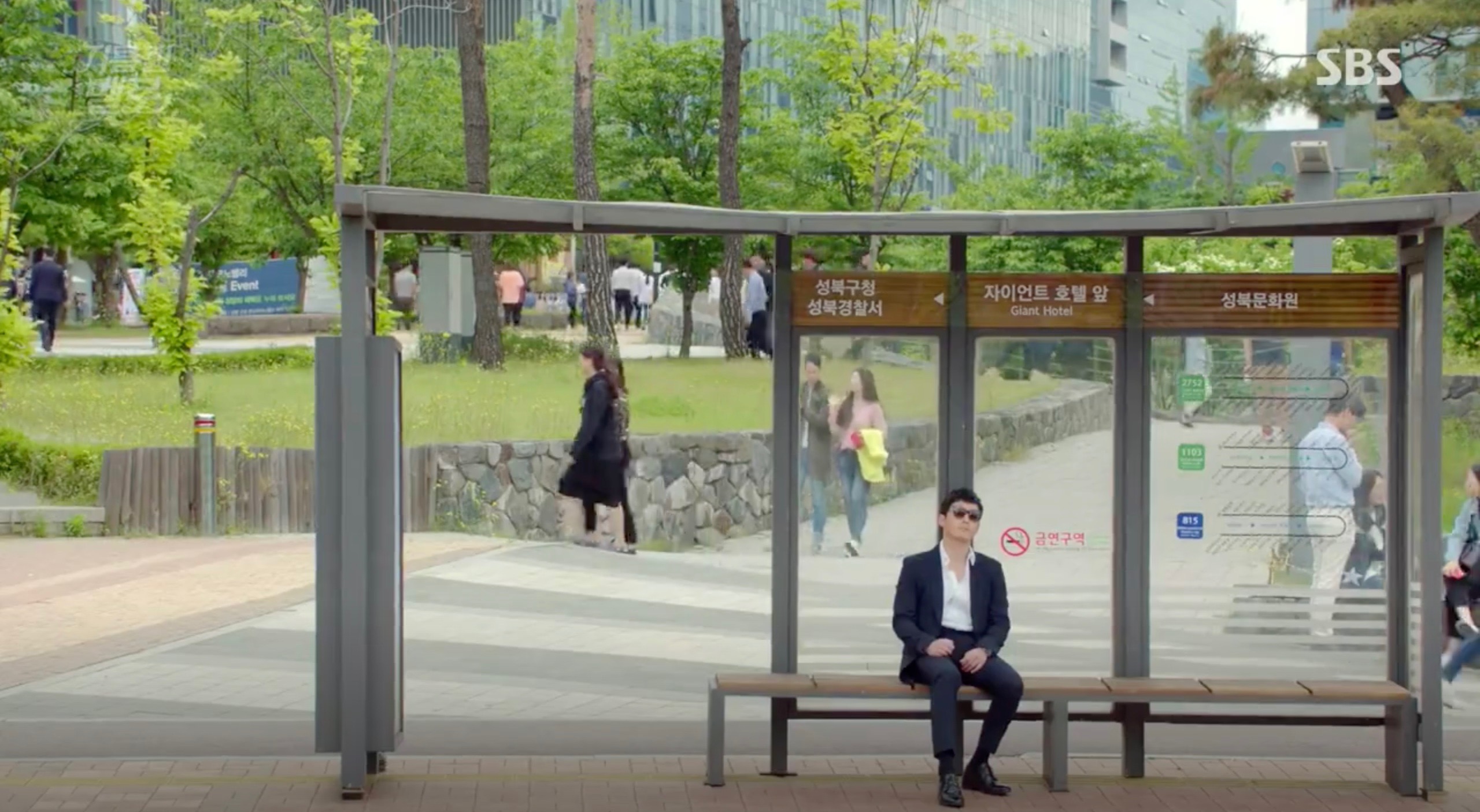 Year on year, Seongnam has increasingly put itself more on K-Dramaland’s map, and is quickly becoming the second most important K-Drama city after Seoul. Sampyeong-dong [삼평동] [11] is mostly known outside K-Dramaland because of Pangyo Techno Valley [판교테크노밸리, also known as South Korea’s Silicon Valley. In K-Dramaland, it was heavily featured in Still 17, Jugglers, and even two of Wok of Love’s main locations (of the few there were) were situated here. Even Encounter‘s ‘hotel’ is located here, though it’s actually a game developer’s office in real life. What stuck out most for me was how many of this neighborhood’s pedestrian bridges (and there are many!) were featured this year; it made me think that it would be fun visiting this place and making it a point to cross all of them. — Marion KDL 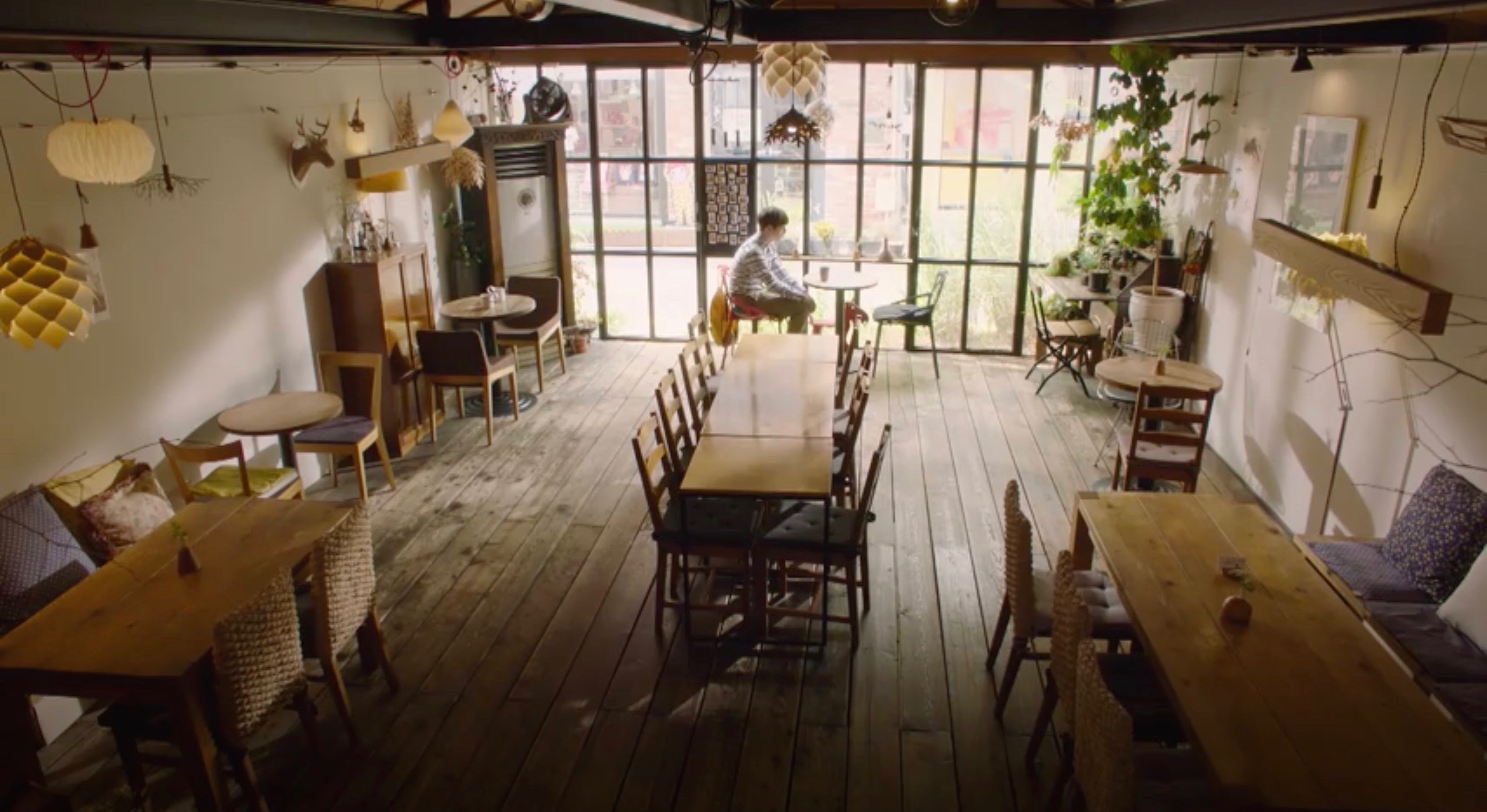 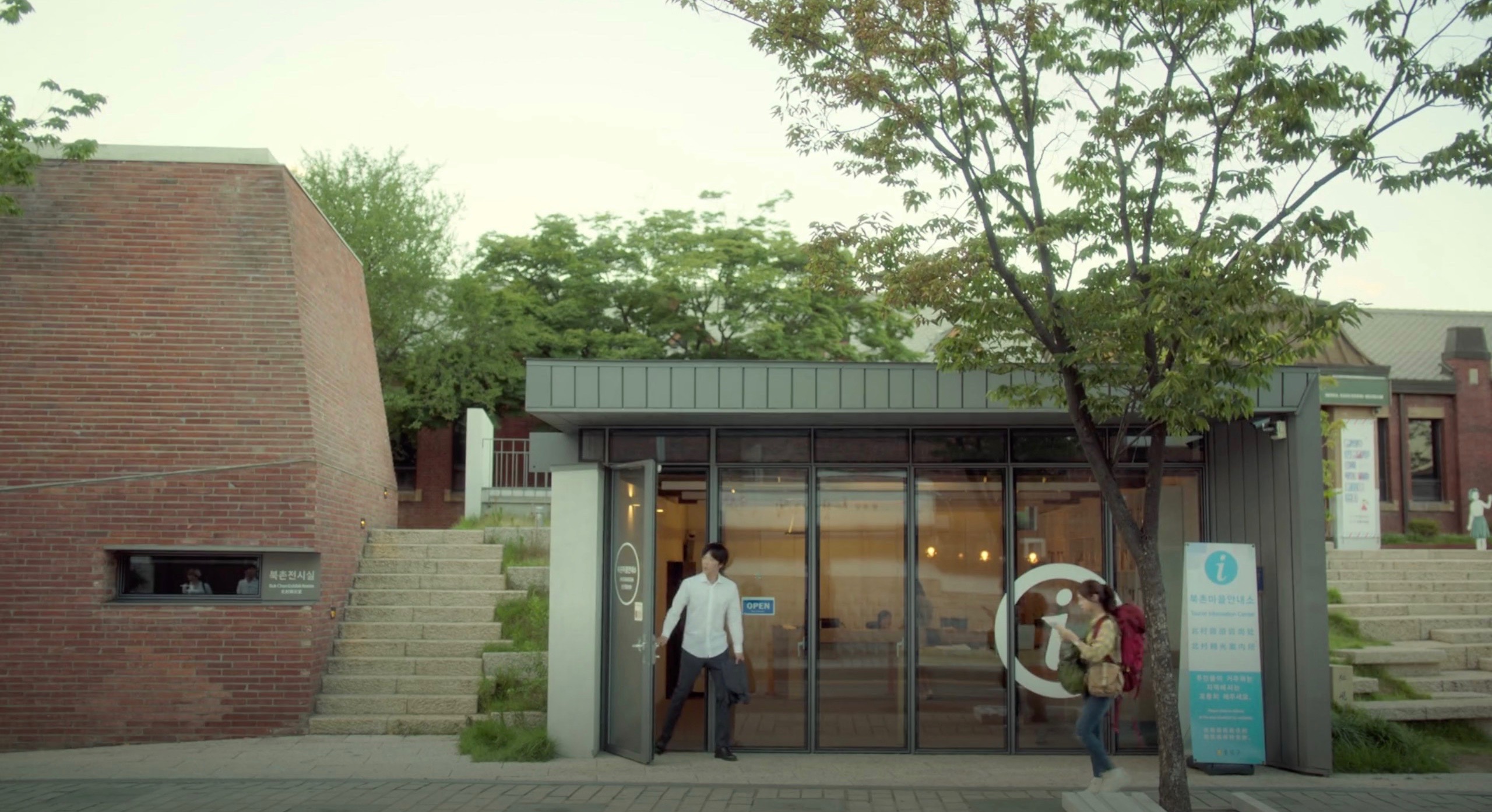 It was Twelve Nights (and a little in Devilish Joy) that put Samcheong-dong [삼청동] [10] and Bukchon Hanok Village back in the K-Drama limelight this year. This classic Seoul neighborhood continues to charm in it present day with its tiny alleyways (this time especially in its northern part) and its cafés. Also, the recent Seoul branch addition to The National Museum of Modern and Contemporary Art, located in this part of Seoul, was an important part of K-Dramaland this year, with Why Secretary Kim and About Time. We were also introduced to the rather new Bukchon Village Information Center from where Twelve Nights’ Cha Hyun-oh got information on where to stay and what to discover in this part of Seoul. — Marion KDL 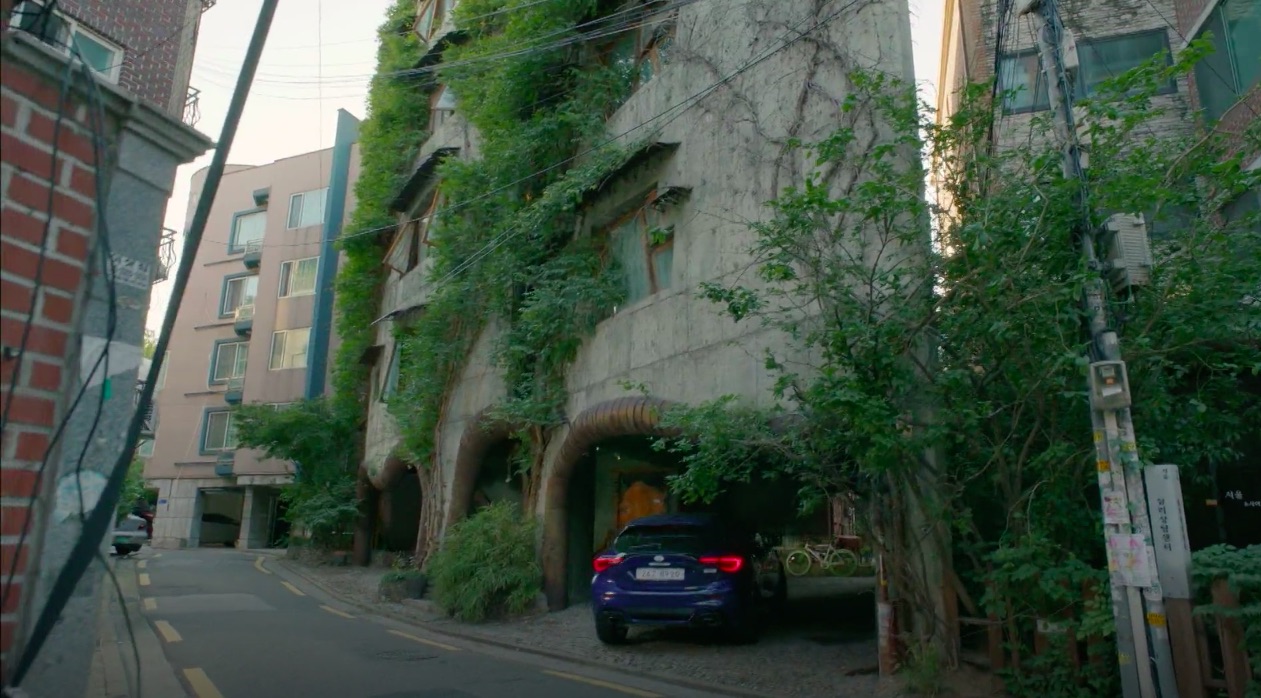 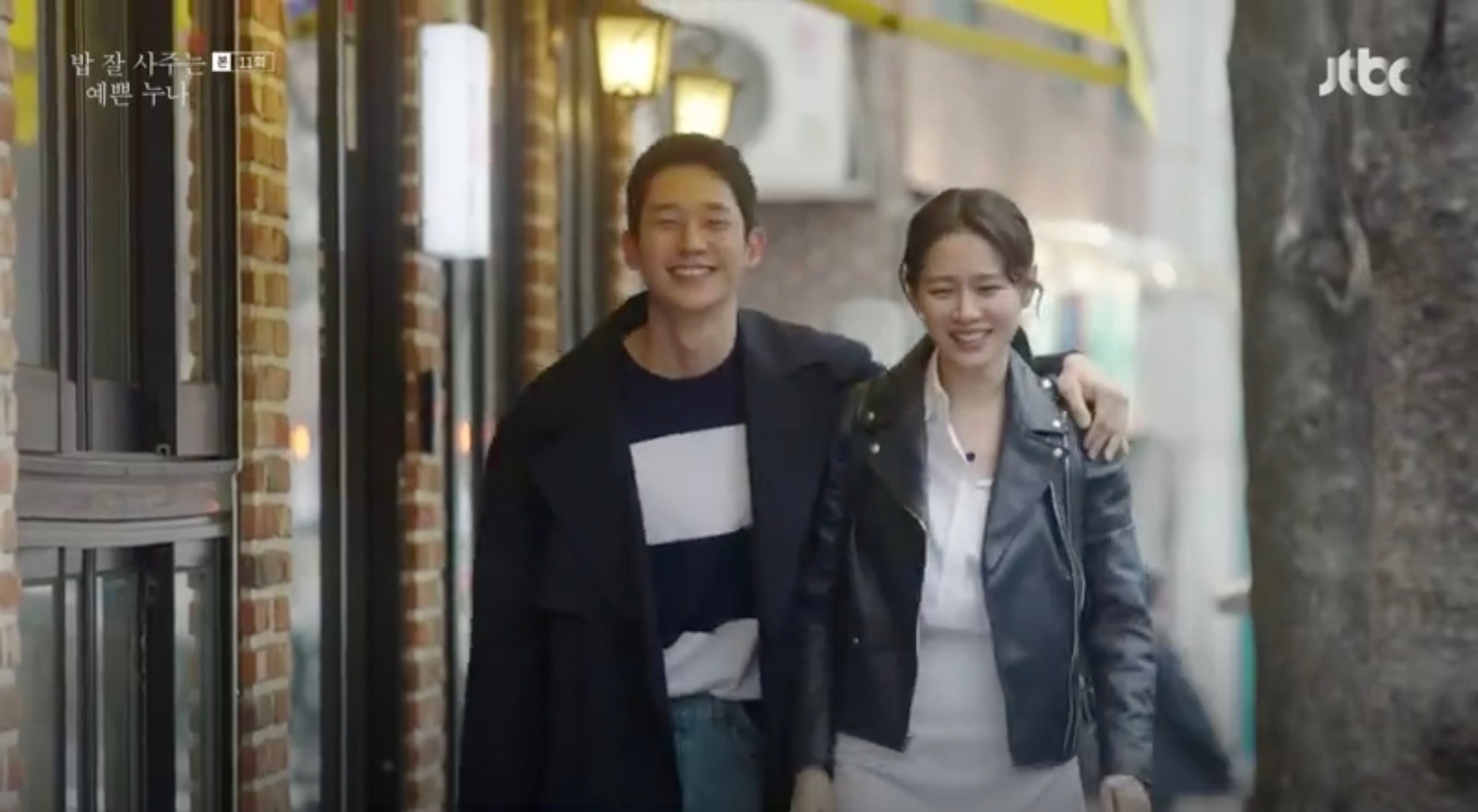 Cheongunhyoja-dong [청운효자동] is our special addition to this end of the year neighborhood overview – or my ‘coup de coeur’ as the French would say. It is like K-Dramaland’s hidden gem that started to shine this year. To most, it’s probably known because of the Rank and File Bookstore [대오 서점] or Shin Joo Yeon’s house; but along with that, the cozy and small restaurants, inviting streets to dwell and curious architecture gems seen this year in K-Dramaland have put this neighborhood very high on my go-to list. — Marion KDL

Hope you enjoyed reading back on our Neighborhoods of the Year! Which neighborhoods do you think will make it to next year’s list, or which new ones will emerge as K-Drama hotspots in 2019? Let us know in the comments!

Next week — take a journey with us beyond the shores of South Korea, to the world! Till then 😉