Did you notice how spray-painted walls get more and more screen time since 2017 and how some spray-painted places became K-Drama staples in recent years?

This is the reason why we decided to put together a K-Drama inspired Seoul graffiti itinerary. In case you love K-Dramas and have a thing for graffiti, these are the perfect spots for you. We separated this entry in two different sections for now. The graffiti tunnels and rooftops, meaning graffiti on the top of buildings.

Sinchon graffiti tunnel is a railway underpass right next to Sinchon Station. To get here, go to Sinchon Station [신촌역 경의중앙선] on the blue line, Exit 2. Turn left when getting out of the station and follow the road for 200-300 meters. The entry of the tunnel seen in The Goblin will be on your left hand side.

Some people come from the other side and use Megabox Sinchon [메가박스 신촌점] as landmark to find this place; you will need to follow the building and you will eventually end up at some stairs that lead you to the tunnel (this is where the place marker on the image above is situated).

Who can forget the piano in a graffiti tunnel in Page Turner (2016)? It was filmed here. Later, Park Do-kyung (Eric) broke down here in Another Miss Oh (2016) and this tunnel was again filled with music in The Liar and His Lover (2017).

Apgujeong Graffiti Tunnel is a highway underpass that connects Apgujeong to the Han River.
To get here, get off at Apgujeongrodeo Station [압구정로데오역], Exit 1 and walk straight for around 10 minutes direction Han River.

A gentrified industrial area where companies as Sehan Steel Corporation [세한철강상사] cohabit with the likes of fancy and hip places as Picture Book Bistro [그림책식당] or Vinyl House [비닐하우스]: this is Mullae Art Village. One of the rooftops here was predominately featured in Lookout (2017).

But this is not the only painted spot in this place of the town.
Just wander around and discover.

We Are Young Mural

If you know similar places, share them with us in the comments! 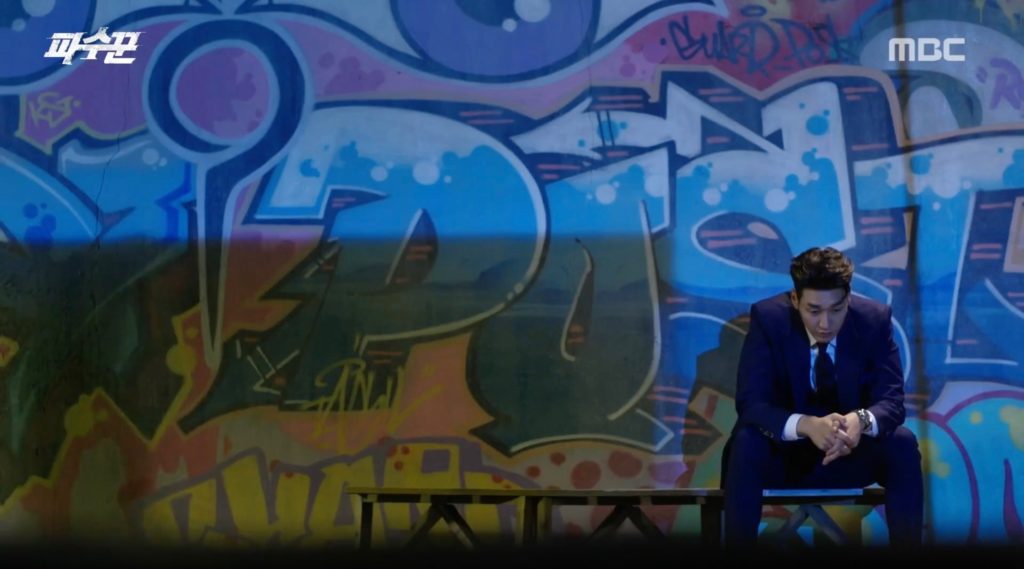